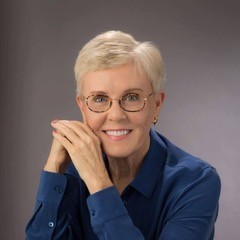 Today we’d like to introduce you to Pam Munter.

Hi Pam, thanks for sharing your story with us. To start, maybe you can tell our readers some of your backstory.
I grew up in the alphabet streets of Pacific Palisades, back when it was middle class. At the age of nine, I “published” my first writing, a four-page, carbon-copied newspaper about the Hollywood Stars of the Pacific Coast League. In addition to occasional trips to Gilmore Field to see them play, I seemed to spend an inordinate amount of time at the Bay Theater. I fell in love with movies and movie stars. That reality has informed my life through my many careers – from performing to university teaching, even to clinical psychology. Access to my own secret dreams seemed to provide easy entry to others’ wishes and fears. While writing was a common denominator throughout, when I closed the practice in Oregon, it was only natural that I would jump into show biz as an actor and singer. But also during this time, I wrote about the performers I admired. When my life hit an unplanned hiatus, I signed up for an MFA program for creative writing and writing for the performing arts. It gave me an opportunity not only to explore my own eventful life but to continue to write about the famous lives of others. The current book, Fading Fame: Women of a Certain Age in Hollywood, is a fictional account of what it’s like to commit the unpardonable sin of getting old in Hollywood.

We all face challenges, but looking back would you describe it as a relatively smooth road?
Being an androgynous young girl in the 1950s automatically put me at odds with society. Girls were expected to defer to boys, assume a husband’s identity upon being married, forego any profession except nursing and teaching. All around were women who stayed at home, raised their kids and complained about their husbands. I knew early on this wasn’t what I wanted. But stepping outside the norm continued to pit me against most elements of society. I was the only female grad student in my Ph.D. program, the only female faculty member in the psychology department of a major university. By the time I found the time and energy to begin performing, I was over the hill by most standards. While no one said it, I knew that gigs were usually offered to younger women who were far more adept at schmoozing than I was. When I entered the MFA program, I was one of only two students over 60. I didn’t experience any discrimination but finding peers was challenging. In all these instances (and so many more) the solution was to reach inside myself and work my tail off, to do the best I could, to go as far as my own limitations allowed. Obstacles are a part of life, of course. When one has self-confidence and something of a track record, the risk is almost always worth it.

Alright, so let’s switch gears a bit and talk business. What should we know about your work?
Today, I call myself a writer. I have published four books, the most recent of which is Fading Fame: Women of a Certain Age in Hollywood (2021). Two are autobiographical: Almost Famous (1985) and As Alone As I Want To Be (2018). When Teens Were Keen: Freddie Stewart and The Teen Agers of Monogram (2005) is an exploration of eight films produced at Monogram in the 1940s featuring the same cast. Writing has always been an essential part of my life, from my first “newspaper” at nine, to editor of the high school paper, to completing a journalism major at the University of California at Berkeley while writing a weekly column of film and TV reviews for the school paper. As a psychologist, I published a quarterly newsletter for my clients, as well as scholarly work for professional journals; as a performer, I wrote my own one-woman cabaret shows. From 1995 to 2010, I did almost two dozen lengthy pieces about often forgotten actors for Films of the Golden Age and Classic Images. Since the MFA (my sixth college degree) in 2017, I’ve produced more than 150 publications, reviews, nominations and staged performances of my plays. In fact, my first play, “Life Without,” was nominated by the Desert Theatre League for Best Original Writing. Fading Fame is a natural amalgam of two passions: show biz and writing. Though it’s purely fictional, it’s informed by my knowledge of Hollywood history and my genuine love for it.

Can you share something surprising about yourself?
While it may seem obvious, I have made propitious use in all my writing of the education and insights from a quarter-century of working as a clinical psychologist. Fading Fame, for example, emphasizes the internal world of the performer – what she is thinking, why she makes the decisions she does., and how she reacts to the fate that has befallen her. Though the events may prove dramatic, wandering around inside my character’s head is a major strength in the writing. 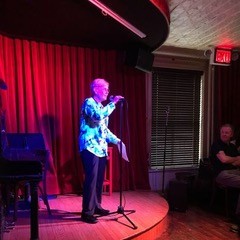 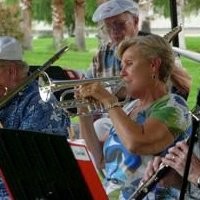 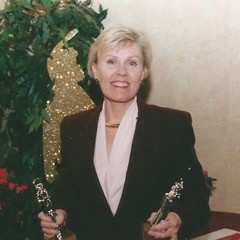