Life and Work with Jana Schmieding 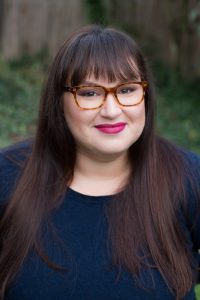 Today we’d like to introduce you to Jana Schmieding.

Jana, please share your story with us. How did you get to where you are today?
I was born and raised in small-town Oregon to a family of educators. I’ve never gone to school without one of my parents working there so I always got the best teachers but I also never got away with any deviant behavior. I love my family to death; I’m very close with extended family and my tiospaye, which is a Lakota term that means “extended family and close friends whom one treats like family.”

The maternal side of my family is Lakota Native and my siblings and I were raised pretty traditionally in the Lakota ways within the tight-knit intertribal community in Oregon. So while I went to predominantly white schools and communed with a bunch of conestoga wagon-loving Oregonians, I was raised by a very diverse and thriving community of Native people who spent their lives making space for their and their children’s Indigeneity. I carry this mission into my own life and work; my grandparents and parents worked very hard to equip me with the skills necessary to combat Native erasure. I work really hard to bring my full Native self to this world. I refuse to let the colonizers win, damnit!

I went to college at the University of Oregon (go Ducks) where I studied theater arts, got into improv comedy and organized with the Native American Student Union and the other ethnic and cultural student orgs on campus. This is where I learned that theater, film and television didn’t have roles for a broad like me: chubby, Native and goofy as hell. I began writing for myself and working toward goals of carving out my own little pocket in the media/entertainment world.

When I graduated from college, I flounced off to New York City to pursue dreams of spending my days on Broadway and quickly developed a hatred for the “starving artist” lifestyle. So I went into the family business and became a teacher. For the next ten years, I taught middle and high school Humanities to students with learning disabilities by day and got heavily involved in the improv ans sketch comedy scene at the Magnet Theater in Chelsea. I didn’t move to LA until 2016 after deciding that I wanted to shift careers, leave full-time teaching and attempt a career in writing for television. After three years of writing, submitting, getting rejected and writing more, I was hired to write on the show Rutherford Falls, a comedy with Native writers and characters coming soon to NBC’s streaming network, Peacock!

Great, so let’s dig a little deeper into the story – has it been an easy path overall and if not, what were the challenges you’ve had to overcome?
A smooth road? Hell no! For ten years I was teaching in one of the poorest congressional districts in the U.S. from 7:30am until 4pm and then rushing down to midtown Manhattan to rehearse, perform, coach or write until 11pm and then would head back up to my apartment in the Bronx and do it all again the next day. Looking back, would I have changed anything about my grind? Absolutely not. The comedy hustle – shit, the LIFE hustle – is all a part of it, and it instilled in me a work ethic and a passion for equity that I have really come to appreciate about myself. I got my graduate degree and busted my ass to be the best educator I could be for my students, knowing the barriers to opportunity that they would face in their lives. I was also able to apply my skills in teaching and learning to comedy, learning how to turn stories of hardship into comedic social commentary and how to punch up at vicious systems and hierarchies.

I think it was really valuable to come to my comedy work with a clear point of view and an assuredness about my experiences being marginalized in comedy spaces. And inversely, having comedy in my daily life helped me bring joy and energy to my teaching career. They fed each other. My schedule and expertise in both fields left little room for bullshit, so I ended up sacrificing a lot to give full focus to my careers. I missed out on romance, building a family, travel and a lot of relaxation through my 20s and early 30s. But I wouldn’t change a thing. I love a bumpy road. I think adversity builds character.

We’d love to hear more about your work and what you are currently focused on. What else should we know?
When I moved to LA in 2016, I got a job at an education non-profit and got right to work teaching myself how to write tv pilots and screenplays. I stepped away from performing live as much as I was in NY and gave myself more space to sit at a computer and just…write. I started a podcast called Woman of Size to interview people from all walks of life about how weight stigma and marginalization affects their work and that has been my DIY creative project for three years. It’s great because I can talk about my own identity and my own journey toward fat acceptance while conversing with others and clowning on the beauty industrial complex. Meanwhile, I kept submitting my scripts – all of them about Native women – to screenplay competitions and festivals. The rejections flowed in and puddled around me and honestly, it really helped me get over my fear of rejection. My rejections became a source of pride. In August of 2018, I decided to completely step away from my full-time job at the non-profit and dedicate all of my time to writing. I saved enough money to get me through five months of living without a job and somehow stretched that into eight months. I was extremely poor and stressed out by October of 2019. I made a pact with myself that I would give it a few months into 2020 and then head back to Oregon to live with my parents…AT 38 YEARS OF AGE. Woof. Times were tight. In every way.

But then, through the connection of a friend from NYC improv, I signed with a manager at 3Arts. My manager loved my writing samples and started sending me out on general meetings with studios and production companies and all of my training working with other teachers and meeting with anxious parents paid off. I wasn’t the least bit intimidated or scared and was able to make authentic connections with each exec I met. It was a really fulfilling feeling to sit at the intersection of opportunity and readiness. The incredible Sierra Teller Ornelas, a Navajo and Mexican American tv writer (and guest on my podcast), hired me to write on her tv show, hired me to write on her tv show – the first network comedy to have five Native writers and tons of Native characters. It’s truly an honor and every day feels like a dream. I know that at some point, the job of writing for tv may begin to feel like “just another job,” but I’ve been working so hard for so many years to be here that I treat every day like a wonderful gift.

My podcast project about body diversity and weight stigma have opened up doors for more Native voices in the fat acceptance space. My writing was included in a book called The (Other) F-Word, a compilation of fat positive voices, edited by Angie Manfredi. So in 2019 I had my first book signing! Also, through my podcast, the Smithsonian National Museum of the American Indian in D.C. reached out to me to ask if I would be the voice of their walking tour. So in the spring of 2020 and for about a decade, my voice will take you on the museum tours at NMAI on the National Mall as well as in Battery Park in NYC!

What advice would you give to someone at the start of her career?
I have endless advice for women starting out in their careers but I’ll focus this advice on my young, Native nieces coming into their own livelihoods: work hard and be loud. There is plenty of space in this world for all of us but we have to really elbow our way into the front of the crowd to be seen and heard. Connect with Native women who you admire in the field of your interests and continue to build a community for yourself with them. We know how to do that and it’s an asset! We are such a powerful voice in culture and this is gonna sound corny but stand in your power. There is literally nothing you can’t do once you learn how to navigate systems that mean to keep you silent and expose their flaws. 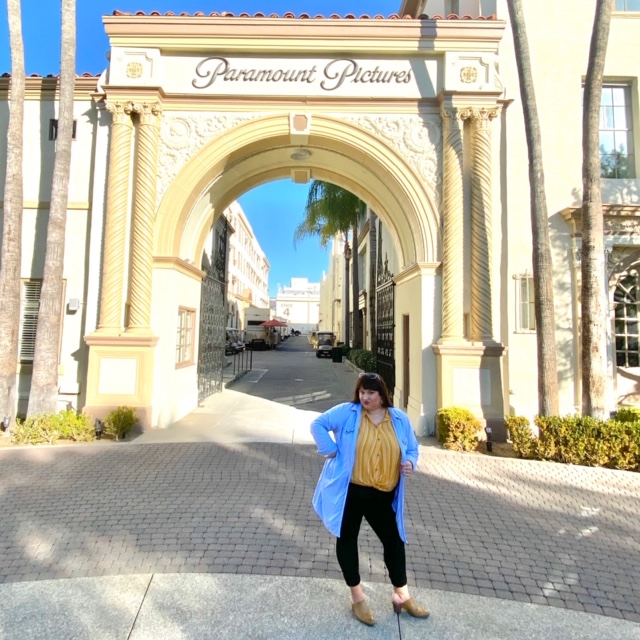 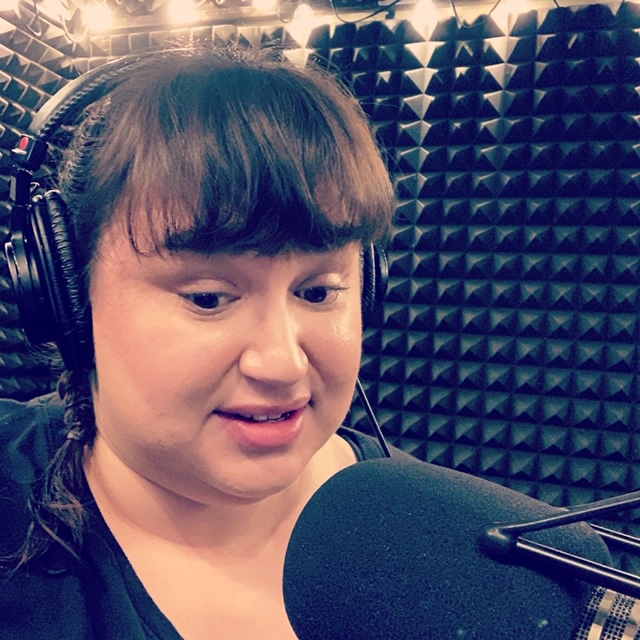 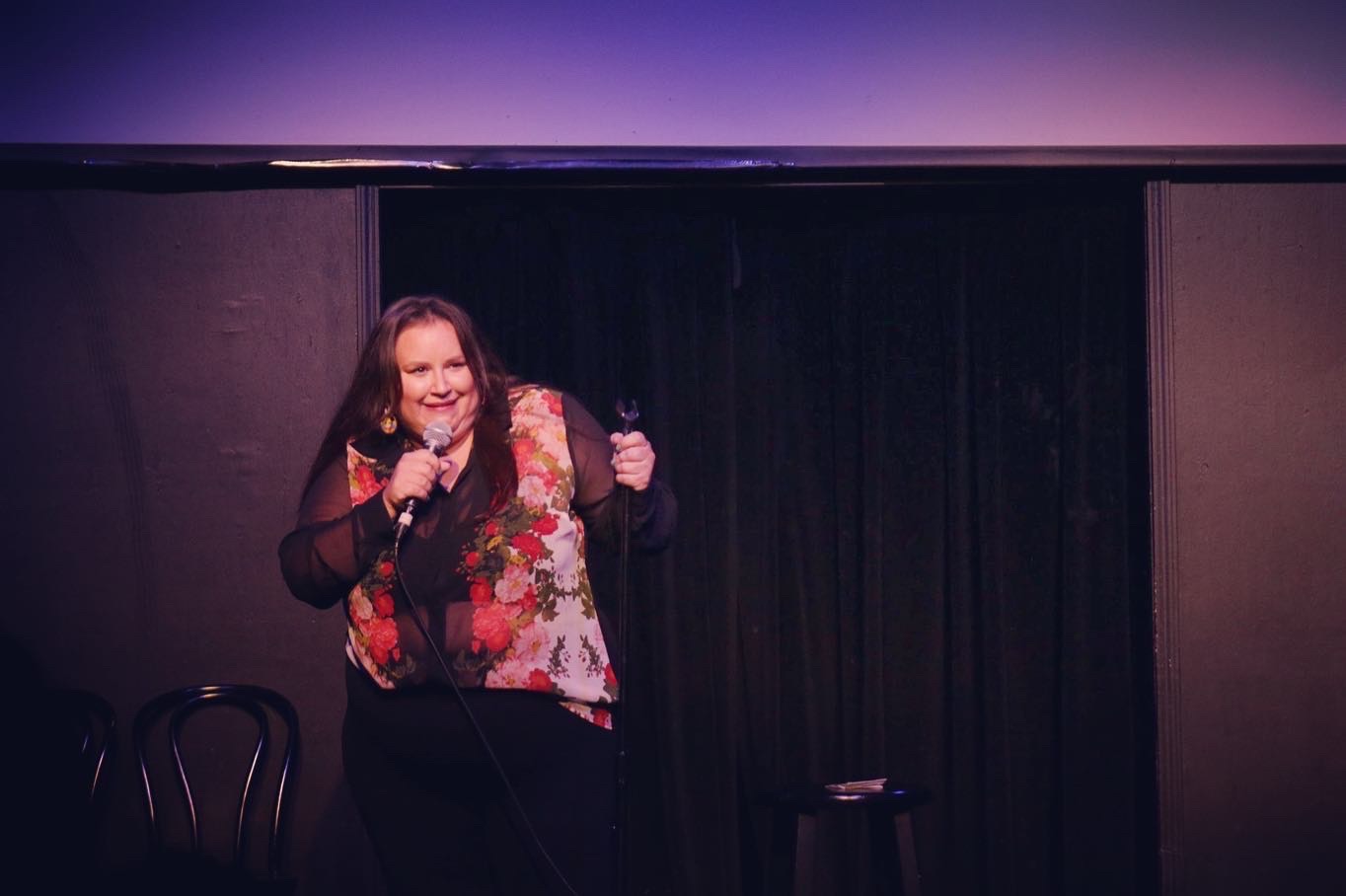 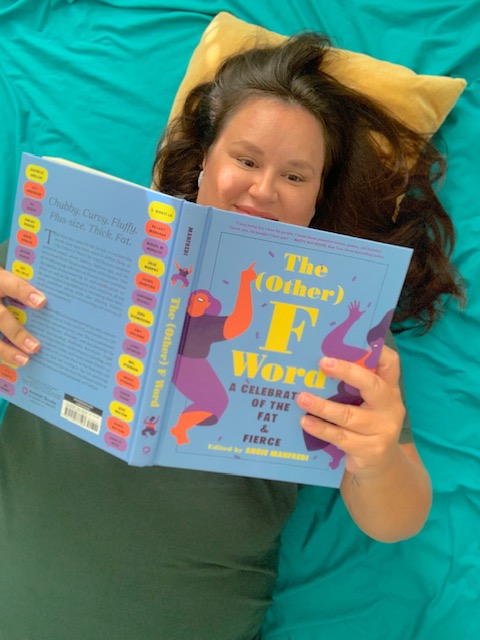 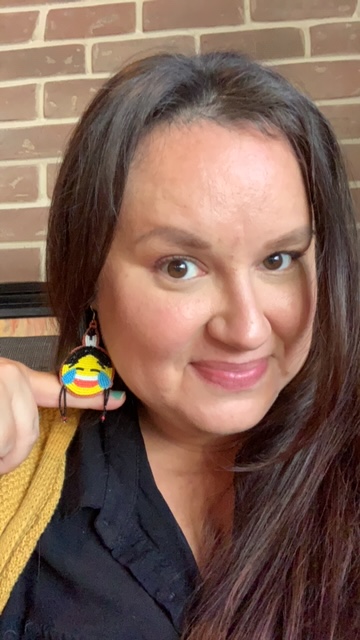 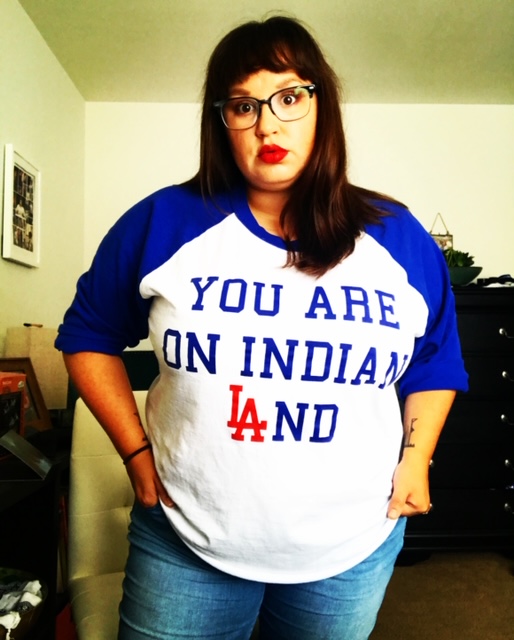