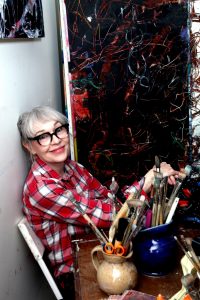 Today we’d like to introduce you to Carol Bivins.

Hi Carol, please kick things off for us with an introduction to yourself and your story.
Growing up in a small town in the middle of the country, as soon as I turned 18 I moved to New York City and began pursuing an acting career. After spending many years living in New York and Los Angeles and working in theater, television and appearing in such films as Defending Your Life and Groundhog Day, I left LA in September 2005 to assist my mother in her move from Florida after she lost almost everything in Hurricane Katrina. 2005 also changed my life in that earlier, in March, I met someone in Santa Monica who actually lived in the Southwest. We dated long distances for several months and things became serious between us. After getting my mother resettled, he asked me to come to New Mexico and build a life with him instead of returning to LA. It was an exciting time for us, though there was very little in the way of acting work, and after a couple of years, I realized I very much needed to develop a creative outlet. I bought some books and began to teach myself to paint.

Eventually, I took a workshop in oil painting and followed that by enrolling in some fine art courses at the University of New Mexico. My work evolved and I had a large painting in my first group exhibition in 2014. Two years later, I booked my first solo exhibition and one of my paintings won the Blick’s Pantone Color of the Year Art Award 2016. That gave me enormous encouragement and I’ve been painting continuously since that time. Looking for new energy, adventure and inspiration, my husband and I relocated to Colorado. Currently, I have work in exhibitions in Wisconsin, Maryland, North Carolina and six paintings were just juried into the Art Against Racism: Memorial.Monument.Movement exhibition whose galleries are in New Jersey. They will remain as part of the permanent online archive. I’m very proud of that. In addition, I have a group exhibition opening this summer in Arvada, CO and a solo show this coming October in Denver. I definitely feel blessed.

We all face challenges, but looking back would you describe it as a relatively smooth road?
Oh no, it’s been such a ride. I didn’t paint for almost a year and half after my university courses ended in 2012. I got sidetracked and focused on ceramics. Then, once I picked it up again, it took a long while for me to create anything I was proud of. Early 2015, I started experimenting with cold wax as a medium and my work just came together. I created several pieces I knew were pretty good so in November of 2015, I decided to have some of my work photographed and build a website. The second week of November, I had to get a steroid shot for a torn rotator cuff and that night went to my first class on how to create a website. Two nights later, at 2:00 a.m., I was lying on the floor of a very dirty bathroom in an ER, so sick with pain that I could barely stand. They couldn’t find anything wrong and sent me home. By the end of that week, on a Sunday, I was in a second emergency room where they took blood samples, put me on an antibiotic and arranged for an MRI the following day, Monday. The hospital called and left a message during my MRI that said I needed to return to the hospital as soon as I could. That night was terribly frightening. I was hallucinating and when my husband arrived the next morning, I was on oxygen and they told him I’d had a heart attack. I hadn’t, it was just that the pain was so excruciating, the tech had misplaced the sensors in order not to hurt me further.

Within 20 minutes, I was moved to the ICU. The doctors came in and explained the steroid shot was somehow contaminated and had given me MRSA. The infection had spread from my shoulder injection site across my entire upper body and I could barely move. Massive doses of antibiotics and surgery saved my life. I had a pick line in my left arm and was given six infusions a day for one month after I left the hospital and occupational therapy for nine months to recover movement in my right arm — my painting arm. After the first three months of recuperation, I was able to sit with a computer and went back to building my website. I steadily improved and regained complete use of my arm by the end of July 2016. Then I had to dig in and work for months to get my skills back up to speed. Moving to Colorado created new challenges. My work materials were in storage for nine months while we looked for more permanent housing. Finding resources, finding a new arts community… it’s taken almost two years for me to create a new nest with new friends and I always like the excitement of discovering new places. It’s been a good decision.

Appreciate you sharing that. What else should we know about what you do?
Most of my paintings are abstracts created with oil and cold wax. I usually begin by mark making and laying down shapes, lines and images randomly. Once a satisfying series of marks is laid down, I add oil and cold wax, layering with texture and color. Areas of the painting can then be scraped back, revealing what’s underneath. I like discovering these remnants of earlier marks and it allows the history of the painting’s development to become visible. Color seems to be my metier. People have often remarked upon my “color story. I’m not sure how that came about, I didn’t study it in any particular manner, it just seems to be my sensibility. My works are process driven and initially develop intuitively.

When a work is nearing completion, that’s when I begin to analyze it and more deliberately assess what it needs — what mark, what color, what gesture, will resolve the piece into a successful painting. ​If you look at your work long enough, it will tell you what to do. Guarding against Covid-19 and in extreme isolation, I stayed at home the summer of 2020 and watched as the nation erupted and the national news was filled daily with inexplicable deaths, cruelty and racial pain and anger. This impacted my work very much. As a painter, living with ambiguity and uncertainty is a constant. This was different. I felt wildly unsettled and my paintings were filled with muddy colors and fragmented images. Nothing worked. It propelled me to create a new series using neutrals — mostly blacks, whites, grays and browns. It was an interesting and enormous challenge not to add color to make them work.

Several of those works have been juried into upcoming exhibitions as so many galleries are now hosting exhibitions about surviving 2020. I paint what I feel. That’s the intuitive nature of my work. Painting serves as a way for me to express my reactions to the world at large. In the last six weeks, I’ve created two representational paintings. It’s rare for me to start with a preconceived image of a painting, but these two, I saw in my head as almost complete creations. Lots of colors but choosing to leave them as they are in lieu of covering them with abstract layers. They still echo my emotional responses to life and are satisfying in a different way. These two are the first efforts of a series I have in mind around identity and are not yet on my website. I’m actually not sure what to do with them, ha! Guess I’ll wait to see how the series develops… I did include one in the photo section of the questionnaire as it directly represents what I’m working on now. Ultimately, exploration is what matters to me — pushing, expanding and honing my own abilities. In writing this, I just realized how true it is! Five years ago, I entered two quotes on my website — Matisse and T.S. Eliot. Both reference that very thing.​

Can you talk to us about how you think about risk?
I think we all need to use the word “risk” where ever we can and as much as possible to accustom ourselves to taking them. As in, I’m going to “risk” having this cup of coffee this morning, or I’m going to “risk” this color in a painting! It feels like I’ve been risking all along in my life’s journey… from silly things like refusing to be a cheerleader in my senior year of high school (after several consecutive years of it). Some family and friends were upset and it left me feeling friendless for the first three months — my peers were shocked I would give up a position of popularity. Then I risked leaving the Midwest for New York City and found an apartment and lived by myself and explored the City alone until I met people and made friends. Risked moving to LA, risked leaving LA… it feels like all of my life’s big choices have been major risks. And I’ve finally learned to make myself say “yes” to things I’m afraid to do. Now, I’m not so concerned with failing. It’s that I believe that making my best effort is better than not trying — I’ll learn more. 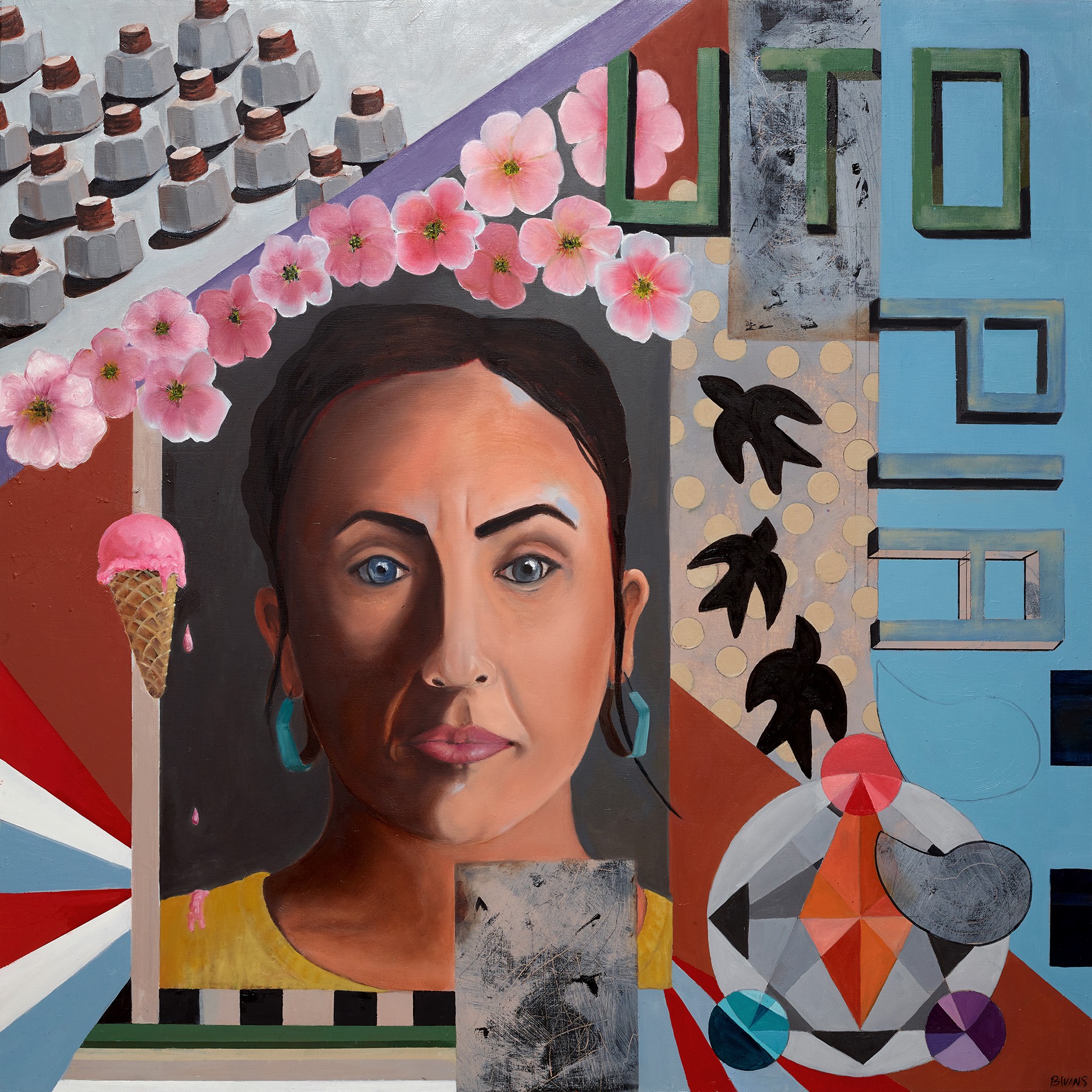 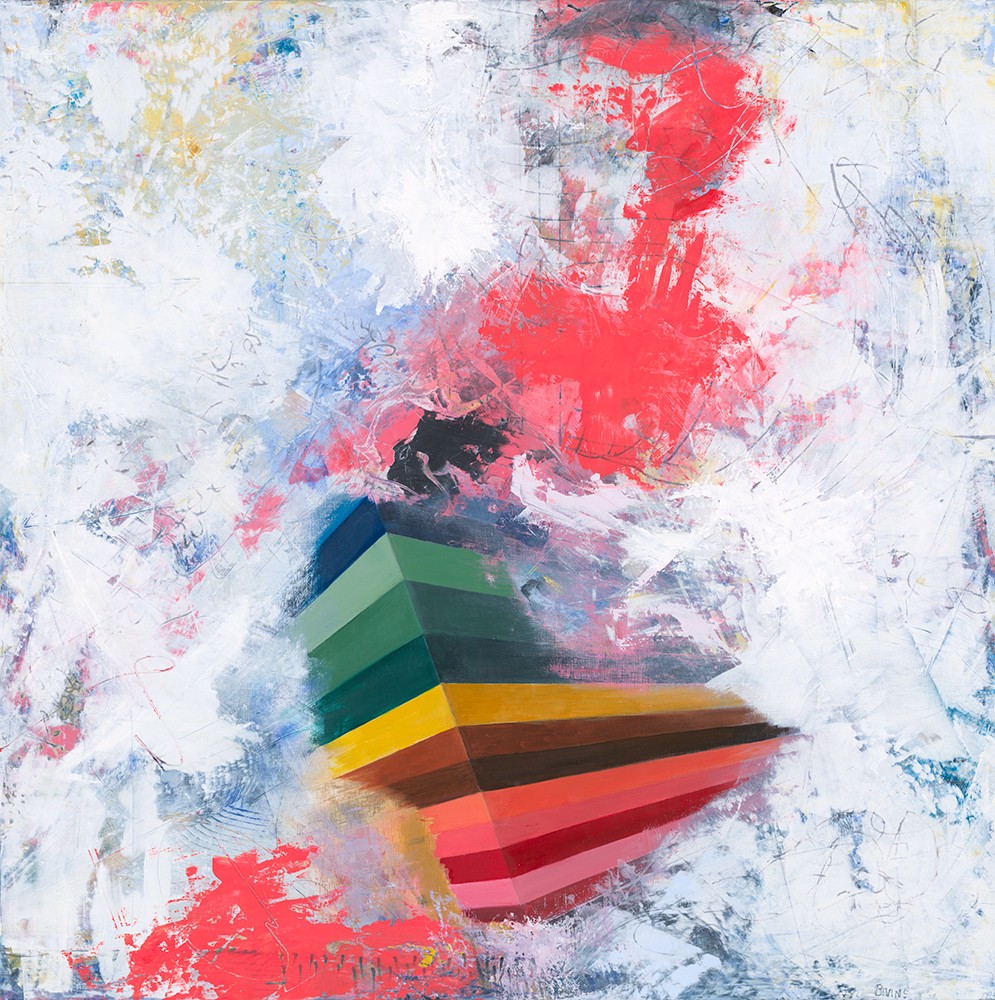 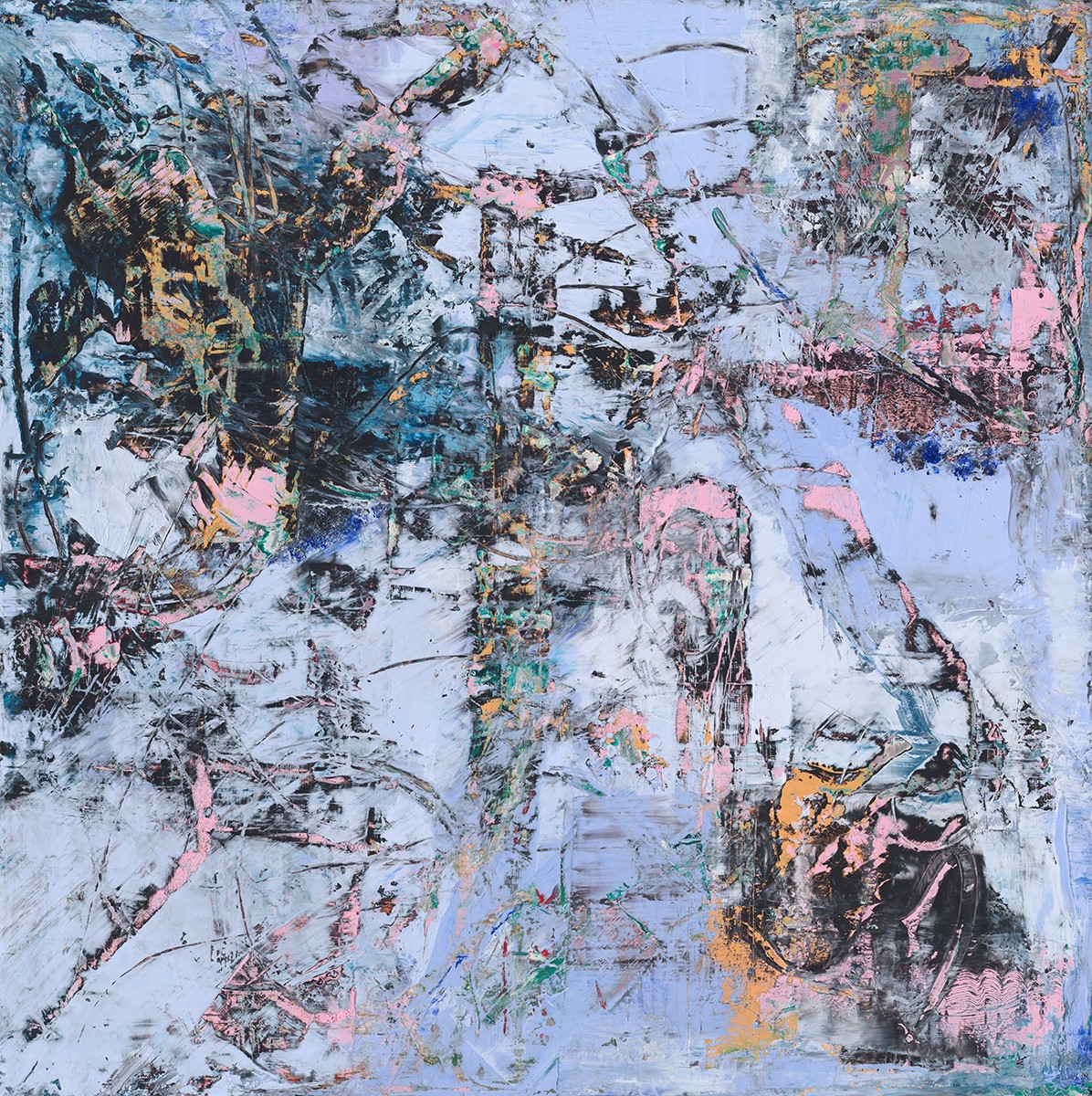 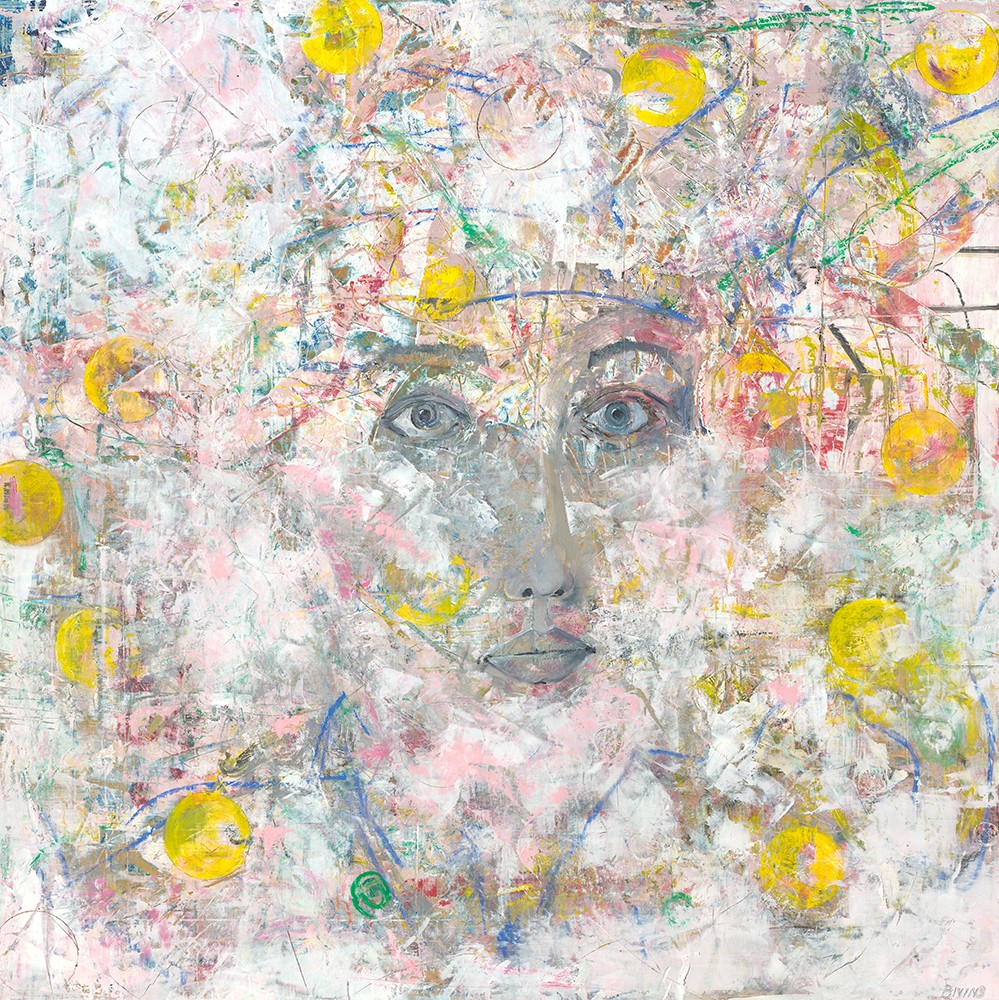 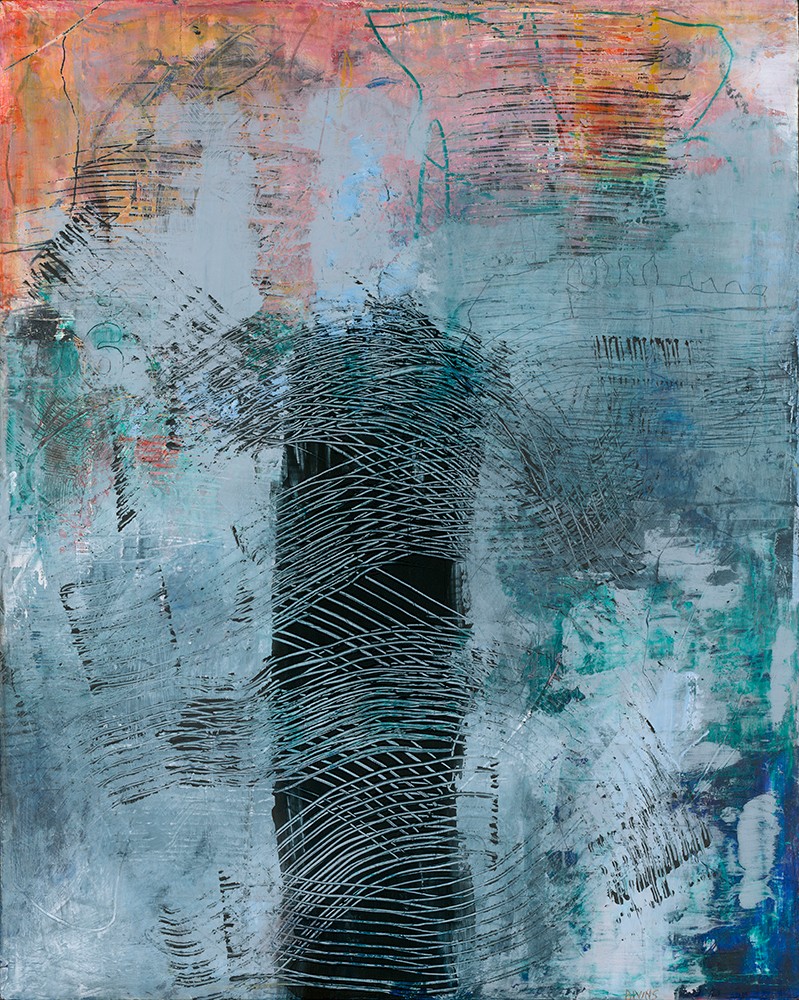 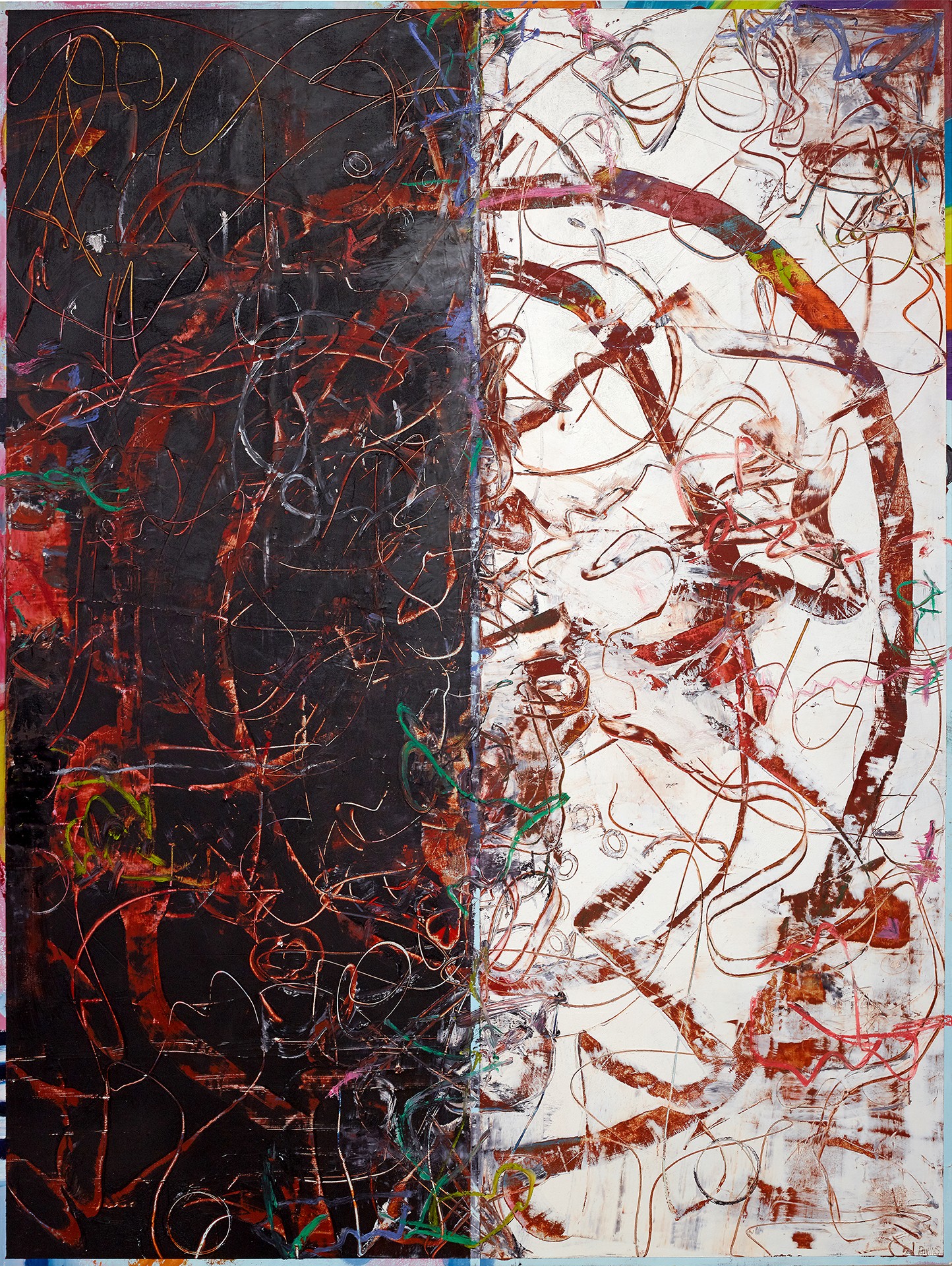 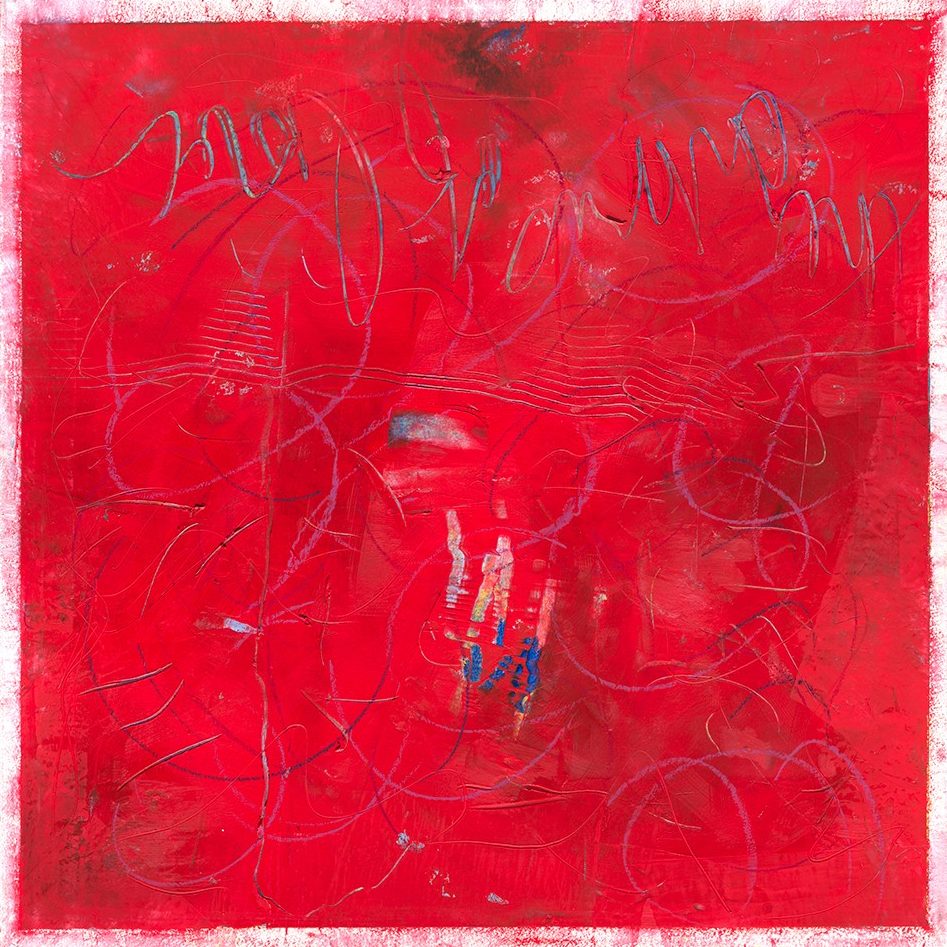