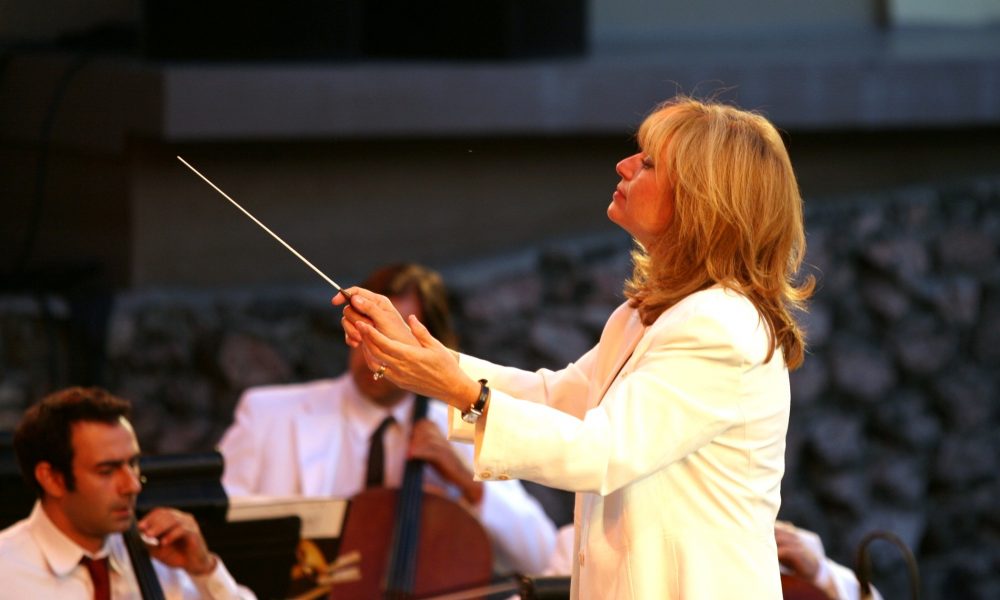 Today we’d like to introduce you to Noreen Green.

Hi Noreen, so excited to have you on the platform. So before we get into questions about your work-life, maybe you can bring our readers up to speed on your story and how you got to where you are today?
I was born in Los Angeles; my mother was actually a native Angelino, growing up in Boyle Heights. My father was born in Brooklyn. Music was very integral to our childhood. My brother started violin when he was three and I started piano at five.

I loved accompanying on the piano and guitar and I loved being in the choir at both school and at my temple. I would sing solos at services every Friday night. Music was also my social outlet; I was elected President of the school choir and would organize social musical events for the group. In my last year of high school, I learned how to conduct a choir rehearsal and was the student music director of the musical – Fiddler on the Roof! I remember thinking, “Oh, this is so cool! I want to do this!” and so I ended up doing it!

I went to college at the University of the Pacific in Stockton, California. The choral director there was Dr. William Dehning, who was a star in his own right. He inspired a lot of great choral conductors. After graduation, I got a teaching job at a Catholic high school in the San Fernando Valley. I taught choir, drama and English the first year and started directing musicals – I loved it! But I didn’t love teaching high school. So I went to Cal State Northridge (CSUN) to earn my Masters. I chose CSUN because of the choral director there, John Alexander, and his stellar reputation. Immediately he made me his assistant and I was a TA there for two years. I loved teaching college and here I was, an assistant professor at the age of 24. But I knew if I wanted a tenured position, I’d have to earn a doctorate.

The University of Southern California had one of the highest reputations of music schools and that’s where I went. (This was prior to its renaming as the Thornton School of Music.) I was hired to continue as an assistant professor in the CSUN music department, and I was hired to conduct the theater department’s main stage musicals. In addition, I was music director at Temple Ramat Zion and I was conducting a community choir whose repertoire was dedicated to keeping Yiddish music alive. It was an amazing time. I couldn’t believe this was my life: teaching college, conducting musicals, conducting choirs with Jewish music – and I was in my late 20s!

While I was searching for my doctoral treatise’s topic, I attended a choral concert conducted by the famed Roger Wagner at Royce Hall. The whole concert was the music of David Nowakowsky, known as the “Jewish Bach.” I knew two choral pieces by Nowakowsky, and now I was listening to a full concert with orchestra, choir, and soloists of his music, and I was enthralled! I had never heard anything like it; I didn’t know this kind of Jewish music existed. David Nowakowsky became my treatise topic, and I had the good fortune of traveling to his birthplace, Odessa, Ukraine, to present a lecture on his music and to work with a director on a documentary film about Nowakowsky and Jewish life in Odessa during his lifetime, prior to the Russian revolution in 1917.

After graduating USC, getting married, and a short teaching year at Cal State Bakersfield, I made the decision to explore orchestral music on a more grandiose scale. So I applied to the Aspen Music School for their summer music program and was accepted as one of the conductors there. My teacher was Maestro Murry Sidlin. As part of our studies, we had to form our own orchestra and conduct a concert, so I thought, “Ok, well, I’m starting to explore Jewish music more seriously so I’ll create a concert of Jewish orchestral music.” Murry came to this concert and saw that it was packed; nobody could get in, they loved it! Murry sat me down the next day and said “Noreen, this is your niche. This is what you need to do. There’s an orchestra on every corner in Los Angeles, but you need to start a Jewish orchestra and you need to do it at the highest level.” I told my husband about this encounter and he said, “Let’s do it. It’ll be our way of contributing to the Los Angeles Jewish community.” And that’s how it all started!

Would you say it’s been a smooth road, and if not what are some of the biggest challenges you’ve faced along the way?
The conductor is the decision-maker and rules with authoritative leadership. We serve as the unifying force of, at times, more than 100 musicians who must be guided, through gestures alone, through the entire concept and interpretation of the music. In our society, the role of leadership has traditionally been the domain of men. So, for many, having a woman at the helm can be off-putting.

When I began my career as a music educator in the choral field of conducting, I had many women role models and colleagues. However, as I continued my studies, I found that the ratio of men to women, even in the choral field, became narrower and women in the orchestral field were few and far between. I was fortunate to have wonderful male teachers who evaluated people on their talent and merits and not gender, helping me move through my career relatively smoothly.

Since starting the LAJS, I have had wonderful experiences with the musicians who play for me. There was only one occasion when a man, a violinist from Russia, would not play for the orchestra because I was a woman conductor. Ultimately, and apologetically, he recognized his attitude was his problem but still could not bring himself to play.

It’s truly been an amazing journey. When I first started the Los Angeles Jewish Symphony, there was nothing else like it. Since we are independent and not under the umbrella of a larger organization, one of the keys to our success is collaboration. Some of my most successful collaborations have been with interfaith and intercultural institutions. Music brings us together.

The repertoire that I choose reflects the Jewish experience. What is the Jewish experience? It is the human experience. We all come from heritages that are rich in tradition. I am passionate about researching and exploring Jewish music from around the globe and bringing it to life for our audiences. I also commission composers quite often. Since I am not a composer, I can live vicariously through the composers who write the music by collaborating and inspiring the music with my ideas. Each concert we present has a theme. Before each piece, I talk about the composition, why I selected it and how it fits into the theme, and give some insight into the work. This adds a level of accessibility that is so important and so often missing in the classical music world. Most of the music I perform is new to our audiences. By talking about the music, I expand the concert-going experience from a passive listening experience to an active listening one. From the comments I get, I know that this format is very successful. People come to listen, be moved, entertained and educated – a winning combination.

One of our greatest accomplishments is our Patchwork of Cultures education program. Originally funded by the National Endowment for the Arts, the program uses Sephardic music (music of Jews from Spain) as the bridge between the Latinx and the Jewish cultures of LA. Every year we administer the program to 3rd, 4th and 5th graders. More than 1,000 kids come into a synagogue. Some have never been to a temple, some have never heard an orchestra before, so they’re hearing an orchestra, they’re going to a Jewish synagogue, the rabbi is explaining what the Torah is, what the eternal light is, what it is that they’re seeing, and then they hear the music that they’ve studied in the classroom workshops. The Latinx kids and the Jewish kids sing and dance together – it is the highlight of the year.

This year, due to the pandemic, we put the whole program online – the classroom workshops and the culminating concert – it was a massive project!

Is there something surprising that you feel even people who know you might not know about?
When people meet for the first time after only seeing me on stage as a conductor, they are surprised by my open personality, warmth and kindness. I think there is a stigma of the Maestro Mystique! Much of that has been dispelled with livestreaming and the internet, with interviews that conductors are now giving, including pre-concert lectures, pre-pandemic, allowing more people to have the opportunity to interact with the conductor. In person is still a different perspective –up close and personal.

People ask this question: what is your purpose in life? My purpose on earth is to use music as a vehicle to bring people together. It’s gratifying and rewarding beyond measure. I feel very blessed. 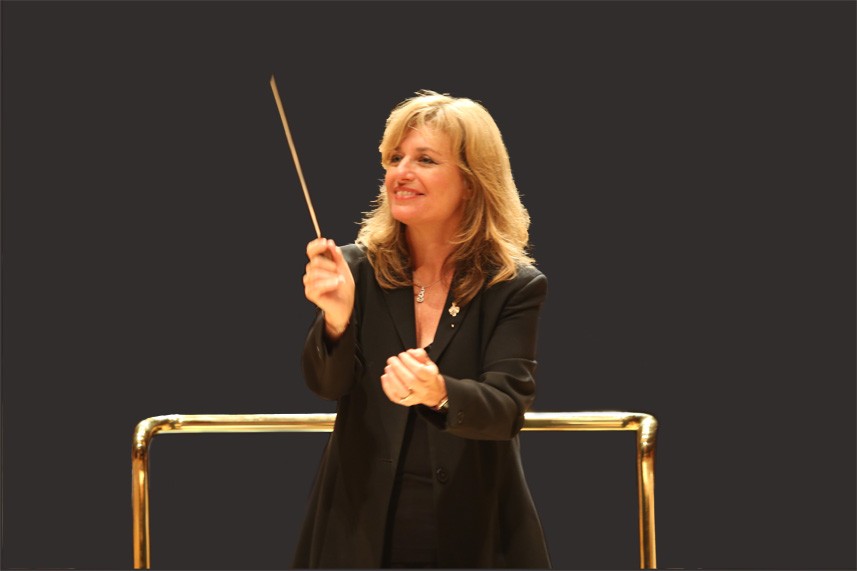 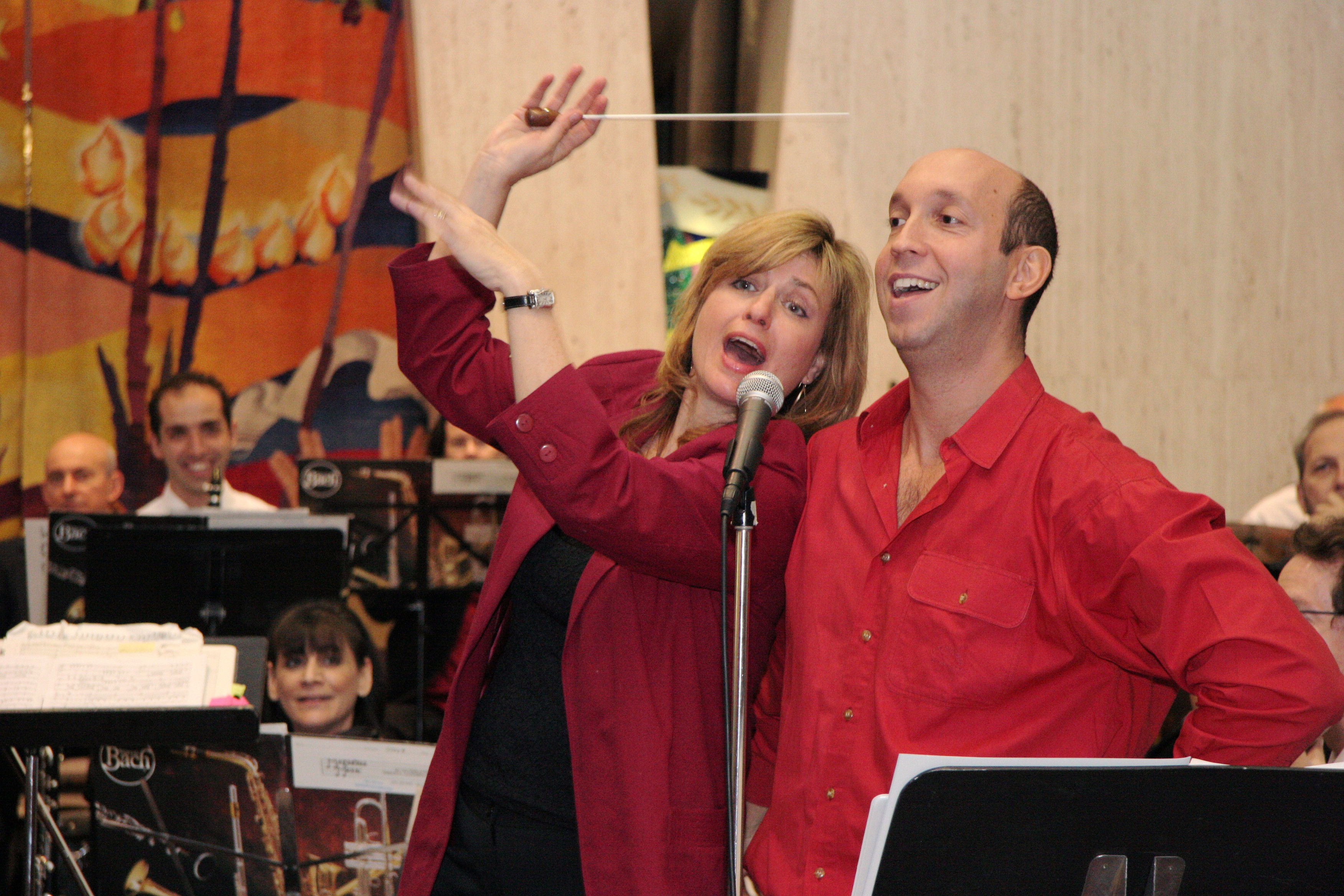 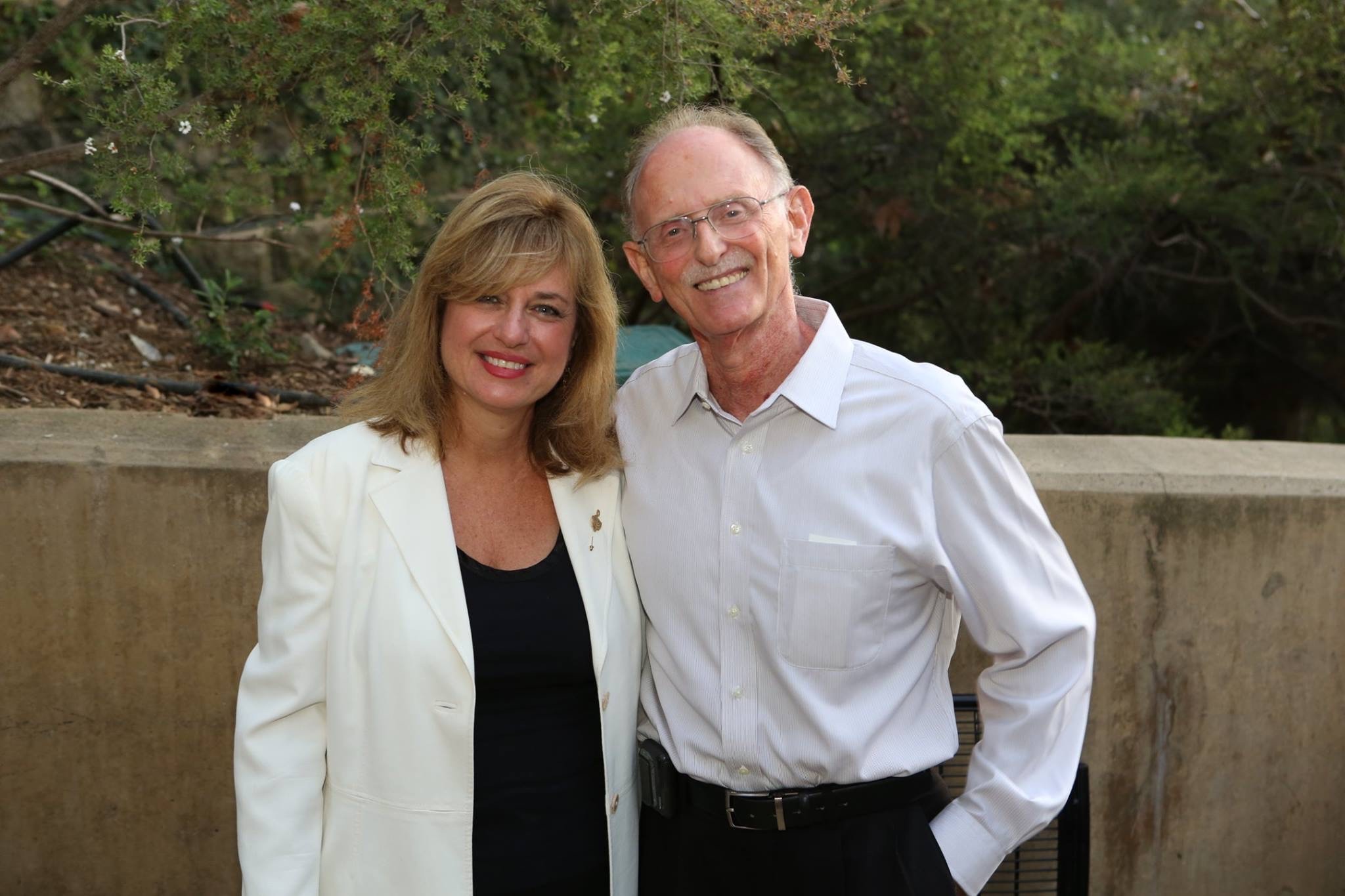