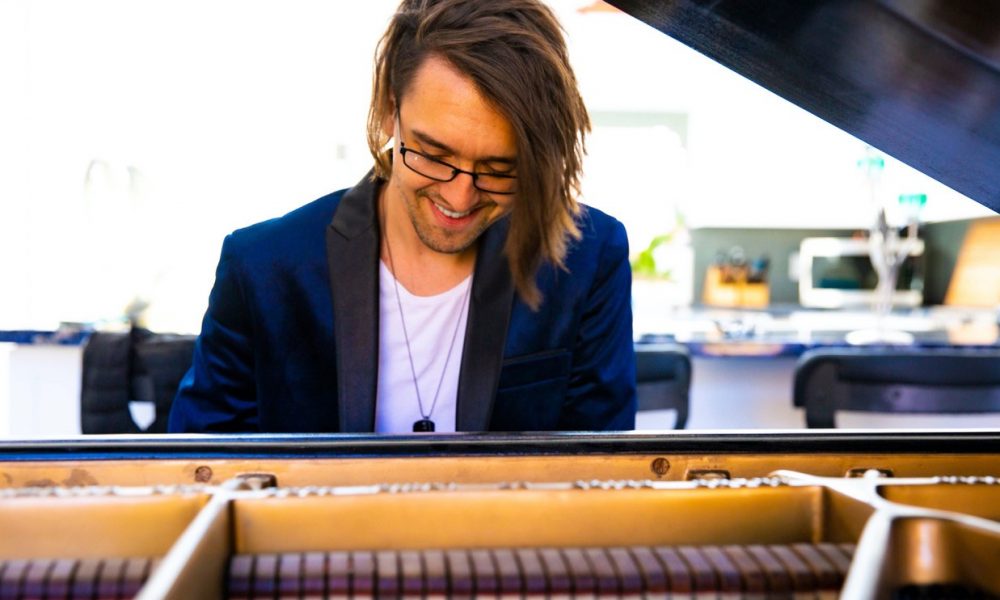 Today we’d like to introduce you to Jett Prescott.

Hi Jett, please kick things off for us with an introduction to yourself and your story.
I have always been an introverted computer nerd most of my life, and fully expected to pursue a career in cyber intelligence — music was really just something I did for fun in my spare time. But throughout college, occasionally rocking out in front a few friends at parties had gradually given way to performing regionally as a professional artist with a growing fanbase. Music offered a refreshing break from pursuing my degree and it definitely made me more outgoing. Being on stage was unlike anything else, as if I was embracing a different persona altogether… still, while I enjoyed the experiences and paying some of the bills through music, I never expected it to turn into anything more than a hobby.

Two simultaneous events changed my life’s entire trajectory within months of graduating – on one hand Penn State was sending me to seminars where I could meet with acting FBI, CIA, and NSA agents to learn about my career paths and ask questions. Since the NSA provided the curriculum for my major, I was automatically certified to work there starting as an analyst (the same role as Edward Snowden). I was fortunate enough to have the opportunity to spend some one-on-one time with various agents and was thankful they were honest with me about their experiences. Sparing the details, following those meetings it occurred to me that there were much safer and less stressful applications of my degree than holding a high-level government security clearance.

Wow, no kidding. What was the second event that set everything into motion?
As I was rethinking my entire career path, all of this super positive PR alongside an influx of fans started pouring in from my first professional release. Music Connection highlighted my EP with a great review in October of that year, then two months later named me #2 among the top 25 new original artists of the year. This opened doors up like never before with managers from LA calling me, labels showing interest, producers wanting to collaborate, etc…I never felt it was realistic to seriously pursue music until then. Living in Pennsylvania isn’t exactly a promising place to launch a music career, so I quickly made the cross-country move to LA. Over the first few years I enjoyed making a living performing at historic venues such as the Lighthouse Cafe, eventually negotiating signing offers with two well known labels. This was around the time when artists like Prince and 30 Seconds to Mars were openly disavowing major label deals, so in reviewing my own signing contracts I experienced a first-hand look into the realities that they were warning against. I felt disillusioned as I had no interest in having zero control or ownership over my career, my likeness, my brand, or my music (while giving up nearly all of the profits). Meanwhile I had been running a digital marketing agency with my wife – I had also been minoring in business while studying at Penn State, so growing and managing a business was something I both found success in and enjoyed.Because of this I had the confidence to explore what it took to create my own label platform – what was the secret sauce the major labels were using to make international stars out of new artists? Of course the artist has to be unique and have talent, but what is required on the business/marketing side to pull it all off? Without overcomplicating it, the answer is relationships. Thus began my journey of founding PennyFly Entertainment, a by-artists-for-artists record label platform. This effort evolved into a venture larger than I ever anticipated, quickly growing to provide recording and marketing services to dozens of artists while I continued to network around the industry. I was inspired to find that many long-time veterans within the business agree that artists deserve better treatment – they offered me their support and the more word got around, the more doors opened up. From building up Rock Against Trafficking and Loud Waves Studios with producer Gary Miller to working with dozens of artists and getting involved on the ground floor of StarCrowd (Producer Poo Bear’s brainchild), the opportunities to have a real impact in the industry have been nothing short of incredible. The fruits of our labors recently culminated with PennyFly’s placement in Pepperdine Graziadio Business School’s annual “Most Fundable Companies” competition. This competition, which has been featured in Entrepreneur Magazine and Business Insider, recognized PennyFly as one of the most investment-worthy companies in the country. Entrant companies underwent a rigorous due diligence process, and we are thrilled to have stood out from the 4500+ other applicants.

That is inspiring to say the least! How have you managed to juggle running the business while being an artist yourself?
I’ve had an amazing time continuing to record original music along the way with PJ Bianco and Gary Miller, but until recently I honestly haven’t had the emotional or mental capacity to properly focus on pushing myself publicly as an artist while growing the business, providing services for other artists, and aggressively networking. I’m excited to say that is changing soon following a relaunch of my artist brand alongside my first release in quite some time: “You Are Not Alone”, is a global charity effort in support of mental health which I was blessed to be a part of as an artist, engineer, and executive producer. Meredith O’Connor did an impressive job putting together a diverse lineup of over 20 amazing artists around the world (Minzy and Kodie Shane to Ruggero and Rebecca Black) who all came together for an important cause — Gary Miller provided the production and mixing with James Forbes mastering it. I was honored to sing on this project which has since been dedicated to Mary Wilson of the Supremes who sadly passed away shortly after the release, having joined us on this song.

I am currently offering new, unreleased, never before heard original music to those who sign up for the VIP email list on my website j3tt.net – fans can also listen to a mashup reel showcasing some of these unreleased tracks on the music page. I’m also stoked to share my “Music Is The Only Medicine” merch line which is now on sale here for the new launch. I’m really looking forward to releasing music again and will have a lot more to come!

Would you say it’s been a smooth road, and if not what are some of the biggest challenges you’ve faced along the way?
Absolutely not – even before moving to LA, I was warned that the entertainment industry is notorious for false hopes, false promises, and straight-up thieves. Unfortunately there’s an abundance of people out there who will expend incredible time and effort trying to extract whatever they can from you for personal gain at your own expense. While I was prepared for encountering people like this and knew what to look for, I didn’t expect I’d meet so many! I can’t stress enough that the most important element of running any successful venture is surrounding yourself with people you can trust and rely on. I am fortunate to have understood this from day one, and do not regret for a second taking extra time to develop high quality relationships with high quality people – those known in the industry as much for their talent as their reputation.

Appreciate you sharing that. What should we know about PennyFly Entertainment?
PennyFly is a record label & entertainment company which really prides itself on offering the most artist-friendly deals in the industry. Think of us as an all-encompassing creative partnership by artists, for artists — we vow to provide everything creators need without the unwanted strings attached. We have cultivated our extended team around the same high-caliber campaign strategists, music supervisors, management staff, digital marketers, and PR firms who have rendered their services directly to major labels for A-list artists. After many years of building relationships, educating myself on seemingly endless amounts of knowledge on how the industry works, structuring how the label would operate, defining what we would offer our artists and how… it was a long journey, so we didn’t formally launch until 2017. I am thrilled to look back and see just how much progress we have made since then, distinctly recalling our earliest milestones – signing our first artist, our first partnered projects, becoming profitable, etc…but eventually every startup requires a significant injection of capital to expand and realize its full potential, and of course we are no different – but attracting an investor to a project in the music industry is no small undertaking. This is why the Pepperdine achievement has been monumental for us – it has given us a level of recognition and acknowledgment on a national scale. Our Director of Business Development, James Hopkins, did an incredible job taking the lead on Pepperdine’s extremely intensive due diligence process which went on for months.

I think everyone can agree that there is immense value in the services major labels provide; it’s the exploitative deal structures that have to change. This is what the ideology of PennyFly stands for, we pride ourselves on offering what are arguably the most fair and flexible deals in the industry, all while providing access to services that typically only a major label can accommodate. As one of the ‘most fundable companies’ in the United States, we look forward to an exciting 2021 with high hopes for significant expansion with the right partners.

Congratulations on that! We all have a different way of looking at and defining success. How do you define success?
Success to me has always been about happiness. I know plenty of people who most would perceive as highly successful due to their achievements, their houses, or their cars – but it doesn’t take many interactions for it to become apparent that unfortunately happiness is lost on some of them. There is a delicate balance between success and happiness as they are not often mutual – success can bring significant stress or significant joy depending on the circumstances. I have always felt that the ultimate achievement is in how effectively you share your success with others; there is nothing I enjoy more than building opportunities for other people – if I can help someone create a better livelihood while allowing them to remain true to themselves and their expression of self as an artist and individual, to me that is success. 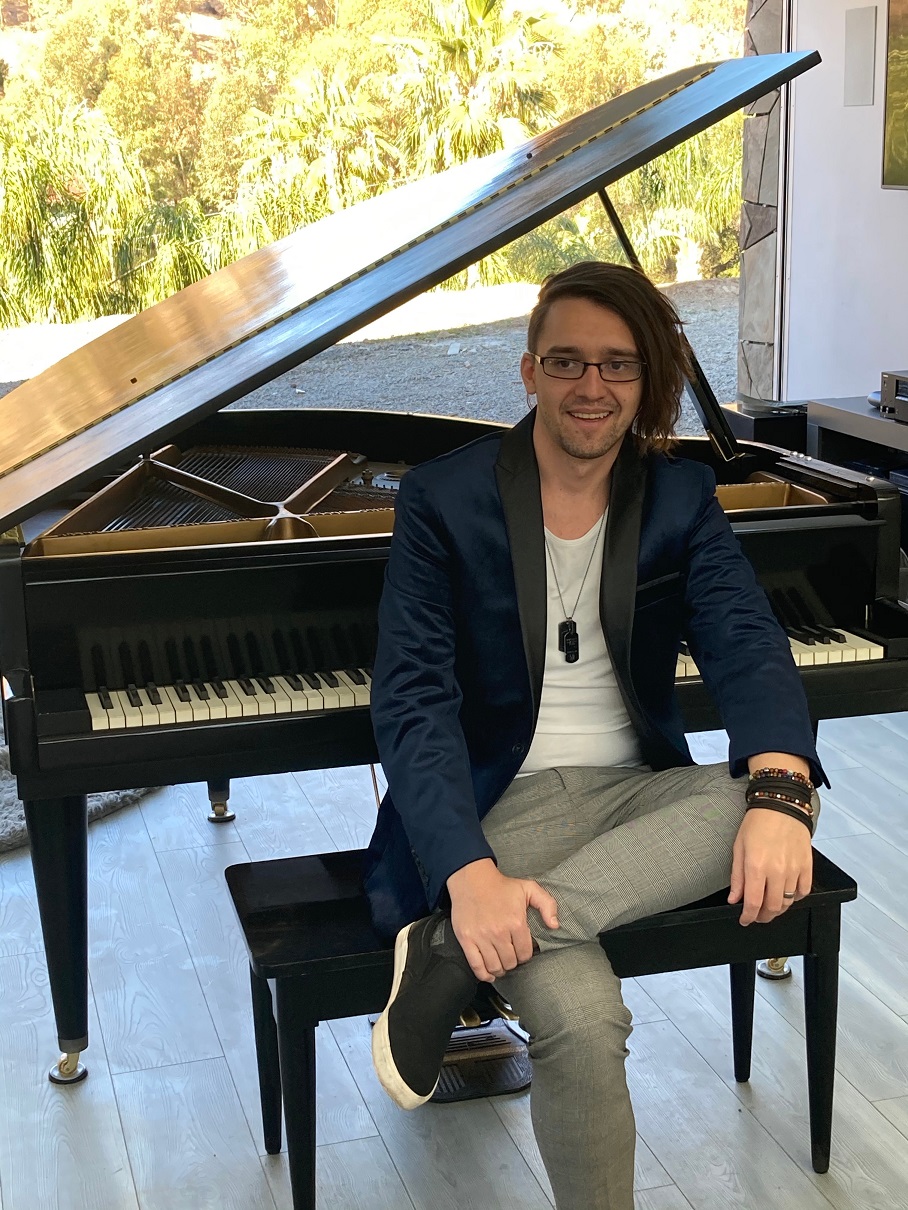 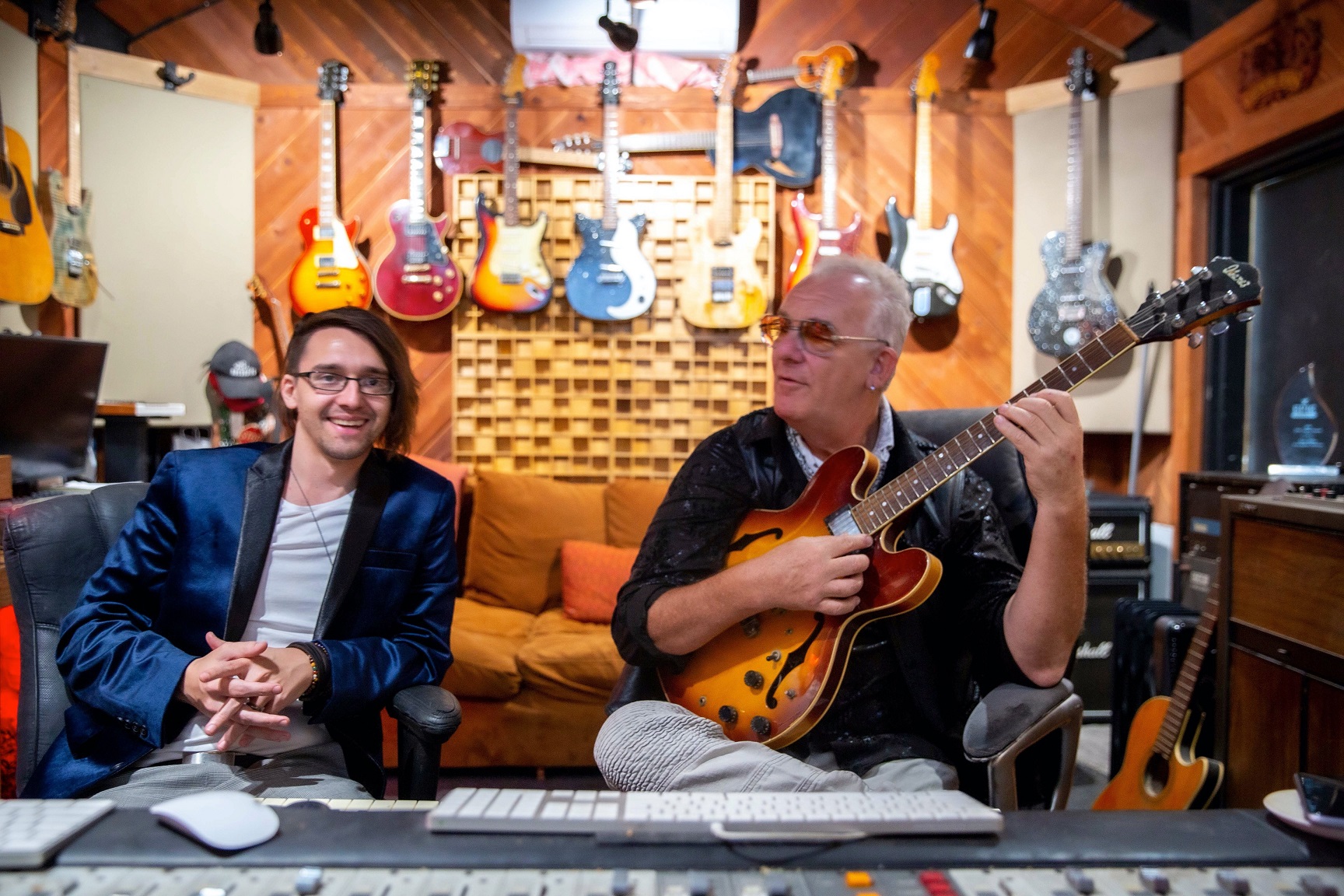 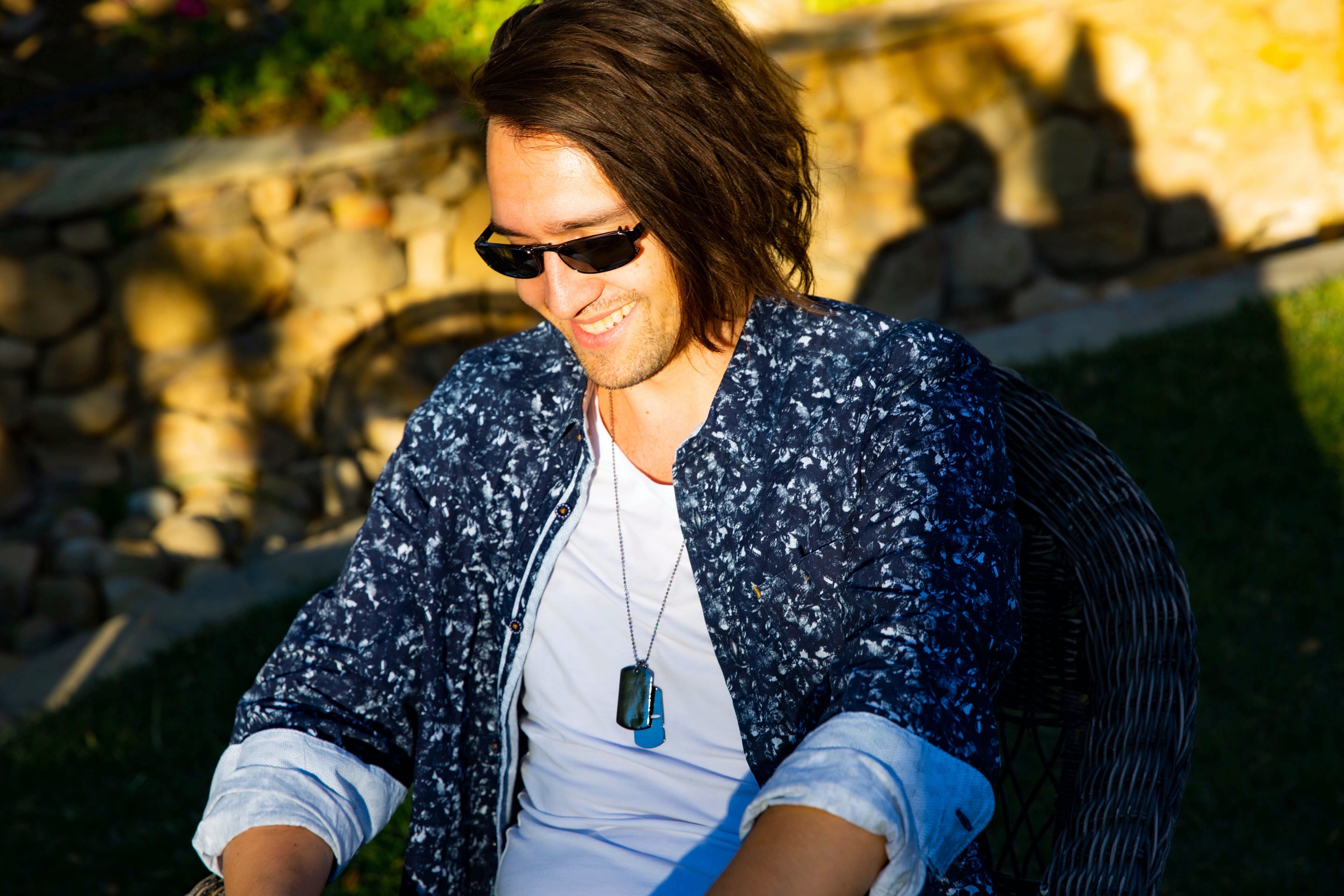 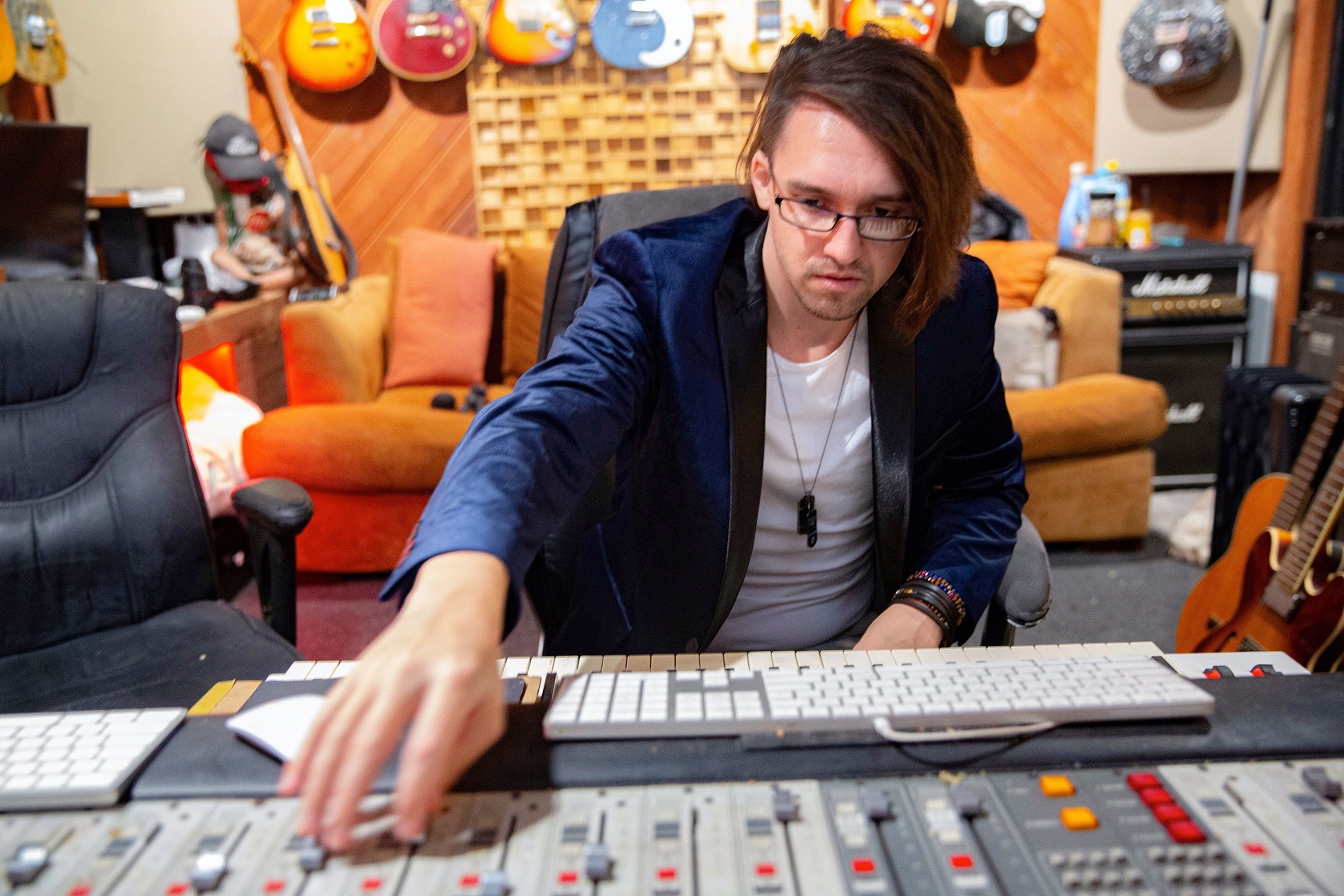