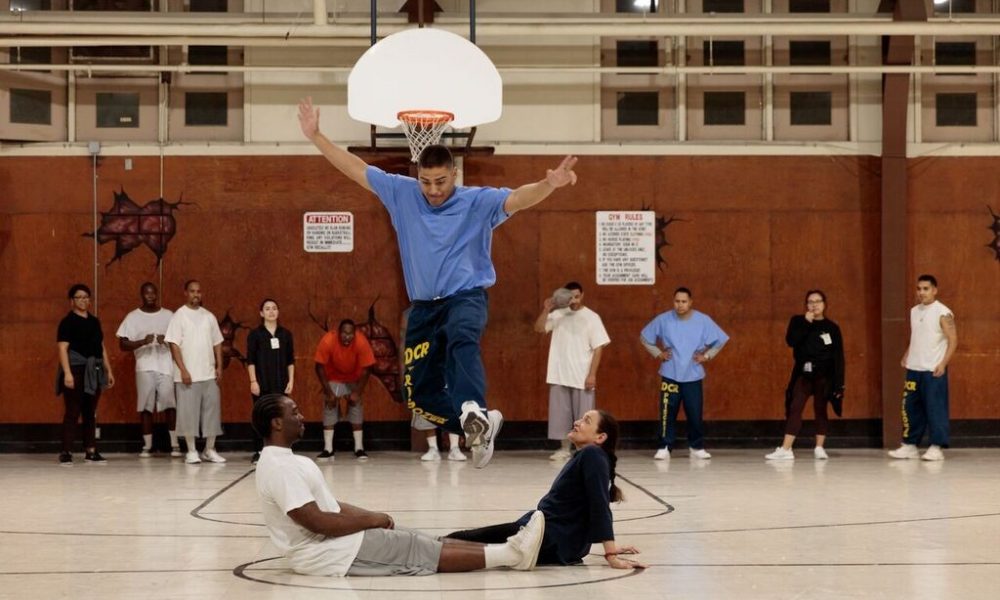 Today we’d like to introduce you to Suchi Branfman.

Hi Suchi, it’s an honor to have you on the platform. Thanks for taking the time to share your story with us – to start maybe you can share some of your backstory with our readers?
I am a choreographer, curator, performer, educator and social justice activist and have worked from the war zones of Managua to Moscow’s Bolshoi Theatre and from Kampala’s Luzira Prison to NYC’s Joyce Theatre. My work strives to create an embodied terrain grounded in storytelling, dialogue, listening and action.

Today I would like to focus on the journey of my self-proclaimed five-year choreographic residency, Dancing Through Prison Walls, at the California Rehabilitation Center, a medium security state men’s prison located in Norco, CA. I first went inside in 2016 to dance, create, and be in dialogue around culture, creation and freedom. This was following the 2016 election and my work had turned to focus on how we would sustain ourselves during the following four years. What more powerful place to ask the question about finding sustenance than inside prison?

This is a large prison that cages over 3,000 people and is currently operating at 150% capacity. I have had the remarkable opportunity to dance, make dance and be in conversation with folks inside the prison every Monday night for the past four years. The work has taken many forms, whether teaching credit-bearing college courses or RAC credit dance workshops, collaborating on choreographic projects, bringing in guest artists or simply spending hours dancing with folks in the prison gym. This has been an exercise in creating some sort of embodied “freedom time”, as Richie Martinez, one of the dancers has called it.

Can you talk to us a bit about the challenges and lessons you’ve learned along the way. Looking back would you say it’s been easy or smooth in retrospect?
Drawing my attention to the Dancing through Walls project, I would like to reframe this question. My situation is a privileged one, being a white cis woman I am well aware that I do not have to confront the profoundly deep racist reality of daily life that my BIPOC LGBTQIA brothers, sisters and non-binary friends and colleagues.

Instead, I would like to address some of the day to day realities that exist behind prison walls…the struggles that over 2 million people confront in the United States. I have been witness to the minute to minute surveillance of every person inside, from officers on the ground, behind mirrored glass or from the turrets that surround the prison. I have been told again and again of the ways in which incarcerated folks have to adapt their bodies, body language, physical presence while confined. I have seen incarcerated dancers being ordered down to the ground, hands behind their heads, for walking to the gym (where we dance) when a sudden lockdown occurred in the prison, being accused of wanting to cause trouble even though all they were doing was wanting to dance! I have witnessed incarcerated dancers ordered to take off (hats) or put back on sweatshirts, etc. when they had shed them as dancers do while dancing, moving rigorously and sweating. I have witnessed incarcerated dancers being singled out, forced to wear a red jumpsuit for a month, physically targeting them for “bad behavior”, making it clear to the officers that they get no leeway (ordered to the back of chow lines, yard time, etc.)

I would also say that the most astonishing thing I have witnessed is the other side of this equation: incarcerated people creating community. People studying together, cooking together, playing chess together, caring for one another throughout the covid pandemic in profound ways, being there for each other’s life moments -births of children, passing of beloved family members.

Thanks for sharing that. So, maybe next you can tell us a bit more about your work?
Again, I would like to reframe this question because I am hopeful that we as cultural workers are not set apart from one another, rather drawn together in a community that can support and hold each other up. It is not an easy choice to commit to our work as artists and activists, and we need each other constantly, whether through health, financial, or work challenges of every kind. So we put pride aside and share in the work we create, side by side.

As an example of this idea of collaboration, I would like to share my most recent project.

The dancing was abruptly ended last March when the California state prison system shut down all programming and visitation due to the Covid 19 virus. I was basically given 48 hours to send in guidance as to how we might continue dancing together. It was a rich challenge, and I ended up writing prompts for and examples of ways that dance might be imagined, written, drawn without ever actually moving. Although it is a unique way of approaching dance, there is a history of this kind of work in the dance world. And it has actually revealed itself to be a liberating way of making dances, with no gravitational, financial, locational, technical limitations! So, last March, the dancers began sending out their choreographies, written from their bunks, while in covid isolation and lockdown. This written choreographic work has been titled Undanced Dances Through Prison Walls During a Pandemic. The dances have continued to be sent out, and they are always astonishing to receive, but the dances you in this project were all written between March and May of 2020, at the very beginning of the covid lockdown.

I was honored to be joined by six remarkable choreographers/performers who have previously joined me as guest artists inside the prison and four narrators who are all system impacted and have all danced inside as well. Each of the choreographers was given one of the dances to interpret and perform in the way they were moved and inspired, narrated by the text they were given. We are honored that Richie Martinez, who was released last summer, joined us dancing and narrating the dance he authored inside the prison. And another one of the authors, Terry Sakamoto Jr. was released in late March and is now joining us in the work.

The Undanced Dances Through Prison Walls During a Pandemic project has developed during the past covid year. We have been honored to be invited to embody the dances during a residency at the Institute for Contemporary Art Los Angeles in the Fall of 2020, resulting in the first virtual sharing of the work hosted by the museum. A book of the dances was then published by Sming Sming Books in December of 2020 (which sold out in 60 days with the 2nd edition being released at the end of April.) Most recently, I have brought the project into action through the creation of a film which I directed and produced, working with filmmaker Tom Tsai. The forty-minute film is an embodiment of six of the written dances and has been screened virtually during April to over 400 audience members.

I hold as central to the project the goal of amplifying the voices of people being held inside prisons. And as an abolitionist choreographer, my North Star for all of this work is the abolition of prisons and the creation of a society that prioritizes care over cages.

Do you have recommendations for books, apps, blogs, etc?
I am currently reading numerous books including Saidiyah Hartman’s Wayward Lives, Beautiful Experiments: Intimate Stories of Social Upheaval, Mariam Kaba’s We Do This ‘Til We Free Us, Rebecca Solnits’ the Encyclopedia of trouble and Spaciousness and Ben Okri’s A Prayer For the Living.

Podcasts that have been feeding the work include Ear Hustle, Suave, Octavia’s Parables and Shaping the Shift. 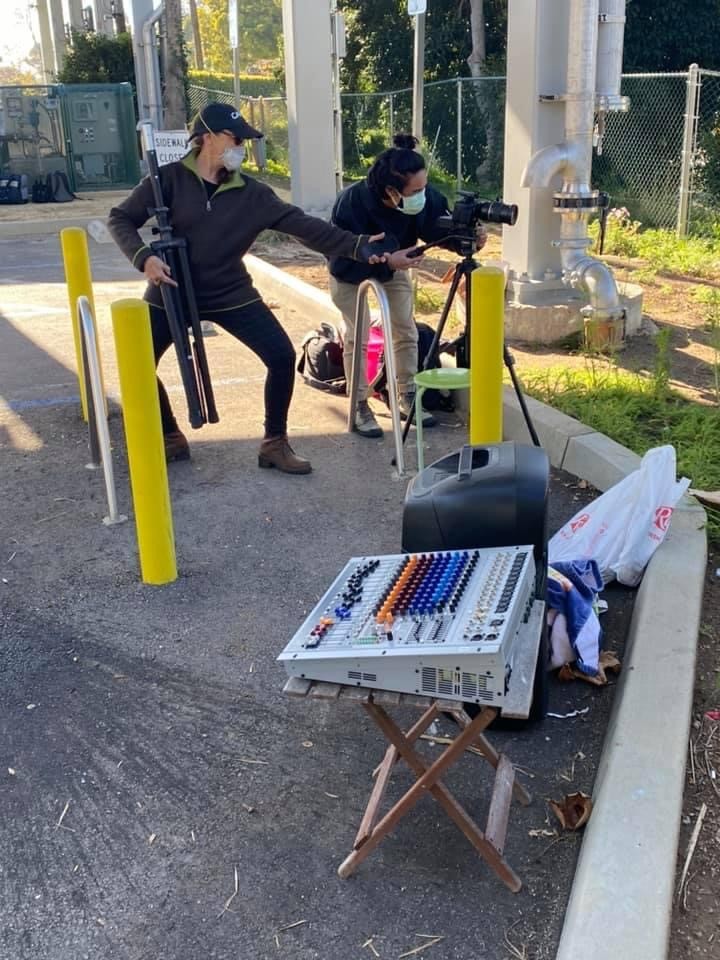 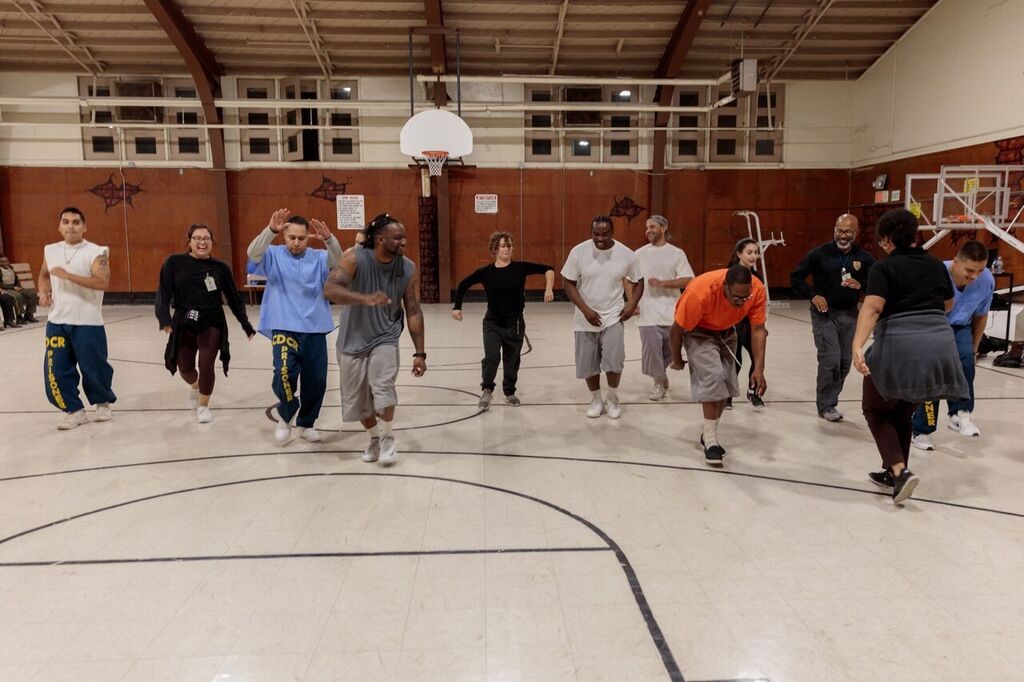 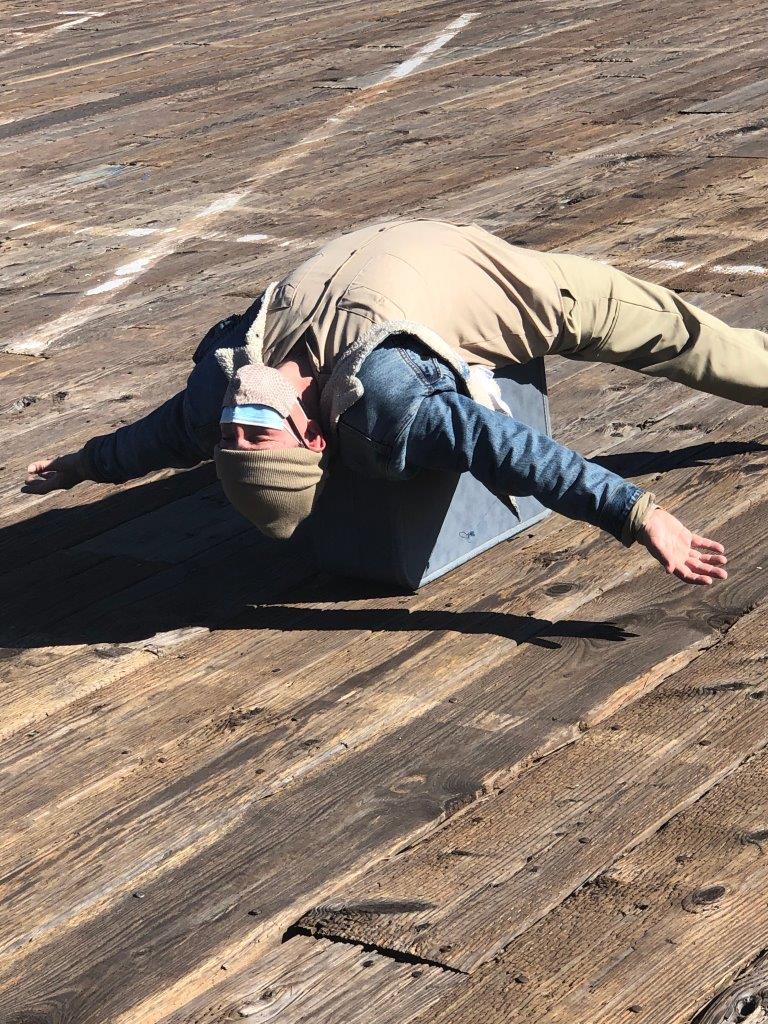 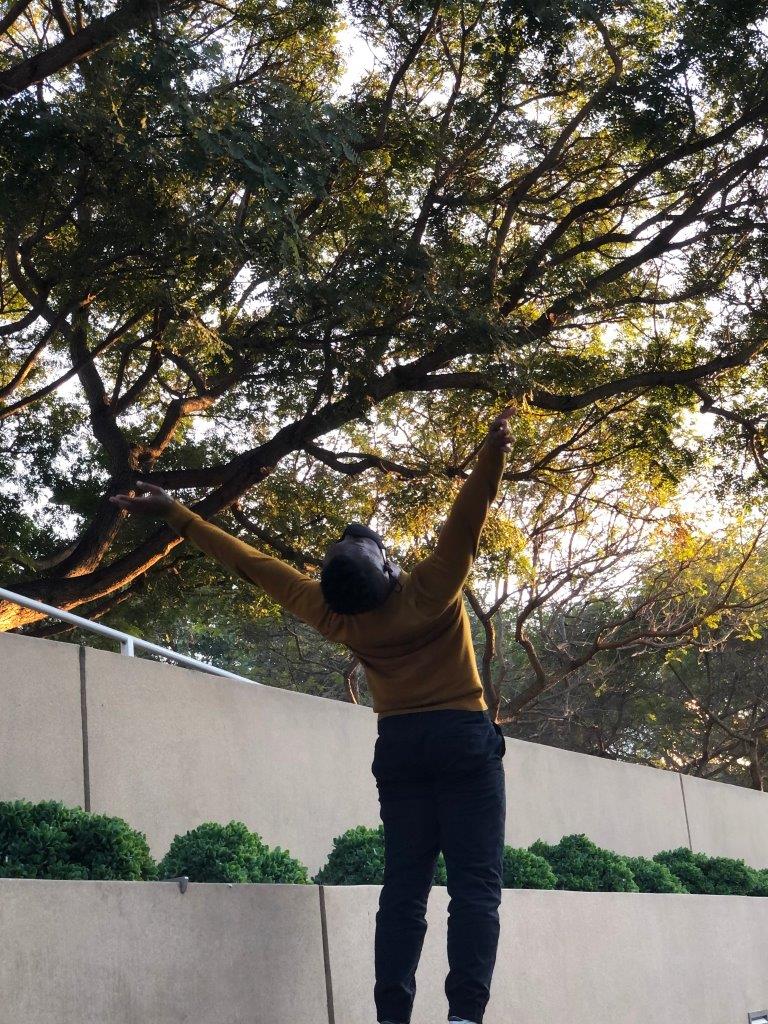 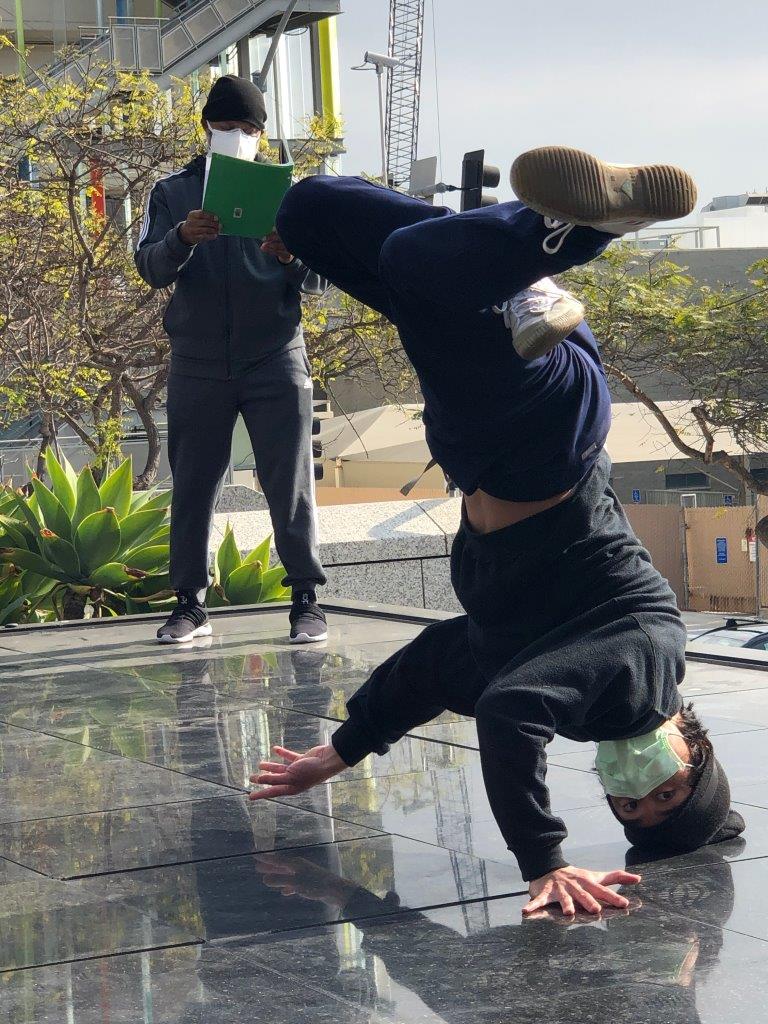