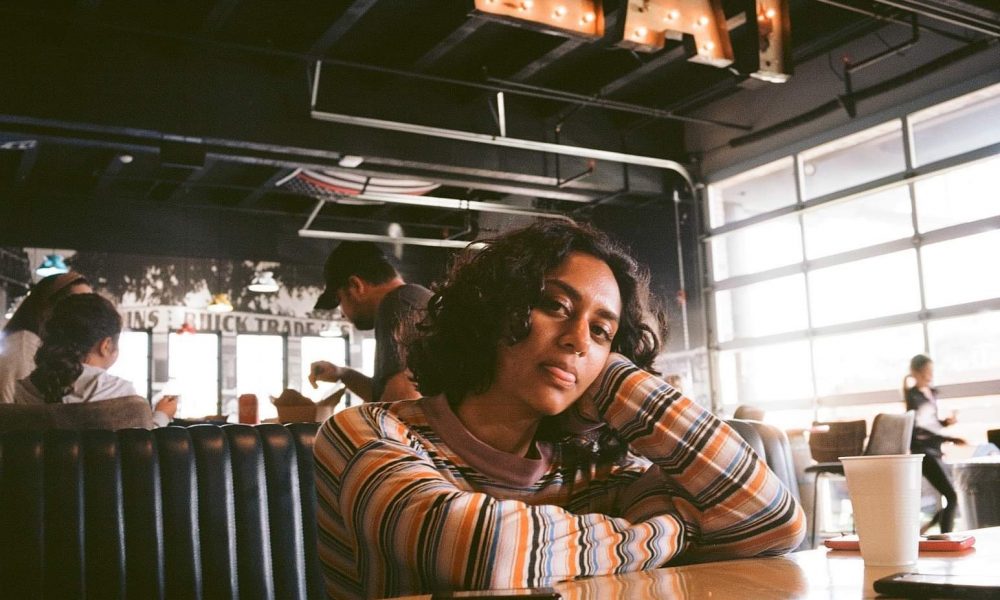 Today we’d like to introduce you to Shashi Mostafa.

Hi Shashi, we’re thrilled to have a chance to learn your story today. So, before we get into specifics, maybe you can briefly walk us through how you got to where you are today?
I grew up in a Danish tourist town called Solvang, which is located about 40 minutes away from Santa Barbara. It’s a small, conservative, and predominantly white town where many people never leave and families of generations have stayed. So, you could imagine being part of the only South Asian family there and having immigrant parents wasn’t so easy growing up. A lot of my identity that I had to later tear apart was a result of learning who I was through the lens of racism. Toward the end of high school and the last moments I would live in that town, I became very interested in social entrepreneurship: how could I build systems that would produce pure good? So I decided to major in sociology at UC San Diego because I thought it would be the right step toward learning to do just that. Slowly as I began understanding different sociological concepts (and mind you that my high school back in Solvang didn’t teach me anything that would convince me racism still exists) I started realizing that the narrative built around my understanding of the world — my entire life — wasn’t true. I realized how much self-hatred I had because I learned that whiteness was something to aspire to and I would never achieve that.

Simultaneously, I realized that some form of art was consistently present in my life except for my freshman year of college, and the lack of it made it feel like I was missing something. So I ended up pivoting from learning how to do social entrepreneurship to making films that would function as a form of activism — where they would be used to understand the things I grew up not learning. In the next few years, I used photography and filmmaking to heal from the racism I grew up with and relearn my identity. Once I started making art about the stuff that made me uncomfortable to talk about, I realized that is where my most powerful work was coming from. So, by the end of college, I made an entire 40-minute thesis called A Simulation which explains my experience learning and unlearning racism through allegoric soft sci-fi. Now, it’s been almost two years since I graduated from college and I’m working for a social media agency where I’m the host and content creator for @getwasteed and @inthenow on TikTok. These channels are focused on environmentalism and social justice, so I am making content to promote both things which was my original intention in becoming a content creator, so I would say I’m living part of my dream in a way. I wouldn’t say I ever thought of myself as someone who would build a huge social media following, but here we are! Haha. I’m still working on writing and directing films and series, but I think there’s still a lot to learn where I currently am, and all of it is an opportunity for growth toward the end goal.

Alright, so let’s dig a little deeper into the story – has it been an easy path overall and if not, what were the challenges you’ve had to overcome?
Growing up, I was in a constant battle between my South Asian identity I no longer wanted to be and the American, white and glorified identity I tried to be as much as I physically and mentally could. This caused a lot of conflict with my parents. And maybe you’ve heard that a lot of first generation kids have trouble communicating with their parents because of the language barrier — that’s totally me. I didn’t grow up with any other families that shared the same culture as me, so I’m far removed from it and still need to do some work to get to the point where I want to actively learn about it — because I know that someday I do.

Another obstacle I faced was racism at school. I didn’t realize this in the moment, but I’ve thought back to these memories a lot in my healing journey. Teachers and counselors especially in high school wanted me to be a little successful, but when I became top in my class, they did a lot of unnecessary things to keep me from being on top. They would pull me out of class for no reason, amplify small issues so that I would become more stressed, try to convince me out of taking honors and AP classes when I was doing well in them, etc. and then congratulate themselves because they framed it all in a way that made it seem like they were helping me when really they were making everything harder. Not gonna lie, this has become a recurring theme in my life in college and after — white people are obsessed with me! Just kidding — but they do fixate on me when I turn the pain they’ve caused into something I can capitalize off, which is my art. A conflict between my South Asian woman identity and this situation at school was that I grew up learning to please everyone and not complain — not stand up for myself — but in this situation, doing well in school, which would get me a ticket out of this town, was something I was not willing to give up. So I really stood up for myself and sometimes got in trouble for doing that.

I think I really thrived in college. There were definitely struggles here and there, but I think for the most part, I was able to figure them out and hustle through them. I pumped out a lot of films that I’m proud of and took advantage of the available resources as much as I could. After college, like most people, I was struggling to find a job in my industry and honestly didn’t even know where to start. School taught me how to make films for school and for school only. I never learned how to be a filmmaker in the real world. Less than a year after graduating, the covid pandemic began and the filmmaking industry took a halt when I was still looking for a job. I had to hustle and do a minimum wage job at a factory where I had a very humbling experience that also kind of taught me where my parents came from (doing hard manual work after immigrating to America). But a little while later, after applying to hundreds of places, I got the job I currently have as a social media content creator. Breaking through to the media industry is hard when there’s literally only one person who looks like you that you see doing what you want to be doing (Mindy Kaling). And my family wasn’t really supportive of the path I was taking until I got the job I have now because now they’re seeing I can do the thing no one that looks like us does.

Thanks – so what else should our readers know about your work and what you’re currently focused on?
I am specialized in making viral video content for TikTok and growing TikTok pages. People probably know me as an influencer on Waste-Ed or more generally, an environmental activist and/or influencer. If you haven’t seen my face on TikTok, you’ve most likely heard my voice since I do voiceovers for both @getwasteed and @inthenow where we get millions of views. My favorite part of all of it is coming up with creative and entertaining ways to educate and raise awareness toward important topics that directly impact us today.

I’m also currently writing my first episodic series that I hope to bring to life once the pandemic comes to an end. I don’t want to give away too much, but it follows a few first generation South Asian American characters on their mental health journey as they’re navigating and reinventing what family means to them.

Are there any books, apps, podcasts or blogs that help you do your best?
I don’t want to sound like I’m obsessed with TikTok (haha!) but I think the platform has really been a life-changing place for a lot of people. TikTok is a place where any person, no matter how niche their interests are, can find a community. And I think that’s done a lot for my mental health and understanding of the world. Sometimes when someone says something obscurely relatable that you never thought anyone would relate with you on, that’s extremely comforting, and I feel like a lot of people have experienced that. It’s also opened my mind to a lot of things I’ve never seen or ideas/thoughts I’ve never heard or considered.

I think Master Class has been really helpful in filling in the gaps for filmmaking related topics that I didn’t learn in college. This includes learning how to navigate the real world when it comes to becoming a filmmaker.

Also, if you know me, you know my therapist is one of my favorite people ever and has made a huge impact on my life. Some therapists I follow on social media include Dr. Nicole LePera (@the.holistic.psychologist on Instagram) and Sahaj Kohli (@browngirltherapy on Instagram), who have both positively impacted my mental health and art-making experiences too. 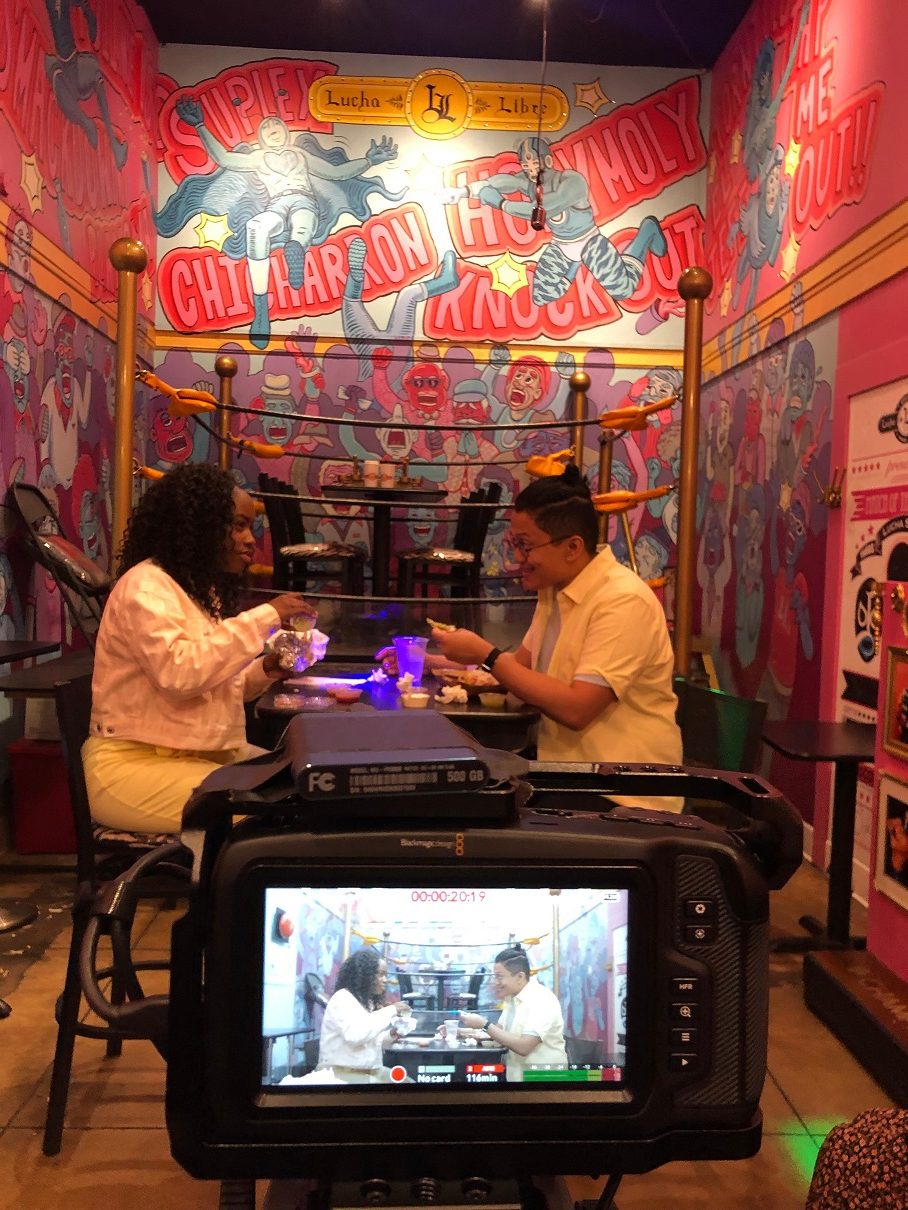 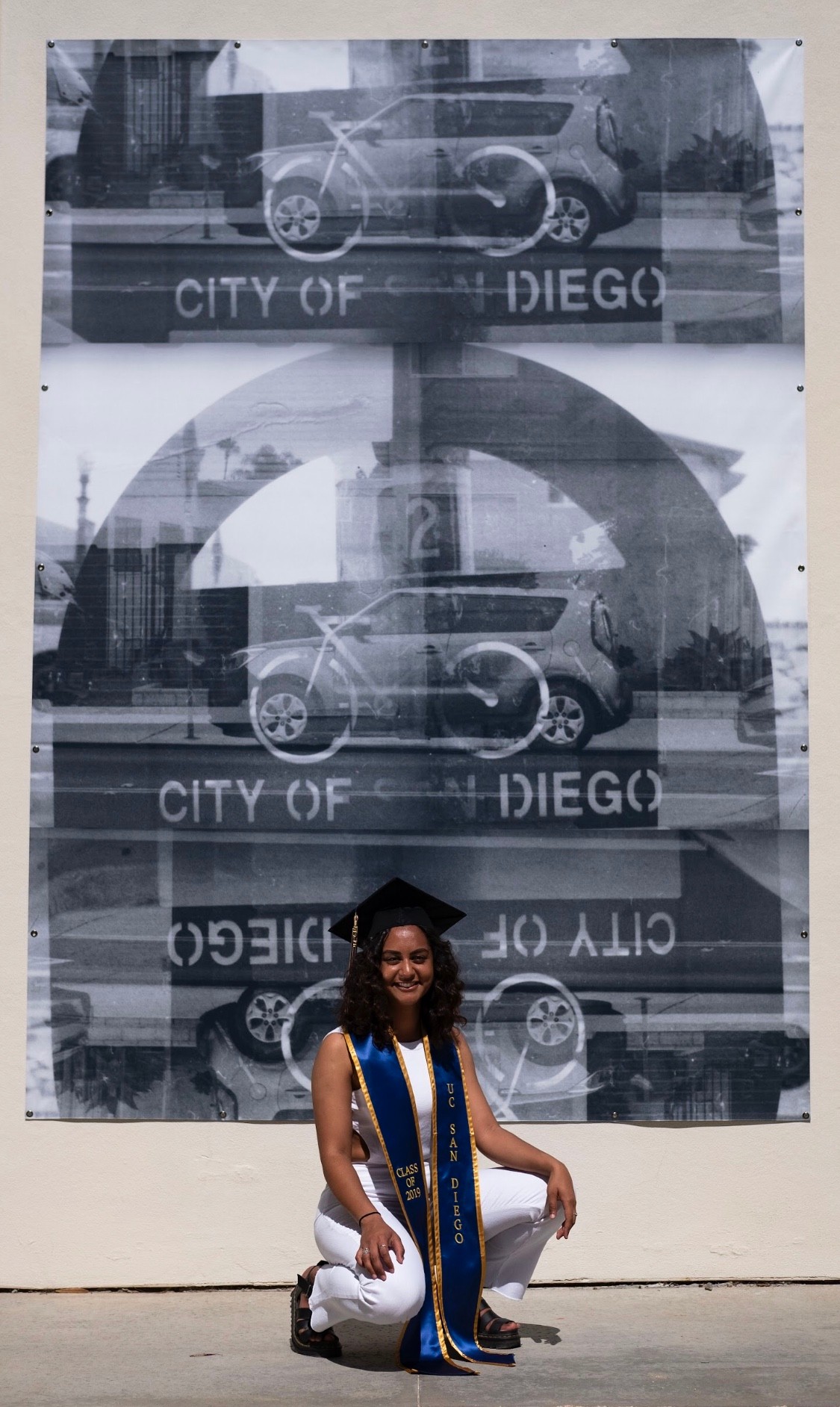 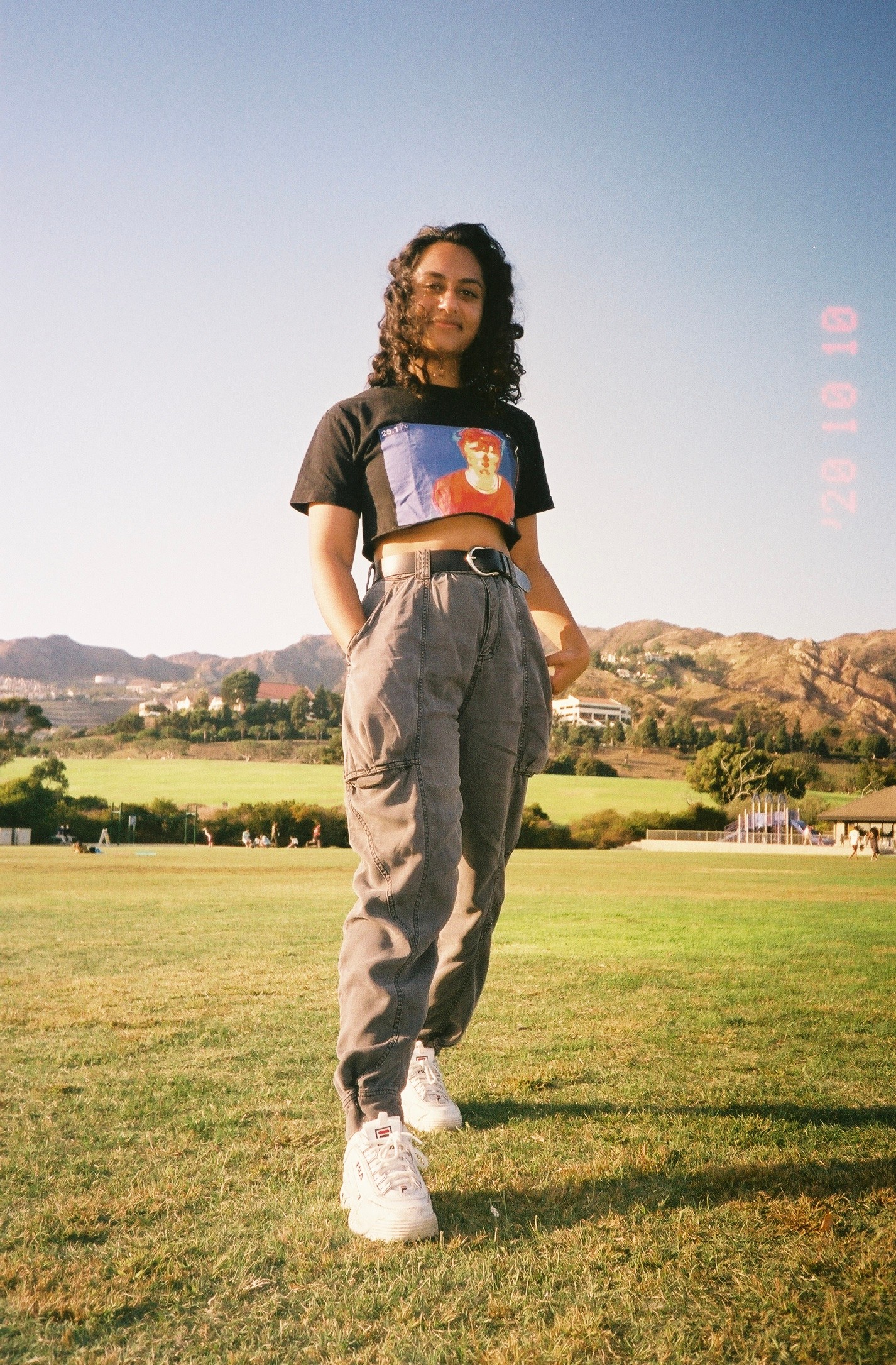 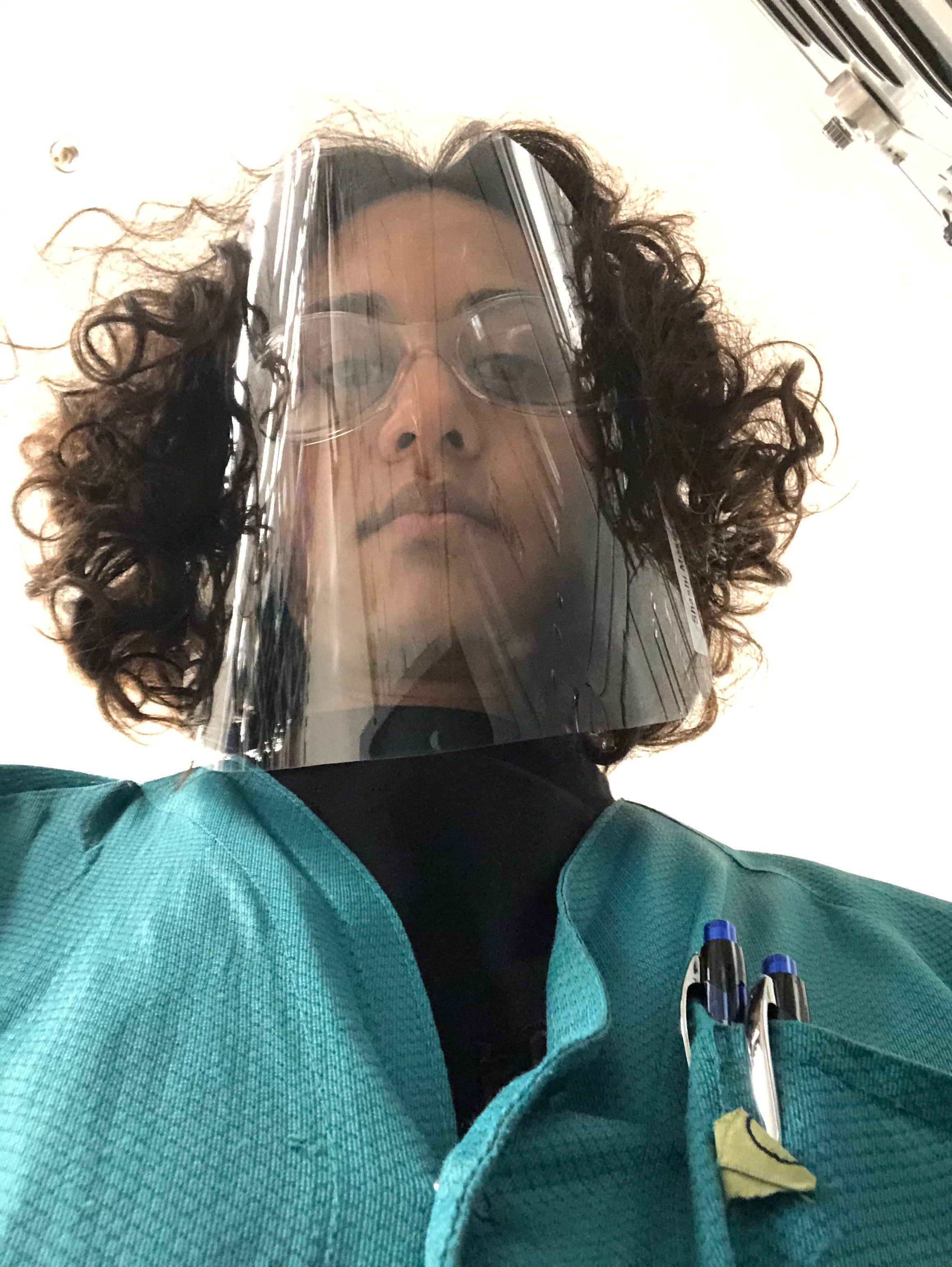 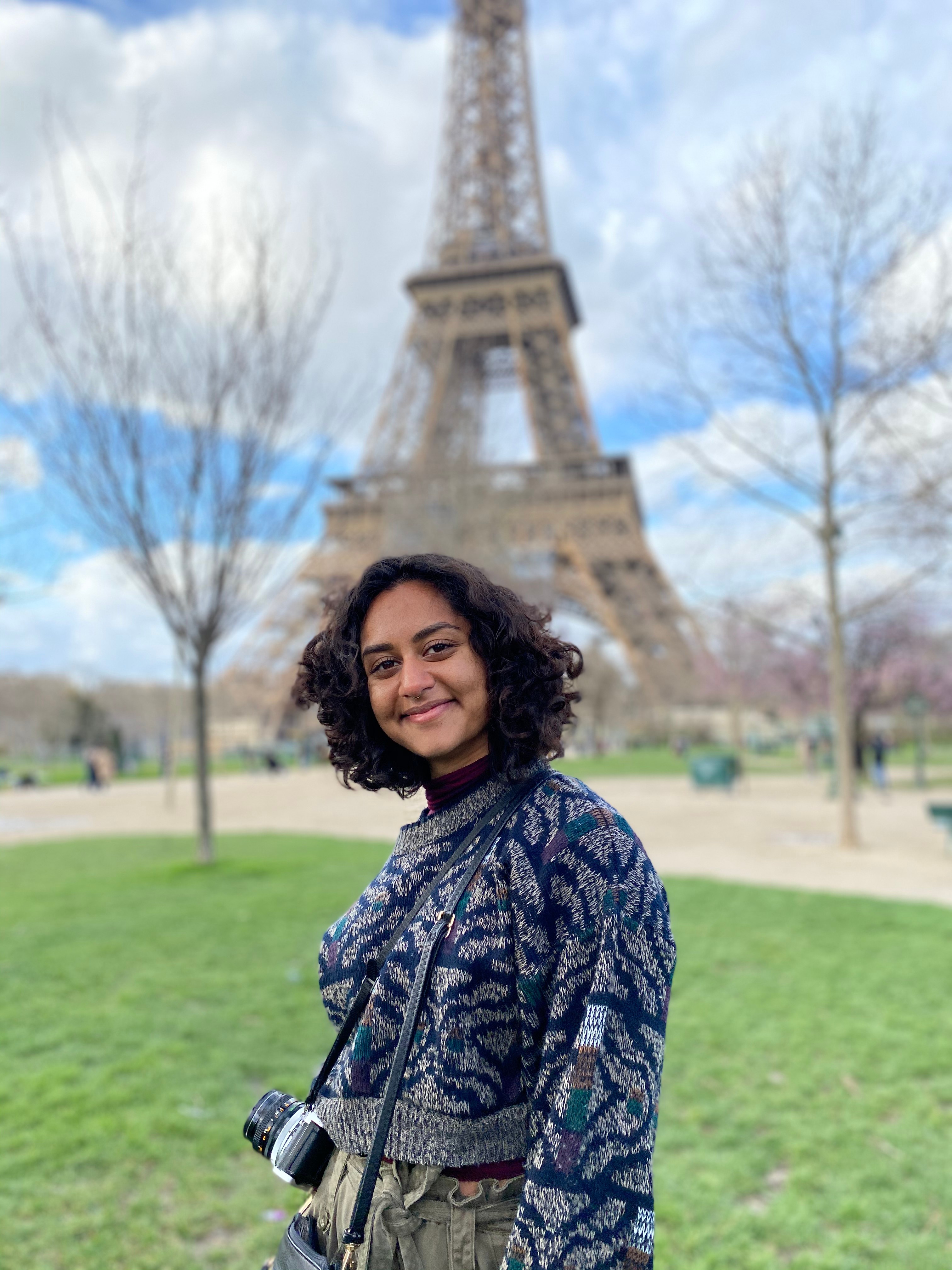 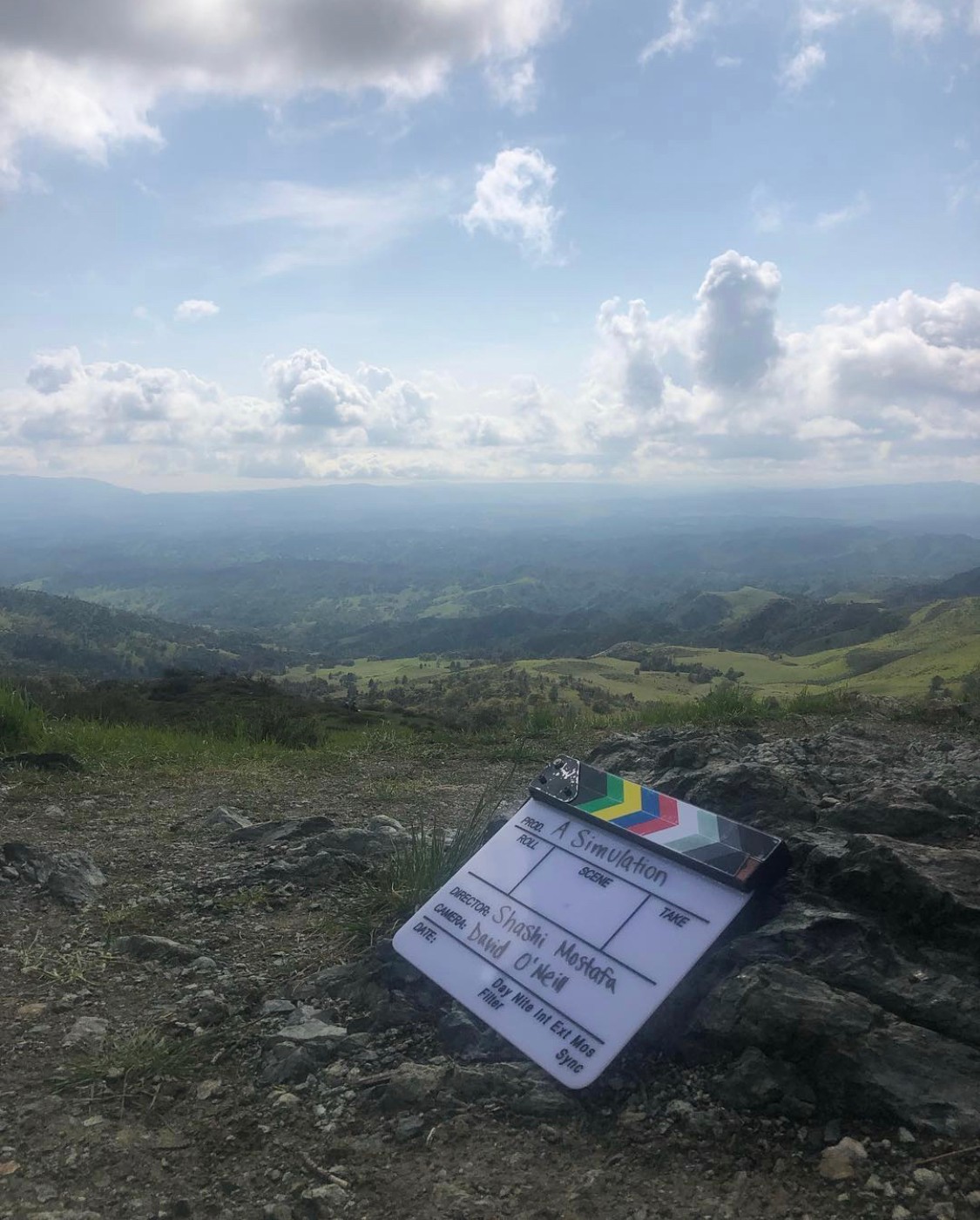 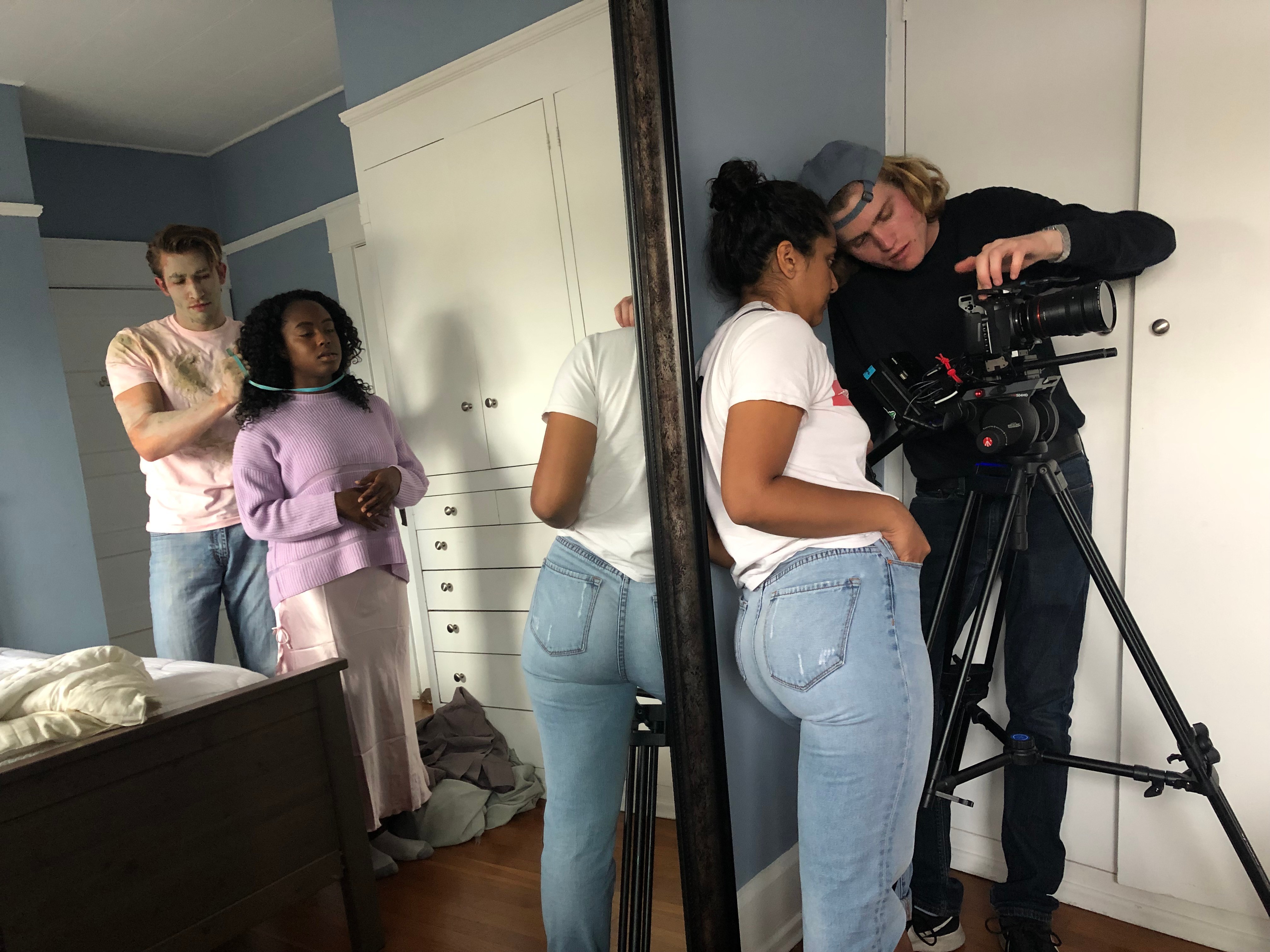