Conversations with the Inspiring Tracy Park 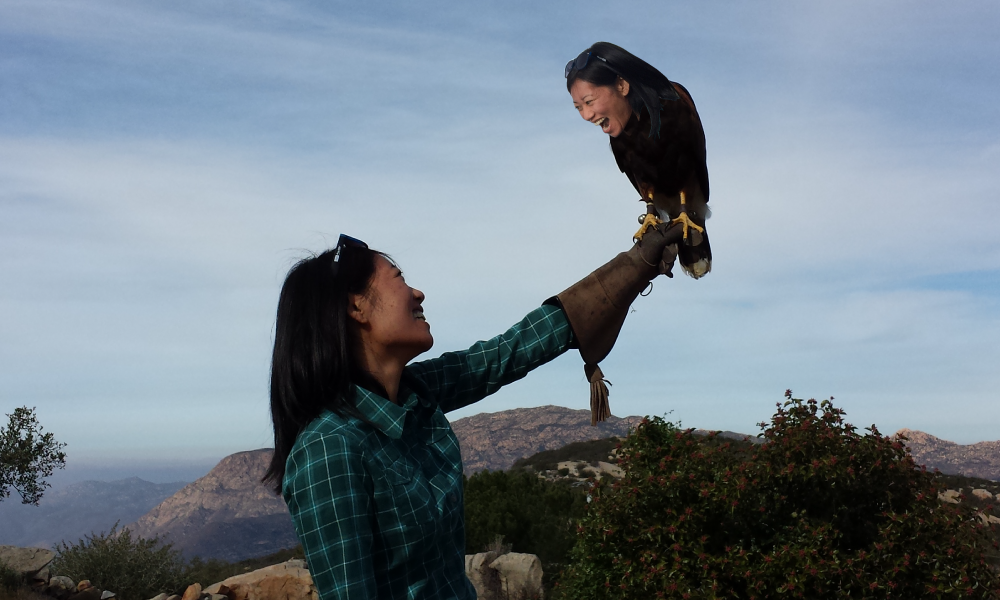 Today we’d like to introduce you to Tracy Park.

So, before we jump into specific questions about the business, why don’t you give us some details about you and your story.
I moved out to Los Angeles to create and tell stories but wound up in animation production staring at budgets and schedules. After having a baby girl in the era of Trump, I felt an urgency to create content that would make the world a better place. I realize how pretentious and naive that sounds, but when you bring life into a country of school shootings, abortion bans and climate change denial, you feel responsible for improving what you can.

In the early days of having a newborn and no job with which to “define” myself any longer, I returned to drawing on a quick and daily basis. Finding small creative windows in a blur of naps, feedings and diaper changes was a way to recenter myself as an artist and not just a parent. But the content has nearly always been inspired by life as a parent, from the mundane little battles to the overarching concerns over the future our children will be inheriting.

To be completely transparent, the artistic work I do right now is largely unpaid with the aim of building a practice that can sustain a living. In the meantime, I take on small part-time remote gigs in animation production and rely heavily on the financial support of my partner. I would not have the body of work or discipline I have today without his moral support either. I am fortunate to be with someone who believes in what I’m doing and helps me prioritize time to create. My daughter is why I create, and my partner is why I can create.

Overall, has it been relatively smooth? If not, what were some of the struggles along the way?
Oh, it’s been a breeze! Not really. I’m constantly plagued by the same self-doubts and insecurities that any artist/writer feels about her work. Having been around amazing animation artists for most of my career but stuck on the logistical side of production can make you feel like you don’t belong in the creative arena. Being a minority woman can make you feel like your voice isn’t as important, or that your experience is too narrow for others to relate to. Becoming a new parent can exhaust you to the point that you’re just trying to survive until tomorrow, never mind making art!

The only panacea I’ve found to all these concerns is to work through them, daily and quickly. Creating regularly makes all the work feel less precious, which makes it easier to take risks and make mistakes, which in turn develops fearlessness. For any new artist, I highly recommend regular, quick work using simple tools and formats as part of your practice. Mistakes will feel more like experiments and less like catastrophes.

Additionally, many female artists (or womxn in general) feel the need to balance their work and accomplishments with self-criticism. There are enough people out there who will criticize what you do – no need to be first in line. Be proud of your work. Don’t diminish what you do when describing it. Give others a chance to think your work is as amazing as it is without pre-coloring their opinion with negativity.

Please tell us more about what you do, what you are currently focused on and most proud of.
I love creating work that pushes forward lofty progressive ideas with lowbrow humor and simplistic drawings, like children’s books and comics for adults (or vice versa!). For example, “Oh, the People You’ll Bone!” is a parody book based off a children’s classic and may initially sound vulgar, but it is a feminist and sex-positive work updated for the #MeToo generation. “Little Monster Finds a Gun” similarly has a ridiculous title but addresses gun sense and safety.

My daily comic “MomBlob” was inspired by the early days of motherhood when my mind was in a fog and my body just felt like a sack of fat and misplaced organs held together by loose skin. Drawing a blob with eyes was about all I could manage and accurately depicted how I felt (and sometimes still do). There are some fun light-hearted moments captured in these comics, but I also include the judgment you feel from other parents or non-parents, the lack of support this country provides for new parents and the resulting anxiety, and the fears and concerns of raising a multiracial girl in the Trump era. When readers (both parents and non) can relate or feel seen, it inspires me to keep up the daily practice.

I also do a weekly illustration “Feminist Folk Sayings” to commentate on anything from transgender rights to abortion bans in a less-than-academic vernacular. My hope is that they might help some feminist ideas make a little more sense to someone who doesn’t enjoy long liberal essays.

Who do you look up to? How have they inspired you?
My mother inspired me enormously to create. My earliest memories involve watching her draw and being given space and time to draw myself. When I enjoyed a children’s book but wanted to re-illustrate it in my own style, she would sew together a booklet and transcribe all the text in the edges so I would have maximum space to add my own drawings. Of course, now I realize that she could buy herself a LOT of quiet time for herself that way. She’s a genius.

My daughter inspires all the work that I do now, whether she is featured in it or not. I see her curiosity and willingness to be no one but herself, and I want to do my part in making the world a place where any child can nurture that authenticity to herself without fear.

I love the work of artists Kara Walker and Alison Bechdel – they each have such powerful voices in their chosen mediums that force people who haven’t walked in their shoes to listen up.

And I have to include Margaret Cho! When I first saw a Korean-American female comic making vulgar, hilarious and politicized jokes and getting laughs from non-Korean audiences on TV, it excited and inspired me more than any academic immigrant success story I had heard up to that point. 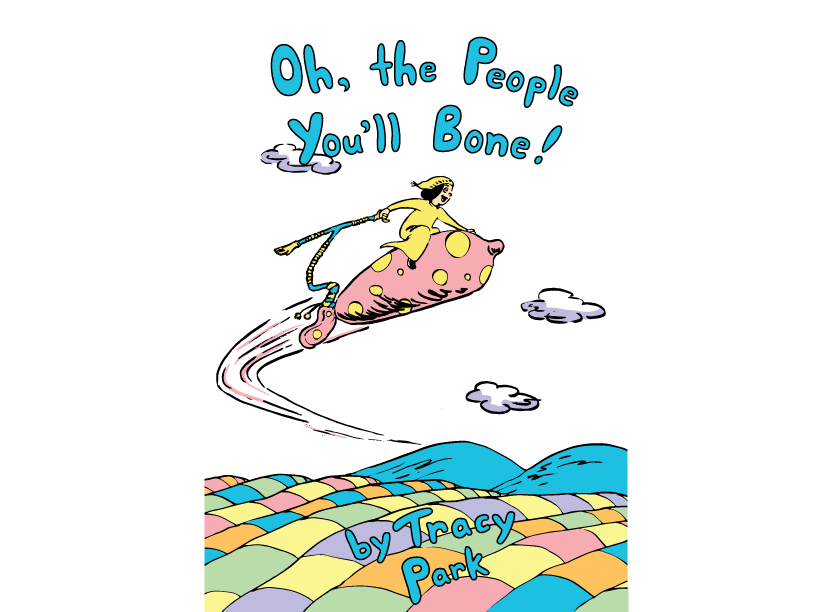 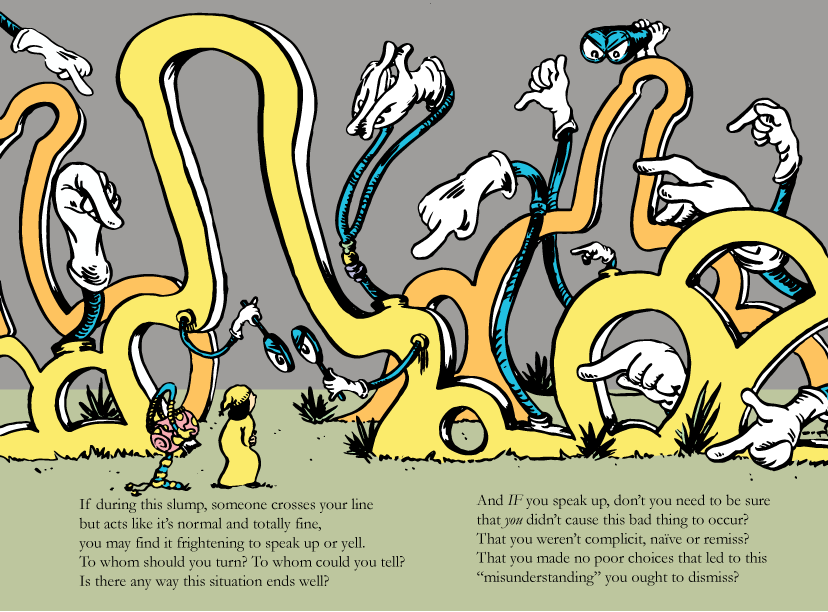 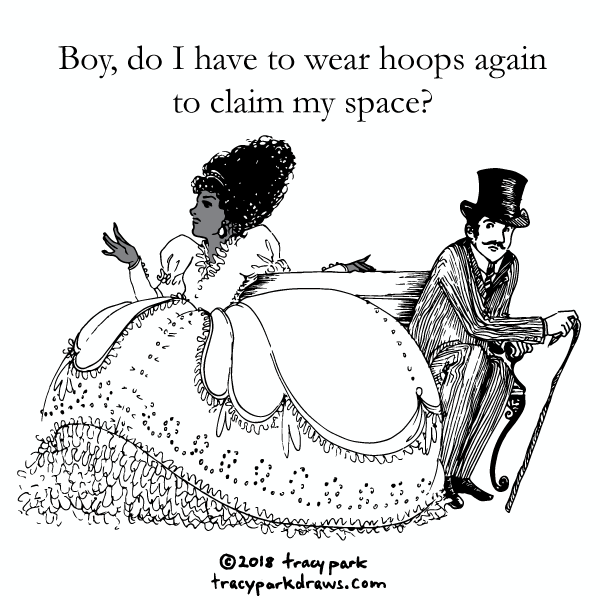 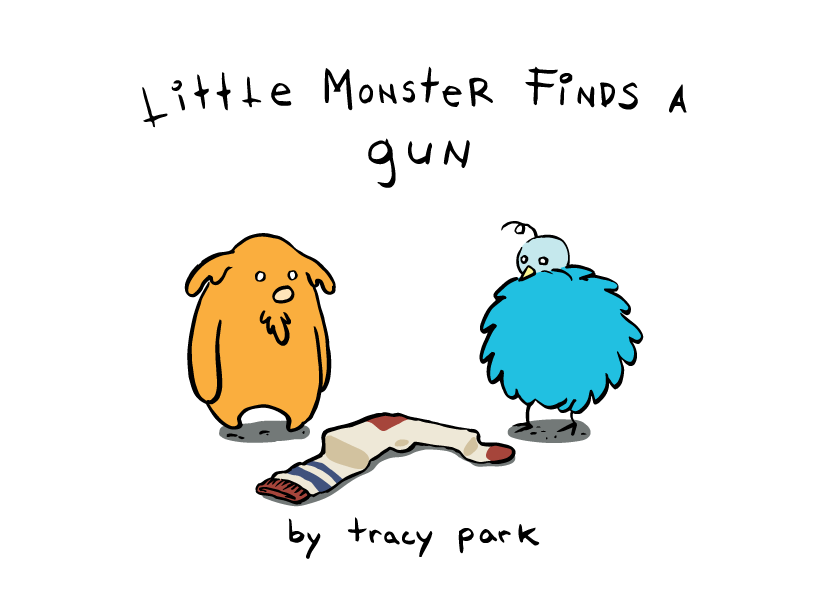 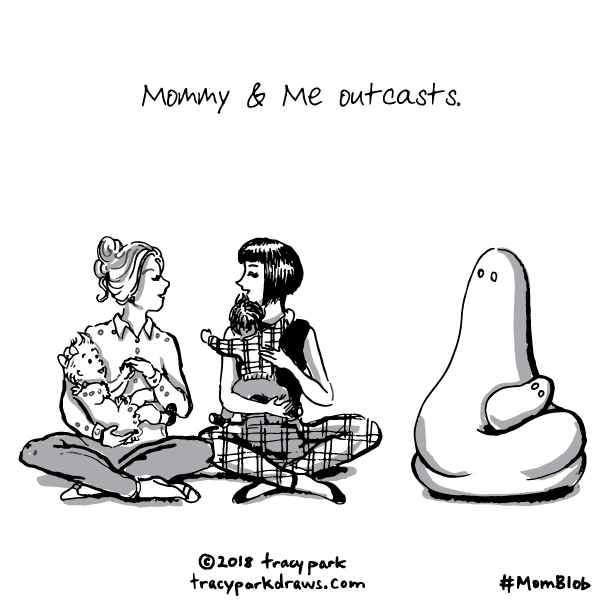 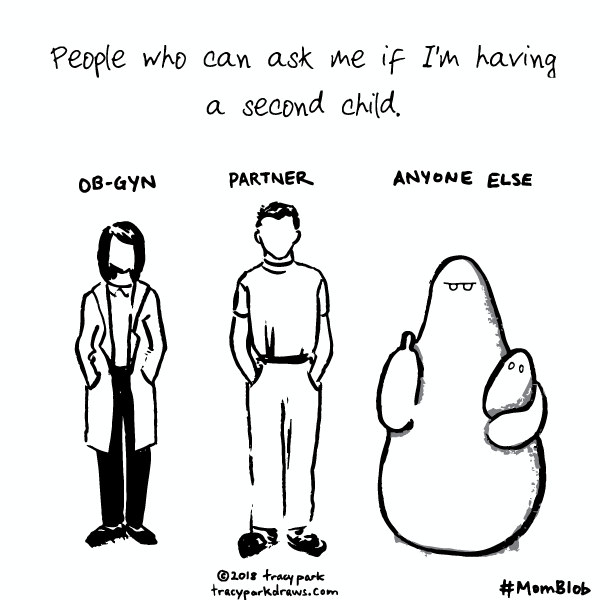 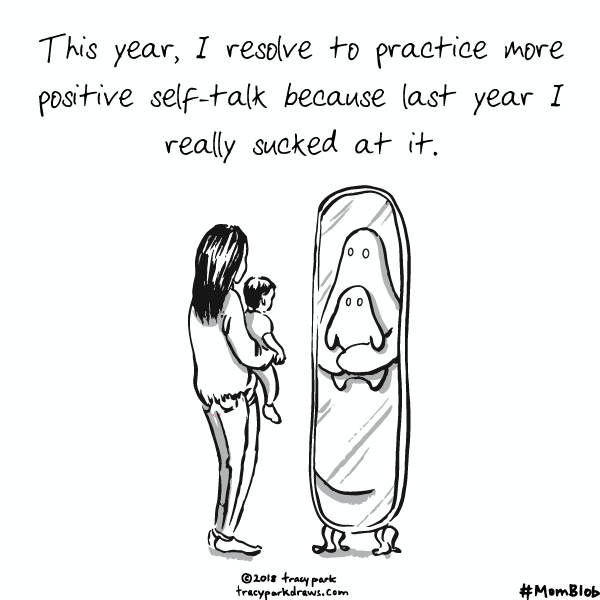 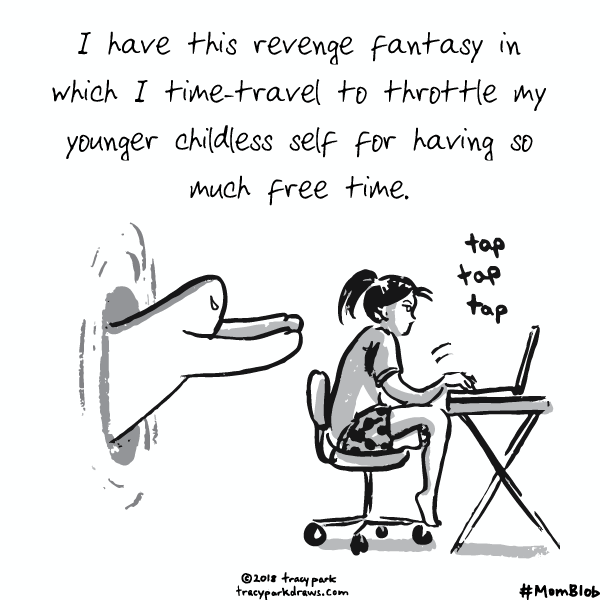