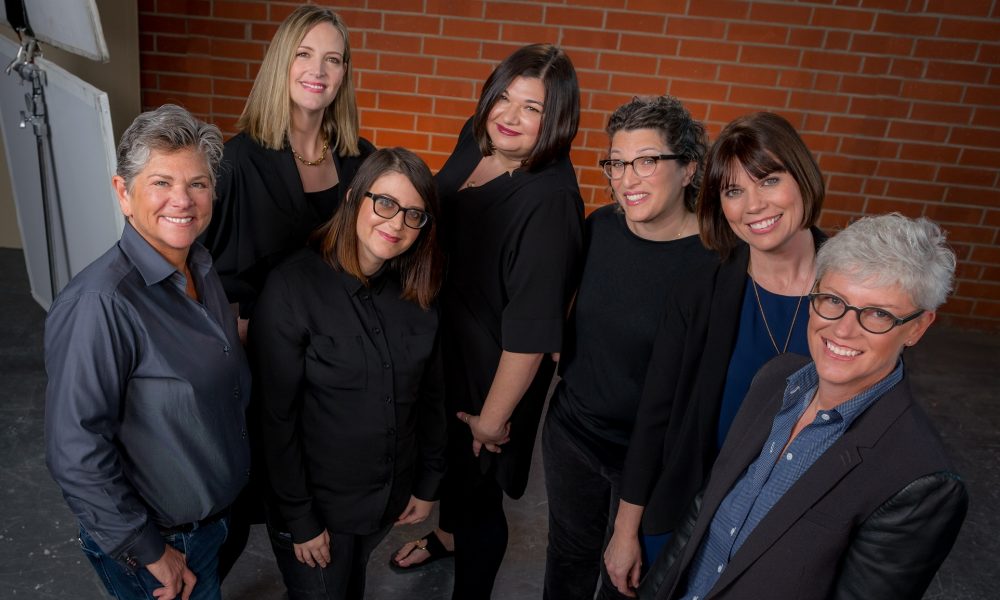 Tara and Jennifer started Pie Town Productions in 1996, back in the early days of reality television.

“It all started with one travel show on a micro-budget, called Great Country Inns for TLC,” explains Sandler. “We had a skeleton crew and did every job necessary, from producing/directing to FedEx runs to janitorial duties. It forces you to use your experience from every aspect of the business.”

Since then, they have produced more than 10,000 episodes of programming for networks like TLC, WeTV, Food Network, Lifetime and HGTV, to name a few. Their longest running hit and pop culture phenomenon is House Hunters on HGTV, which they created after they went house hunting themselves in 1998 and had trouble finding a house that checked off everything on their wish lists. They finally found a house… and an innovative idea for a new reality show.

“We both looked at each other and said, ‘Wow, this is really stressful. This could be a really good idea for a show,’” says Jennifer. “So, we decided, let’s go back to the office, and we’ll put an offer in on the house, and we’ll write up a pitch and send it off. That’s how we created House Hunters.”

It’s only one of the dozens of unscripted shows Sandler and Davidson have created in the past 22 years. “But what we’re most proud of is the energetic and inclusive culture we’ve grown at Pie Town,” says Davidson.

“We’ve hired the people who we believe are best suited to their jobs, many of whom happen to be women,” explains Sandler.

“It’s the ultimate example of teamwork,” explains Henrich. “I head up Development. My team’s job is to create and develop new series to pitch and sell to networks. Once a show is sold, it goes to Samantha, who is the SVP of Production, to oversee crewing and production in the field. Next, it goes to Kerry, SVP of Programming who oversees creative. And that can’t be done without a great post team, which is overseen by Dana, our SVP of Post Production, who ultimately delivers what we’ve originally sold.”

The executive team all have different backgrounds, from journalism to photography to theater, but all of them ultimately pivoted to unscripted once they started in the industry.

“Your ability to pivot is crucial in this industry,” says Henrich. “It allows you to jump on an opportunity instead of letting it pass you by. I was a reporter for seven years before moving to this side of the business.”

“I have a BFA in Theater and pursued scripted film and television directing right after graduation,” says Carlock. “When I moved to LA, unscripted programming was just burgeoning on cable. The timing could not have been more fortuitous.”

Leonard agrees, “I started as a Camera Assistant in film before I moved into television production. One opportunity led to another, and I’ve been with Pie Town for 17 years now. It’s almost unheard of to be at one production company for that long, but I took a chance and it paid off.”

Besnoy says, “I originally thought field work was for me until I had a post internship and saw how all the pieces fit into an odd and intriguing puzzle. I was hooked on Post from that point onward and continue to love the challenge of solving creative needs with tech.”

Despite different backgrounds, Tara and Jennifer are quick to point out that everyone on their team did have one common goal, “We all came to LA to tell interesting stories and make great programming”

Has it been a smooth road?
As in any successful business, Sandler and Davidson have weathered rough times. Looking back, Davidson observes, “Sometimes, it’s better not to know what the roadblocks are and to keep persevering. Youth is on your side in this,” she adds. “Other people are going to be scared and give up. Don’t be one of those people.”

Carlock remembers some challenging moments in the field, “As a young segment producer, I would be flown to every corner of the US and direct crews I’d never met – most of them hard-boiled news guys who didn’t always take kindly to young women telling them what to do. It was a major challenge to hold my own with them and though it could have been a hurdle, it ended up being a great learning experience.”

“I call them speed bumps,” says Besnoy. “I’ve had some small speed bumps here and there, but nothing egregious that threw me off course.”

“Do you know how many places I’ve been kicked out of?” asks Henrich. “When you’re a journalist, you have to ask the hard questions and be willing to persistently dig deep to find the facts. That’s not always popular…or fun. The greater lesson here is that not everyone will appreciate or understand your efforts, but you have to harness that rejection and use it to achieve your bigger goals.”

Sandler concurs, “You’re definitely going to take some hits in this business and you just can’t take it personally. Keep getting back up on that horse over and over again.”

So let’s switch gears a bit and go into Pie Town Productions story. Tell us more about the business.
Davidson is proud of the genre in general. “Reality TV” is often maligned by critics, but Davidson argues that she was attracted to it because it “actually offers a more democratic voice to programming. People are watching people more like themselves, rather than fictionalized versions of what a writer or director thinks a ‘suburban couple’ is, for example.”

“I’m most proud of our employees,” says Sandler. “We’ve created an environment where people have met their spouses, gotten married, they’ve bought their first house and have had babies. And they’ve done it while having a career that allows them to have a life as well, which is rare in this business.” She adds, “We still employ the very first person we hired.”

“The feedback has been that we are highly organized and efficient and everyone knows how to pass the baton effectively,” says Besnoy. “That’s important when you’re delivering 400 episodes of television a year.”

Davidson notes, “We’re known as the company to deliver shows on time and on budget with really good storytelling.”

Do you have any advice for finding a mentor or networking in general? What has worked well for you?
“I think it’s a challenge that men and women are still not seen equally,” says Leonard. “Women are still often assumed to be sensitive and maternal while men are assumed to be confident and outspoken, so when a woman is assertive, she is often considered bossy or “bitchy” rather than managerial or a leader,” says Leonard. “In my experience, women are highly skilled at diplomacy, communication, cooperation, networking, and listening. When I’m asked what do women bring to the table, my answer is always, the table!”

“’Lean In’” really resonated with me because I finally understood impostor syndrome and how passive I was being with my career,” says Carlock. “I think it’s hard to put yourself out there when you’ve been taught to be ‘nice’ and not rock the boat. Unfortunately, being good at your job is not enough to keep you employed. You have to be your own promoter and ask for the opportunities you want.”

“Generally, I think motherhood is still the biggest hurdle for professional women because women often have to take themselves out of the workforce for a chunk of time to raise their young children,” says Henrich.

“Momentum is real, and that interruption has a major impact financially and in opportunities for advancement. Pie Town is family-friendly, but it’s sadly still an exception in a national workforce filled with sharp and innovative women.”

“I feel women are more supportive of each other now than they’ve ever been, and in the Pie Town environment, success is encouraged and celebrated,” says Dana. “Post Production tends to be very male-centric and tech-heavy; no one expects a female to lead a 50 person post team while constantly assessing tech needs as we go along.

So, I do feel women have to work a little harder, prove themselves a little more and be a little louder to land leadership positions on this side of the industry.”

Sandler and Davidson point out that that’s why it’s so important to network and surround yourself with other people in the business who are supportive and collaborative.

“And don’t underestimate the power of connecting with other people in the industry, with competitors and potential clients and staff itself,” says Sandler.

Davidson adds, “You never know where opportunities come from… and you might as well enjoy it as you go along!” 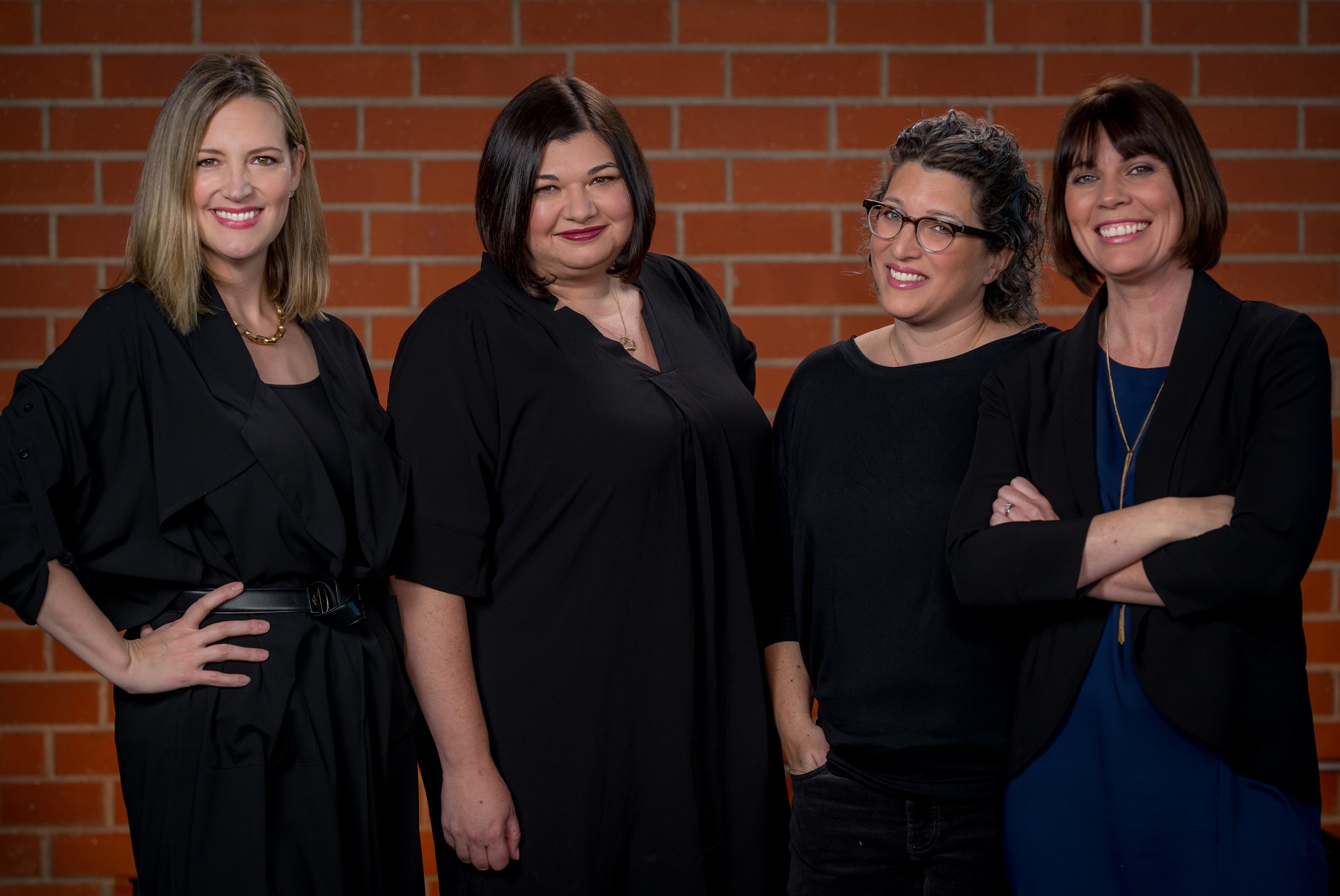 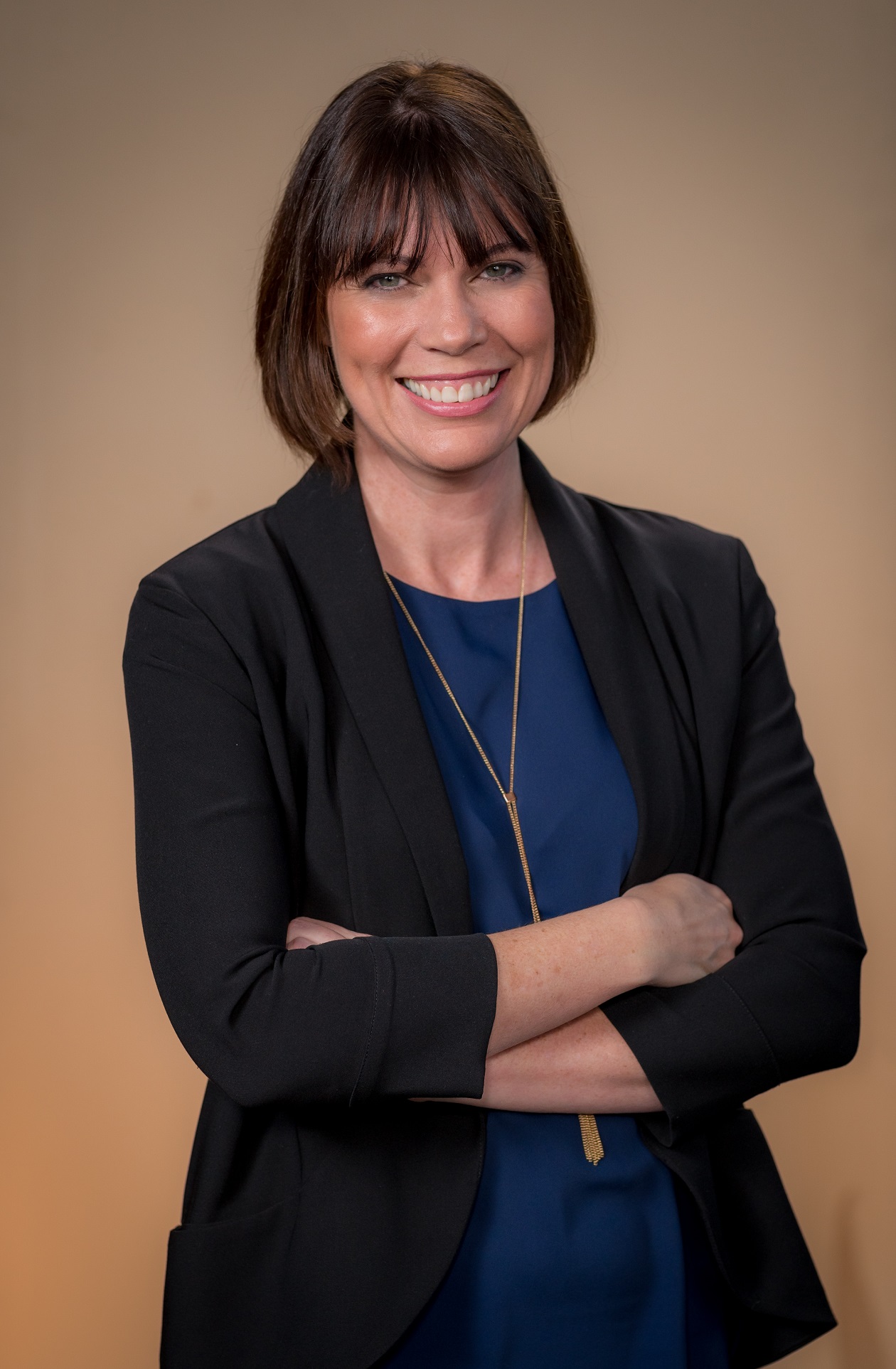 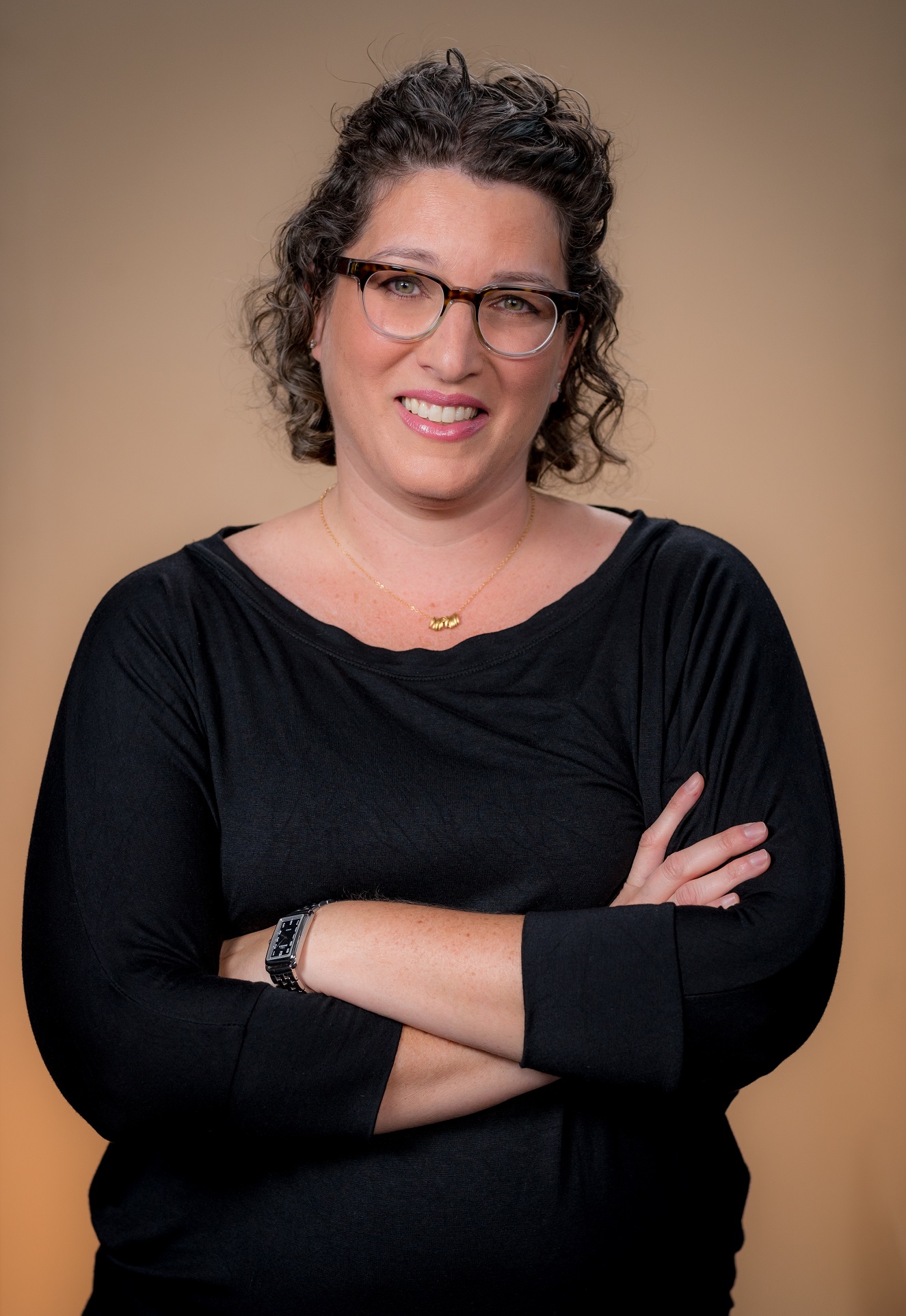 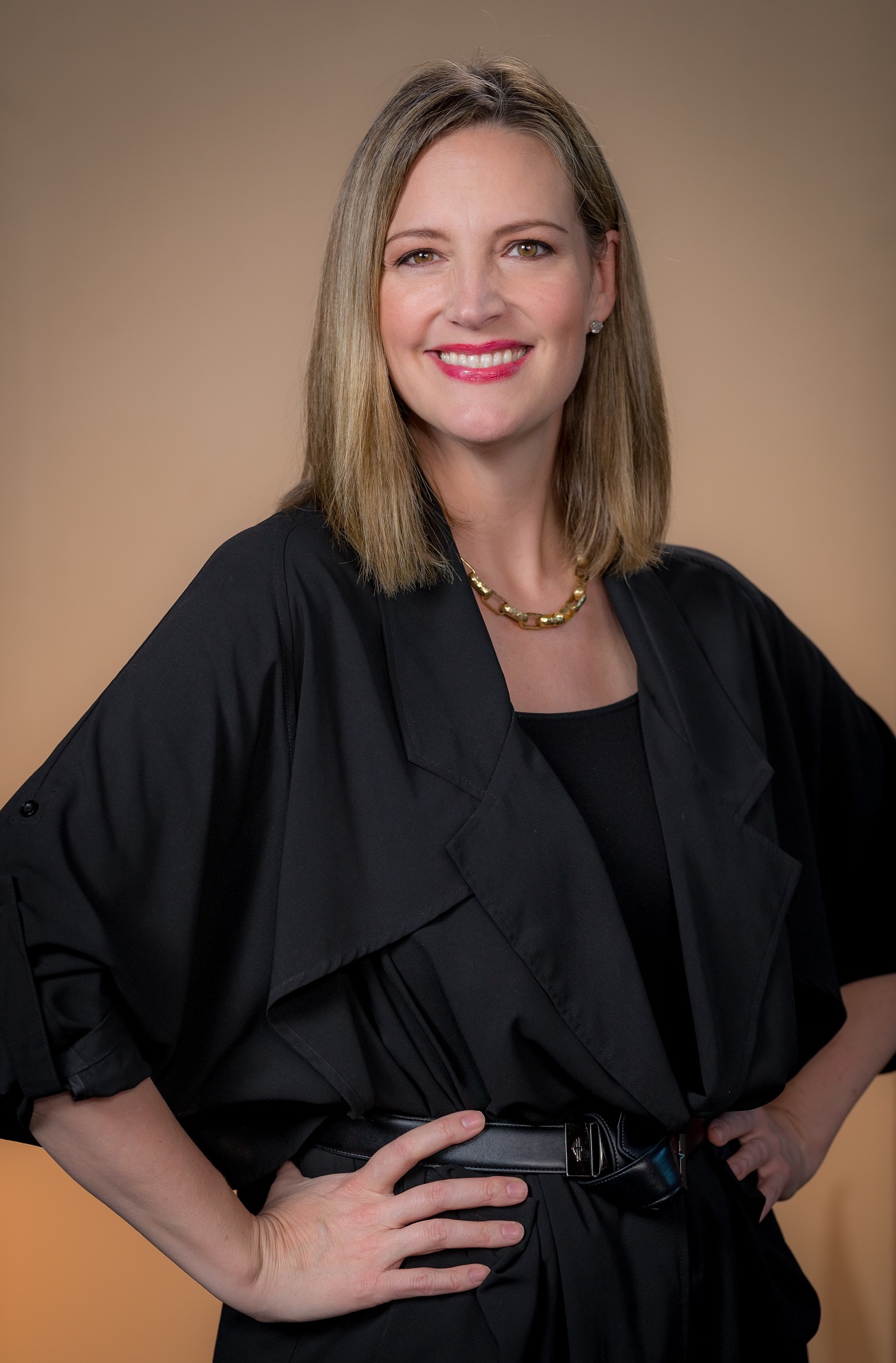 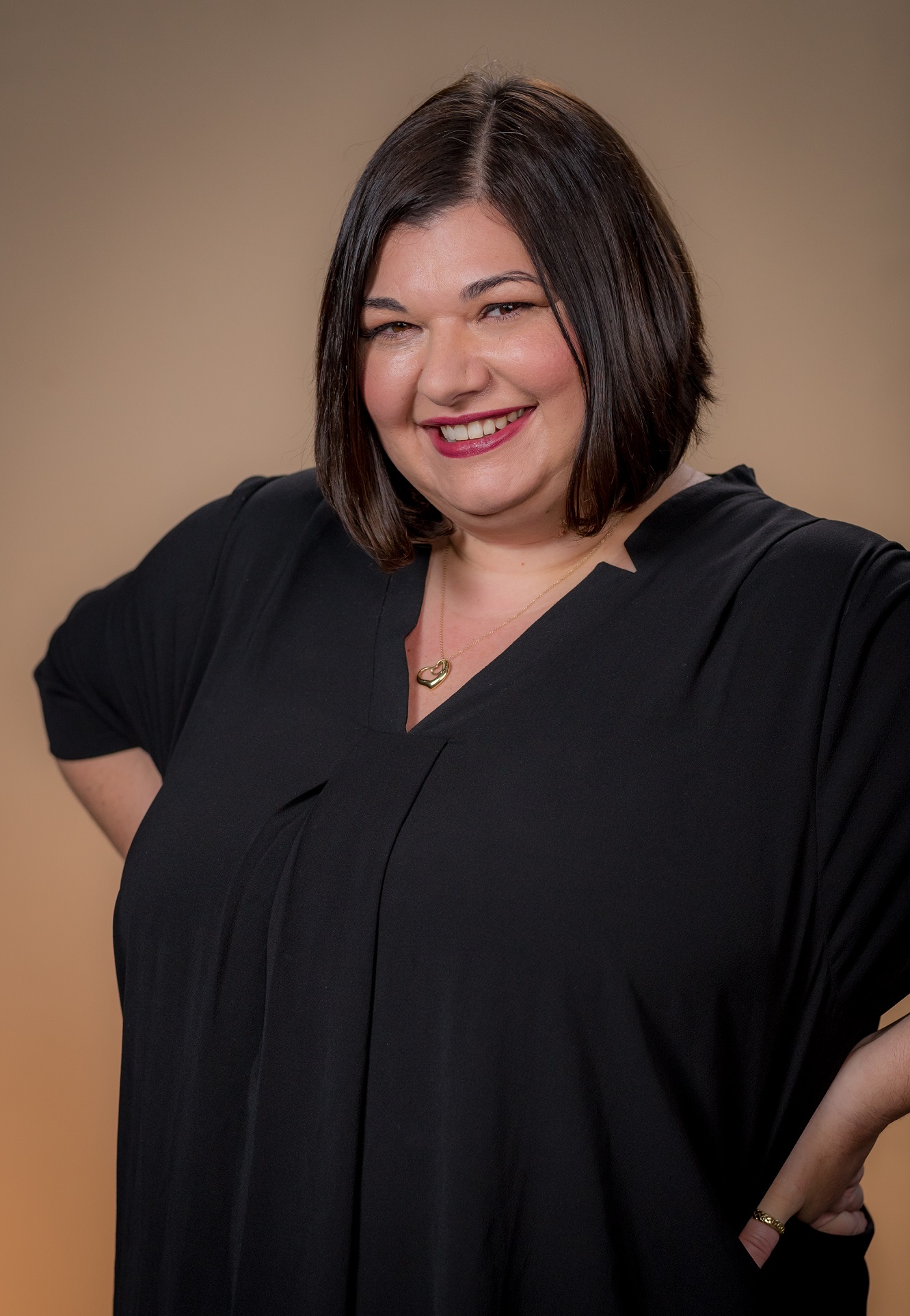 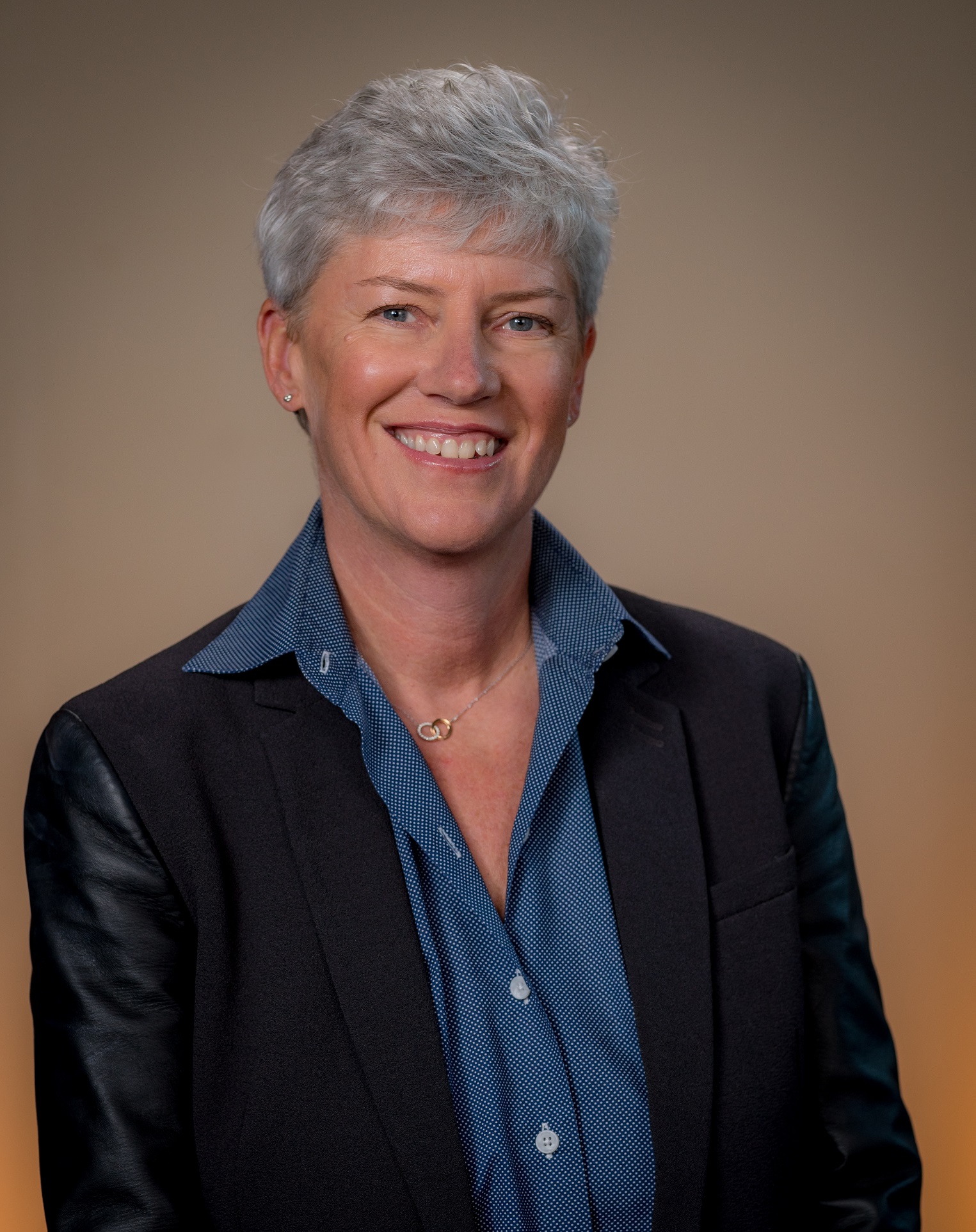 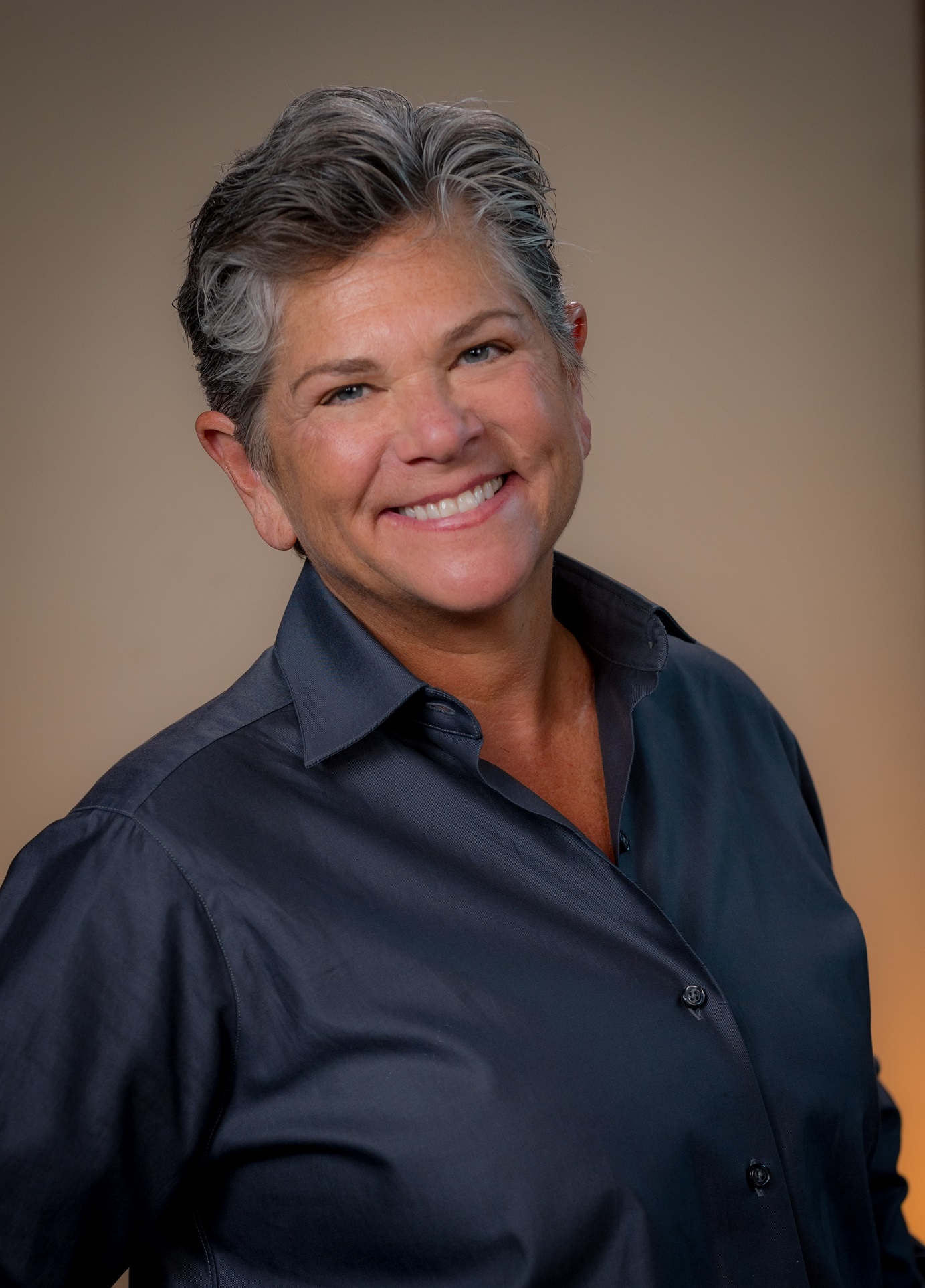 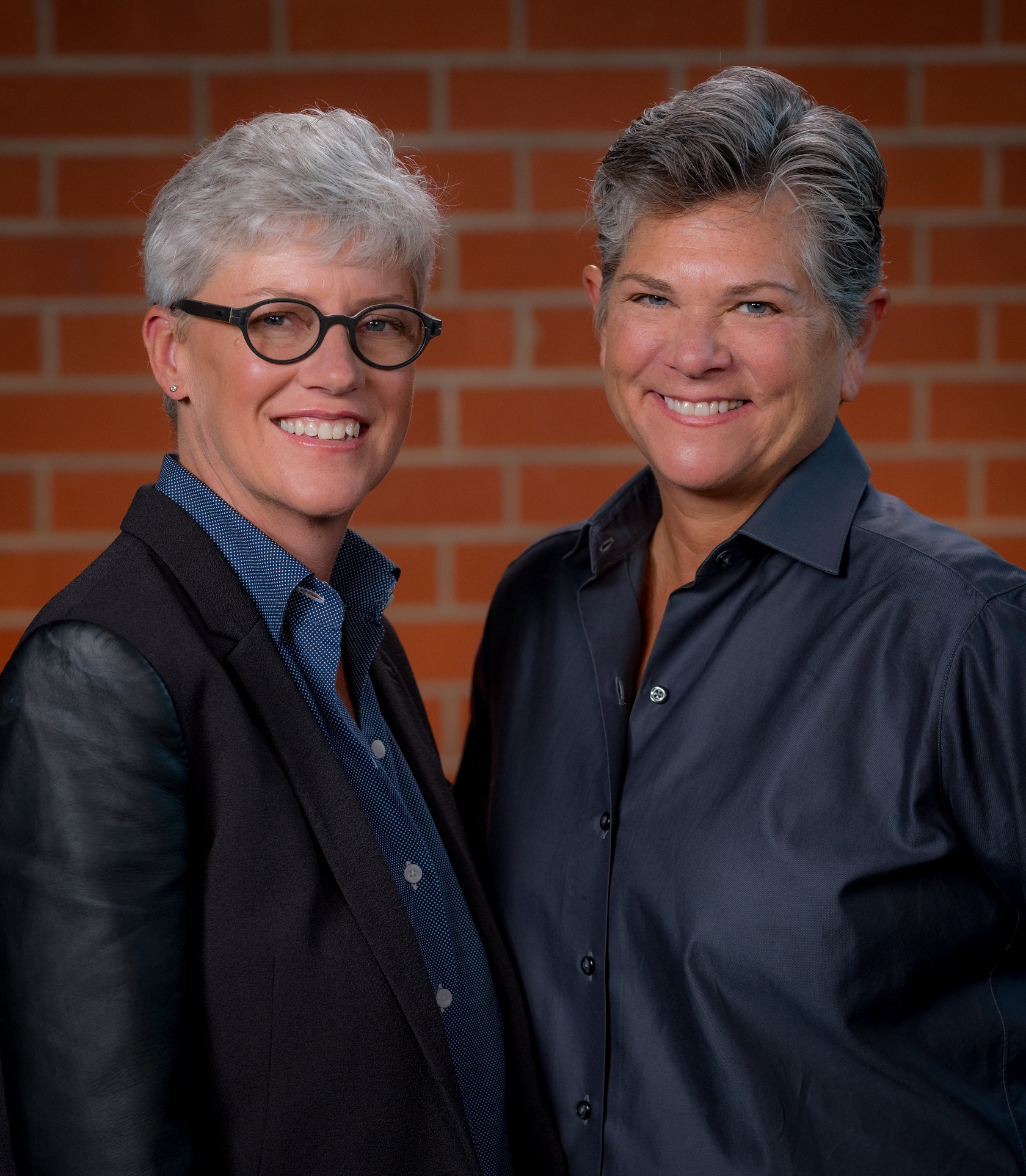