Conversations with the Inspiring Sally Elbassir 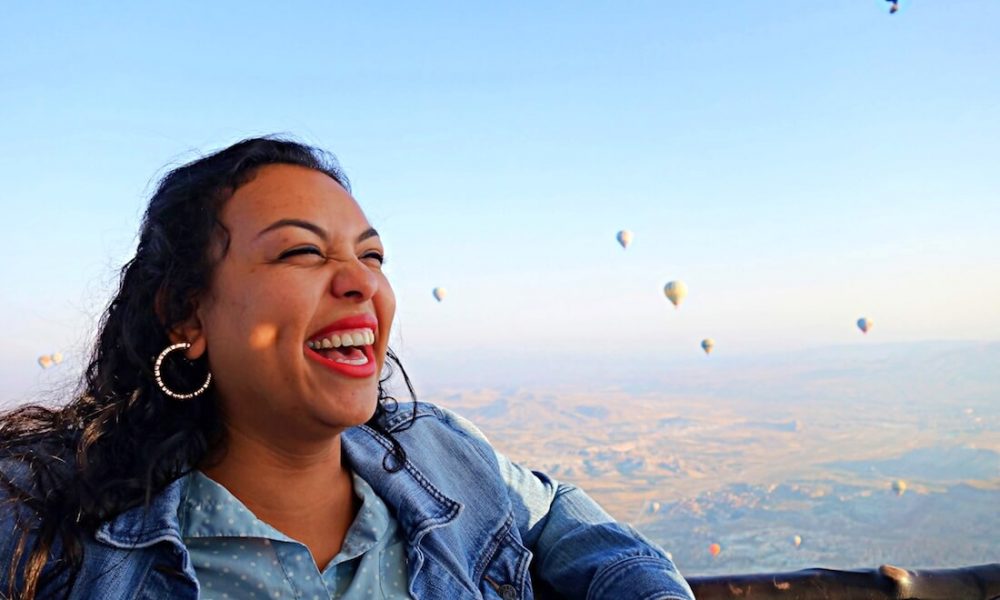 Today we’d like to introduce you to Sally Elbassir.

So, before we jump into specific questions about the business, why don’t you give us some details about you and your story.
It all started in November of 2012. I had just graduated that summer and after months of traveling, returned home only to find myself longing to be on the road again. I just kept telling myself over and over that it was time to grow up and find a full-time job. And it worked… for awhile.

Those months of unemployment were productive, to say the least. Besides aggressively job-hunting, I researched digital nomads: people who make a living by earning money through online jobs, websites, blogs, etc., all while being location-independent.

That idea never really left my head, despite my best efforts to squash it. I told myself that I needed to get a 9 to 5 job, because what skills did I possibly have that would allow me to live this life? Needless to say, I secured a “normal” job and spent the next 2.5 years feeling like I was wasting my time in a job that not only wasn’t for me, but was also making me miserable.

After two long years of back and forth debate, emotional breakdowns, and attempts at convincing myself to be logical, I finally decided to leave my job.

I was scared to death of the unknown but I decided to go on my first solo trip to clear my head and “figure things out” and document it all on my new blog, Passport & Plates. This was August 2015.

We’re always bombarded by how great it is to pursue your passion, etc. – but we’ve spoken with enough people to know that it’s not always easy. Overall, would you say things have been easy for you?
In the beginning, I had a lot of growth in traffic and on social media (a surprising amount).

But I mainly struggled with two things: establishing a brand/niche (I had this idea that being niche would alienate people somehow) and monetization. Because blogging as a job is a somewhat new concept, there’s a lot of learning to be done on both the blogger side and on the branding side, especially in the travel industry. However, it’s a continuous learning process and I’m very grateful to be along for the ride.

What’s the most important piece of advice you could give to a young woman just starting her career?
Advice: work hard and learn how to do everything at the beginning – then don’t be afraid to invest in tools and in people to grow. It’s so easy to fall into the trap of doing everything yourself but you need to invest in order to grow.

So let’s switch gears a bit and go into Passport & Plates story. Tell us more about it.
Passport & Plates is a travel blog for curious foodie travelers: those who hear stereotypes about certain destinations but go out and seek the experiences for themselves. Passport & Plates is also for the Muslim traveler. The rebel. The one breaking stereotypes, traveling far and wide to show the world who we are – that Islam is more than what the media shows.

This is where I stand out. When I first started blogging, there were very few Muslim travel bloggers (although there are a few more now). I wanted to see a travel industry that was diverse and representative and I also didn’t want the mainstream media to be the voice of Muslim women (especially female travelers).

What I’m most proud of is a travel group I co-founded for Muslim women on Facebook and Instagram called Muslimahs Who Travel. We’re 1000+ members strong and it’s a global community of diverse Muslim women from around the world who love to travel. It’s been amazing to bring together a community of travelers, and I’ve met some truly amazing Muslim women through the group.

Looking back on your childhood, what experiences do you feel played an important role in shaping the person you grew up to be?
My parents (albeit somewhat unintentionally) played a huge role in both my love of travel and my pursuit of entrepreneurship.

Growing up, my dad used to always tell me that owning your own business is the best investment you can have in yourself. However, it wasn’t my initial goal. I knew that entrepreneurship was challenging and really wanted a job that would allow me to both do good and have work-life balance. But ultimately, I realized that I wanted so much more than a traditional job could offer: instead of finding a dream job, I created one.

My parents were avid travelers when they were younger (I was born in Ireland and had lived in four countries by the time I was 4) but circumstances kept us grounded in the U.S. until I was 14. That first trip abroad (to Egypt) ignited my travel bug and I haven’t stopped since. I was fortunate to go to a university that encouraged students to pursue opportunities abroad and was able to travel abroad multiple times both during and after university both as a student and as an intern.

Life circumstances truly set me up to be a world traveler. 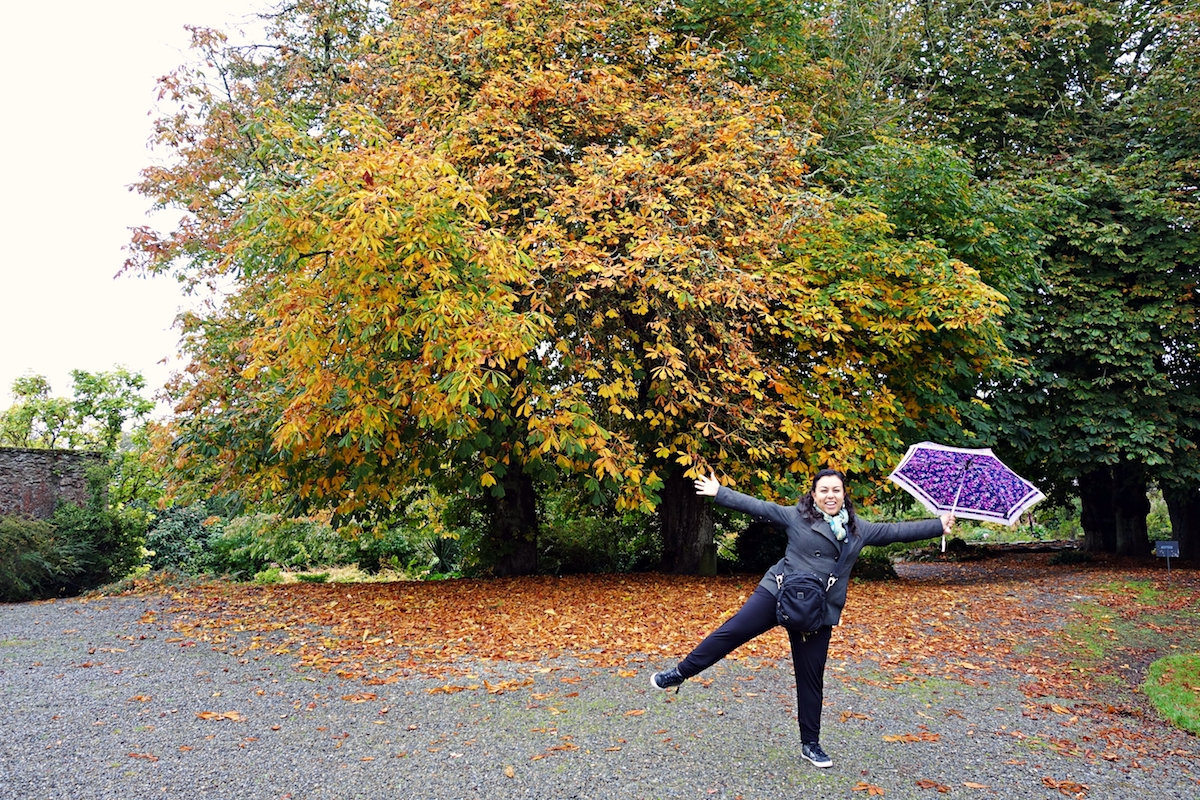 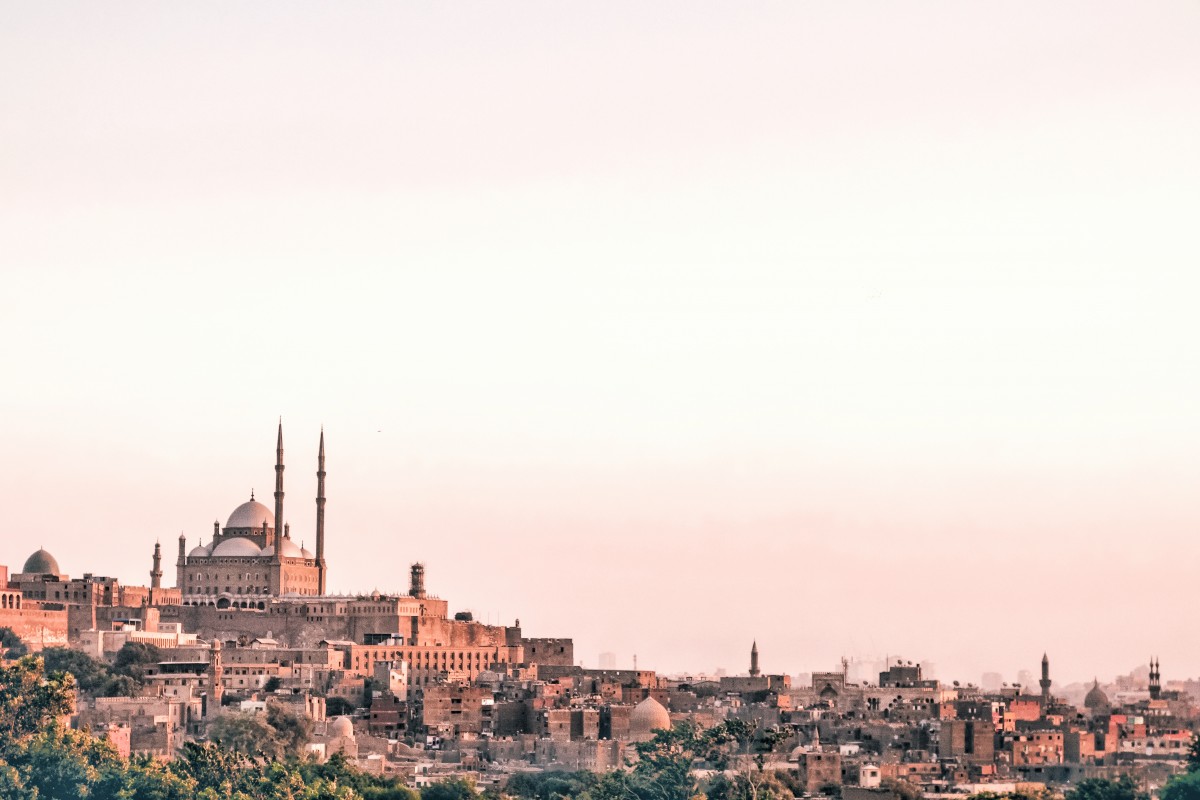 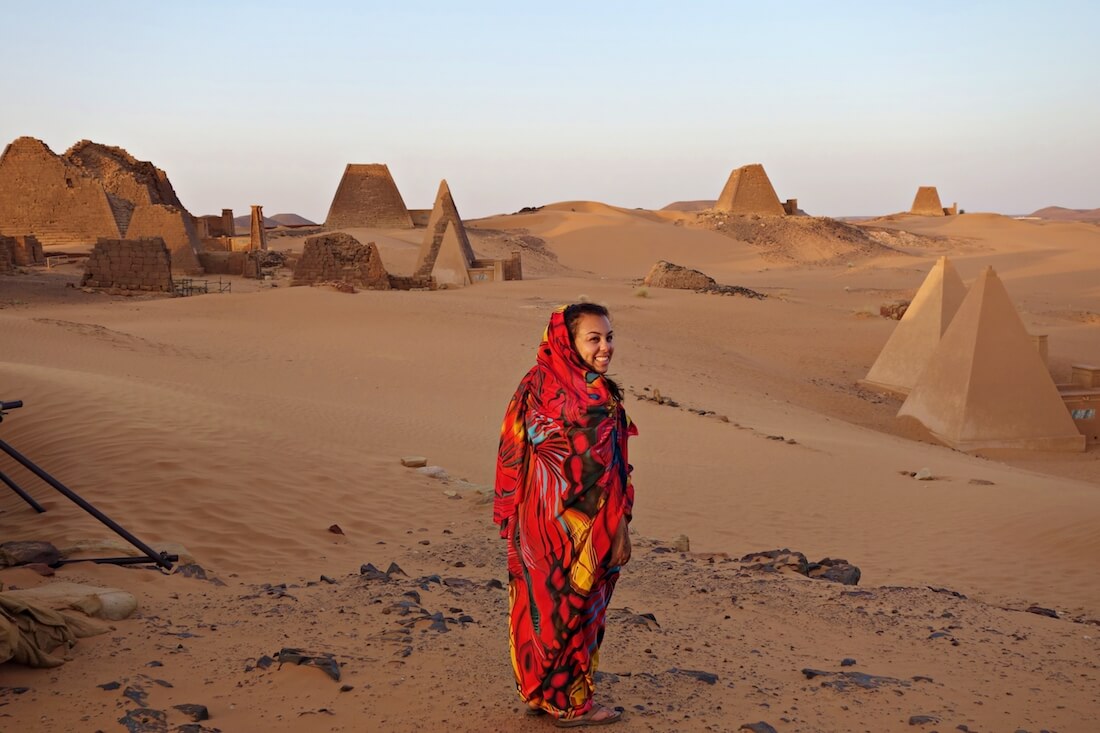 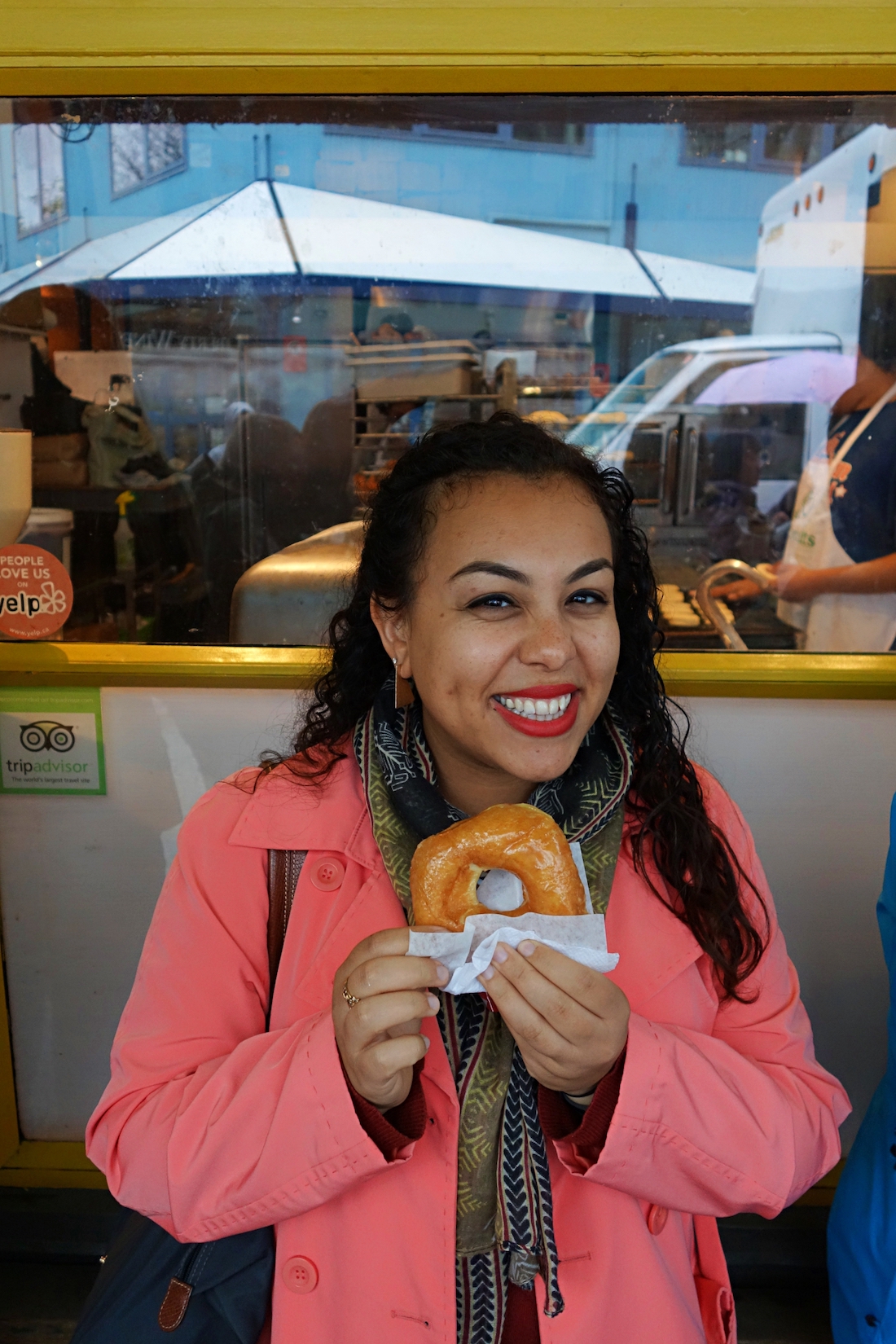 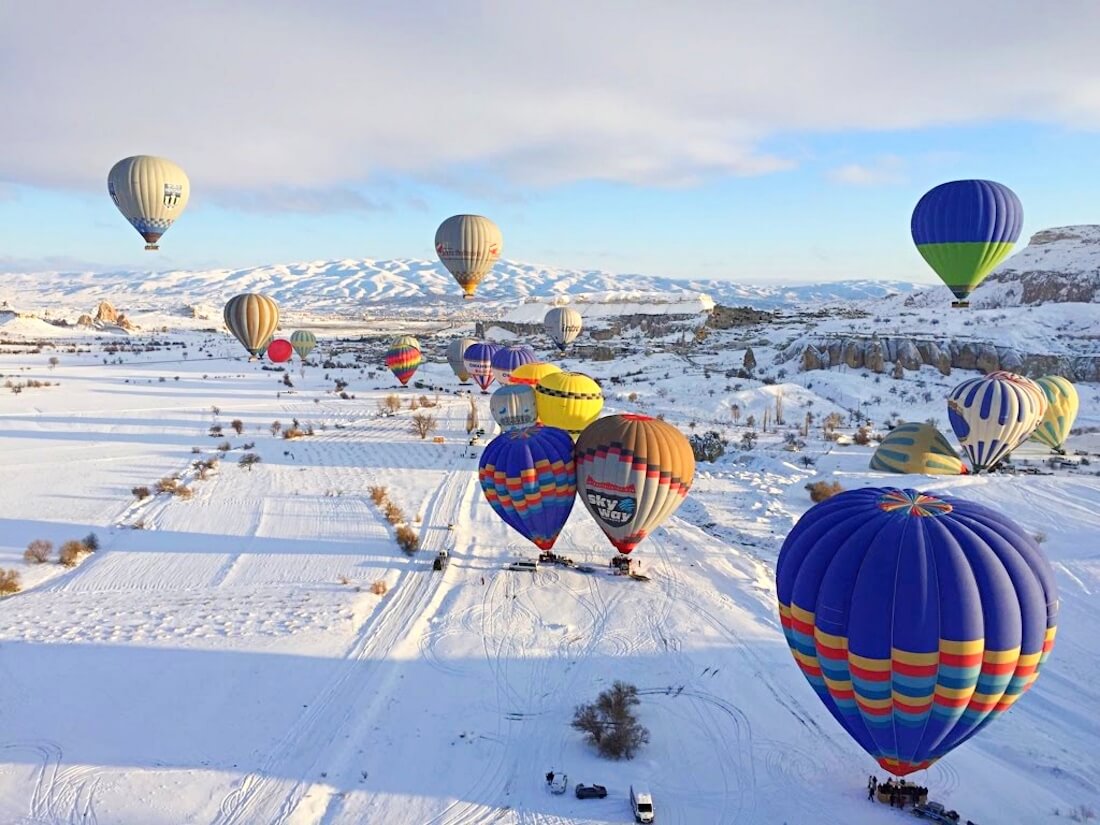