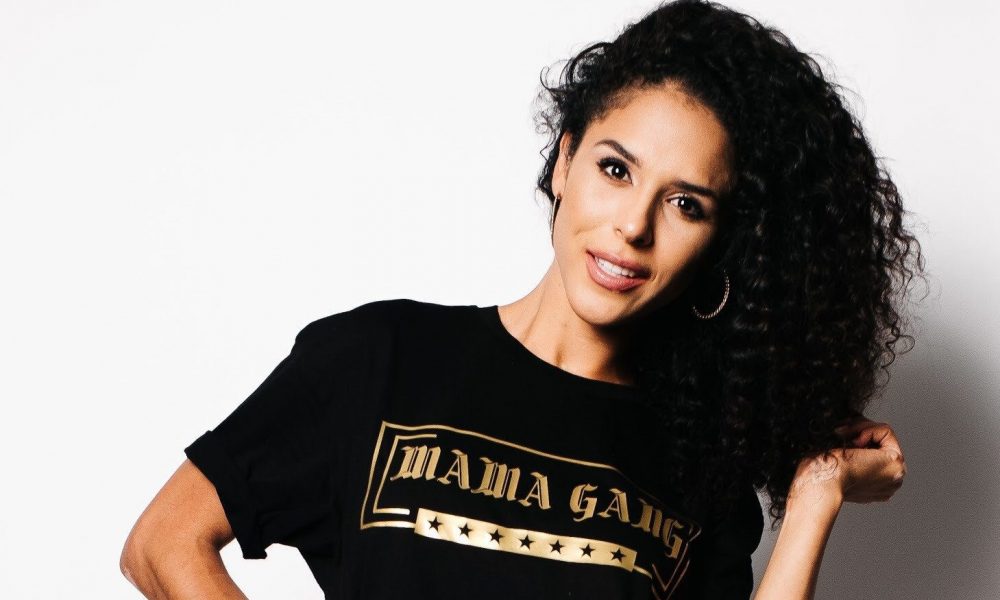 Today we’d like to introduce you to Brittany Bell.

Hi Brittany, so excited to have you on the platform. So before we get into questions about your work-life, maybe you can bring our readers up to speed on your story and how you got to where you are today?
San Diego born to a black father and islander mother (Guam), raised in San Diego and then moved to Arizona where I spent most of my growing up until it was time to start college. Started college at the age of 17 and completed with a B.A. in Mass Communications. While in college, I danced for the NBA- Phoenix Suns (took a chance of having no professional dance skills and made it through nearly 400 women to join the team) Danced for three consecutive years until graduating from Arizona State University and headed to LA to pursue the broadcast dream of being an on air reporter. That detoured when I discovered the ability to represent Arizona in the Miss USA competition. Competed with all heart and hope but no clue what would come of it and it turned into a Miss Congeniality award and a crown titling me Miss Arizona USA. After Miss USA, I moved to LA and took on broadcasting from the ground up. Eventually, worked for the World Poker Tour and then decided to give Miss Universe a shot. Moved to Guam for two years and won Miss Universe Guam and went to Miss Universe.

Eventually moved back from Guam and became a mother to Golden, my son. This is when I discovered the power of Motherhood. I created the Mama Gang brand to inspire and show a representation of respect and unity for mothers regardless of age, status, culture, or ethnicity. I began workshops for women to build their self-confidence and used my own auto-immune condition, Vitiligo, to show girls and women how you can love who you are and own your vulnerabilities to empower yourself rather than seek alteration or dislike oneself. Found a love in learning about my family, especially how to raise my son within a psychological understanding and took on the idea of becoming a psychologist. My father was involved in a very serious trial due to fighting back when surviving police brutality and he later passed away after suffering from post-traumatic stress. His story inspired me to want to learn how to help black men in America psychologically. My father had PTSD due to the police brutality and now I seek to understand how to be a part of helping the well-being of our Black men within the psychology realm). Just after becoming pregnant with my daughter during the pandemic, I was accepted to Pepperdine and decided to go for it… pregnant mom in college. After a successful first term of school, God just so happened to bring us our baby during the Christmas break. I birthed our daughter and began school about two weeks later. Now I am here in school pursuing my doctorate in psychology while running the Mama Gang! Also became a yoga instructor before my second pregnancy after practicing as a student so often that I was inspired to create fitness apparel within the Mama Gang line.

Can you talk to us a bit about the challenges and lessons you’ve learned along the way. Looking back would you say it’s been easy or smooth in retrospect?
No! Haha. Anything worth having isn’t easy! From modeling to television and commercial work to now the brand and even psychology… it’s been about the perseverance and drive within despite the NO’s that could come while holding onto the Yes within yourself. Learning how to be mindful of each investment within the brand and not getting so excited about the brand expansion that I create so much. It’s hard to be a creative while also combining first-time business building. I just want to make everything Mama Gang and launch every idea. But being patient and using wisdom has been key FOR EVERY AVENUE OF LIFE haha. Becoming a mother was a shift also I’m so many ways. The sacrifices I choose to make for family take a lot of strength but I have grown in my strength increase. Any mother knows the aspects of self-image that can become a struggle when giving all of yourself to your children — combine that with a desire to return to my career in modeling, tv, and a new brand… well the balance can be a struggle — But an uphill one I choose to maintain or find ease within. Having vitiligo spread after my pregnancy was a struggle as I could see my body fighting but it just happens. Maintaining the stress (prayers… yoga… psychological education for well-being) has helped since there’s no cure. I use it to help other girls see it’s beautiful to own and accept the things about you that are natural and you can’t control!

Appreciate you sharing that. What else should we know about what you do?
I run the Mama Gang which is a movement within a brand. It unites mothers to find a pride in their motherhood and recognize their own strength in motherhood while others increase their awareness and respect as the brand spreads one mother at a time. I’m most proud of the woman I have become through motherhood and continue to see myself becoming. It has lead me to such a wonderful passion in psychology as I really love learning what is most healthy for my children. Nothing will be perfect in this world so teaching my children how to thrive cognitively, emotionally, and mindfully despite anything that they are surrounded by… well, that’s a pride I have. I believe my spirit and resilience is definitely something that has contributed to what sets me apart personally. But what sets my brand apart… is that Mama Gang comes with a message that unifies and is highlighting and empowering mothers in a casually stylish way. It’s like wearing your favorite team… what better team than the one who is the portal to life on earth. My favorite team to be on 🙂

Do you any memories from childhood that you can share with us?
Oh gosh… there are a few. My mother picking me up from preschool to kindergarten and riding around San Diego together. Or dancing in my room with my little sister or having sleepovers with all my little girlfriends. God blessed me with good girlfriends throughout my life and it started since childhood. I will never forget my annual birthday sleepovers full of laughter and dancing and games! 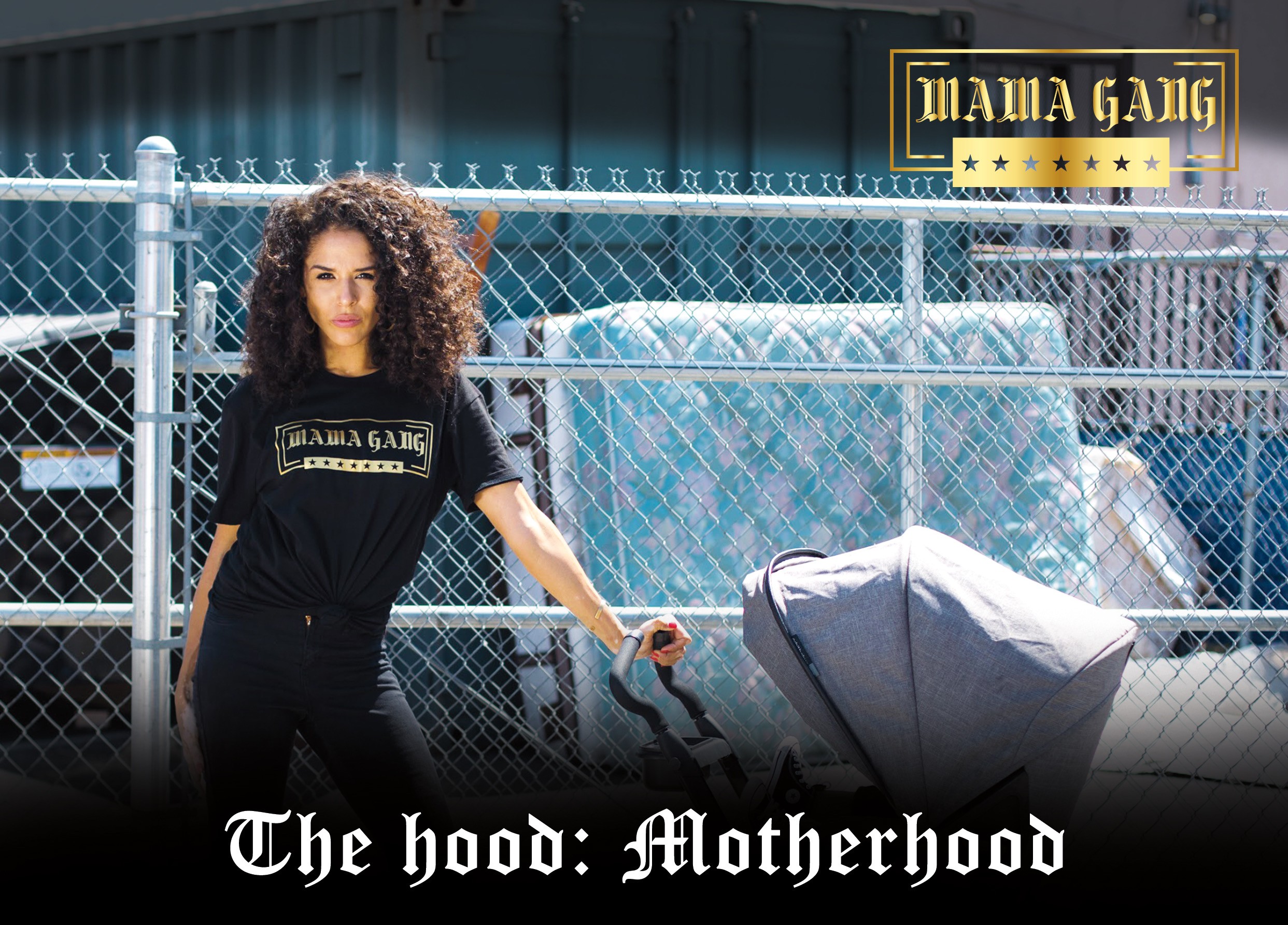 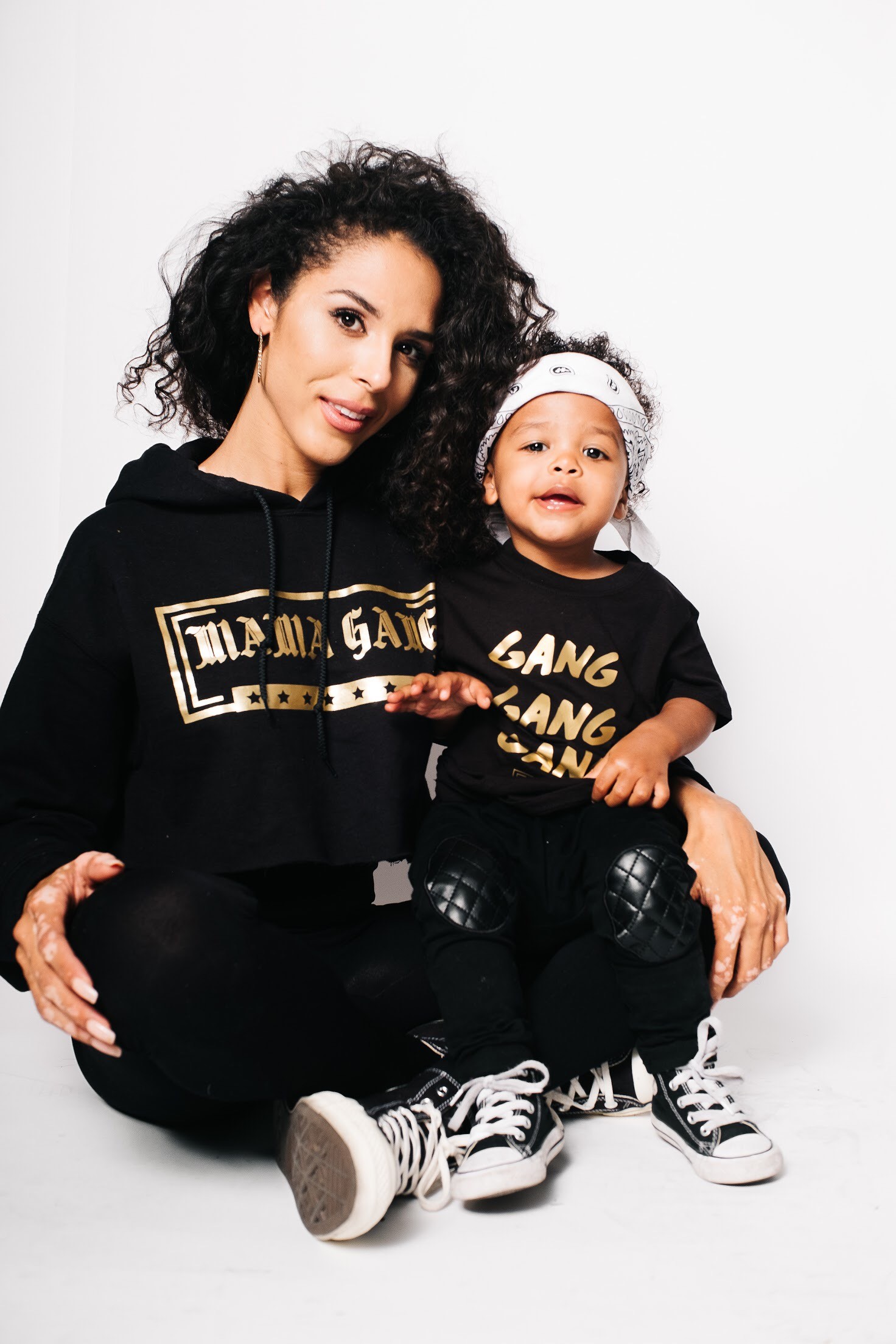 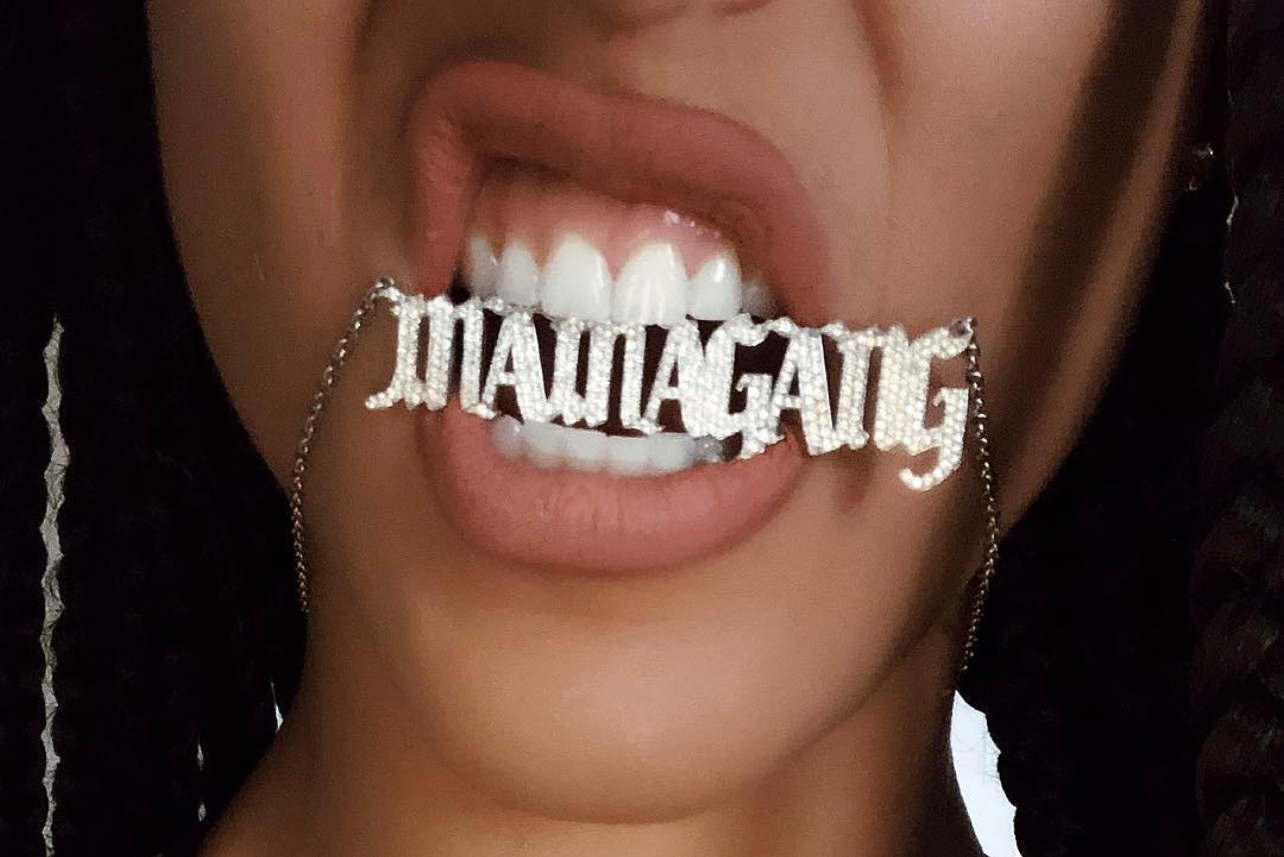 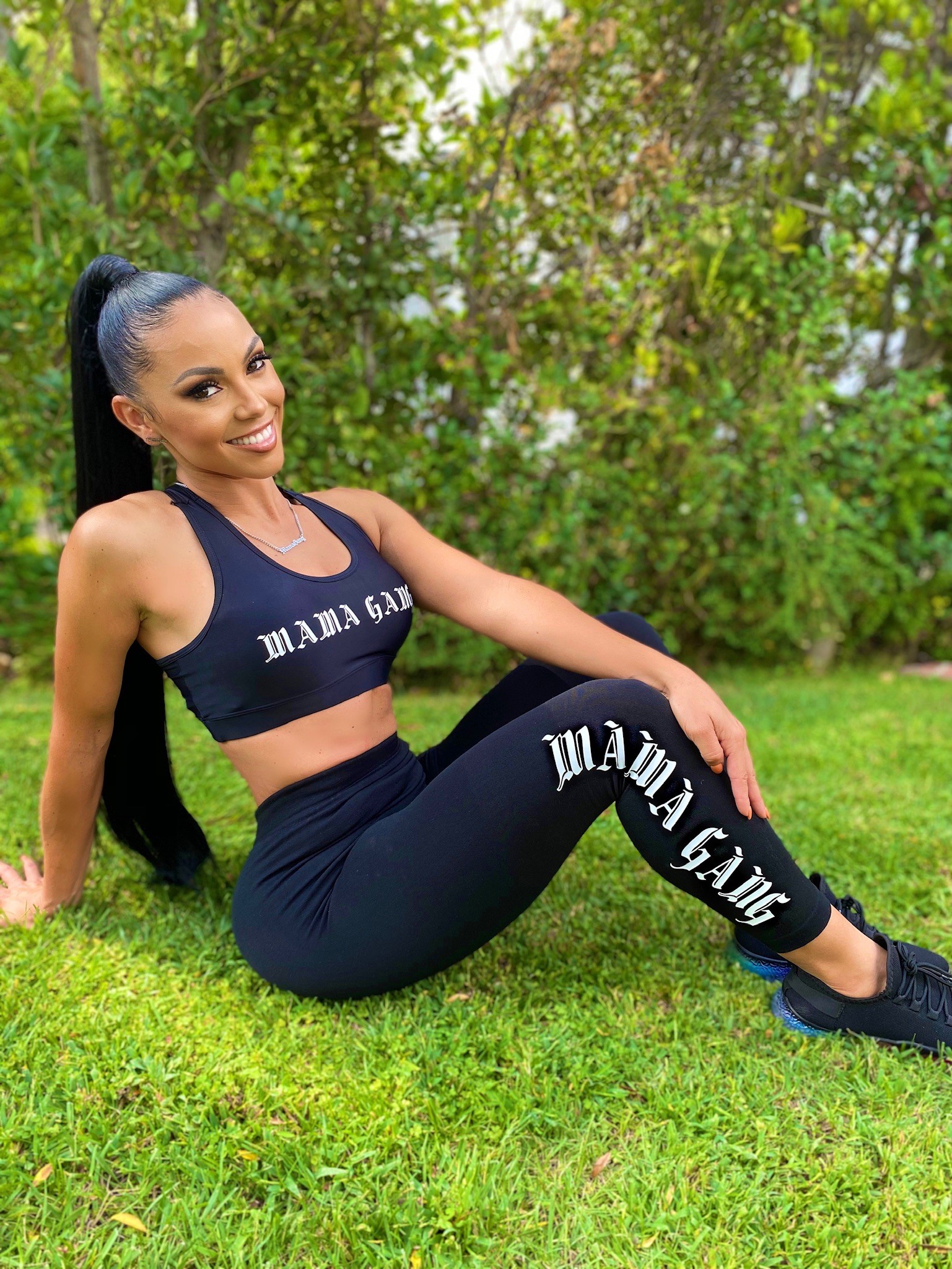 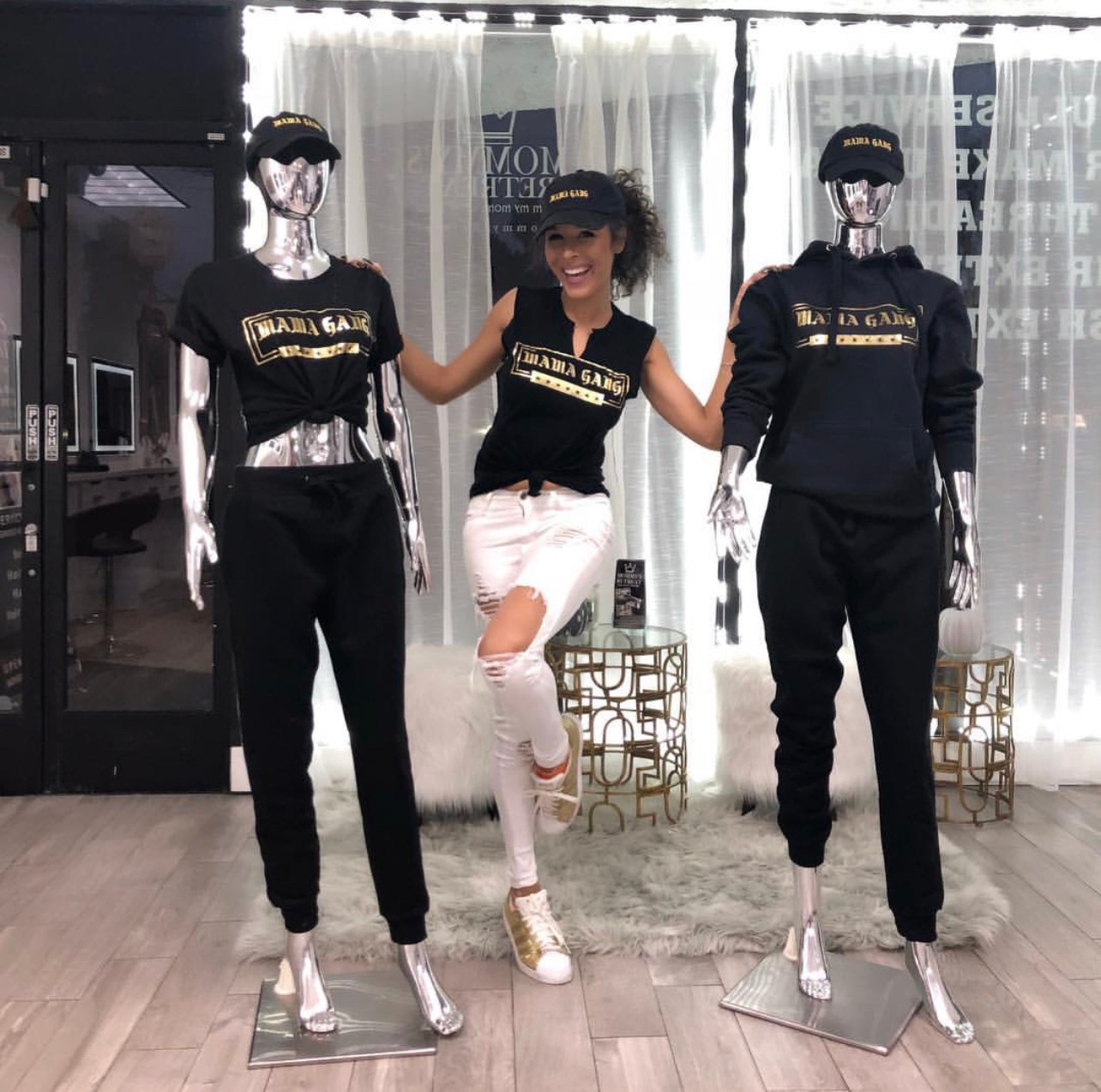 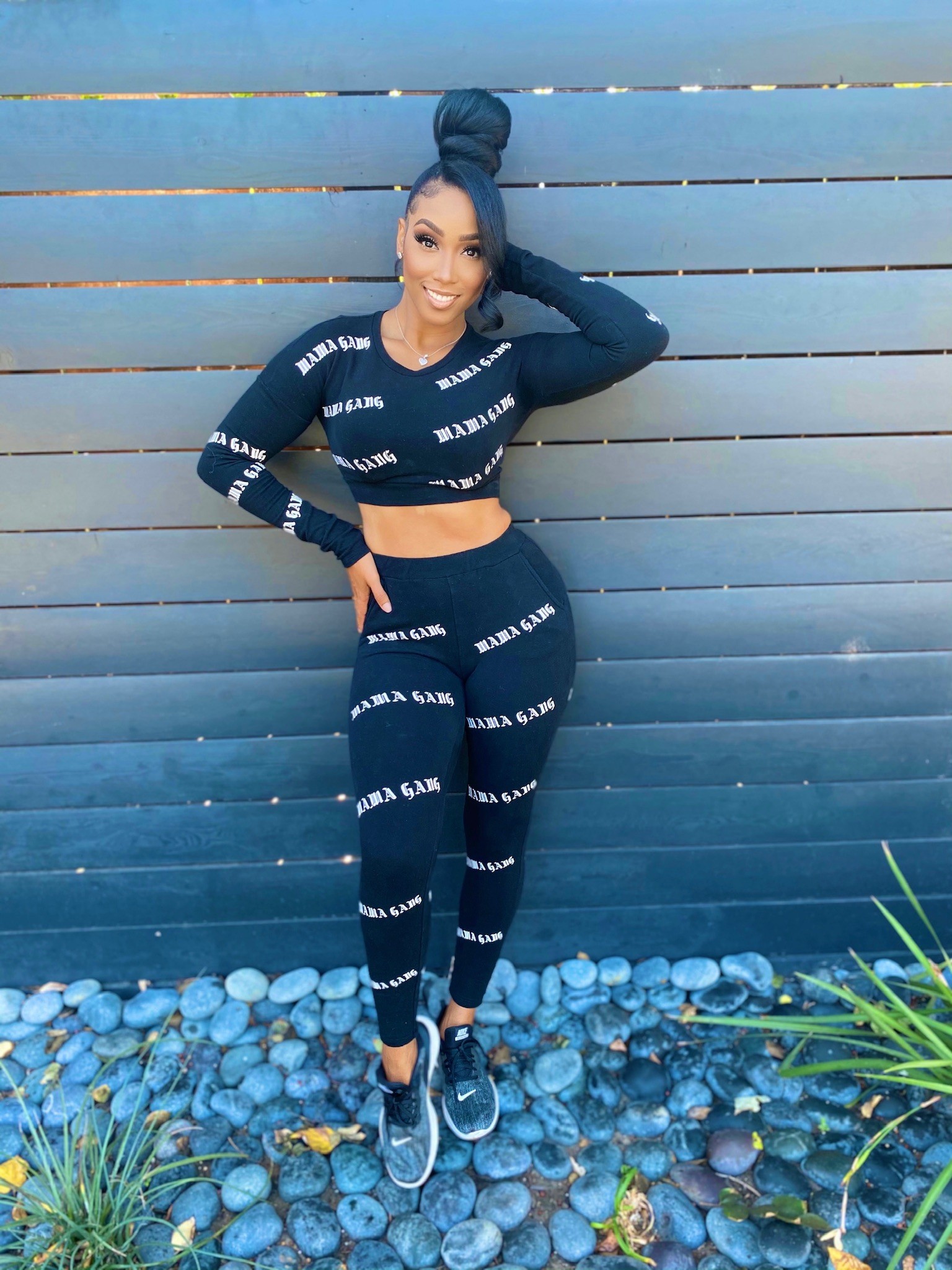 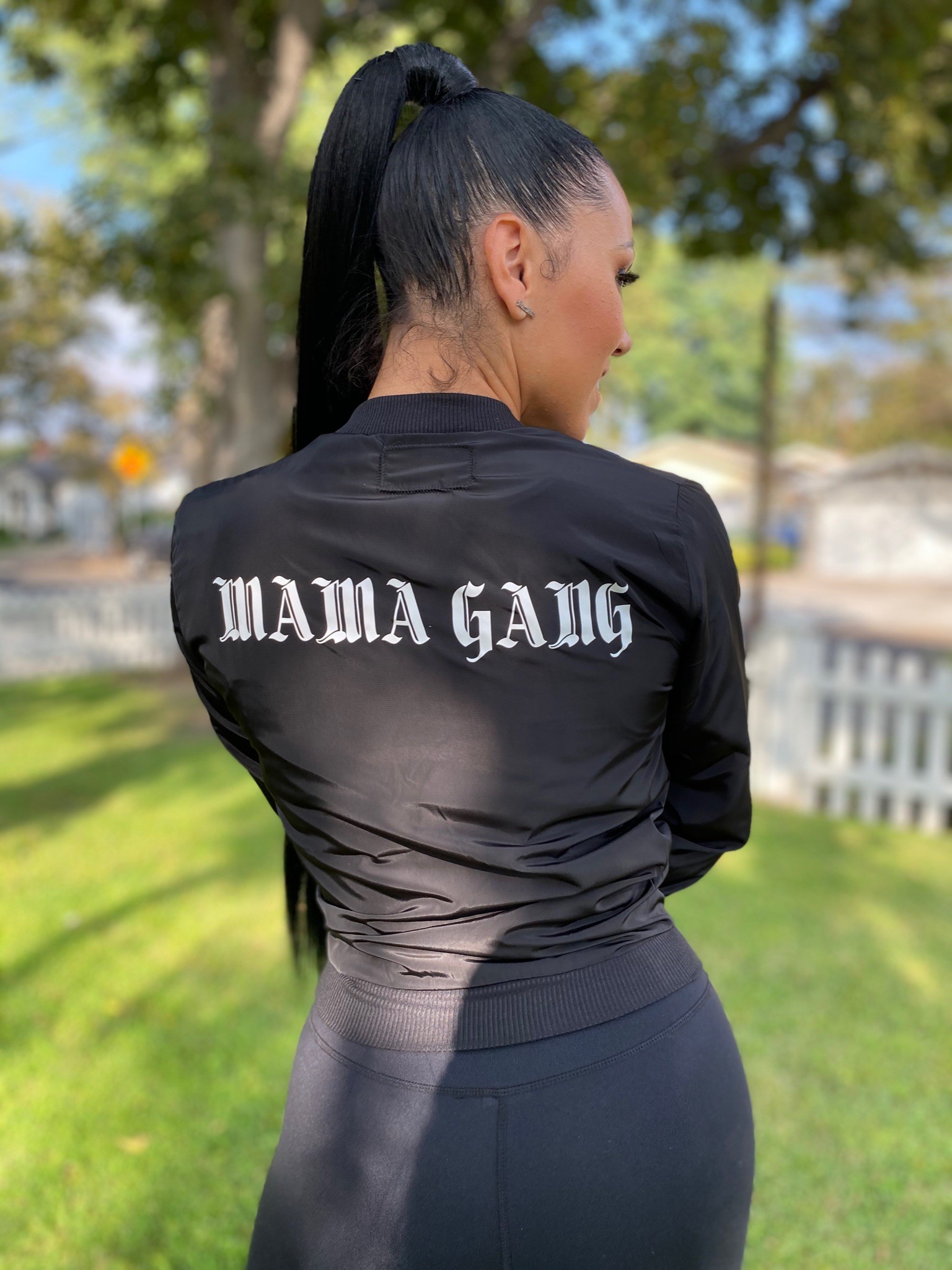 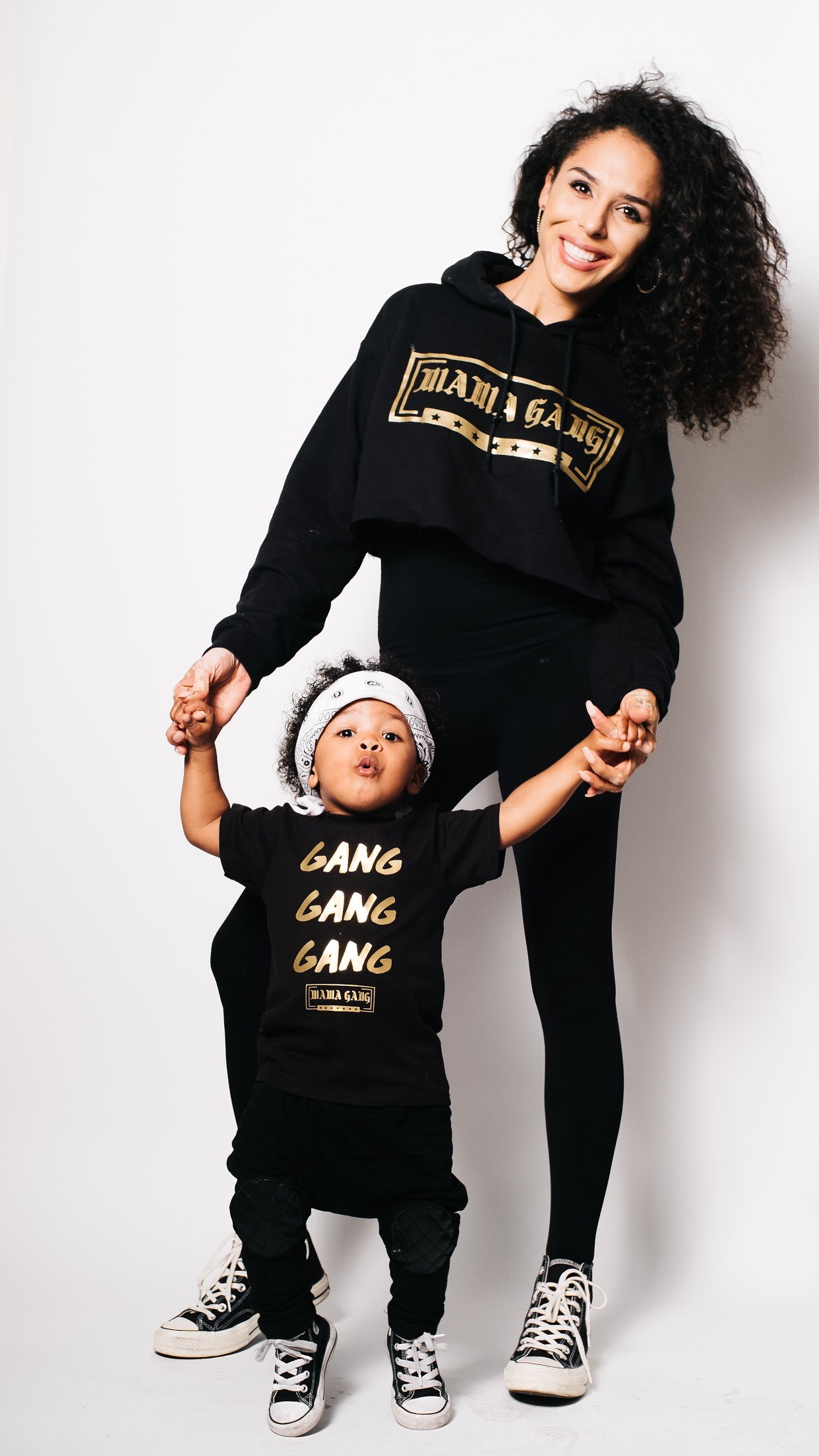 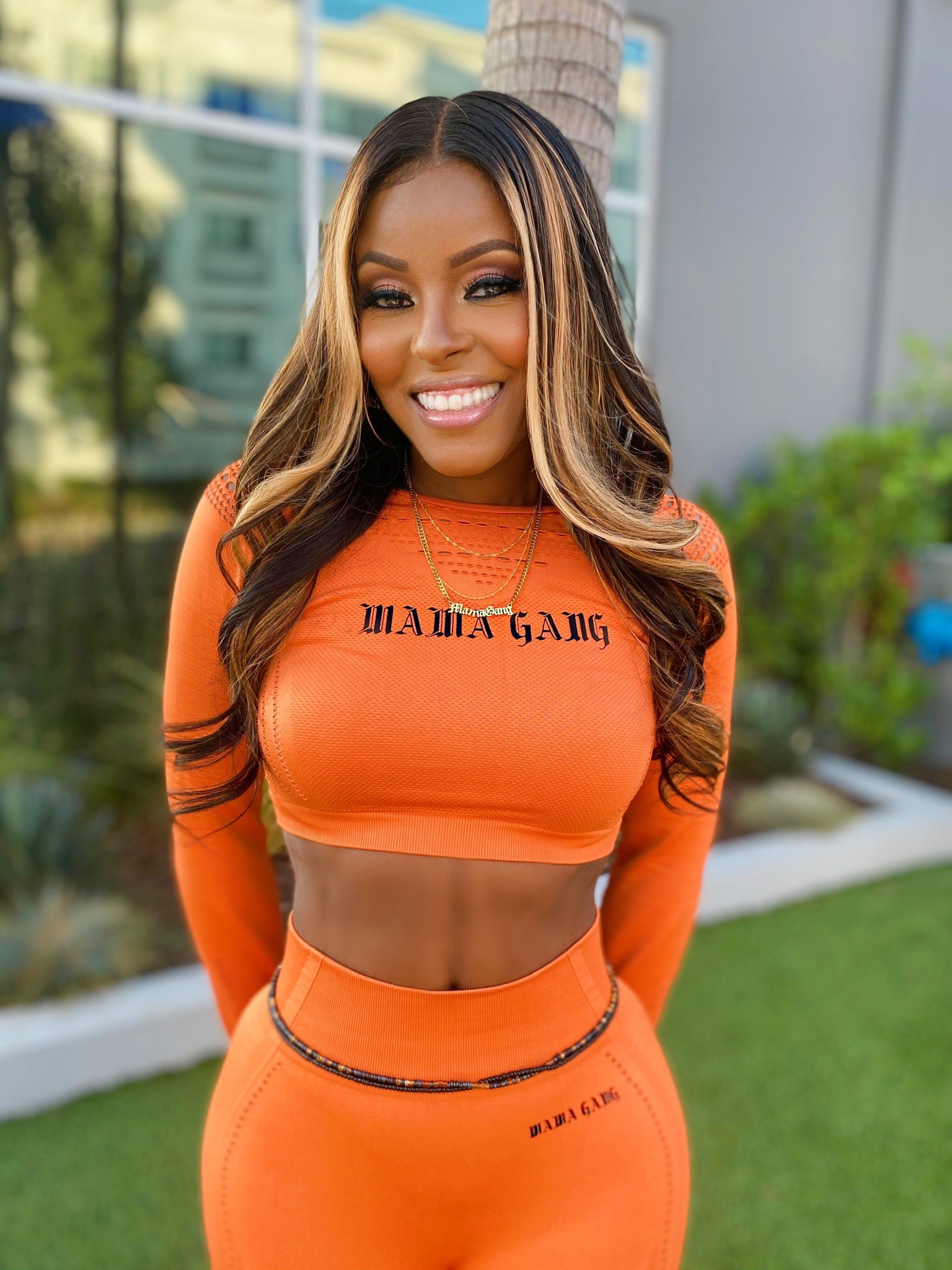 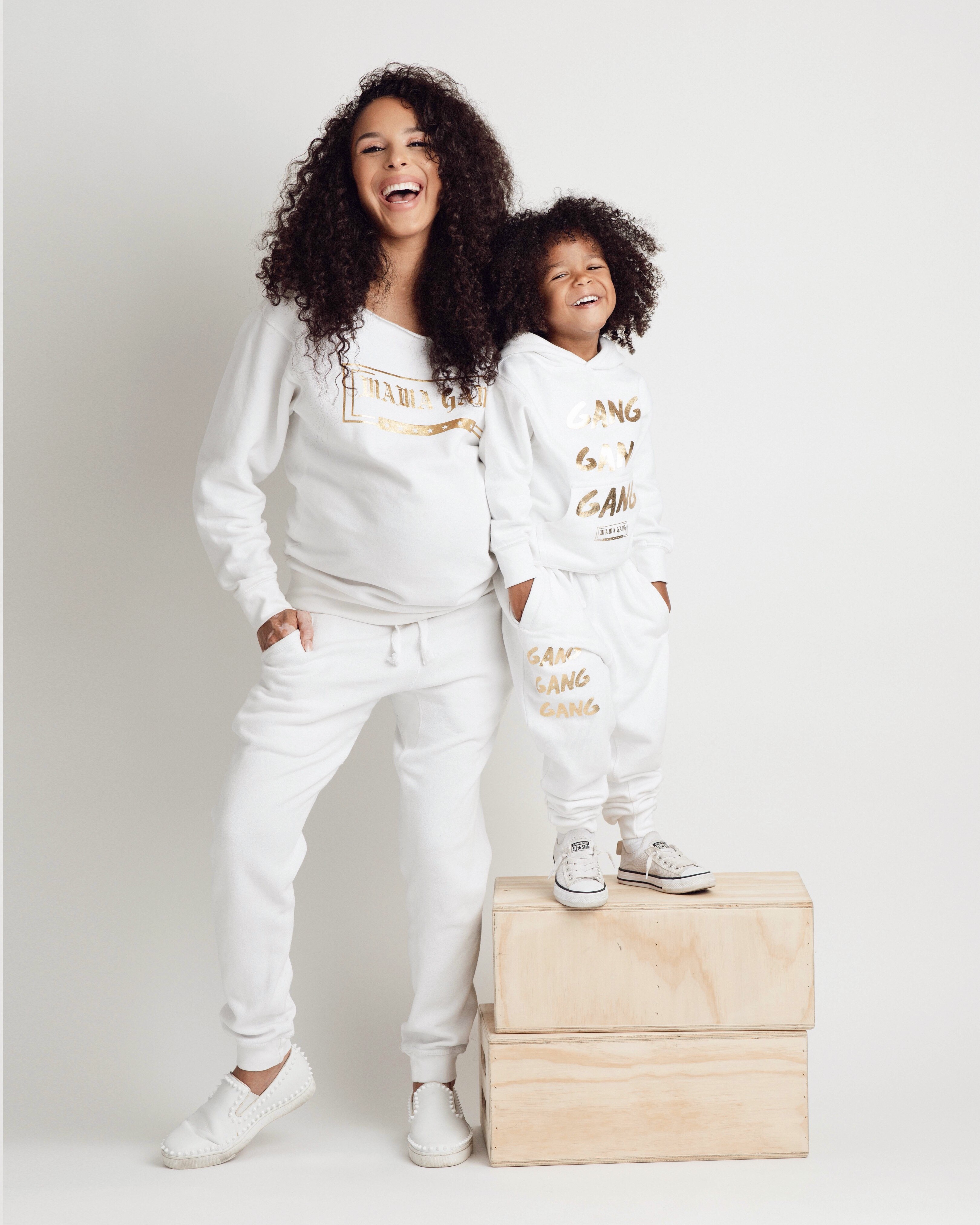