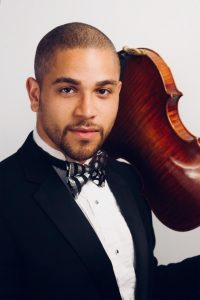 Today we’d like to introduce you to Stefan L. Smith.

Hi Stefan L., can you start by introducing yourself? We’d love to learn more about how you got to where you are today?
At an early age, I constantly listened to music and could hear so many different parts in my head that weren’t aurally represented in the recordings. I grew up in what many would call a low income/middle class suburb of Chicago (Joliet, IL), which lacked funding in their music programs, but they made up for it with inspiring instructors. I started playing the viola in third grade and fell in love with it.

However, I was also excited that I could finally start writing down all of the ideas that were swimming in my head. Playing in an orchestra at an early age introduced me to repertoire that, to this day, continues to inspire me as a composer. That’s one big reason why I still love performing as much as composing music. I began to become inspired by all types of composers but took a huge liking to the film music genre in middle school. Composers like: John Williams, Jerry Goldsmith, James Newton Howard, Hans Zimmer, Danny Elfman, Howard Shore, and James Horner were fully loaded in my cassette/CD wallet (yes, I was born in 1985). It was around the age of 12 that I decided that I wanted to become a film composer and a professional violist. Flash forward: In my sophomore year of college, at the DePaul University School of Music, I started scoring my first short film and haven’t looked back since.

In 2008, I moved to Los Angeles after receiving a full scholarship for my graduate studies in Viola Performance at USC’s Thornton School of Music. Shortly after that, I auditioned and won a spot in the viola section of the Hollywood Bowl Orchestra, where I’m currently a tenured member. This appointment, and those in my network, opened many doors in the recording industry for me in Los Angeles. It has been an incredible and invaluable experience to learn the inter workings of scoring music to major motion pictures first hand. After several years of taking a break from writing to focus on performance work, I resumed scoring films and video games about six years ago, and am blessed to say that I’m currently doing both professionally.

We all face challenges, but looking back would you describe it as a relatively smooth road?
Not at all! When I first moved to LA (2008), it was so different from Chicago and I honestly hated it at first. But, I quickly learned that I needed to start thinking more commercially and as an entrepreneur for the first time in my life (they don’t teach you this in music school). I think people move to LA thinking that their talent alone will get them in the door. LA is a city made up of trust. Connects that are deep and must be earned. I’d give it 5+ years before deciding if LA is not for you if you are very new here. I think you’ll end up loving LA much more when you allow yourself to be open and meet as many people as you can (that includes on socials too). The main struggle here is dealing with rejection and learning to wait for your time to be in the spotlight. But there’s one thing I can’t say enough: Someone’s NO can be another one’s YES. In times such as these, many people are at home losing their minds waiting for a conversation. Make those connections now with the people you felt were not attainable before. You might be surprised! But you’ll never know if anyone likes it if you only dream about it. Whatever you love to do, do it passionately and effectively.

Appreciate you sharing that. What else should we know about what you do?
I have been playing the viola for over 27 years, and now I feel very old, lol. I wear a lot of hats in the scene, mostly because I’m a workaholic. But, currently, I compose music for multimedia; while also balancing a career as a performer, session musician, music services contractor and a symphonic musician. It’s a crazy juggling act, but it’s never a dull moment! In my 12 years in Los Angeles, I’ve had the pleasure to record on many major motion picture soundtracks, tv shows, and albums. One recording date that continues to inspire me was a few years back; when I was recording in the orchestra for the most recent Lion King soundtrack by Hans Zimmer. It was two weeks of great music-making, and an immense amount of passion was heard and captured in that room. If you haven’t heard the score to the new Lion King yet, check it out 🙂 Shout out to Hans Zimmer for his fantastic writing and for transporting me into an amazing flashback to one of the first scores I ever fell in love with as a child (you can even ask my mom).

That little white Disney cassette tape of the original Lion King soundtrack was very much overplayed in the Smith household! Also, a huge shout out to Peter Rotter at Encompass Music and Stephanie Matthews at String Candy LLC for making those two weeks such an enjoyable experience for the musicians. Another date that stands out was performing in the string quartet with Alicia Keys at Kobe and Gianna Bryant’s memorial service at the Staple Center in February. The energy in the room during Beethoven’s Moonlight sonata is something that I’ll never forget. I am extremely humbled and blessed to be working in both film and music. For me, it’s all about making something awesome together. Whether it be as a composer, arranger, contractor or a performer, I’m always down to create and collaborate.

What quality or characteristic do you feel is most important to your success?
I think it’s honestly the fact that I work professionally as a performer and composer. Many composers do not grow up playing in an orchestra for practically their entire life, lol. I think being in the room and actually playing in the ensemble provides you with first-hand knowledge of what does and doesn’t work on the stage and beyond. That’s something that can’t always be taught in a classroom. I’m also an artistic director at Fever Inc’s Candlelight Series as well as the Metropolis Chamber Musicians. MCM’s roster of musicians includes those from many top orchestras in the Los Angeles metro area (Los Angeles Philharmonic, LA Chamber Orchestra, LA Opera Orchestra, Pacific Symphony, and Hollywood Bowl Orchestra to name a few), who are available for live performance, and live and/or remote recording engagements. I am also available as a recording artist on viola and violin for live and remote work. Whether I’m scoring music for multimedia, writing arrangements for artists, or hiring musicians for live or remote recording work, I love that every project is unique! So…if you’re a director, producer, game developer, artist, and/or need musicians for your next event or session, hit me up! 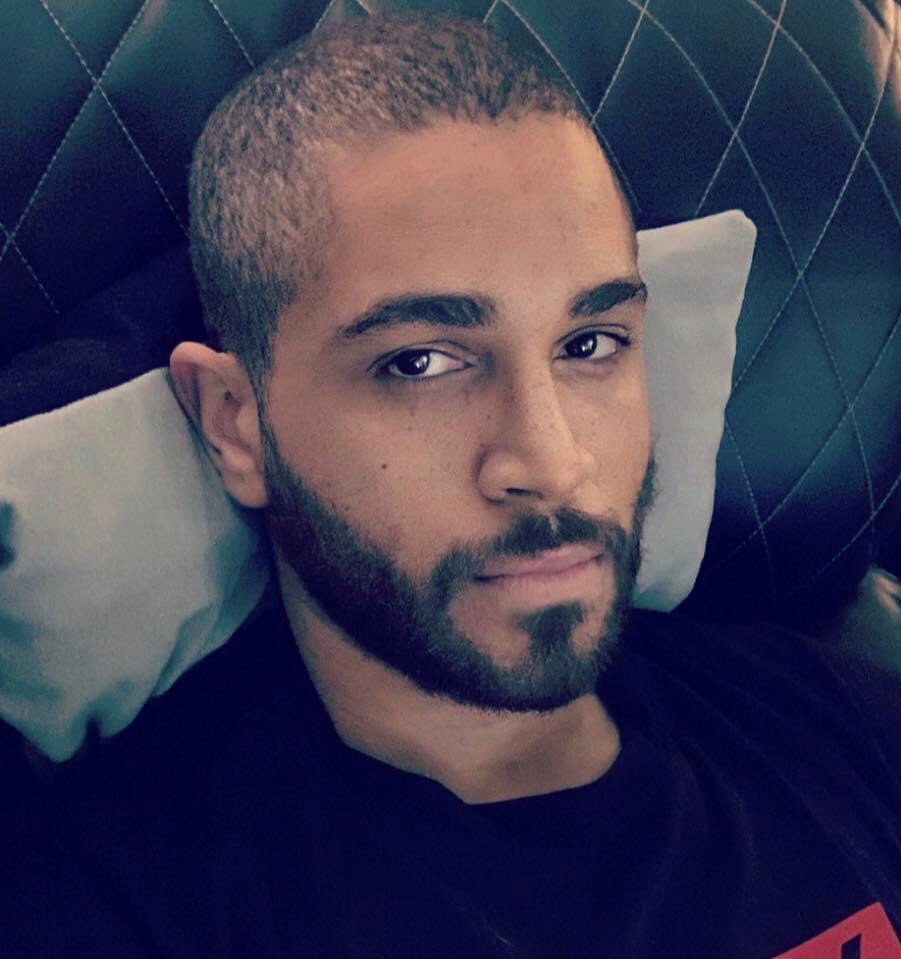 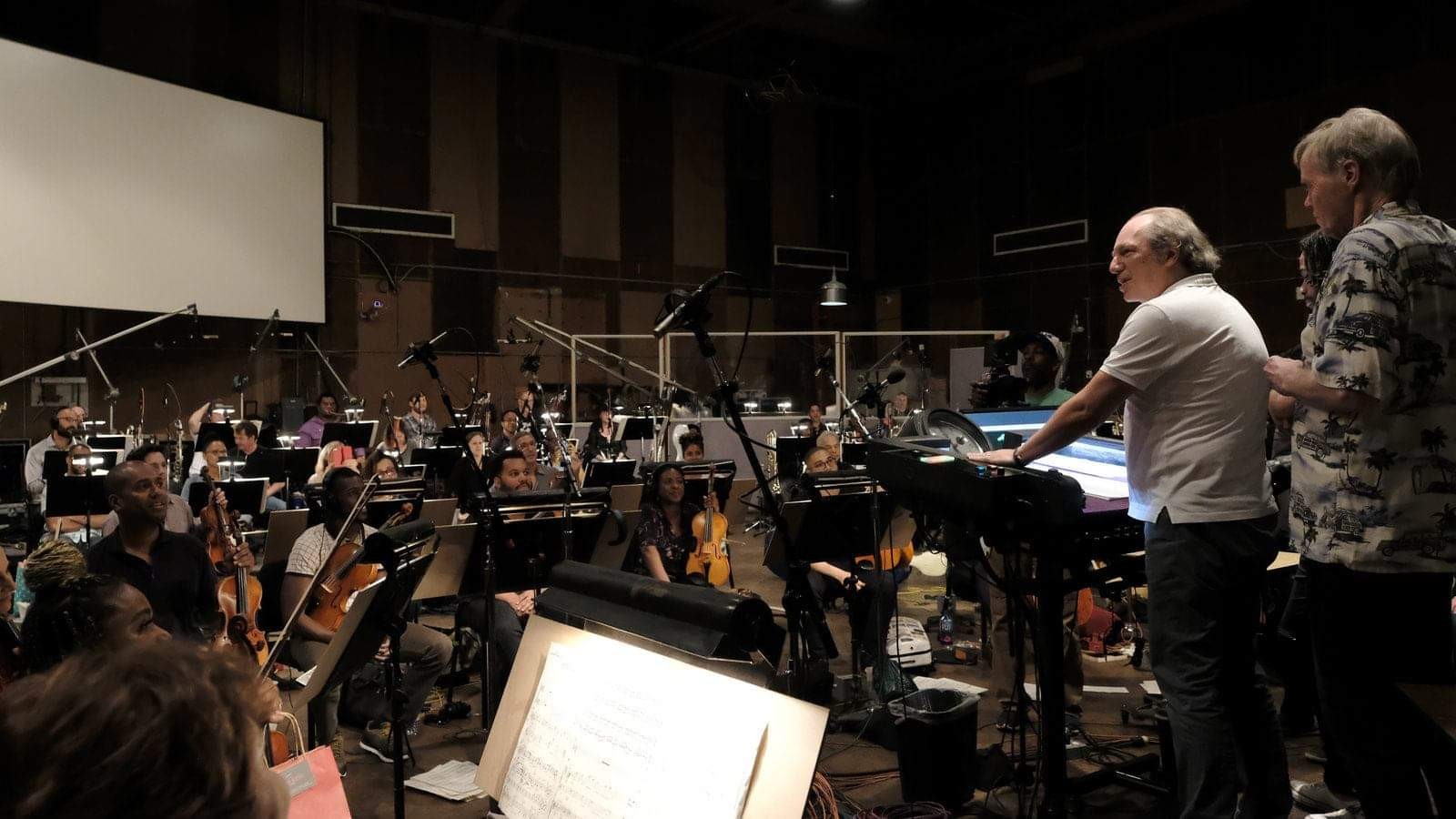 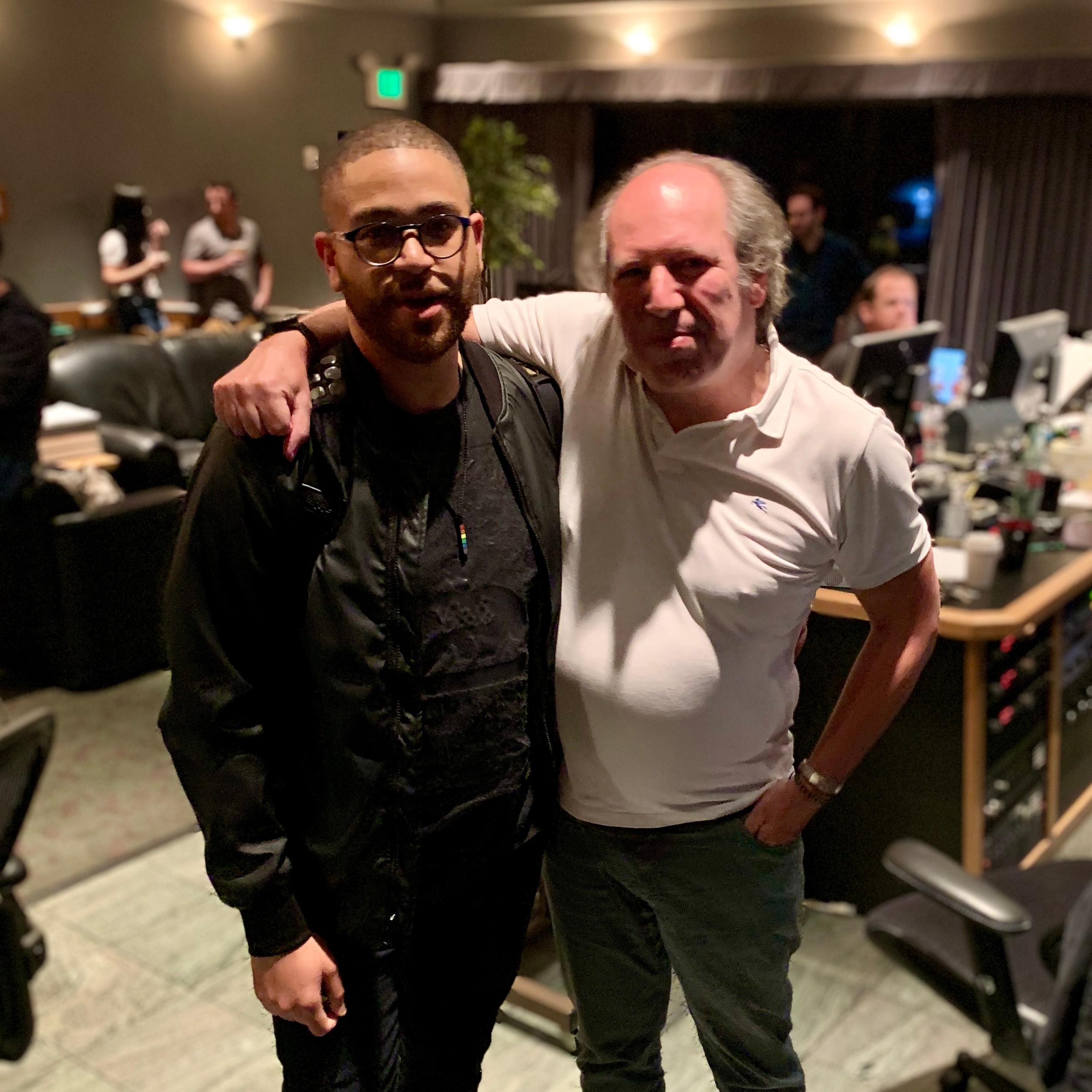 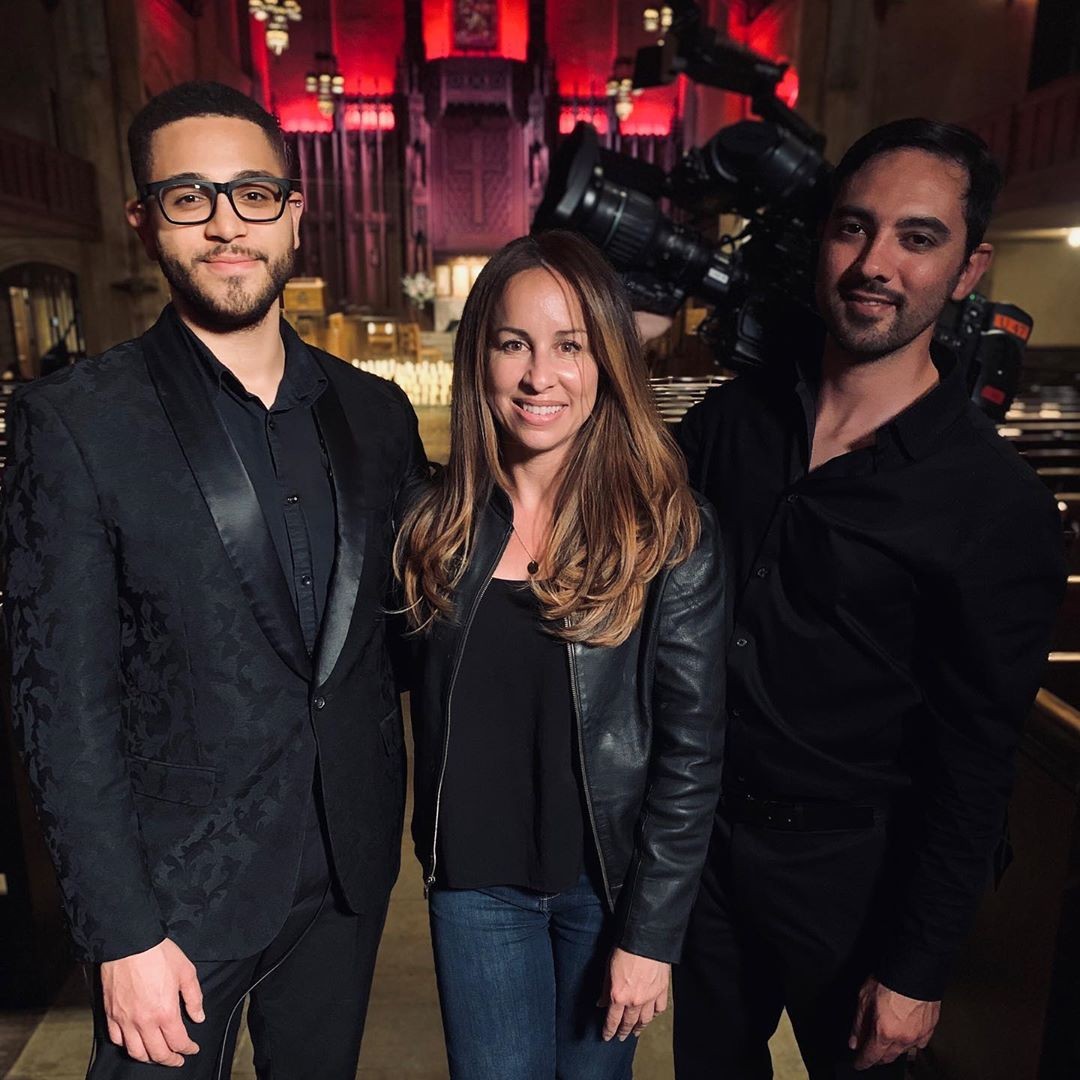 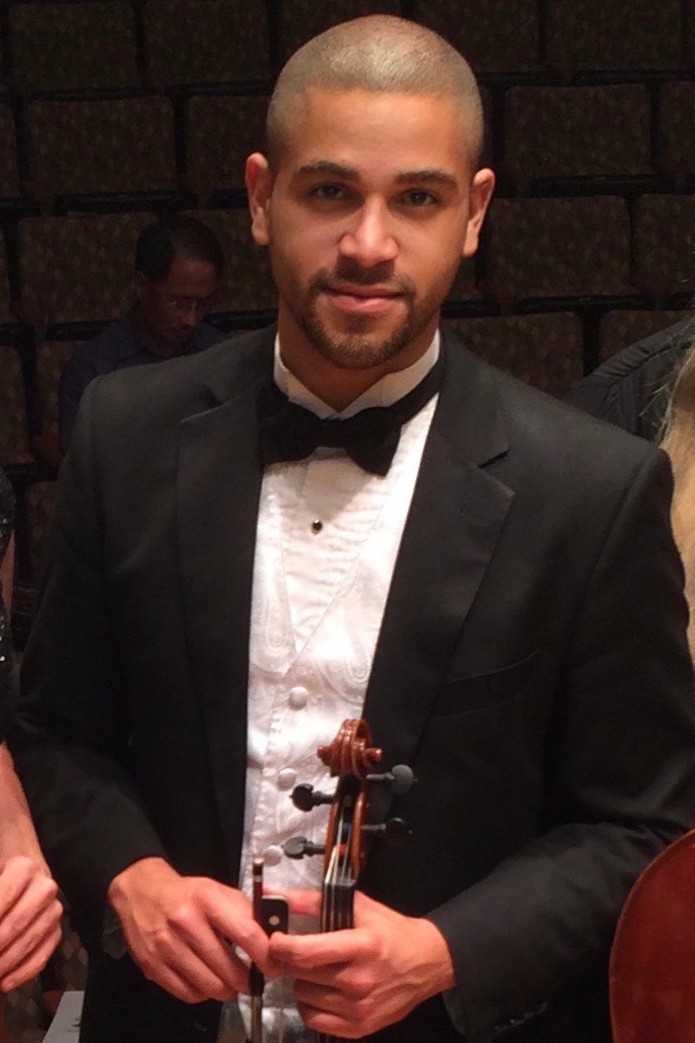 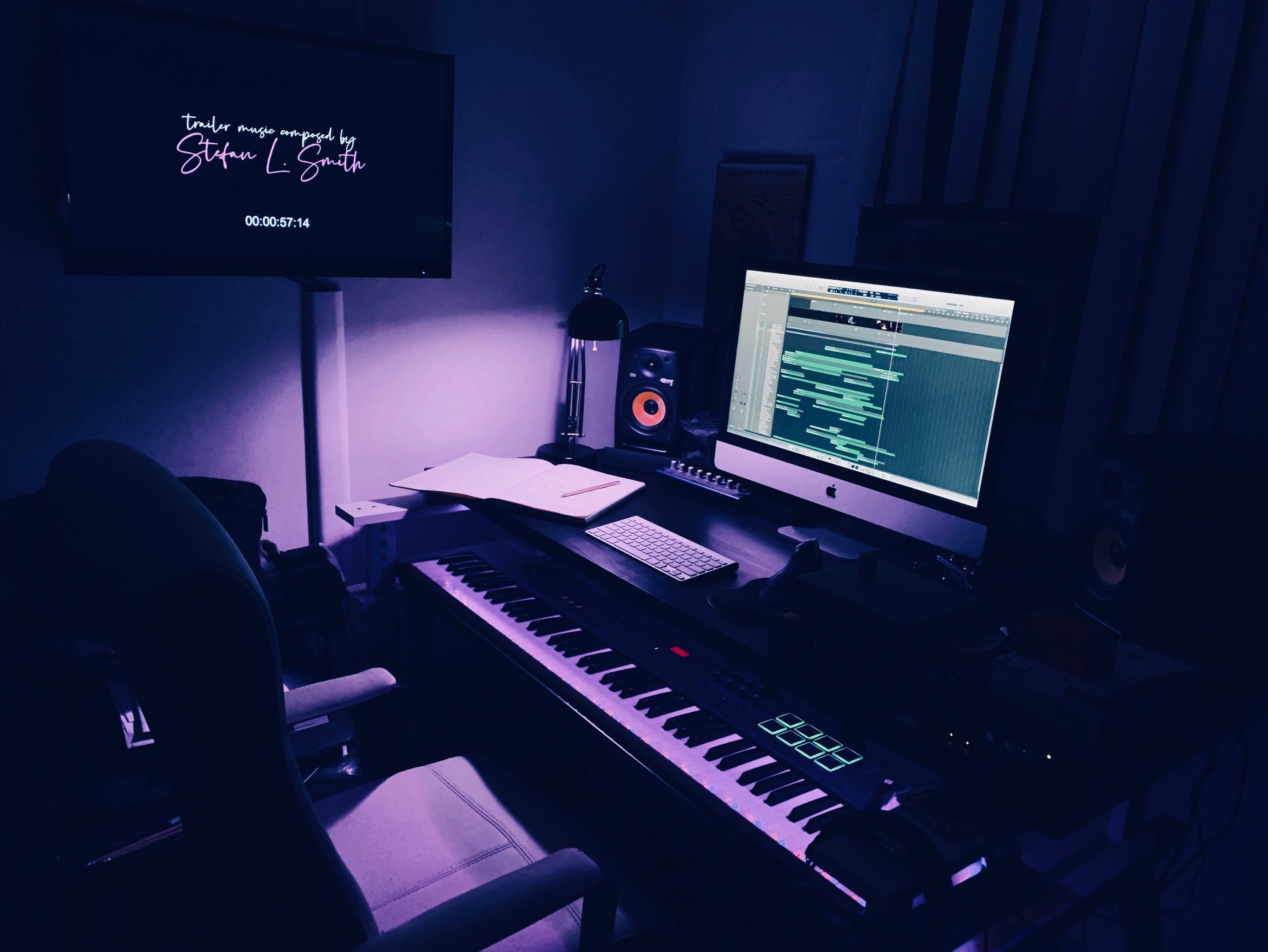