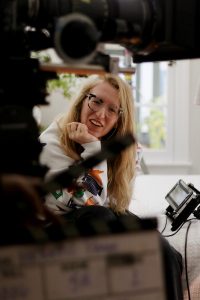 Today we’d like to introduce you to Ariel McCleese.

Hi Ariel, we’re thrilled to have a chance to learn your story today. So, before we get into specifics, maybe you can briefly walk us through how you got to where you are today?
I was sitting in the Pasadena Laemmle theater on my 25th birthday. I had no idea what to expect as the lights dimmed in the theater. The film begins with a lone figure walking on a deserted highway surrounded by tall trees. A car approaches. Unprompted, the figure jumps in front of the car, causing it to crash horribly into one of those trees. The figure, evident now as a young woman, approaches the car and peers into the window. Smash cut to the title in giant red letters: RAW. Others in the theater retched as Julia Ducournau’s lead character nibbled flesh from her sister’s severed finger, stomping out of the theater in indignation and disgust. I sat in my seat feeling a profound, giddy joy. As the credits rolled and the lights came up, I decided I was going to become a filmmaker.

I have always been an artist. Prior to my cannibalism-inspired revelation, I had worked in sculpture and drawing. But my feminist politics never felt fully articulated in the static art objects that I created. My ideas and passions felt stilted and inert, suspended in the amber of a still object. I craved a more urgent medium that could communicate my ideas immersively. Ducournau’s film was a roadmap for me, showing me it was possible to make horror films that spoke directly to the inherent violence of womanhood. I began making feminist horror films and never looked back.

Would you say it’s been a smooth road, and if not what are some of the biggest challenges you’ve faced along the way?
Deciding to become a director and actually becoming one are very different things. I had been trained formally as a fine artist for years, and the timing of my artistic awakening could not have been worse. I was in the middle of a fully-funded graduate program (with health insurance) for fine art. I wasn’t leaving. So I cobbled together the very few resources from my program that I could (a DSLR camera and a single C-stand) and waved goodbye to any shared discourse with my peers. I put together a group of all-female and nonbinary filmmakers and actors and got to work on my first short film. In many ways, it was a complete disaster: The day my SFX artist had to pour buckets of fake blood onto a naked male actor in 36-degree weather. Winds so strong our G&E equipment literally flew through the air. An unconscionably stupid decision not to hire an AD. I look back and shudder. But we made it through, and somehow my DP still wanted to work with me on my next project, and my next, and my next. And it was the biggest success I could have ever imagined because I made a movie against all odds, I am proud of that movie, and this hunch I had that I would love filmmaking was confirmed and solidified instantly. I have met incredible people who have helped me get to where I am today, and for that I am profoundly grateful. Every day there is a new obstacle, a new challenge. But I hope that never changes. I think that’s why we do it.

Appreciate you sharing that. What else should we know about what you do?
My somewhat unconventional path to filmmaking has actually been an advantage. I direct feminist horror films, and my background as a visual artist means that my work has a very distinctive style and tone. I think of my films as living, breathing incarnations of “Judith Slaying Holofernes.” The project of my work is to reframe and deconstruct the horror canon that continually reinstates patriarchal violence against women and minority identities. We all know what happens in a traditional horror movie. The beautiful blonde woman runs down an alley chased by a hideous monster. He rips her clothes off, exposing a set of bouncing tits. The camera lingers. The woman screams orgiastically before the monster rips her to shreds, staining the walls with her blood. Maybe he beheads her for the cheap seats in the back. This image has been repeated so frequently in the horror genre that we look onto the broken body of the female victim with voyeuristic boredom. The moment she appears on-screen in the opening scenes of the film, vivacious and alive, we have already accepted her death and we await it eagerly. In my films, it is the woman who slays the monster. It is the monster who screams as she decapitates him.

I have a new feminist horror film in pre-production that I would describe as ‘Booksmart meets body horror.’ I can’t wait to start shooting this summer. Keep an eye on my Instagram and website for updates.

Risk taking is a topic that people have widely differing views on – we’d love to hear your thoughts.
I took a risk when I saw “Raw.” I allowed myself to dream of a new future, one that I was totally unqualified to pursue and didn’t know the first thing about. I pictured myself doing something I loved and decided that it was worth risking profound, embarrassing failure to try. I have never regretted that risk for a second. Risks are what make great art. 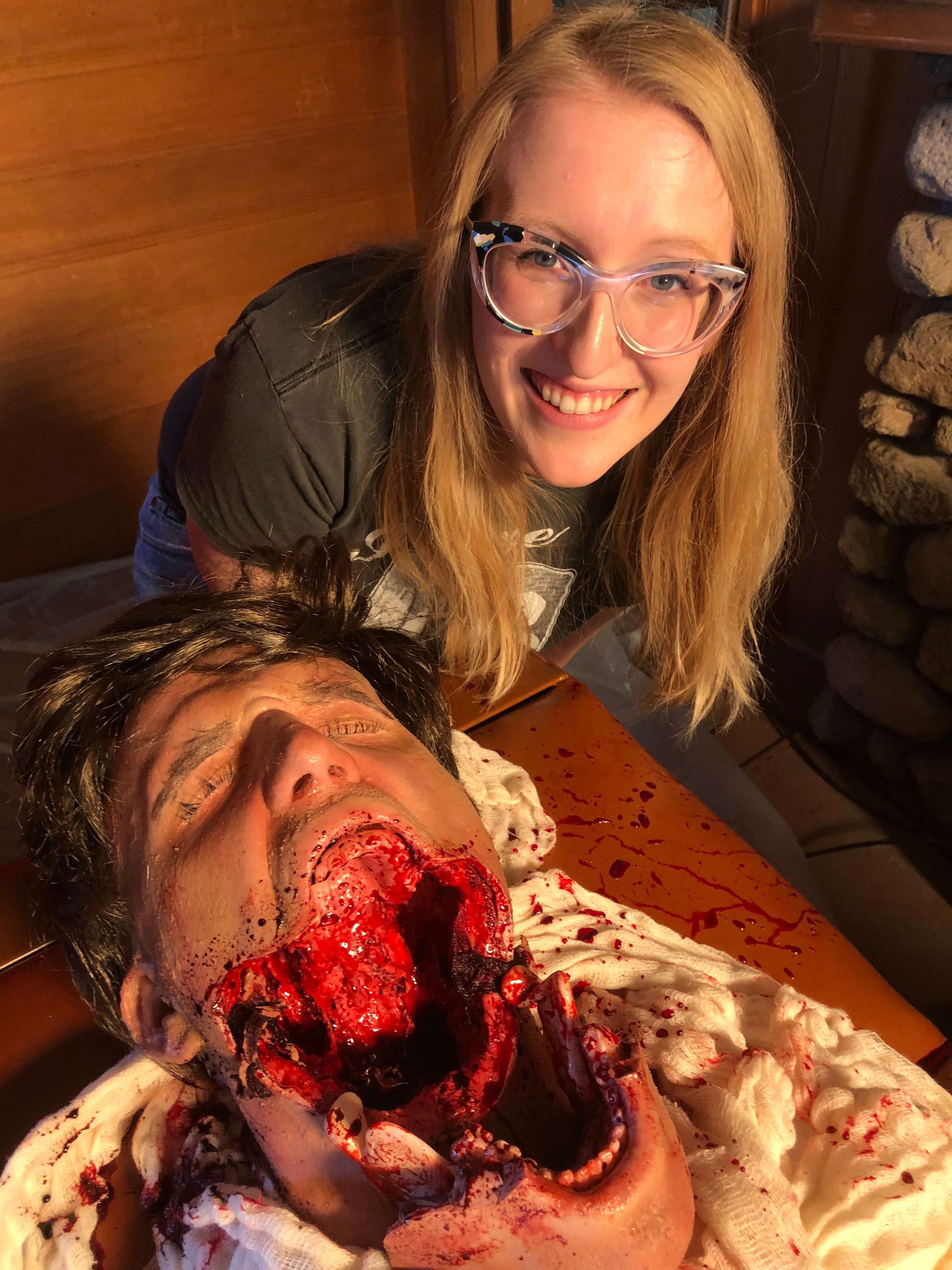 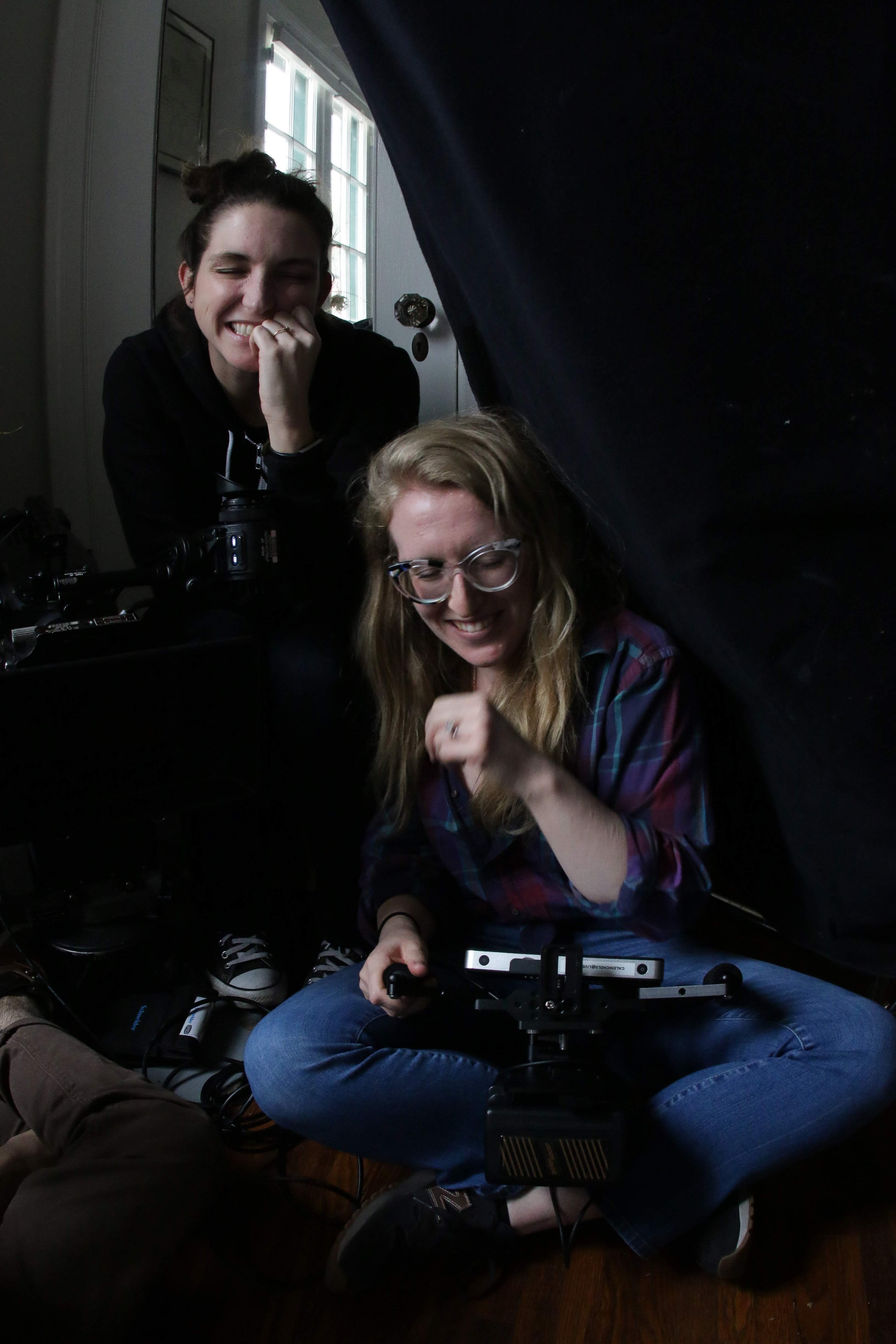