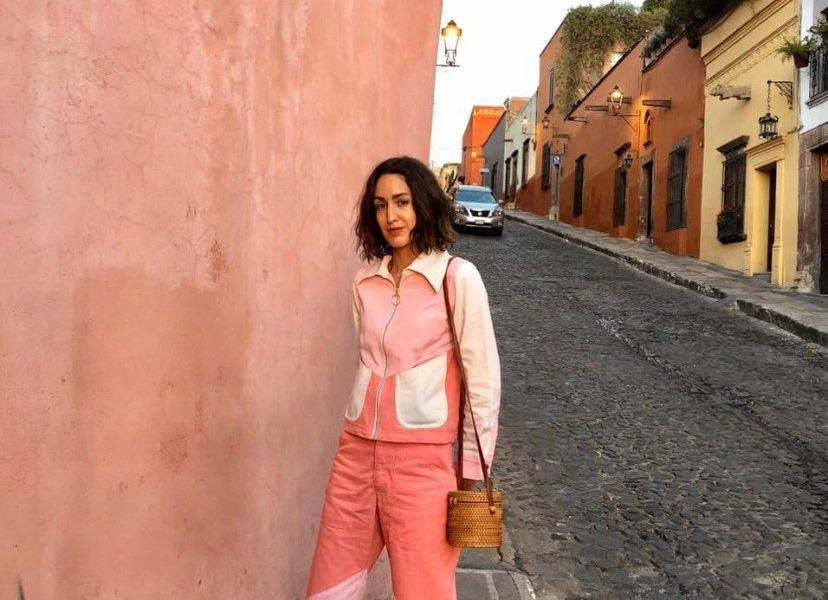 Today we’d like to introduce you to Marie Alyse Rodriguez.

Hi Marie Alyse, so excited to have you on the platform. So before we get into questions about your work-life, maybe you can bring our readers up to speed on your story and how you got to where you are today?
My story begins as a young girl growing up in Savannah and Tybee Island, GA. My childhood was filled with beach days, an obsession with music, MTV, movies, frozen pizzas, 90s sitcoms, making home videos, and a fascination for the internet. My middle school was tiny with seven kids in my 8th grade class and I was the only BIPOC in the school. I always had a spunk for making things happen and standing up for what I believed in as I remember how upset I was to find out that only boys could be alter servers at our church. I spoke up and was soon after made the first alter girl at St. Michael’s which I was and am still very proud of. My high school wasn’t very different in terms of diversity. The island I grew up on, Tybee Island is a little over 3.5 miles long. It was a beautiful place to grow up but also felt very limiting. As a kid, there were water slides and an arcade but slowly those businesses were bought out and replaced by bars. I remember long summer days at the Desoto Pool or spending time with my best friend at her house pushing each other down the steps in giant boxes (her mom was always buying new appliances) or making home videos with her father’s videotape recorder. We would spend endless hours choreographing dances for our music videos, lip-synching to songs from VH1 and MTV, or making commercials that sold imaginary products. After we filmed the videos, we would be overwhelmed with excitement to pop the tape in, watch our insanity, and then plan for the next shoot.

As the modem speeds increased, so did my desire to be more immersed in the arts. My grandmother gave me an old film Pentax, and with that camera, I felt invincible and in control. Throughout high school, I continued to shoot photos on the Pentax but was gifted my first digital camera by one of my mom’s friends. I wanted to take photography in high school but unfortunately they wouldn’t allow anyone who wasn’t an AP student to partake in any extracurricular art classes so I joined the high school magazine called Pleiades which was led by our English and art teachers. I always had an interest in continuing to make films but I had no clue how to be a part of this world, had no connections to the industry, and came from a single parent home which had afforded a very conservative lifestyle. At the time, there were no free resources available to the community for film or acting. I would see film sets of various sizes peppered around the city and felt a deep excitement and urge to somehow be a part of this industry. I joined a local theatre and took part in the play Princess and the Pea, but this didn’t quite feed my desire to be behind the camera, rather just an entry point or a foot into the arts of entertainment. At 14, my first job was a food runner at a local island restaurant and there my service industry career was born which carried me well into my early 30’s until I put myself through film school.

In my 20’s, I remained in the service industry but always knew it was a means to something much larger, I just didn’t know what that was yet. After some college in Savannah for marketing and business, I moved to Philadelphia and continued working in the service industry and had a second job as an events/nightlife photographer which gave me a well-immersed introduction into Philadelphia’s various scenes. Philadelphia was where my career in the industry got kickstarted although it was just a stop along the journey of where I am at now. I worked for Phrequency.com which was Philly.com’s music-related website and shot musician portraits for a Temple based magazine called JUMP Philly. I had access to shoot unique artists such as Doodlebug from Digable Planets at my home studio or big festivals such as All Points West Fest in Jersey City, the original Roots Picnic, and Made in America. Street photography was also a huge passion of mine as I loved wandering the neighborhoods of Philadelphia, discovering the new face of beauty which took many shapes and defied everything that I was shown to be the typical standard of beauty.

Some of my favorite photos are from the Puerto Rican Day Parade near Calle de Oro or wandering around Kensington shooting street art, or unique folks that I had briefly made a bond with. I met a film director while bartending at the local cantina and we started talking about our passions. He told me about some of his directing projects and I showed him my website and some of my favorite photos. Not soon after we met, he reached out and asked me if I was interested in learning how to shoot moving pictures and my answer was YES! After learning more about the camera functions which weren’t very different from the digital cameras I had been working with, I dove into my first projects which were documenting the stories of cancer survivors for UPenn, filming the Maasai in Kenya for a nonprofit organization, and a docu series of a famous football player’s life filmed in Minneapolis. The conditions in Kenya were quite rough in regards to harsh sun, heat, and long hours but that is where I realized that being in the entertainment industry was what I wanted to do for the rest of my life. I saved up money while bartending and two years later, I moved to Oakland, California so I could attend school at the San Francisco Film School. There I sharpened my skills and gained more experience to set me up for a successful career in the industry. Going into school with a base knowledge of what I wanted to do and having experience on set was helpful in keeping me focused on learning the more difficult aspects of filmmaking that I found challenging.

While in school, I began producing student projects which is where I fell in love with the process. Via the SF Film School, I was connected with a director who reached out to the school looking for an AC or a Producer for a low budget Warner Brothers Records music video and I applied for the AC position. Once I found out they were using the Phantom which I had no experience in, I opted out and expressed interest in producing. The director gave me a wish list full of locations, actors, and real people with little to no money to spend, but what he did have that I felt was very useful aside from a great reel was a beautiful deck that expressed words of a film that would in turn be a love letter to Oakland. The list frightened me upon first review but I just started working right away and managed to secure everything that the creative and crew needed. Fast forward to six months later, I was in LA working on a TV pilot on the path of Line Production. In September of 2020, I opened up my production company Intuition Films in order to tell BIPOC stories that don’t follow the same sad character archetypes and stereotypes as Hollywood has done for so long. My mission is to serve the voices who need to be heard and to show the world that we don’t need to fit into a box in order to create a successful film.

Since that very first film set I stepped onto, the demographic was mainly white male which innately showed a need for BIPOC representation. Creating representation both behind and in front of the camera is one of the most important aspects of my career and a lifelong commitment to inclusion and diversity. Mentorship is also a key part of Intuition Films. The idea of the program came from wanting to be who I needed when I was younger. I needed someone to help guide my path and a motivator to let me know that I was capable of ANYTHING I put my heart into (aside from my mom!) I have set up a mentorship initiative that identifies folks who need assistance in their careers at any entry-level. Alongside a mentor, they take part in Intuition Films produced projects and have access to resources such as filmmaking classes, training opportunities, and opportunities for growth. I have been given many chances and opportunities in my career and it is my calling to do the same for others. This industry does not have to be a gatekeeper culture and looked in upon only from a distance. I was once told by a huge studio producer, what do you want Marie, a paycheck or diversity? My response, I want both. I will never choose between one or the other and will only work with folks who share my vision.

Can you talk to us a bit about the challenges and lessons you’ve learned along the way. Looking back would you say it’s been easy or smooth in retrospect?
The struggles were finding resources, financial assistance, or mentors who could help guide my path. My goal is to bridge this gap for aspiring filmmakers so they can continue to do the same for others.

Appreciate you sharing that. What else should we know about what you do?
My work mainly consists of Line Producing, UPM, and Field Production. Currently, I am a UPM and Field Producer on a feature documentary until July. I am most proud of being able to work with filmmakers from all walks of life who have beautiful, unique stories to tell that deserve to be heard and supported.

Where do you see things going in the next 5-10 years?
I am attending UCLA extension part-time for the Business and Management of Entertainment certificate which is a track for folks who would like to be executives. My goal is to continue my role as an executive in my own company and at another larger company/studio in order to be able to create a more impactful shift in the industry. 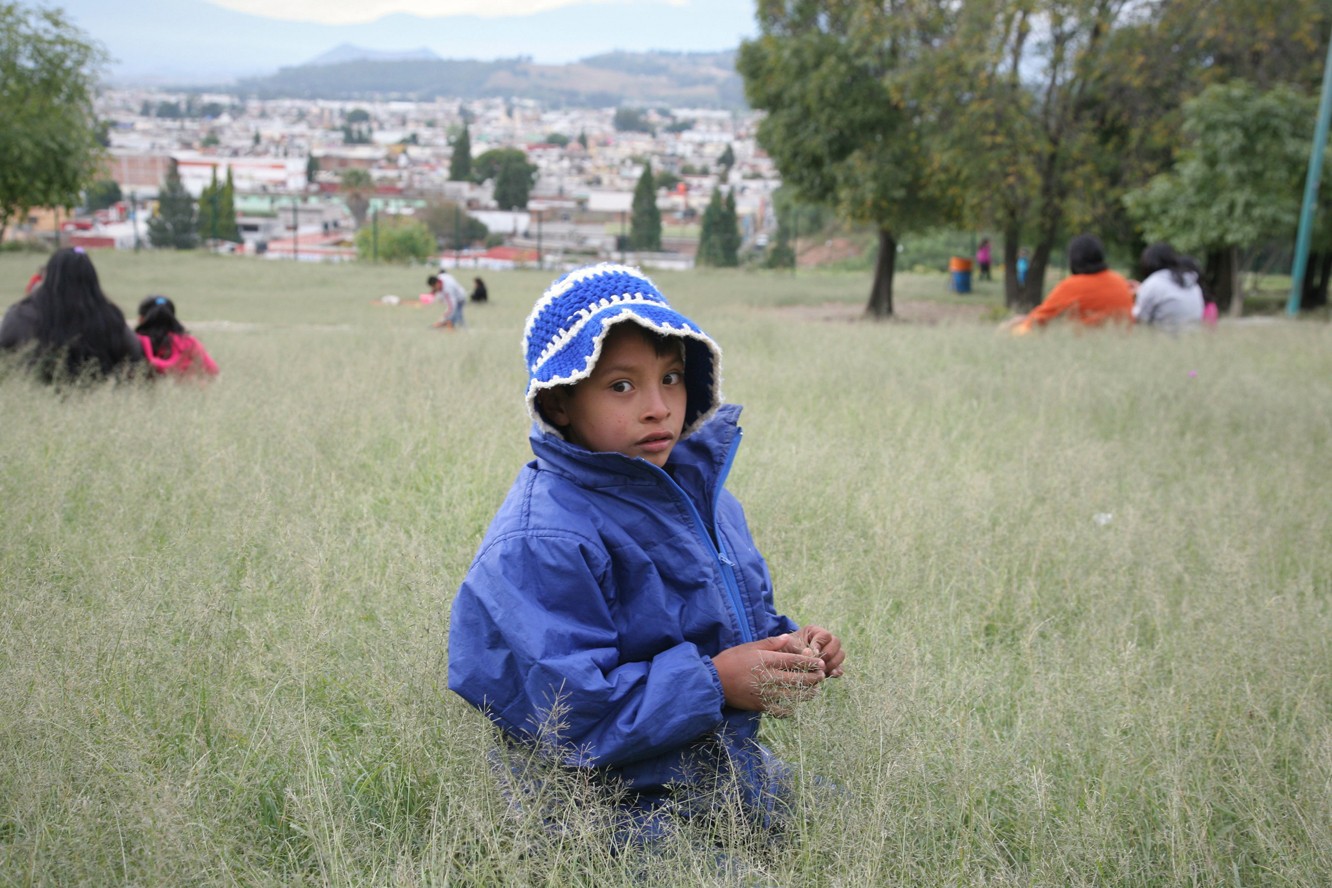 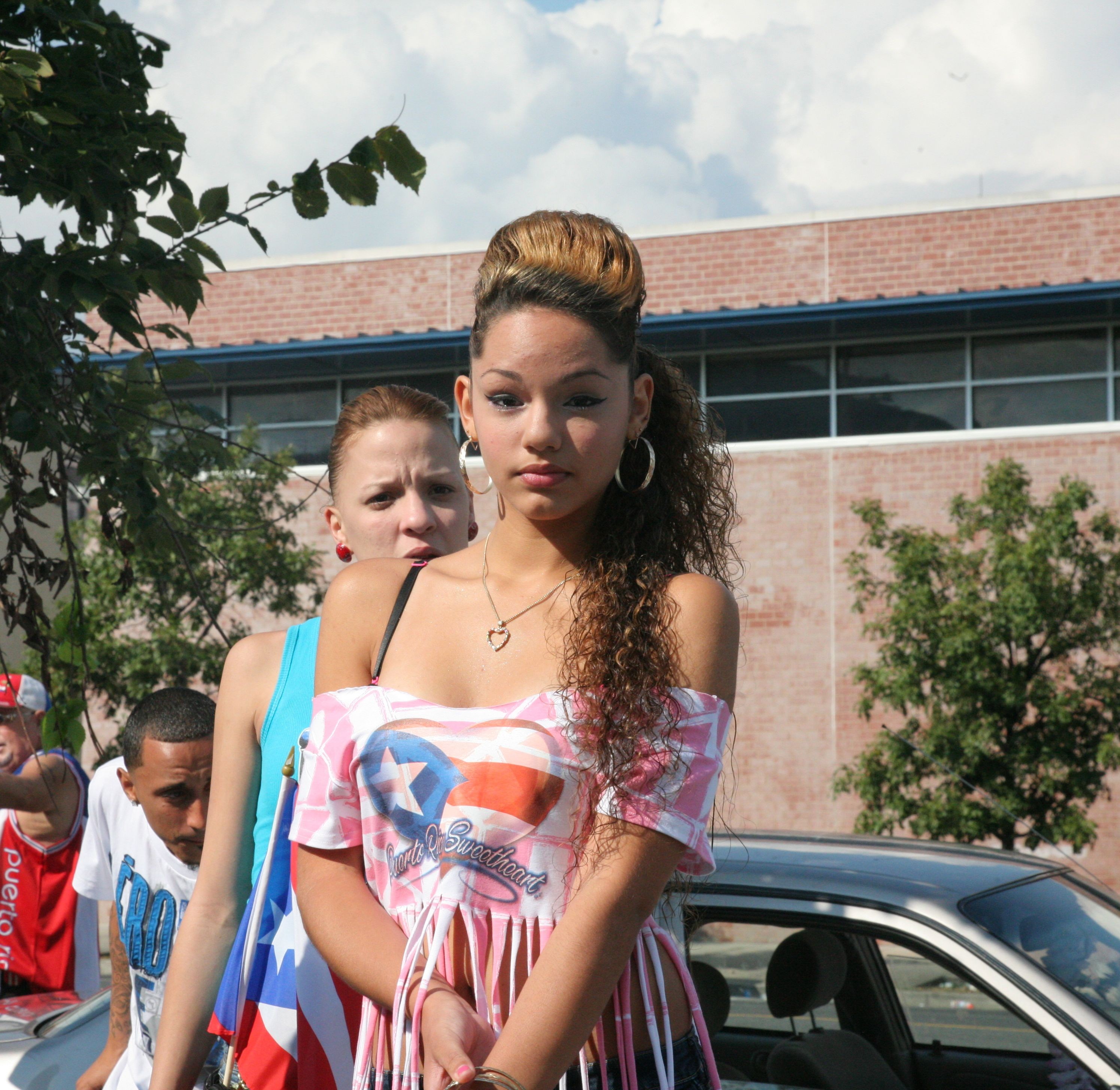 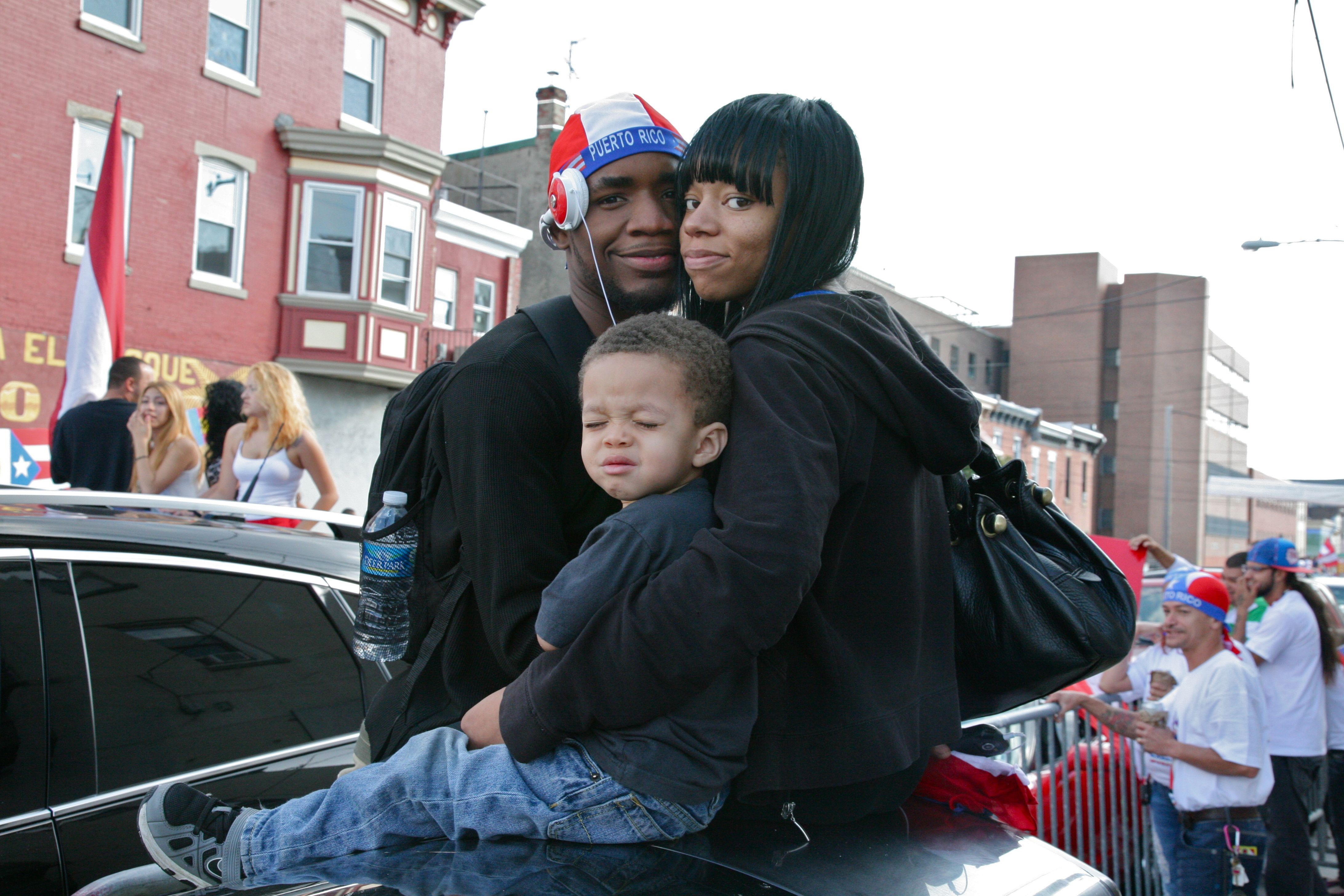 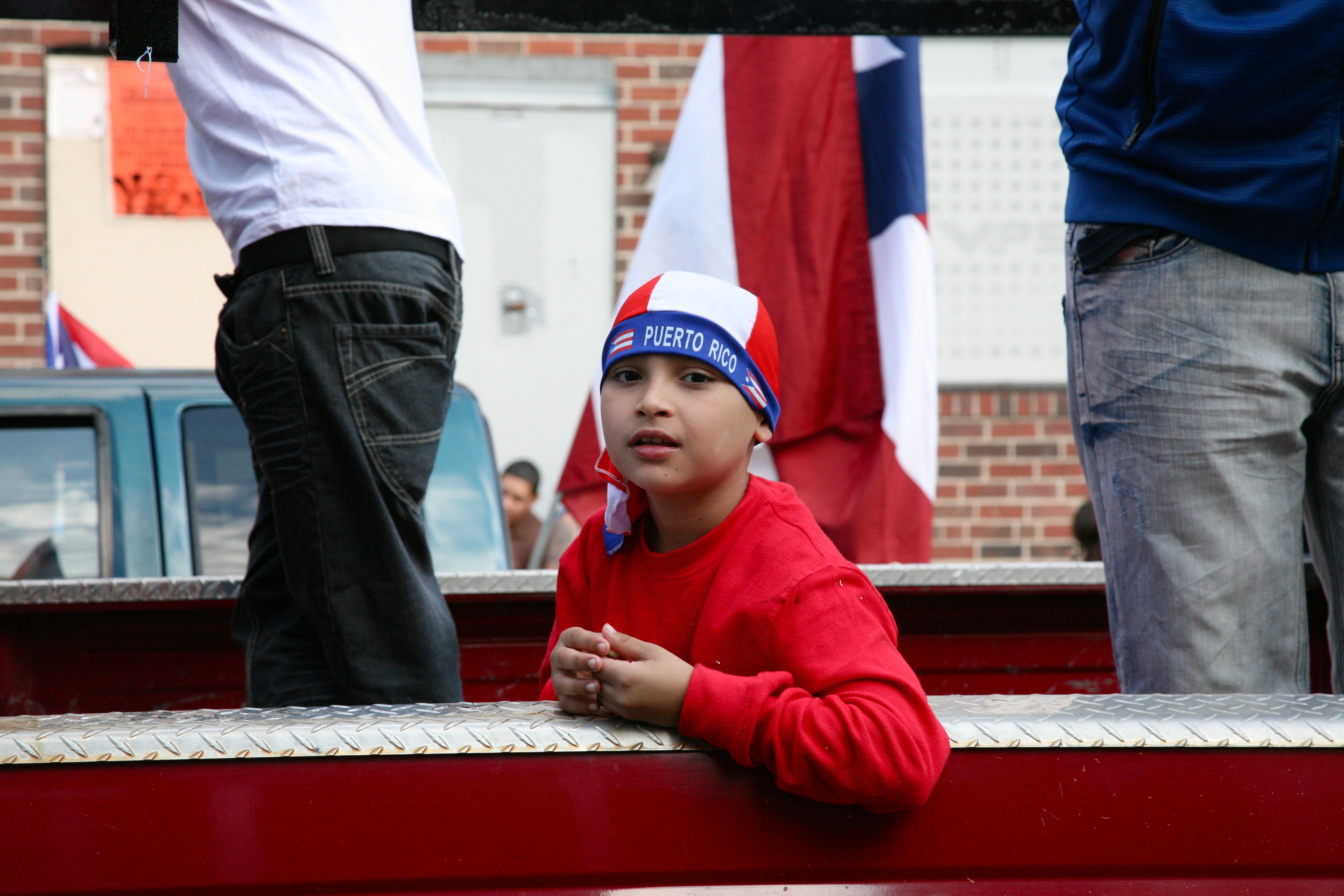 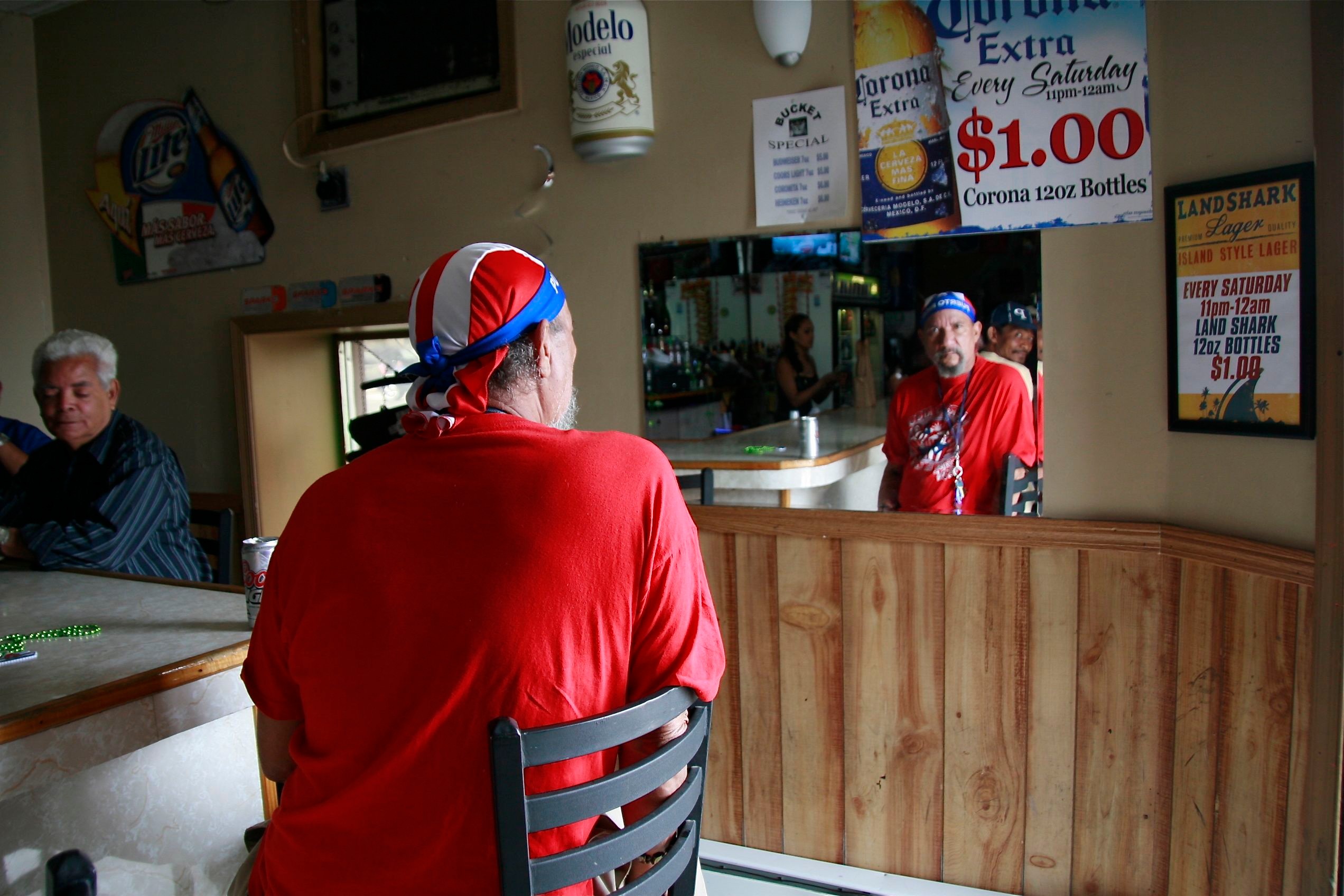 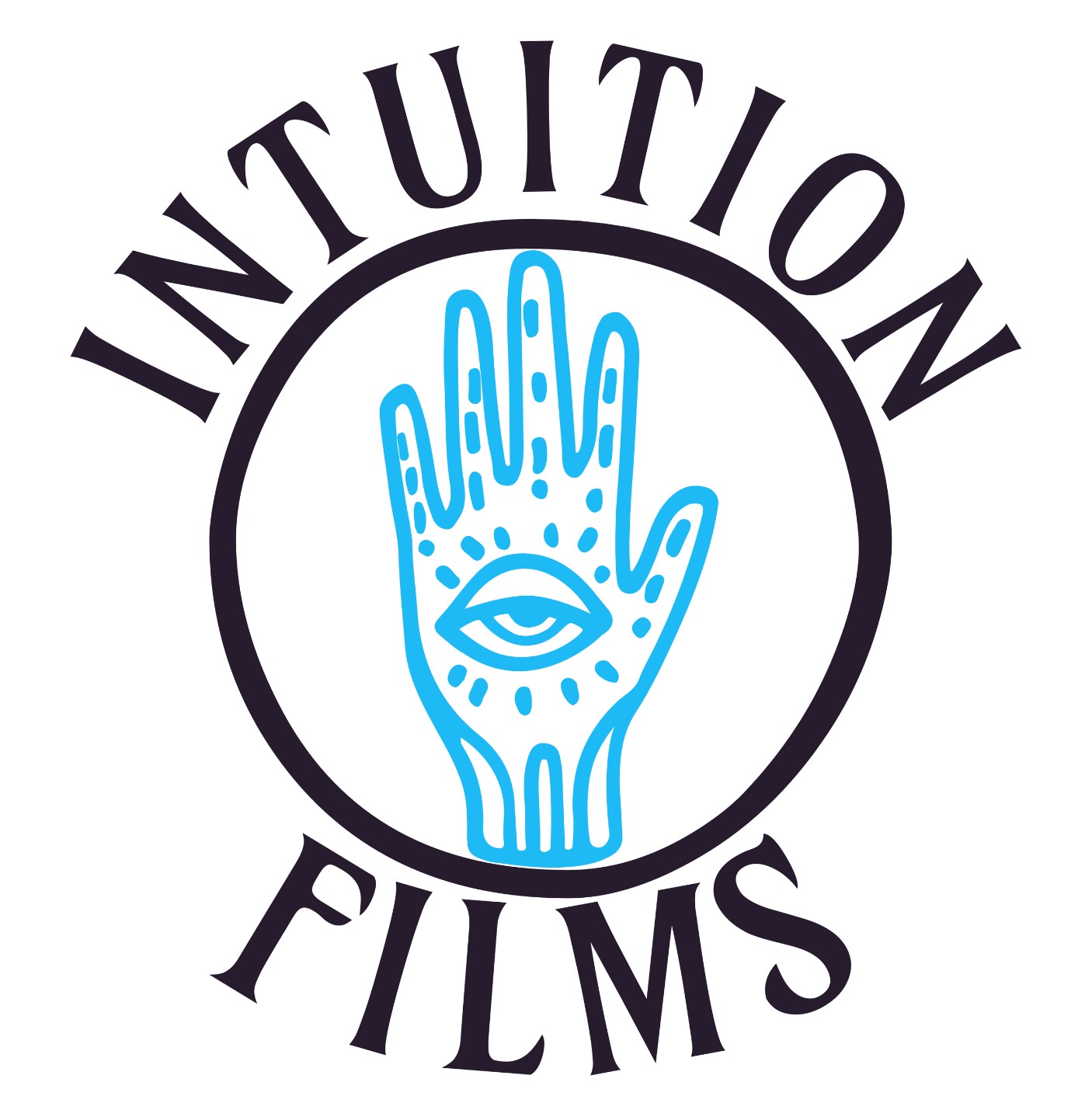 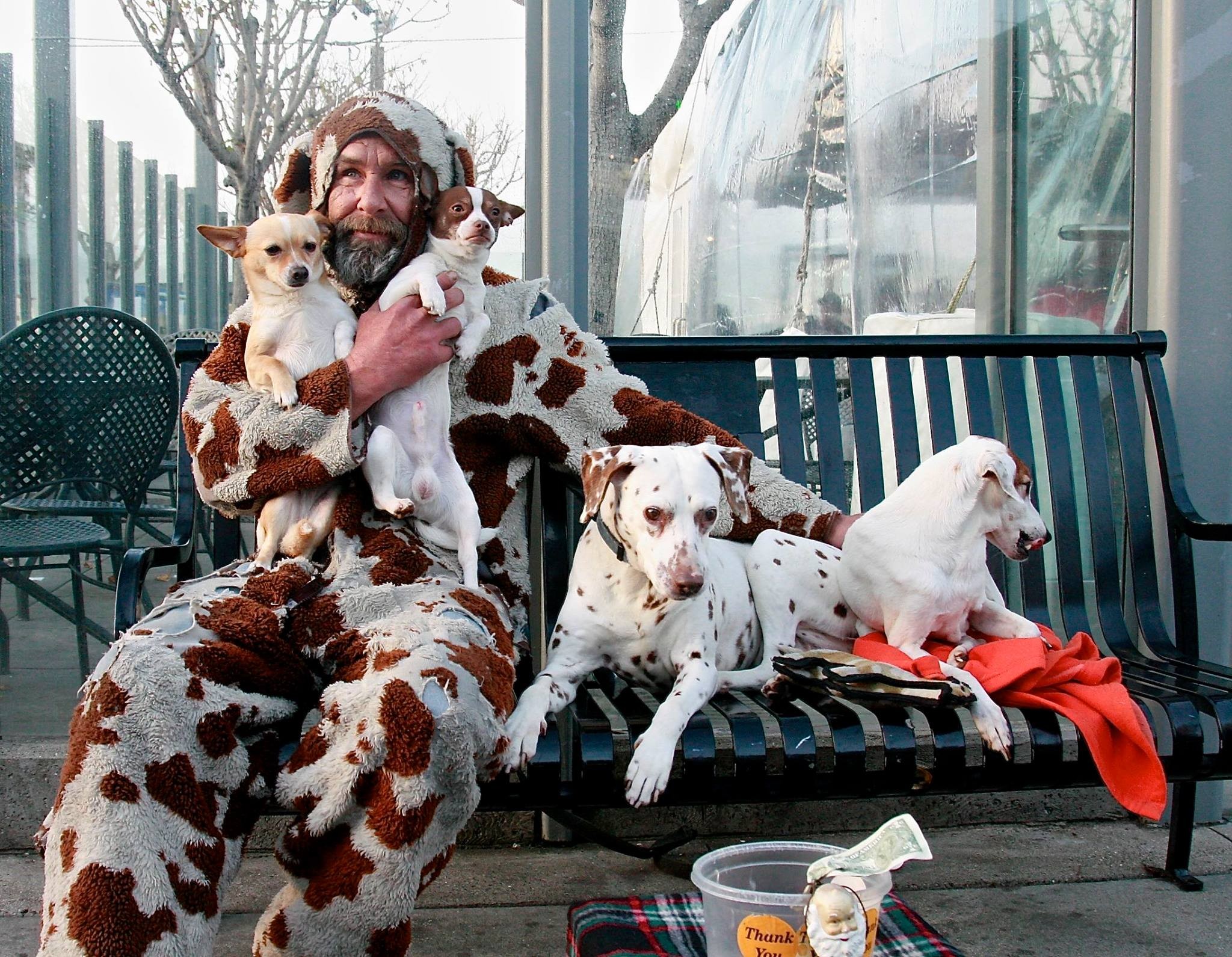 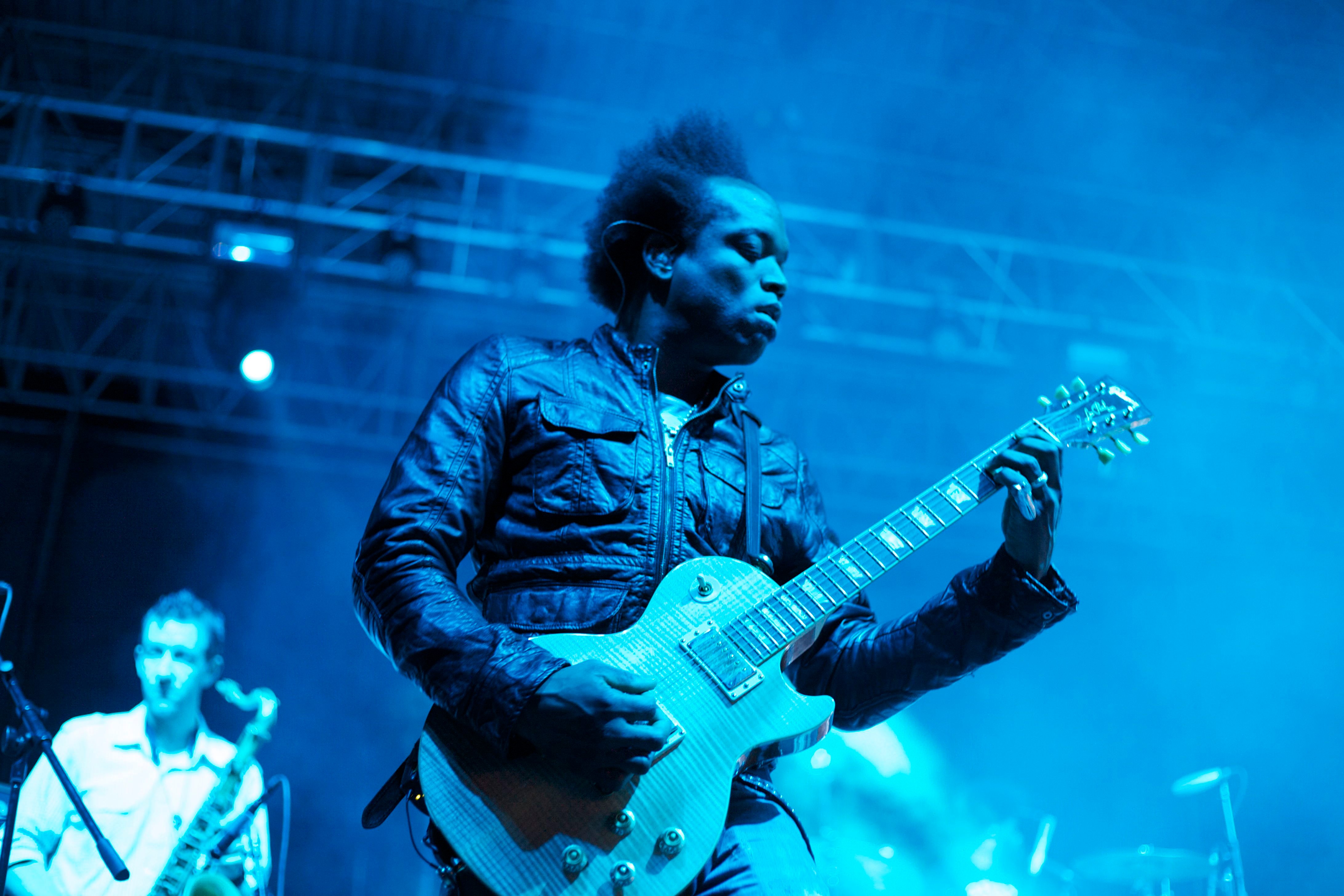 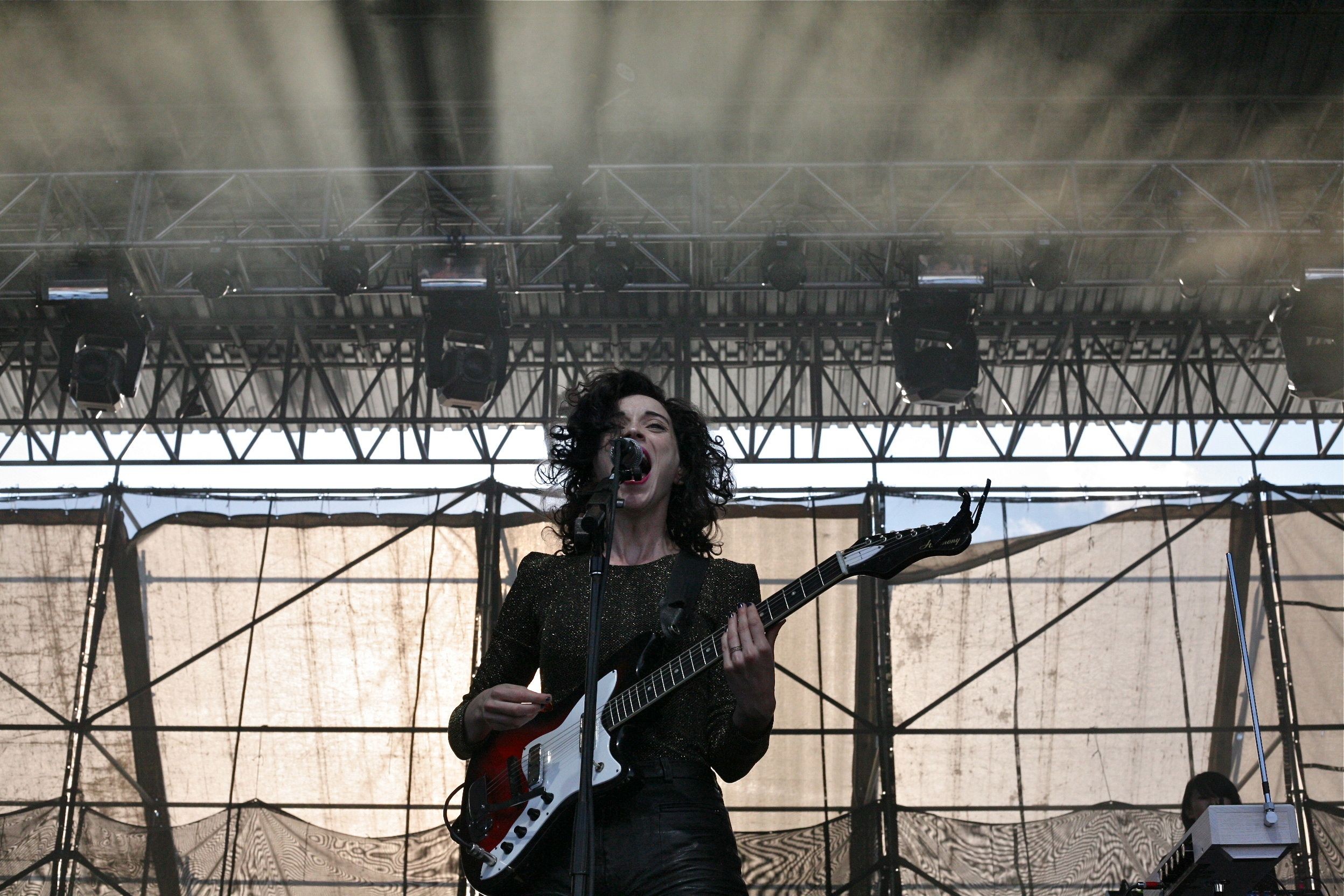 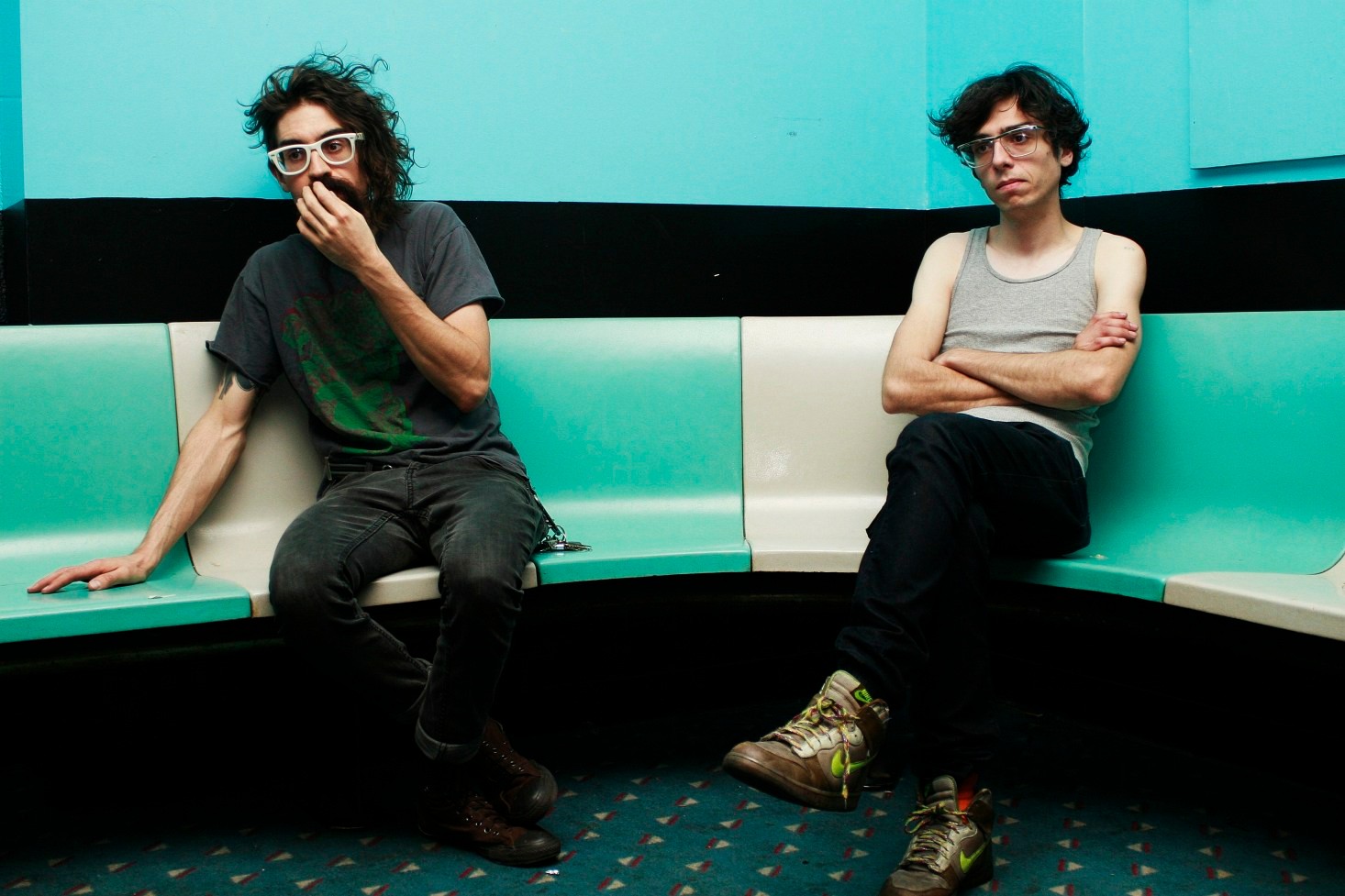