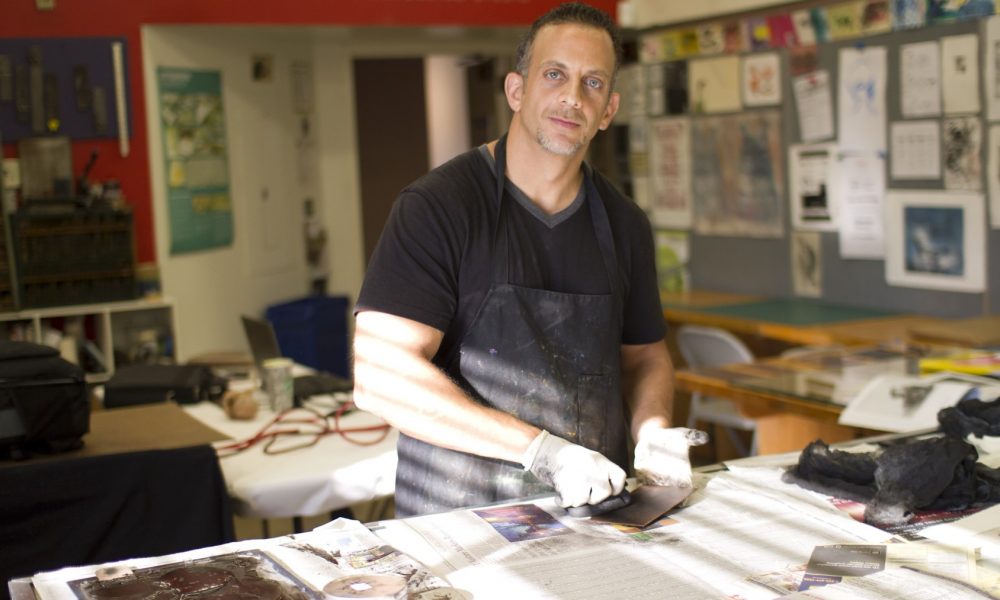 Today we’d like to introduce you to Joseph Gerges.

Joseph, we’d love to hear your story and how you got to where you are today both personally and as an artist.
I grew up in Texas to a mother and father who were immigrants from Egypt. My sister and I were the first in the family to be born in the states which meant the learning curve wasn’t the easiest as kids. It also meant that I had long hours to myself to find my way in a world I was somewhat unaccustomed to as family life and school life were extremely disparate elements. We moved a lot because of my father’s job and the rare constant in my life became my pencil and paper.

Learning to navigate between multiple schools and cultural divisions set me on a path of curiosity and investigation that only grew as I began to develop my talents. We made our way to California in my mid-teens. I grew up in a tough neighborhood and I got into a few fights at school. Thankfully, during this time, art was one of the few things I could turn to in my moments of crisis. In my freshman year of high school, I had a compassionate art teacher named Mr. Carlson who saw potential in me. During that year he pulled me aside and mentioned that the Los Angeles County High School for the Arts would be a great place for me. He helped me round up my work and prepared me for the interview and portfolio review process. A few months later I was accepted into LACHSA and the direction of my life has never been the same.

My time at the Los Angeles County High School for the Arts led me to Art Center College of Design on a full scholarship. Once I graduated, my initial path was a career in animation. Companies like Pixar and Dreamworks were at the forefront of technology and innovation in 3D animation and I was seduced by the possibilities. I soon found myself working for a young animation studio called South Park as a technical director. Very quickly South Park became a global phenomenon and I was having the time of my life surrounded by amazingly talented people in a fun environment. We were inundated by celebrities from George Clooney, Minnie Driver, Jennifer Aniston and others while creating an animation that was breaking all technological rules with quick turn-arounds and content that was “of the moment.” During that time, I was still painting and drawing and showing my work at local galleries and I even established my own animation company. After a great ride of nearly eight years on South Park, I set off on my own, writing and directing client driven productions with a small, but talented team. Eventually, I decided to go back to grad school drained from the heavy workload demanded of running an animation company. I returned to my roots, focusing on the fundamentals of figure drawing and painting. I found myself being drawn back into working traditionally in the studio bringing paintings and drawings to life. Once I completed graduate school, I jumped into the art scene full steam with two solo shows in Los Angeles and Atlanta in 2007/ 08. Since then my work has shown in numerous museums and institutions nationally and internationally including the El Paso Museum of Art, the Phoenix Art Museum, the San Bernardino County Museum of Art, the Museo de Arte de Ciudad, the LA Art Show, and the Janet Turner Print Museum amongst others. I was also featured in Art Scene, New American Paintings and in Art & Antiques. In 2010, my feature film documentary, “Solo”, traveled the festival circuit receiving multiple acclaims including honorable mentions at the George Lindsey UNA film Festival, the Da Vinci Film Festival, and the Columbus International Film Festival. Currently, I am on the cusp of a completing a six-year body of work that will be accompanied by a new 160-page hardbound book and a documentary short, and there is more in the works!

We’d love to hear more about your art. What do you do you do and why and what do you hope others will take away from your work?
My career path has never been a straight line, and neither is the way I approach art. When people ask what I do it’s always been hard for me to arrive at a clear answer. Sometimes I paint, sometimes I draw, other times I’ll sculpt or work on an etching or a print, sometimes I’ll pick up a camera or create an installation. The only connecting thread is the idea behind a body of work—the mediums and methods employed simply support the idea.

I imagine future shows will utilize all these platforms simultaneously as they already overlap in my studio practice. I can be working on a film one day, jumping into digital media the next, working on a canvas on the weekend and then doing it all over again the next week. It keeps me on my feet and interested in the range of creative possibilities. My works tends to have this underlying desire to connect with the human condition and investigate the psychology of life, our pain, our struggles, our joys, and the human connections made during these moments.

Sometimes, I deal with these themes more directly, as seen in my 2006 painting “Samaritan”. The painting investigated the ramifications of gender relationships and war and my association to those concepts as an American, and an Egyptian during a tumultuous time in the United States. My recent work has turned towards metaphor, using animals as a sort of anthropomorphic bridge between our literal world and the experiences and relationships these animal compositions mirror onto ourselves.

Instead of having human beings as the subject of an image, I feel like the animal imagery allows a viewer to reflect on the work as a poignant personal investigation, creating a pictorial dialogue that is a closer to visual poetry and allegory. Ultimately, I would like my work to get people thinking, questioning, and hopefully inspiring ideas and inquiries that ask us to reflect on the choices we make in a new light.

How can artists connect with other artists?
I am college professor so being around a community is always helpful and very important. I think getting into drawing clubs, getting out to gallery openings and museums, finding your way into teaching adjunct, and even doing art meet-ups that allow you to find new, like-minded people are great ways to surround yourself with other creatives. It’s important to break-up the monotony of the studio practice. It helps keep the work fresh and exciting and can help you avoid getting caught up in the introverted artist cliché that can be a scary path to isolation and possible depression. It’s a good idea to break habits, see what others are doing, and find your voice in the world around you. I know I couldn’t survive without the gym, my friends, and my family!

Do you have any events or exhibitions coming up? Where would one go to see more of your work? How can people support you and your artwork?
I have a solo show opening at the Irvine Fine Arts Center on Feb 9th. There will also be a book signing and artist talk on March 9th at the Irvine Fine Arts Center for my new release Quietus, due out in early 2019. My artwork and books will be available for sale during the duration of the show and you can always DM me through any social media platforms or email me at joe@josephgerges.com. 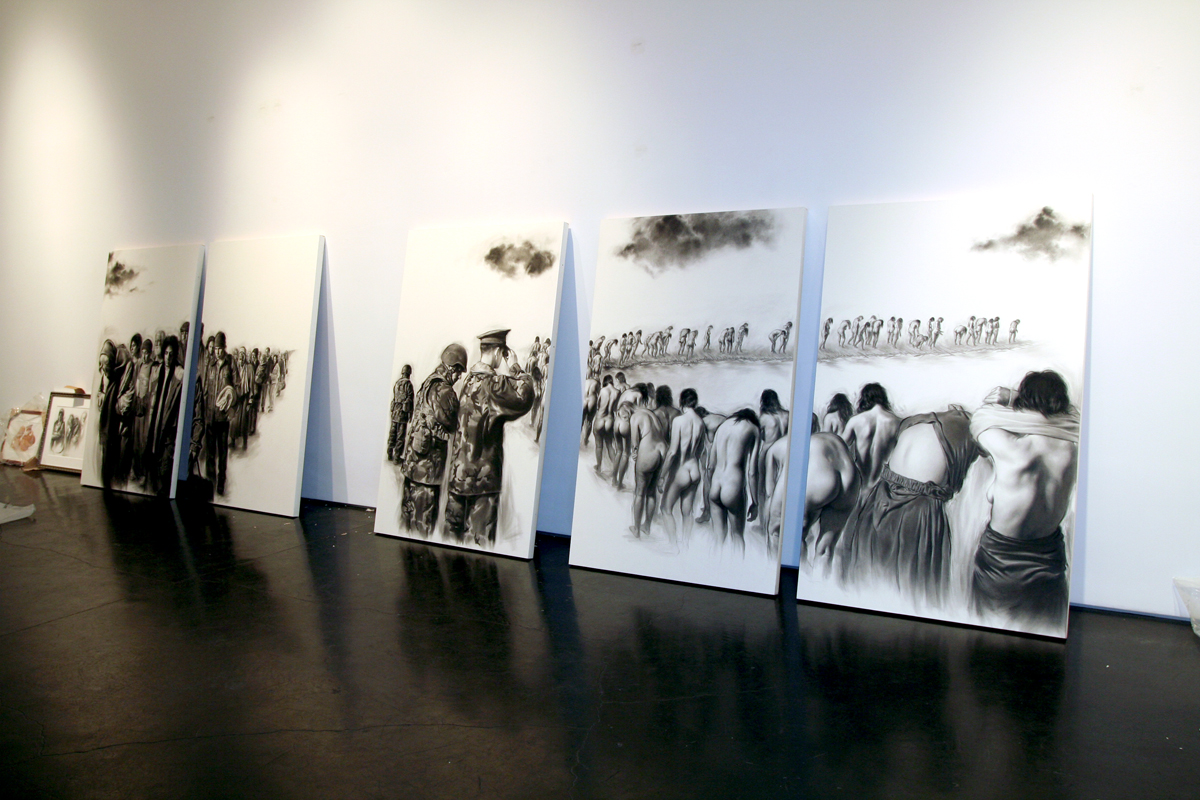 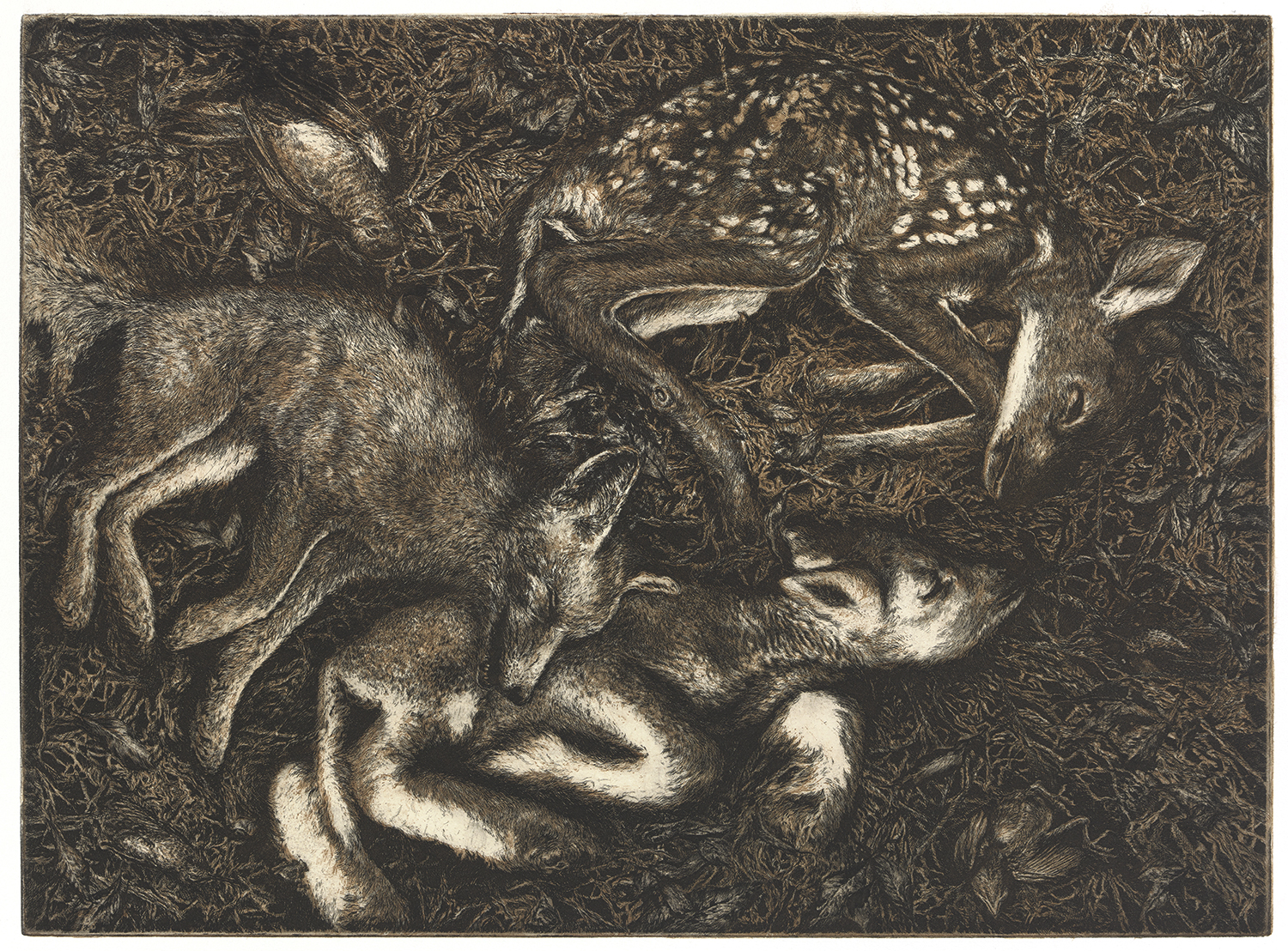 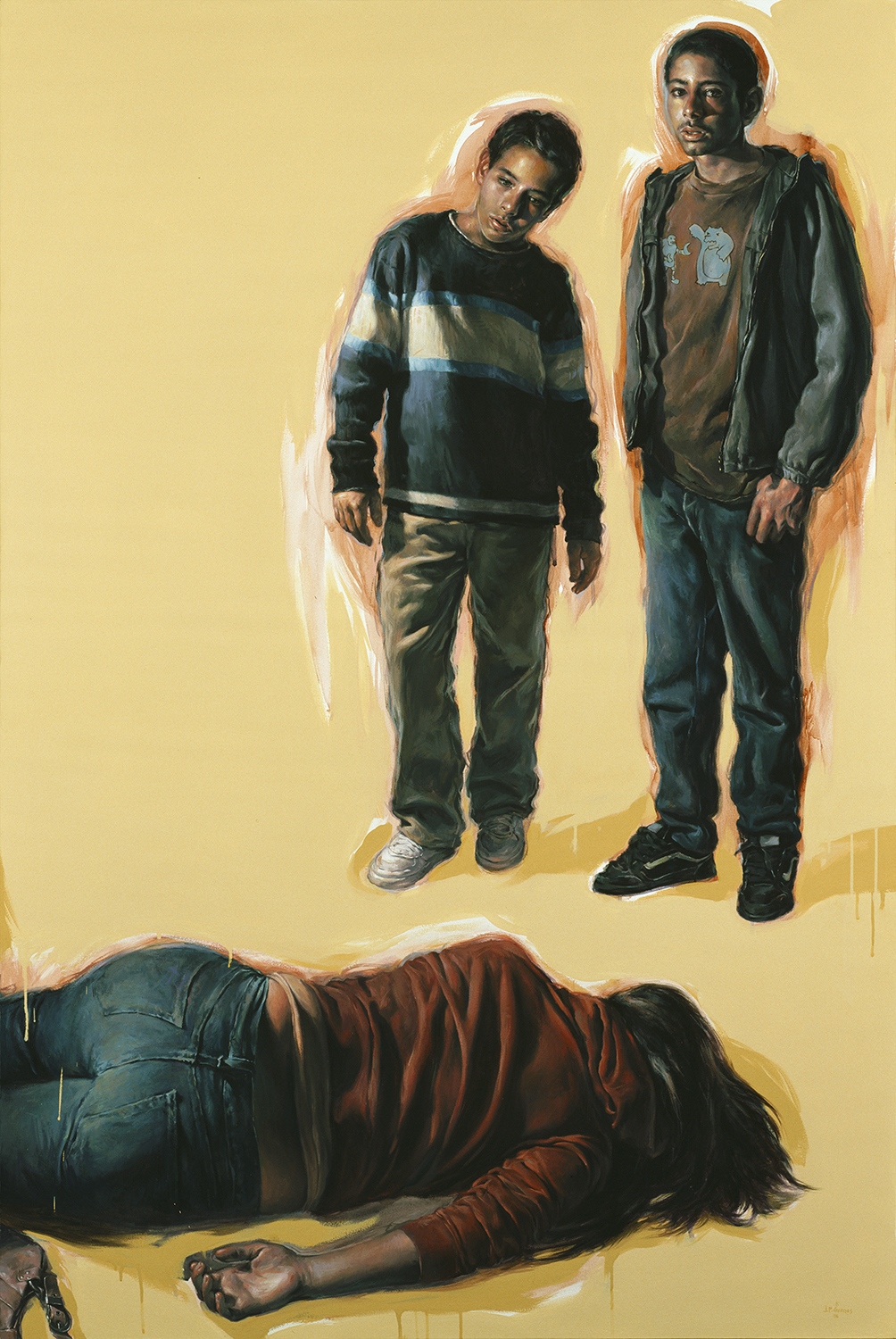 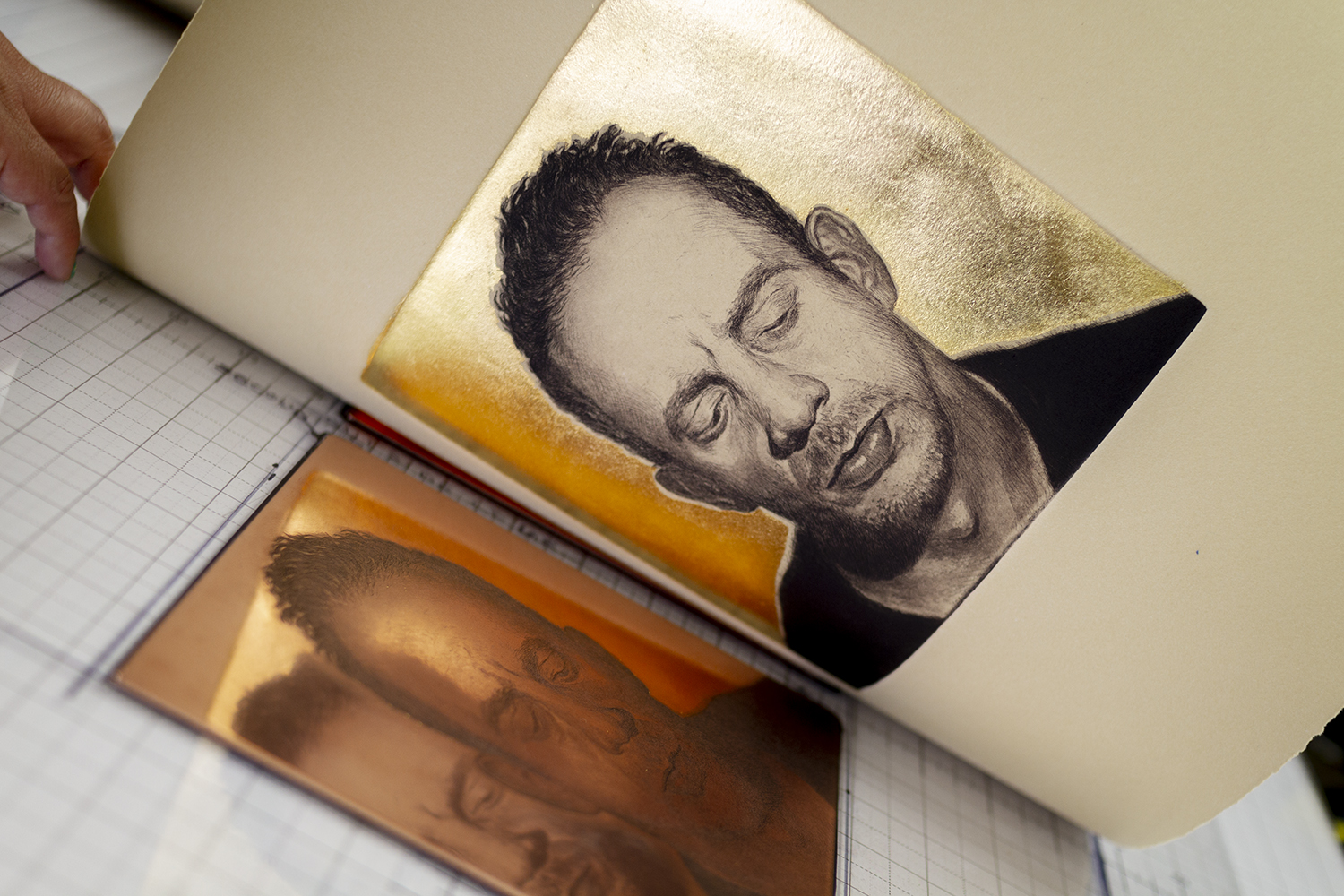 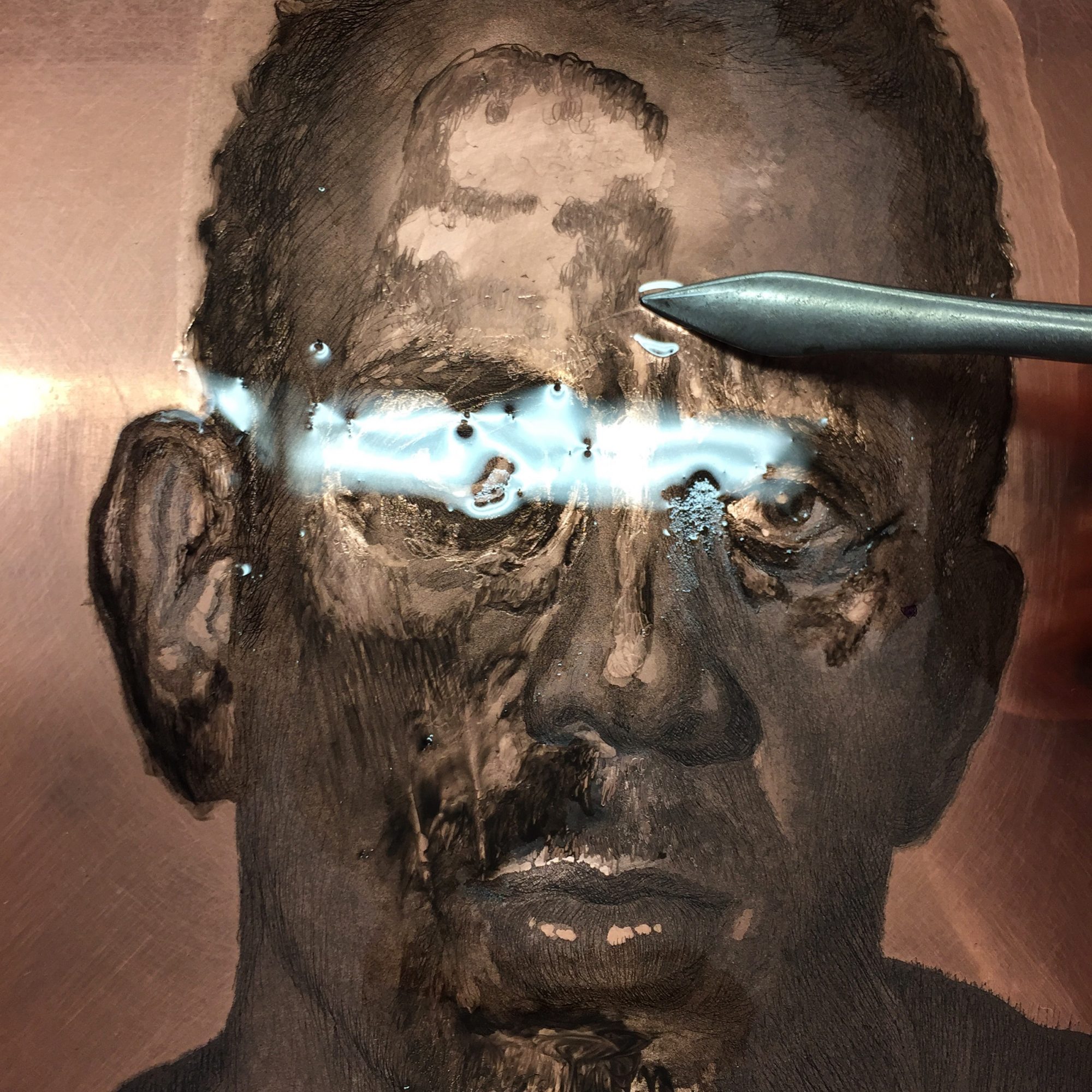 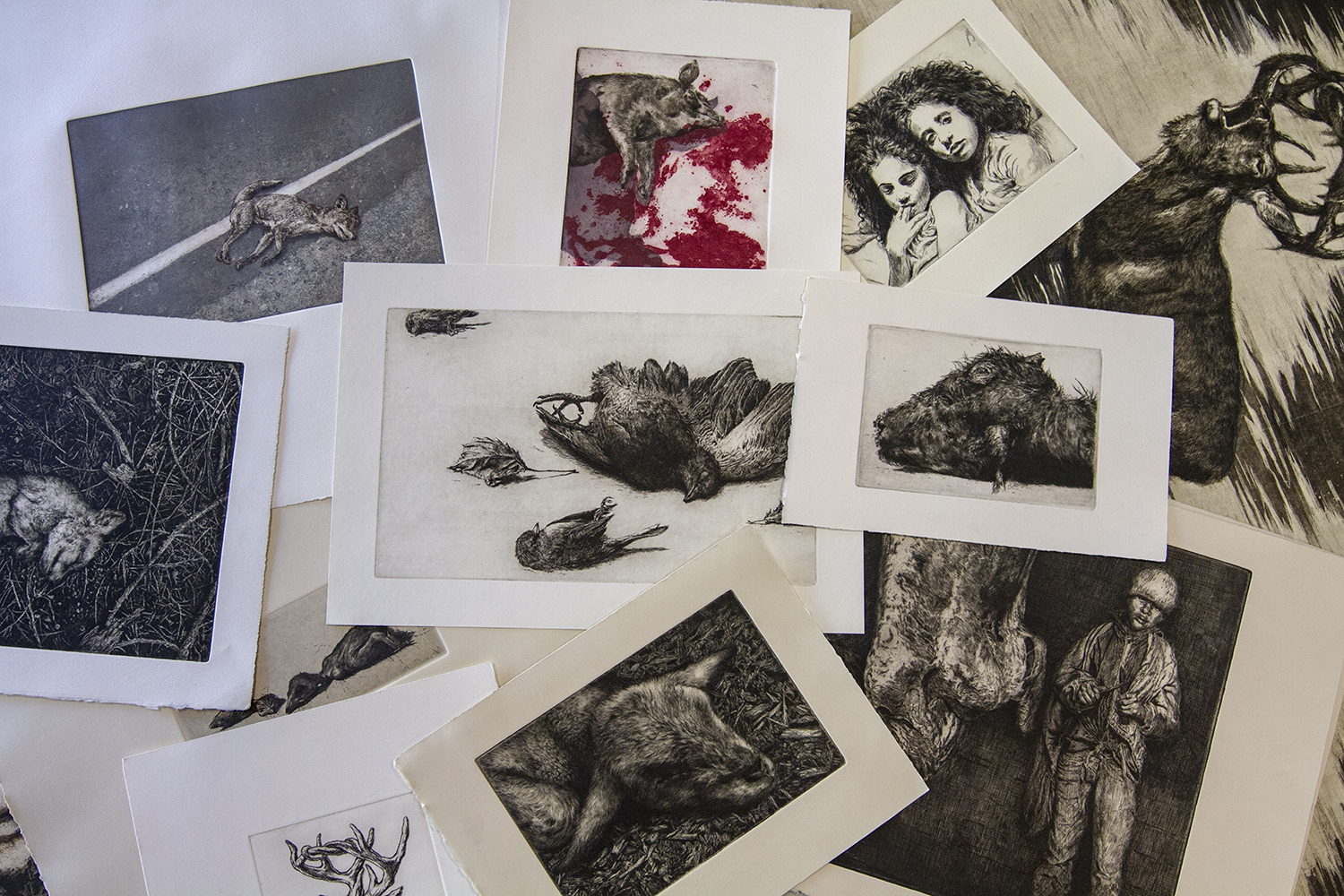 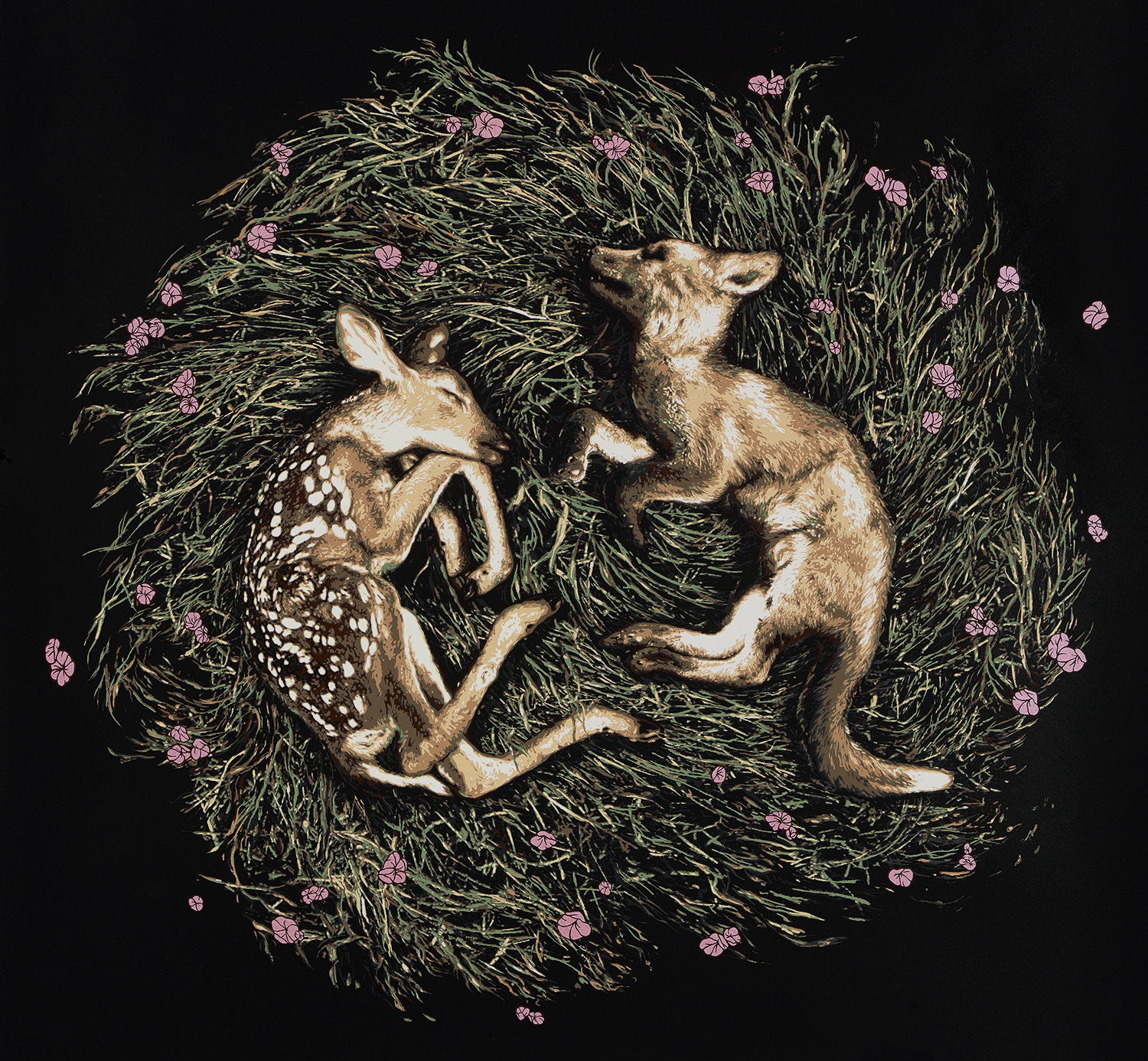 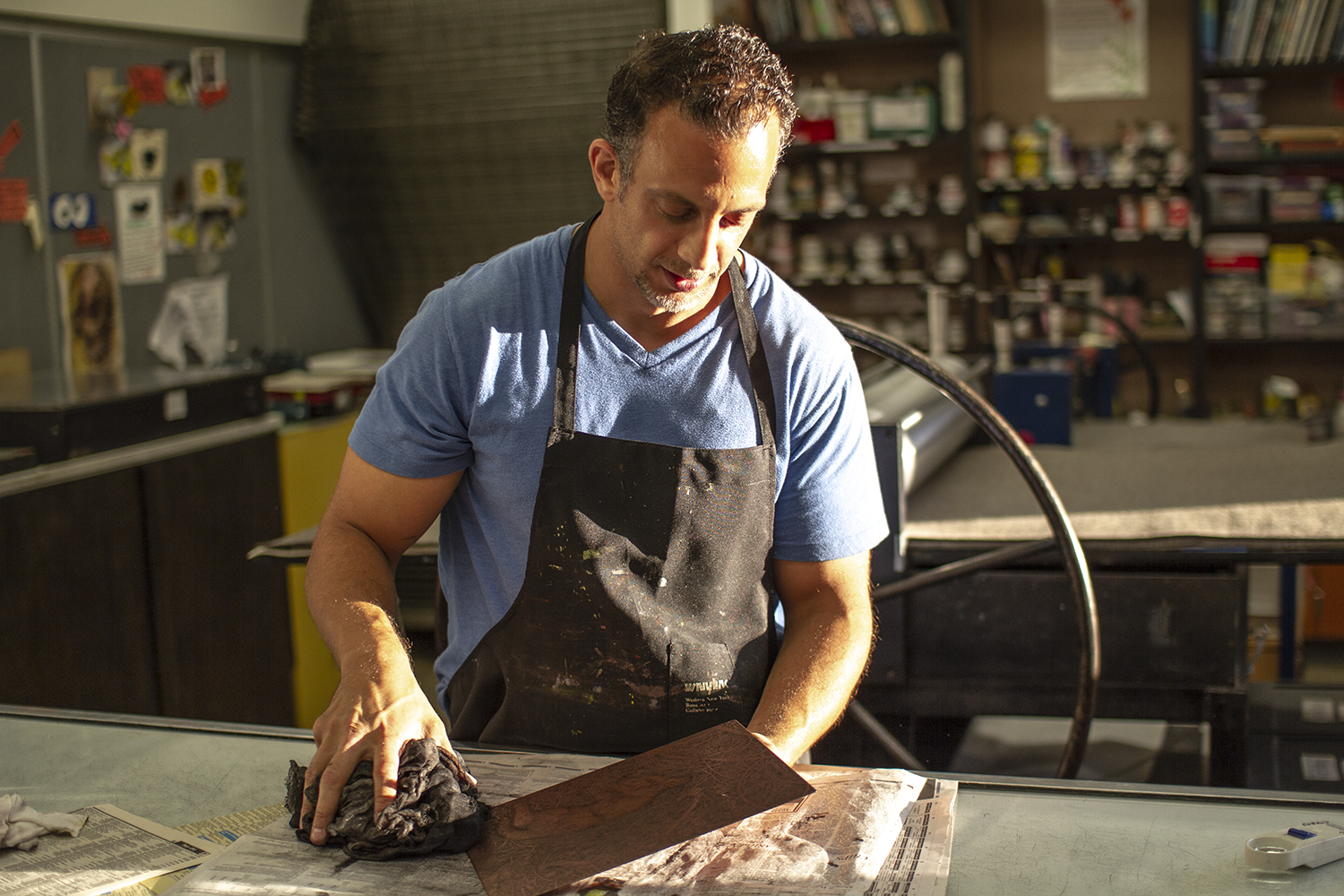