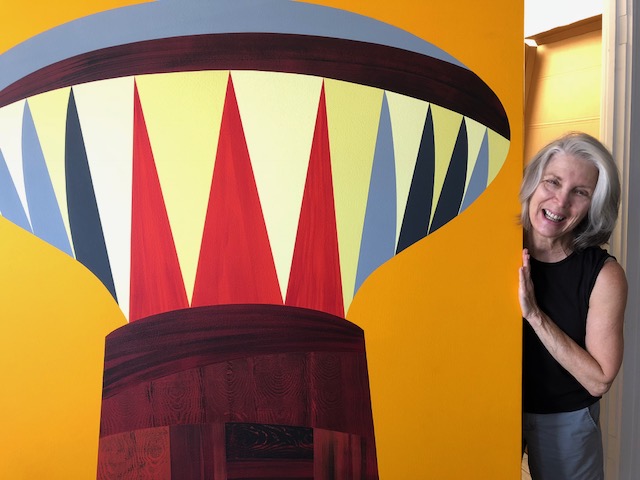 Today we’d like to introduce you to Hilary Baker.

Hilary, we’d love to hear your story and how you got to where you are today both personally and as an artist.
Every artist has a unique story. Can you briefly walk us through yours? I grew up in a booming post-war Los Angeles. My father was an esteemed concert, violinist and it was not unusual for the likes of Igor Stravinsky, Jascha Heifetz and Henry. Miller to gather round our dinner table. With art on the walls, a library full of books, and music playing throughout the house, the freewheeling conversations of these artists shaped my understanding of my own creative impulses.

L.A.’s eclectic mix of Modernist design principles, orange groves, and mid-century architecture, together with the Hollywood film and animation industry, played a significant role in the evolution of my work. I marveled at the odd, new architectural shapes populating the city. I still remember the looming outline of the gasworks along the 101 freeway, as well as the curve of the towering decorative female leg atop the Sanderson Hosiery Building. It revolved, lit by spotlights after dark, another surreal presence in L.A. (and speaking of ‘surreal’, it wasn’t until I was an adult that I learned my father was responsible for the screeching violins in Psycho!)

My career path took me through a BA at UCLA, and an MFA at the Otis Art Institute, with a year between grad school at the Tyler School of Art in Rome, Italy. 1989 I was awarded an artist’s residency at the Ucross Foundation in Wyoming. Though always sensitive to my environment, this vast Western landscape transformed my relationship
with physical environment and subject matter. The work I produced during this residency comprised my first solo show in 1990 at the venerable Jan Baum gallery in Los Angeles. This exhibition opened doors for me and throughout the ‘90s my work was included in numerous group shows throughout California. During this period I was awarded a
number of artist residencies: in 1996 I was a Fellow at the MacDowell Colony; in 1998 I was an artist-in-residence at the ART OMI International Arts Center, and in 2000 I was a Yaddo Fellow.

Each of these residencies nurtured specific bodies of work in response to my surroundings.  In 2000, I had my first solo show with the R.B Stevenson Gallery in San Diego; additional solo exhibitions were mounted there in 2002 and 2003. Also during this time I had a solo show of small Mylar paintings, Suburbia, in Rennes, France. This coincided with another extraordinary opportunity: as an artist-in-residence at Gauguin’s former studio in Pont-Aven, France. Like many artists, I’ve had a variety of studios over the years; my first studio was located on an historic street in downtown Los Angeles, next to  the original Musicians union, around the corner from the Explorers Club and two doors down from the old Georgia Street receiving station (made famous by Dragnet). My current studio, where I’ve painted in for the past 10 years, is on the top floor of a building dating from the early 1920’s, also in a neighborhood with a lot of history. So it’s no surprise, really, that my latest work is a reflection of, and homage to, my surroundings.

Please tell us about your art. What do you do / make / create? How? Why? What’s the
message or inspiration, what do you hope people take away from it? What should we know
about your artwork?
I am a serial painter, tackling subjects that obsess me. I paint until I am satiated, and  having satisfied my craving, I move on. I live on a bluff overlooking the Pacific, so it  seemed natural that my earliest paintings dealt with the ocean. Next came a series  based on trees following a trip to Sicily. These paintings led to the Memorials,  referencing the forested sites of WWll battles in Italy, central and Eastern Europe. With  my continued interest in landscape, I began to think about the land itself, the rocks and  stone and the quarries that carve them into building blocks. Based on the boulder  paintings, the Bones of the City paintings evolved, depicting both roughly hewn and  streamlined buildings and dwellings. In 2008 I relocated to a building dating from 1923 in  a neighborhood from the same decade. Still untouched by gentrification, the apartment  buildings and homes in and around my studio are prime examples of old Los Angeles.

Walking and driving the streets near my studio I started looking skyward, noting how  many rooftops supported water towers, unintentionally elegant vestiges of an era before  modernization. This rich source of subject matter found expression in the quasi-  architectural Water Towers paintings made in 2015. But, now, as I drive about the city, I  see a city that is changing, and doing so rapidly. The Los Angeles I remember has never  been more intricately woven into the Los Angeles of my present than in my newest body  of work, the Predators. The title refers both to the predatory nature of our local wildlife,  as well as the threat by developers of the loss of their habitats.. The correlation between  urbanization’s threat to our local wildlife along with the disappearance of so many of  L.A.’s iconic buildings and structures has not been lost on me. I’m placing the animals  into unexpected locales, long–gone landmarks of L.A. past history. My hope is to remind  viewers of what we have lost in the blitz of post-war development.

Have things improved for artists? What should cities do to empower artists?  How or where can people see your work? How can people support your work? My website www.hilarybaker.com is a great way to see my work, and you can follow  my posts on Facebook and Instagram (@hilarybakerstudio). My work has been  exhibited in museums and galleries throughout the United States and Europe, and my  paintings are in a number of public and corporate collections, among them the Los Angles County Museum of Art, the Achenbach Foundation for Graphic Arts, the  University of Southern California, the Crocker Museum, and most recently, Temple University. In the spring of 2019, I am putting on my curator’s cap, co-organizing the  exhibition, Blind Courier, which features eight artists and their notion of ‘place’.

Supporting my – or any artist’s work – is simple: artists exhibit in any number of venues,  from artist-run, brick and mortar, college and university galleries, to non-profit spaces  and museums . Be curious, learn where art is shown in your community, find work that  resonates with you and follow that artist’s trajectory. I can’t emphasize enough that the  arts need support now, more than ever!

As an artist, how do you define success and what quality or characteristic do you feel is essential to
success as an artist?
Interesting word, “success”. Making art is never a smooth road. As an artist I confront  and question my process all along the way. Obviously, for some, success means  financial reward and fame. Success for me is a combination of the following: being so  focused and committed to the work that one can’t think of any other path to take; and  being respected and recognized by a community of artists and art professionals.  Success is when I’ve solved a problem, moved my art forward, and challenged myself.  If the outcome is a surprise, all the better. My goal is to “just do the work” – the best  advice I was ever given. And I should add that leavening the challenge is the support  from a wonderful community of artists and art professionals in Los Angeles. Fellow  artists can share in the high points and successes and low points – when you feel you  are the on an island of your own making. Your peers have been there and understand  what is – essentially – the solitary life of an art maker. 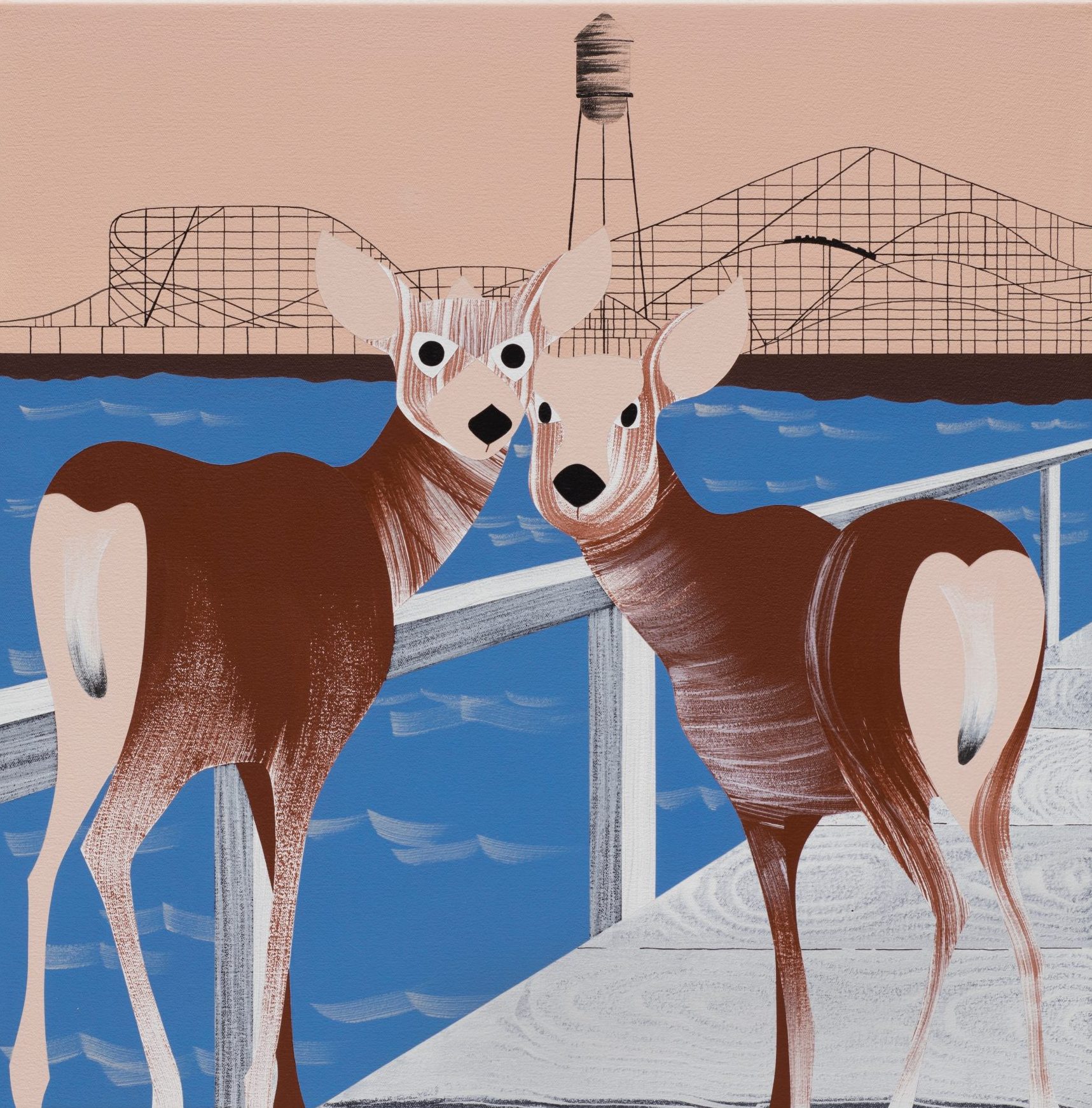 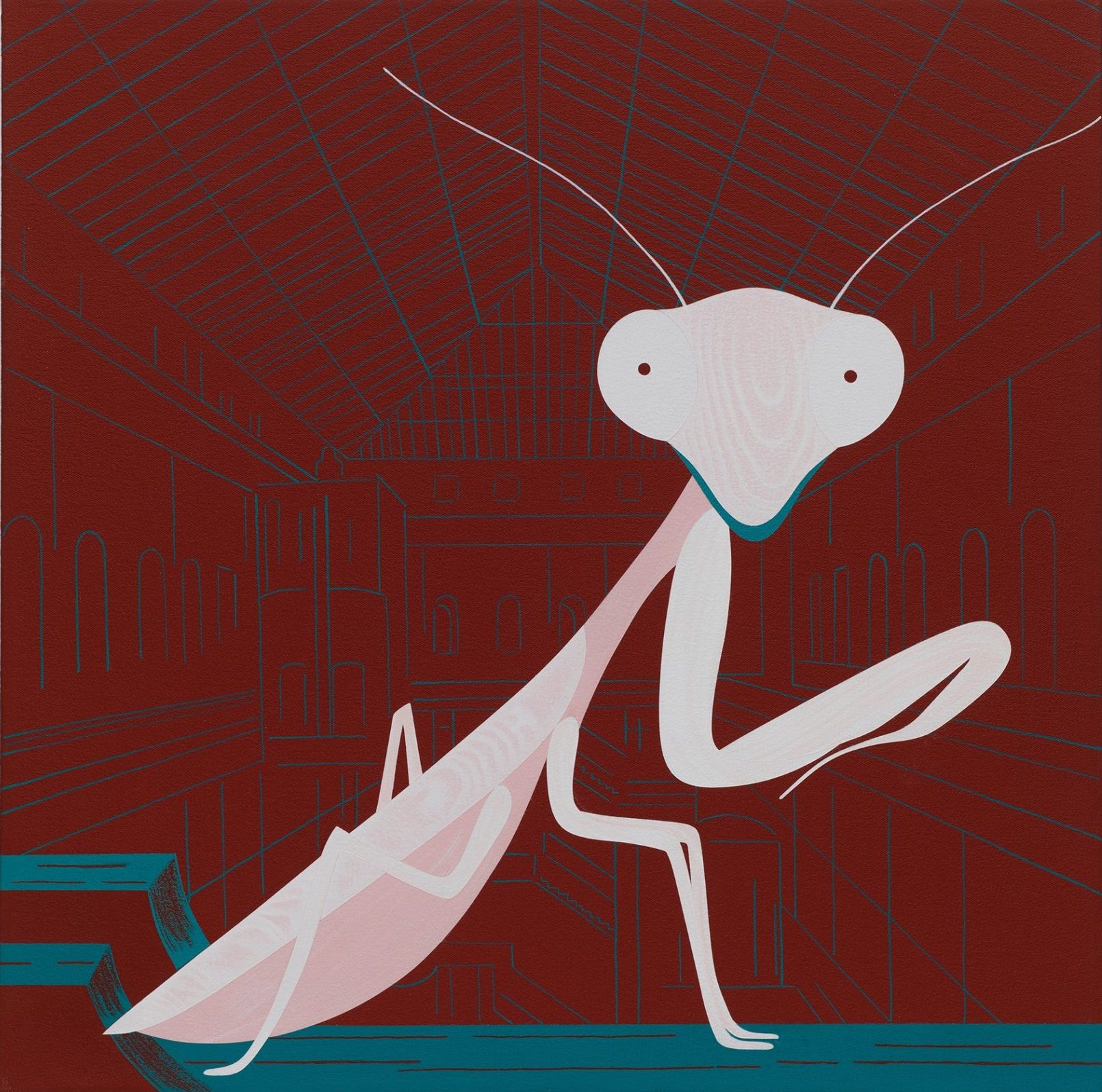 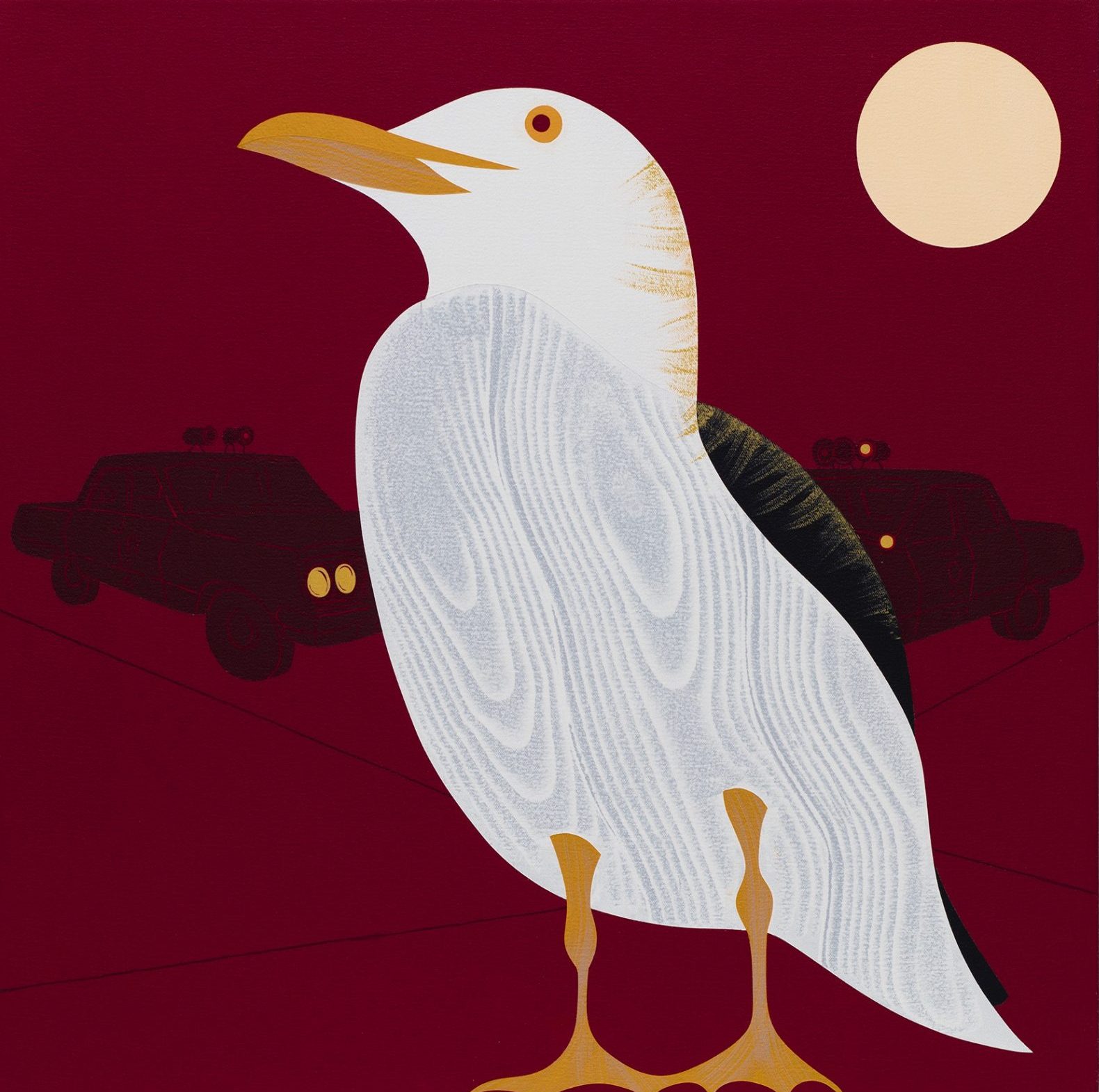 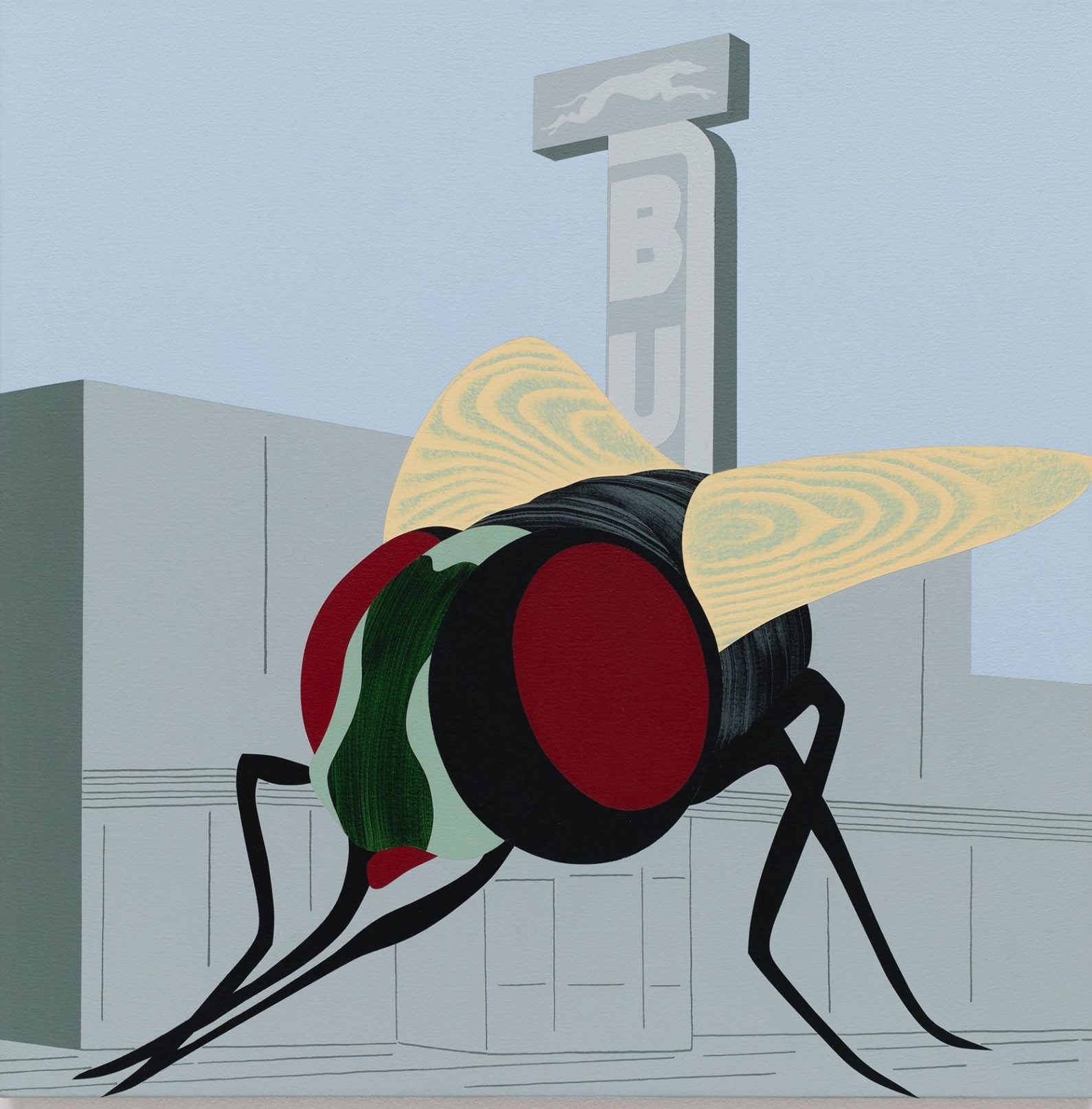 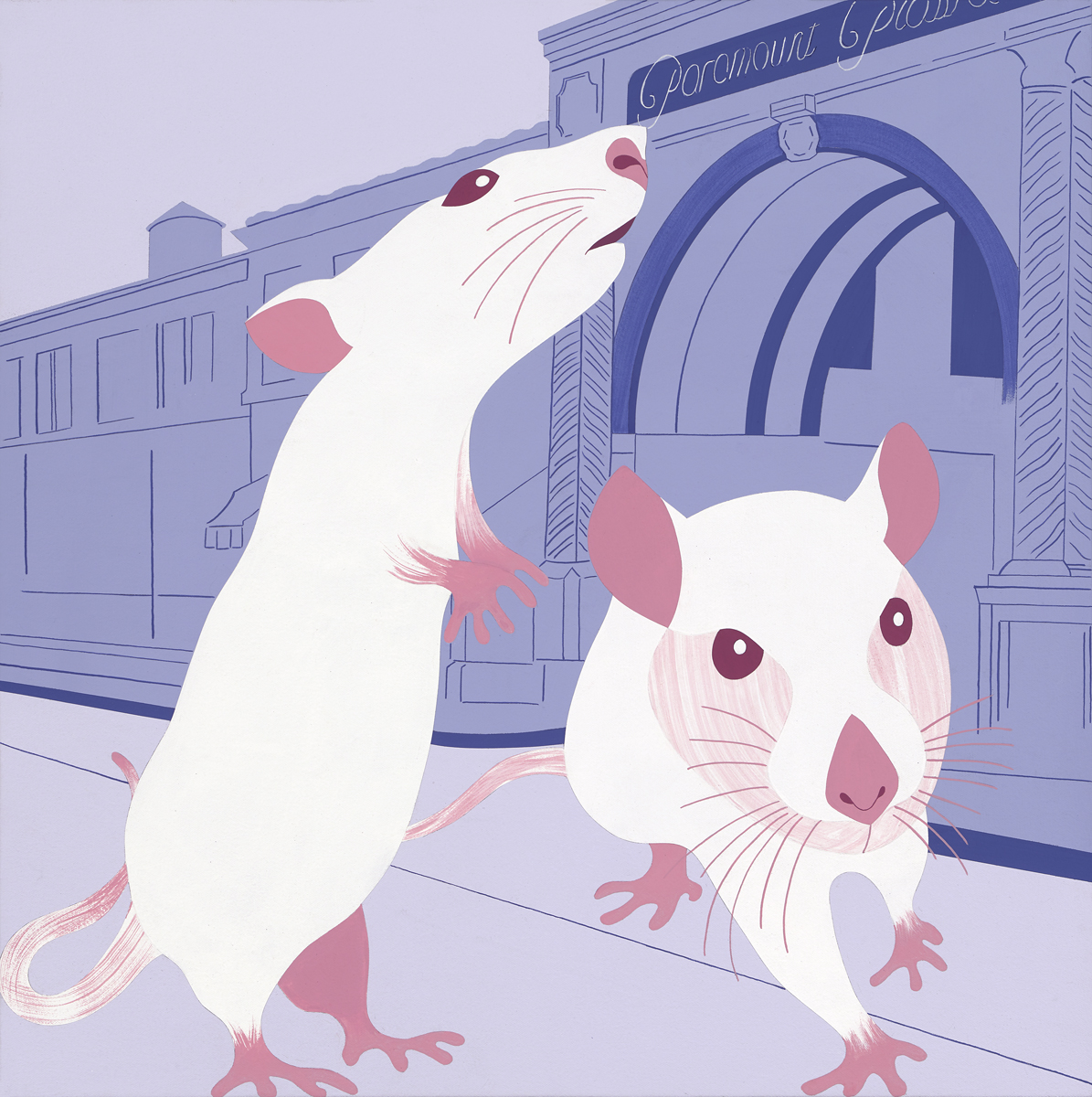 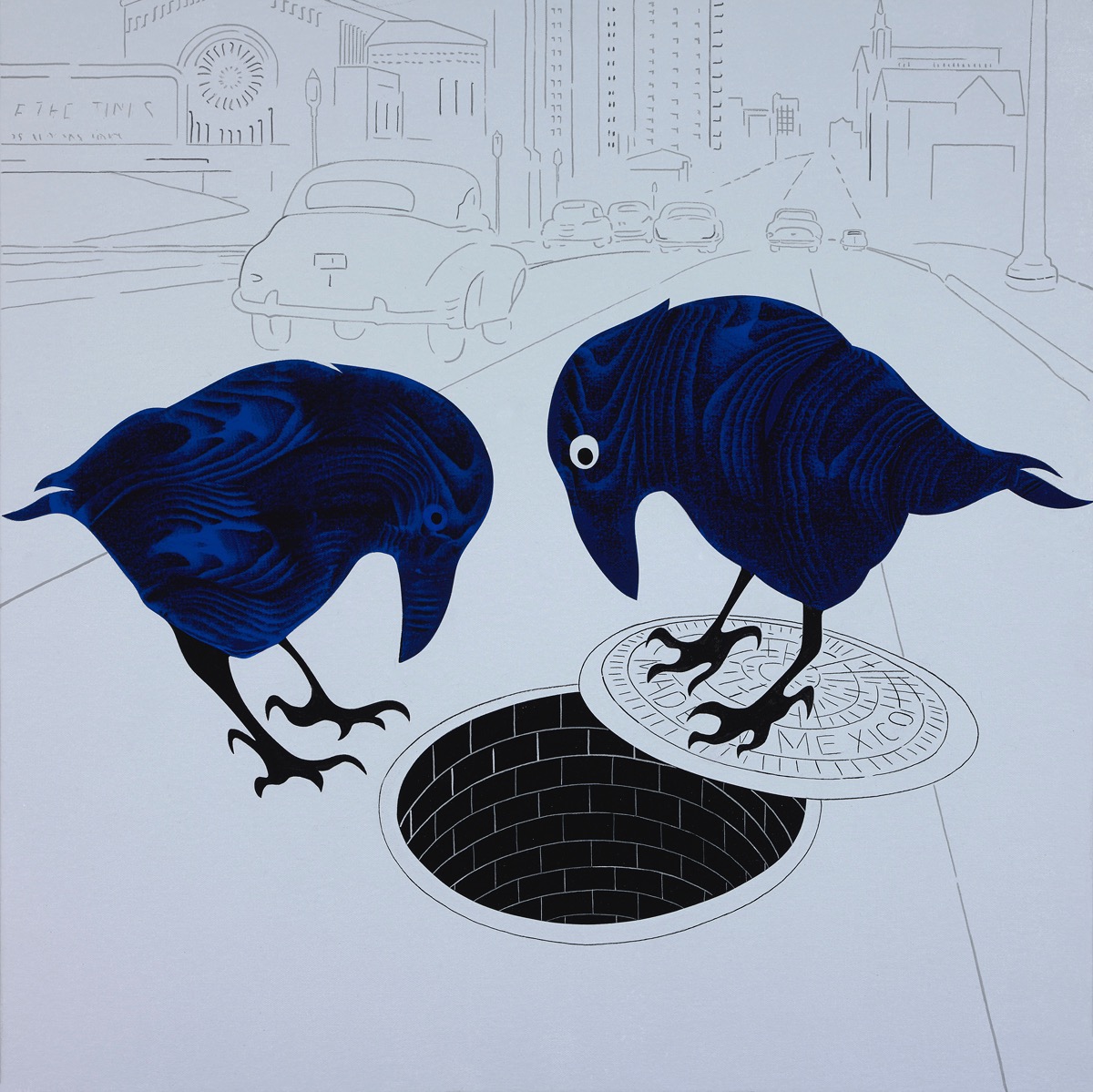 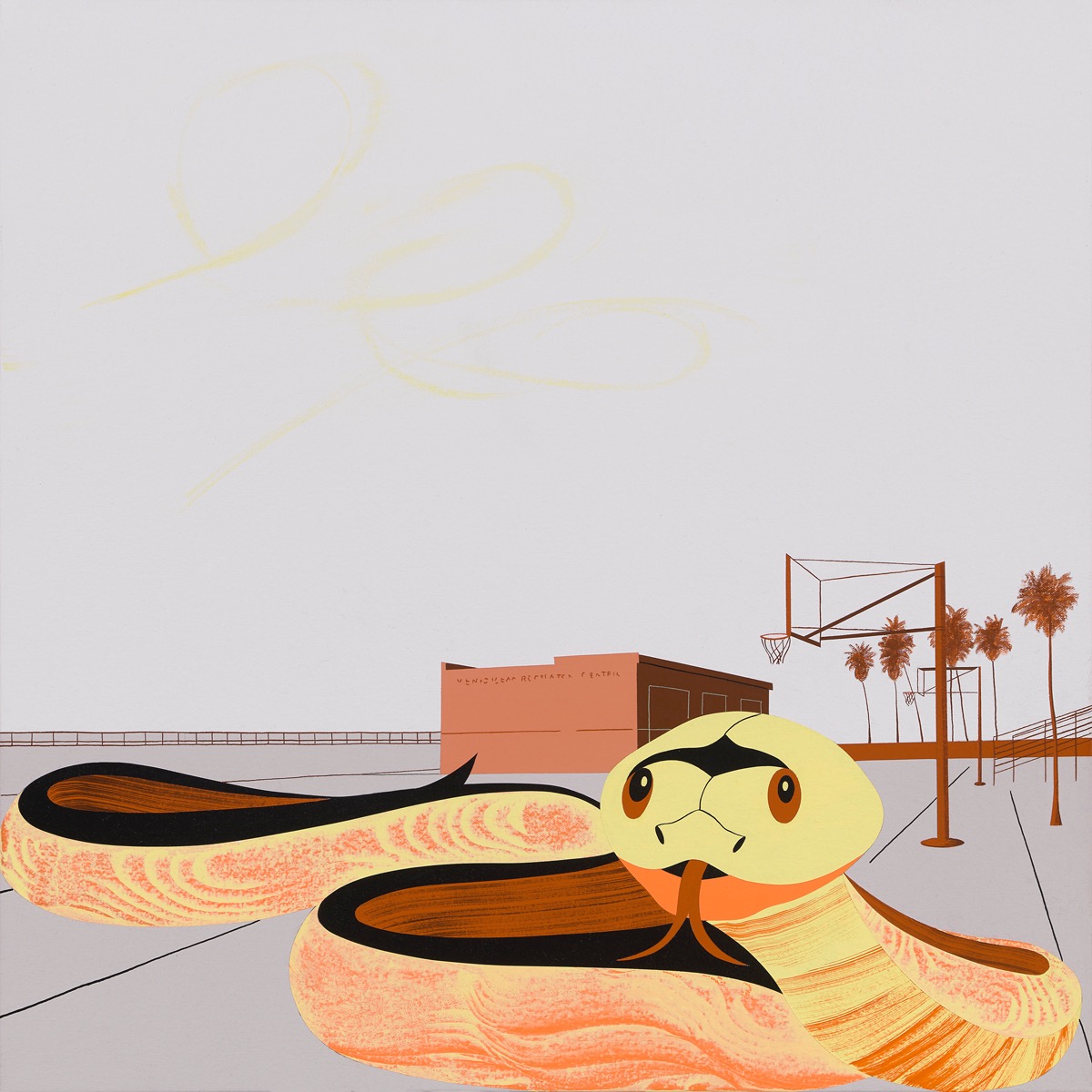 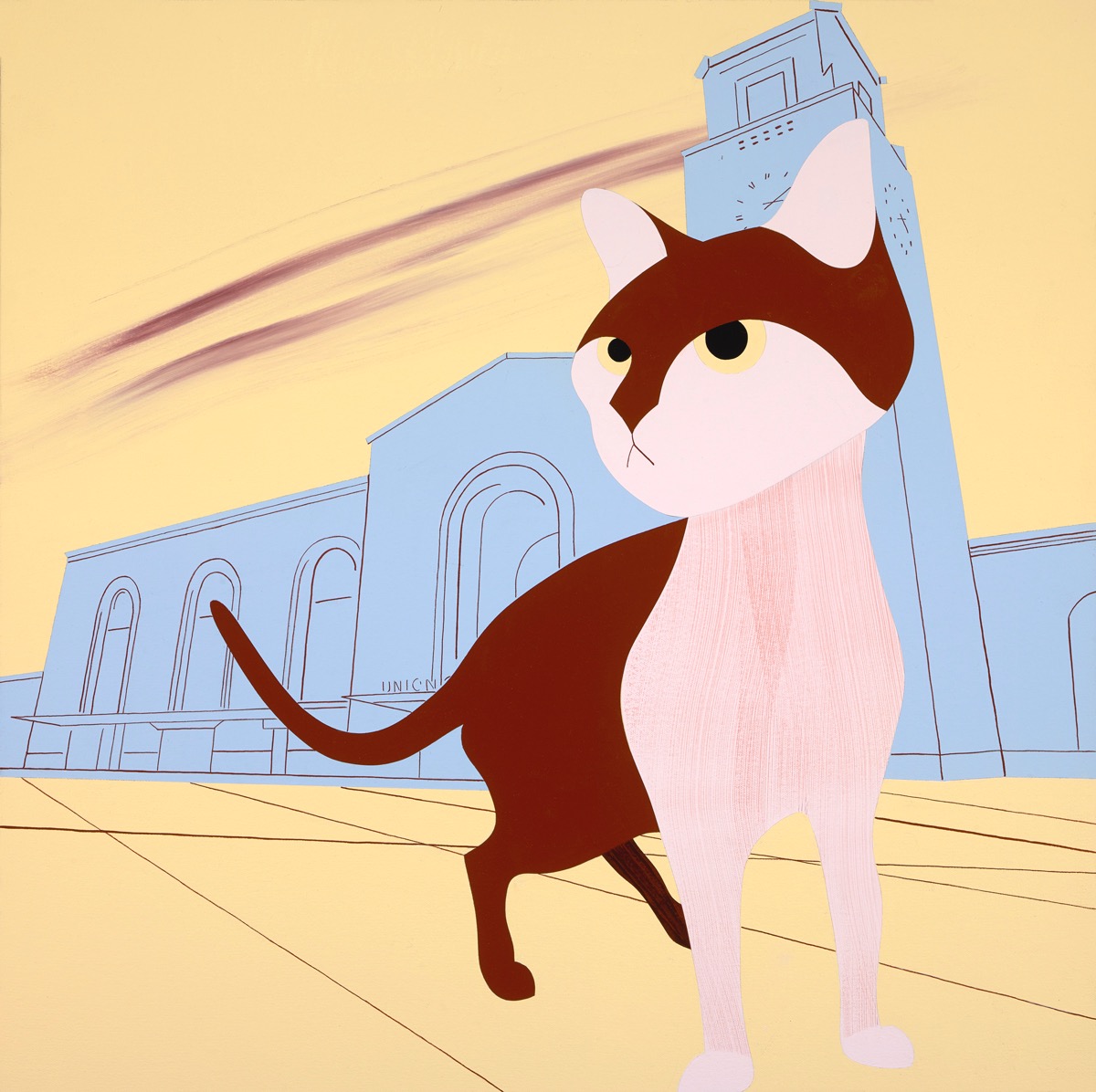