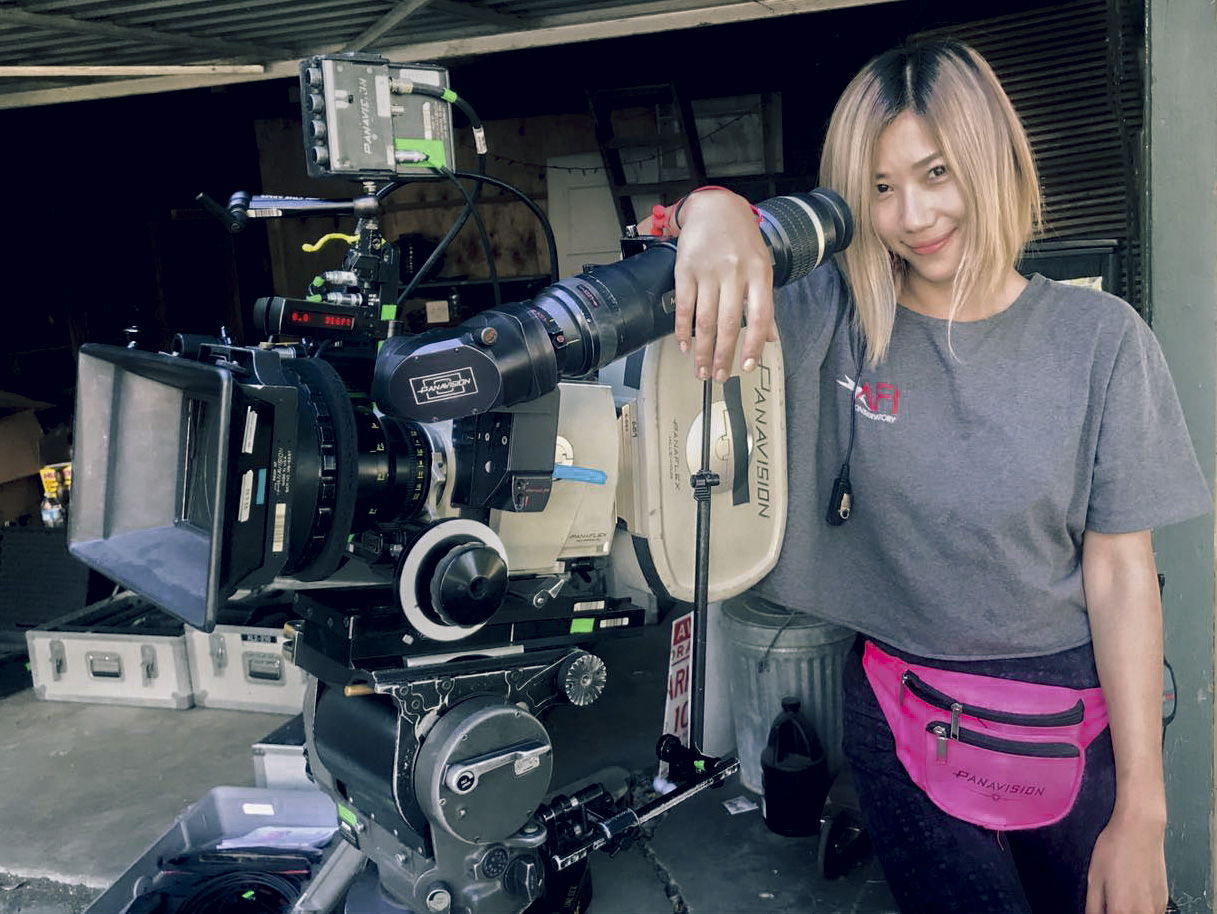 Today we’d like to introduce you to Ino Yang Popper.

Ino, please kick things off for us by telling us about yourself and your journey so far.
I’m a Los Angeles based cinematographer, currently in my second year as a Cinematography Fellow at the American Film Institute. Born and raised in China, I got my bachelor’s degree from Beijing Film Academy (China’s top film school, only 1.3% of applicants are accepted) and majored in directing with a minor in editing back in 2005. I started working as a freelance editor to support myself since freshman year.

After graduating in 2009, I worked professionally as an editor for a national TV network. My editing work ranged from films to TV shows and commercials, which broaden my horizon of different narrative forms. However, I never felt quite fulfilled as an artist with a strong voice and vision, working in a huge network and a corporate environment. So I began a period of a hardcore self-study, aiming to get into the graduate program at The Central Academy of Drama in directing and screenwriting. It’s another extremely competitive program and I applied for two years before finally getting accepted. This program opened a new chapter in my creative life. It led me to write and direct my first play that was produced in a big theatre, in front of a real audience. In this program, I also wrote my very first feature screenplay, “A SUMMER WITH TAYLOR.” It ended up winning Outstanding Screenplay in 2015 in a national writing competition. Meanwhile, I was still working as an editor on the side, leading into 12 years of editing experience before I decided to transition out of it finally.

After I finished the graduate program, I immigrated to the U.S. I first stayed in Pittsburgh for about eight months. During this time, I enrolled in the Pittsburgh Filmmaker’s program for three months to learn about the US film industry. During this time, I wrote and directed a short film, as I was still thinking that I was going to be a director. Jumping forward, after moving to Los Angeles, I started as a Production Assistant so that I could observe and learn how each department worked in Hollywood. I worked in Art Department, Sound, Costum, and finally Camera and G&E. I took both paid and unpaid jobs, learning everything I could with any given opportunity, as well as expanding my network. Eventually, I found my true passion for cinematography. I realized why I never felt truly fulfilled doing other jobs – the urge to create images has been what drives me. I worked as a First Assistant Camera for quite a while before moving on to be a Gaffer. Out of all of the film schools I volunteered at in Los Angeles, I found the American Film Institute’s film sets to be the most professional and educational. The quality of the cinematography work carries the most value for me to learn from.

So, I ended up volunteering on over 35 AFI student sets just to learn from the cinematography fellows who are now alumni a year above me. I started to apply everything I learned from all of them into the small indie projects I was shooting as a startup DP. Finally, I knew I couldn’t live with myself if I never tried to apply for AFI. However, in the middle of filling the submission form, I realized that I wasn’t going to make it in time. Luckily, the school later told me that they had extended the deadline. Waking up to that email was like having a small earthquake in my world. It felt like the universe was trying to tell me that this was meant to be! So, I jumped on putting the production together. Still, I knew my chances were slim, given how hard it is to be accepted to this school. I knew I was a late starter, compared to all the other experienced cinematographers with amazing websites, reels and years of experience on their resume. I drowned myself in freelance work while waiting for the result, to distract myself from over-thinking. Then, one day, another email came in. I was offered an interview. It was like another earthquake. I remember going into the interview on crutches due to a knee injury I had working as Best Girl on a feature. I was worried that if people see me with crutches, it would raise concerns about whether I would handle the physical demands of the program. Of course, thinking back now, it was so silly of me to worry about that. Over time, I developed my own voice as a female Asian cinematographer through the intensive training in the program and working on a variety of projects outside.

Can you give our readers some background on your artwork?
The goal of my work is always focused on how images can portray the inner lives of characters. Filmmakers send messages through images. It’s both complex and simple. You can write 80 pages of essay about it, or you can simply say, okay, how do we photograph this to help the audience feel a certain way? Not just any way, but the way you actually intend. Personally, I’m more drawn by characters that suffer from not being able to let go of their past experiences. Naturally, the films I shoot tend to have a fair dose of depression, anxiety, social detachment, self-recognition and identity crisis… the characters must suffer! It sounds intense, only because it’s real. It’s what we all experience at some point in our lives. We can all understand and relate to suffering. Through photographing these characters, I hope people can find bits of themselves in it, so that they know they are not alone, and that they can find hope in the stories when they can’t in their real life.

What responsibility, if any, do you think artists have to use their art to help alleviate problems faced by others? Has your art been affected by issues you’ve concerned about?
The role of artists has absolutely changed! If people’s conception about an artist used to be more about presenting a beautiful visual form to look at, nowadays it’s more about having a provocative voice in the current environment of local, national or international events and issues. Take myself for instance – I used to be more obsessed with creating a beautiful image for pure aesthetic satisfaction. Nowadays, I’m always seeking my voice in the image, it has to mean something that I strongly connect with. I’m currently in the pre-production of my AFI second year 35mm Visual Essay. The story is based on the countless unidentified dead bodies of border-crossers in the “death desert”. As a new Asian immigrant, I have observed many cases of discrimination. I am deeply concerned and scared of the xenophobic direction of the current administration. It means so much for me to have the opportunities to tell a story of migrants who encounter similar experiences. This project carries a naturalistic visual style, almost like a documentary shot on 35mm film, but with a strong narrative. It’s nothing visually loud and out there, but the visual style rather serves the story and the world the character lives. This project has such personal meaning and substantial emotional goals. I hope it will stir people’s interest in the visual storytelling of immigrant cinematographers like myself.

What’s the best way for someone to check out your work and provide support?
You could see some of my work here:
Reel: https://vimeo.com/338395685
Instagram: https://www.instagram.com/ino.dp/
IMDb: imdb.me/inoyangpopper