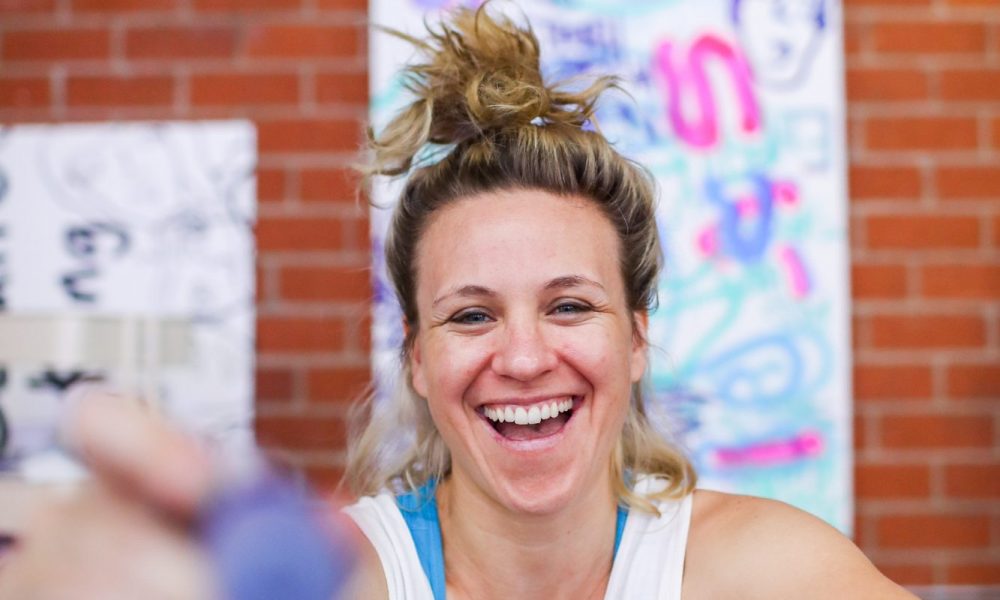 Today we’d like to introduce you to Davia King.

Davia, please kick things off for us by telling us about yourself and your journey so far.
My parents put me in art classes with a woman in our community who taught out of her attic. I went to her class once a week until I was 15 and learned the basics on how to draw. I then took art classes in high school which was mostly figure drawing. I had predeclared my major for college in art but discovered I would not be able to study art because I had a soccer scholarship and the programs were in schedule conflict. I took one watercolor class in college. That is the only painting class I ever had. I then didn’t do any visual art for about eight years while I went and studied other things, I got a business degree and then went on to get a Masters Degree in Spiritual Psychology, I thought I wanted to be a life coach. Instead I life coached myself and became an artist, the thing I originally wanted to do but didn’t because of rational.

I knew statistically the odds were against me to make it as an artist, but I felt like I had tried out all the “plan B’s” and now its time to give the dream a chance! When I began at first people thought it was cute, and “oh wow she is sort of good”. Because they didn’t know I had any training or an eye for it. I think most people who knew me saw me as a soccer player.

I had some initial good luck and sold a few pieces at my first ever public showing. I had another group show a month later and sold a few more. This I took as encouragement from the universe that I was on the right path. I didn’t think I would be a professional artist, I was doing it as a cathartic release for my own soul because it felt like it was helping me get through a break up to use painting as a way to move through my emotions… Meanwhile, I was finishing up my master’s degree. The skills I learned in that program I have attempted to apply to myself and push through my own fears and limiting beliefs. I am using myself as a test subject on what I learned in school about healing oneself and manifesting a life I most desire to experience. I have been attempting to do this ever since, and so far I have learned a lot! Art has been a huge tool to look deeper into my own psyche. I have attempted to have as much courage as I can, to be as vulnerable as I can in my experience and process as both a creative and a spiritual being having a human experience.

Can you give our readers some background on your art?
My intention is to be of service to the evolution of mankind, that we may become a more conscious and loving species. Most of my art is focused on that and conceptually driven with a colorful background and linework in the shape of faces on top. The style of the faces is done in a blind contour manner where I draw each person without looking at what I am drawing, just looking at the model. This is done intentionally to create a connection with each soul that steps forward. In the end, all these faces overlap and connect. Both the creation process and overall message is one of connection. I really like to play with the element of dimension. As a commentary on where we reside in our consciousness and how each of us is existing in our own little paradigm of reality. I also enjoy the concept of the microcosm within the macrocosm and repeating patterns that exist in nature. These themes or a combination of them are explored in my work.

We live in interesting and divisive times, my art is also a counter statement to that, that regardless of race, color, religion and even gender we are part of the whole and worthy. We are all connected no matter the differences, and it is a choice to focus on our connection rather than what is different about us.

In your view, what is the biggest issue artists have to deal with?
Belief that is is possible to support yourself as a creative with your own original expression and honoring one’s own voice rather than the market’s demand.

What’s the best way for someone to check out your work and provide support?
Instagram is mostly where I share what is happening. There are a number of murals in the Los Angeles area and ongoing installations. 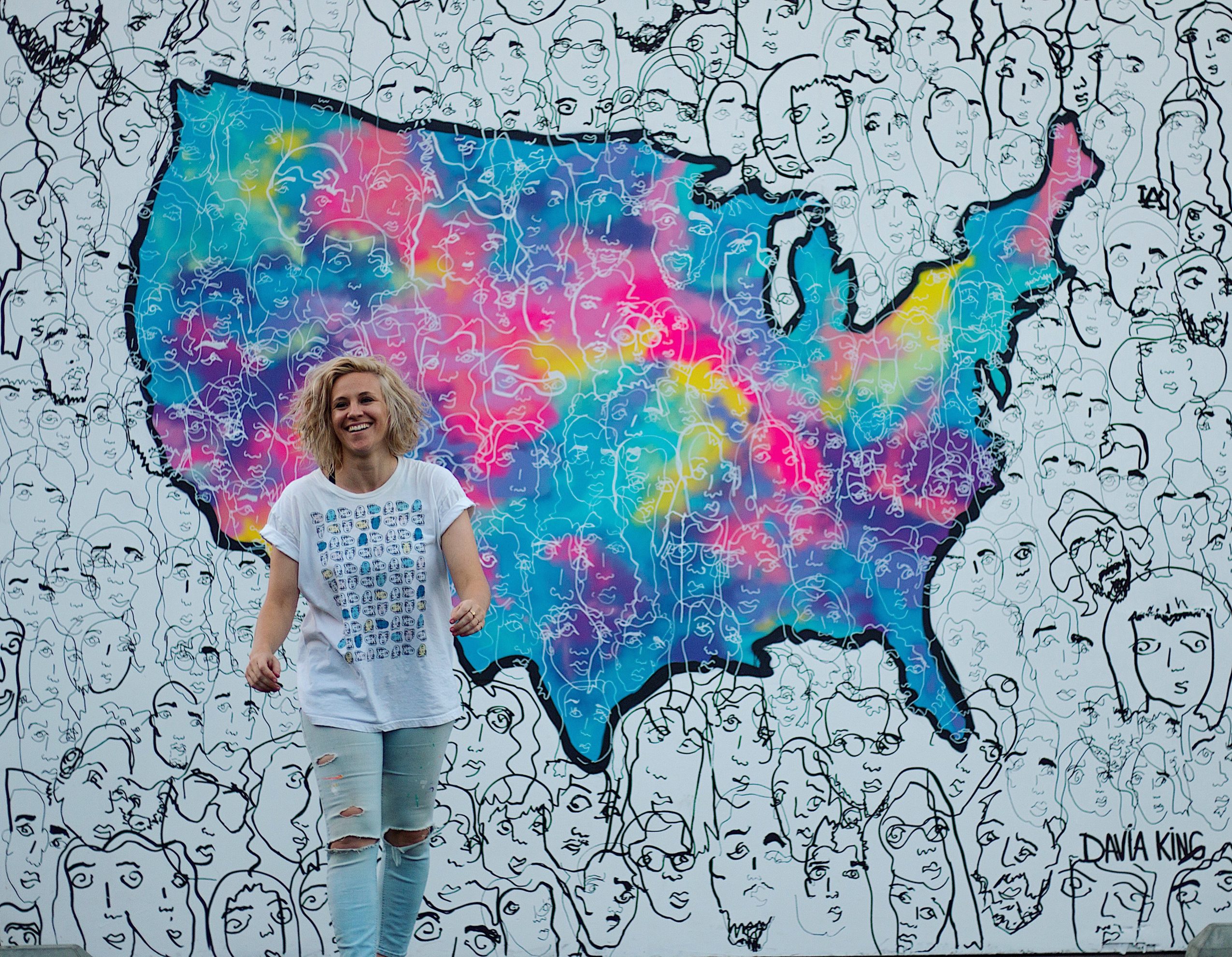 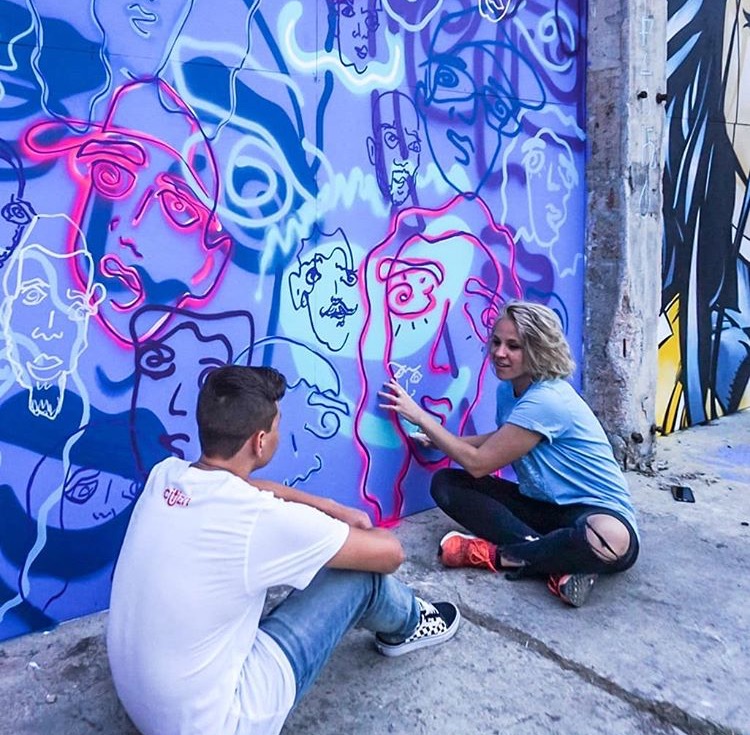 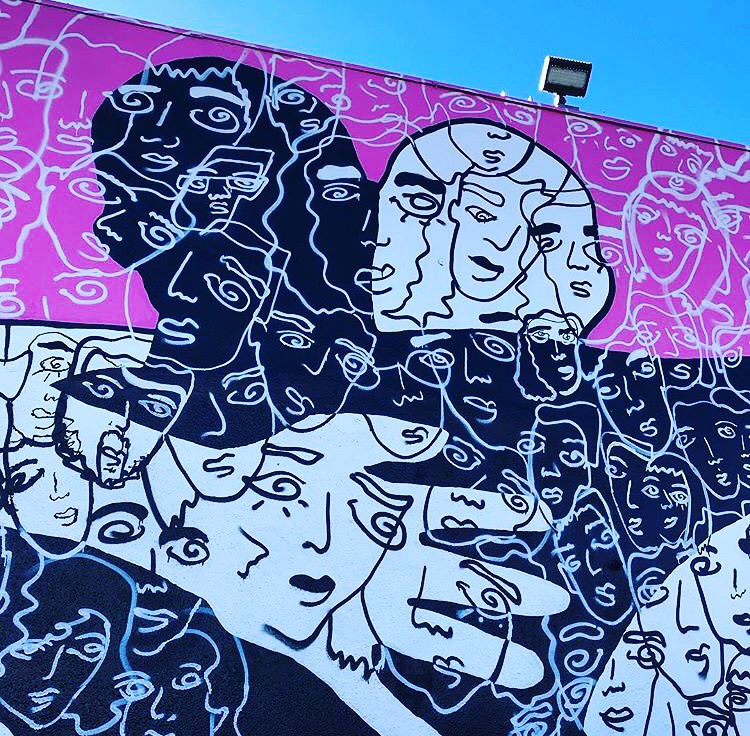 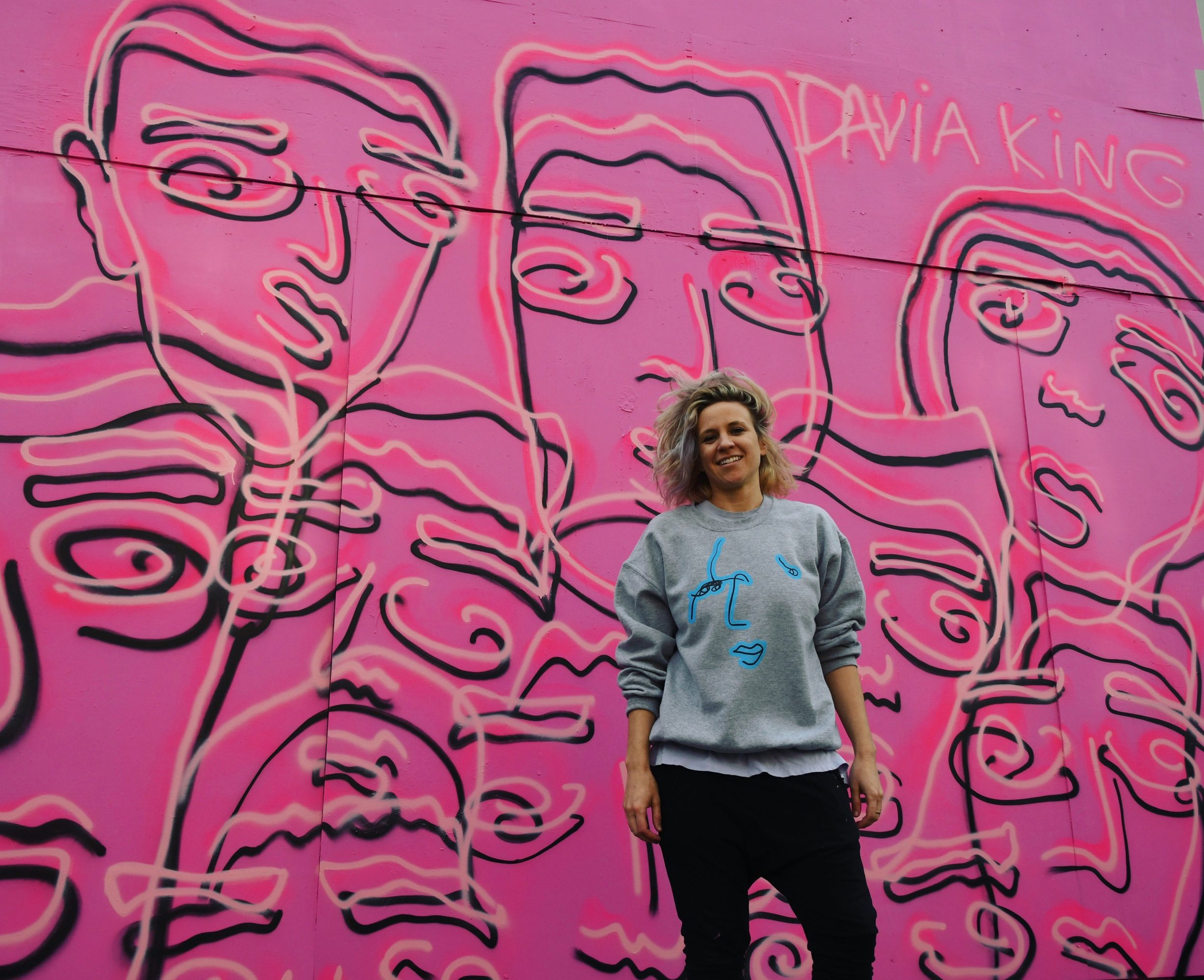 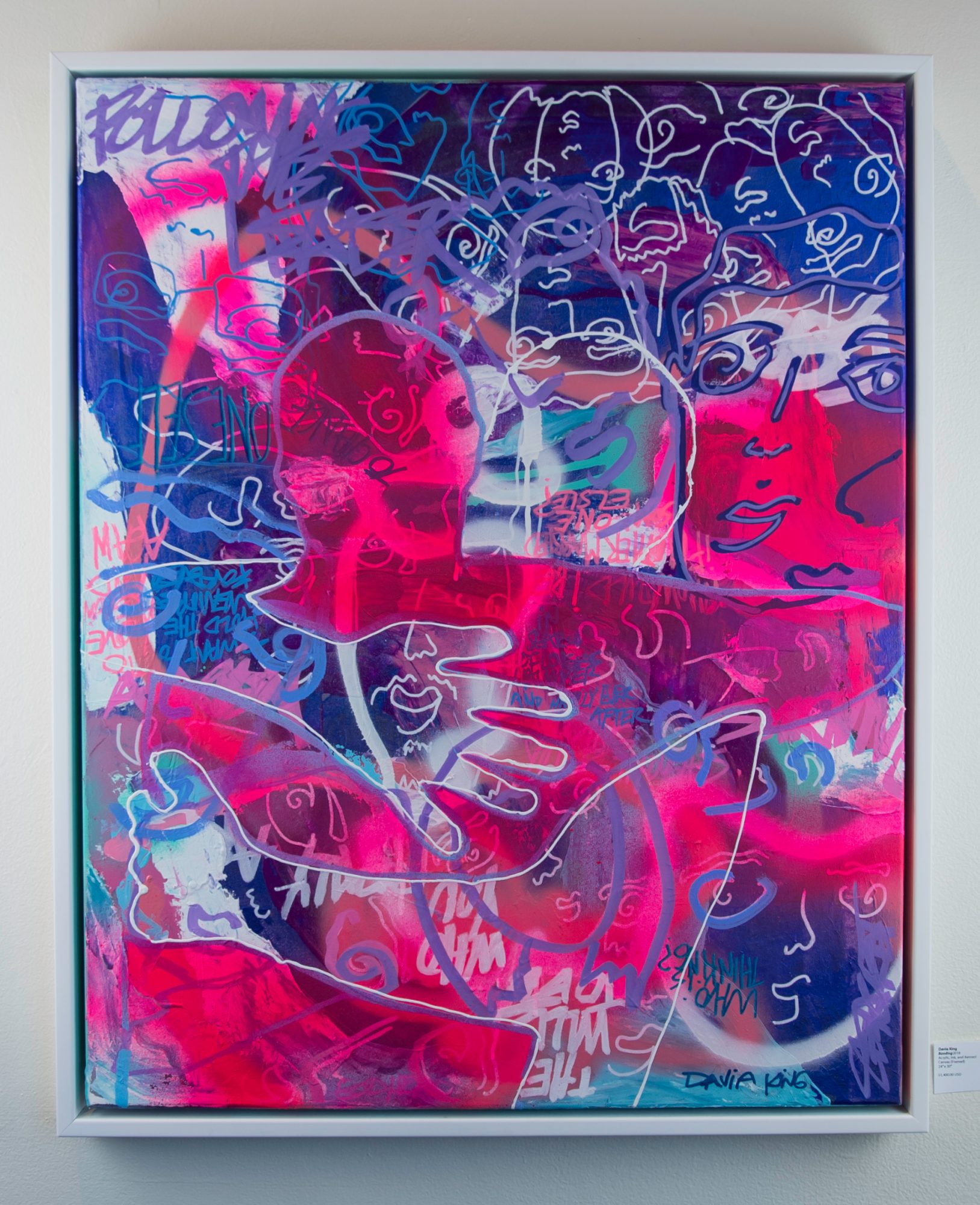 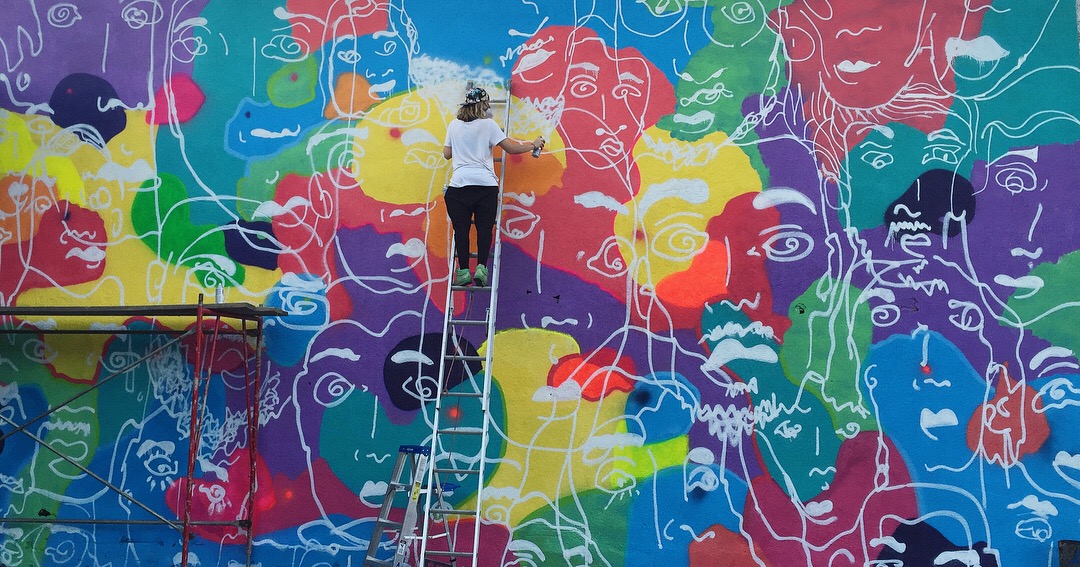 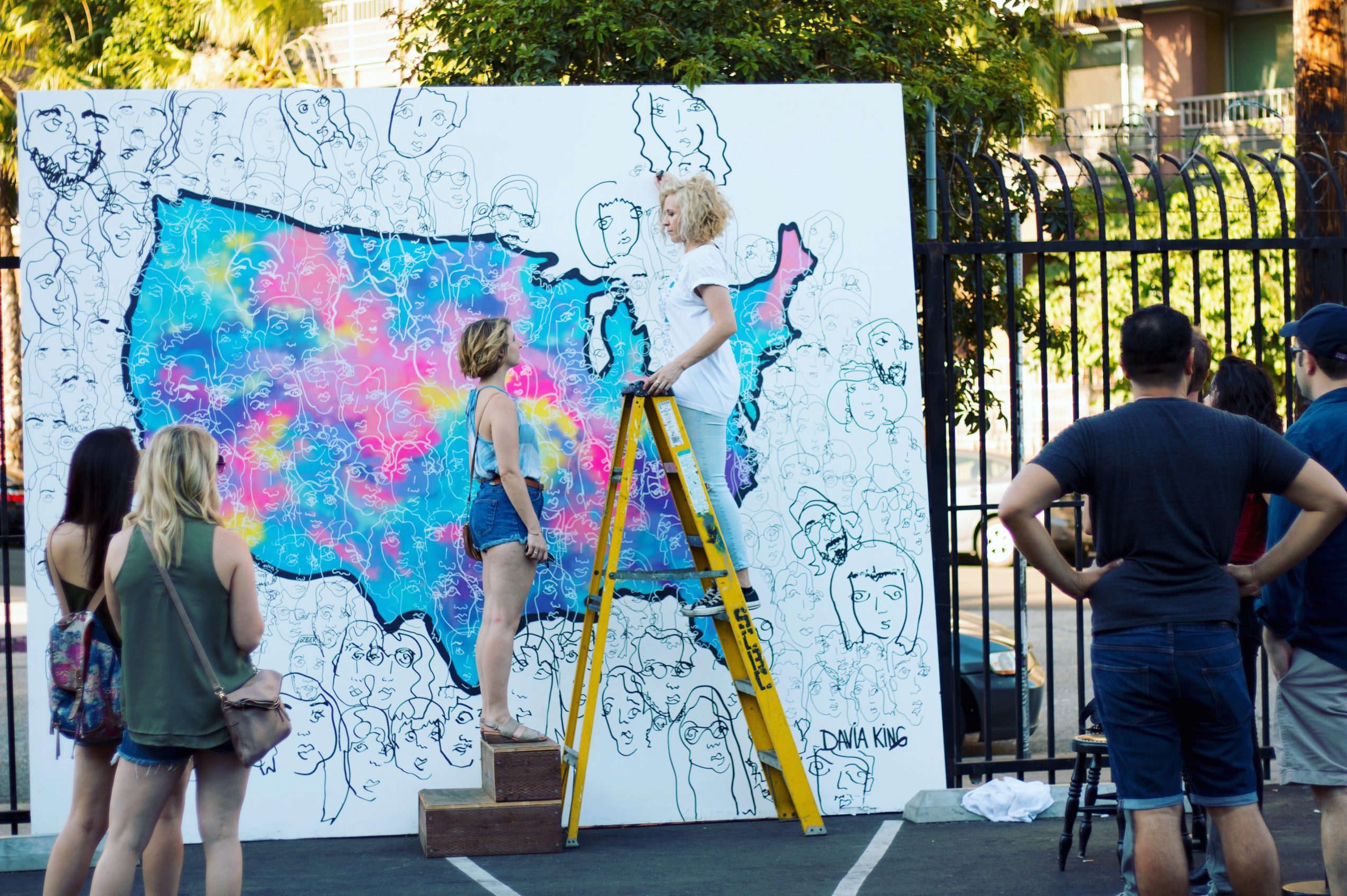 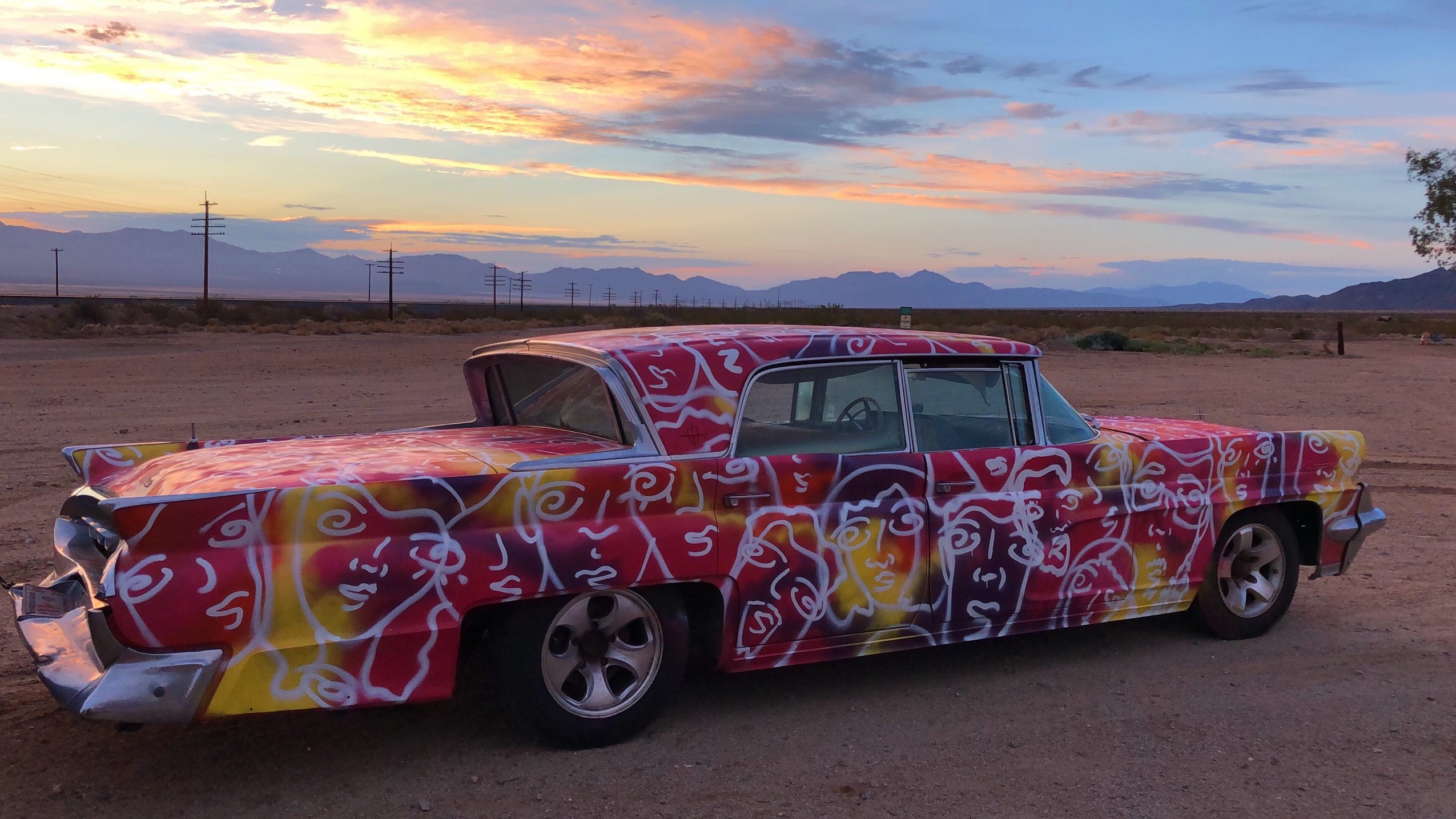 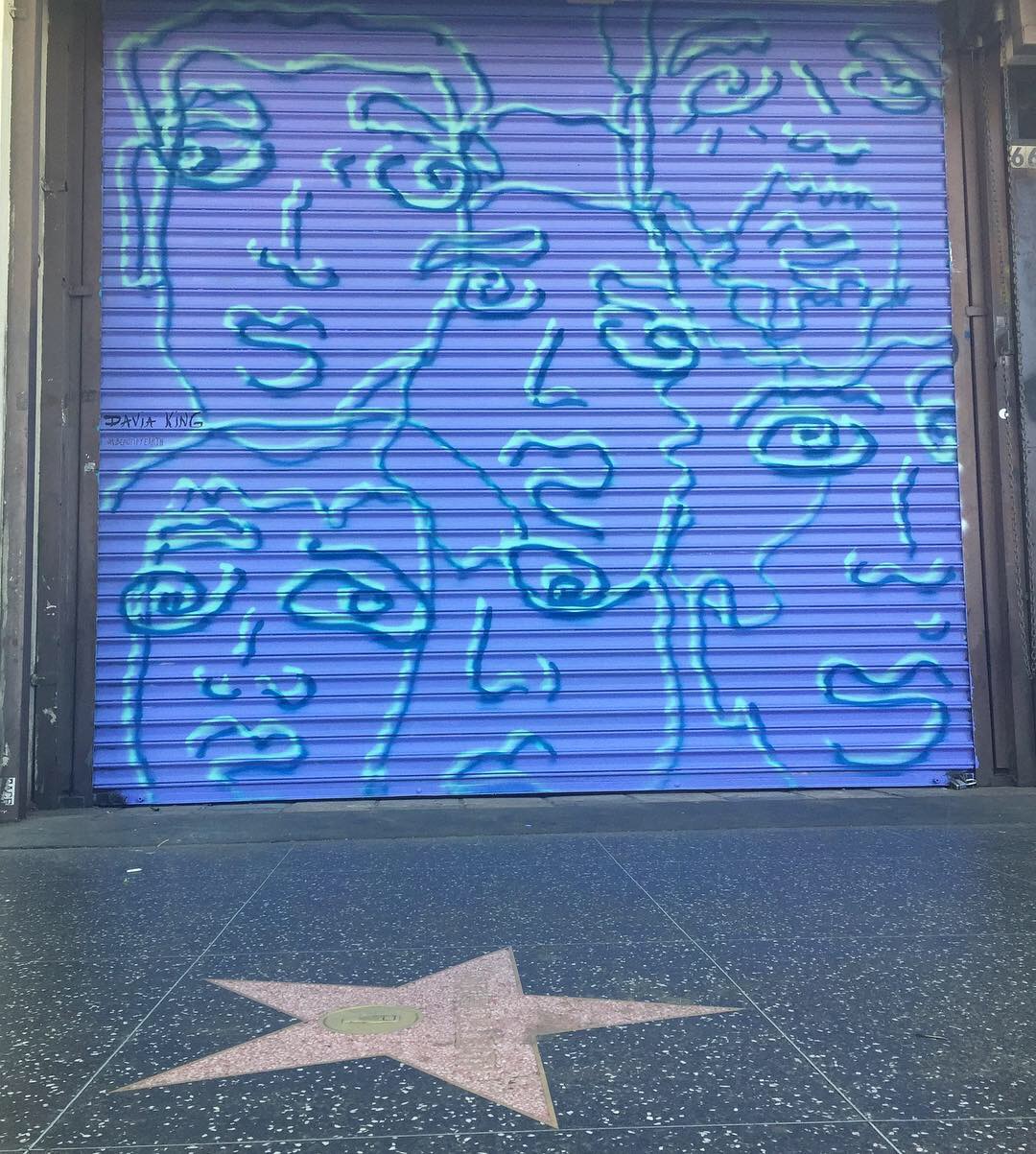 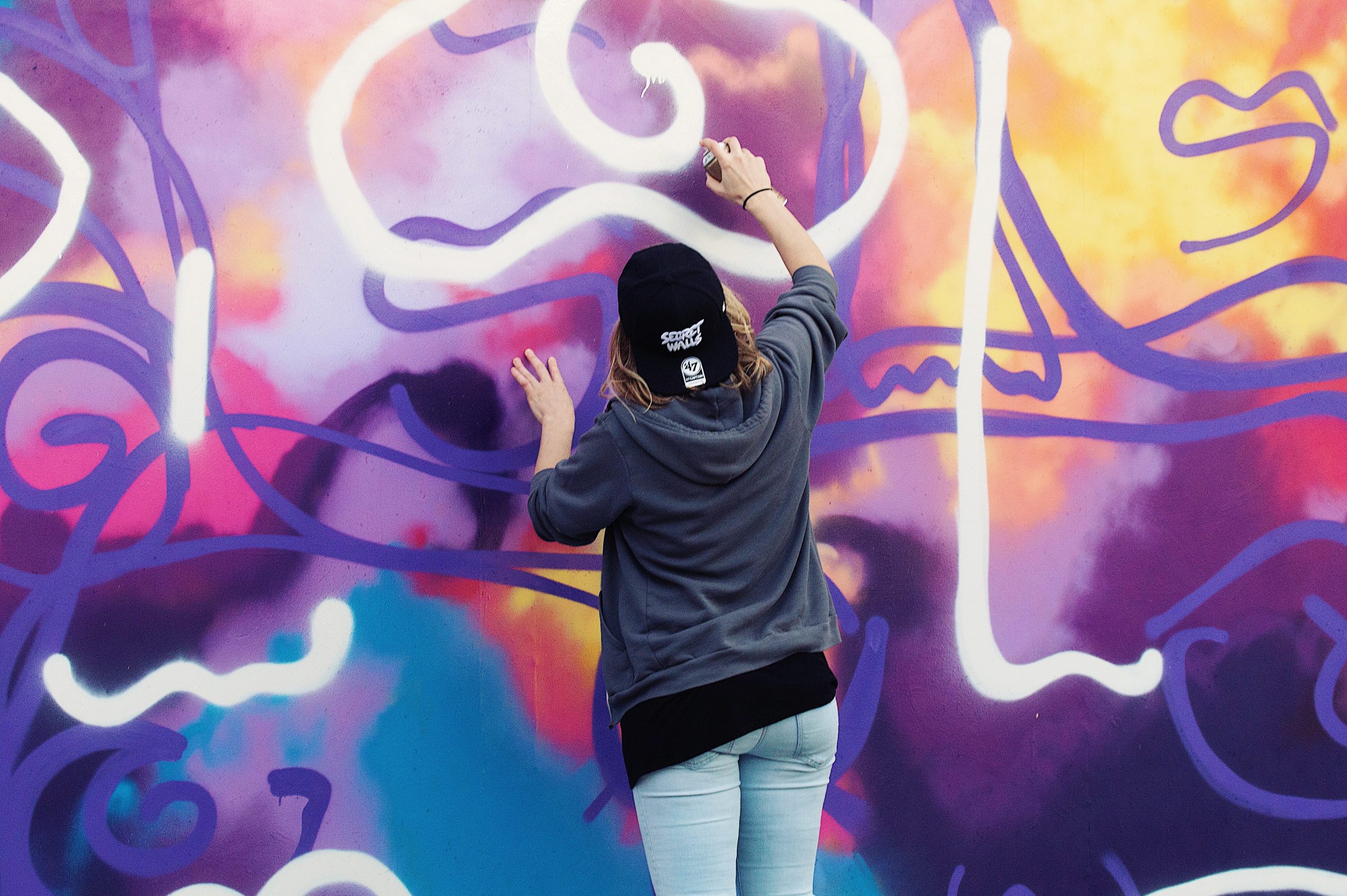 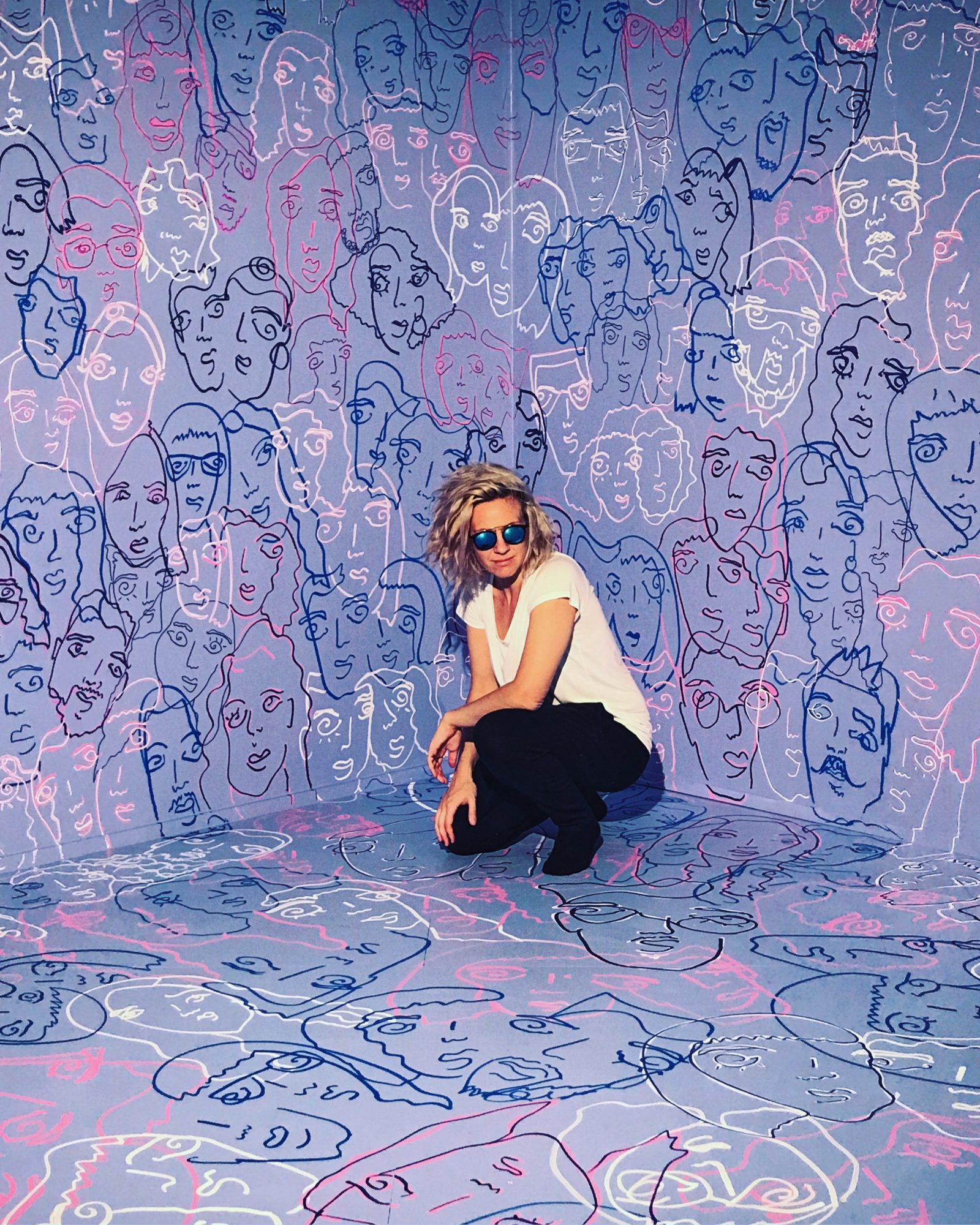