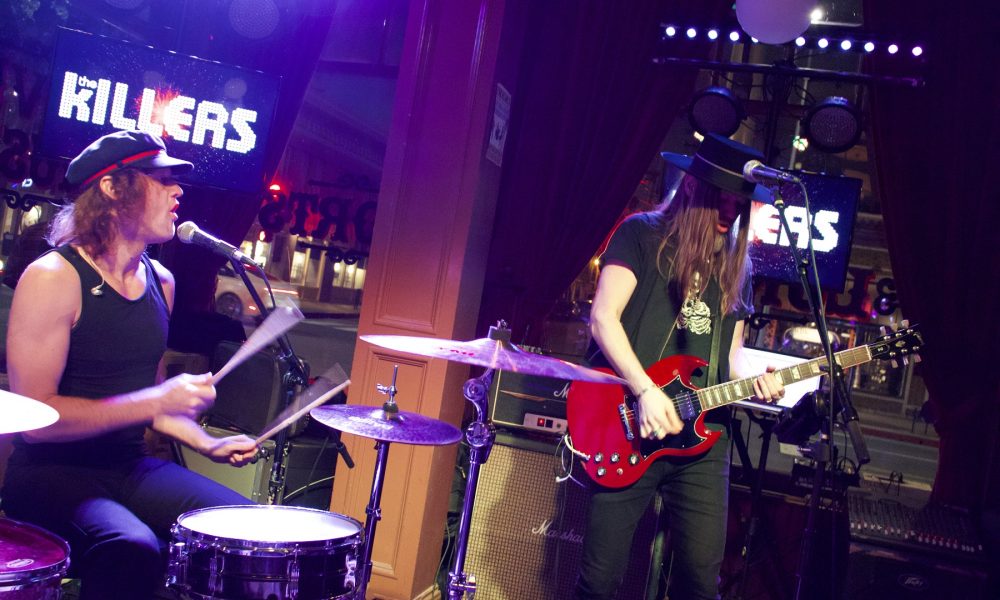 Today we’d like to introduce you to Chris Price andMatt Oloffson.

Chris and Matt, please kick things off for us by telling us about yourself and your journey so far.
CHRIS (guitar/lead vocals): My story is one of a first generation musician, moving to Hollywood, basically taking every job available to a performing artist while living through the industry’s transition into the digital age.

Believe it or not, I caught the performance bug figure skating as a kid in my hometown of Cleveland, Ohio. Being in front of an audience was something I instantly enjoyed and the first time I heard Metallica’s “Master of Puppets” I knew I wanted to be a rockstar. That was it, I bought my first guitar and taught myself to play at 15.

I went on to Capital University’s Conservatory of Music in Columbus, Ohio earning a degree in Jazz Studies. My first post-college gig was with an “Ohio famous” hip hop band, performing for college crowds and opening for Kanye West, OAR, and more. While I had developed an appreciation and proficiency in jazz, it was clear to me, I needed to pursue rock/pop music and made it my mission to get to Los Angeles. Knowing it wasn’t going to be easy and with my professors trying to caution me against the move, I hopped on board a cruise ship, as the show band guitarist, to save money for the big jump to Hollywood.

In 2005, I drove cross country and started my career with an original rock band, The Automatic Music Explosion. During this project, I got my first taste of success and found my bearings in Los Angeles. We recorded our debut album (that unfortunately never actually debuted) with mega-hit producer Mike Chapman (Blondie, Pat Benatar, The Sweet, The Knack), performed with local legends at Los Angeles’ classic venues (Whiskey a Go Go, Viper Room, The Roxy, Key Club, Spaceland, The Echo) and met with major label record executives for the first time.

After the demise of The AME, Matt Starr, our lead singer, and I did a 180. We developed, Nawgahyde, a 70s classic rock cover band, for a residency in Las Vegas. We created a full-on dirtbag fantasy land with a built-in chicken coup, an outhouse, and outrageous monthly events, including our signature Miss Nawgahyde competition. Our mustachioed mugs even made it to Vegas billboards and we were voted “Best Local Live Entertainment” by Vegas Rocks! Magazine in 2010.

I then went on to work as a hired gun, hitting the road with Laura Wilde supporting Ted Nugent/Fuel in the US, opening for Reckless Love in the UK, and a tour on bass with 8mm, a band formed by producer Sean Beaven (NIN, Marilyn Manson). All musicians dream of doing big tours with famous bands, but it’s funny, once you’re on the road it’s nothing like you read in the rock mags. Touring with someone like “The Nuge”, with nearly half a century of performing under his belt, you really see the dedication it takes from every member of the production staff to put on a successful tour. Grueling drives, early morning call times, 24/7 crammed on a bus with your bandmates are all part of keeping the tour running smoothly. But, even with the constant reality checks and unexpected fires to put out, touring has its epic, classic, rock n roll party atmosphere moments that make it all worth it.

In each chapter, I’ve tried to absorb it all and do something new to become a more well-rounded musician. When the time came to start my own band, I found out, through a lot of trial and error, to be a successful bandleader, you must be a jack of all trades. Not only do you have to master your own instrument, but you need to be knowledgable in sound engineering, light programming, song selection, set flow, costuming and that doesn’t even address the business end of it. When you take the driver’s seat, you suddenly find that accounting, management, and perfecting your sales pitch are also major parts of making it as a working musician. But like touring, it’s all worth it once you see your vision come to life.

In 2013, I quit everything and put 100% of my time into leading my own band, The Black Stripes. I called up Matt Oloffson with the concept, 90s/00s indie alternative rock cover band, and we’ve been rocking together now for five years.

MATT (drums/lead vocals): My journey goes back to my childhood. I’d watch my Dad play wipeout on his drum kit in our basement in Herscher, Illinois. It inspired me to want to play wipeout which led to forming my own rock bands throughout high school. I went on to study music at Western Illinois University and moved out West in 2004. I immediately landed a European tour with The Bell Rays, after sitting in with them at Harvelle’s jam night. They encouraged me to play like a mad man as we traveled Europe, so I did!

Not so long after, I had the ambition to do more than just play drums. I felt a yearning inside me to pursue singing and songwriting. I began writing material and focusing on “performing” if you will, the drums though, have always been my bread and butter. I eventually released a solo record under the name No Darling. I would describe it as a vaudeville shoegaze experience that leads you straight down the rabbit hole of sonic rock creativity.

As most working musicians in Los Angeles, I’ve played basically every type of gig, from drum circles to weddings as well as working in the studio and performing around the world. I’ve recorded with Daniel Lanois, Tony Levin, Dave Jerden and toured the US/Europe with Hollywood Undead. But I think what makes my journey different is the combination of singing, drumming and performing aspects intertwined all together.

Fast forward to 2013, I got a call from my boy Chris Price asking me to start a killer two-man rock cover band. I had played with him years back in a Guns n’ Roses tribute band and we’ve been going strong now for five years, never a dull moment! The Black Stripes are always in full force, playing two and a half hour sets, entertaining the masses. The future is bright and we’re barely starting!

Can you give our readers some background on your art?
CHRIS: When creating The Black Stripes, my goal was to form a rock show that could compete in today’s entertainment market. With the digital revolution in full swing, there are unlimited entertainment options for people out there and it’s become tougher than ever to make a living as full-time, performing musician. With that in mind, through the use of modern technology, we’ve been able to create a mobile rock show with fully programmed lighting, visuals, and sound that can be booked at a price point that bars, clubs and private clients can afford but that still allows us to be profitable.

We aspire to inspire people to forget about life for a moment and lose themselves in the spirit of rock n roll for a night!

MATT: My art is simply music. I play drums, sing, write songs and attempt the other art of intertwining it all together! I hope it brings people joy and a sense of deeper meaning of life beneath the surface of it all. At the end of the day, I’m a professional smile seller for a living.

My message and inspiration is all about joy and creativity. It’s about being in the moment and hopefully a higher level of vibration. Music is not a job. It’s a calling.

Do you think conditions are generally improving for artists? What more can cities and communities do to improve conditions for artists?
CHRIS; “Meet the new boss, same as the old boss” -The Who

Being an artist has and always will be a tough career choice, but luckily art is always in demand. How you get paid for it changes over time, but as long as people want it, there will be some way to get money for it. Whether it’s a medici patron supporting you or you have a successful youtube account, there will always be ever-evolving ways for artists to get paid for their work.

It’s become more difficult today because the traditional system doesn’t exist anymore. You can’t just make great music, sign a record deal and off you go. Not that it was any guarantee of success, but at least there was a clear path. Now that music is generally free, there are so many alternatives to navigate to find your way of making a living. It seems like every new band that has emerged in the last decade has pioneered a new method to sell their art.

Encourage people to get out and have fun! Have a drink, dance to some live music, and connect with other humans like people did back in the old fashioned days.

MATT: Artists today…hmmm…it’s better and it’s awful. The hype of the 80s is over which means more level-headed living. The 90s were way to serious. I think if I could go back to a period of time I’d go…absolutely nowhere!

I’m going to say everyone has their own journey. For myself, it’s become easier. That’s just because my purpose has been aligned with my destination. The things that make it harder are that so much in the entertainment world is free and easy. You think of one thought and it’s just a click away. We need to get back to listening to music. If you watch a music video, which is basically every new release today, you can cheapen the value of the song, but we’ve grown accustomed to it. If you hear the music first, the listener is allowed to make his or her own interpretation of it. This all relates to the instant gratification factor our society suffers from right now. I get great satisfaction when going out to actually spend my own money buying vinyl. It’s a beautiful thing.

What’s the best way for someone to check out your work and provide support?
We perform every weekend in Downtown Los Angeles, Santa Monica, Venice Beach, Ventura, Marina Del Rey, and Orange County. We also take our show on the road to festivals, San Francisco, San Jose, and Bakersfield.

Come out and see us live! You can find The Black Stripes schedule on our Instagram/facebook @theblackstripesrock 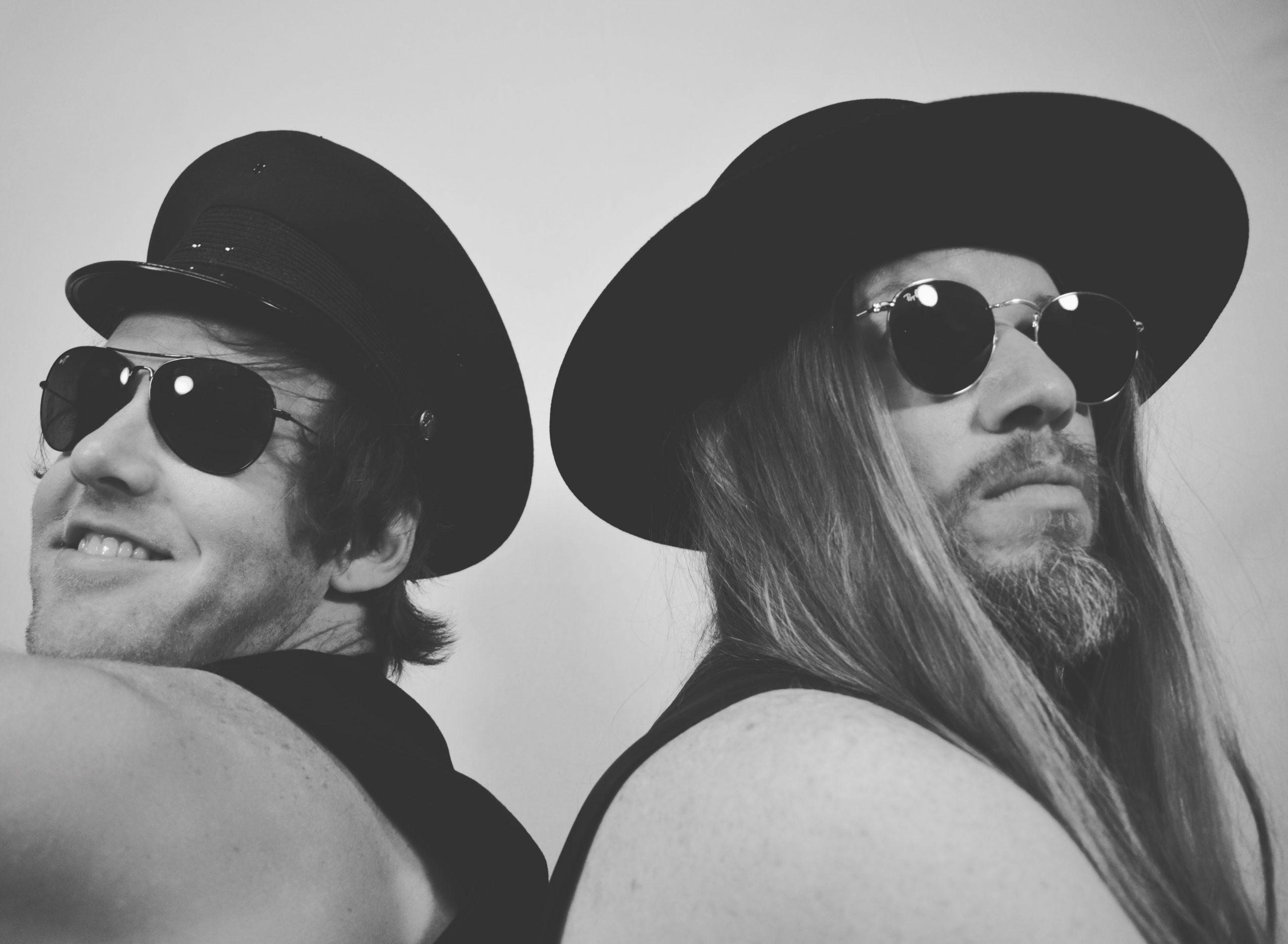 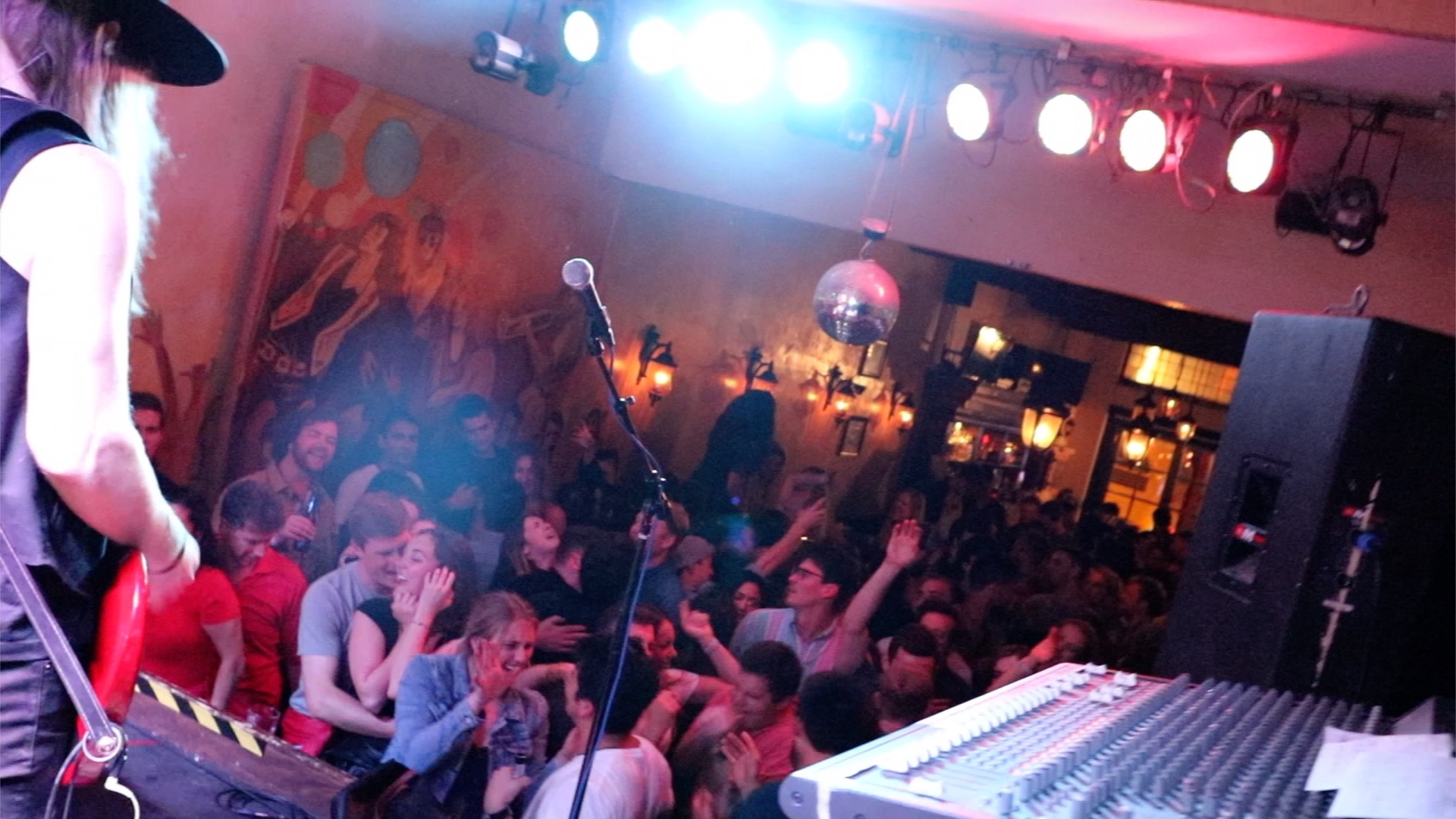 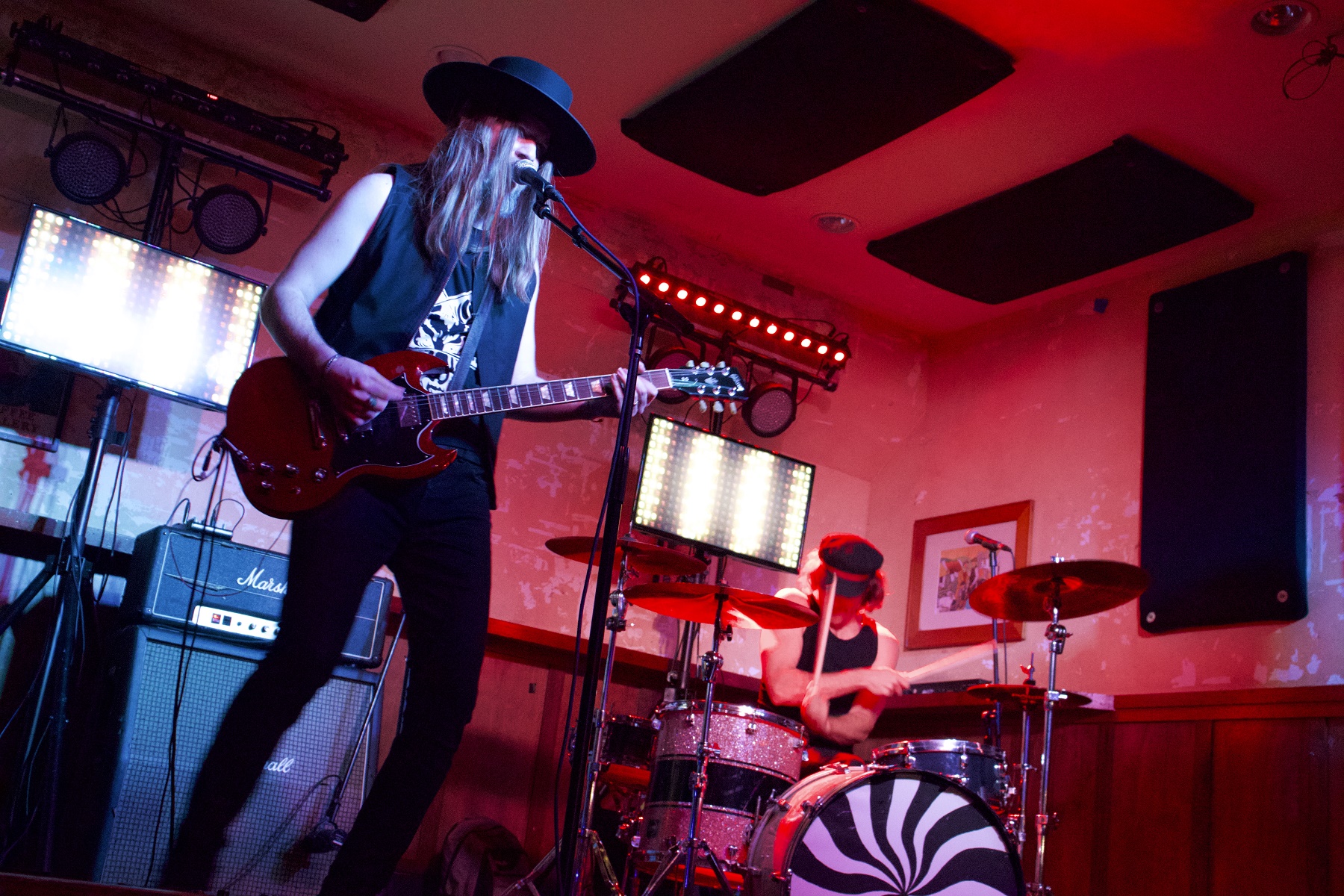 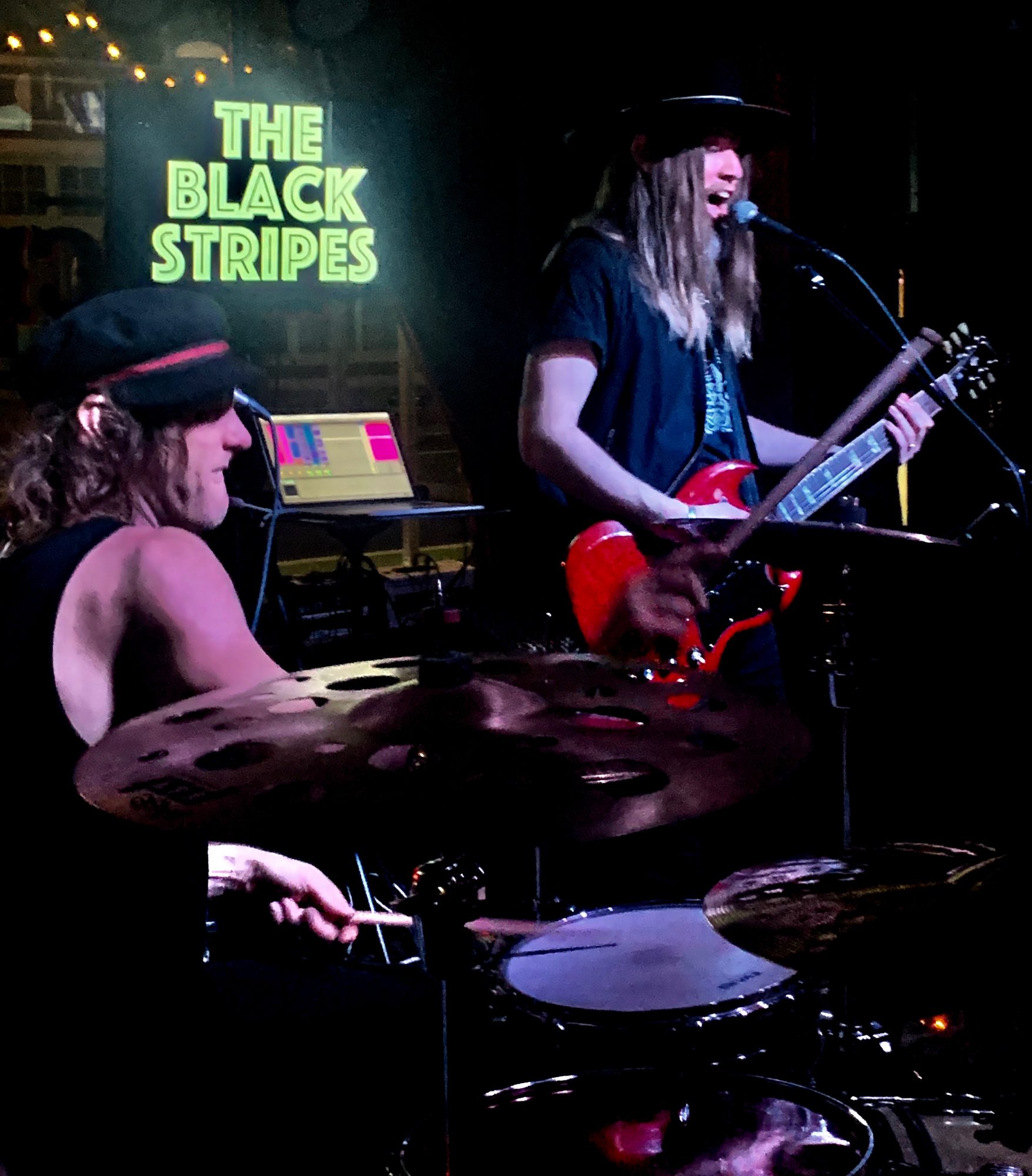 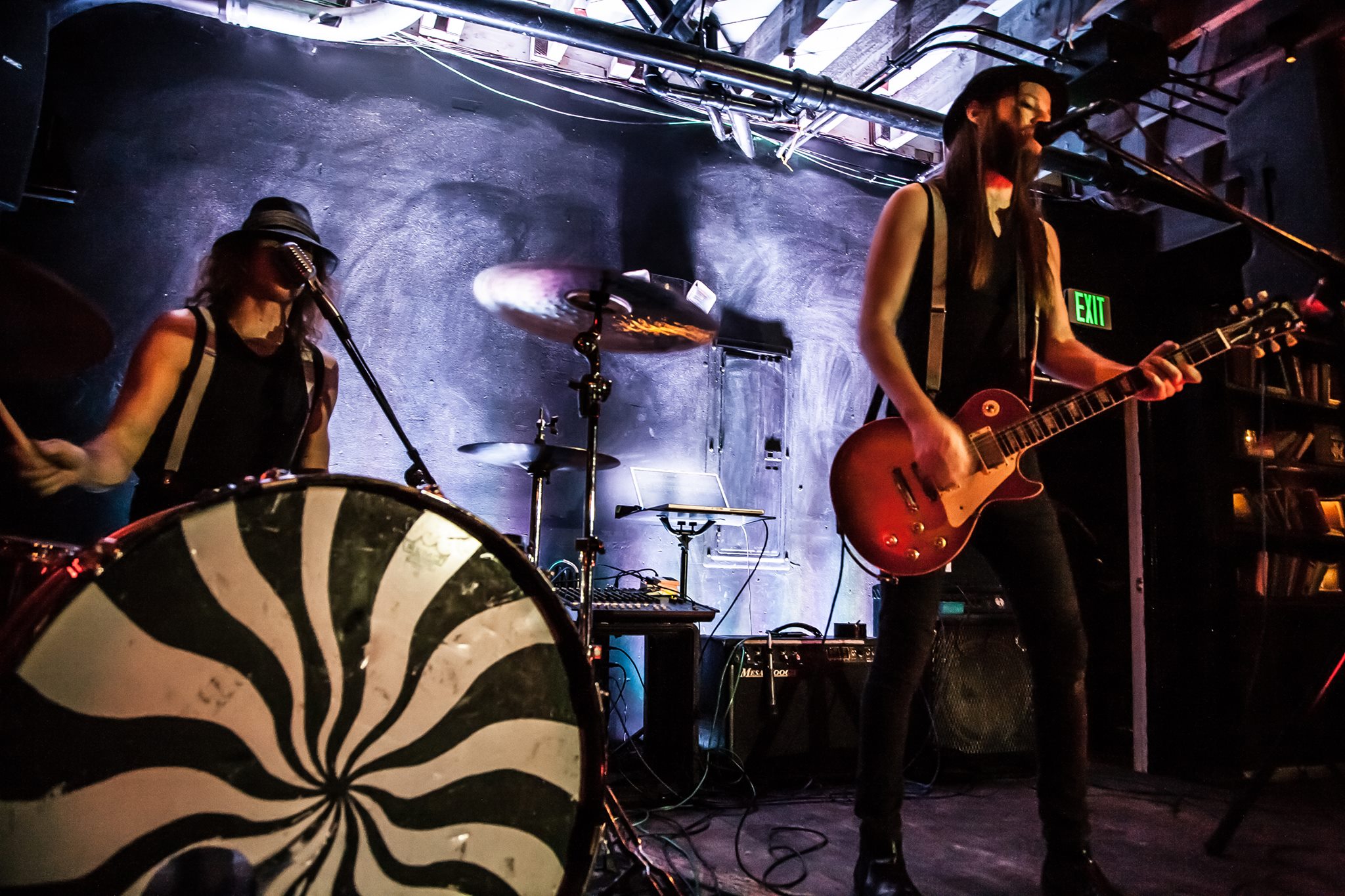 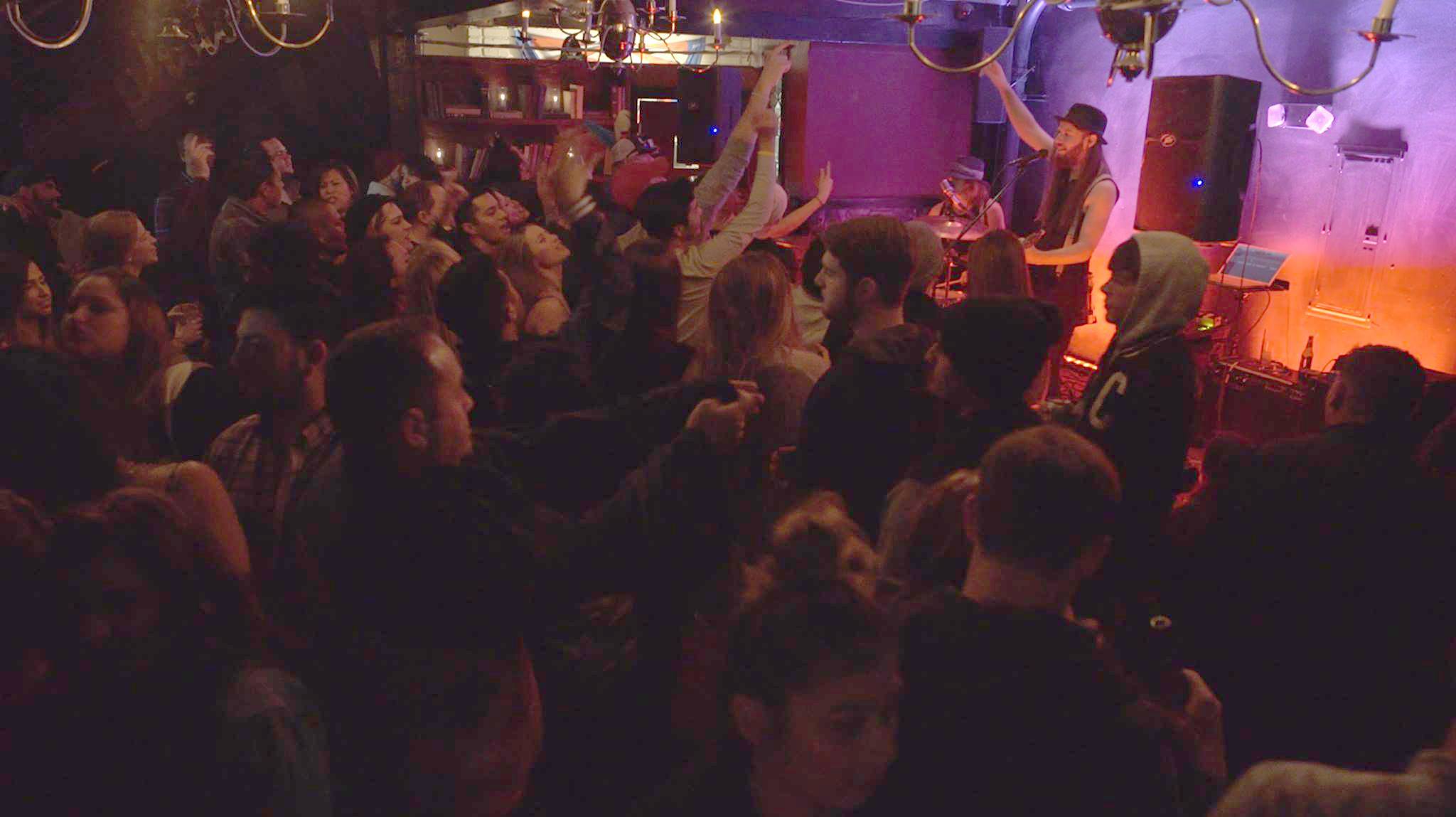 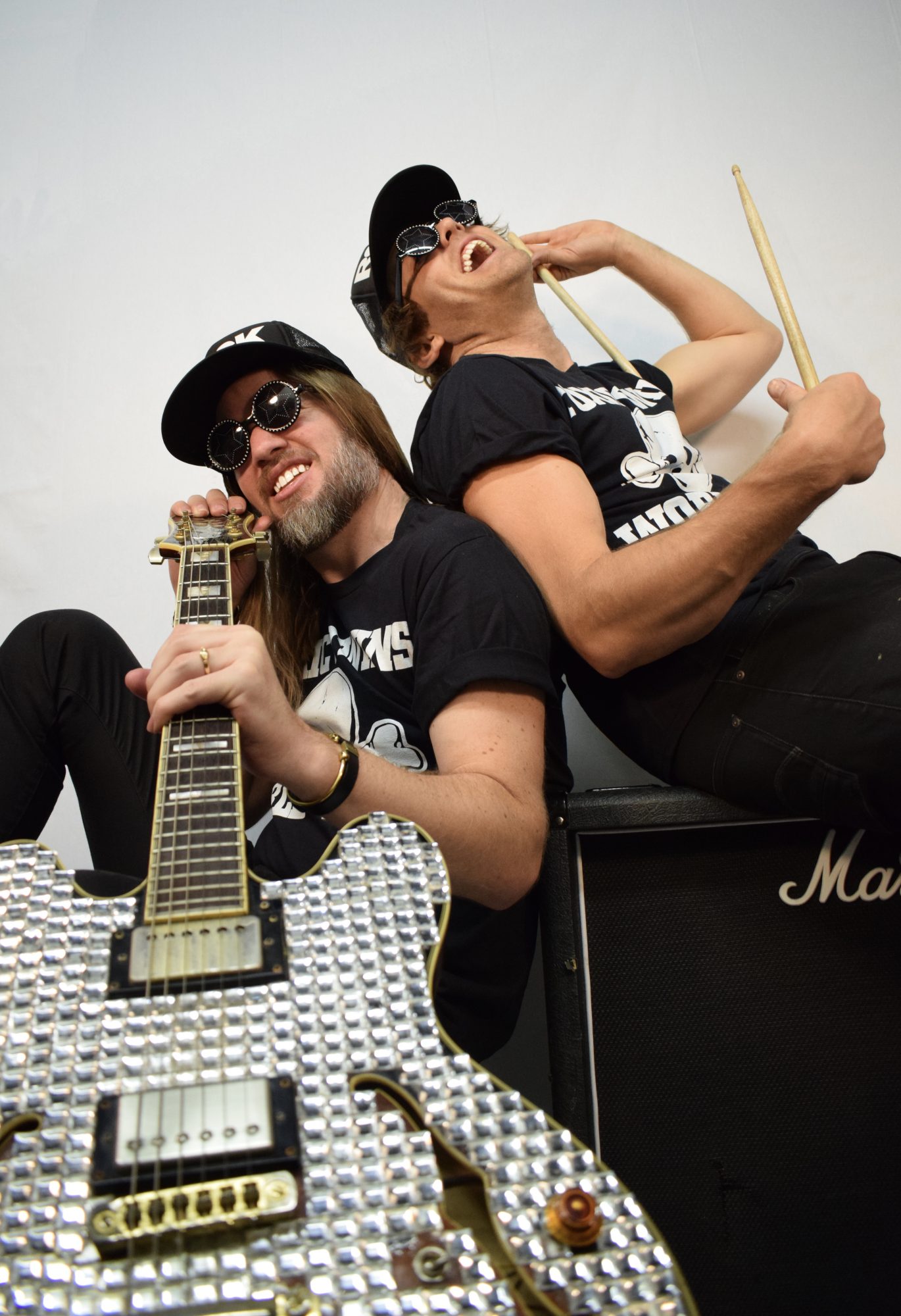