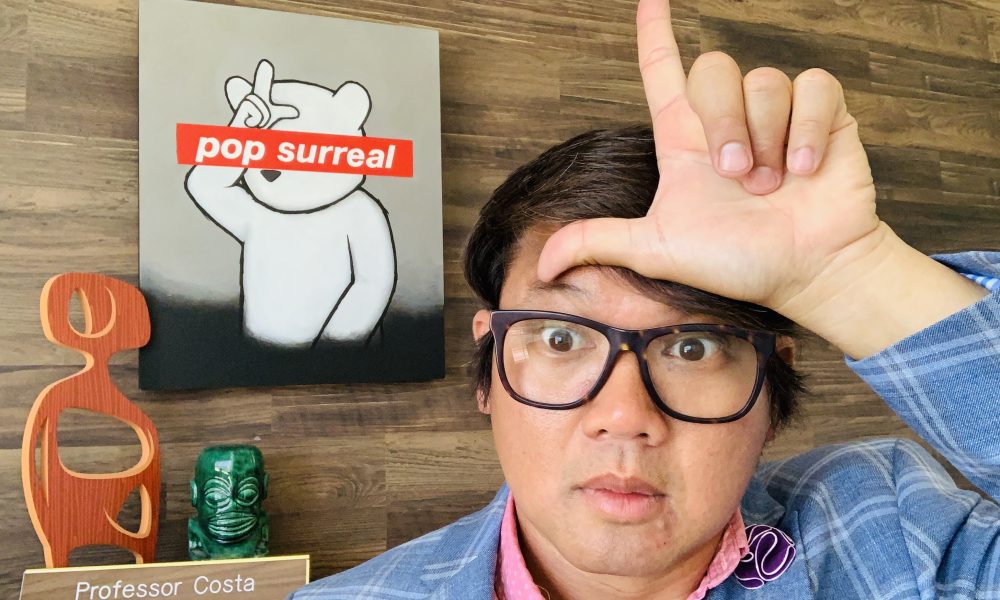 Today we’d like to introduce you to Fritz Costa.

Thanks for sharing your story with us Fritz. So, let’s start at the beginning and we can move on from there.
I moved to the US from the Philippines in 1986 when I was 14 years old. I went to high school at the peak of New Wave, puffy hair and neon clothes. I was such a fish out of water in a new school and new country. I submerged myself into American culture by watching a lot of MTV and reruns of old Brady Bunch on Nick at Night. I eventually got everyone’s jokes and fit in. I went to college at the height of Grunge. How cool was that. What was not cool is that it took me eight years to get a four years degree in Biology. I was floundering and trying to figure out what I wanted to do, which is typical for my generation; Gen-X. I did eventually straighten my act.

I worked for a couple of years, then I decided to get a graduate degree in Biochemistry at the University of Southern California. I know you’re wondering, “Isn’t it hard to get into USC? How did the floundering student with a C average get in?” No, my mom didn’t make $500,000 donation and no I wasn’t on the row team. I was accepted on academic probation. Provided that I was in the top 10% of my class for one year, then I was allowed to continue to the next year. To make a food analogy, no one decides to go to Denny’s at 4:00 am; you end up at Denny’s because it’s the only place open. What I tell my former students was, no one should start their academic career in academic probation; you normally end up in academic probation, but here we are. I changed my study habits and again, eventually I survived.

However, because I had the bad case of “senioritis” which is defined as a student who never wants to leave school and wants to remain a perpetual senior, I decided to stay in academia and teach college-level Anatomy and Molecular Biology. I taught for six years; life was good, then the Great Recession of 2008 hit. My hours were cut back drastically, so I had to switch to industry. I currently work for a large biotech company managing “first in man” clinical trials on potential cancer drugs.

In between academia and industry, I went into a deep depression because I had to start at the bottom all over again. My wife told me to do something fun to get my mind off the unsuccessful job hunting, so I decided to start a blog (www.LowbrowLiterati.com), then eventually became a book about the Lowbrow / Pop Surreal art movement that started here in Los Angeles.

Great, so let’s dig a little deeper into the story – has it been an easy path overall and if not, what were the challenges you’ve had to overcome?
No, it has not. When you’ve dedicated 15 years of schooling to become this one thing – in my case it was to be a college professor, then suddenly realize that it is no longer a viable option, you feel like you’ve wasted your life. When I was applying for all these pharmaceutical jobs for a year, and no one wanted to interview me, you begin to feel obsolete. Luckily, I had a supportive wife and a passion for art that kept me occupied.

One of the biggest hurdles of starting the blog/book was finding artists to interview. I had my wish list of artists that I wanted to interview, but no one wanted to talk to me, and I don’t blame them. Who is this no-name guy from this no-name blog with five readers? But I didn’t give up and eventually, the artist Tim Biskup gave me a chance. With Tim Biskup’s endorsement, other artists decided to say yes to the interview. I eventually interviewed five artists: Josh Agle (Shag), Tim Biskup, Miles Thompson, Derek Yaniger and Brandi Milne.

After eight years of interviewing, transcribing notes, and writing I finally finished my book, “The Lives of Lowbrow Artists: Vol 1”. The next hurdle was, how do I get this published? I had to teach myself how to file for a copyright, how to obtain an ISBN and barcode, and how to pitch to publishing houses. I’m writing the book and learning all of this while I’m working a full-time job in industry, and a dad of 2 children, so I have to write the book during my lunch hour or the weekends. It wasn’t easy. Again, I didn’t give up.

The problem of finding a publisher is no one saw my vision and the importance of writing this book. Most publishers rejected me based on economics, which is fair. The market for this book is not big and they don’t want a warehouse full of unsold books, but it’s bigger than that.

Lowbrow art was started in Los Angles by another Angelino, Robert Williams. He coined the word “lowbrow” on a lark. He was an underground comic book artist that asked himself, why is stuff I’m drawing at work not considered highbrow art? What if I take the cartoon image and transfer it to canvas? He didn’t think the name would stick or the movement would go anywhere, but it did. Thirty years later, Williams’ work was in the Whitney biennial in 2010 and now part of their permanent collection. He inspired a generation of artists and it has evolved. Now former illustrators and animators have transitioned from celluloid to canvas. Williams started Juxtapoz magazine, the official journal for this band of artists. Juxtapoz has now surpassed the sales of Art Forum, which means underground art is now the mainstream art, yet no one has written a history book about it?

I was in negotiations with a small publisher for a year, but the deal didn’t go through, so I eventually had to self-publish the book. It was #1 in New Releases and #2 Bestseller under the Modern Art category in Amazon for the month of July.

Alright – so let’s talk business. Tell us about Lowbrow Literati – what should we know?
My company is Lowbrow Literati Press and my book is the first book to document the lives, history and influence of Lowbrow / Pop Surreal artists. Although there are several survey books about the movement and even several documentaries. However, what is lacking is a book that elucidates what common beliefs these artists adhere to or asks what they trying to achieve with their work. Currently, I do not think anyone has the answer these questions, nor has there been sufficient scholarly critical writing within the Lowbrow / Pop Surreal community.

My book is akin to what Giorgio Vasari did for the Renaissance. Everything we know about Leonardo Da Vinci, Michelangelo and Raphael is due to Vasari’s work. I’m not trying to attempt to define the movement or identify its elements. I’ll let the artists speak for themselves and I’ll let future Art Historians write their dissertations on it. Hopefully, they’ll use my book as their source document.

Is there a characteristic or quality that you feel is essential to success?
Most people might say that you must have a ton of inherent talent or be highly intelligent, but I disagree. I have minimal writing skills and a classic “C” student. However, due to my consistent failures and disappointments, I have become immune to failure. I’m no longer scared of it and learned how to embrace it as part of life.

When I taught college Anatomy, there were 300 people in my class. Every single one had hopes and dreams of become a doctor or nurse. Over the six years, about 3000 students have gone through my hands. I’ve kept in touch with some of them and the surprising thing is that it’s not the “A” students that became nurses or doctors; it was the “C” students. If you’re a straight A student your entire academic career, you’re always on top and rarely experienced failure. The C student was constantly exposed to failure and eventually became immune to it. I guess what I’m trying to say is don’t be risk-averse. Embrace it.

When you read the book, you’ll realize that although these artists are successful and sell paintings for $100,000 they had to fail a lot and they learned from their failure. They took risks with their art and they weren’t afraid to invest on themselves. Even if you’re not interested in art, it’s still a good read. 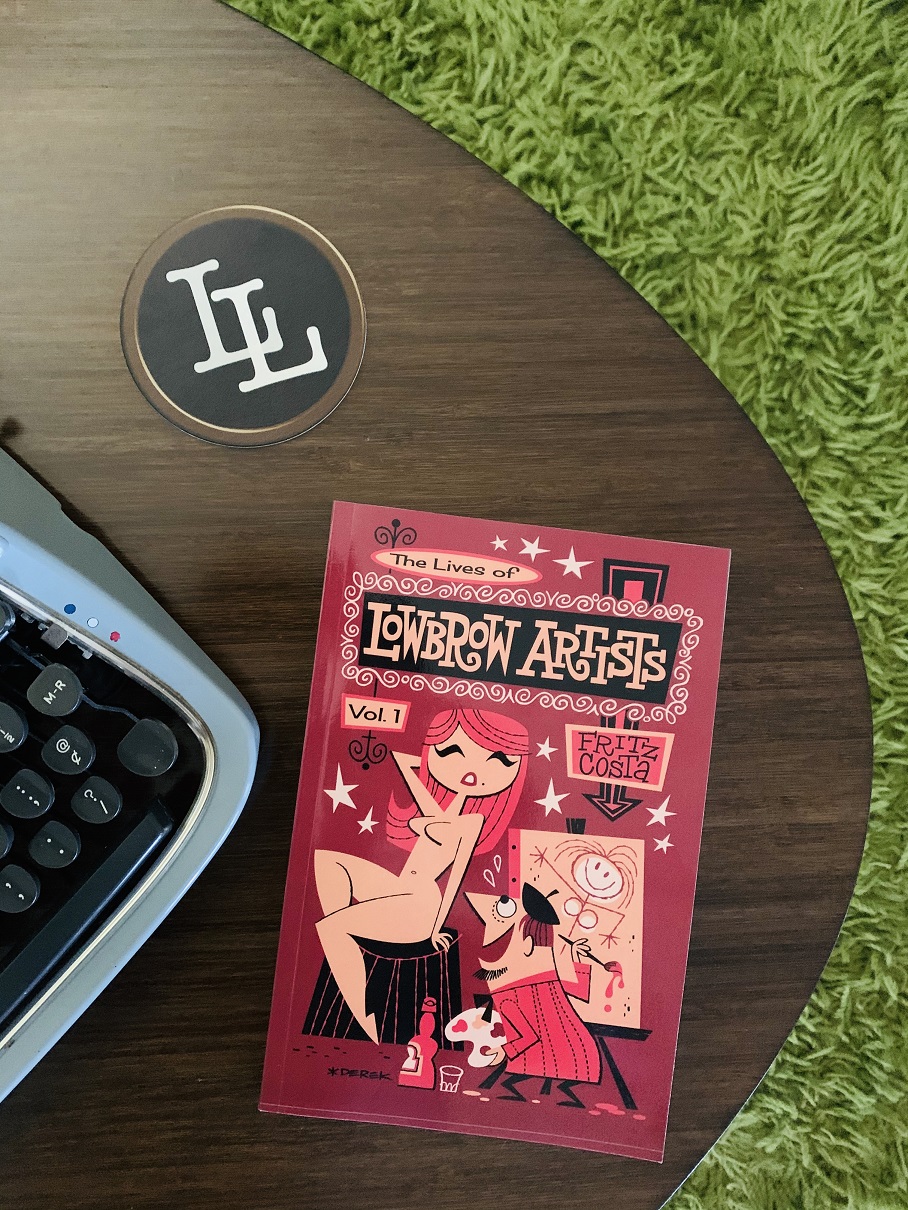 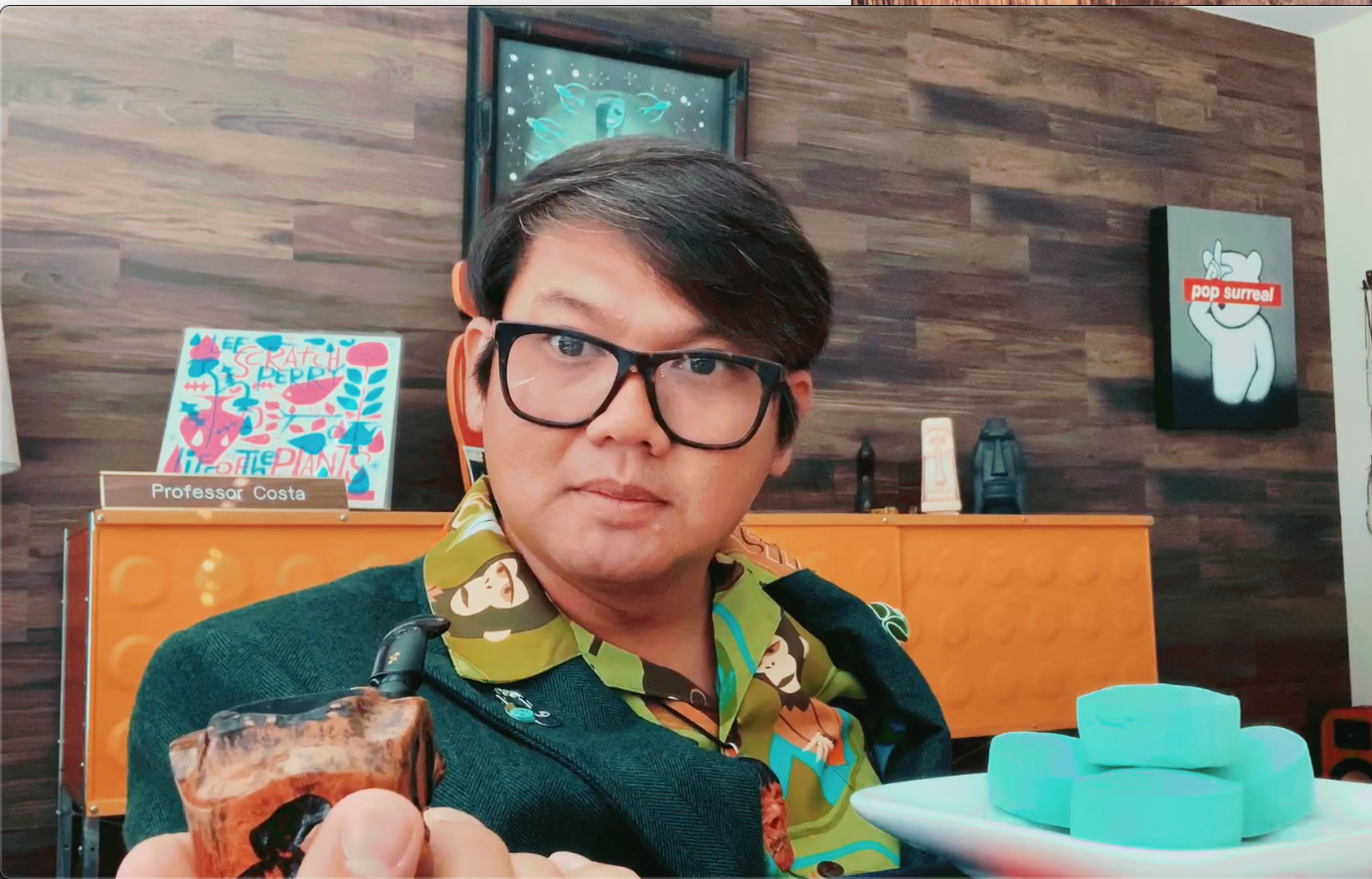