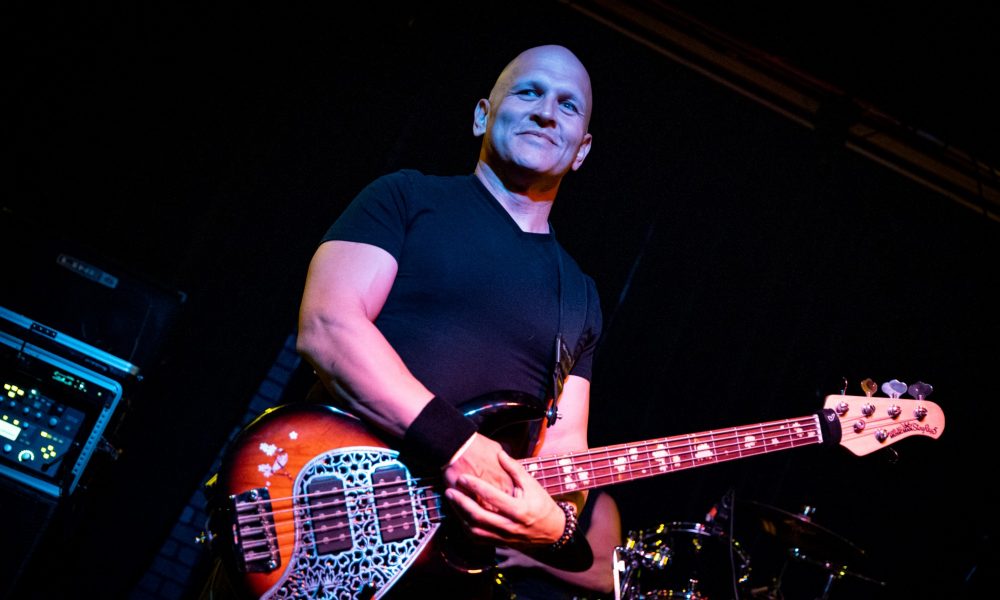 Today we’d like to introduce you to Danny Knapp.

Hi Danny, it’s an honor to have you on the platform. Thanks for taking the time to share your story with us – to start maybe you can share some of your backstory with our readers?
I’ve been enamored by the power of music since I was very young. It has always held a special kind of magic for me. Growing up in Phoenix and later Flagstaff, Arizona, I played a couple of different instruments in school (cello and clarinet), but the first time I saw a local 4-piece rock band at age 14, I knew without a doubt that I wanted to be a bass guitarist. I played my first professional gig as a musician at age 16. After graduating early from high school at 17, I jumped straight into playing in original and cover bands and taking odd jobs in order to make ends meet. I moved to back to Phoenix for more opportunity, and over a few years, several of the bands I was involved with were pretty successful. I did some touring and spent time in recording studios, learning all I could from the talented people I got to work with. Several of those early projects garnered attention with major labels, but the timing was never quite right.


However, one of my bandmates from a band called ‘Feedbags’, guitarist Scotty Johnson, went on to join the Gin Blossoms just as their music was starting to go mainstream. I met my wife-to-be and her amazing kids a short time later, and my priorities changed drastically. I found I had a knack for computers and software (I was always the techie in the band anyway), so I started working in the technology industry. I kept playing in bands, recording in studios, and even built a few home recording studios as well, but music definitely took a back seat to my day job and the kids. My wife is a musician as well, so our house was always filled with music, and our kids got to attend a few gigs at a relatively early age. I loved getting to share my experiences and my passion for music with my family. Given that music was more a hobby during those years, I never took it for granted. I kept practicing, performing, and recording just for the joy of it. During the years 2006-2012, I became involved in traditional and contemporary Polynesian music. I studied ukulele under several great Hawaiian and Samoan musicians. I also recorded and performed on bass, keyboards, and ukulele for several bands and halau (Hawaiian dance groups), and became a full-time member of Mikioi, a Hawaiian reggae band that received attention on Polynesian radio for our singles “Hawaii, My Home”, “Mikio’i Music”, and our rendition of the traditional song “Kanaka Wai Wai”.


During that time, I also had the privilege to perform as a member of the renowned Pangean Orchestra, playing world and orchestral music with musicians from all over the world. In 2012 as empty-nesters, my wife and I moved to the Los Angeles area so that I could become more involved in music (and get to surf on a regular basis). It took the better part of two years of pounding the pavement, social networking, going to local jams, and a lot of false starts before I landed my first gig. However, in the long run, the hard work started to pay off. Each gig led to more connections and more gigs. I worked very hard to be prepared and on-time for each rehearsal and stay open-minded in order to best serve each artist and band I worked with.


In 2016, I was a member of actress/singer/songwriter Katie Garfield’s live band, which opened my eyes to performing even more genres of music including pop and electronic dance music. Currently, I am the bass guitarist for the emo/alternative-rock band We’re No Gentlemen, singer/songwriter Serena Foster, the reggae/pop/alt-rock band, The Bredren, and the upcoming pop duo Taysti. I also regularly record as a session musician and perform with LA Sound Machine (Gloria Estefan tribute), Raise Your Glass (P!nk tribute), Prizmatic (Katy Perry tribute), La Vida Loca (Ricky Martin tribute), Thank-U Drive-Thru (long-standing cover band), and many other L.A./OC-based projects.

We all face challenges, but looking back would you describe it as a relatively smooth road?
Not entirely. It took the better part of two years to get my foot in the door and land my first gig. Along the way were quite a few auditions, false starts, and a lot of attending jams and social networking. Covid-19 has of course changed everything over the past year. I went from being booked nearly six months in advance to having no gigs whatsoever. I’m managing to stay productive, but it’s a different game now. While a few of the artists and bands I work with have decided to take a hiatus, some of my other projects are concentrating on creating and recording new material and performing online shows, etc… I also find I now have more time to rehearse by myself, working on specific musical techniques. I’m also taking vocal lessons in order to be able to handle more backing vocal duties.

Thanks for sharing that. So, maybe next you can tell us a bit more about your work?
I am a musician and a songwriter. I play bass guitar, fretless bass, and ukulele. I also sing lead and backing vocals. I’m known for my nickname (Melonhead), for being a ‘go-with-the-flow’ kind of person, and for having a somewhat extensive technical knowledge. I am ‘the techie’ in most of my bands, and I’m comfortable coordinating all the details with production and engineering staff. I always strive to be on-time and prepared for rehearsals, recording sessions, and live gigs: knowing the material, bringing the right gear (and back-ups), and being resilient to last-minute changes.


I work very hard to keep ego from getting in the way of serving the music and the artist’s vision. Depending on which band/artist I’m working with, there are times when I am called upon to take a subtle role, being a quiet part of the background, playing very simple parts. There are also times when I am asked to be front and center, as big and loud as life, making live shows an interactive and entertaining visual experience. I am content in any role. I just love being a part of this industry and getting to make music with other great musicians.

Can you share something surprising about yourself?
As of 2010, I had let my health and my weight get away from me and found myself at 400lbs with several related illnesses. I started a workout and diet regimen and lost 200 lbs in two years. I’m now in the best shape of my life, and I’ve been managing my health and lifestyle for over eight years. 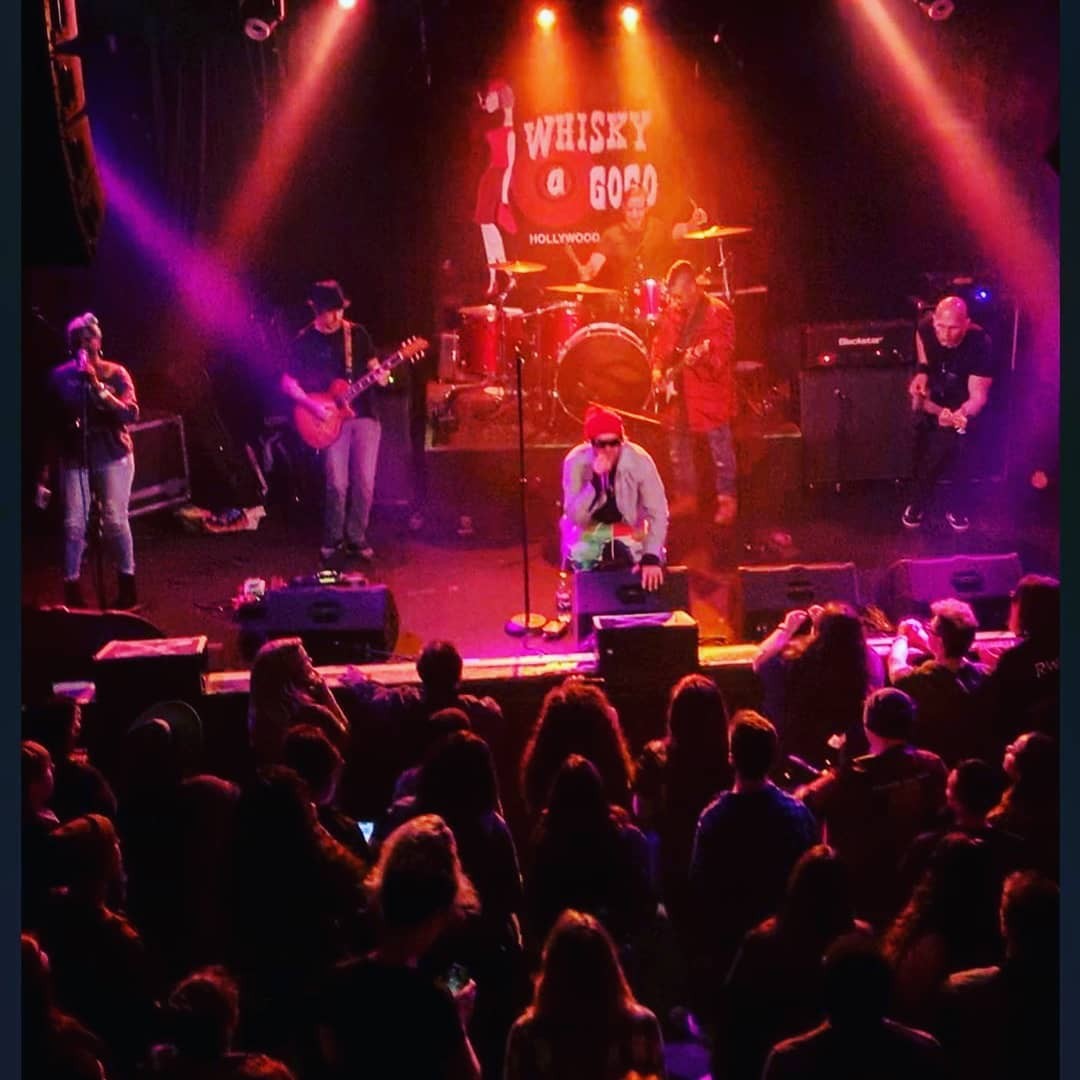 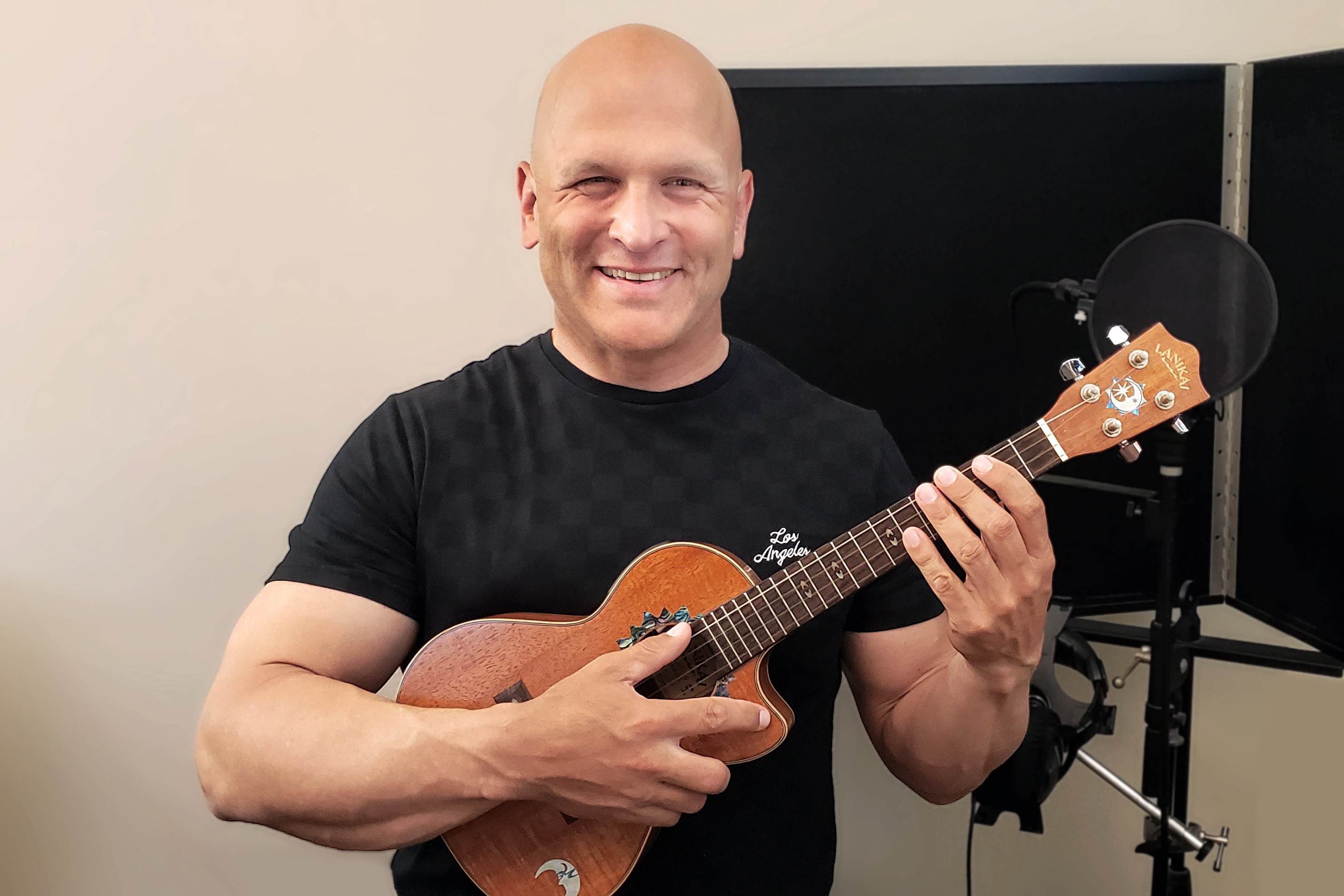 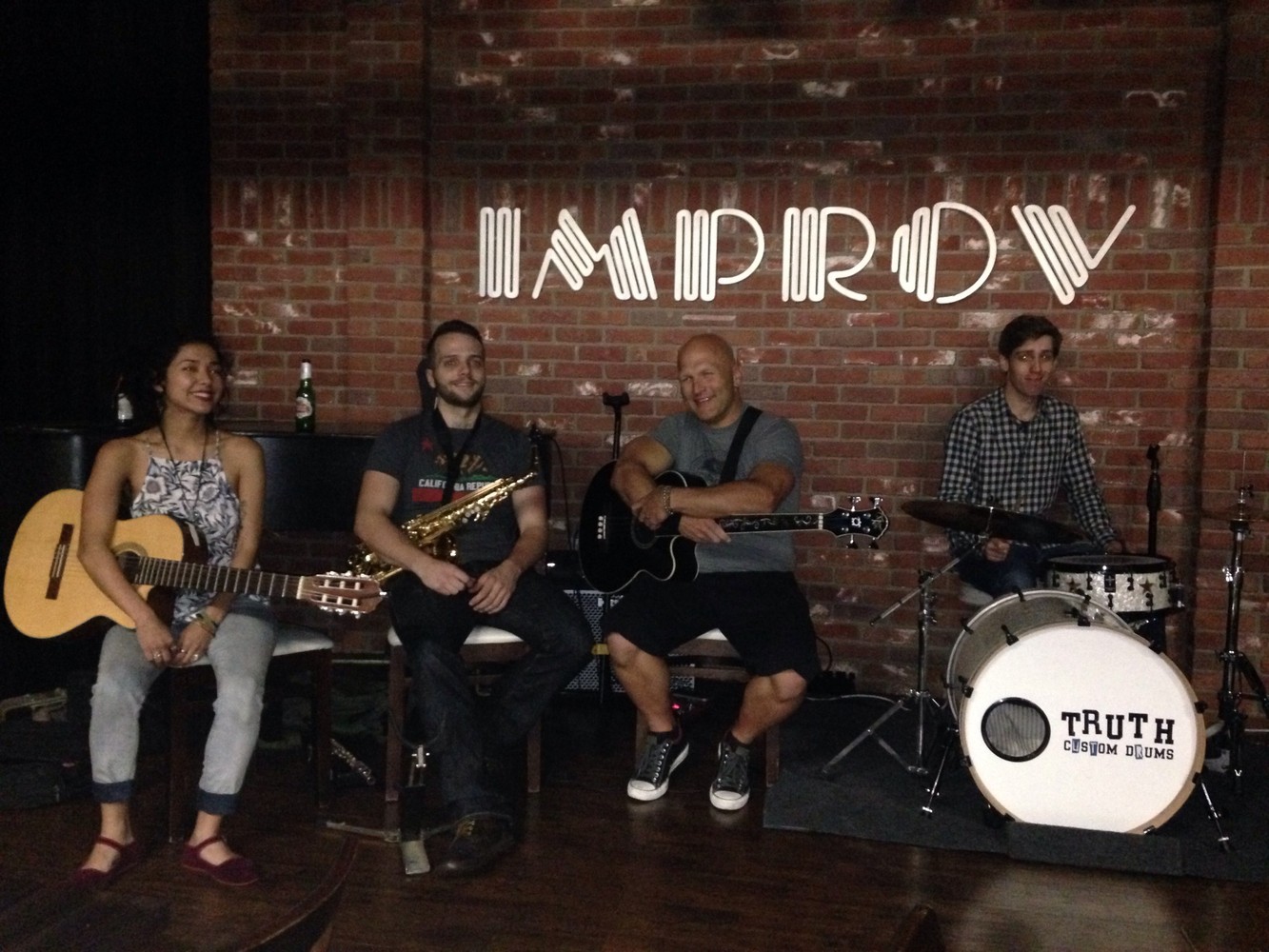 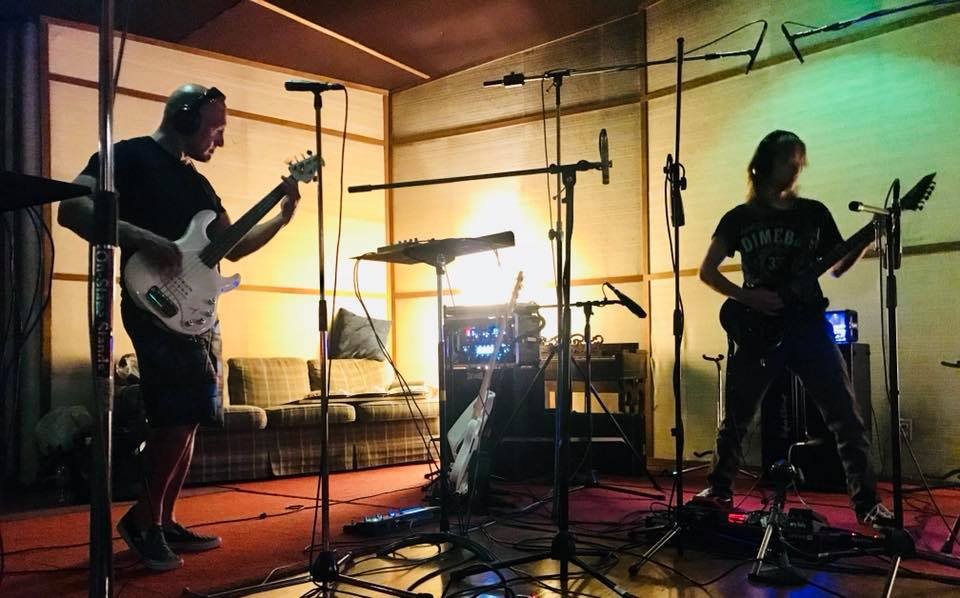 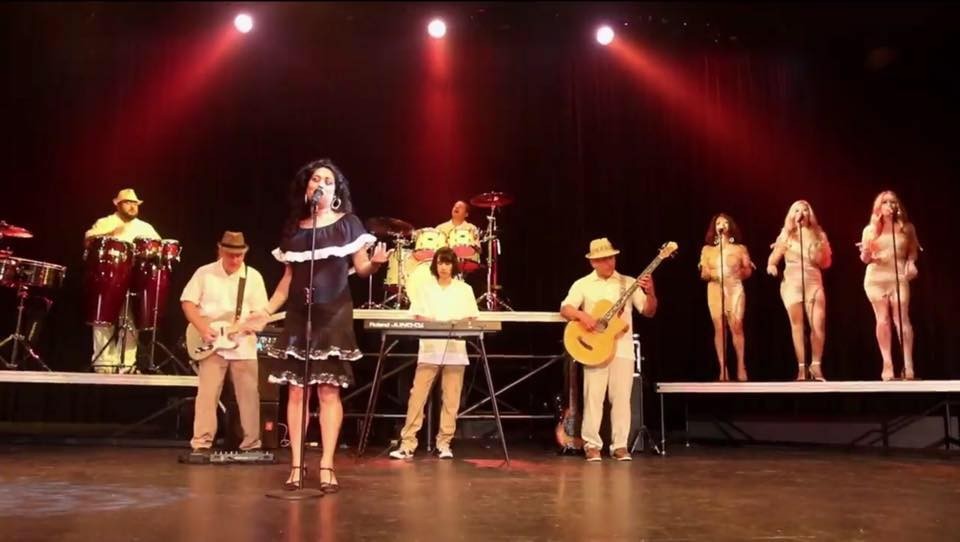