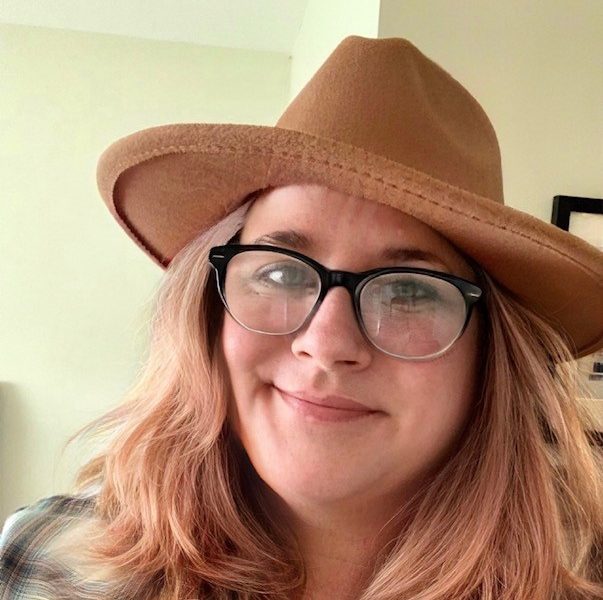 Today we’d like to introduce you to Christina Hulen.

Hi Christina, it’s an honor to have you on the platform. Thanks for taking the time to share your story with us – to start maybe you can share some of your backstory with our readers?
It’s my mother’s fault. Really! Every year for my birthday she would take me to see a play. That’s how it all began. I grew up in the suburbs of San Francisco and we had a pretty substantial theatre scene. Nothing was more thrilling for me than to go into the city, grab some lunch at either the Palace Hotel if we were being fancy, or at Hippo Burger, which if I’m being honest is really what I really preferred, and seeing a show. We saw everything from big roadshows; my earliest memory was seeing Yul Brynner in the King and I, to intimate performances at the Magic Theatre where Sam Shepard was the artist in residence, or shows at Theatre Rhinoceros (the world’s oldest queer theatre). I was exposed to all kinds of theatre and performance.
Being an only child and a latch key kid, I spend most of my time living in my imagination, so it’s no wonder that I was drawn to this world where fantasies could become realities. I spent much of my time writing little plays that I would perform badly (I’m no actress) for my poor exasperated mother the second she would walk in the door. What I didn’t know then, is that I would grow up to work in many of the theatres that I so loved as a kid.

I worked my way up from stagehand to stage manager to eventually lighting and scenic designer. After receiving my BFA in creative writing and film production from San Francisco State University and working in the theatre industry for a number of years, I moved to Los Angeles to pursue my MFA in lighting/scenic design at UCLA. Once I finished my degree, I started working in film and television as well as live events. While this was a spectacular experience, it just wasn’t as fulfilling as I had hoped. I came to realize that while I was able to tell stories tonally through lights and sets, what I really wanted to do is get back to the kid that would write plays for her mom every night.

About ten years ago, I started to concentrate my creative efforts on screenwriting. It’s been the best decision I’ve ever made. By day, I still work in theatre as a Production Supervisor, but by night there is nothing more thrilling or terrifying than staring down that blank page and typing that first keystroke that creates a world.

Alright, so let’s dig a little deeper into the story – has it been an easy path overall and if not, what were the challenges you’ve had to overcome?
I don’t think the life of an artist is ever smooth. Art, no matter what your medium, is always subjective. Either people love what you do or hate it. Hopefully, there is no in between because indifference is the worst reaction. The hard part is finding the people that resonate with what you’re doing. While screenwriting is a solitary profession, filmmaking is a collaborative action. You can write the world’s greatest screenplay, but if you don’t get it made it’s just ink and paper.

I had some early successes with my screenwriting. I was one of the winners of The Writers Lab, sponsored by Meryl Streep, Nicole Kidman and Oprah Winfrey. I thought, “Okay, this is it. I’ve made it.” But that wasn’t the case. It was an amazing experience and I met and worked with so many amazing mentors and writers and I would wholeheartedly recommend it to anyone, but it wasn’t the launch of my career, it was a step up. The same is true of participating in CineStory Feature Lab and Stowe Story Lab. Both, amazing experiences and both another step forward. With each step, you learn more and meet more people and you never know who or what will be the catalyst to push you to the next level.

So many tumblers have to click into place to get a film made. First, you have to find that producer that really loves what you do and is willing to champion it out in the world. That‘s the first hurdle for me. I specialize in female-fronted, historical, LGBTQ character-driven dramas. It’s the trifecta of strikes against me. Although, that seems to be changing somewhat. Still, the first step is finding that champion. I’ve been fortunate and found a few. I’ve had some amazing producers option my work but the next step – finding financing, that’s usually where we hit the snag.

It’s an interesting time because more content is needed than ever. I believe that is opening the door to more people taking risks. There is already a resurgence in indie voices in film. That’s the space I’m hoping to fill. Right now, I’m fundraising to shoot a project that I’ve written and will be directing in the new year, called EVERYTHING’S FINE.

Thanks for sharing that. So, maybe next you can tell us a bit more about your work?
Screenwriting really has been the focus of my creative life for the last decade. I have a few projects in the hopper. I have a WWII feature called WARBIRDS. It’s about the Women’s Airforce Service Pilots (WASPs); the first women to fly for the US Army. It looks at what happens when two recruits fall for each other at the height of war in 1940’s America. I have another feature that landed in the top 20 scripts in the Academy Nicholl Fellowship called A Gentleman of Good Hope. It follows the life of the first female doctor in the British Empire. Spoiler… it’s not who the history books tell you it is. And, another called LA MAUPIN about the rise of a servant girl in Louis XIV’s court who uses seduction, her sword and general swashbuckling badassery to become one of the most celebrated opera singers in France’s history. Did I mention she burns down a convent to be with the girl she loves? As you can see much of my work is rooted in history and is based on real events or people.

As I mentioned earlier, my current passion project is a narrative short (proof of concept) called EVERYTHING’S FINE. This project was born out of a conversation with a good friend about trauma and PTSD (Post Traumatic Stress Disorder). It was the height of Covid and our conversation steered to my own battle with PTSD and to how the world was now experiencing a mass trauma event. I knew I wanted to write something about PTSD and this universal trauma that we were all experiencing but I had no desire to write about Covid or my own specific experience. The same day we had the conversation there was another mass shooting in Colorado. If you’re asking yourself which one; that’s the point I want to make with this film. A mass shooting became the lens I using to tell this story. They have become so commonplace they aren’t even reported anymore. There is a mass shooting every single day in the U.S.

Rather than focus on the event itself, EVERYTHING’S FINE focuses on a young woman, the sole survivor of a school shooting, who suffers from trauma-induced memory loss. As the one year anniversary of the event approaches, she spirals dangerously out of control and cracks begin to emerge in her carefully crafted veneer of normalcy. This film also looks at how PTSD doesn’t just affect the victim, it affects everyone in their orbit. In this case, her wife, her parents and her student’s parents all suffer from PTSD that manifests in different ways.

The production team is quickly coming together. As I mentioned earlier, everything you do in your career is a step forward that leads to the next rung on the ladder. My entire team is made up of people I’ve met at various stages; one producer is from the very first movie I ever worked on twenty years ago, another I met at the Writers Lab and another from the Stowe Story Lab.

We are also incredibly humbled and honored to have Manuel Oliver, the father of Joaquin “Gauc” Oliver, who was tragically killed in the Parkland school shooting, lending his voice and passion to help fuel and inform this production. He sees the potential for this project as we do – as an incredible way to spark empathy in people and renew the call to action for gun law reform and mental health care in the U.S.

We are currently in the fundraising phase of this project. If you would like to contribute, we are fiscally sponsored through Film Independent and all donations are tax-deductible. Please visit www.everythingsfinethemovie.com to donate.

What matters most to you?
The short answer is love and truth.

Love is the reason for everything. It’s the force behind everything we do. I write because I love it. I try to find what it is my character loves in every scene. Love of money, love of success, love of the woman that never notices; it’s always love that drives the character forward. Or, it can be the lack of love, the disengaged parent or the cheating spouse, lack of love can turn a character bitter, cold and dark and that’s how great villains are born.

Truth is also something I try to find and highlight in every project. The truth is often hidden and part of what I love is searching it out, unearthing it and putting it forward for all to see. Sometimes that’s painful but in the end, experiencing another person’s truth brings about empathy, understanding and greater human connection. That’s what storytelling is all about in the end — fostering connection.

For my historical pieces, I use history as a mirror, as a reflection of the issues that are sadly still all too relevant to contemporary society. I’m especially interested in revealing aspects of history that have been hidden or misrepresented. Often the lives and accomplishments of women, people of color and the LGBTQ communities are erased, minimized or attributed to others. I am determined to shine the spotlight on these lives so they might be understood and celebrated. 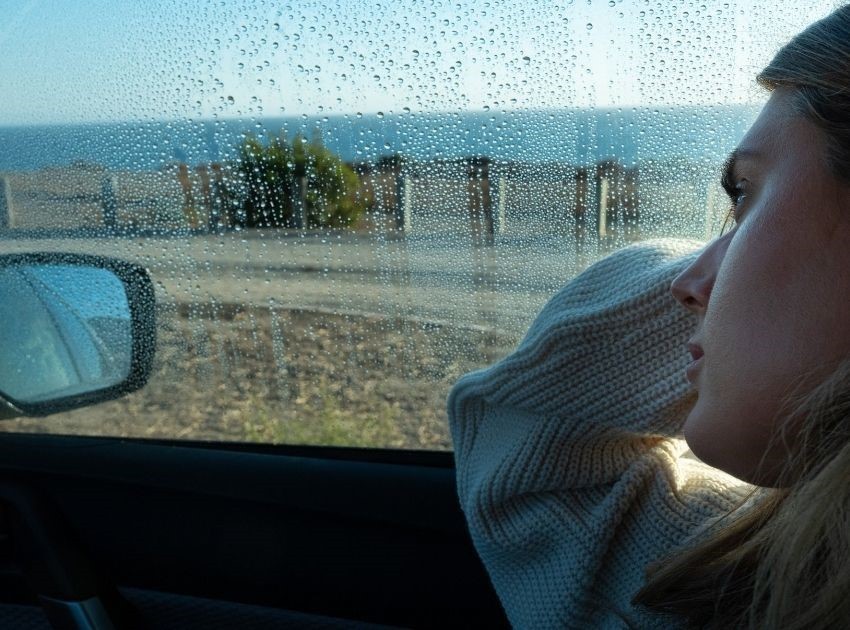 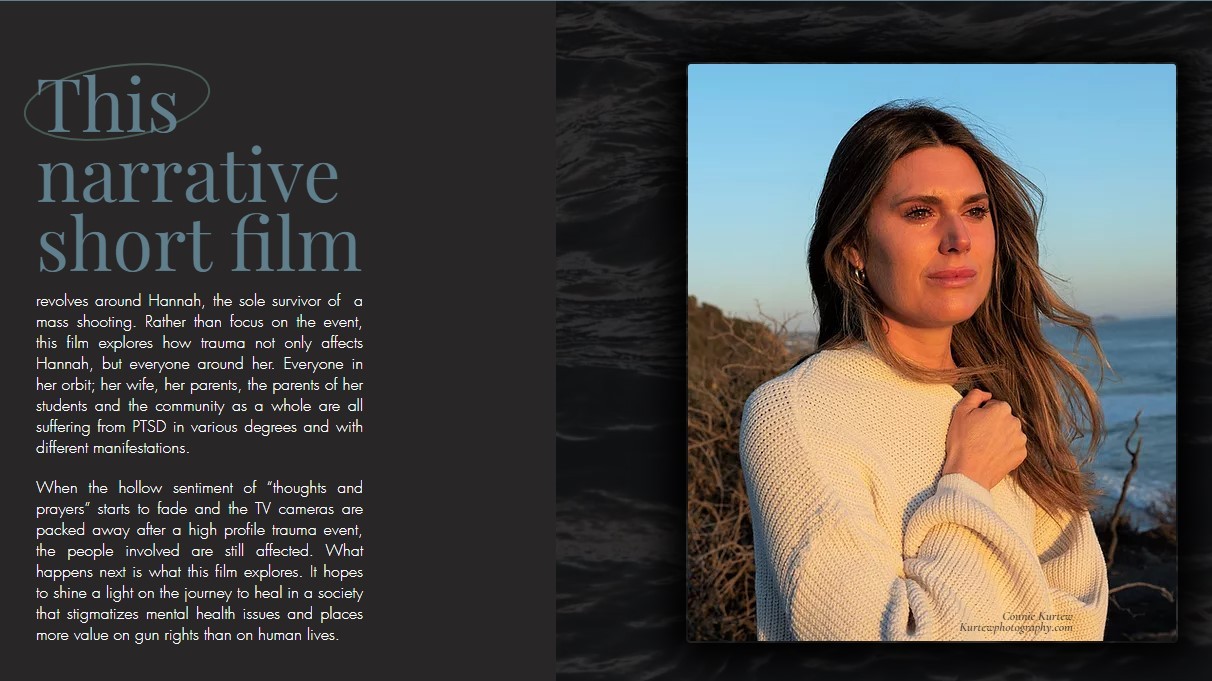 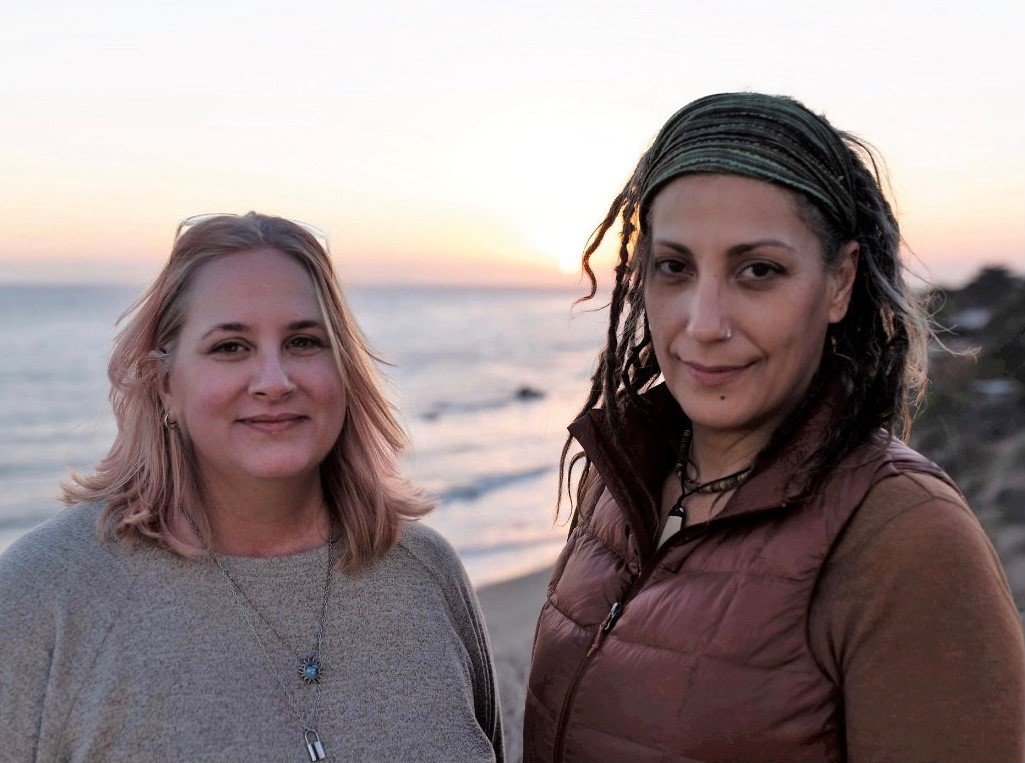 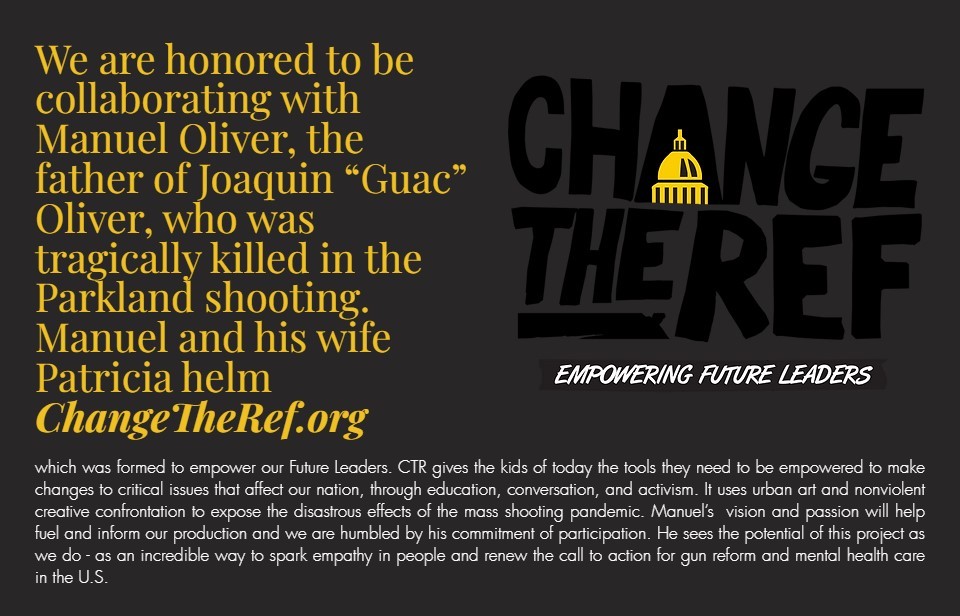