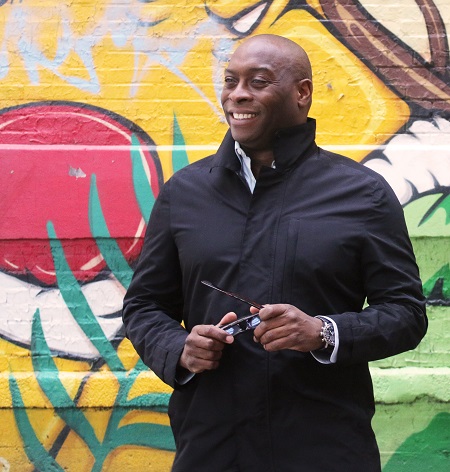 Today we’d like to introduce you to Alan Ruffin.

Hi Alan, we’d love for you to start by introducing yourself.
My story is about taking chances and not giving up. You hear that all the time, but there really is truth to it. I attended The Ohio State University, and my degree is in Political Science. I have been in Design for over 25 years and am currently a creative director…who knew, right!?

I moved to Chicago with an alternative rock band after I graduated. We scored an indie deal and figured living in the middle of the country made the most sense. We moved, and shortly after that, the label folded. So having my degree, I jumped right into the working world. My first job was in my field of study, and shortly after that, I started working for a stock photography agency, which led to my first job in advertising as a project manager.

Shortly after taking that job, I realized my heart was drawn toward creating, not building timelines and excel sheets. It made sense because growing up I was always fascinated by magazines, photographs, typography, album covers, messaging, etc. As a child, I was keenly aware of how specific images and words made me feel or aspire.

After taking a job with Publicis and Hal Riney and hearing the CEO mention that he had an open-door policy, I walked up to his office and asked if I could have a moment. I told him I wanted to be a designer. We had an excellent conversation, and he was encouraging. Apparently, there was some conversation about me with the creative director, as I was then connected with some great mentors.

This was a crazy time in my life; as several record labels were courting my new band, I signed to a modeling agency and acted in an independent film that did the film festival circuit.

My first job as an Art Director came after I put together a portfolio of concepts and started making cold calls. Within the month, I worked for Prentice Hall Publishing and headed up two textbooks and a team of Three.

After September 11th, the country fell into a recession, and my team at Prentice hall was dissolved. I started working with Getty Images as I had prior stock photography and art direction experience, but working on National accounts a cutting licensing deal wasn’t creative.

As if the first recession wasn’t enough, the 2008 housing crisis kicked everybody’s ass. I had a friend who started a software company and said that he was paying developers six figures. So I figured; I knew how to design, I knew how to manage accounts, then maybe I should learn how to code and work for myself, which I did. But I had to teach myself, and I had to pay the rent.

My neighbor was a senior executive for an outplacement firm. He was able to get me a job doing outplacement training for senior executives that were being downsized. So while flying around the country, sometimes four cities a week, I was learning how to code, trying to make contacts in the design world, playing in a band, and trying not to piss off my girlfriend at the time. I did this for ten months. After the contract ended, I felt it was time to work for myself.

I immediately started to get jobs and was willing to drive just about anywhere. Taking any projects within a 3-hour commute is where it all started to come together. I started working for international brands of all kinds. It was an amazing feeling to be able to pitch and win business for myself.

Well, all this did come at a cost. I literally ran myself into the ground, pushing so hard. With the consistent pressures of finding new projects, doing a good job, playing in a band, and just the overall stress of life, I ended up in the ICU for a week and about six months of recovery time. When they say stress can kill you…well, they are kind of right. The lesson is you have to have some downtime…just sayin.

After a few years of working for some big brands and taking on amazing projects. I had now developed a substantial portfolio of work, knew how to talk to CEOs, understood how to market, and could relate to different disciplines in the working world because I had done the work. I felt it was time to pull this experience together and start managing teams as a creative director.

I started marketing myself as a creative director and got my first chance at CHC Wellness in Chicago, Then Pathway to Living (Waterton), and then Future Strong Education in Australia.

Then Covid. Lockdown was oddly cathartic for me, as it was for many people. As the riots intensified in cities like Portland, Chicago, Kenosha, Minneapolis, and Atlanta, there was a need for freelance photographers to capture the moment. My neighbor, who worked for a large media organization out of Asia, asked if I could take photos for them. I said yes, that was an intense summer.

Shortly after that, I was asked by Flowers Communications group to be the Creative Director in charge of Chicago’s covid-19 messaging to communities of color and other disproportionately affected groups. It was the most important and rewarding work thus far in my career. It was my team versus Covid, and they stepped up to the challenge with Vax*Chi*Nation, VAX Kids, Protect Chicago Music Series, and Real People Real Stories to name a few campaigns. You could see with each campaign, the vaccination rate was rising.

So now I’m the Creative Director for a great company called Cocktail Courier. They are a fantastic brand that delivers Cocktail ingredients and recipes right to your home. We are about to make some waves in the industry, so keep an eye out.

The most significant thing in looking back on this journey is that many people said I couldn’t get to this point. But there were a lot of people that said I could. The people who matter always give me support in all of my endeavors and give me constructive feedback. I always thought I would be doing what I’m doing. Why? Because I decided to do so. It’s not easy, but if you concentrate on why you love the craft, for me it’s creating and messaging, but it could be something else for another person; believe in yourself. Set a plan, put your head down, be humble, listen, and make friends, and you will get there, wherever “there” is for you.

I’m sure you wouldn’t say it’s been obstacle free, but so far would you say the journey have been a fairly smooth road?
I’ve just had growing pains like anyone else. Through each situation, you learn. When I was starting out you really had to be willing to take risks. The design and marketing world is cutthroat, that is just the reality of it. So to not fall into that trap and be able to navigate around those pressures can be challenging. The key is to help others succeed even if they don’t return the favor, stay on the positive side of the business, and in the long run, you’ll see the benefits.

Thanks for sharing that. So, maybe next you can tell us a bit more about your work?
I am a Creative Director, photographer, and musician.

I’m most known for my conception and design work.

What would you say have been one of the most important lessons you’ve learned?
There are a few.

The most important thing is to live your craft. Be a part of it, it should be fun! Read, read, read… and learn. Be open and listen; ask questions. Just do it and don’t overthink things, take chances. 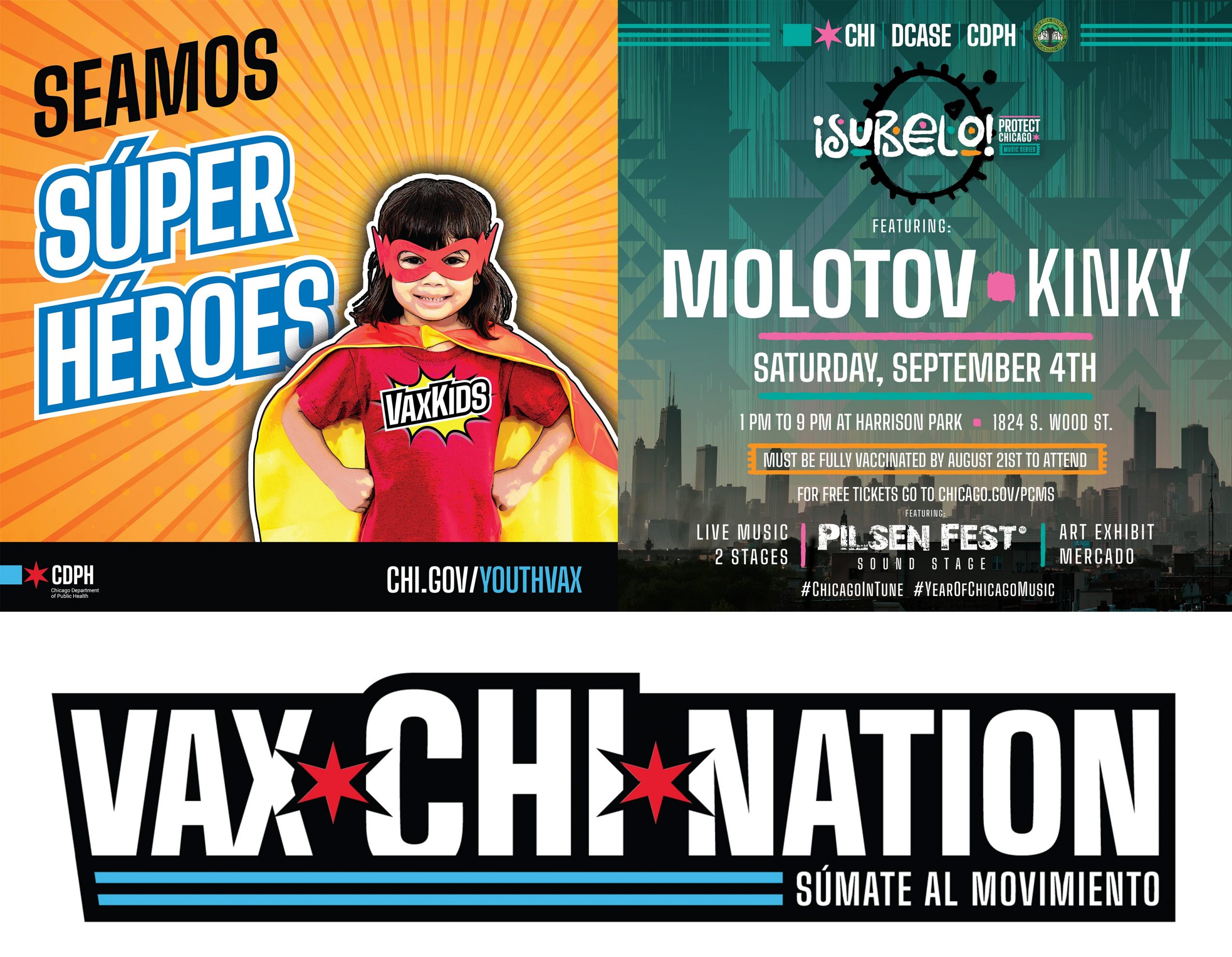 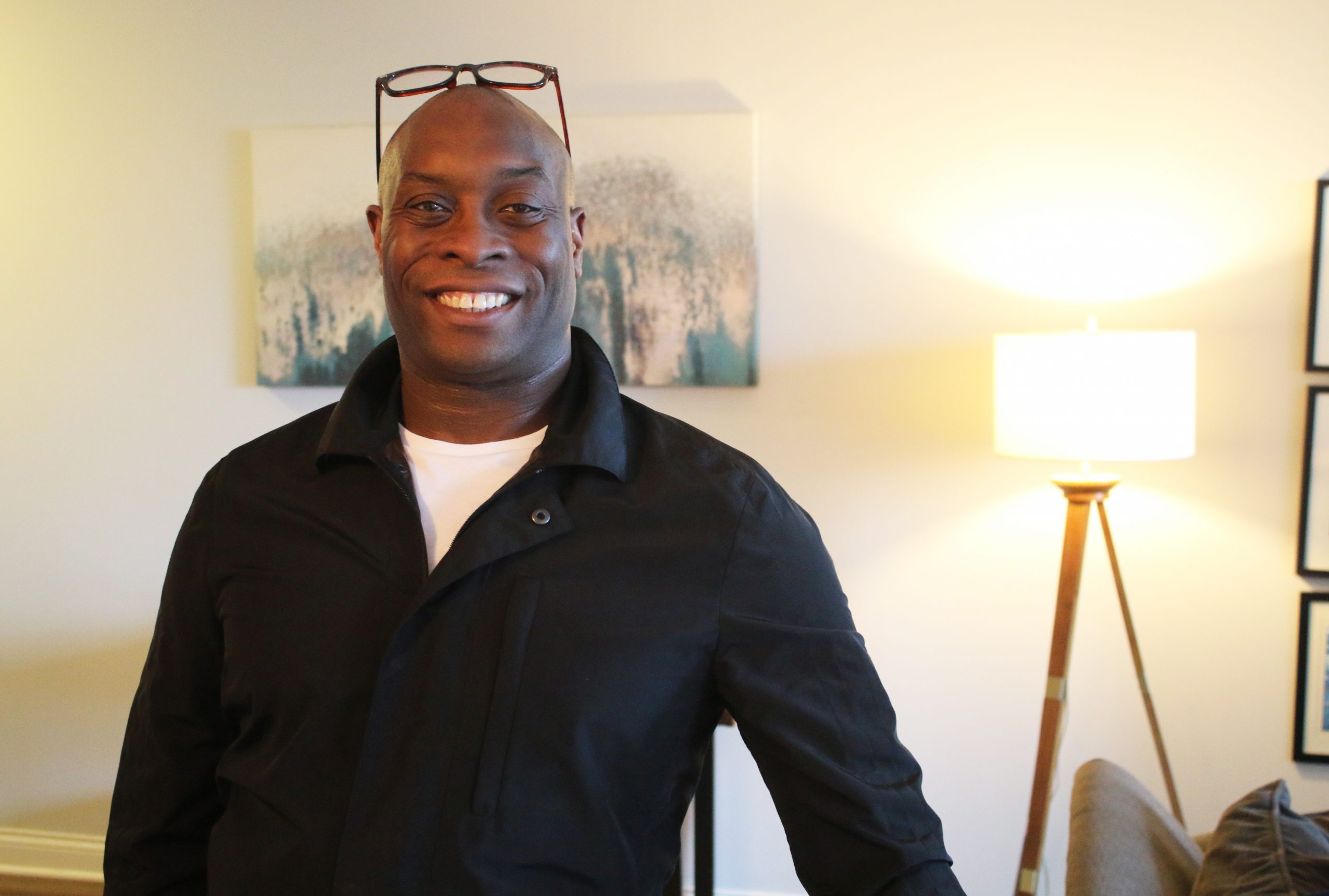 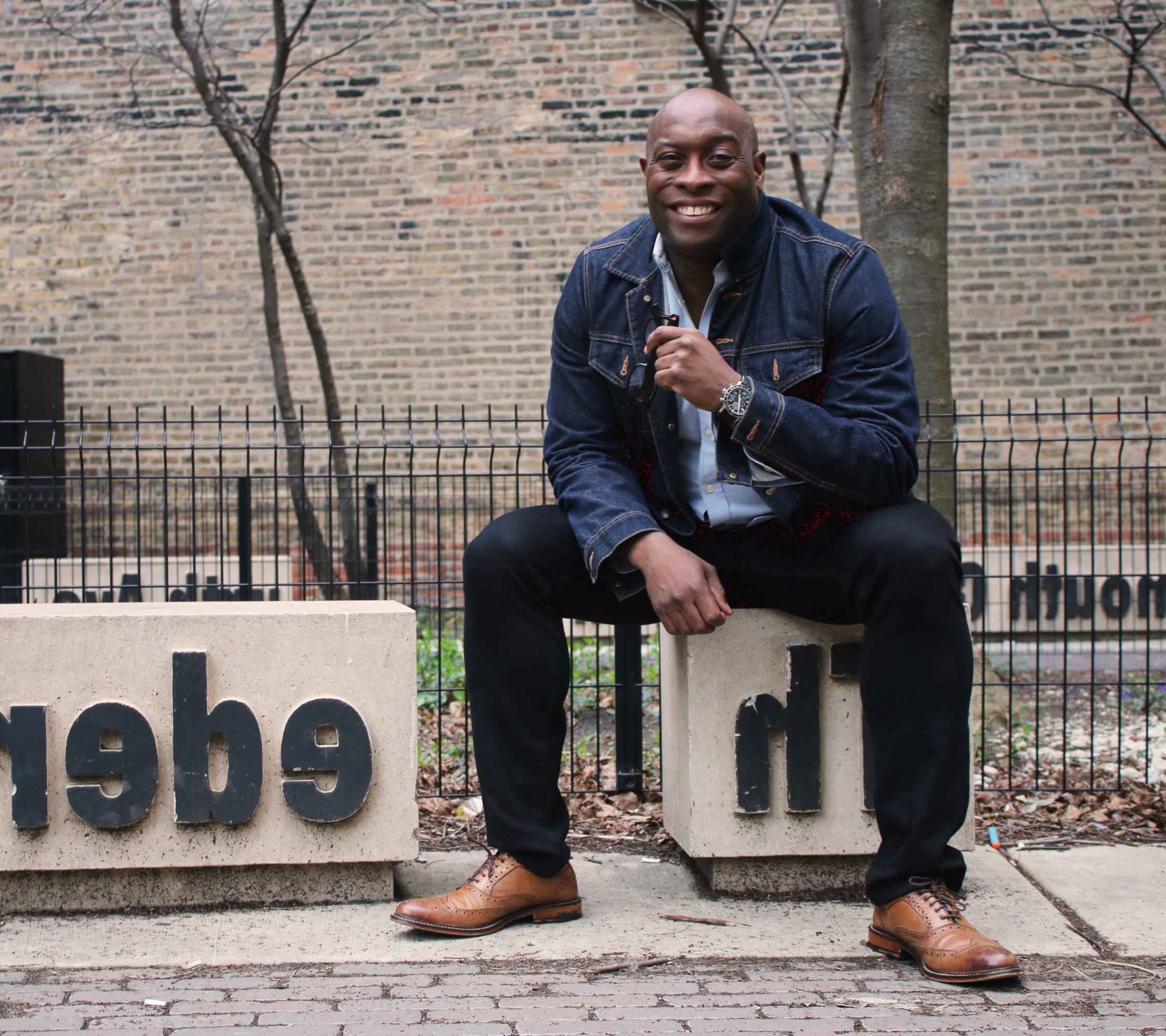 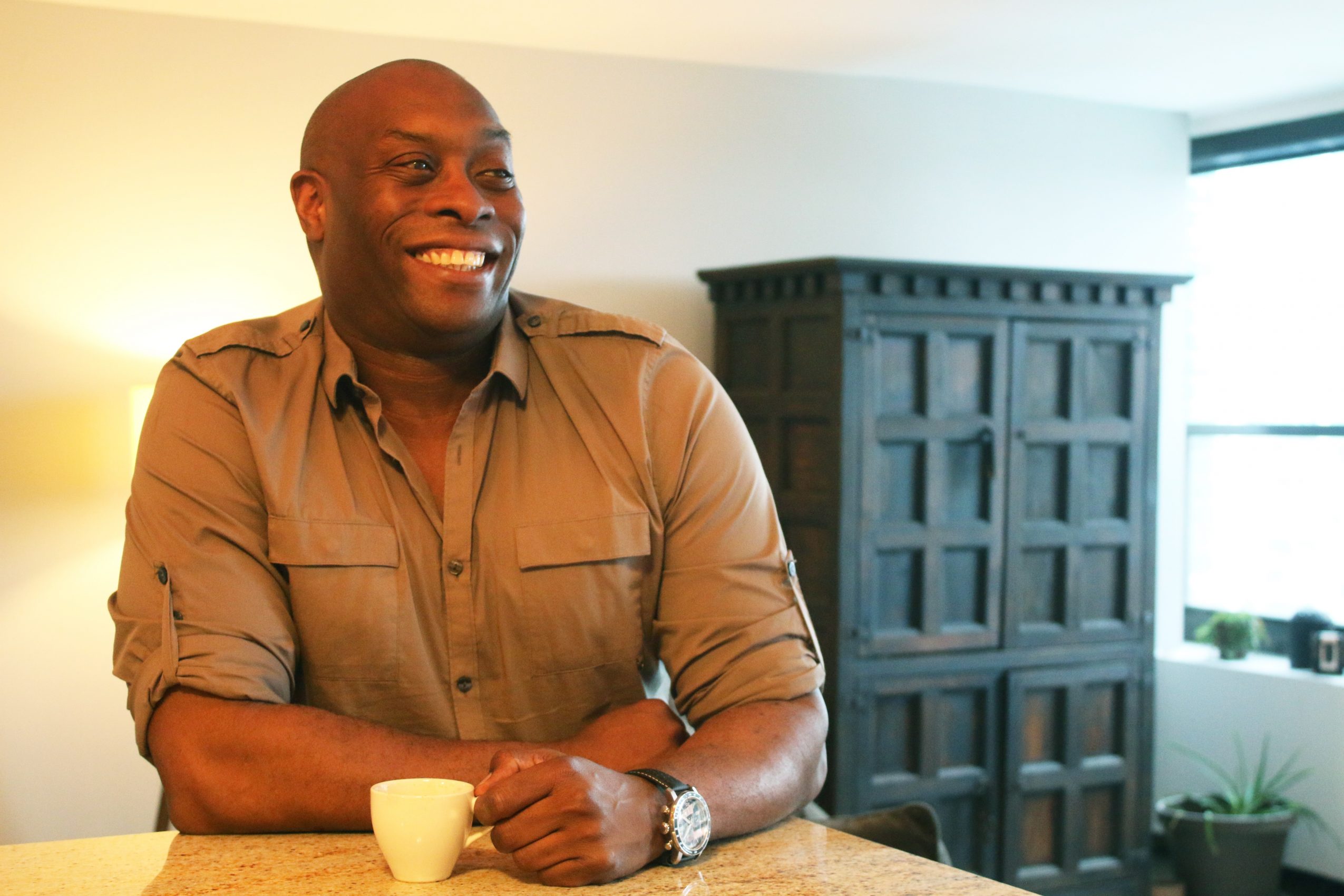 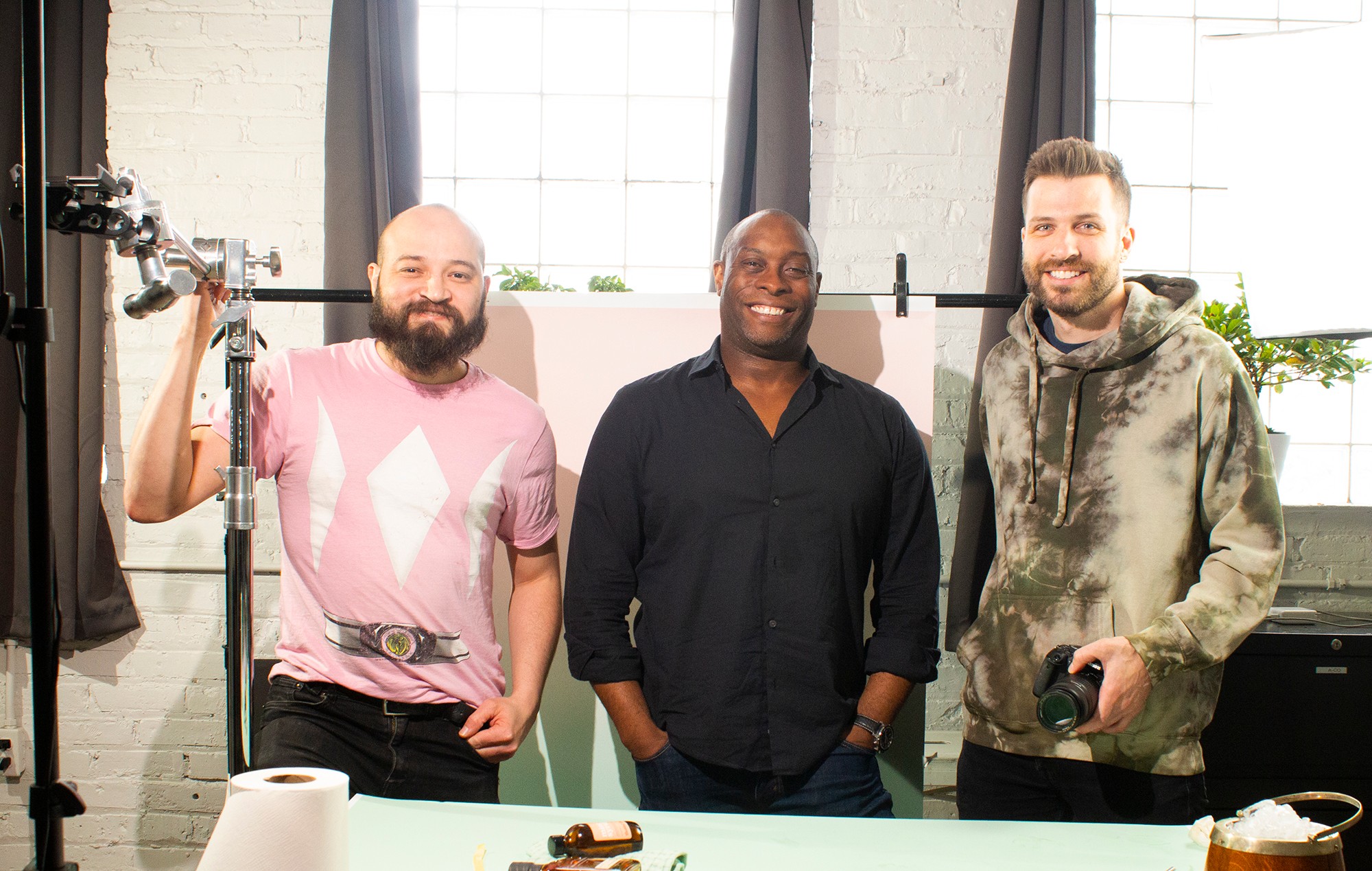 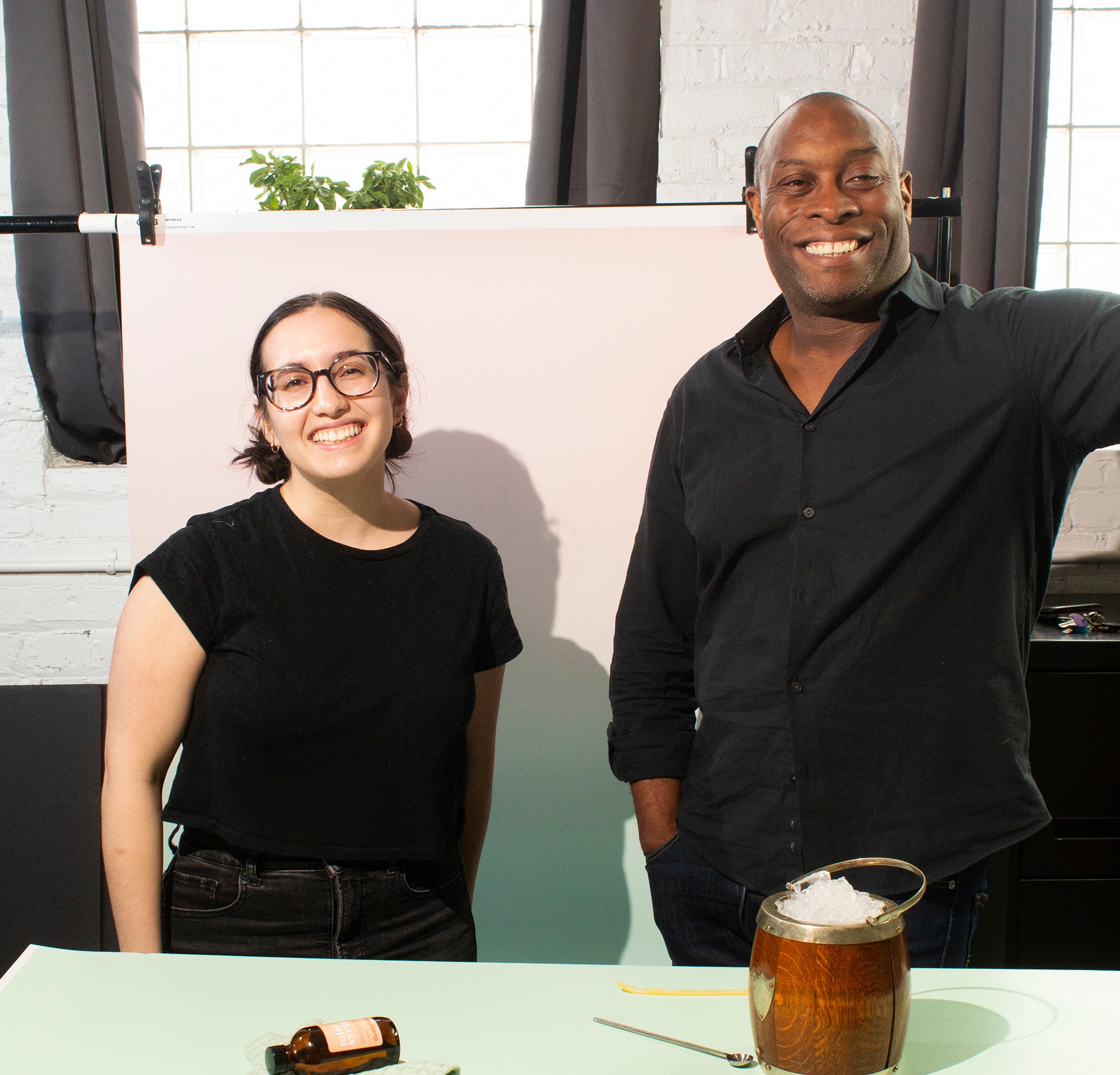 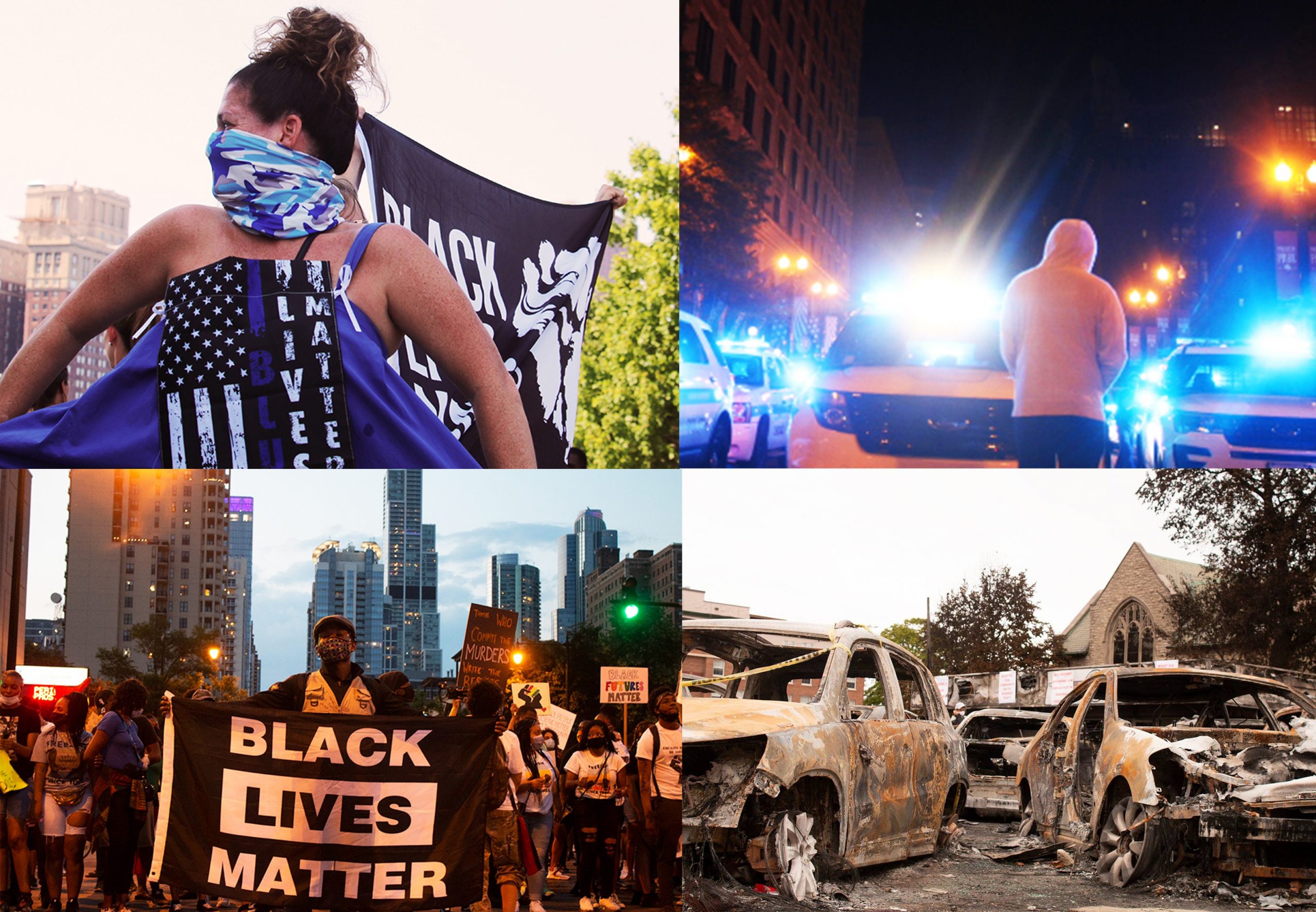 Image Credits:
Photo credits of me go to Mickie Mueller www.mindofmickie.com – In my cover photo, I am standing in front of a JC Rivera mural. – Photos with the Cocktail Courier team were done with the camera’s timer – Editorial photo collage; All photos were taken by me – I was the creative director in charge of the three campaigns represented by the graphic design collage (The designers working under me were Raul Vallines, Magen Stone, and Alfonso Covarrubias)