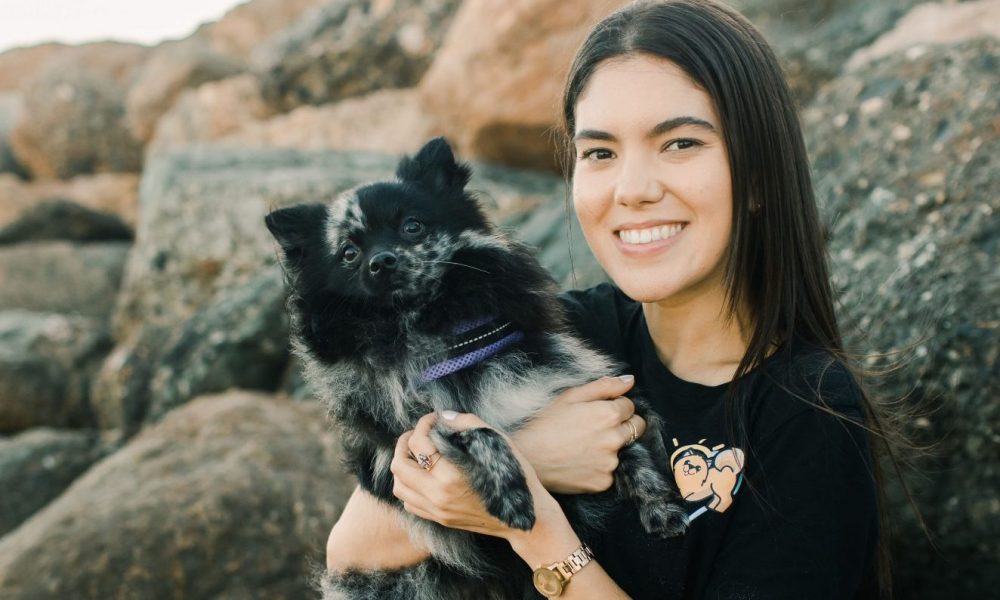 Today we’d like to introduce you to Adriana Caballero.

Hi Adriana, we’re thrilled to have a chance to learn your story today. So, before we get into specifics, maybe you can briefly walk us through how you got to where you are today.
I got involved with OC Pom Rescue in April 2020, just a couple of months after it was founded. I wanted to foster a dog as a way to pay it forward to Charlie, my own rescue Pomeranian-Chihuahua that I adopted in 2019. In looking at Pomeranian rescues, I came across OC Pom Rescue’s Instagram and was immediately impressed by their prompt and welcoming reply. At the beginning of the pandemic, rescues were so overwhelmed with volunteer applications, so the other rescues I contacted either didn’t reply or turned me away due to too much interest. But within a week of applying, OC Pom Rescue gave me my first foster, Harley, a sweet and timid Pomeranian-Chihuahua mix. It was so rewarding to be able to help rehabilitate a dog and then adopt it out to its forever family; it was exactly the full-circle experience I had wanted to pay homage to Charlie’s previous foster parents.

At the time, the rescue was truly starting everything from the ground up and needed help applying to partner at local shelters in order to pull Poms in need. Without a doubt, I knew I wanted to keep fostering and helping out in any way I could. So I took on the shelter coordinator role and worked to get us approved as a rescue partner at over 70 shelters and humane societies in California. Because of my past work experience in luxury editorial and late-night TV booking, I was really used to soliciting sponsorships from brands and creating partnerships. So I also started reaching out to brands to donate products and services to us, which is how we’ve partnered with some really consistently generous and wonderful companies like BarkBox, Fluff & Tuff, Trill Paws, Grounds & Hounds, and Punk-n-Pye’s, just to name a few. And then once COVID-19 slowed down and in-person events became a possibility, I started planning our adoption events every other month in Orange County and LA. This has been by far the most fun part of my role, as our events have become such a staple in our rescue and a major way for us to build our community of volunteers, adopters, and supporters. We always host them at a fun, new place and tailor the activities, gourmet desserts, and raffle baskets to each event’s theme. They’re such a blast, even if you’re not in the market to adopt a Pom!

So what started as a one-time foster experience turned into a board member position and role as Director of Partnerships, which now encompasses shelter partnerships, brand sponsorships, and event planning. Being part of OC Pom Rescue since the early days has been such a life-changing experience and taught me so much about animal rescue and our local communities here in LA and Orange County. It’s been one of the greatest joys of my life and really never ceases to surprise me. I got into animal rescue for the dogs, but never expected to make such close friendships with the people of OC Pom Rescue and the adopters of my former fosters, all of which I still keep in touch with and some of which have become my closest friends. The team behind OC Pom Rescue has really become my family here in California and changed my LA experience in ways I couldn’t have imagined.

We all face challenges, but looking back would you describe it as a relatively smooth road?
There have been so many challenges across the board, with everything from pulling dogs at shelters, to adopting them out, to establishing our name. There have been far too many to count, but we’ve had more than our fair share of horror stories about harassment from owner surrenders and disgruntled applicants, inaccurately reported medical and behavioral conditions for shelter dogs and financial stress from emergency vetting situations, and two large puppy mill intakes. As a young rescue, we’ve had to hustle like crazy to get our name out there, spread awareness about responsible Pomeranian ownership, and fundraise in a grassroots way, since we’ve been ineligible for a lot of grants due to our age. We’ve also had to work hard and intentionally to create a community of volunteers who are committed to the cause and have the same values. We’re so lucky to have the greatest group of people involved in OC Pom Rescue. They will do anything from a last-minute four-hour drive to a Bakersfield shelter, to taking professional pet portraits at our events, to taking on multiple hospice dogs in their homes. We also have the legendary Dirty Napkin Bakery at every event and they always sell out of their desserts, with all proceeds going to the rescue.

As a team, we have a really strong belief in the work we do and genuine compassion and respect for each other, so we’ve always made it a point to learn from each difficulty and turn it into an opportunity for improvement. But generally speaking, there’s still a lot of emotional turmoil involved in animal rescue that you can’t avoid. There’s so much heartbreak in saving homeless dogs, who have largely suffered neglect and often suffered abuse, and it can be really difficult work to rehabilitate animals who’ve been let down by their humans. We’ve rescued hundreds of dogs in the last two years, so we’ve had to grieve quite a few and that just never gets easier either. It’s pretty impossible to separate the weight of the rescue’s day-to-day from our own personal lives and mental health, so we’ve all been affected by it and have worked on ways to cope with it so we can continue the work we do. But it really is always worth it to see the progress these Poms make in their rehabilitation with us and to see the joy they bring to their new families.

Thanks – so what else should our readers know about your work and what you’re currently focused on?
When I’m not saving Pomeranians, I’m writing for TV and film. I’ve been writing comedy professionally for the last 3 years and have written for MR. MAYOR (NBC), TEN-YEAR-OLD TOM (HBO Max), and an upcoming Netflix show.

I’ve also been developing TV shows and movies, which I started doing during the pandemic. I moved to LA almost five years ago from New York, where I started my career in entertainment at THE LATE SHOW WITH STEPHEN COLBERT.

We love surprises, fun facts, and unexpected stories. Is there something you can share that might surprise us?
People would have no idea that I played soccer for almost ten years, from elementary school to high school. I’m 5’0″ tall and don’t have an athletic bone in my body, but for some reason was a midfielder in a recreational soccer league for a decade. I unfortunately still have the shinguard tans to prove it. 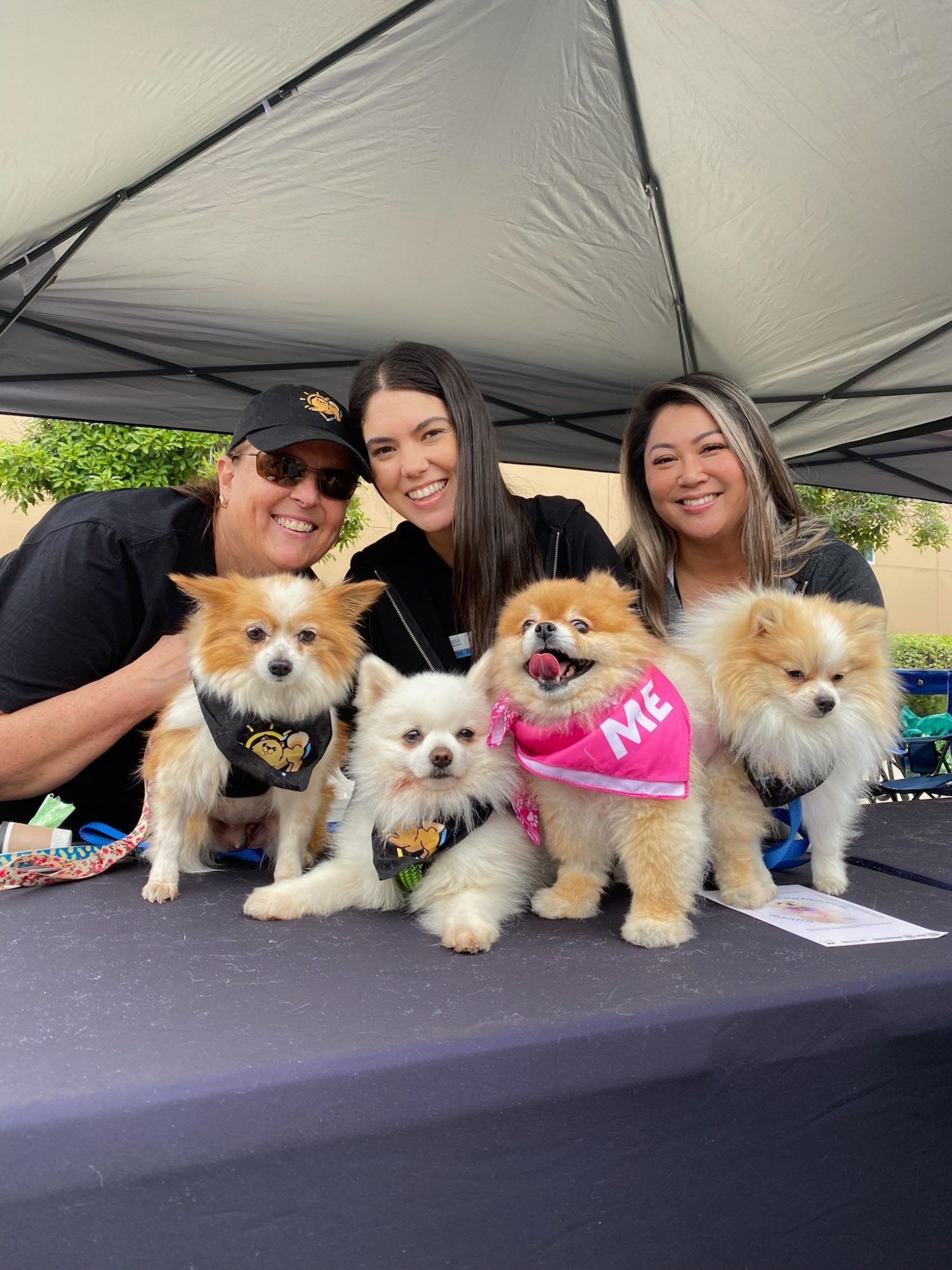 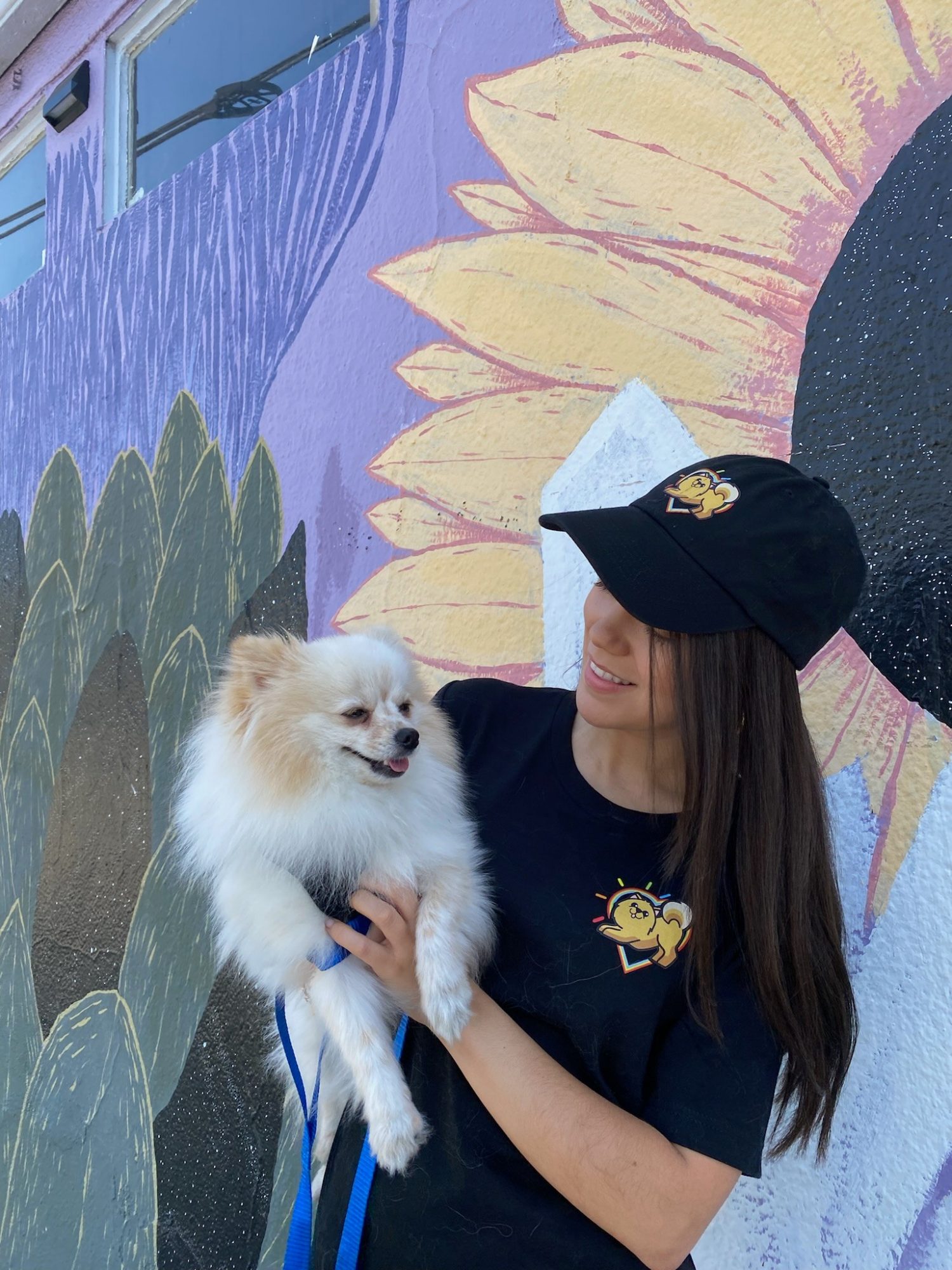 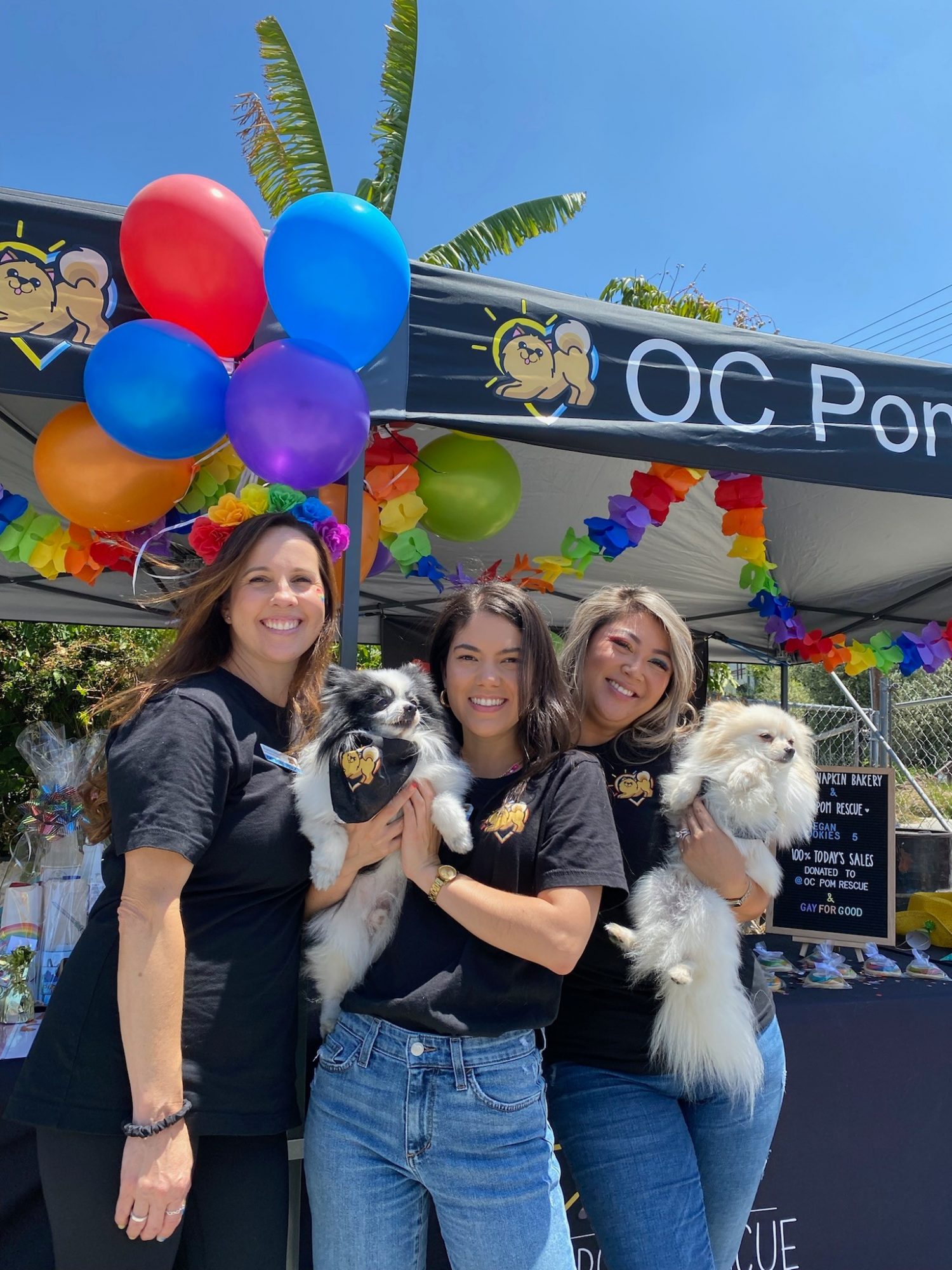 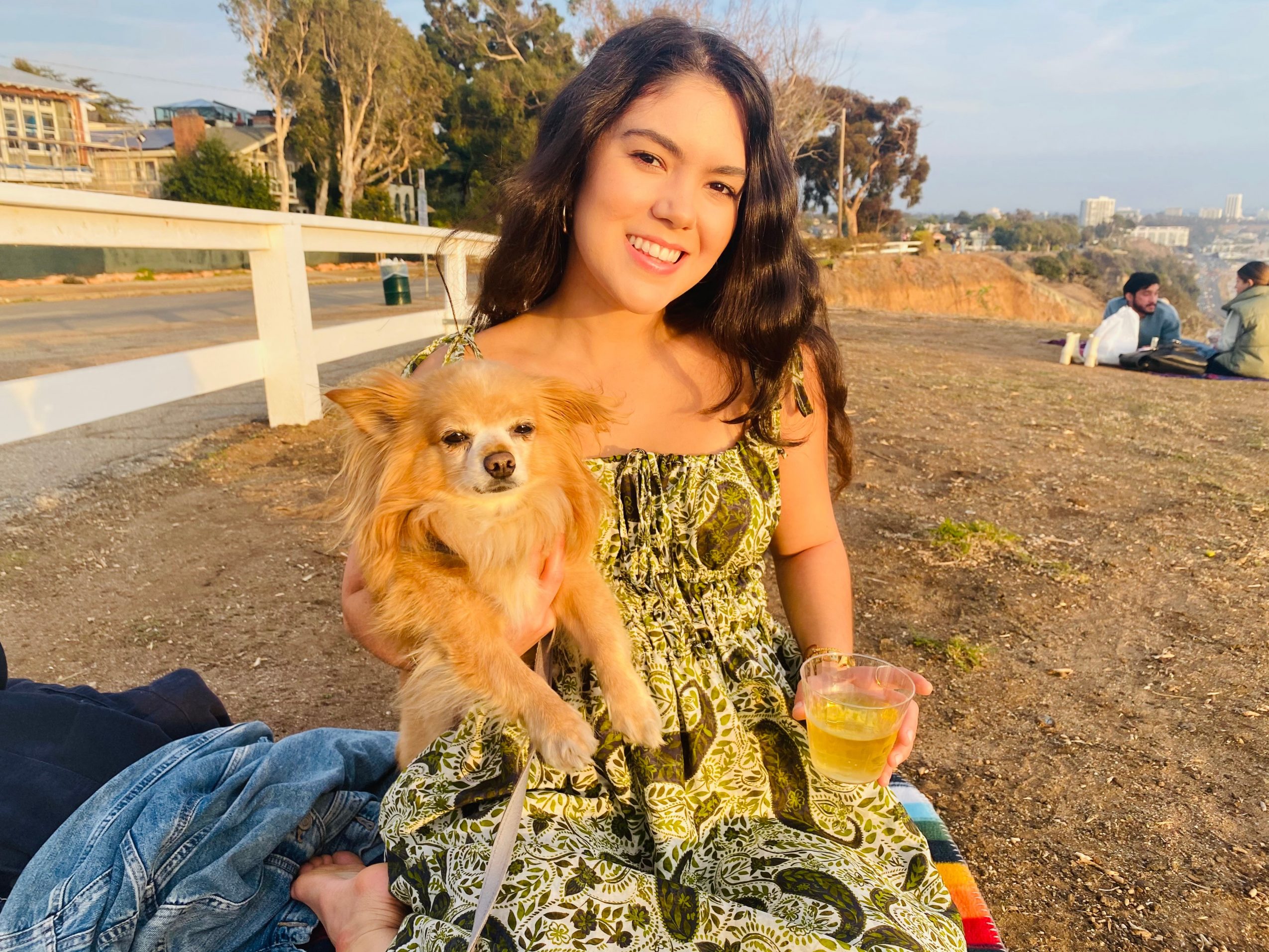 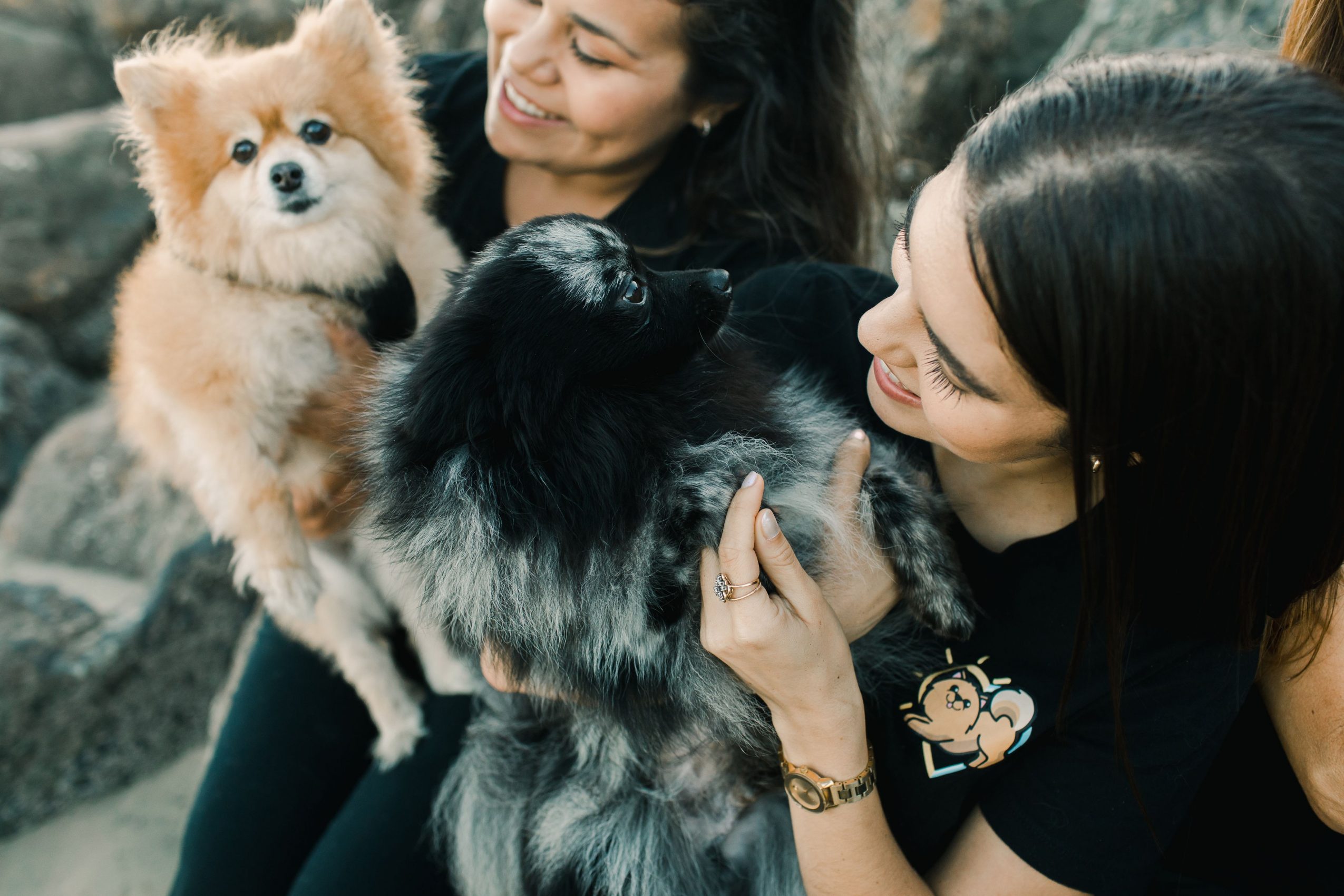