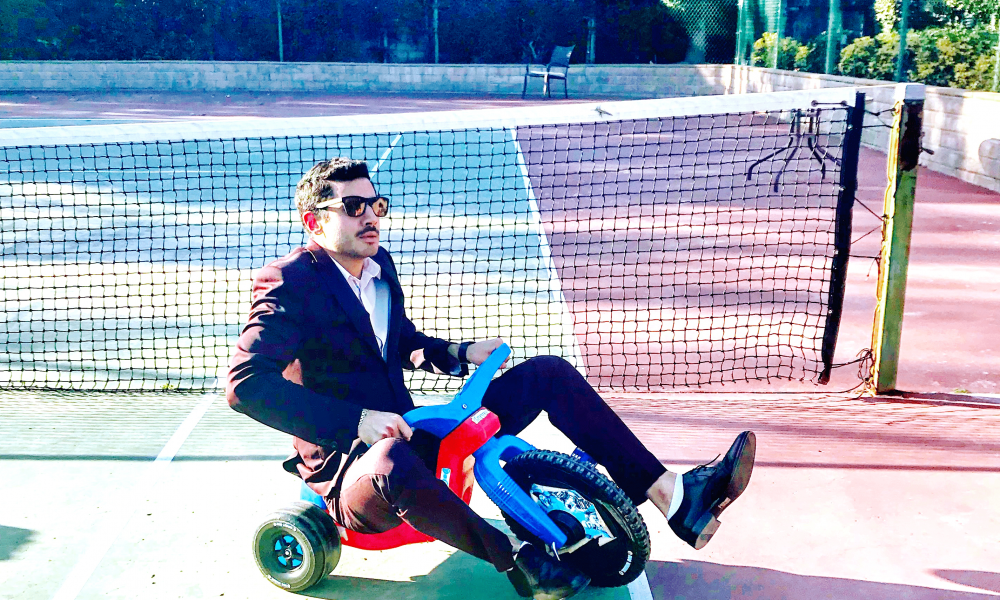 Today we’d like to introduce you to Yonatan Tal.

Yonatan, please share your story with us. How did you get to where you are today?
Born and raised in Israel, I’ve always been “the kid who draws”. I experienced some confusing teenage years, and in high-school, I finally realized that I want to make my hobby into a profession and somehow make it to “Pixar”. At the age of 18, I got drafted to a film unit within the Israeli Air-Force. There I found out I was gay and fell in love for the first time. After getting discharged at 21, I left to travel the world. I worked as a freelance artist for about a year before I could finally save up some money and left everything I knew and loved to chase my dreams in California where I began attending CalArts.

I struggled to blend in at school in the states. Not being able to differentiate the pronunciation between “beach” and “bitch” was just the surface level of my inability to relate. Fortunately, it got better with time, and I was able to focus less on blending in, and more on being an art student. I found an explosion of inspiration in my school full of crazy talented people. I made some great friends and worked harder than I ever thought I would have to. During my third year, CalArts sent me to study abroad in Paris at Gobelins which might have been the best six months of my life. My last year at CalArts I ended up winning the jury award (called the “Woody Award”) for my graduation film. Two months after graduation, I got a job in development at Disney TV. I was mentored by showrunners and directors, learned a ton about the system’s inner workings, got to storyboard on shows like “Amphibia” and “Monsters at Work”, and work on countless projects in development.

We’re always bombarded by how great it is to pursue your passion, etc – but we’ve spoken with enough people to know that it’s not always easy. Overall, would you say things have been easy for you?
I think I can say that I’ve been very fortunate. Not that everything in my life went so smoothly. Coming to terms with my sexual orientation and immigrating to a country on the other side of the world wasn’t easy, but I was given amazing gifts along the way that helped tap into my inner strength when the going got tough. Those gifts I’m talking about are my family, friends, and the inner compass that guided me. I’m grateful for all of them every day. I do want to make a point about hard work. Having big dreams and ambitions is great, but I’m certain that without putting my blood, sweat, tears into getting to where I wanted to be, it would have never happened.

I grew up in an average Israeli family, so going to a private art school in California wasn’t an ambition anyone around me could relate to. I knew that for me, it was everything or nothing. I freelanced as a cg and after effects artist on TV commercials or any little gig I could get to be able to fund my studies. I worked days, nights, weekends, and barely went out with my friends. Even during my summer and winter breaks at CalArts I would work as a freelance artist back home while my classmates interned at Pixar. Every year was a battle to make it to the next year, and since my parents could only help with minimal portions of the unimaginable tuition, I felt like my faith was in my hands. The uncertainty made me grind my teeth at night, but I knew I would do whatever it takes to be able to graduate.

There was one conversation I had while working at a studio back home I’ll never forget. I told one of the producers that I was planning to go to a school where the tuition is about $40K a year (today it’s $50K). She laughed and told me it was impossible. I remember my blood boiling, and thinking “You’ll see”. Every time I hear that something I’m driven to achieve is “impossible”, I get even more passionate and motivated to make it happen and prove everyone wrong. Recently someone told me it’s impossible to create an animated show or feature with a gay main character at a major studio. You’ll see.

We’d love to hear more about your work and what you are currently focused on. What else should we know?
I’m a storyteller that works in animation. My stories usually take place in the here and now. Animation often takes place in either the past, the future or in a timeless fantasy land, but I find a lot that can be said about the present, especially in the chaotic and fascinating time we live in. I’m inspired by my immediate environment. I find that I process a lot of my personal happenings by making a creative statement about them through my art and animation. The most important value for me when I create is authenticity. Even in a high-concept piece, I have to make sure that in the core of it, there’s a grounded idea, a relationship or an emotion that I know well. That’s the only way to create relatability.

I get so much strength, satisfaction and motivation from the feedback I get from my audience. During my last year at CalArts, I created a short called “Overweight”. It’s about having to leave behind the people and things you love when moving to a different country. Since immigration is so common and affordable nowadays, I received an overwhelming amount of messages from people who said the film helped them deal with similar struggles. It means the world to me to know that what I create has a positive effect by comforting others.

On top of authenticity, I strive to create content that is fresh. Of course, nothing is completely original. Everything new is constructed by parts of what came before it, but it’s always possible to use your unique point of view to tell stories that only you can tell in a way that only you would tell it. I don’t see a point in repeating something that’s been done before, and sadly, I see it happen more often than it should. I feel like when I put any kind of content out there, I have a responsibility to not waste my audience’s time.

So, what’s next? Any big plans?
Huge changes. My time at Disney is coming to an end this summer and I’m beginning a new and exciting chapter. I’m developing my own projects with a clear goal of moving the world forward, both socially and technologically. To clarify, my two main focuses are immersive storytelling (VR and AR), and LGBTQ+ representation in mainstream animation. I’m passionate about both missions in ways I can’t describe. I can’t give away any more than that at this point, but stay tuned! 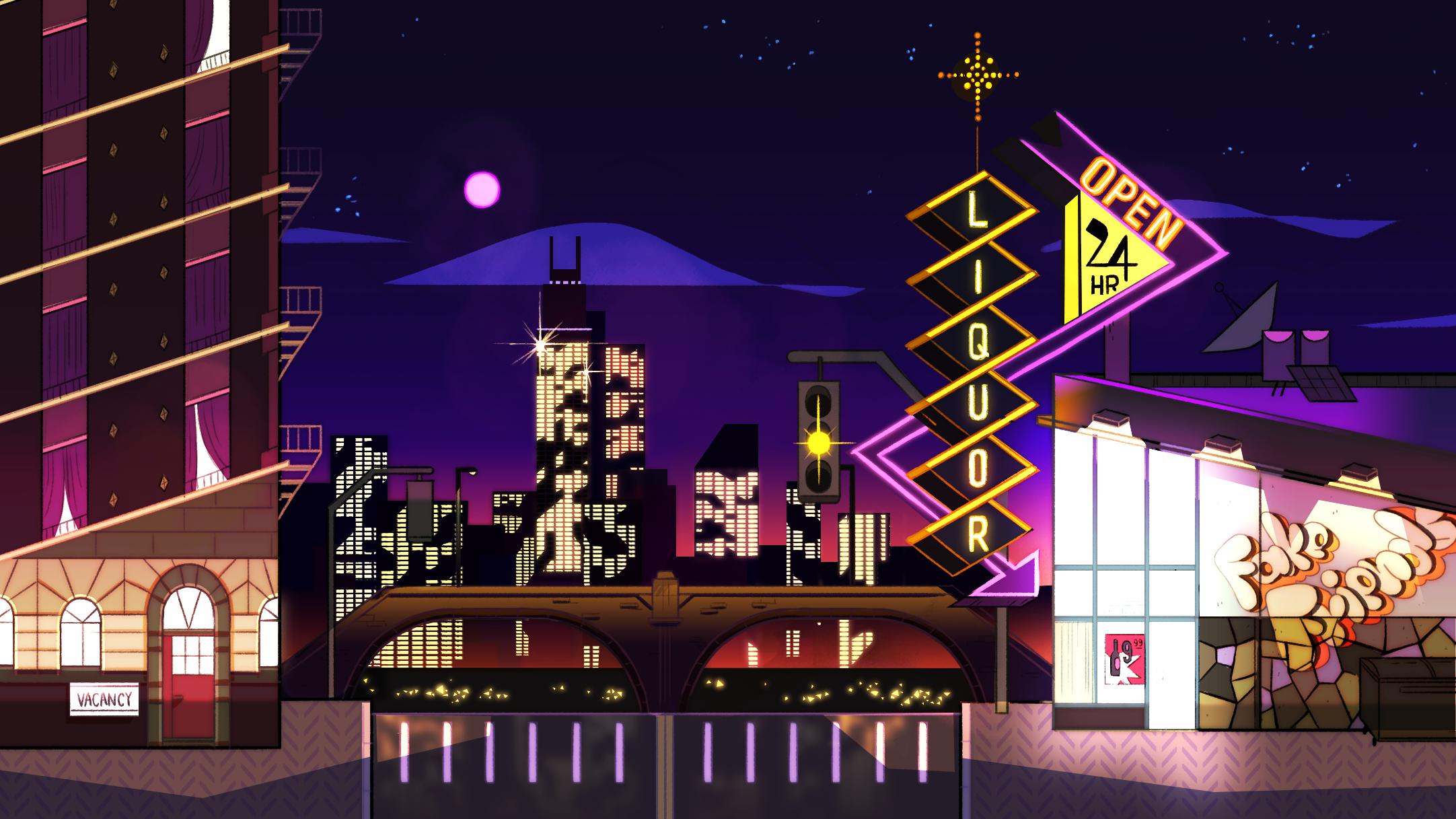 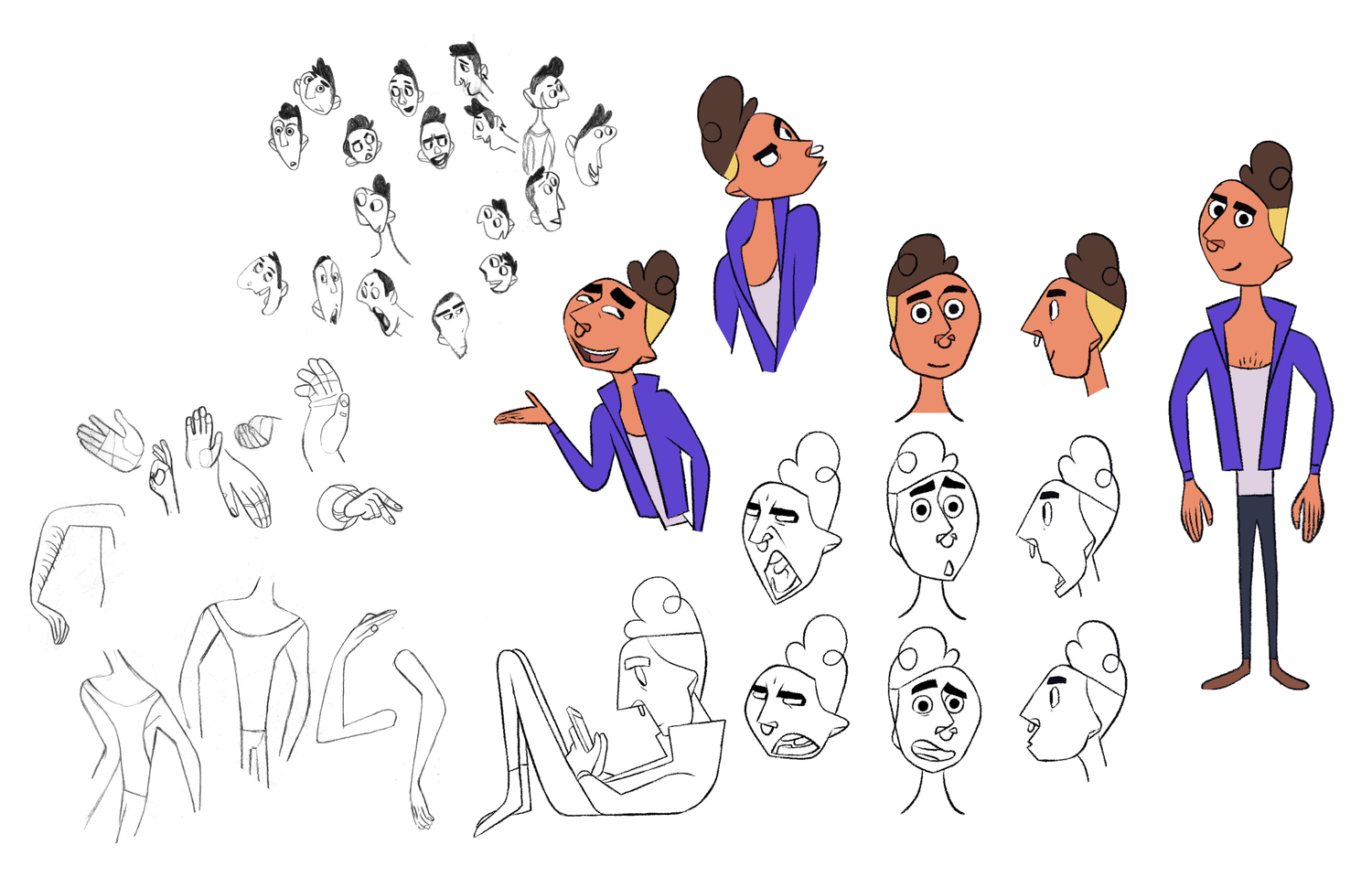 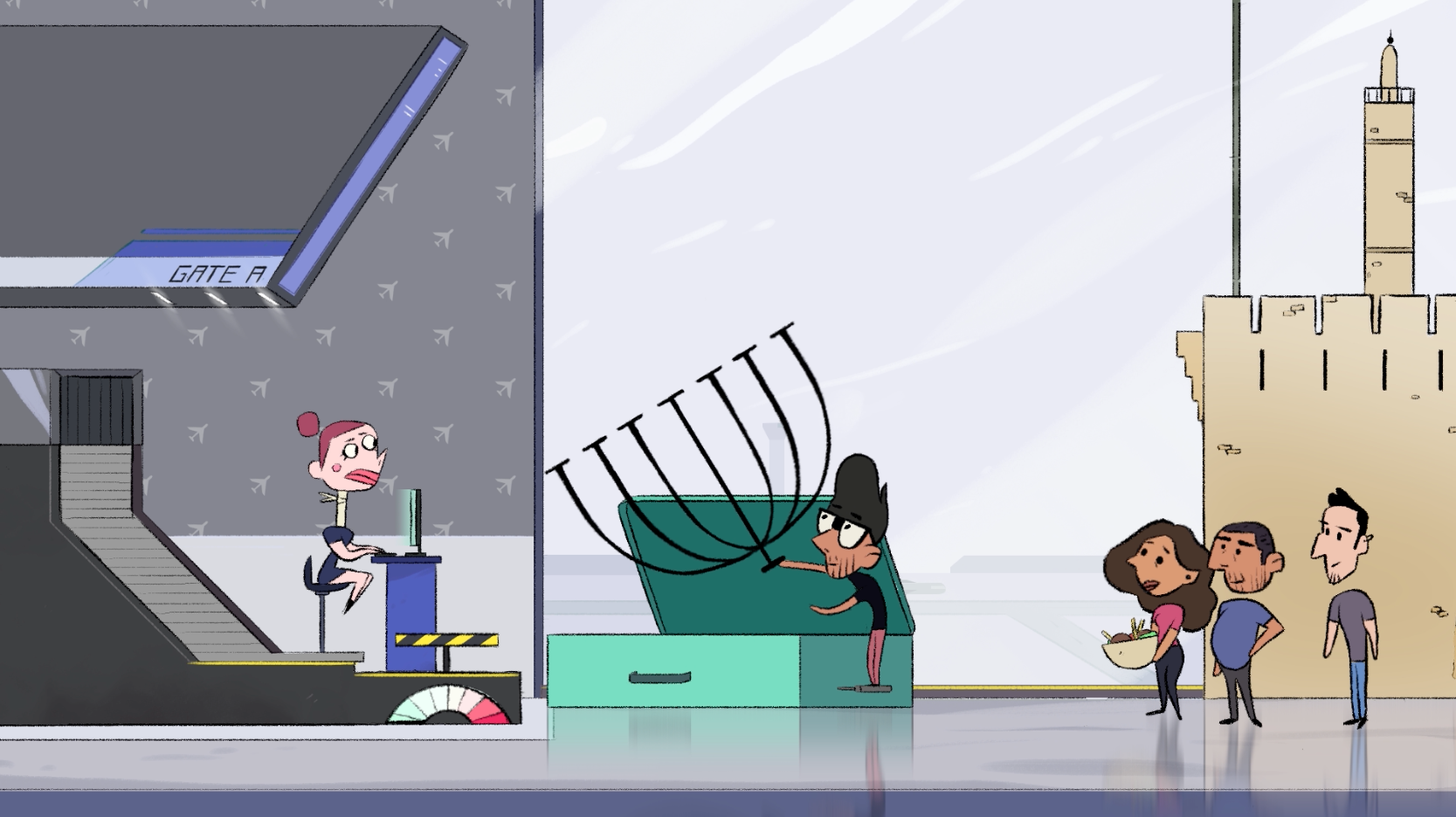 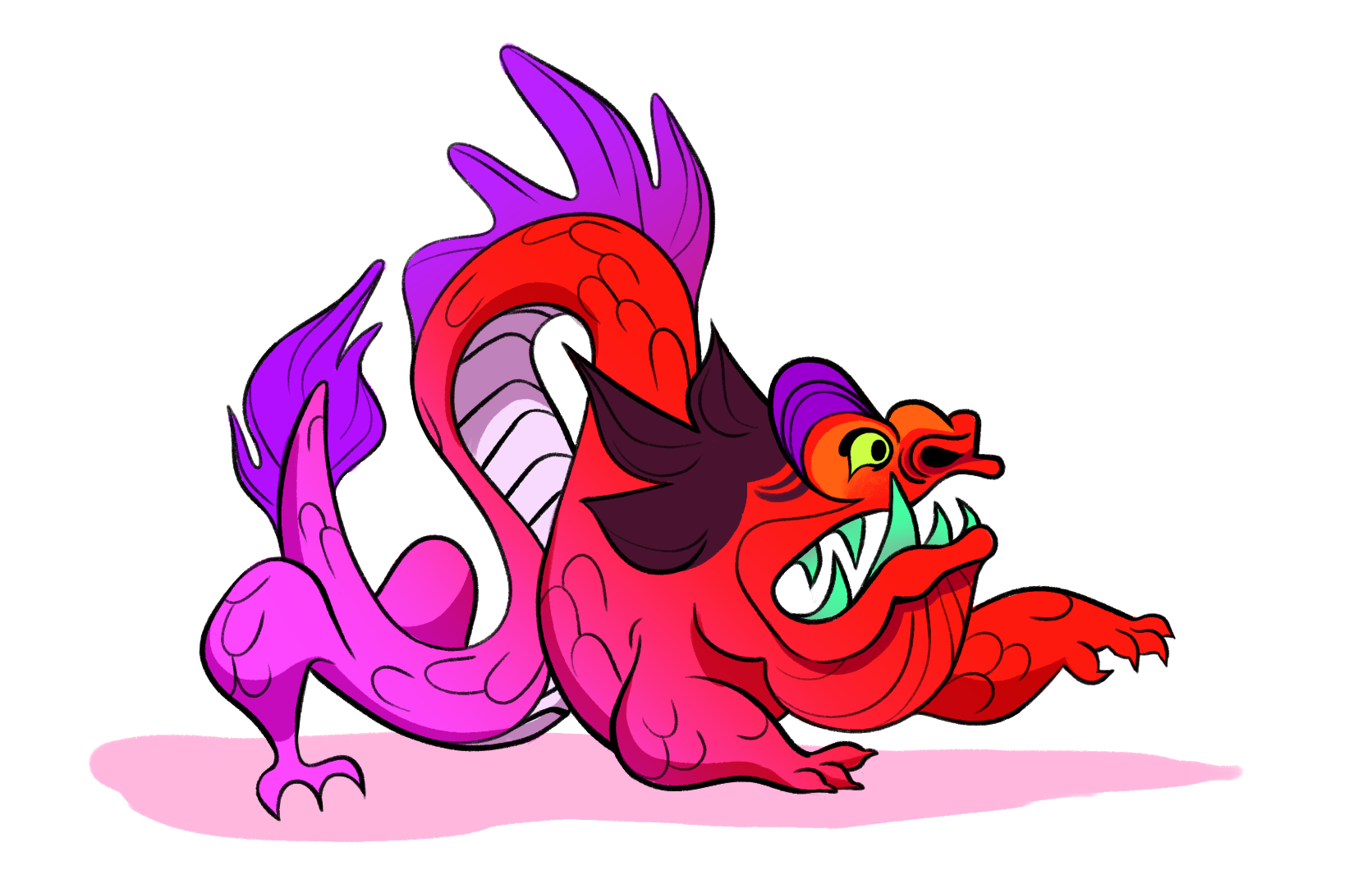