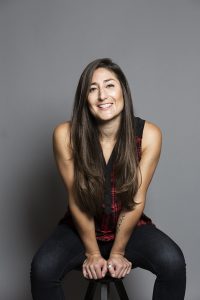 Today we’d like to introduce you to Leah Kayajanian.

Thanks for sharing your story with us Leah. So, let’s start at the beginning and we can move on from there.
One night in July of 2006, I found myself drunk off Jagermeister shots and trembling onstage at the Loony Bin Comedy Club in Oklahoma City – my first open mic. I told jokes like this: “I have a friend named April. She was born in November, so that’s kind of confusing. Every time the month of April rolls around, I wonder if she feels just a little bit more like herself.”

The thing about standup is once you get a laugh, it hooks you. I did get a laugh (maybe even TWO laughs), and just like that, I got into standup comedy. I was 24. After five years doing standup in OKC, a town where I received that local-level fame that makes you think you’re better than you are, I moved to Hollywood in 2011.

Since arriving in LA, I’ve become a non-paid regular at the Comedy Store, I’ve been passed at the Hollywood Improv, and I’ve been on Roast Battle (Seasons 1 & 2) on Comedy Central. Those are my “credits”.

Here are the things I’m most proud of –

I ran a community staple comedy show, “The Workout Room,” with five other comedians for over six years. (We changed locations almost as many years as we existed.) The backyard show had one rule – “new material only”. We’d provide food and beer and a place to work out new material without all the pressure that comedians might feel on a regular show, where they felt like they couldn’t do new jokes.

In 2016, I teamed up with longtime friend Jenny Davis, the perfect compliment to my personality, and her sister, Emily Davis. We made a web series, “Sassholes”, (season three to come in 2021!). We named our collaboration Sassholes Productions. Earlier this year, we released our comedy podcast, “What’s Your Beef?”

Overall, has it been relatively smooth? If not, what were some of the struggles along the way?
My biggest personal struggle came then when I started to question whether or not I even liked doing standup comedy. It seemed like I had put so much pressure on the thing that I loved, I made myself not love it anymore.

As the ups and downs of my career started to wear on me, I noticed I wasn’t alone in that feeling – my peers were often going through the same thing. And it didn’t matter who got what opportunity. It seemed for a while like no comedian was ever happy with where they were in any stage of their career. I heard people writing for TV shows wishing they could have their own show rather than write for someone else. I heard people who got onstage every night at the Comedy Store wishing they could just get a TV show. Even I had things that others coveted (a TV spot on Roast Battle, hosting gigs at the Improv), but I was never happy with these things for various reasons.

For example, when I got to appear on the first season of Roast Battle, I focused on the fact that I’d lost the battle to the very funny Olivia Grace. I spent all night berating myself for stumbling over a word in my first joke even though my jokes were funny. And that’s when I thought to myself if I wanted to be a comedian on TV, and here I am, then why do I hate this? Why am I never happy with it? Will I EVER be happy with it?

It wasn’t until I teamed up with the Davis sisters that I got a better vision of who and what I really wanted to be. First of all, everything we do starts from the three of us goofing around in a room together, tossing out ideas. Even better, because we had already been in the LA comedy scene for so many years and I had run the softball league, we had access to so many talented minds who were willing to help us make our vision a reality.

We’d love to hear more about your work and what you are currently focused on. What else should we know?
Sassholes Productions is built from the idea of creativity unfettered by outside pressure. My vision for the future of our little production company is to eventually open a creative community center where we make it easy for people to collaborate and create their art for the sheer joy of it.

I’m not going to make it sound like we blew up with our DIY projects that came from Sassholes Productions. That’s misleading. We’re building a slow following with our web series and a slightly bigger but still slow-growing following with our podcast, “What’s Your Beef?”. But that doesn’t matter as much to me as the fact that we’re HAVING FUN making these projects. When I took all the pressure off myself and focused on making exactly what I wanted with the people I wanted, I once again found the love I had for comedy, just in a different form. It has nothing to do with being famous making it big. It has everything to do with doing the thing I love with the people I love. To me, that’s what life should be about.

Any shoutouts? Who else deserves credit in this story – who has played a meaningful role?
The fan following that the comics in Oklahoma City built those first five years of my comedy career was remarkable and has remained loyal and supportive throughout the years. They are the best fans I’ve ever had. Even though I’ve been in LA for close to 10 years, they believe in me like they did from the very first time they saw me onstage, and for that I owe them a debt of gratitude. When I think of my support network, I will always think first of Oklahoma.

Shout out to the comedians who made the Workout Room work for all those years – Greg Edwards (the heart of the show and the man with the original idea), Megan Rice, Jeff Sewing, Simon Gibson, and Doug Dixon. Special shout out to Doug Dixon and his wife Meredith Petro for hosting the show in their backyard and inviting the entire LA comedy scene to their place, welcoming everyone like they’ve known them for years.

So many LA comedians helped us create the Sassholes web series – Edwin Li directed and edited the second season, Katie Merriam and Jeff Sewing directed and edited the first season, Tom Young was our DP, but really our everything guy – he set up lights, sound, camera, etc. And so many comedians acted in the episodes. To name just a few who had larger roles – Jonathan Rowell, Robert Vertrees, Lauren Martin, Jeremy Martin, Phoebe Ventouras, Adam Allgood, Aaron Pita, Jeff Sewing, Greg Edwards, and Kevin Fard.

Most of the credit for the person I am today goes to my amazing husband, Sosa, and daughter, Isa – they believe in me more than anyone, they keep me real, they keep me honest, and they remind me every day what’s really important. They remind me to always move forward but to stop every now and then to enjoy the view. 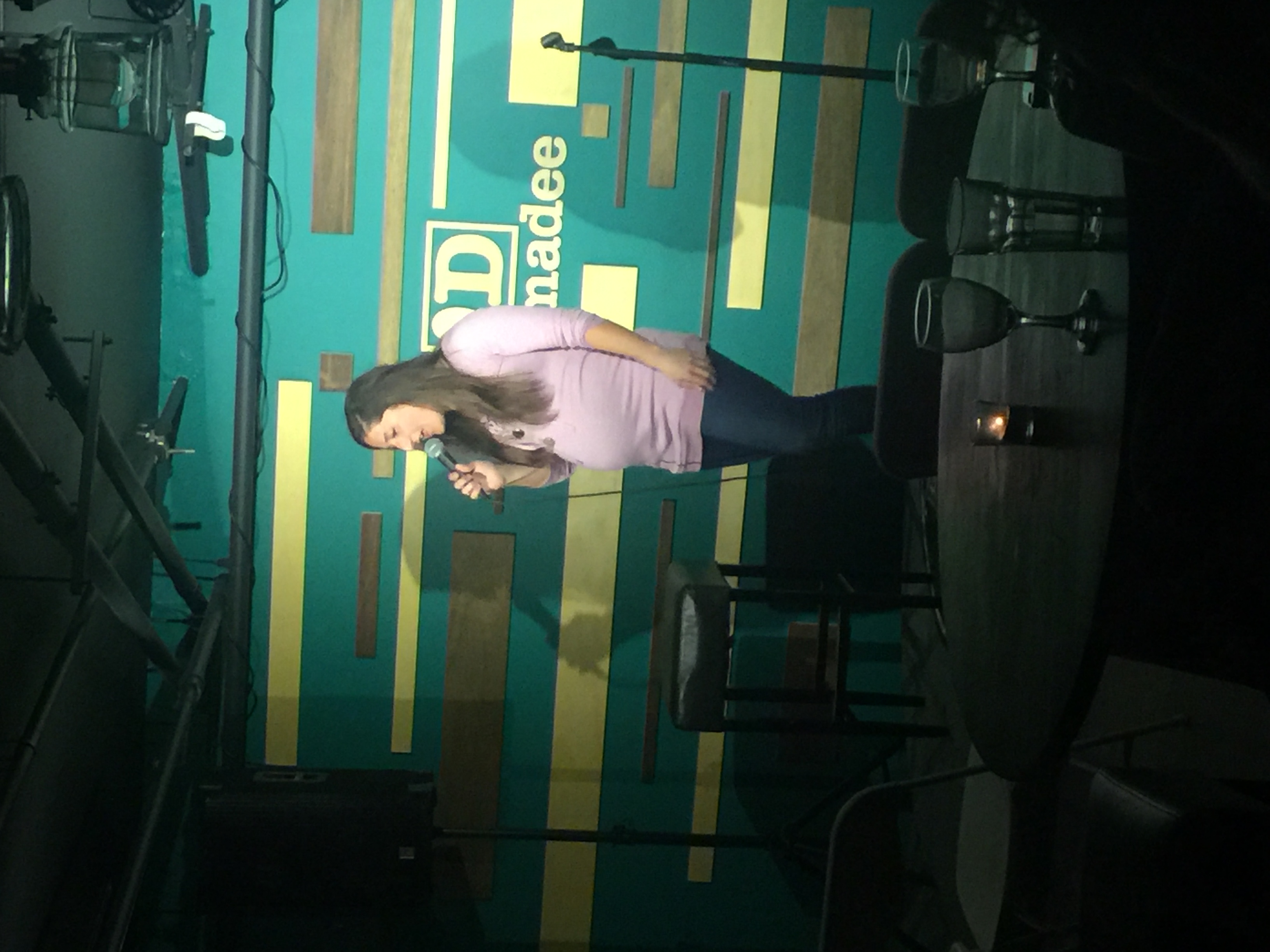 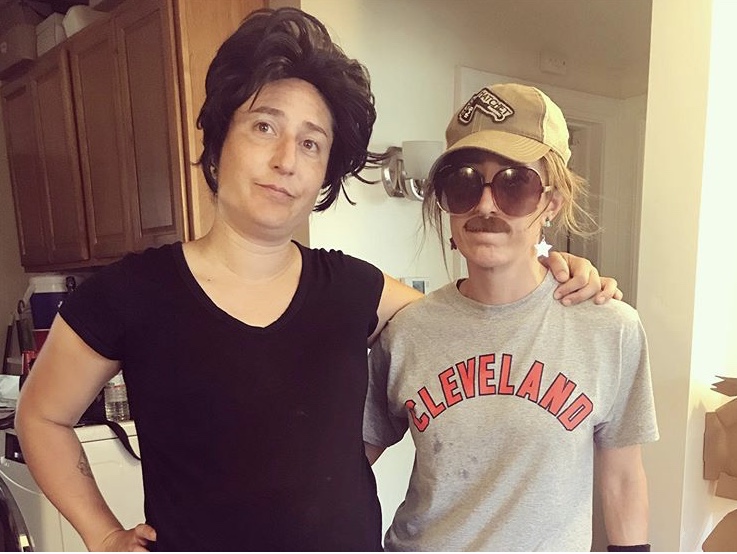 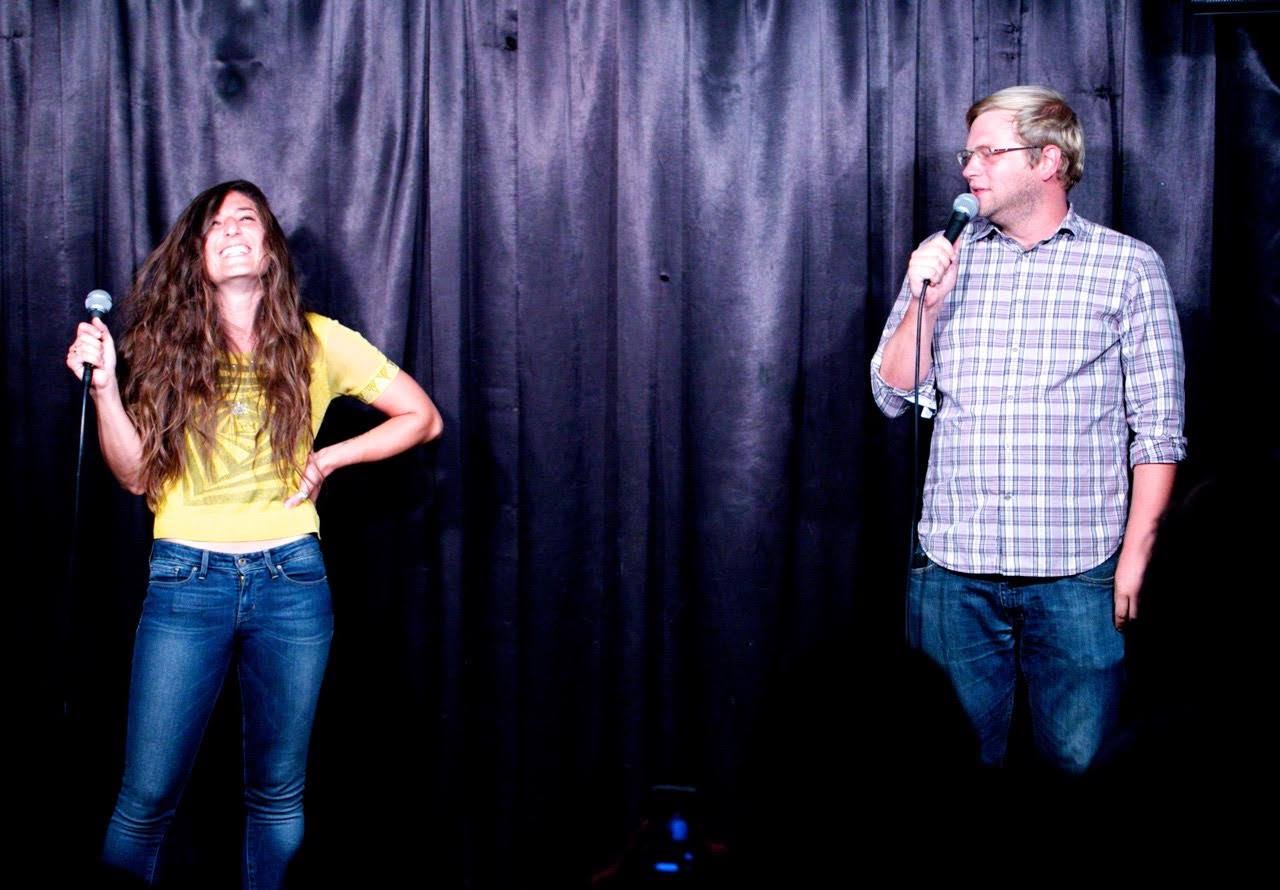 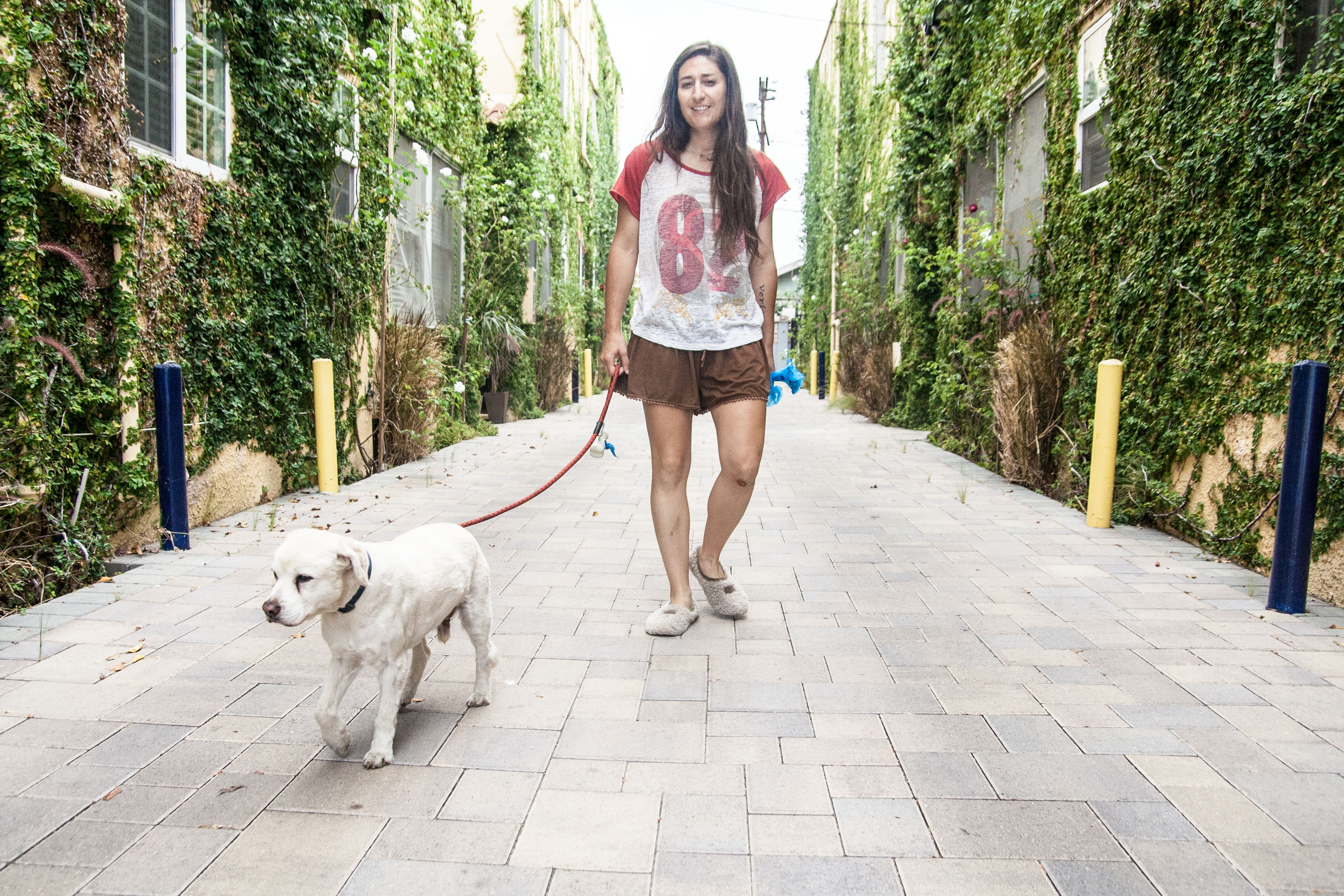 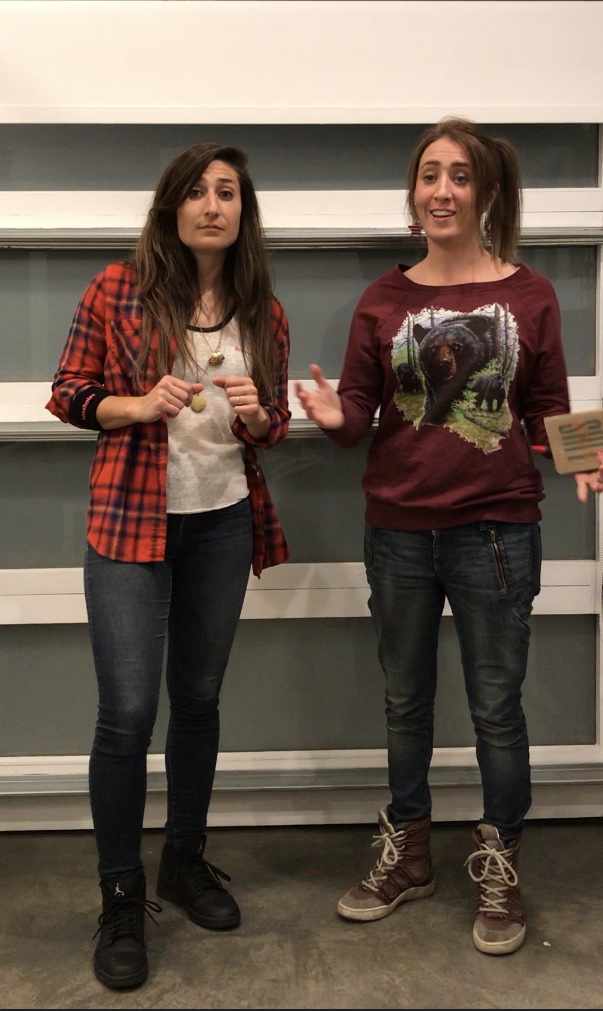 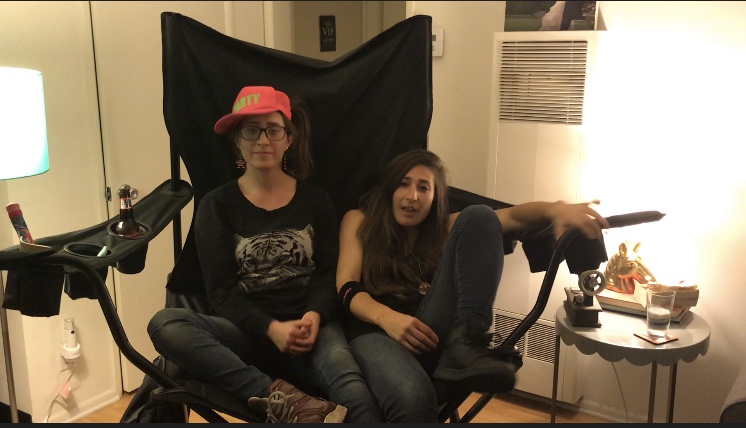 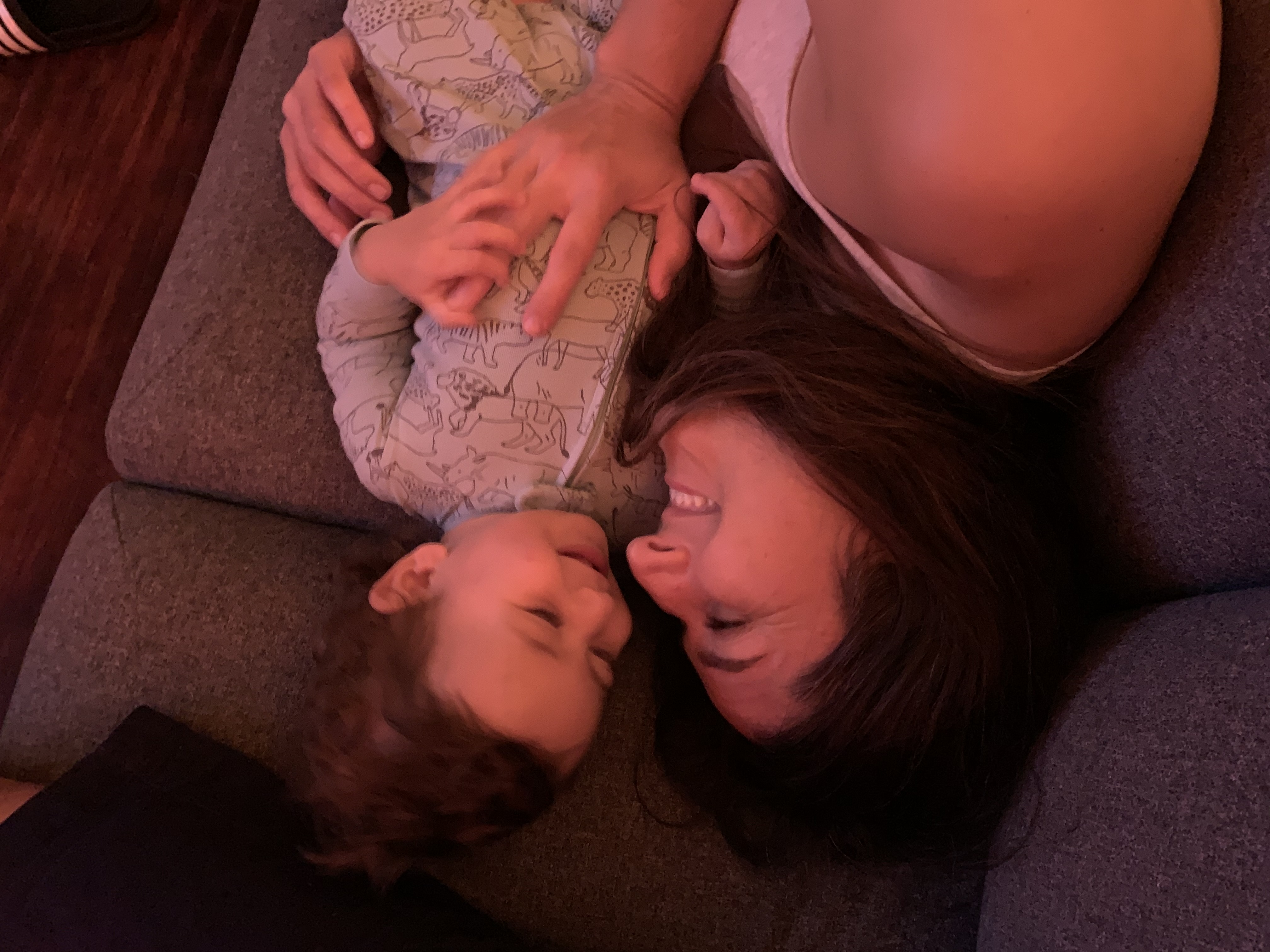 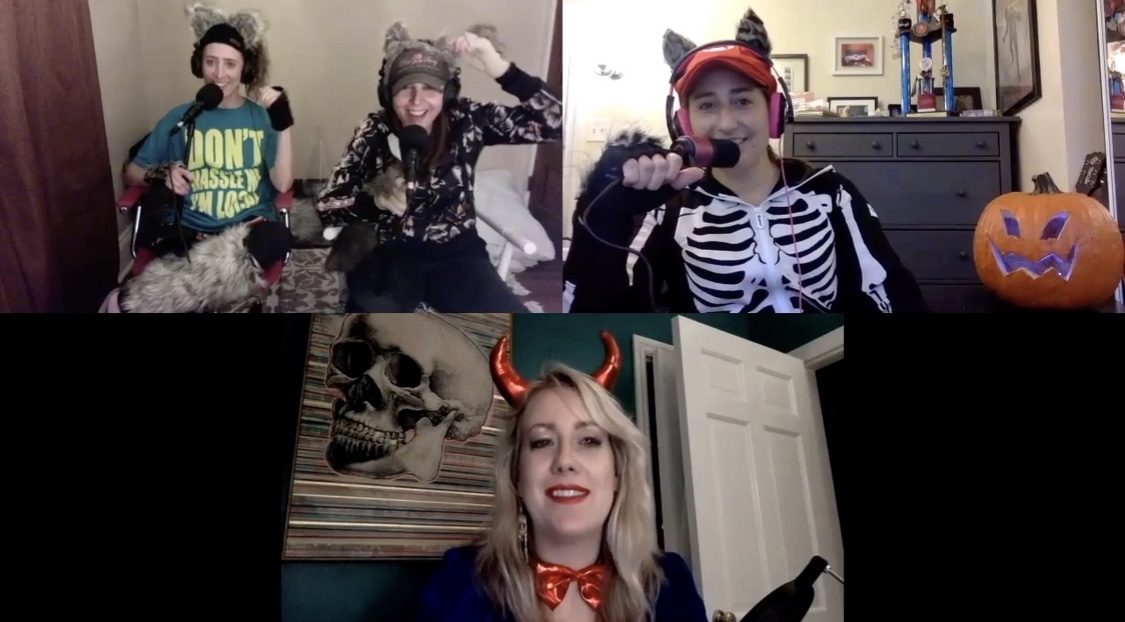