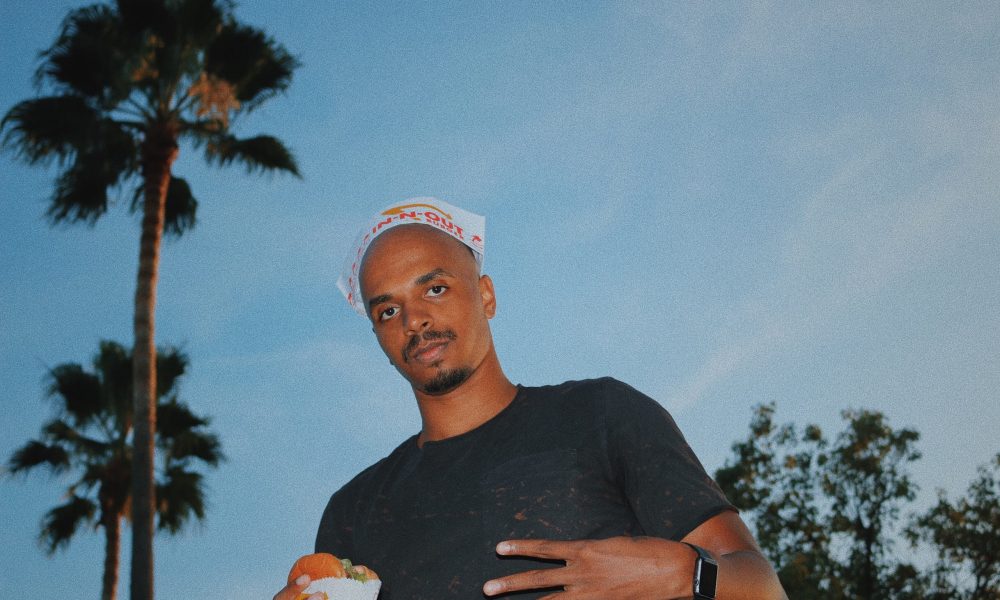 Today we’d like to introduce you to Tavaris Smith.

Tavaris, let’s start with your story. We’d love to hear how you got started and how the journey has been so far.
My comedy career began about five years ago. I started off writing really long, honest, and funny Facebook statuses about my shortcomings in life (Going bald, bad dates, striking out with the ladies at the club, etc.). My best friend Matt suggested I try out stand-up. One night, I drunkenly signed up for an open mic competition and instantly fell in love with it. I was very lucky to be able to perform at several shows in Wisconsin and Illinois. After performing at local shows for a little over two years, I decided to move to Los Angeles. The move was a big step. I was looking for new challenges in all aspects of life, and LA definitely provided that. Everything from my full-time job as a cleaning crew member for a fitness studio, to sharing a small Baldwin Hills 2 bedroom apartment with six people. I faced a number of long, tough days. I started going to random open mics around the city. Because I didn’t really know anyone in the comedy scene, or in LA in general, I struggled to book shows. I started finding a bunch of indie and one-off shows on Craigslist which was a crapshoot every time.

After about four months, I lucked out big time and landed a Craigslist gig opening for a Harry Potter-themed burlesque show in the Main Room of The World Famous Comedy Store. Before moving to LA, performing in that room was my “If I can do that, I’ve made it” goal, and it seemed like decades away. For it to have happened this way was insane to me. I did the show, and it went really well. It was hands-down the best night of my life. Since then, I’ve been able to perform at several clubs around the city. I’ve done a number of shows at The Comedy Store, Ice House Comedy Club Hollywood Improv, The Mayan Theatre, Catch One, as well as countless indie shows at some of LA’s dopest venues and bars. The biggest challenge I’ve faced is getting people excited enough about my comedy to attend a show. To help promote any upcoming show I have, I recreate iconic album covers with a comical twist. Everything from Justin Bieber’s “Changes” to 50 Cent’s Get Rich or Die Tryin’. I figure if I can make someone laugh while promoting a show on social media, they’re more likely to attend the show or at the very least become more aware of my work. I’ve even had some of the covers printed on pins and they’ve become quite the popular accessory. I make sure I always have a bunch of them with me just in case anyone wants to #supportbaldbusinesses.

In an effort to take control of the frequency of which I perform, I started my own monthly show called The Next Show. I use it as an opportunity to develop my material in front of fully engaged audiences, and to work alongside some of my favorite up and coming and established comedians in Los Angeles. The show has taken place at a different venue every month and is always free. I’ve done so many shows, and I use The Next Show as an opportunity to take everything I’ve liked and disliked about shows I’ve been on in the past and apply it to my show. Right now, the show is on hiatus due to the COVID-19 crisis, but I hope to get right back to it when it’s safe to do so.

Has it been a smooth road?
The road has been rough. I pretty much dropped everything in my life back home to start fresh in a city I had never been. I didn’t have a job lined up, and I was going through a really bad breakup at the time. My knowledge of the city was very limited as were my budget and living options. I reconnected with a childhood friend who had moved to LA a few years prior. I was fortunate enough to be able to crash on his couch for a little over a year. That year was easily the most challenging year of my life. My relationship had fallen apart, I only knew three people, I had no privacy in my living space, and I was battling a wave of self-doubt. Being 29 going on 30, sharing a two bedroom apartment with five other people, working full-time as a cleaning attendant for a gym as well as a front desk receptionist for an assisted stretching company, and only getting to perform a few times per month was not what I had in mind when I moved here. I definitely fell into a mental slump and questioned the decision to move here almost on an hourly basis. I knew changes had to be made.

The first obstacle I had to overcome was getting booked for shows. I would take any and every opportunity that presented itself. I searched social media, went to open mics, and even found some shows via Craigslist. Those were always hit or miss. One show I did was on the rooftop of a dispensary in Mid-City. The crowd was made up of the comics on the lineup, the host, and two budtenders. I also found a gig in Chinatown that required me to perform wearing a paper bag over my head. My first non-Craigslist booked show came when a friend from college reached out to me asking if I wanted to perform in a storytelling show in Pasadena. I had never done a storytelling show, and really had no idea what I was going to talk about, but I accepted it anyway. My roommate at the time suggested I talk about my recent breakup. I did exactly that. I realized while trying to come up with a funny twist to something I did not consider funny, it made it easier to step outside of myself, reflect, and ultimately get over. The story killed that night, and it landed me another gig a few weeks later. I’ve since been able to use comedy as a way of dealing with painful situations. If something bad happens to me, but I get a bit out of it, I consider it a positive.

We’d love to hear more about your work and what you are currently focused on. What else should we know?
I am a stand-up comedian, actor, and producer of The Next Show: A monthly comedy show featuring myself and comics from all around the city. When coming up with the idea for The Next Show, I kept in mind everything I’ve loved and hated about shows I’ve done over the course of my career. For example, there is no cover charge to The Next Show. It’s easier to get people in the door if they know they don’t have to pay to get in. I consider venues like The Comedy Store, where you potentially can see Dave Chappelle, Bill Burr, Joe Rogan, for $20 (+2 Drinks) my direct competition. Having an alternative like The Next Show that costs significantly less, featuring very talented comedians (Audrey Stewart, Sarah J Halstead, Kalea McNeill, Charlie Wilson, just to name a few) has proven to draw respectable crowds thus far.

In addition to being free of charge, I took into consideration the promotional methods. In the past, I have posted so many comedy show flyers on all of my social media platforms that have completely gone ignored. In an effort to build more excitement for my shows, I started recreating iconic album covers with a comical twist and posting them on my social media platforms. I’ve left no genre untouched. Everything from renaming 50 Cent’s “Get Rich Or Die Tryin'” album to “Tell Jokes or Die Tryin’,” to Drake’s “Nothing Was The Same” album to “Nothing Left To Shave” (Because I’m bald, do you get it?), it has truly helped build excitement around my shows, as well as increasing the awareness of my comedy career. Some of these recreations have been reposted by the artists themselves. Anderson. Paak, Snoh Aalegra, SAYGRACE, and August 08 have all shown their appreciation for The Brand over the past year.

Is our city a good place to do what you do?
I feel like LA is the perfect location for any creative venture. There is always so much happening here, and so many walks of life. I truly feel like the possibilities are endless. My biggest suggestion is to connect with as many people as you can. Diversify your ideas. Every person has something to offer. Whether it be an idea, energy, laughter, music, whatever! I have come up with and refined so many ideas through conversation and stepping out of my comfort zone. 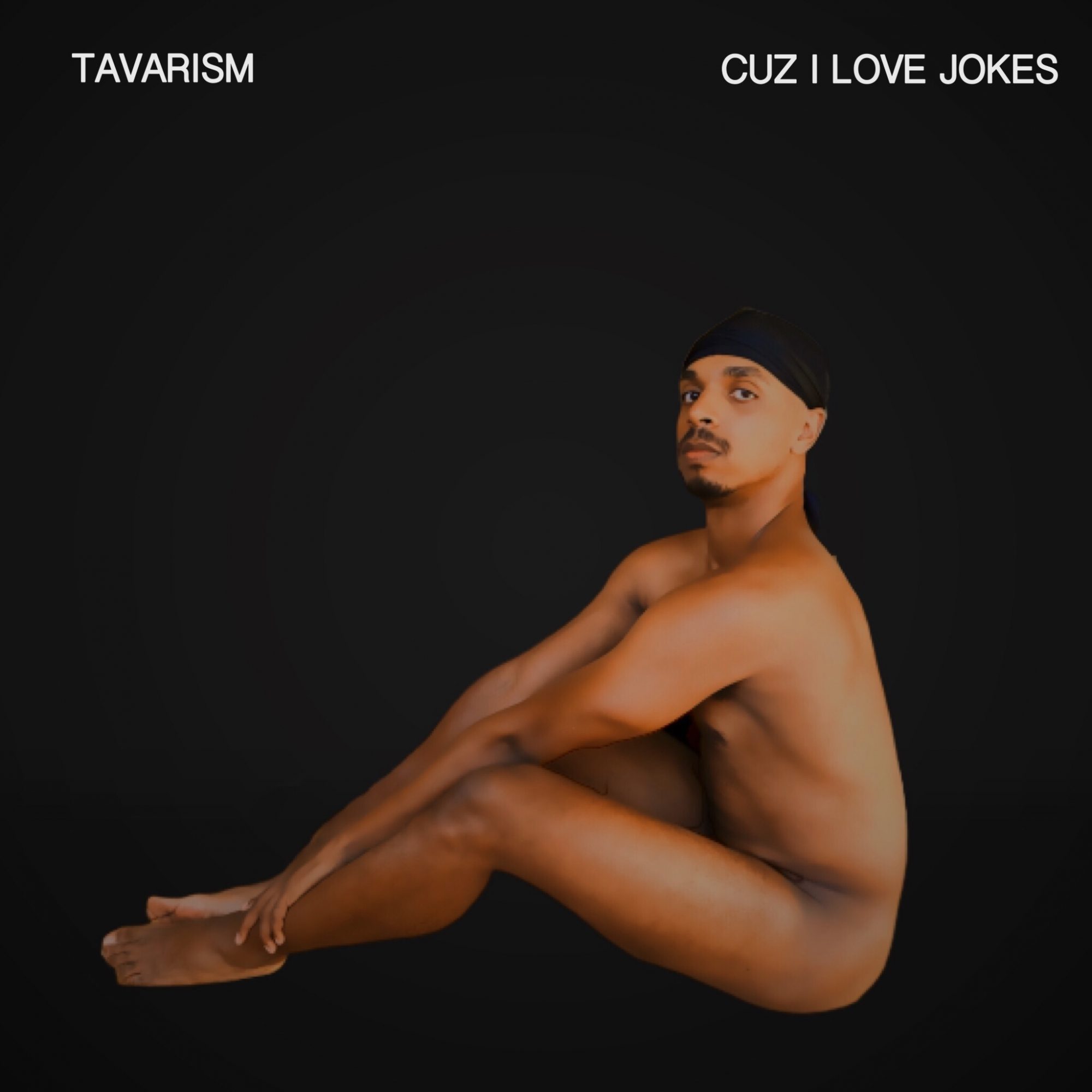 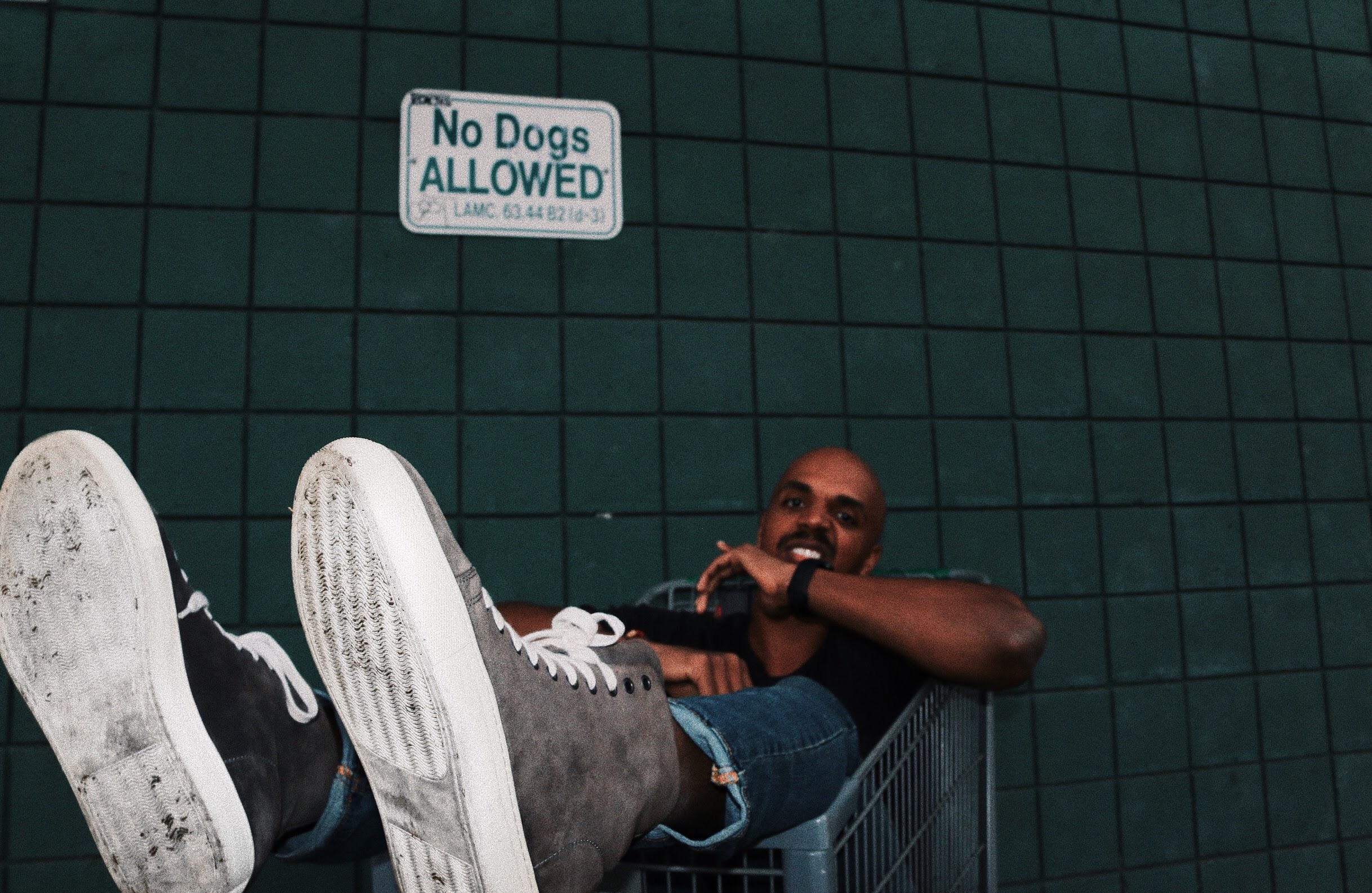 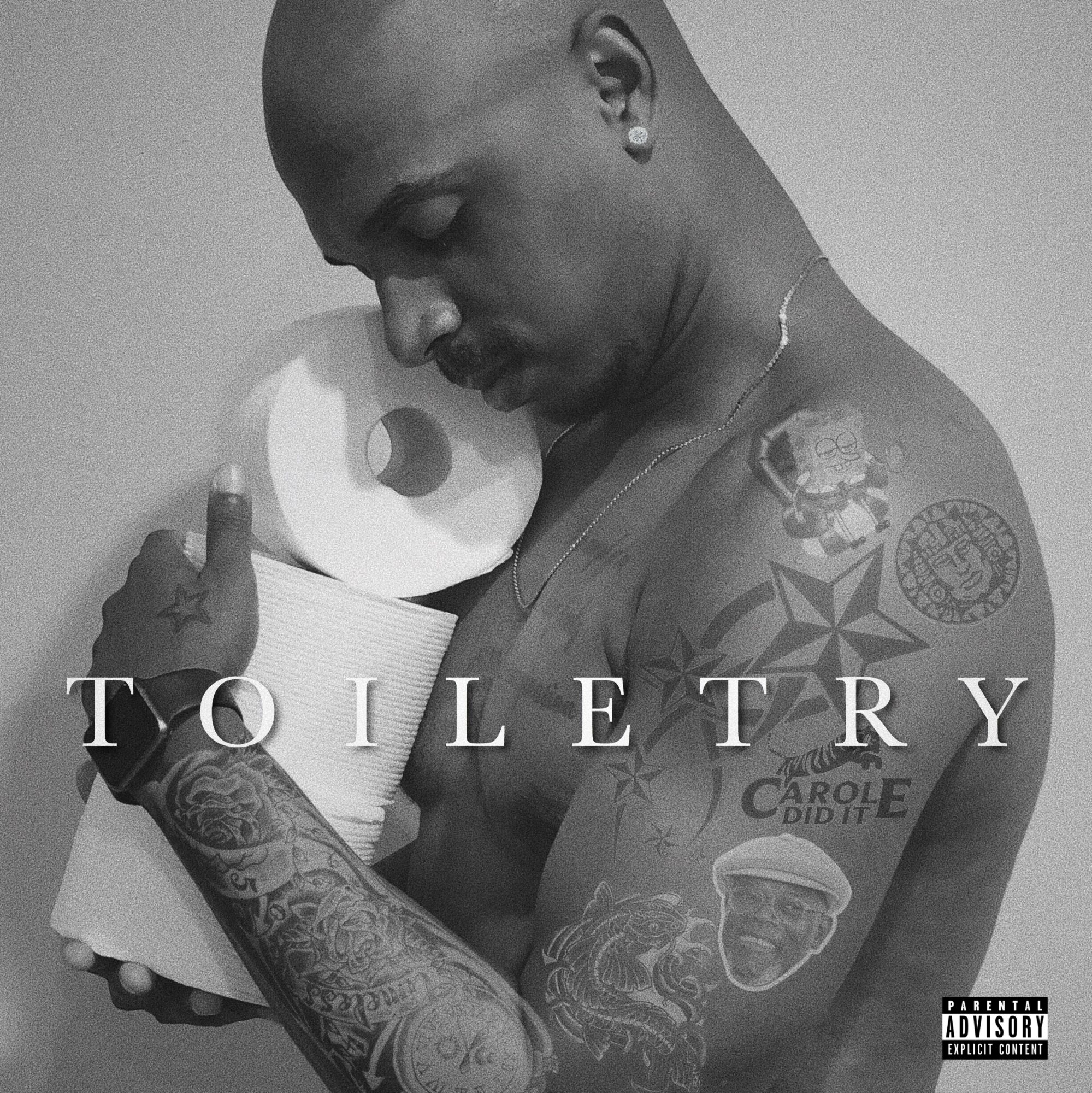 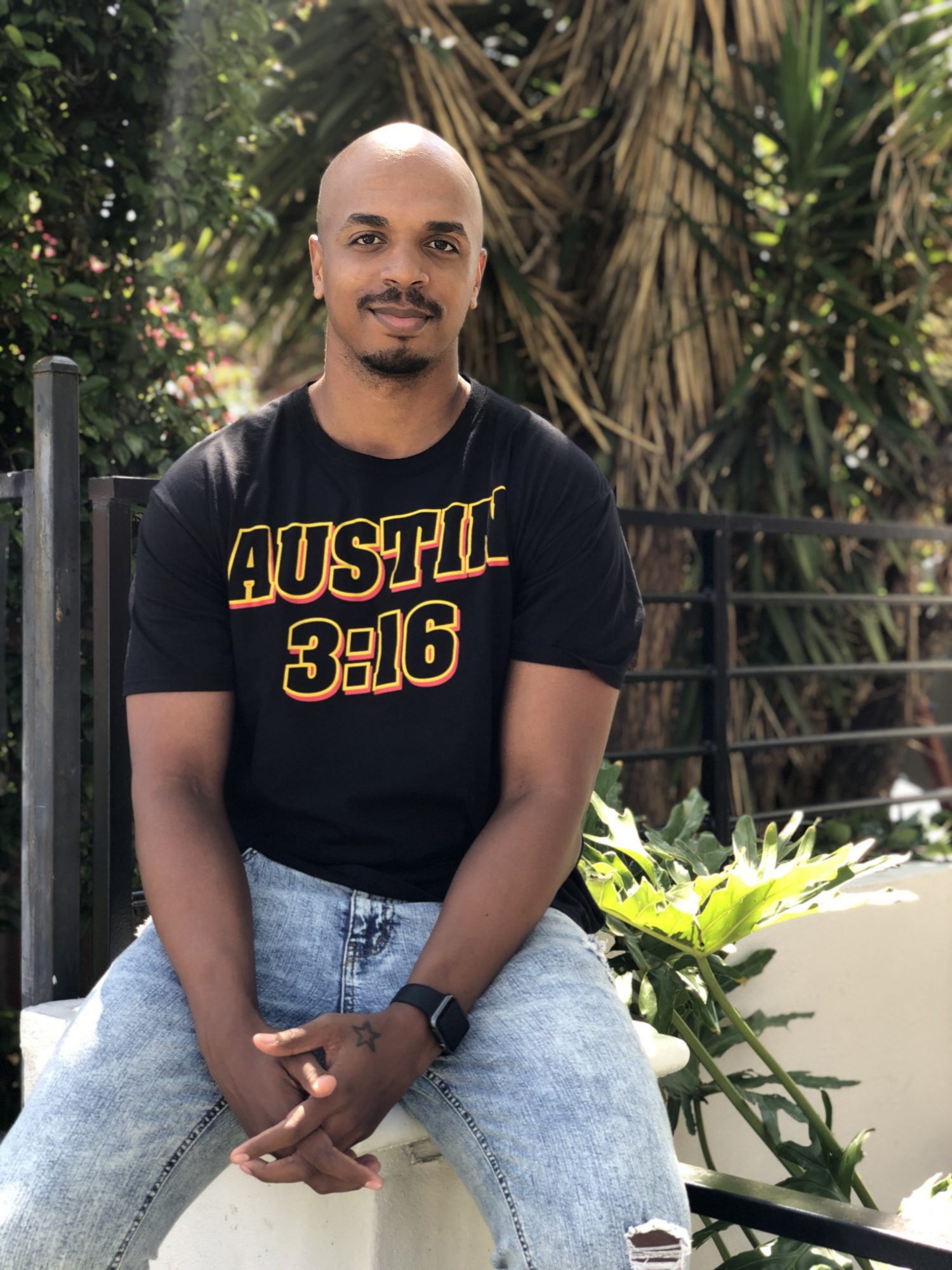 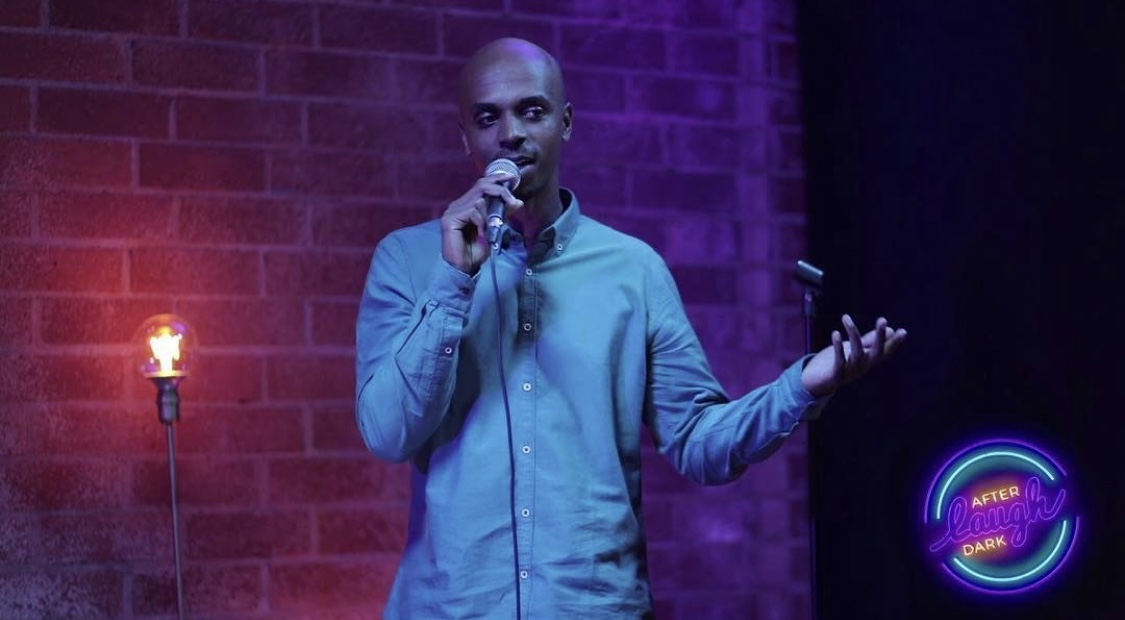 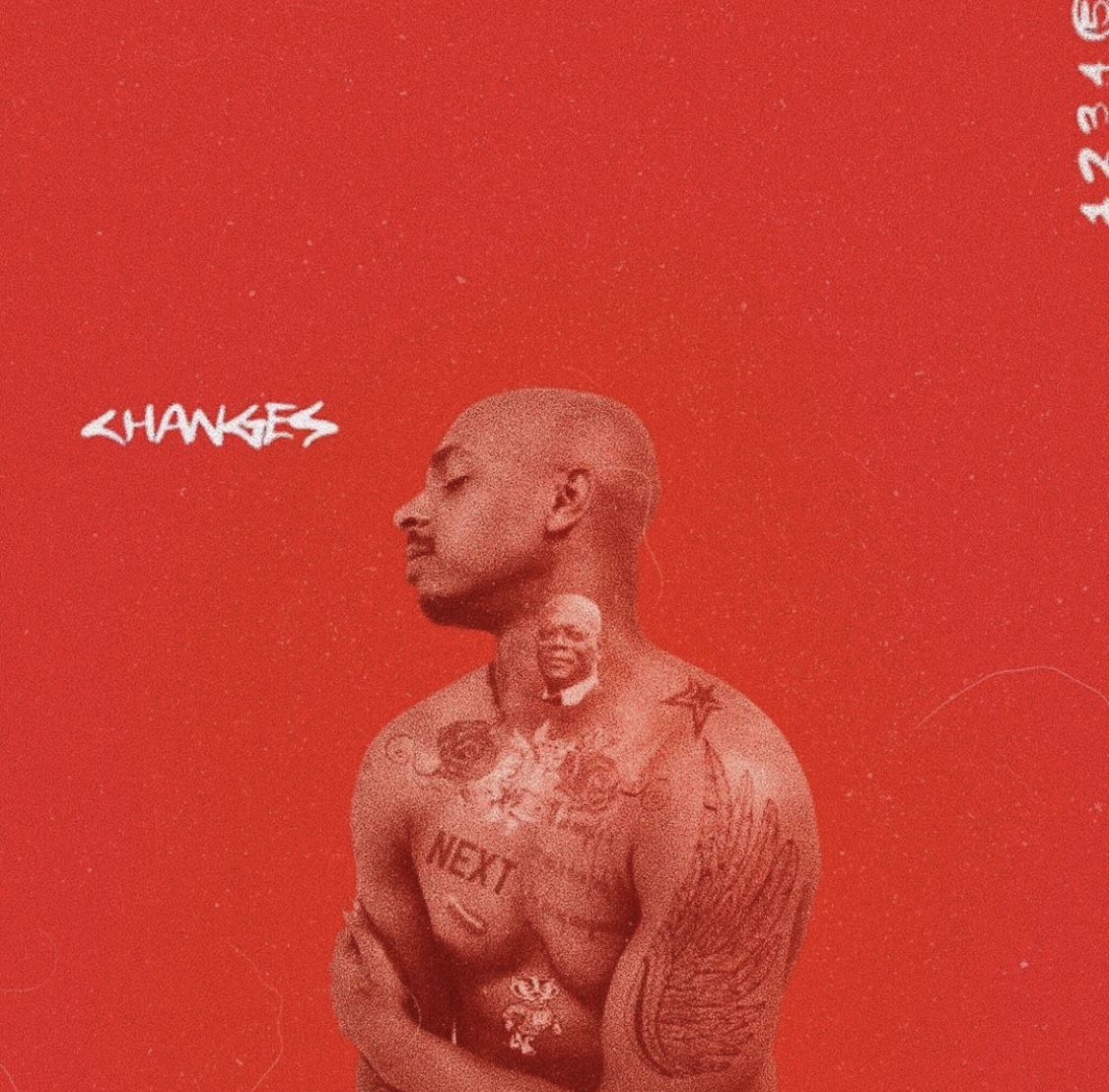 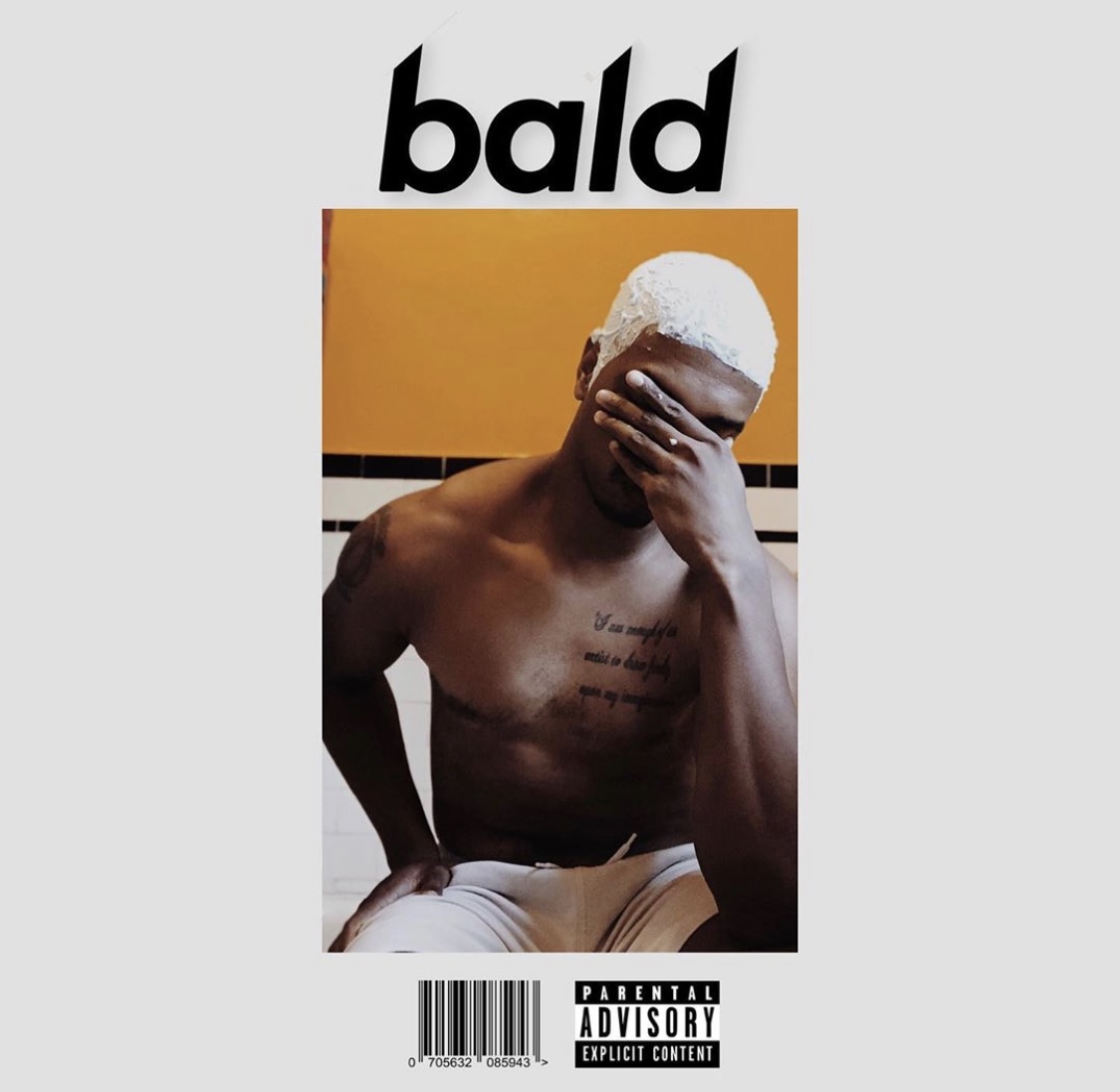 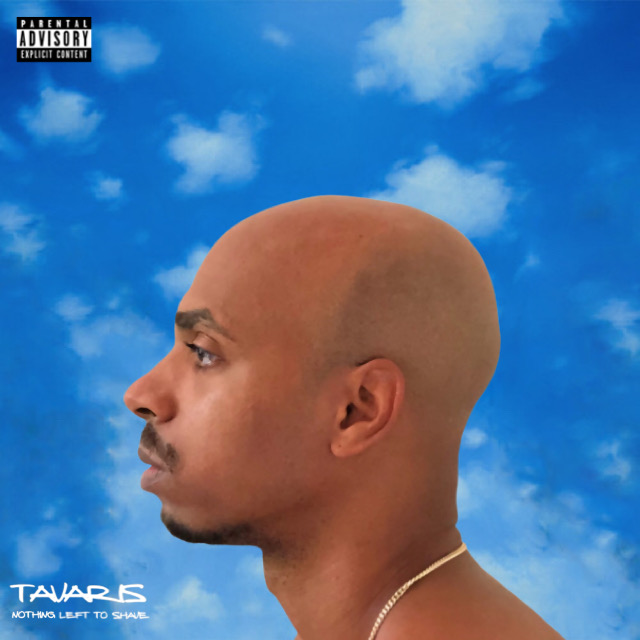 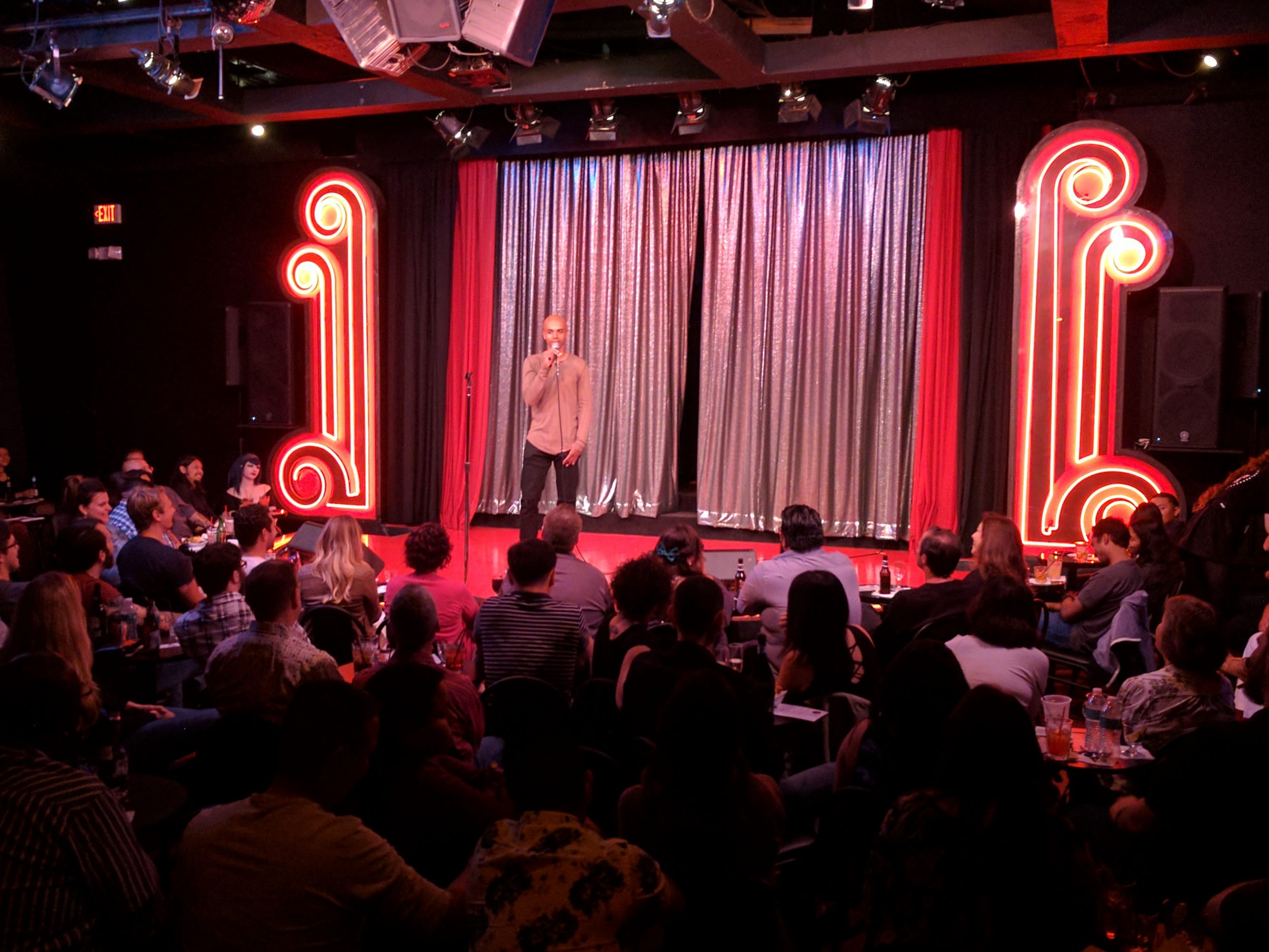 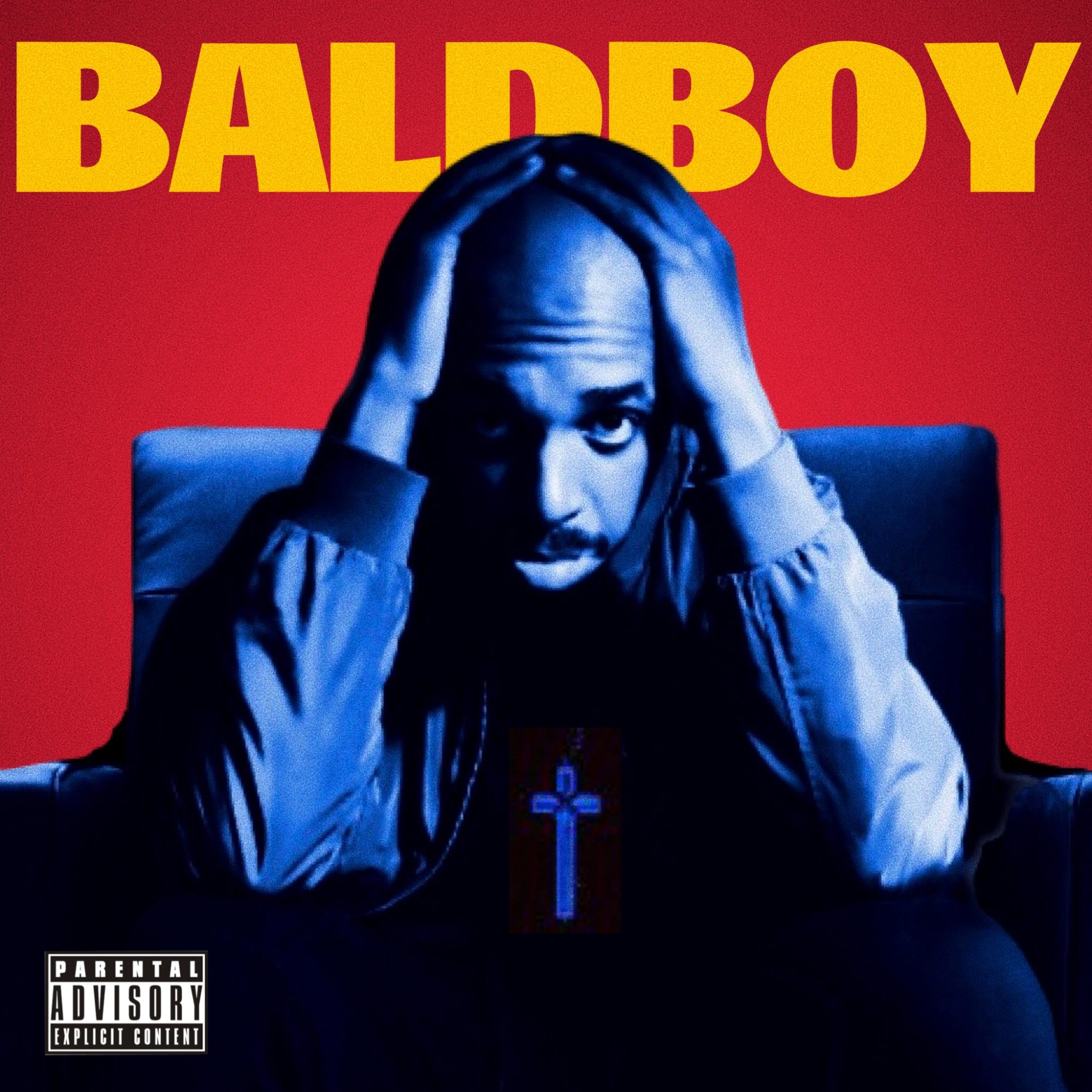