Meet Tamiah Bantum of Young One Studio in Hollywood 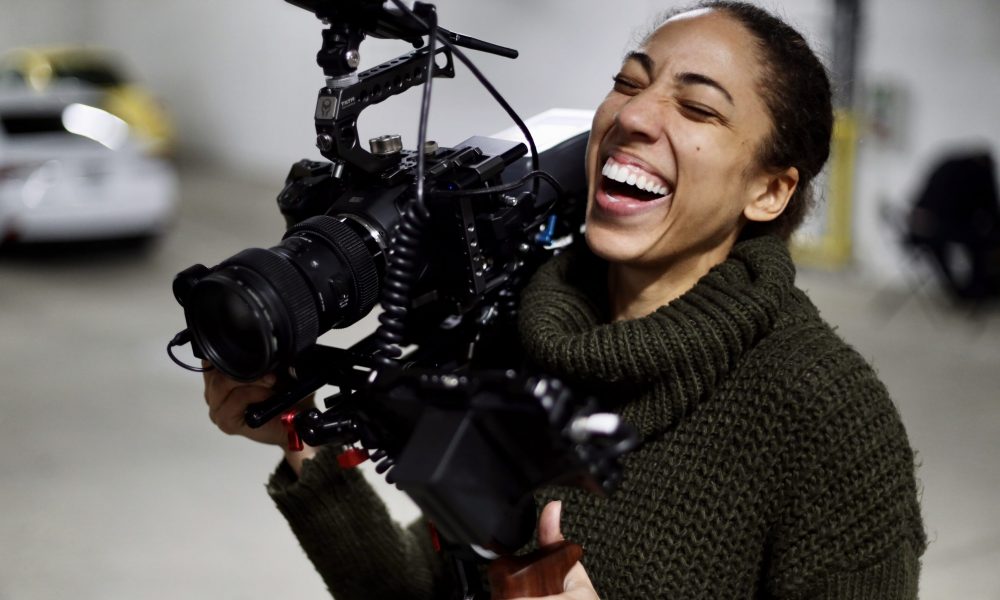 Today we’d like to introduce you to Tamiah Bantum.

Tamiah, let’s start with your story. We’d love to hear how you got started and how the journey has been so far.
Well, I’ve dabbled in nearly every art form at one time or another; music, visual art, dance, circus, but I caught the acting bug at age 12 and it never left. I started in community theatre in Perth, Western Australia and from my first time on stage, I knew I wanted to pursue performing as a career. Jump forward to college and I studied a double degree in performance and film & television. In my third year, I got the chance to exchange to New York and study acting at SUNY New Paltz.

At the time, I remember being told over and over that I would have to choose to be in front of the camera or behind it. That studying both was silly and that if people knew I had skills on one side, why would they hire me to be on the other? I ignored those people. At this point, I was also dancing professionally and working as a children’s entertainer. Anything to make ends meet without having to “get a real job” as the adults say.

Jump forward again and I am living in Melbourne, acting professionally on stage and beginning to book roles on TV. I had a few side hustles in marketing and promotion but always wondered if there were other ways to pay my rent. Luckily for me, I didn’t move across the country alone. My partner, Maty, who is brilliant and talented and one of the most proactive people I’ve ever met, (also an actor and pianist), was wondering the same thing. He was already producing voice demos for actors, so it made sense to try and expand into other acting materials, like demo reels. With what little I remembered from my uni days and Maty’s epic research skills, we bought our first camera rig and began making skits and shorts with our theatre friends. Gear upgrade after gear upgrade and a lot of time spent reading about the latest tech, we finally launched Young One Studio in 2014. I believe our logo read, ‘by artists, for artists.’

We did ok in Melbourne, but the market is small, and most of the people we were producing content for were our friends or friends of friends. We jumped onto the short film bandwagon to get more experience under our belts and thanks to Maty’s music background and connections, we began shooting music videos, corporate gigs and even a band promo. But acting was always our first love, and in September of 2018 we decided to make the move to LA to pursue acting and filmmaking alongside the pros.

The support we’ve received in LA has been incredible. As Directors and DPs Maty and I have worked on everything from shorts, to commercials, to influencer content, music videos and even a feature film. Acting in LA is also a wild ride. Motion capture is a niche I’ve been pursuing for a few years but is extremely limited in Australia, so I started training with Mind’s Eye Tribe: Action Actors’ Academy within weeks of moving to LA. Their knowledge and mentorship are unparalleled and thanks to their classes and guidance, I managed to book two mocap jobs last year, one of which is the recently released VR experience The March, produced by Time Magazine. I really didn’t expect to find so many kind, supportive, genuinely friendly people here. LA is not without its challenges, but the wonderful humans I call my friends and colleagues, have certainly made it feel like home.

Overall, has it been relatively smooth? If not, what were some of the struggles along the way?
I’m yet to encounter a smooth road in LA. But in all seriousness, I don’t think you can start a business, move halfway around the world, go through the green card process, re-establish that business and adapt to a new culture, without a few potholes…especially when working in the entertainment industry. I have never done so much paperwork in my life. But my support network has been incredible and facing all that with a partner who always has my back was invaluable.

I think of LA as a gift and a curse. It’s a place with endless opportunity for people in this industry, but it’s also overflowing with incredibly talented, skilled, badass artists. It’s hard not to compare myself to my peers who are booking primetime TV shows, working on AAA games and shooting with famous directors. Finding where I fit in all that without losing confidence in myself and my work is a skill unto itself. And something that takes work every day.

Please tell us about Young One Studio.
Young One Studio specializes in creative content and narrative film, with a focus on visual storytelling and character-driven pieces. We like inventing and experimenting wherever we can. Our capacity for collaboration and ability to take a project from conception to completion on almost any budget is what really sets us apart.

We also shoot a fair amount of corporate and commercial content and we love working with clients who are keen to find new and unique ways to show off their product.

Though we were new to LA, in 2019 we worked on eight short films, six music videos, countless YouTube and Instagram skits, and thanks to our partnership with the American Arts Film & Television Academy, produced, shot and delivered over 30 acting demos. We are currently shooting a feature film with Two Hands Productions, though production has been suspended due to the Coronavirus pandemic.

Any shoutouts? Who else deserves credit in this story – who has played a meaningful role?
Mathew Young, my partner in all thing’s life, love and business. Without him, Young One Studio likely wouldn’t exist. I count myself incredibly lucky to be able to build a business, in the industry I actually want to work in, alongside my life partner.

I’m also extremely fortunate to have met TJ Storm and Andi Norris of Mind’s Eye Tribe: Action Actors Academy and Chum Ehelepola of Sydney Actors Collective. These divine individuals have helped me take my acting career to the next level, imparted so many life lessons and expanded my skillset beyond what I thought possible. 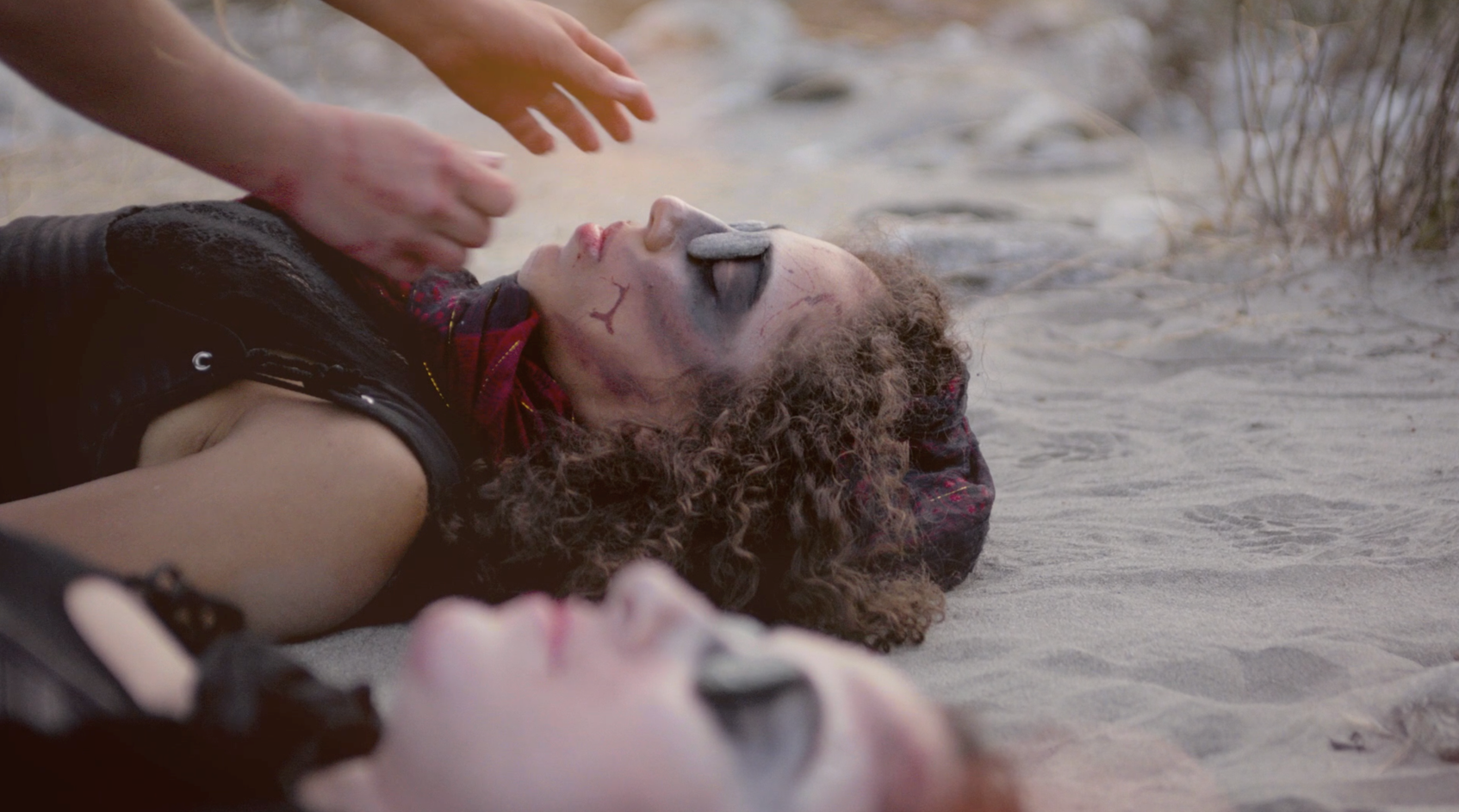 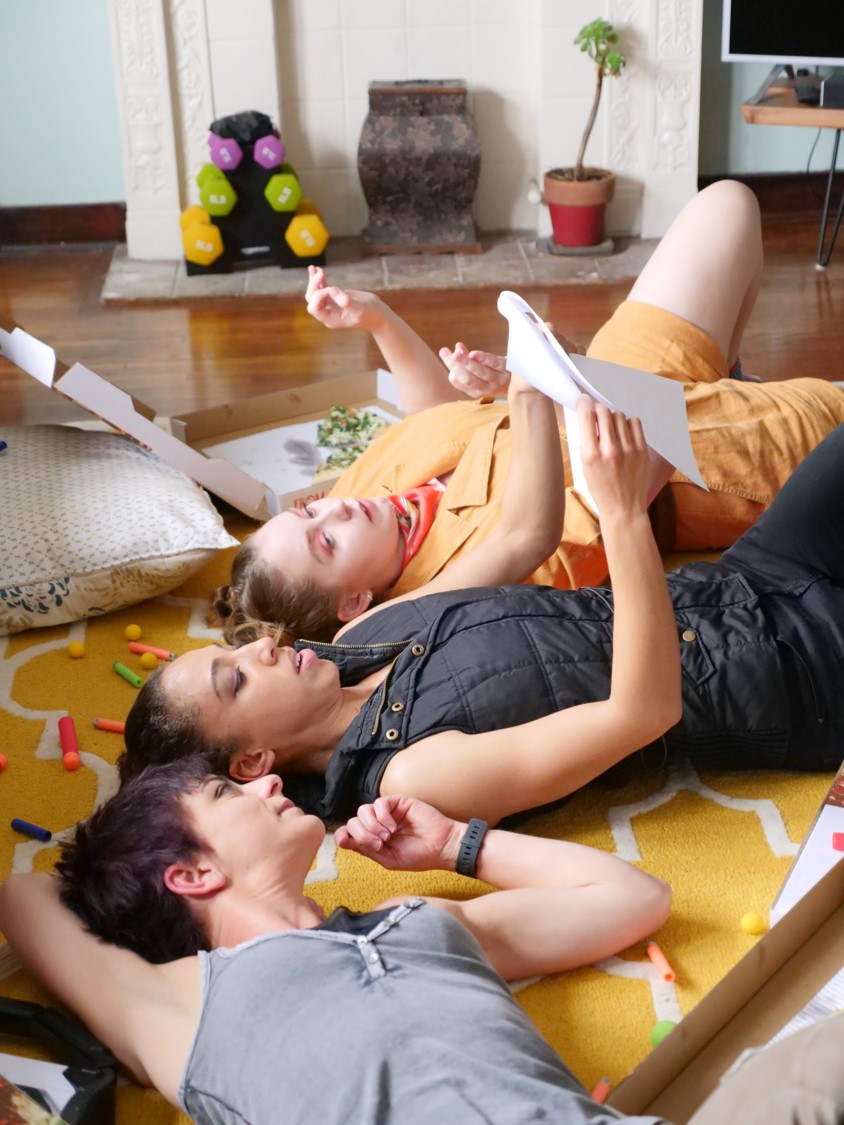 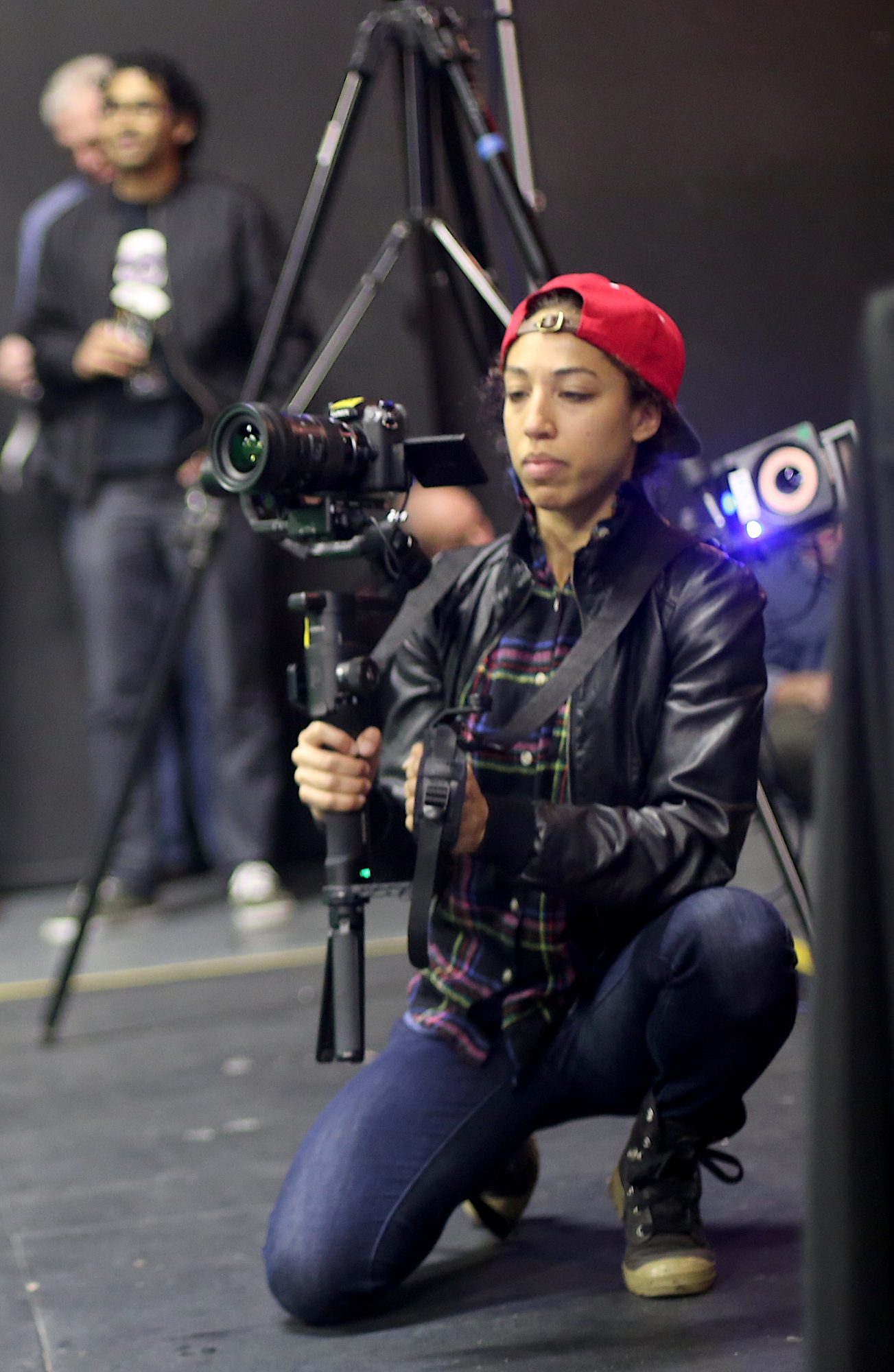 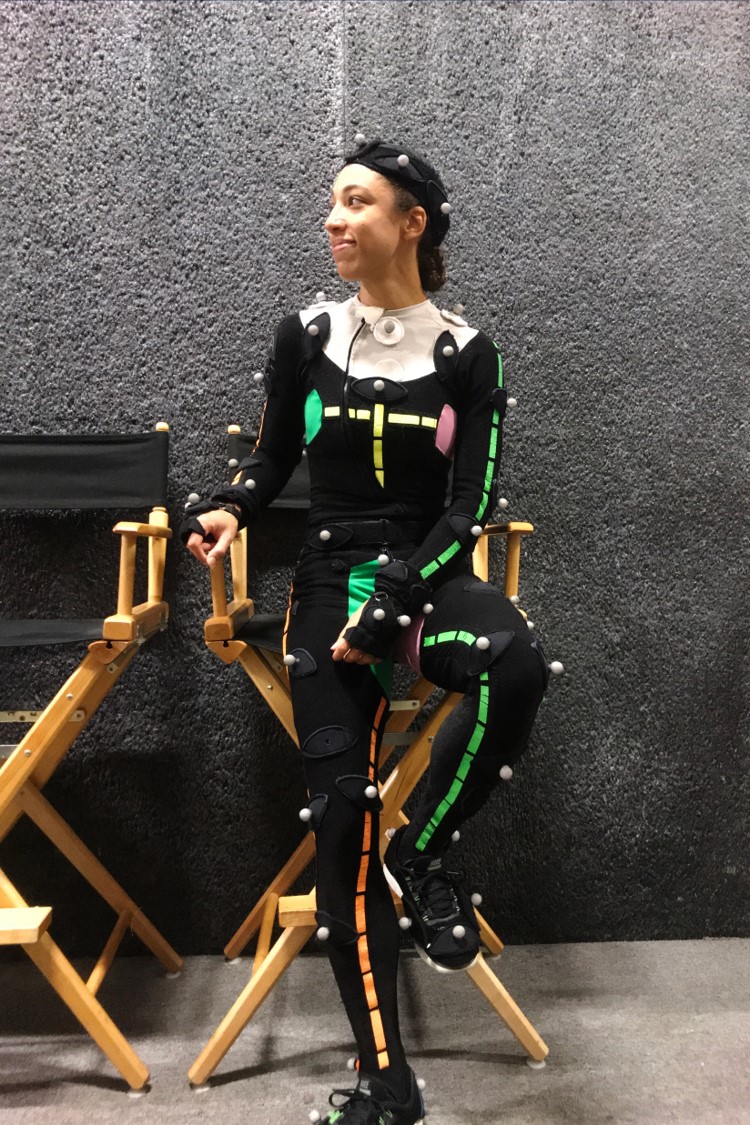