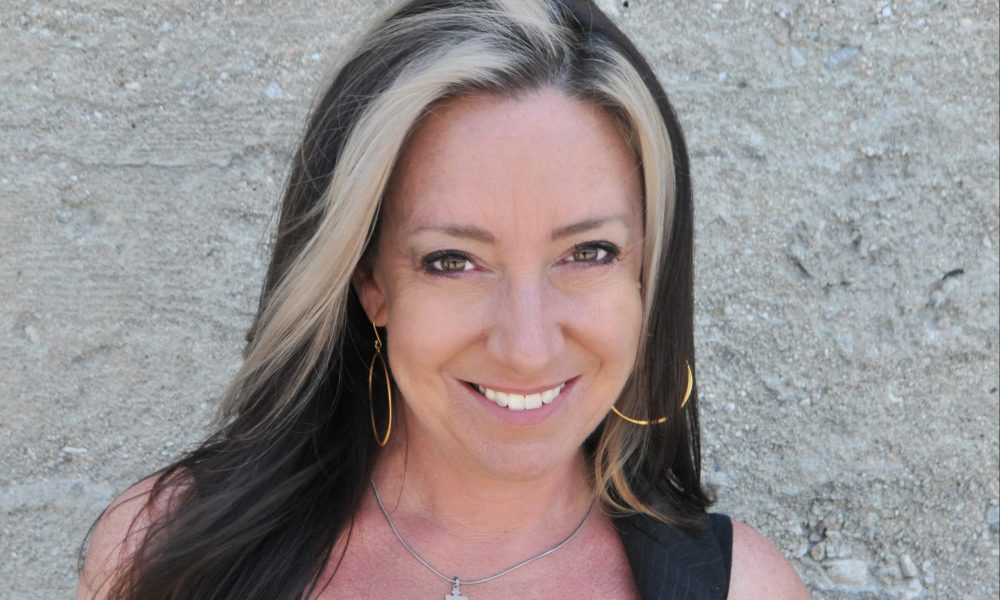 Today we’d like to introduce you to Suzanne Down.

Suzanne, please share your story with us. How did you get to where you are today?
I spent many years on stage as an aerial acrobat, fire-eater, and dancer. I had many magical years touring all over the US and parts of Asia with the band and stage show Mutaytor; who became like a 2nd family to me. In 2004 I was out at the burning man festival with my then-boyfriend Kevin Bourque and fellow Mutaytor band mate; we were trying to perform his multimedia music project out in the middle of a 50 mile an hour dust storm. We spent the rest of the night cleaning dust out of everything and talked thru the night about what a perfect thing it would be to bring a big top out to Burning Man, and that was how it all started. With the help of many friends and fellow performers and artistic collaborators we raised money to buy a circus tent and created a show thru producing underground dinner theater circus shows in downtown Los Angeles. I still joke that we never meant to start a circus troupe it just happened by accident.

Our aesthetic back then was grungy, punk rock meets Weimar republic cabaret and it seemed to really appeal to people who loved the artistry of theatrical circus, most of our audience had been exposed to thru the success of Cirque du Soleil, but were looking for something a little cooler, a little less world music, a little dirtier. We went on to produce more shows out at Burning Man and began in 2005 to create shows for music festivals like EDC and Lighting in a Bottle and Les Claypool’s LA shows on his Oddity tour. I continued to run the special events side of things as we began to receive more and more requests for appearances at corporate & private events. In 2008 using just what we could put on credit cards and hope Kevin and I with Neal Everett as artistic director, produced our first tent show in the Los Angeles State Historic Park in downtown LA. With zero ad buys and just word of mouth, we sold out a 2 weekend run of shows. We couldn’t believe it! After that run producer David Berrent joined our ranks and helped us raise some real seed money to then produce and 11 week run in a circus tent that seated 1650 people, and the show then went on to get picked up by Golden Voice for a 6 week run at Club Nokia the following year. Our shows received amazing press and a huge fan base.

On the special events side of things, Cirque Berzerk Productions and Suzanne Down Productions have produced shows all over the US, the UK, and Asia for companies such as Sony, SkyTV London, Proctor & Gamble, Salesforce.com, the LA Auto show and a slew of high-end private events. This time last year I to work as a consultant on ABC’s the Muppet Show and got to work with Miss Piggy – that was a dream come true!

Has it been a smooth road?
All things considered, it’s been pretty smooth. I mean it’s a circus, there are a million things that could go wrong, but I have such a great crew that is dedicated to always keeping it safe and fun, it’s been a pretty smooth ride. We’re a pretty tight family, and we watch out for each other.

I think one of my biggest obstacles is that we incorrectly tend to get pigeonholed as the creepy, vintage circus look, but we’ve done a ton of different looks and styles. So I’m working on getting the word out that we have a wide variety of performance and costume looks. Luckily I’ve worked with some amazing clients that know that, and we’ve had a great year of all new & original creations.

And as far as biggest job challenge? Ok, this is a good story. An event producer I had never worked with before called and booked me for a high profile client’s private Halloween party. She and I got along right away, she is an amazing producer. She hired us to provide a circus show that guests would walk thru on their way into the party. This was booked and locked in months in advance. Two weeks before the event I get a call from her, and she says, “Have you ever seen the show project runway…you know when a contestant has 20 min. to finish a dress and now they have to stop and figure out how to make a blouse out of sushi?” I say, “Yes, I think so…” “OK,” she says, “I have a challenge for you just like that. Can you make a haunted maze?”

I said, “Oh you have a haunted maze and you need help filling it with performers?” No, she says, can you deliver a haunted maze? In two less than weeks.”

I thought silently, are you kidding me!? Storyboard, fabricate, scenic, cast, costume, make-up design, special effect gag, prop build, rehearse, assemble a special effects make-up team, sound, light and install in 2 weeks!? And it has to be AMAZING!? And out of my mouth came….yea, we can do that. And my biggest challenge ended up being the most exhilarating 2 weeks ever, and one of my prouder moments of my career. Our crew pulled together and worked around the clock making it happen and we absolutely nailed it! I had over 75 cast & crew on for that night, and it went off without a hitch, and it was a blast to work on. She ended up being my favorite event producer to work for, and we have had some of our coolest jobs thru her to date.

So let’s switch gears a bit and go into the Cirque Berzerk Productions story. Tell us more about the business.
Cirque Berzerk Productions & Suzanne Down Productions is a full-service performance and entertainment production company. We specialize in producing one of a kind stage shows, costumes and set fabrications for clients looking for innovative special event entertainment all over the world as well as producing world renowned theatrical circus productions for the stage and big top for audiences of all ages.

We are known for our innovative stage shows, choreography, costumes and make-up designs; for our theatrical presentations as well being the go – to call for special event entertainment. We can take care of everything from roaming characters, to a large scale stage production, custom costumes, custom fabrications, DJ’s and bands, pyro and stage effects.

I think what sets us apart from others is our adaptability. Besides always bringing a client top level performers, we take every crazy request like a cat takes to catnip. We LOVE it. We roll with the punches and love being in the solution mode with clients.

I am also proud of the social outreach our company has participated in. Before the Supreme Court ruling legalizing marriage rights for all, we donated a portion of our merchandise sales to Marriage Equality and have worked with the Chrysalis program who connect jobs with the downtown homeless. They are an amazing organization.

How do you think the industry will change over the next decade?
Well, the announcement of Ringling Brothers going out of business this week was a shock to a lot of us in the circus world, it was the end of an era. I see theater experiences becoming more immersive. I feel like people don’t want to be a spectator anymore. It’s not enough just to play a video game, we now want to put on VR goggles and be part of it.

I think theatre is really exciting right now, I think we’ll see more audience movement and participation and immersion in both the theatre experience and in special event entertainment.