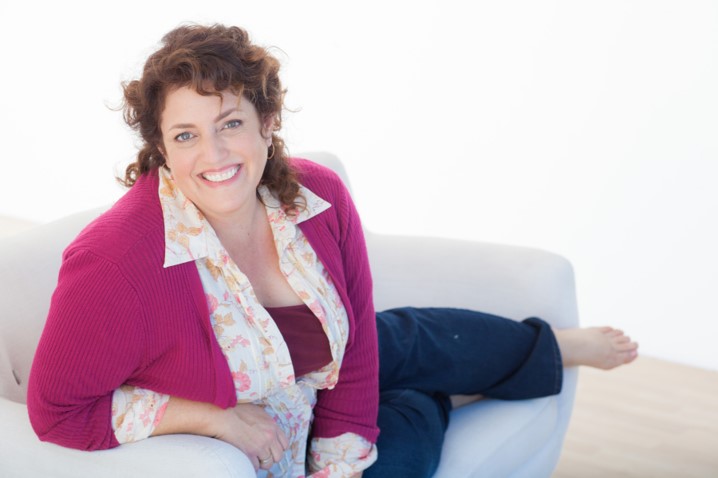 Today we’d like to introduce you to Stephanie T. Keefer.

Stephanie, please share your story with us. How did you get to where you are today?
I am an LA-based actor, and I work in film, TV, and theater. Like so many actors, I got my start in elementary school. In fifth grade, I understudied the role of Eeyore the donkey in “Winnie the Pooh.” The kid playing Eeyore got sick, and I got my big break. But seriously, if you’d told my ten-year-old self that she would not decide to pursue acting professionally until she was about to turn 40, she might have given you the ten-year-old side eye.

After high school, I double majored in English and Theater at the University of California, Irvine. I had a plan: teach literature in high school and act the great literature of the stage. I never could have anticipated that I would end up being away from the stage for almost a decade teaching non-native English speakers literacy skills and building a theater department for a public high school. But that’s what happened.

It’s taken a while to get back to my acting roots, but I’m grateful to be here now and would say that there have definitely been pros to entering the profession later in life. I am more confident than I was at 20. My values are clearer. This helps with the roller coaster highs and lows of acting work.

The elation of hearing your agent tell you that you booked the job is powerful. But then there are the lulls in work. It is easy to get discouraged if you don’t surround yourself with other motivated artists who absolutely get these challenges.

Has it been a smooth road?
It has definitely been a long and winding road. I had no intention of teaching theater, but I loved doing it. In college, I thought I would only ever work in theater, but now I find myself making movies, and it’s been fascinating learning to craft roles for film. Each twist of the road has brought unexpected gifts into my life.

I do feel that I’ve been fortunate so far in my career, but I also worked really hard to be ready for whatever came my way.

I prepped for a full year before I left my full-time teaching job and started my acting career.  I took classes, read a ton of business books, and made sure all of my marketing tools were in order. (Thank you, Natalie Young, for the amazing headshots.) I tried to do everything I could to prepare for a career I really knew nothing about—except the craft itself. I worked to understand the business that I was stepping into. And I was also lucky. Being born in Los Angeles and raised in California was luck. I didn’t have to move hundreds of miles away from family. Having an internal compass and passion for what I want to do is also luck. Not everybody has that.

So many fortunate events happened the first year that I started acting professionally. I signed with an agent right off the bat. Money was coming in from commercial work, and I booked my first TV role on “The Young and The Restless.” I was eligible to join the union before the year was even over. However, that same year the Writers’ Guild needed to strike to gain fair wages. Production in film, television, and commercials stopped.

But, necessity breeds invention, right? I was performing in a play at that time and asked the playwright if I could produce a short film based on one of her pieces. I was desperate to work. Thankfully, she said yes, and that started me on the path of filmmaking. That first film, “One Dance”, was licensed by Badami Productions, played nationally on CBS and FOX for three months, and I won Best Performance in a Short at a festival for my acting.

When I left full-time teaching to be a full-time actor, so many people said, “How lucky—you’re finally living your dream.” But I love teaching, so to me, teaching is part of the dream. Acting has also always been part of the dream. Now, filmmaking has become part of the vision for my life. I just keep taking steps down the path to find out what the next adventure is.

We’d love to hear more about what you do.
I’m proud of many of the projects I’ve acted in. I just had the pleasure of working on the NBC TV show “Superstore” and learned so much from watching Colton Dunn and Lauren Ash, two of the series regulars, work together. I’m proud to be an ally performer in the music video for the song “Don’t Silence Me,” a beautiful anthem to the strength of survivors of sexual assault. I’m proud to have acted in the feature “Somebody’s Mother,” available on Amazon Prime.  It’s a gorgeous film about healing from the loss of a child.  I was just invited to be a company member of the wonderful incubation group for new plays, PlayGround LA.

And, of course, I’m really proud of the short films I’ve made on my own—not only because of the stories of love and connection we’ve created but also because of the intersectional casts and crews I’ve pulled together. Diversity in front of and behind the camera is really important to me. I think, though, what pleases and surprises me most is that people around me are inspired by my work and inspired because I make my own work.

After a screening of my film “Moving On,” a hip-looking guy in his 40s came up to me and said, “You told my story.” I was totally floored because the film is about a middle-aged woman. I believe that art is necessary and makes the world a better place. It’s all about human connection for me. Connecting with each other is everything. Art creates a space in which we can speak our truths, space where we can be heard, and we can listen to each other.

How do you think the industry will change over the next decade?
In the brief time, I’ve been working as an actor, the industry has changed so much.

Current technology puts power into the hands of artists, and incredible work is being created by independents. This means that women and people of color have been able to move projects forward in a way that we have not seen in the recent past. And, of course, the #MeToo and #TimesUp movements have brought to light the misogyny that’s rampant in the film business, as well as so many other industries.

The #oscarssowhite hashtag and the Bechdel Test just point out problems that have existed since the inception of the Academy of Motion Pictures.  But bringing these stories of gender and race inequality to light helps create change. For instance, there is more vocal demand for equal pay.  I hope to see big shifts toward equality and inclusion in the next few years. I use my work to move toward that vision. And I’m really excited about my next big projects.

Acting is my heart’s work, but you’ve got to be a multi-hyphenate today in order to get under-represented stories told. (My multi-hyphenate is actor/writer/filmmaker.) At the moment, I am preparing to pitch producers a limited ½ hour single camera comedy TV series about a middle-aged woman who loses everything during the subprime mortgage fiasco, including her fiancé, just as everyone around her is getting their lives together.

And, my next film project is a feature that explores my relationship with my mother and how our relationship changed in surprising and profound ways as Alzheimer’s took her life. So, lots of growing happening this year. It’s exciting! 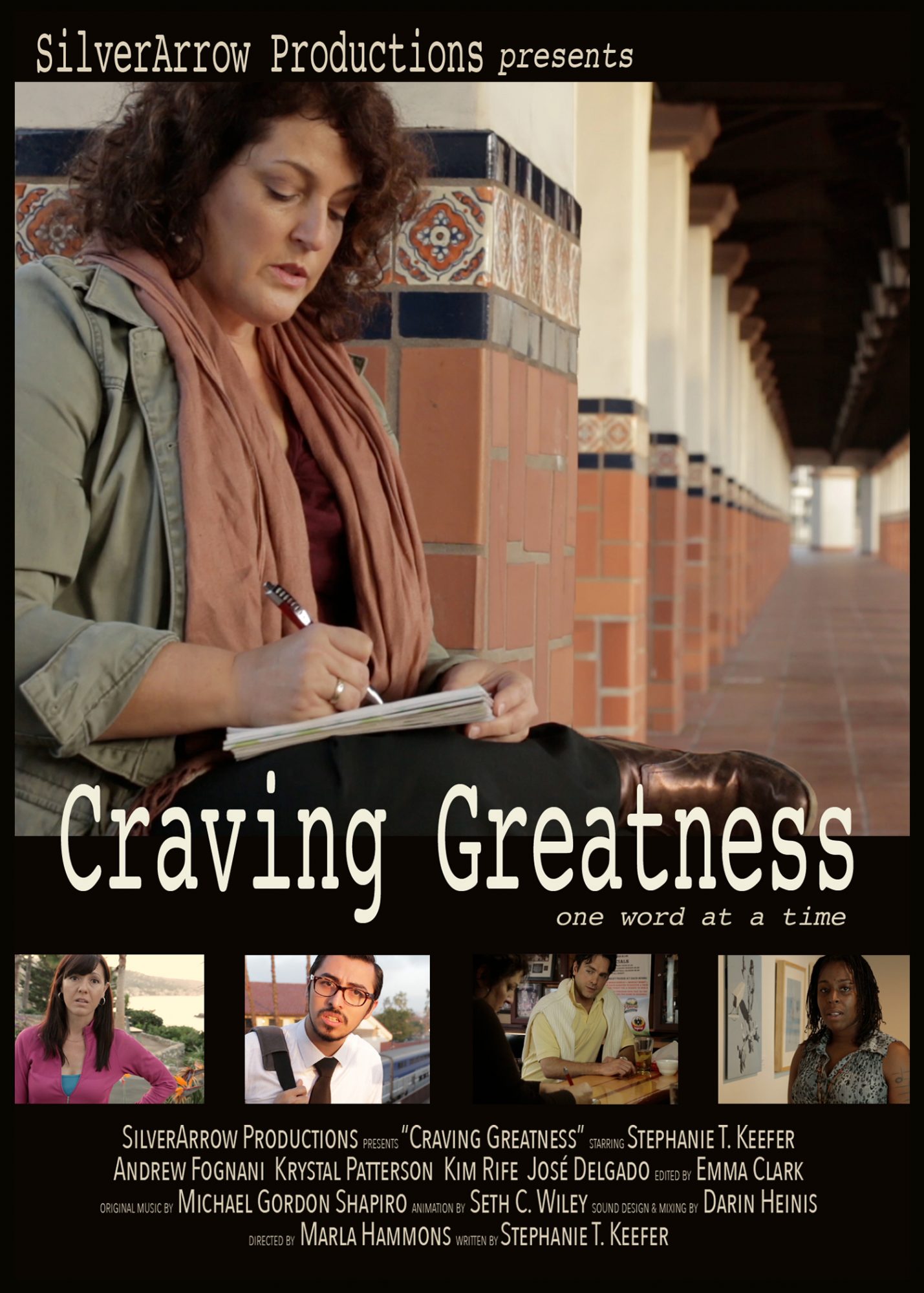 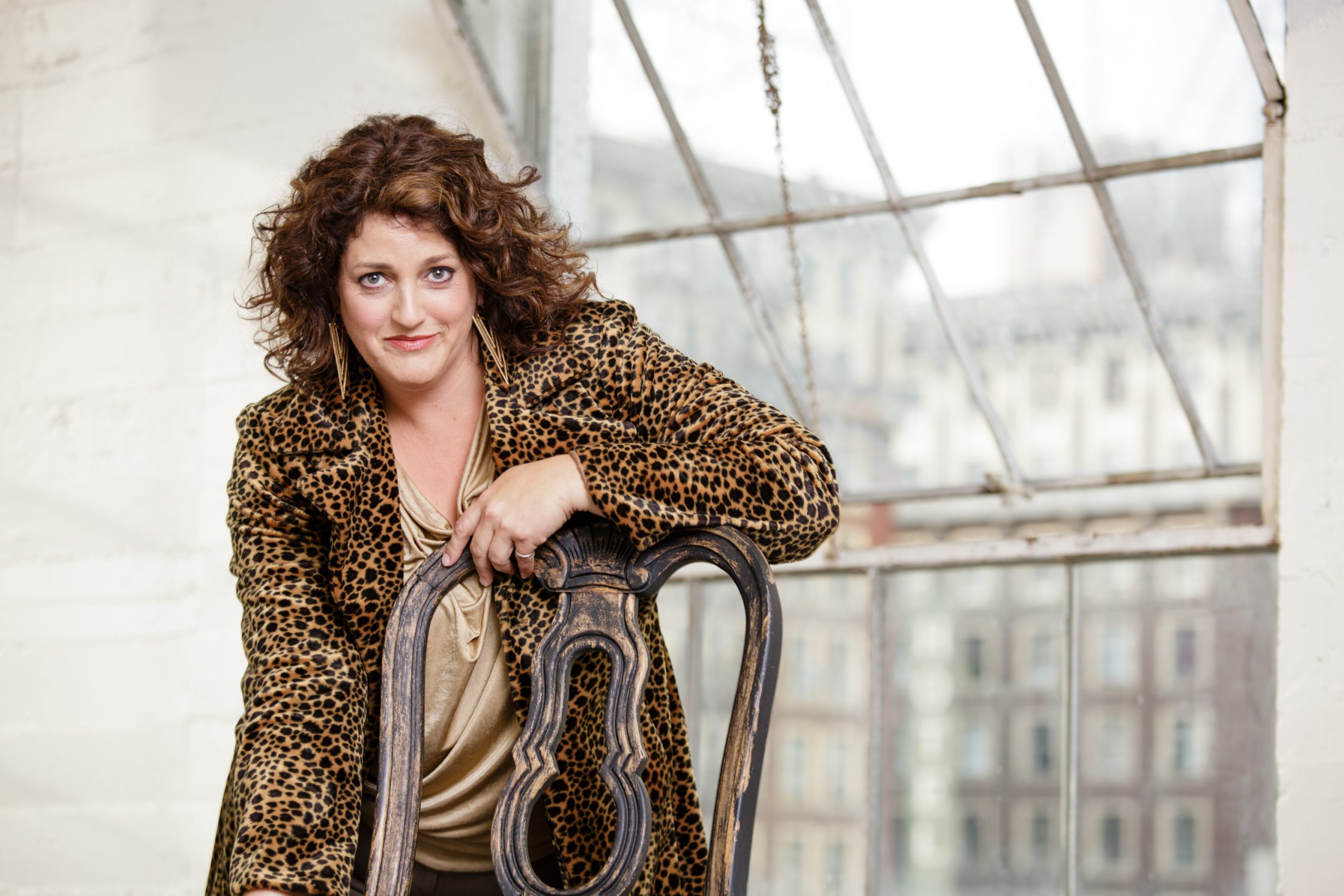 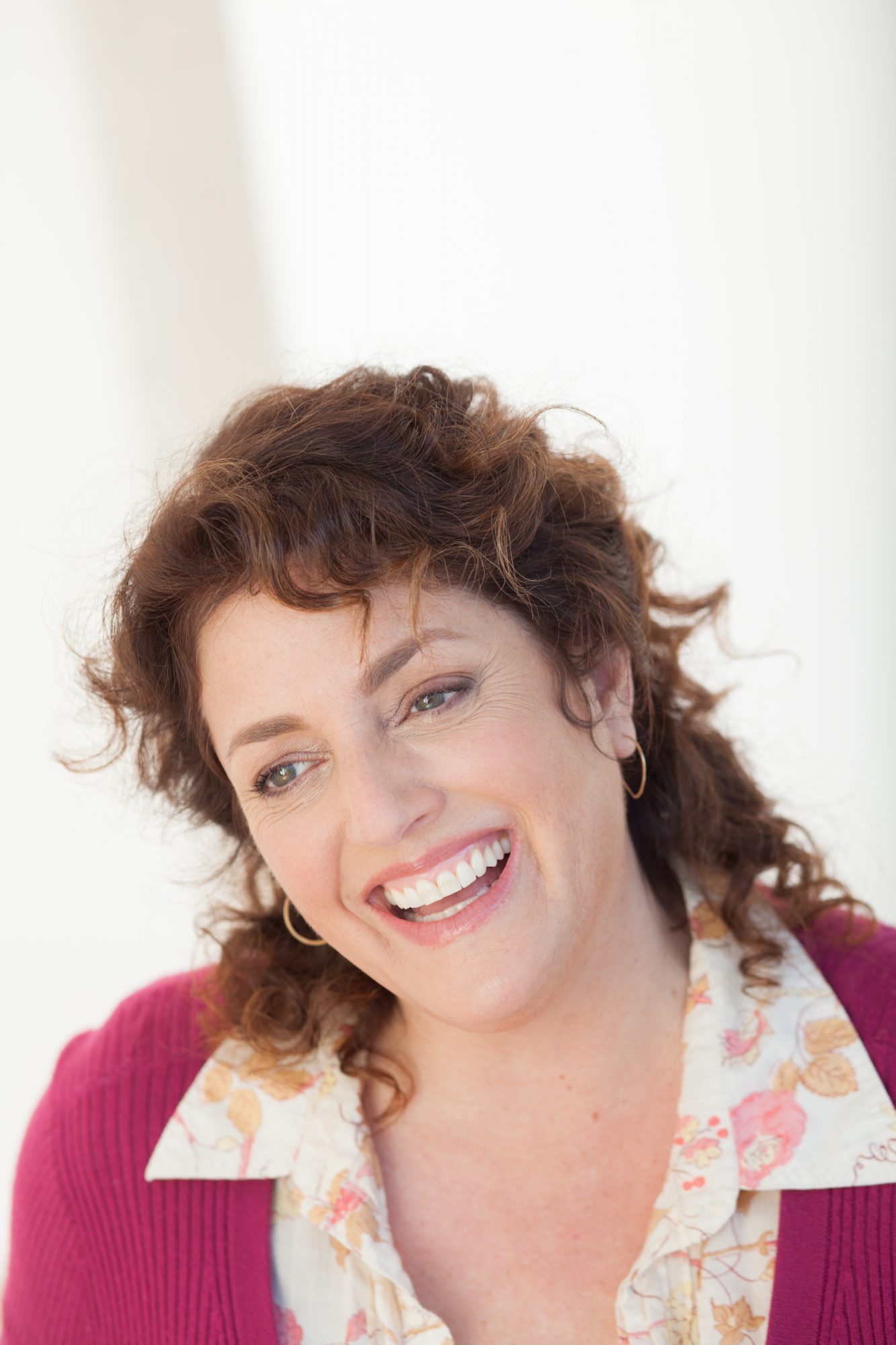 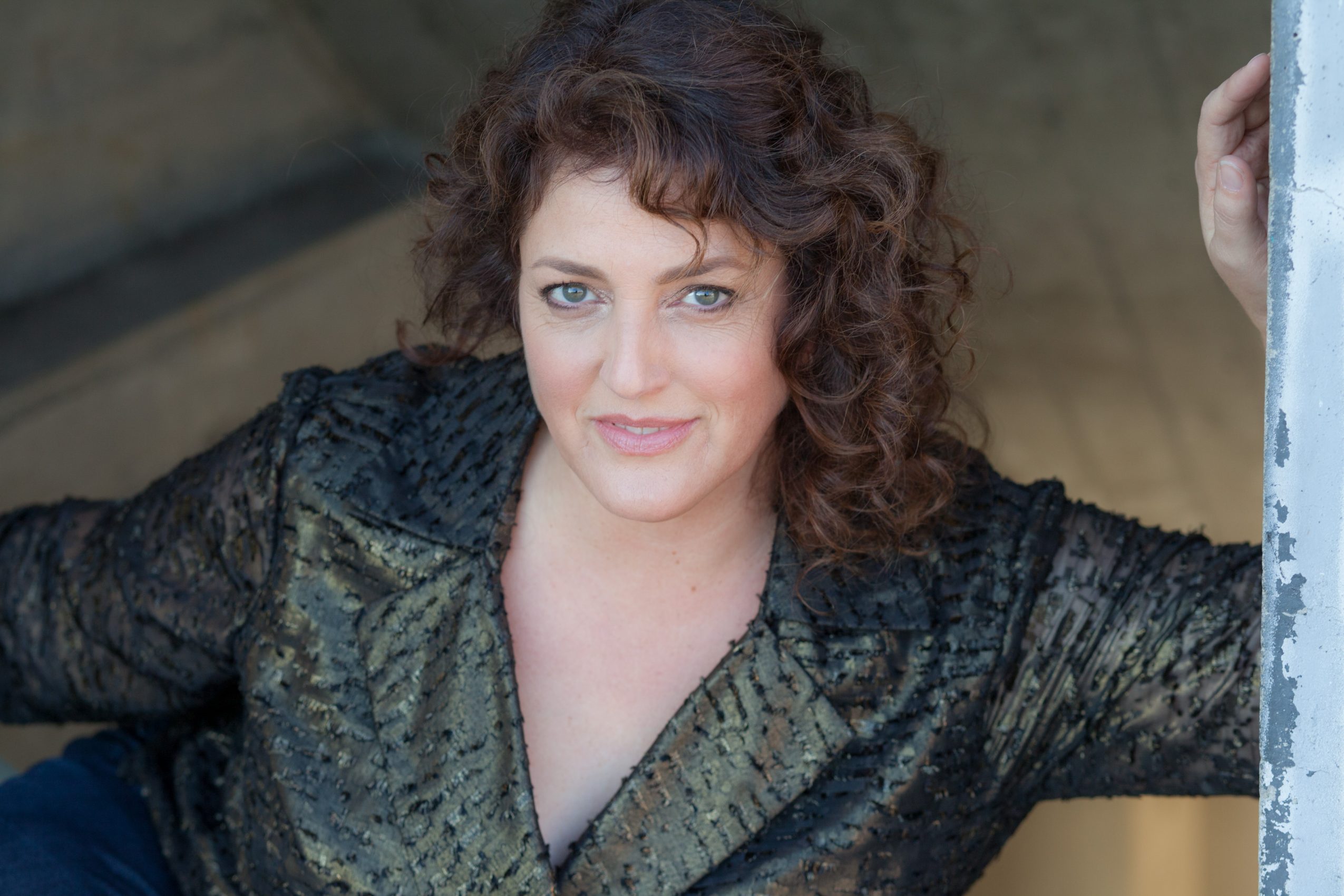 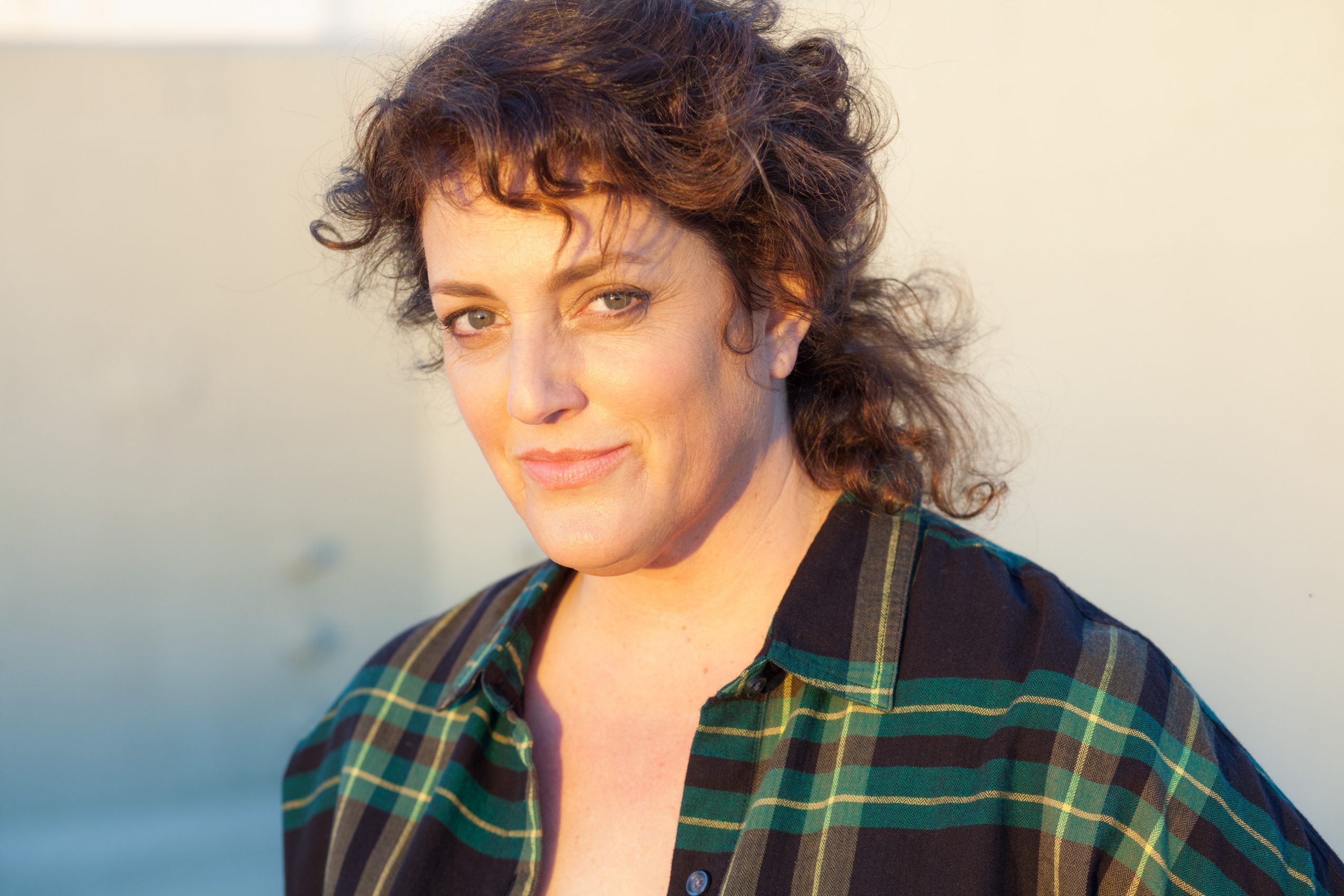