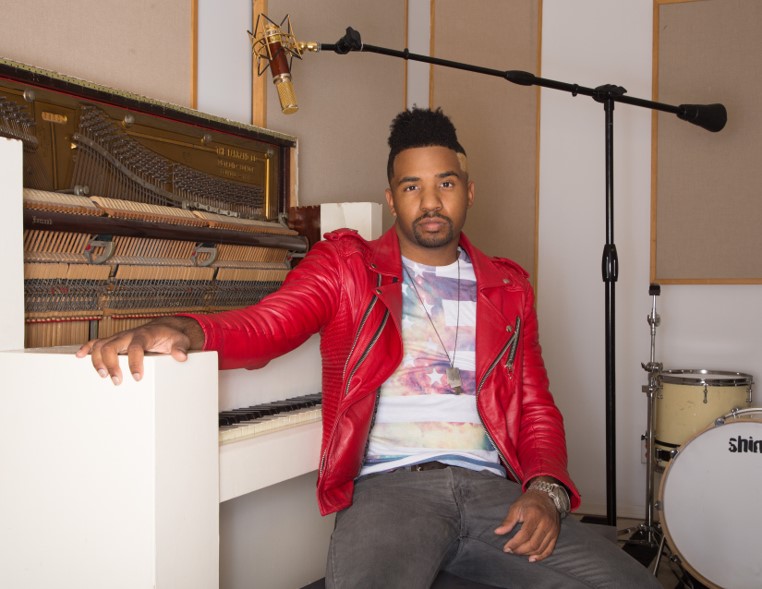 Today we’d like to introduce you to Shayon Daniels.

Shayon, can you briefly walk us through your story – how you started and how you got to where you are today.
I’ve been in love with music for as long as I can remember. My older Brother had eclectic taste, and exposed me to everything from Prince, and Stevie Wonder, to Seal and Led Zeppelin. “Clocks” by Coldplay became my favorite song, freshmen year of High School. I’ve always been a Nerd, and an Introvert, not shy, but I’ve always enjoyed time alone, and one on one moments of honesty with other people. I’ve been playing Piano most of my life. I wanted lessons, and my family couldn’t afford them, so I began teaching myself by playing any piano I could find (we didn’t have a piano at home, so I spent most of my lunches and recesses in school practicing in the auditorium). And recently, I’ve been enjoying the challenge of learning Guitar. Being a Music Producer has been all I’ve ever really wanted. I met my Partners Nicci, and Jim Funicelli, years ago, and we’ve been going strong ever since. We started JENGA Productions because we wanted to build something that would be longstanding in the world, and in our industry. Since doing so, we’ve been lucky enough to work with many amazing creatives, some signed to Majors, some Independent, open two recording studios, one in Atwater Village and one in Nashville (shout out to Jeff and Mallory for holding down JENGA Nashville) and everyday we’re fortunate enough to be apart of this thing called Music.

Great, so let’s dig a little deeper into the story – has it been an easy path overall and if not, what were the challenges you’ve had to overcome?
You know I’ve worked as a Bus Boy, and taken many odd jobs to sustain, all the while pursuing my vision. I’ve slept on many studio couches, taken so much public transportation, been hungry, cried, the whole thing lol. I remember working New Years Eve at a restaurant, and seeing this really big Music Producer that I worked with months before, and thinking to myself “they’re going to see me”! As if it would’ve been so terrible for them to see me working, but I survived. This music industry isn’t always pretty, isn’t always kind, isn’t fair…but I believe when there’s a vision inside you, you have to go for it. You have to fight for it, you have to be gritty. I’ve learned to be gritty, because the feeling I get from walking in my purpose, outweigh’s any “negative” experience I’ve ever faced. There’s something to be said about showing up, and I believe showing up is half the battle, the other half is getting up, over and over again.

JENGA Productions – what should we know? What do you guys do best? What sets you apart from the competition?
The core of JENGA Productions is comprised of myself, Nicci and Jim Funicelli. We are a full-service boutique, music production company/recording studios. Within JENGA, I am the head Music Producer. As a company, we specialize in helping other Creatives find their sound and embrace their inner Genius. I am most proud of all of the people we get to touch via the creative process. At JENGA, we’re Producers/Business People as well as Artists, so we understand what it’s like to move in our business on various fronts.

What moment in your career do you look back most fondly on?
Opening our Atwater Village location.