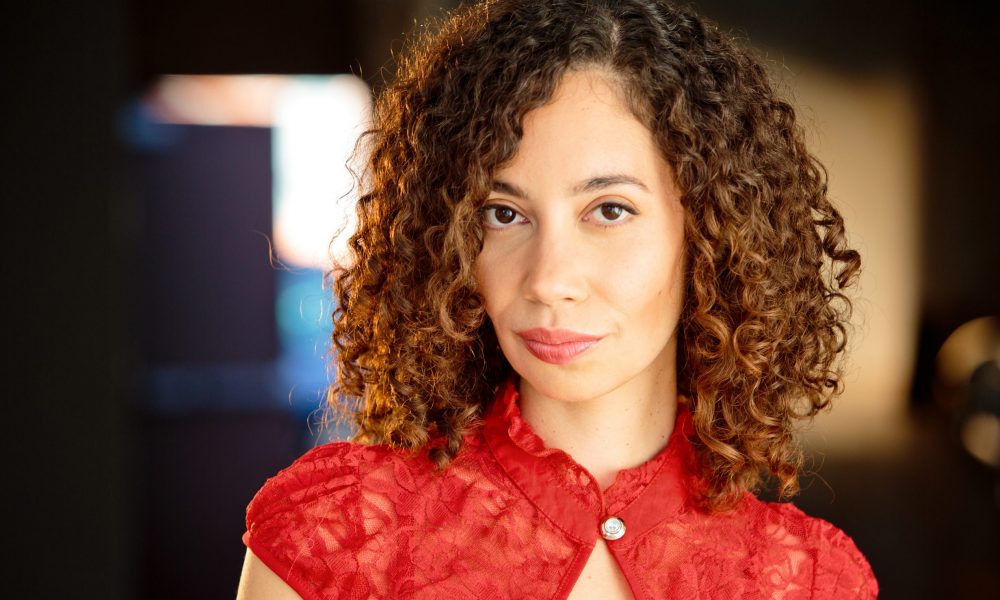 Today we’d like to introduce you to Sélynne Silver.

Sélynne, can you briefly walk us through your story – how you started and how you got to where you are today.
I was born and raised in Paris, France. My family is from a French Island located in the Indian Ocean called Reunion.

After graduated from High school, I had this desire to pursue Acting. I enrolled in a Cinema program at a Parisian University thinking I will learn and practice the foundations of Acting, but it was rather theoretical. Mostly about the history of Cinema which is good to know but not what I had in mind.

So, I decided to leave my passion on the side and studied Insurance instead which had clearly nothing to do with it. But in 2009, something hit me, and I realized that Acting was also something I wanted to “try out” (I honestly told myself when I woke up one morning that I was born to shine, no kidding lol). I started to take some classes and booked a few projects.

Late 2011, I thought about improving my English skills which can become handy in many situations. I was not fond of the weather in Great Britain, so I came to the US. I heard so many times about the American dream, so I thought why not. I practiced my English while working at Epcot center in Florida before deciding to really take ESL classes in Los Angeles.

Later on, I studied Acting at UCLA and was granted a permit to work in Acting.

Overall, has it been relatively smooth? If not, what were some of the struggles along the way?
The thing is, people think that acting is easy and that it is NOT A JOB. I have been asked several times when I was planning on getting a real job. I can assure you it is. I have gotten an average of 20 to 30 auditions per month for the past eight months, and I can tell you that it takes a lot of energy, preparation and work to do them all. This industry is tough, there is a lot of competition, but you have to be persistent.

Sometimes (and I have the tendency to forget this), 1000 people submit for one role, and you have to consider yourself lucky if you are even called in the room for an audition and feel like a GOD(Dess) if you get that one role.

A few days ago, I was part of a sketch comedy for College Humor who has billions of views on YouTube. Because I am naturally curious, I asked to the Casting Director how many people submitted for my role. She said she got 946 submissions. I got picked out of 946 people who submitted. Isn’t it incredible and crazy at the same time????

As i mentioned before, there is a lot of competition, especially in LA so facing rejection one after another can be hard, but that is the reality of the entertainment industry and you should not get discourage. You can not book everything you are going out for so you’d better have a tough skin. And sometimes, it really has nothing to do with you. A few months ago, I submitted to a casting call to be the French host/actress for a new show. I got asked to do a self-tape.The director loved my audition and put me at the top of the list among the five favorite picks he submitted. Sadly he was not the one in control, and the client decided to go with someone else.

Having an accent can be a curse but also a blessing. I have been told many times that if I want to act in the American market, I should acquire an American accent. My accent got better over the years as I speak English on a daily basis. Using a dictionary to look at the phonetics has helped tremendously as well and I am making progress every day. I am grateful for people who did not judge me by it and took a chance on me after seeing me perform and I am already grateful for the future ones. Few months ago, I auditioned for Shalom, a Series Regular in a show called Black [Title Here]. The director had in mind for the role an American woman but he loved what I did in the room so much that he gave me the part and adapted the script to me adding plenty of French references. One of the most flattering things ever.

We’d love to hear more about what you do.
I have been the main actress of a French campaign since 2011 called Terriennes dedicated to the condition of women around the world. I feel very lucky to have contributed to it (and even more as the Lead actress). I have acted in several independent feature films and short films as the Lead or starring role (What Daphne Saw, Eveything That Glitters, Touched By A Demon…)

I also performed in several commercials (Target, Jockey…) narrative music videos, public service announcements… I do Industrials as well. I just shot one at the beginning of the new year for Vivitrol in which I played Alice, a recovering addict. I love playing characters that are not me and looking different every time.

I started to film a show last December called Black [Title Here] in which I played Shalom, a French woman who came to LA to make it as a host. It was an amazing experience and I can’t wait to reprise my role. I also do voice acting and hosting. I modeled in the past as well, probably like many people in this industry.

I have a few projects in the works, and I can not wait to see what is coming my way this year. 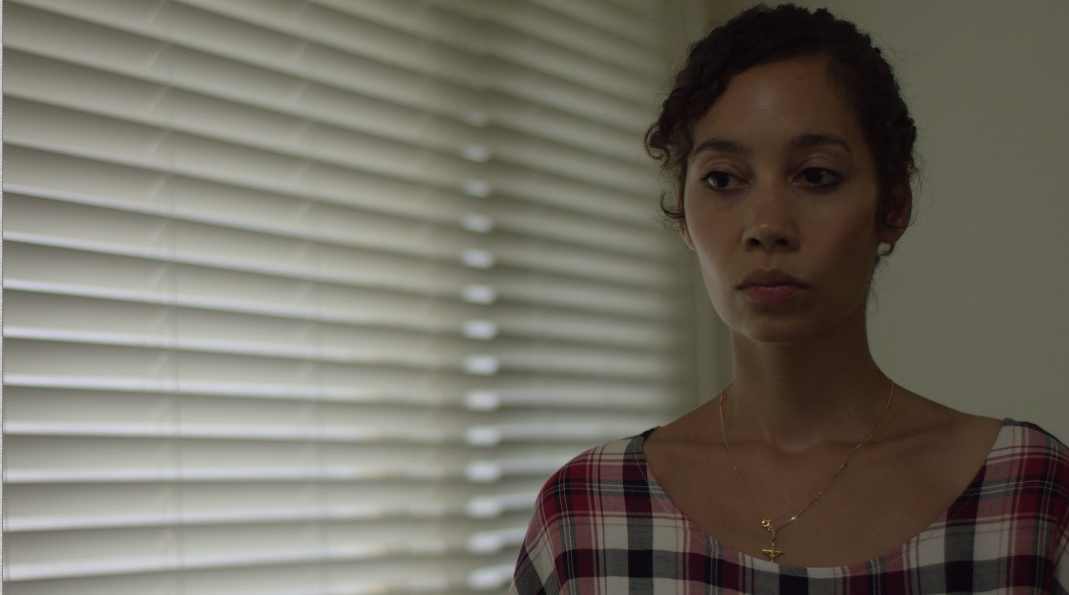 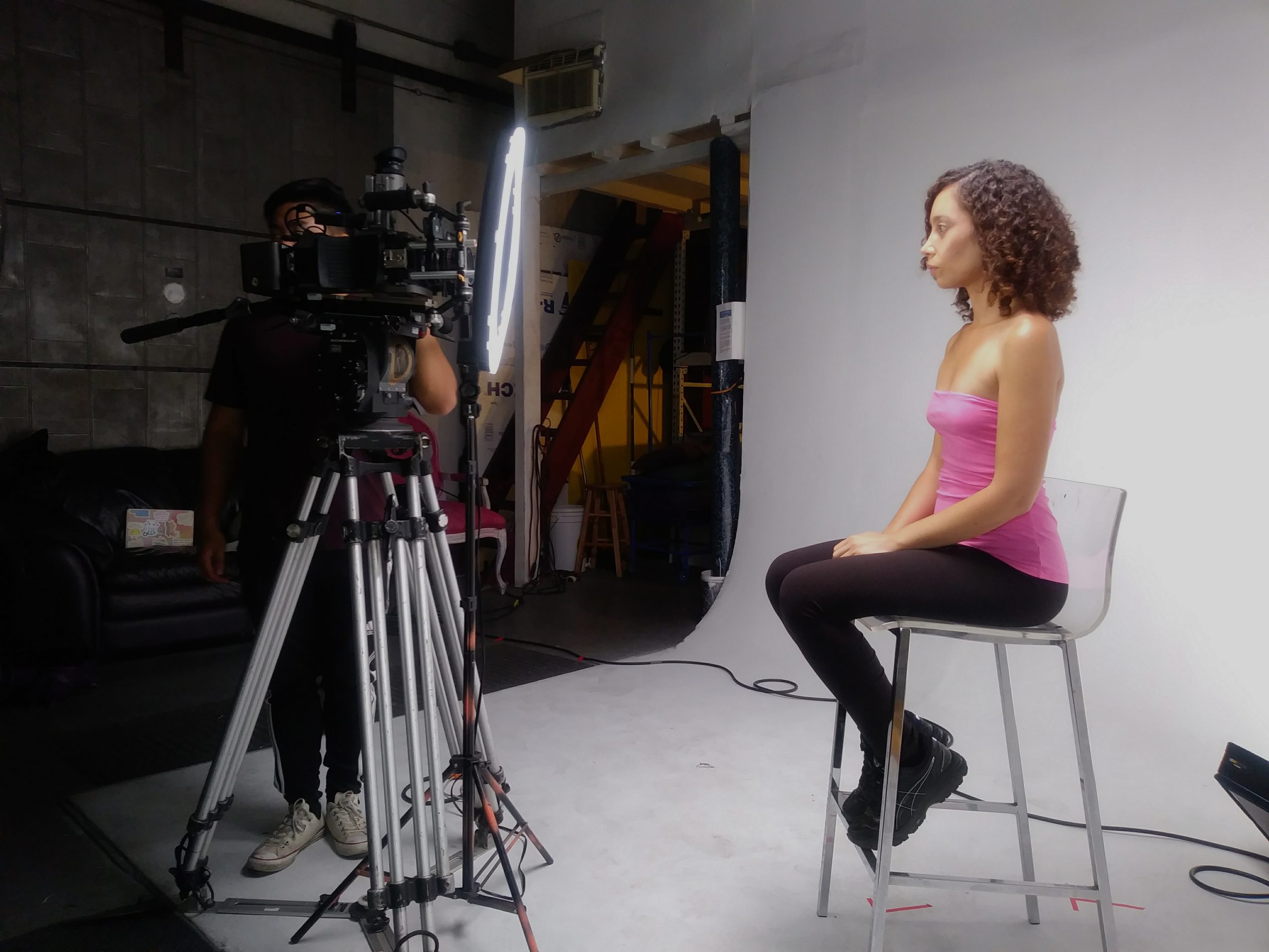 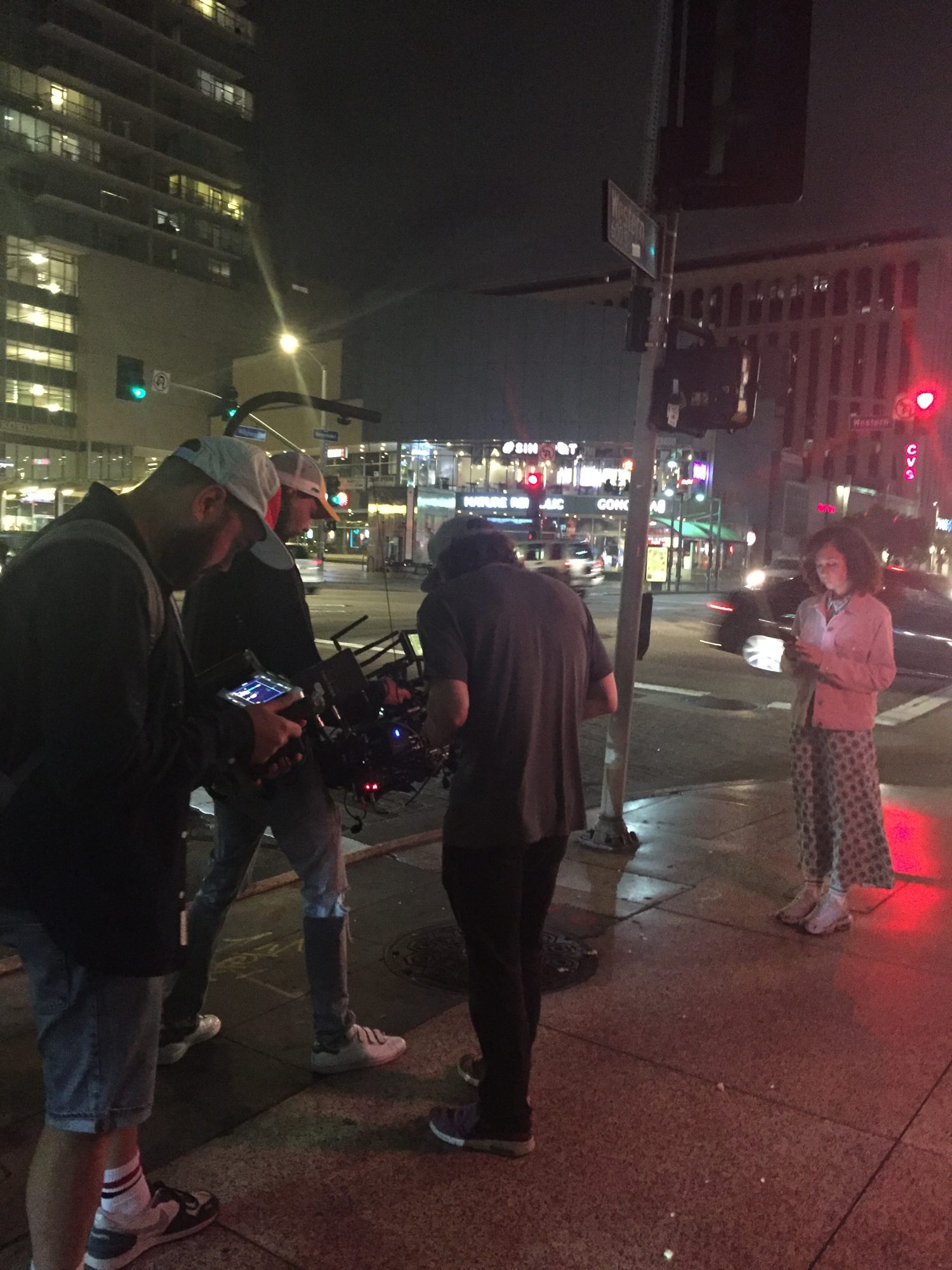 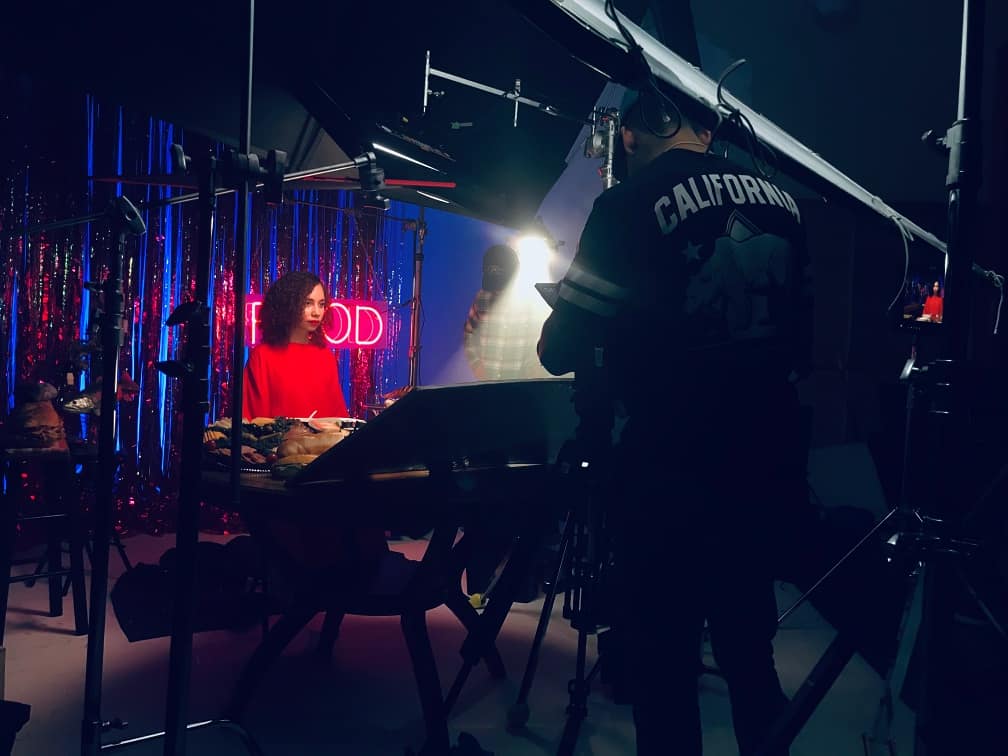 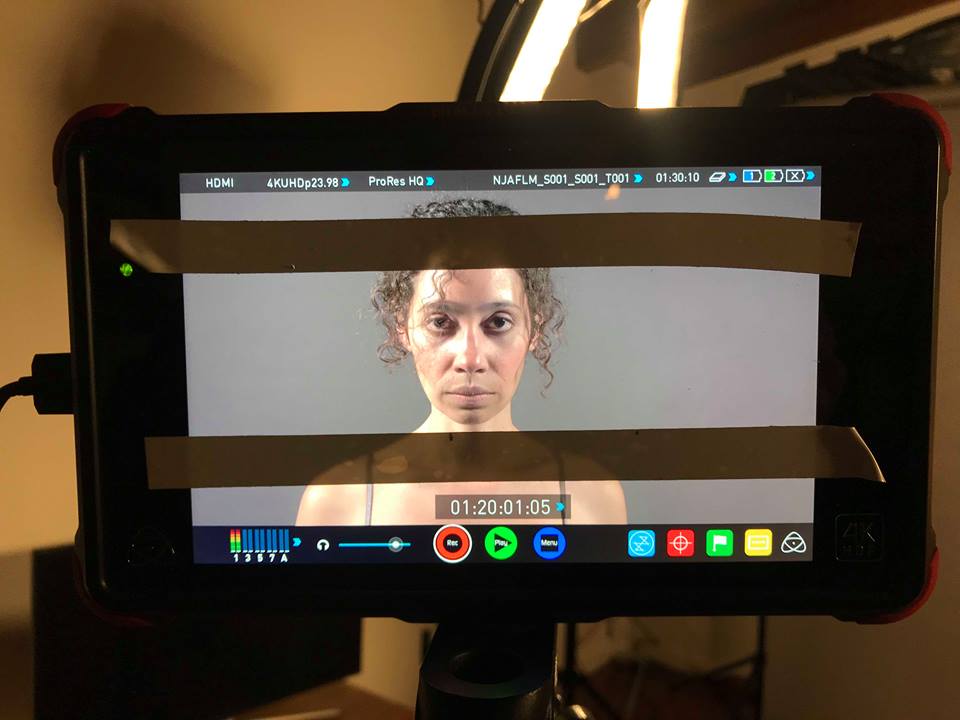