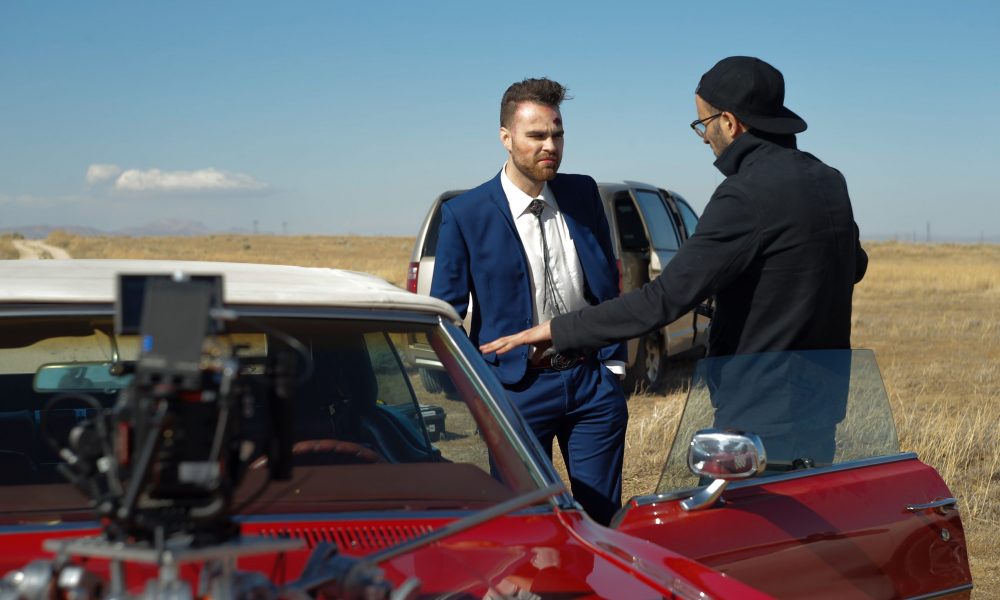 Today we’d like to introduce you to Ryan Rosenblum.

Ryan, please share your story with us. How did you get to where you are today? Well, I was born and raised in LA, which definitely is a highly unique environment to grow up in, to say the least. At a minimum, I’ve been immersed in the world of cinema for my entire life. Since I was a kid, I’ve always been bursting with creativity – I wrote, drew, and just generally explored my imagination whenever possible. My grandfather, Army Archerd, a Daily Variety columnist and prominent entertainment industry figure for many decades, bought me my first video camera in the fourth grade. He was one of the first people in my life to focus my creativity on the cinematic arts. His support before he passed away set off what has been my life’s passion: telling stories. If I can move someone’s emotions using visual storytelling, my work has succeeded.

My work as a writer and director is firmly rooted in the genre space. I deeply love action and horror films, and believe films in these wheelhouses can use tropes that are comfortable and familiar to movie-going audiences to tell accessible stories that can include deeply resonant (and sometimes subversive) social themes.

I recently completed my Bachelor of Fine Arts in Film Direction from Studio School Los Angeles: a brand new, state-of-the-art film program based on the lot of Los Angeles Center Studios in Downtown LA; the first and only school of its kind created in partnership with a Hollywood studio. Attending Studio School was an extremely unique opportunity: I was a member of the second-ever graduating class from this innovative program. The Chair of the Film Department there, Elric Kane, is someone I would consider to have a near-masterful level of cinema expertise. Beyond being a deeply involved educator and filmmaker, he’s also the host of the official Blumhouse Productions podcast, ‘Shockwaves,’ as well as the official ‘New Beverly Cinema’ podcast. Needless to say, we quickly bonded strongly over our mutual affinity for genre films (and cinema in general.) He’s a brilliant guy.

Another one of the most unique elements of my undergraduate education was a deep focus on mythological structure, and in particular, Joseph Campbell’s Hero’s Journey. Growing up, I had always been a voracious writer, consuming as much literature and watching as many great films as possible. As a result, my understanding of storytelling runs deep, which allowed me to connect strongly with this unique monomyth-centric education. When I completed my degree and graduated in 2019, the mastermind behind this unique program, Dr. William Linn II, Ph.D., Executive Director of the Joseph Campbell Foundation’s Writers’ Room at Studio School Los Angeles, as well as the Department Chair for General Education, presented me with an ‘Award for Excellence in Storytelling,’ a great honor that I was surprised and thrilled to receive during my graduation ceremony.

When it came time for me to complete my undergraduate thesis, I was able to push boundaries and technical limits in a way that allowed me and my team to successfully craft an incredibly ambitious project. The script for that film, C.R.T, a taut horror-thriller with strong action elements, has received festival accolades internationally. It was awarded “Best Short Action Screenplay” at the eighth annual international psychotronic horror festival ‘Boobs and Blood Fest’, held for the non-profit breast cancer charity ‘Feel Your Boobies Foundation.’ The script was also selected as a ‘Finalist’ and ‘Official Selection’ at ‘Creeper Film Fest’ 2018 and ‘Diabolical Horror Fest’ 2018, among numerous other festivals. The film itself has yet to debut on the festival circuit, but will likely premiere in 2020. Tons of insanely skilled creative people dedicated their time and effort on every level of that film, and I cannot wait to share their hard work with the world.

Since graduating with my BFA, I have been primarily focused on freelance writing and directing projects, including a really fun music video project that I am directing coming within the first chunk of 2020. I’m really excited for that one.

Has it been a smooth road? I think that every career path, especially the road to a creative career, is fraught with challenges. Something I have learned is that failure isn’t as simple as an undesirable result: it is a completely unavoidable part of the process. Growing as a filmmaker and as an individual has meant learning to look deeply at my own creative, personal and professional failures, unflinchingly. My mother is a psychotherapist, so this introspective and insightful attitude is well within the spectrum of emotional tools I was raised to utilize.

Ultimately, I’m the kind of creative that needs to be my own worst critic. If my work doesn’t even stand up to my own taste, I’m doing something wrong. Reflecting that, I am privileged to be a young filmmaker with a portfolio of strong, relatively polished work. But even with that small handful of projects, the path to that end result is littered with tons of abandoned concepts.

Scripts that didn’t work, projects that didn’t come together at the right time, collaborations that crumbled for whatever reason, all of these things are par for the course in this field. In fact, I would argue a lot of them are hyper-common in Los Angeles. If you can’t roll with it, if the fluidity of that kind of elevated ‘starving artist’ workspace is out of your grasp, this is can be an almost impossible field to succeed within. If it were a smooth road, I think you would see more people taking the leap to pursue this kind of creative job.

We’d love to hear more about your work.
As I mentioned earlier, I’m a freelance filmmaker, primarily focused on screenwriting and directing. My work tends to have a genre bent, often toeing the line between action and horror. A frequent trait of my work is great stunt work in killer fight scenes (I collaborate a ton with the incomparable stunt team at Sword Fights, Inc., led by the brilliant action maestro Brian Danner.) We recently released a really fun female-led action concept trailer called Satan’s Seven, which we’re looking into developing into a larger project.

In honing my skills as a filmmaker, I also push myself outside of my comfort zone. I’ve focused on building my own unique creative voice, and part of that has meant expanding to a variety of genres and formats for visual media. To spotlight a few, my portfolio also includes some really fun comedy in the satirical commercial 1-800-SUN- DETH, and some deeply moving character drama in my LGBT short film, Inanis, which was selected at ‘Lovesick Film Festival’ 2018 in New Jersey, ‘Hollywood Reel Independent Film Festival’ 2019, and ‘Los Angeles Lift-Off Film Festival Online’ 2019. You can also check out my very first music video project, Down the Line, which I directed for my good friend, musician and actor Lokl Yokl (aka Chris Kircher.)

In rounding out my professional experiences, I have also worked in social media content and marketing, serving for a time as the interim creative director for a startup in the burgeoning Los Angeles consumer cannabis market. In that role I creatively supervised campaigns for conception to completion for various established brands in the cannabis space, even personally directing advertising spots shared the tens of thousands of views on the official High Times Magazine Instagram feed.

Today, I am available as a freelance director for projects of all shapes and sizes. Currently, I am attached to multiple music videos in production, but I am always seeking more collaborators. Beyond that, I’ve got a few other projects in various stages in development (including a couple feature film concepts) but you’ll just have to wait and see!

Is our city a good place to do what you do? There is truly no city on earth like Los Angeles, and I would go as far as to say that the weight of this statement multiplies exponentially if you’re trying to become a filmmaker. Certainly, there are other hubs for the production of cinematic art across the country (and the world.) Atlanta, New York, Vancouver to name a few. But nine times out of ten, if you want to write or direct films, you need to be in LA.

If you want to work in the entertainment industry, in pretty much any role, there is a high chance that moving to LA is what you need to do. However, this does not come without caveats. Los Angeles can be an extremely brutal city to live in. It should go without saying, but without the necessary financial resources or support, living in LA and pursuing a creative field can be an impossible combination. I believe it takes a cocktail of hunger for opportunities, luck, skill, personality, and privilege to find success here. 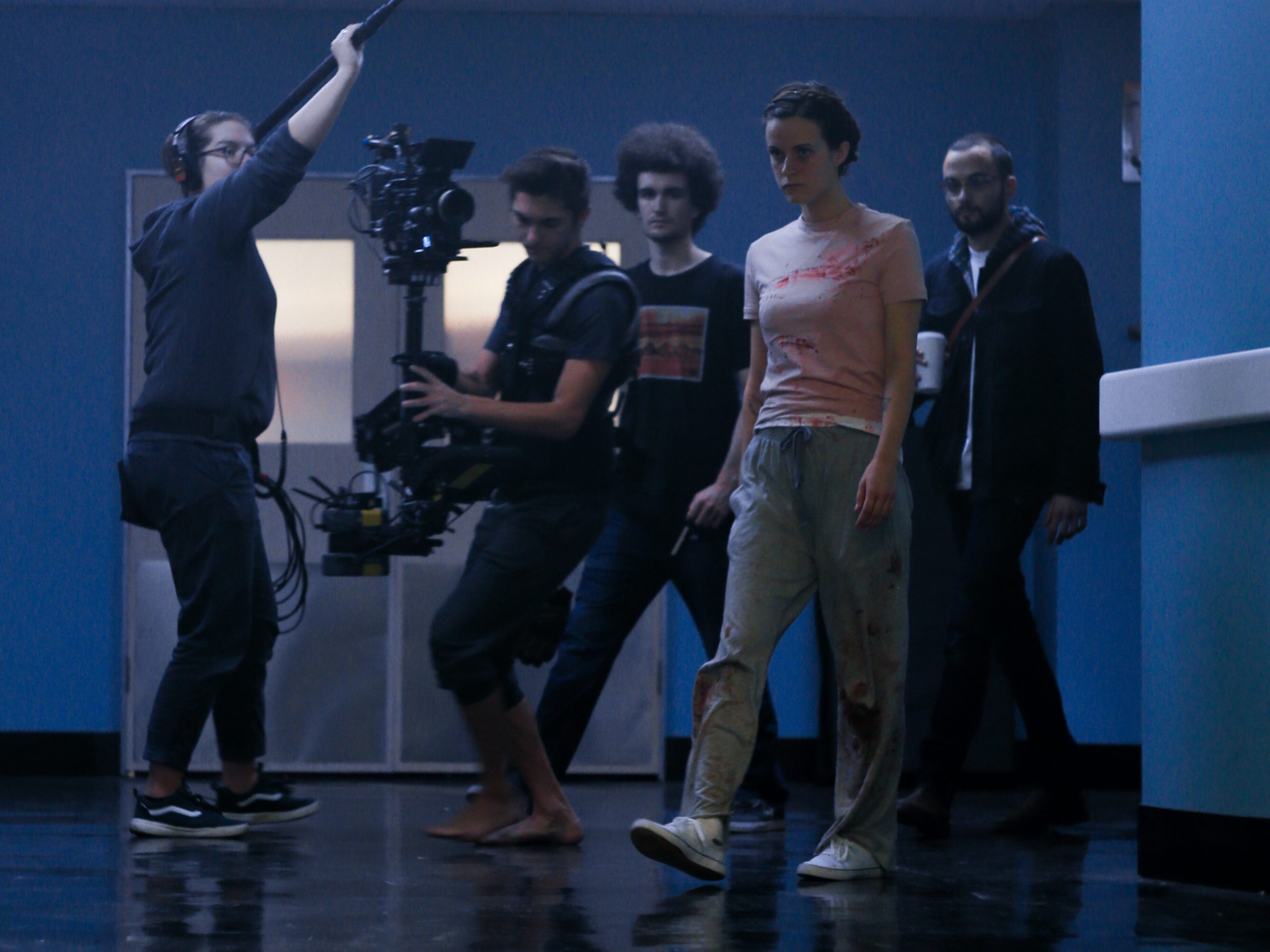 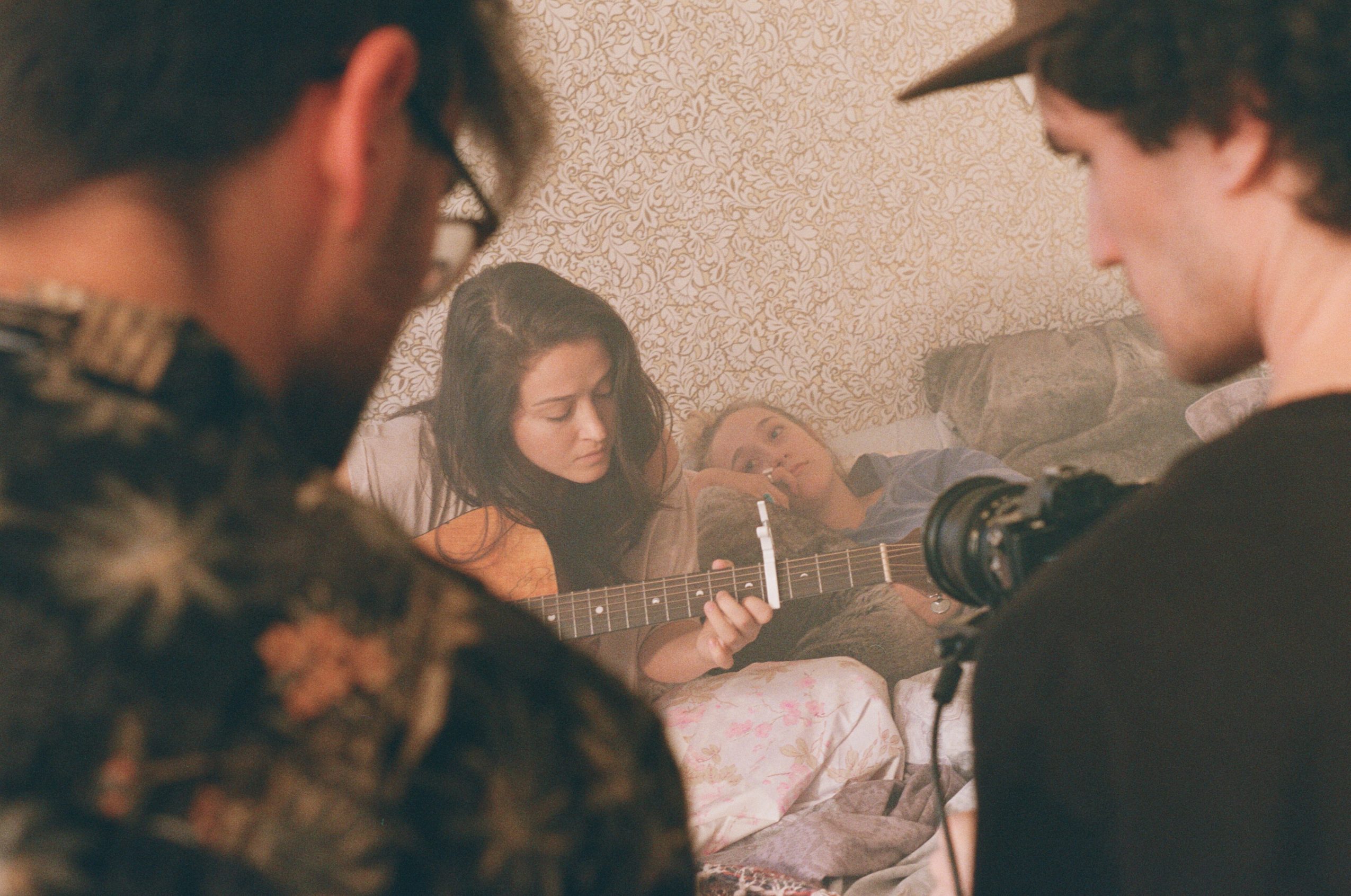 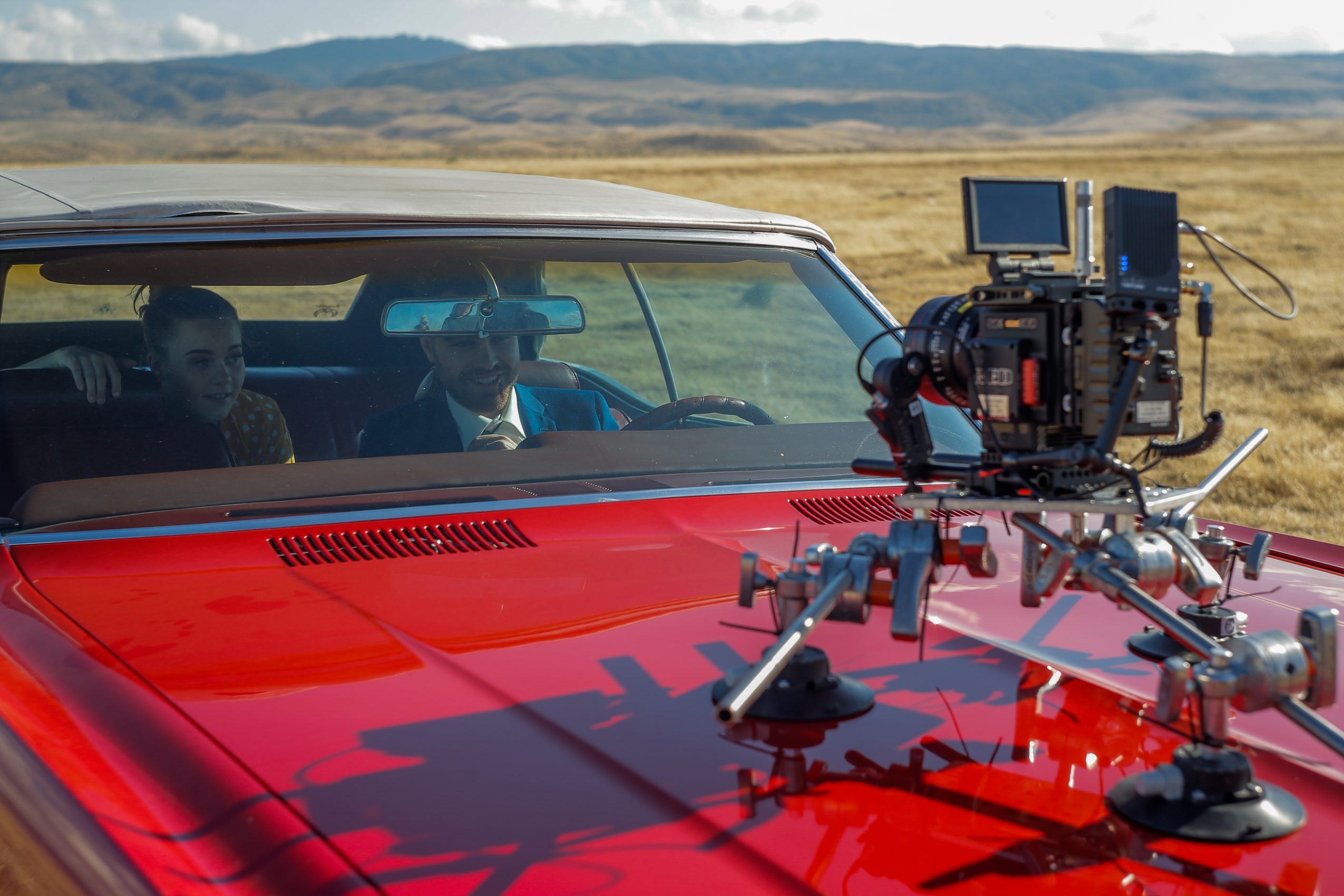 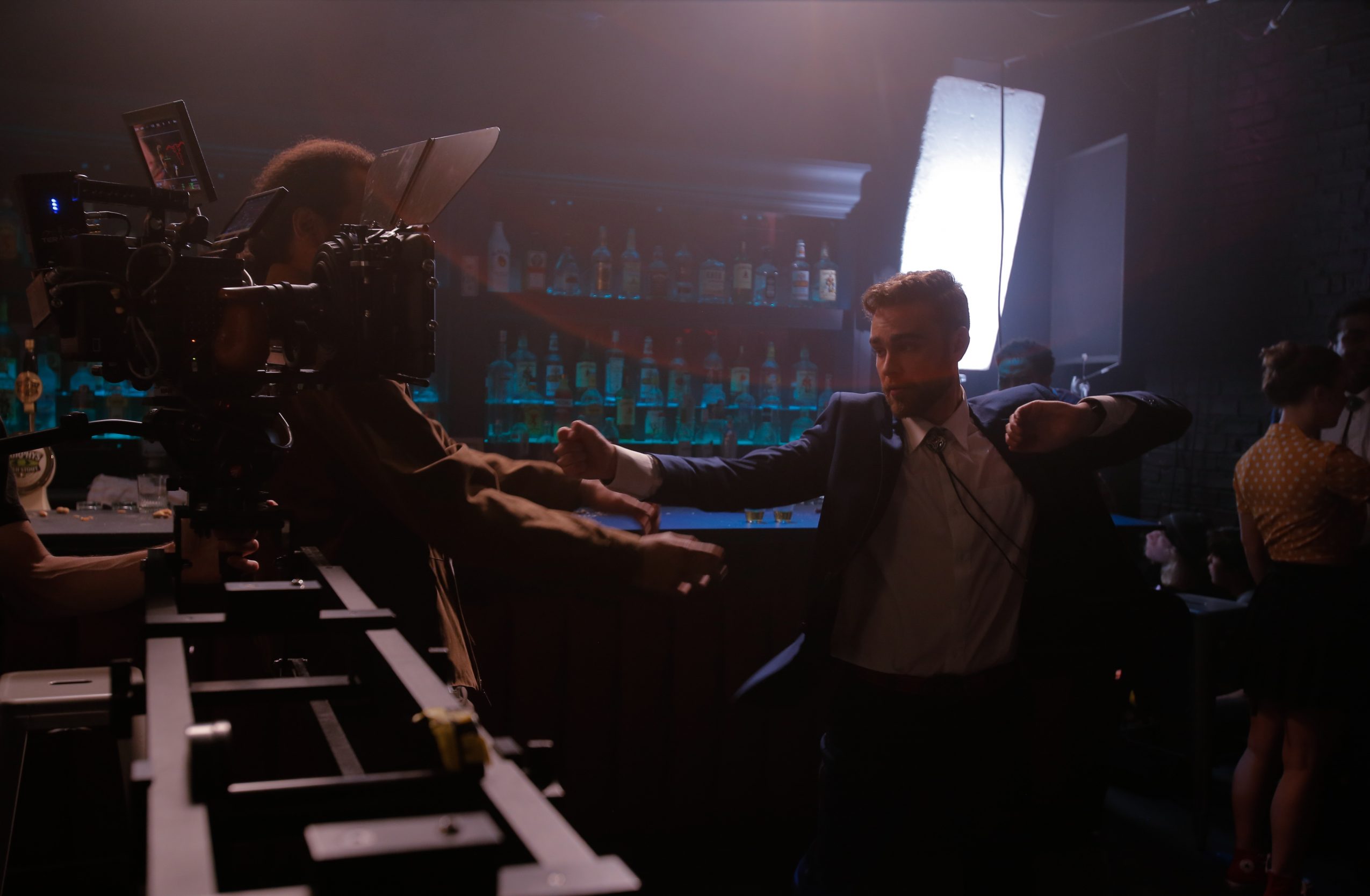