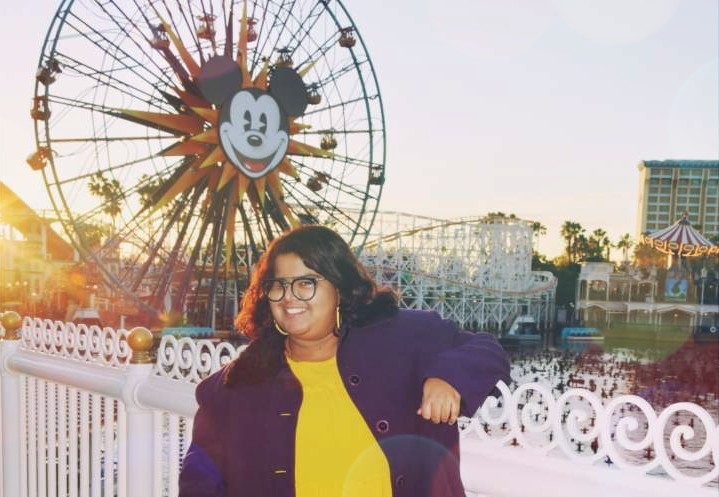 Today we’d like to introduce you to Rupali Ingle.

Hi Rupali, thanks for sharing your story with us. To start, maybe you can tell our readers some of your backstory.
As a kid, I was always into sports but then in school, I was introduced to Calligraphy, that’s when I started gaining interest in the arts. When I was nine years old, I wanted to become a fashion designer which led me to know about Central Saint Martins, UAL. I got in touch with Edwise International and got to know about ‘London Arts Academy’ where I was accepted after my 10th grade on trial basis. Usually, the course is for students who have passed 12 grade but I insisted them to please let me try and fail but I passed that with flying colors under my professor Archana Patel. After my 12th grade, I went to study the Textiles portfolio short course at Central Saint Martins in 2014 for about three months. Later, I came back and enrolled for BFA Applied Art in University of Pune as I couldn’t afford to study fashion abroad. I didn’t wanted to study fashion in India so I decided to just get a degree in fine arts. In the same year, I got accepted into Glasgow School of Art directly for second-year BA (Hons) Fashion Design but again couldn’t pursue that because of financial issues.

During the first year college exhibition of my undergrad, I had my personal work put up when the head of Graphic Design at MIT Pune saw my work and asked me to do ‘Set Design’ for a theatrical play called ’99 Women’ which was happening in India for the first time. She never got back to me, but I contacted the ‘99 women’ page on Facebook. I got the reply and after a short trial of doing some rough ideation sketches for the show, the director Sonali Kothari gave me the job. I wasn’t happy at all when I was pursuing my undergrad, so to get my mind out of it, I started watching a lot of Bollywood movies that’s when I thought about trying my luck in Bollywood. I watched a lot of movie trailers on YouTube to check the credits and made a list of production designers. I started to find them on social media platforms. Luckily, I found some and started sending them my resume and work. To my surprise, a lot of them got back to me and I ended up getting the offer to intern in the art department for 2018 hit Bollywood movie ‘Kedarnath’ under Production Designer Mayur Sharma. I worked on it for three months full-time during my summer holidays after my third year of undergrad. It was a big thing for me as I didn’t had any connections and came from nowhere i.e., I am the first from my family to pursue something related to creative arts/film. The best memory for me was when director Abhishek Kapoor said ‘I am so glad that you were there on set’, God bless you’.


After Kedarnath, I also interned under Karishma Shahani Khan at her famous fashion label ‘Ka-Sha’ while I was in final year of my undergrad. After this point, I knew I wanted to become a production designer so I came to study MFA Production Design at Dodge College of Film and Media Arts in 2019 right after my undergrad hoping to get into Hollywood. The reason why I choose Dodge college over others was my professor John Chichester who read my style of work and understood me extremely well as an individual so I knew I was going to get the freedom here to design the way I want. This past summer, I got the amazing opportunity to learn and intern on an upcoming TV series under three-time Emmy nominated Production Designer Dave Blass. Currently, I am in my final year and I can’t wait to start working in Hollywood from summer of 2021 & try to join the prestigious Art Directors Guild.

Would you say it’s been a smooth road, and if not what are some of the biggest challenges you’ve faced along the way?
It has been a road full of bumps. The most difficult part was to take the chance to come here in America without any connections. Coming from a middle-class family and attending a top film school whose fees and expenditure costs 10x amount of my father’s income. I believed I could do this and I was lucky enough to get the fellowship from Dodge College which has supported me immensely. Without it, I wouldn’t be here. The challenging part was to get the education loan to study master’s in film from back in India. If you want to pursue a STEM course, it’s easy but for a film course even for a top school it’s very difficult. Before Covid hit, the private banks were willing to give up to 40 lacs of unsecured education loan to STEM students but to me they weren’t even willing to give the same for even a secured loan. This differentiation made it difficult for me to get one and I didn’t even knew I was going to make it here a week before I had to leave. Thankfully, I got the education loan from State Bank of India just on time to come here and took the leap of faith.

Can you tell our readers more about what you do and what you think sets you apart from others?
Currently, I am a graduate MFA Production Design student at Dodge College of Film and Media arts, Chapman University. A Production Designer is responsible for the whole visual appeal of the film. It is the production designer who comes up with suitable visual environments which help to transport the viewer back and forth among different timelines for effective storytelling. The most creative and fun aspect for me is to visualize and build that ‘World’ which makes the audience believe and stay in the story. It is a team effort and the process includes research, creating moodboards, concept art, set design using 3d models whether digital or physical scale models, actual set construction, set decoration, etc. As I am a student right now, I have the freedom to choose the projects that I want to work on and develop them enough to come up with actual set plans and concept art/rendering.


One of my projects is based on ‘The Model Millionaire’ by Oscar Wilde and I choose to design the Artist’s Studio. I took the inspiration from Pablo Picasso’s studio in France for this project and ended up making a ¼” scale physical model of the whole set. While you are studying, you get to experiment and work on the projects you want to thus I feel these projects really express my individuality as an upcoming designer. I personally love working on fantasy projects because of their wide scope of creative freedom i.e., You have the freedom to come up with something that the world hasn’t seen before and you create your own world. I feel my quirky colors, creative imagination, enthusiasm and curiosity set me apart from others. I am proud of the fact that despite a lot of bumps, I stayed positive because of which I am here studying at my dream school waiting to graduate and make it in Hollywood.

Is there something surprising that you feel even people who know you might not know about?
I know it’s weird but I love the smell of Petrol. 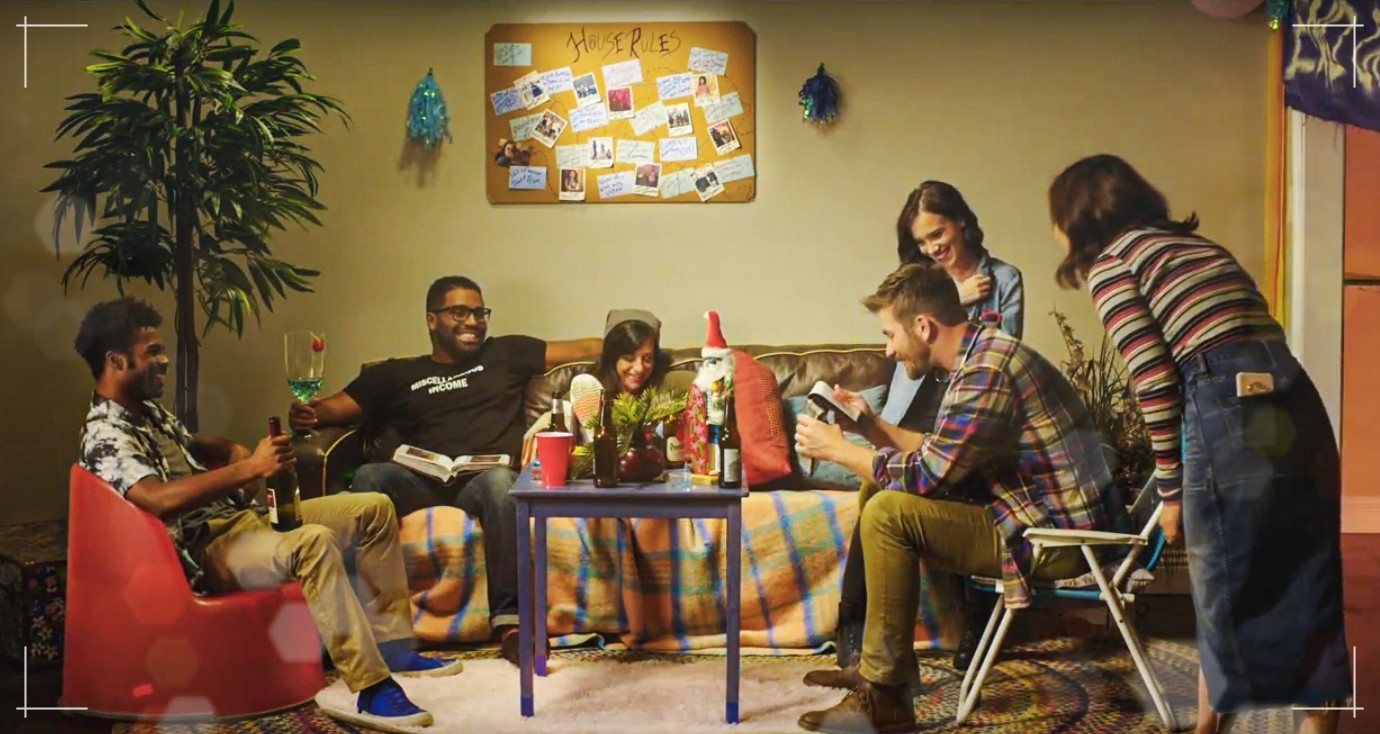 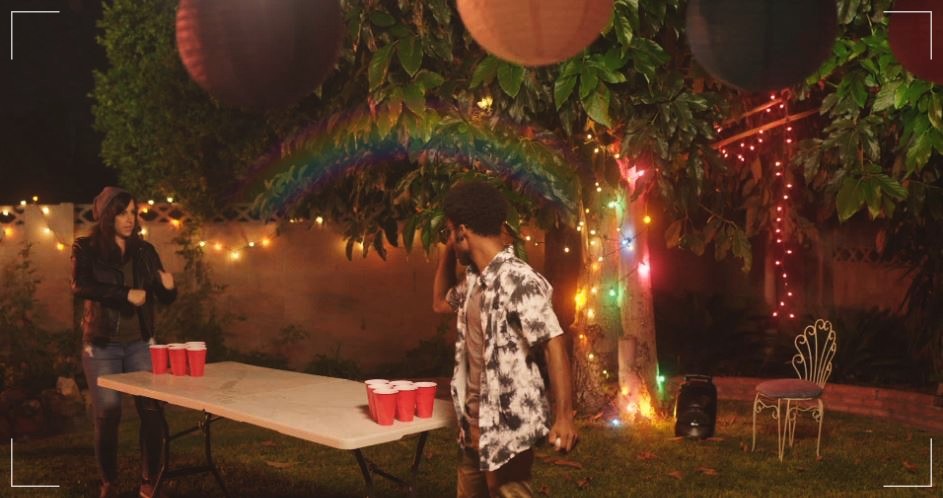 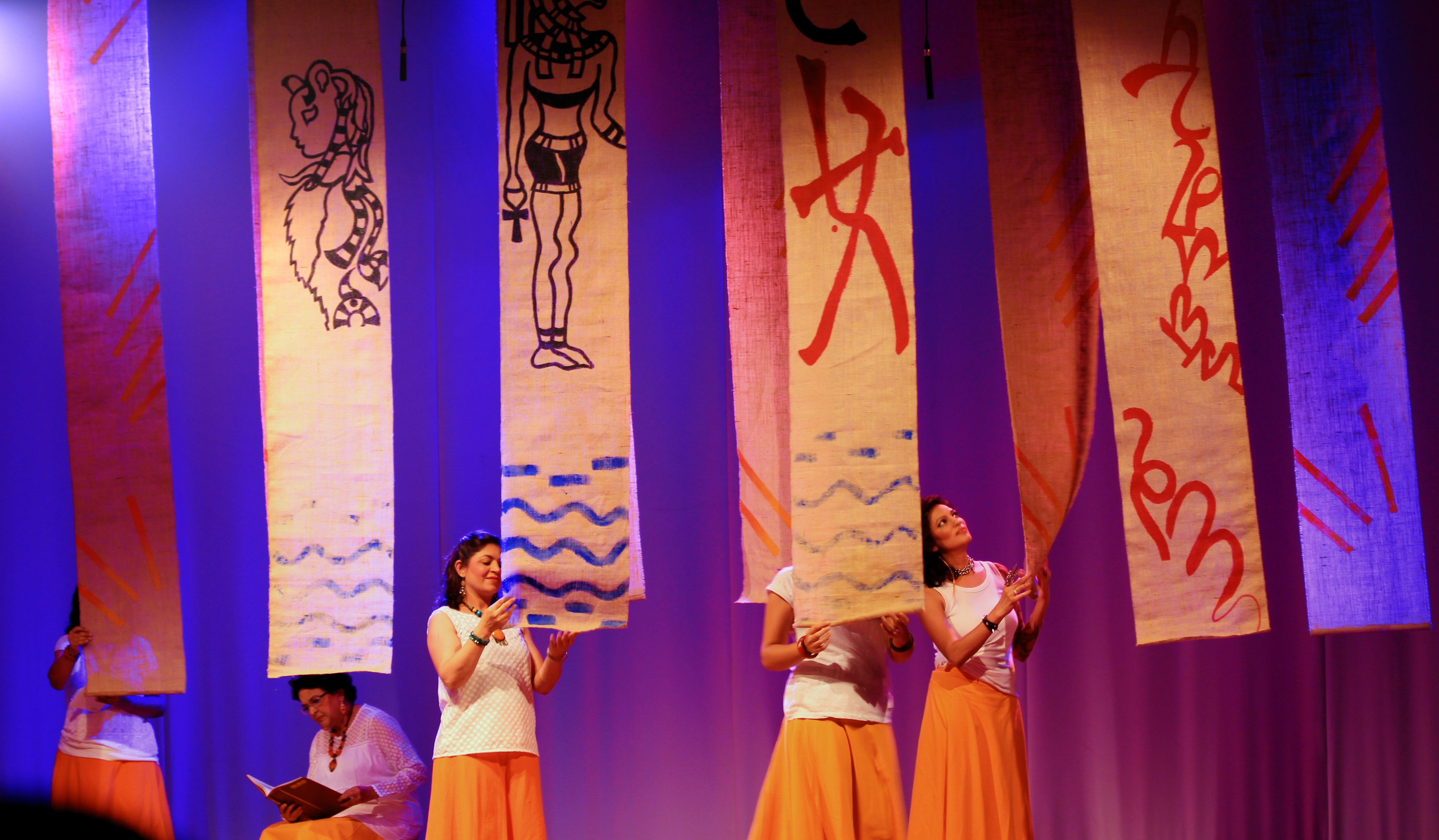 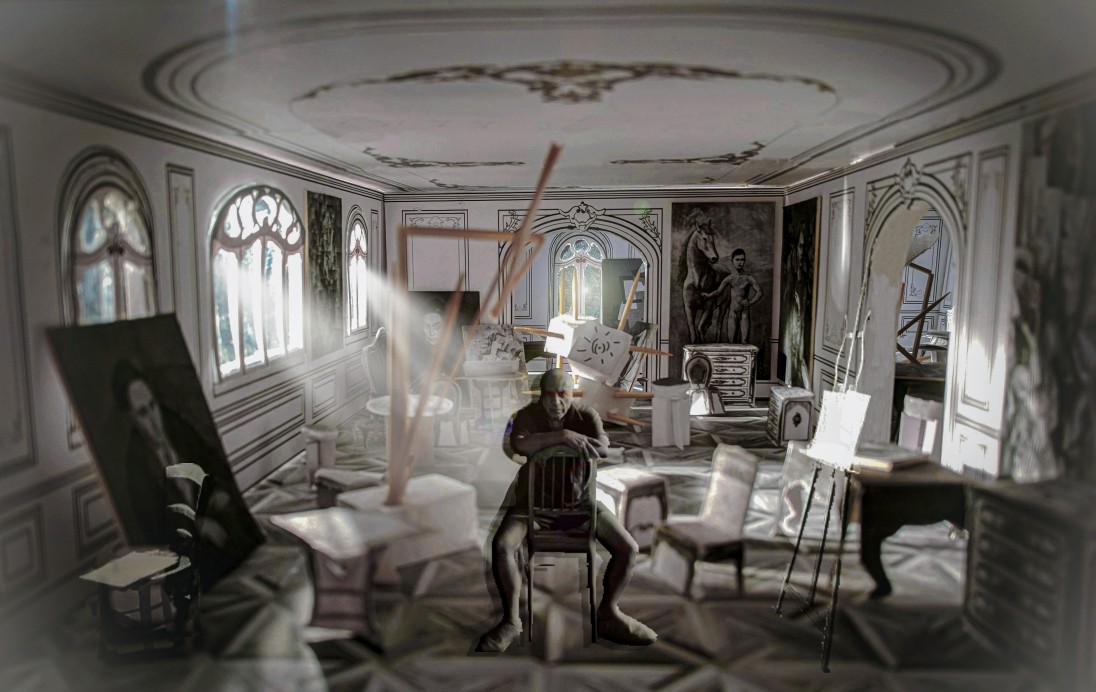 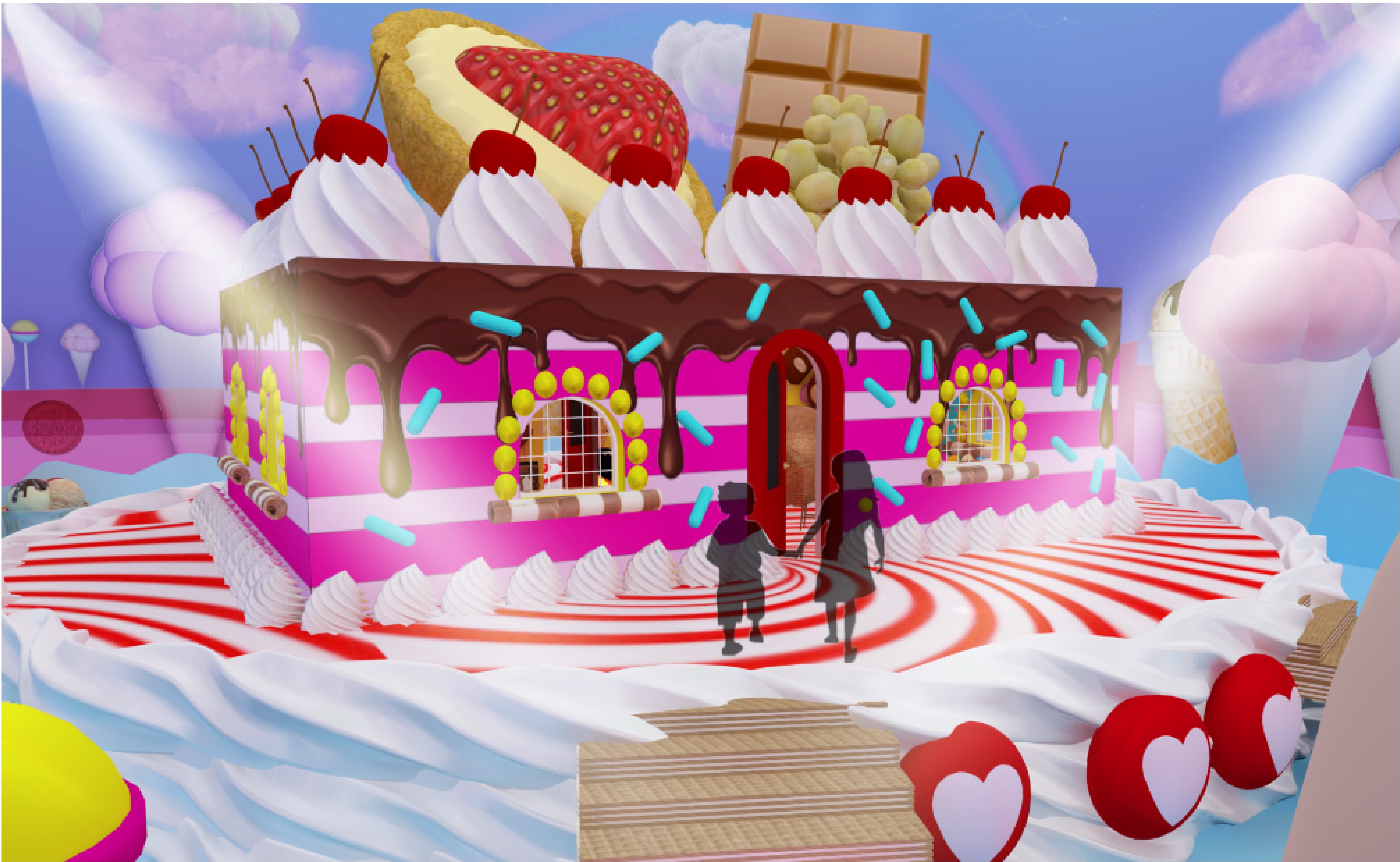