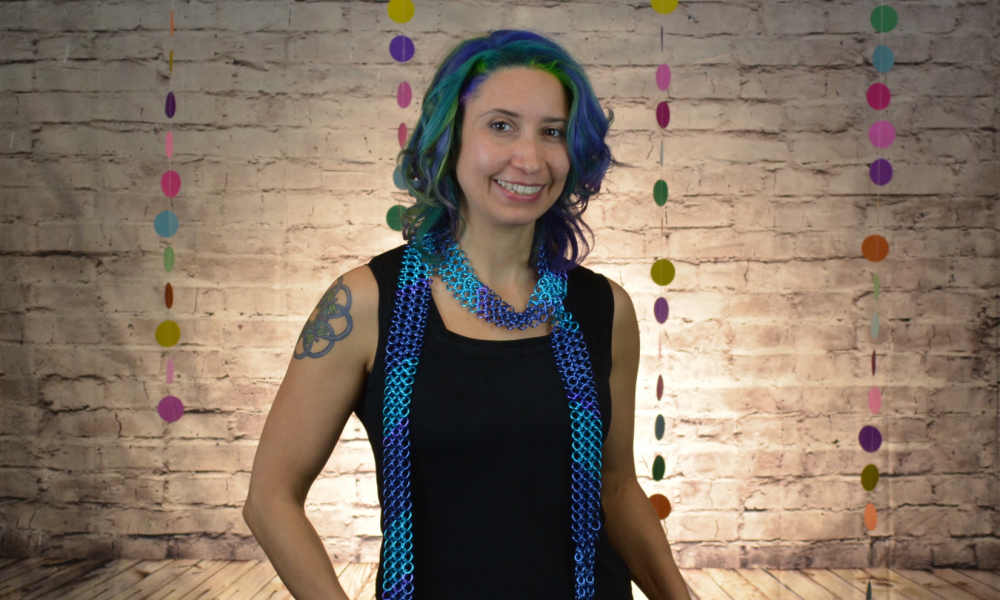 Today we’d like to introduce you to Rebeca Mojica.

Rebeca, please share your story with us. How did you get to where you are today?
I’m a self-taught chainmaille artisan. I got started after catching a glimpse of someone wearing a beautiful chainmaille belt back in 2001. I couldn’t find anyone selling a similar belt that I really liked, but eventually, I found eBay listing for “1,000+ rings! Make your own chain mail!”

And thus, it began.

I grabbed the only tools I had, which were completely inappropriate wrenches from my toolbox, and started linking the metal rings together to make my very own belt. Almost as soon as I started, I knew this was what I wanted to do with my life. I ordered more supplies—and better tools! —and started selling jewelry designs under the name Blue Buddha Boutique in my hometown of Chicago.

Shortly thereafter, began teaching chainmaille at a local bead shop. This led to me selling part of my stash to students for extra income. I invested everything I made back into the business and little by little it grew. I started to sell my jewelry in local boutiques and galleries. I created a website to sell jump rings to my students, and orders started trickling in from other states. Once I began to sell instructions and kits, the mail-order business really took off.

By 2007, my hobby was now my full-time business and I’d hired my first employees. By 2011, the business grew to $1M in annual sales with a total of 18 part- and full-time employees. I wrote an instructional book on how to make chainmaille that sold 40,000 copies and helped put Blue Buddha on the map. We branched out to work with designers all across the country, developing kits and instructions for more than 150 chainmaille designs. We eventually opened a retail store. In addition to an assortment of our online inventory, we offered in-person classes. One of the things I’m most proud of was our artisan market featuring the work of 80+ local artists.

As Blue Buddha grew, I separated my finished jewelry line from Blue Buddha, and began selling my designs under my own name, Rebeca Mojica Jewelry. It was the right move from a branding standpoint, and I felt almost instantly “rewarded” because my very first show selling designs under the new name, I received a wholesale order from the Museum of Contemporary Art in Chicago.

Around 2013, sales started to plateau and for the next few years, they steadily declined. We also faced manufacturing challenges that we just couldn’t figure out. Eventually, in 2016, with the decline in sales and no profit for 2 years, Blue Buddha Boutique dissolved.

Right about the same time, I’d been approached by a toy company to work with them on a project for kids. And thus, the brand Linkt® Craft Kits was formed—the first line of DIY chainmaille jewelry kits geared toward kids 8 and up. It’s a perfect example of “when one door closes, another one opens.” The kits just hit stores in the spring and summer of 2017 and have already won multiple industry awards and have appeared on QVC. It’s been exciting and challenging developing this line, and I can’t wait to see where it goes.

After I downsized Blue Buddha to a sole-proprietorship, I moved to West Hollywood. I love it here! I spent the last 12 months nesting, getting to know the area, and, in all honesty, grieving the loss of Blue Buddha. I still sell under the Blue Buddha name, but obviously now that it’s just me, the scale of the business is MUCH smaller. This means I finally have time to focus on my Rebeca Mojica Jewelry line. I feel like the creative aspect of what I do was so easily put on the back burner to work on building Blue Buddha, and then Linkt®. Now that I’m in a better rhythm with both those projects, I can take time to nurture my creative side, because that is truly my passion and what feeds my soul.

We’re always bombarded by how great it is to pursue your passion, etc – but we’ve spoken with enough people to know that it’s not always easy. Overall, would you say things have been easy for you?
There have been so many challenges I don’t think I can list them all, but honestly, that’s one of the things that makes being a business owner exciting. You learn so much when you’re starting out—like, really, you’re learning all the time—and then you grow to a new level and face new challenges, and you have to figure those out, and then you’re at yet a new place, with new challenges, and so on. It can be exhausting, yes, but it’s also exhilarating.

The main obvious struggle was keeping Blue Buddha Boutique afloat, which ultimately, we could not do. That was a rough period in my life. I’m so thankful that I had the most amazing team: incredibly loyal folks who worked their butts off through their very last days. It was no secret what was happening; I’d been practicing open-book management for a few years, so everyone knew what the company was facing and everyone was involved with trying to come up with solutions. It’s tough, when you love what you do, and you love your co-workers, and you see how happy your product makes your customers… but ultimately a business that is continuously losing money is not viable, no matter how feel-good everything else about it is.

My main struggle personally has been finding balance. Obviously, I’ve always juggled a lot of different projects. Yes, everything is rooted in chainmaille, so there is a focus. But there are a lot of skill sets involved with everything I do and have done – managing, bookkeeping, creative design work, manufacturing, website development, inventory management, e-commerce, retail sales, teaching, … the list goes on and on! When the supplies part of Blue Buddha took off, I put a lot of energy into developing that, and as a result, didn’t develop my personal jewelry line as much as I wanted. This past year, it required a lot of time and energy to get Linkt® off the ground, and once again, my jewelry line wasn’t a priority. Now that I’ve gotten into a bit of a rhythm with Blue Buddha as a sole proprietor, and with Linkt®, I finally have been coming up with new designs and getting ready to overhaul my Etsy shop.

We’d love to hear more about your business.
I specialize in chainmaille—yes, like those metal mesh shirts worn by medieval knights. I use the same technique to create elegant jewelry.

I’m probably most known for founding Blue Buddha Boutique and for the instructional book I wrote: CHAINED: Create Gorgeous Chain Mail Jewelry One Ring at a Time. It was published 7 years ago and has sold about 40,000 copies. The book was meant as an introduction to chainmaille, and many readers continued on to become loyal customers of Blue Buddha. I’ve had people come up to me at shows and in my store, to let me know, with tears in their eyes, that CHAINED and Blue Buddha changed their lives. I never would’ve expected that — I mean, I’m in the crafts industry, I’m not curing cancer. But people get so much enjoyment from being able to make something with their own two hands. Adults who never thought they were creative all of a sudden have a new hobby which is soothing to make and gives them a sense of accomplishment when they look at the finished product. It’s so humbling and heartwarming to help facilitate that.

There were a lot of things that Blue Buddha was known for. While I’m thankful and grateful every day for those experiences, I don’t want to dwell in the past.

So, focusing on what I’m known for now, that would have to be my designs. Some of my jewelry is classic and understated, but my favorites are bold and big — jewelry that is worn by someone who isn’t afraid to be noticed. My customers are the women who know what they want and who are more swayed by their own personal aesthetics rather than what is mainstream and popular at the moment.

I’m known for my use of color and also for some of my more strikingly intricate designs, some of which don’t even look like chainmaille. When I first started, one of my favorite things, was when someone looked at a piece I made and said, “Oh, wow! I had no idea chainmaille could do that!” Even today, those words are still music to my ears. I love being able to delight people with the infinite possibilities of this medium.

What were you like growing up?
I was an only child and am probably a poster child for only children! I was fiercely independent – I never, ever wanted to ask for help and tried to figure out everything on my own. I attended public schools and was fortunate enough to attend a fine arts magnet school for K-6. This meant that from the age of 5, I took classes in dance, theatre, art and music. At the time I was too young to have such a deep appreciation for how unique and beneficial this experience was. I’m sure it helped shape me into a creative person, and I honestly wish more schools were created with a focus on arts.

I went on to attend a college prep school for 7-12 and that was another great experience. I was surrounded by fellow nerds and still keep in touch with so many of these people today. (Trivia: Michelle Obama also attended this same school!) Being a teenager is tough, and I definitely had my emo moments, but it was really helpful to be in an environment where I could be outwardly smart and creative, and that was all embraced by my fellow students, who collectively were one serious group of overachievers!

Being an only child, I was forced to entertain myself a lot. I really liked games, but my parents didn’t, so I made up countless games on my own: board games, card games, drawing games. I often tried to get my parents to play, but they usually complained the rules were too complicated, which they probably were, haha. So, it was mostly me, talking to myself, flipping cards over, slaying dragons and always finding the treasure at the end. 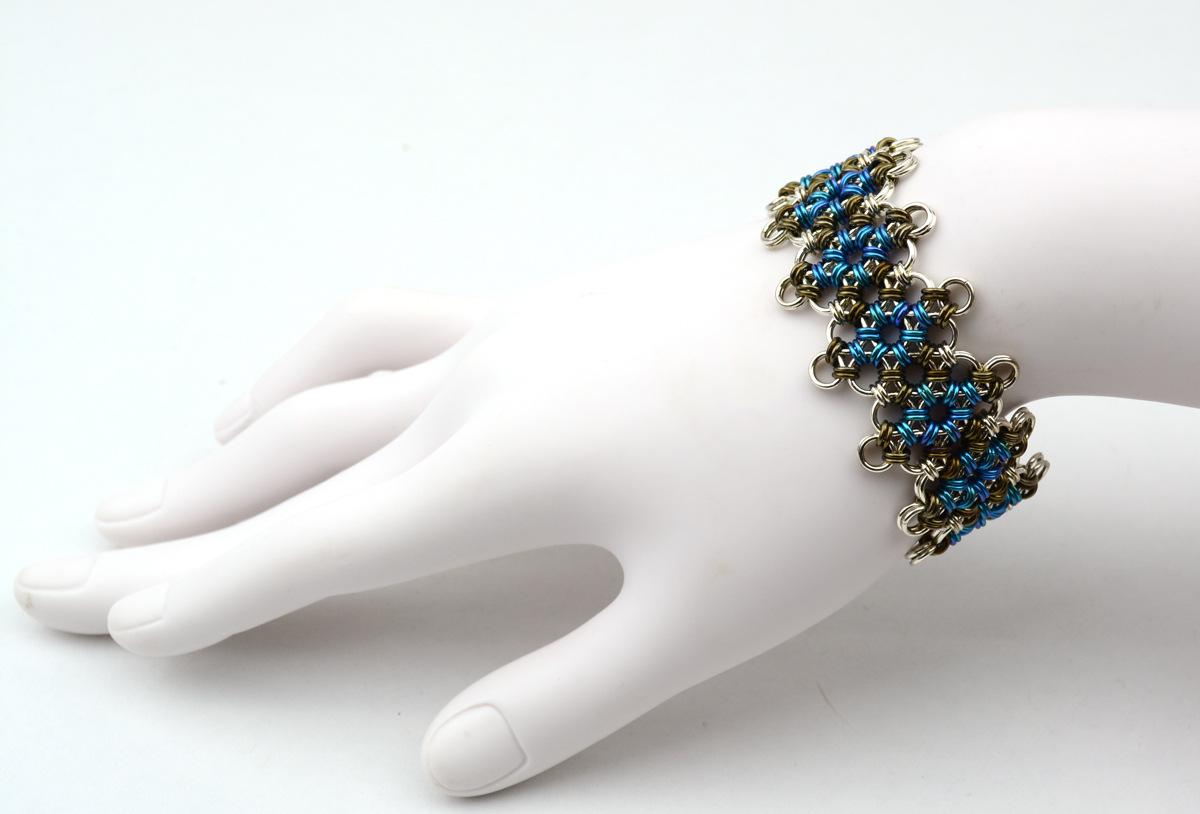 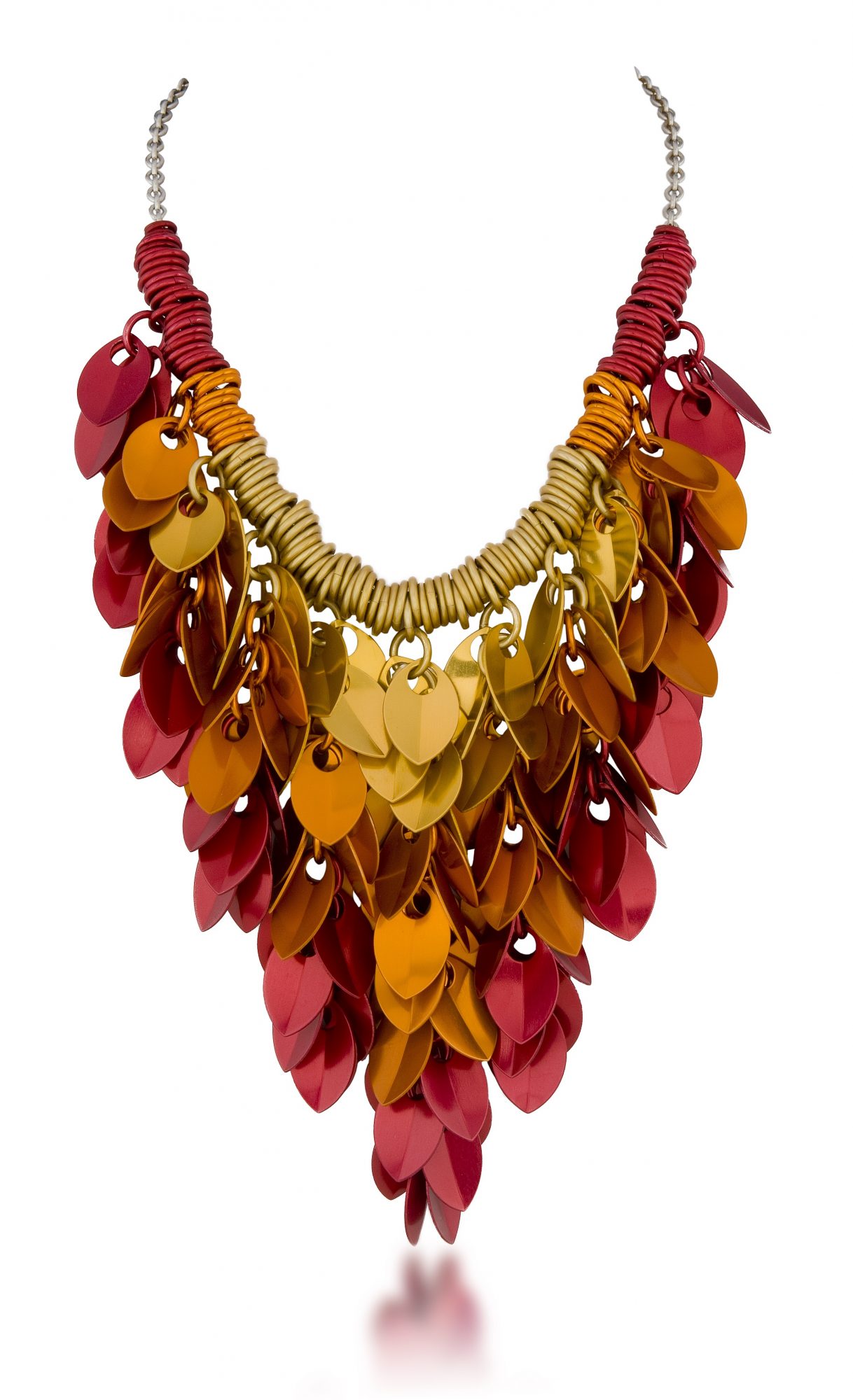 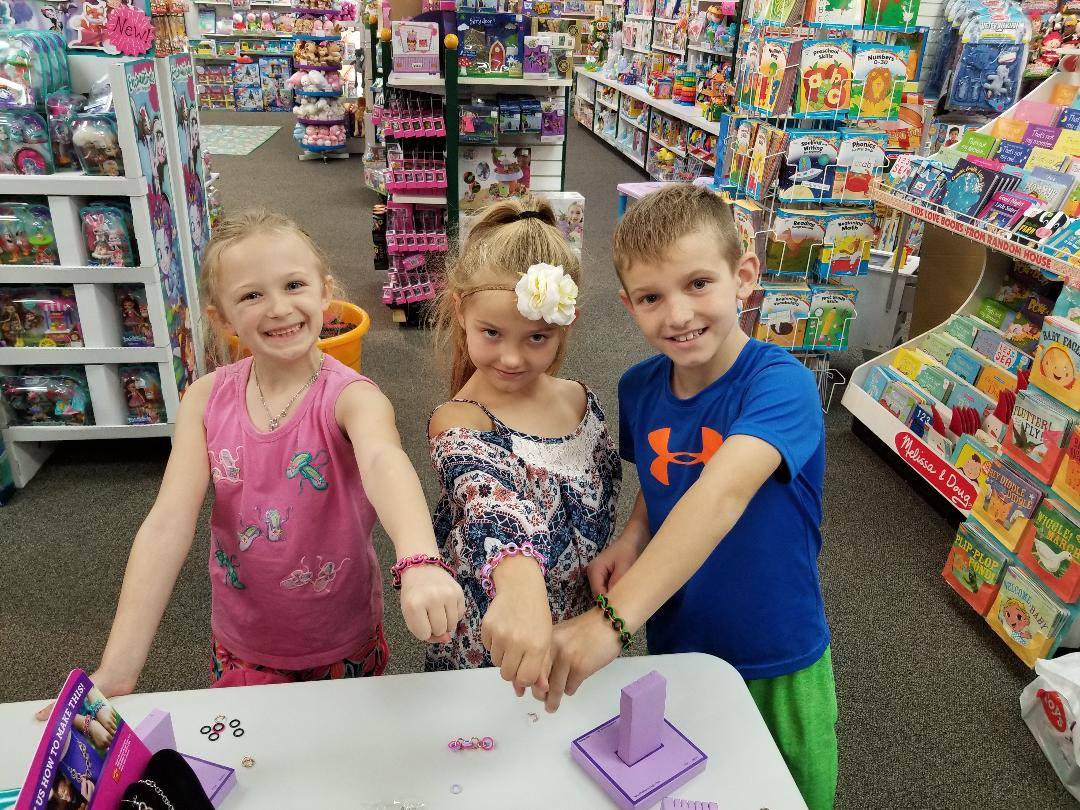 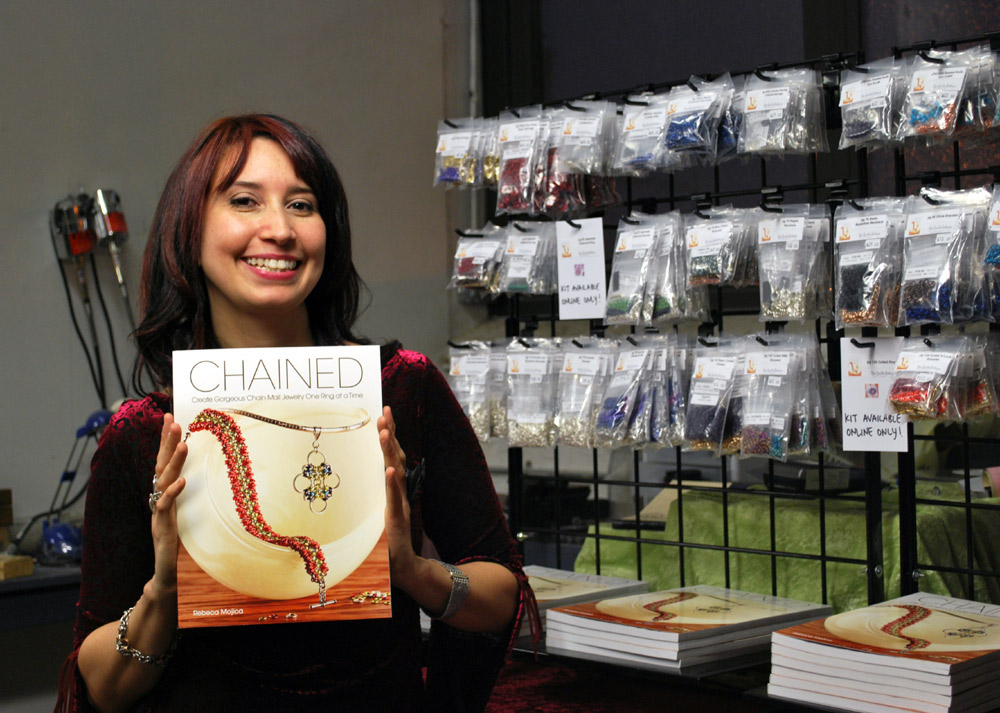 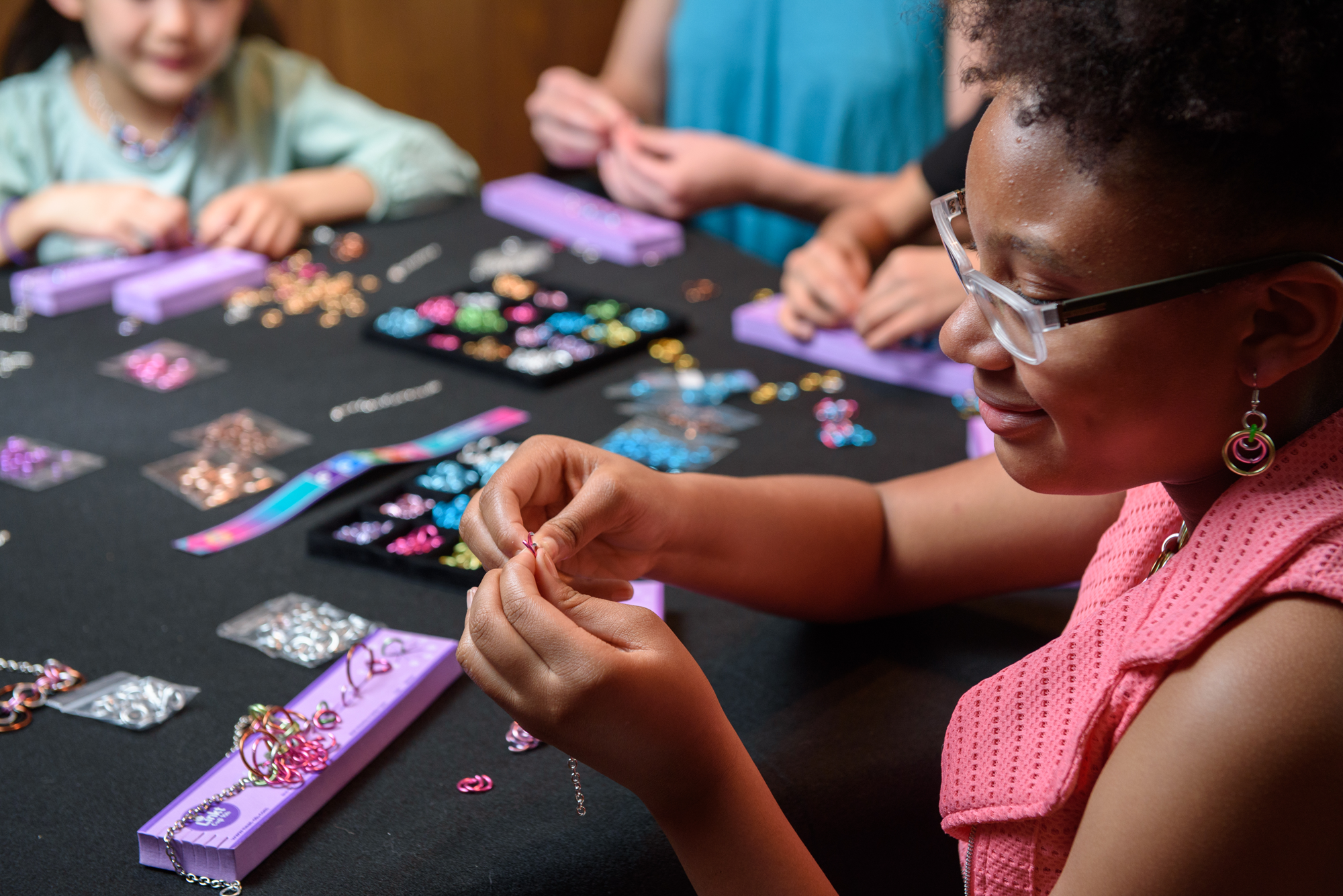 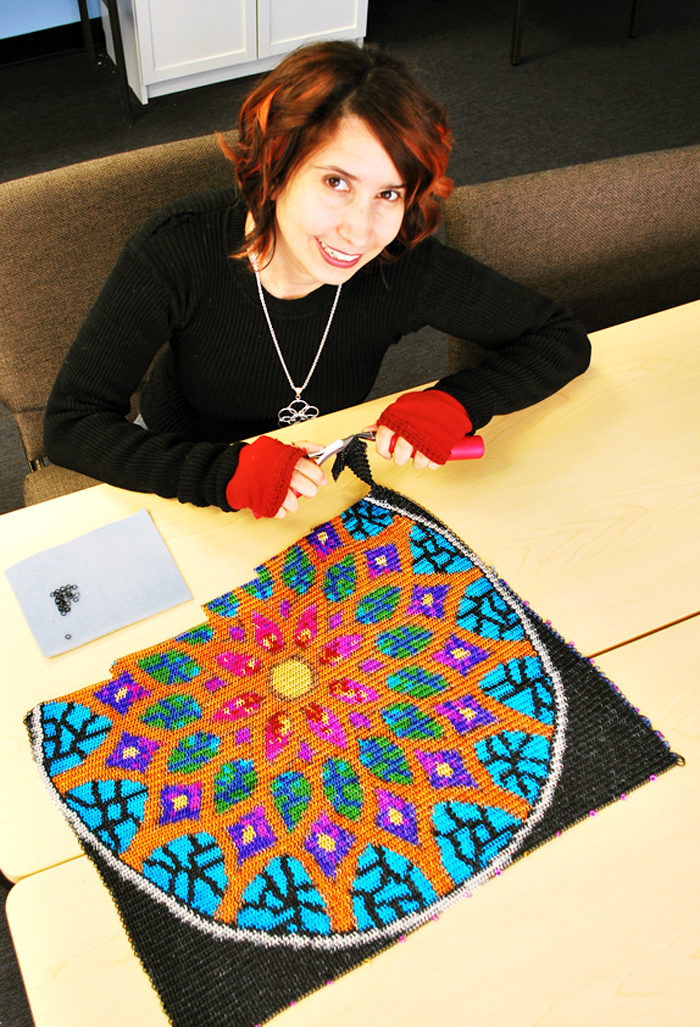 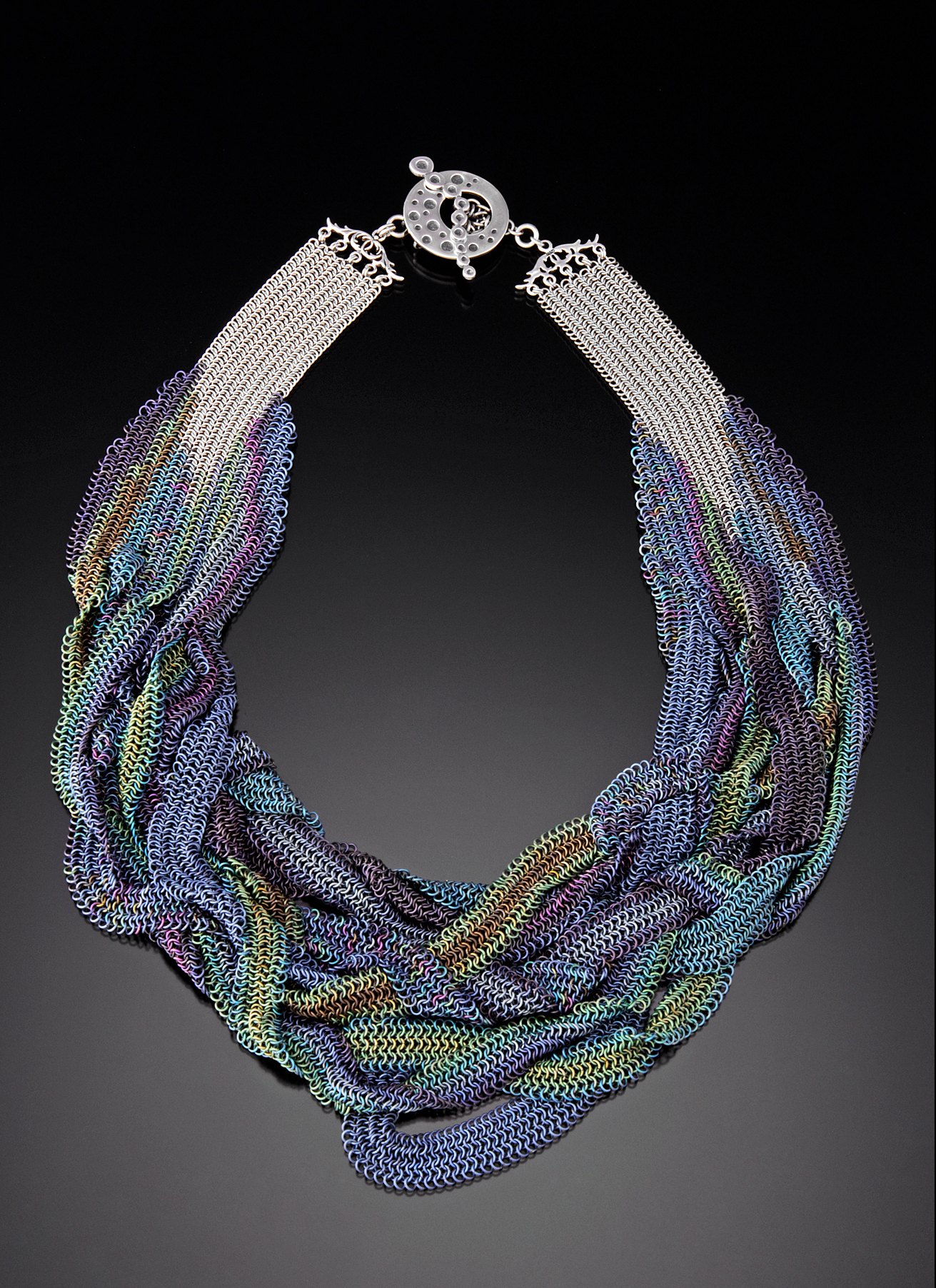 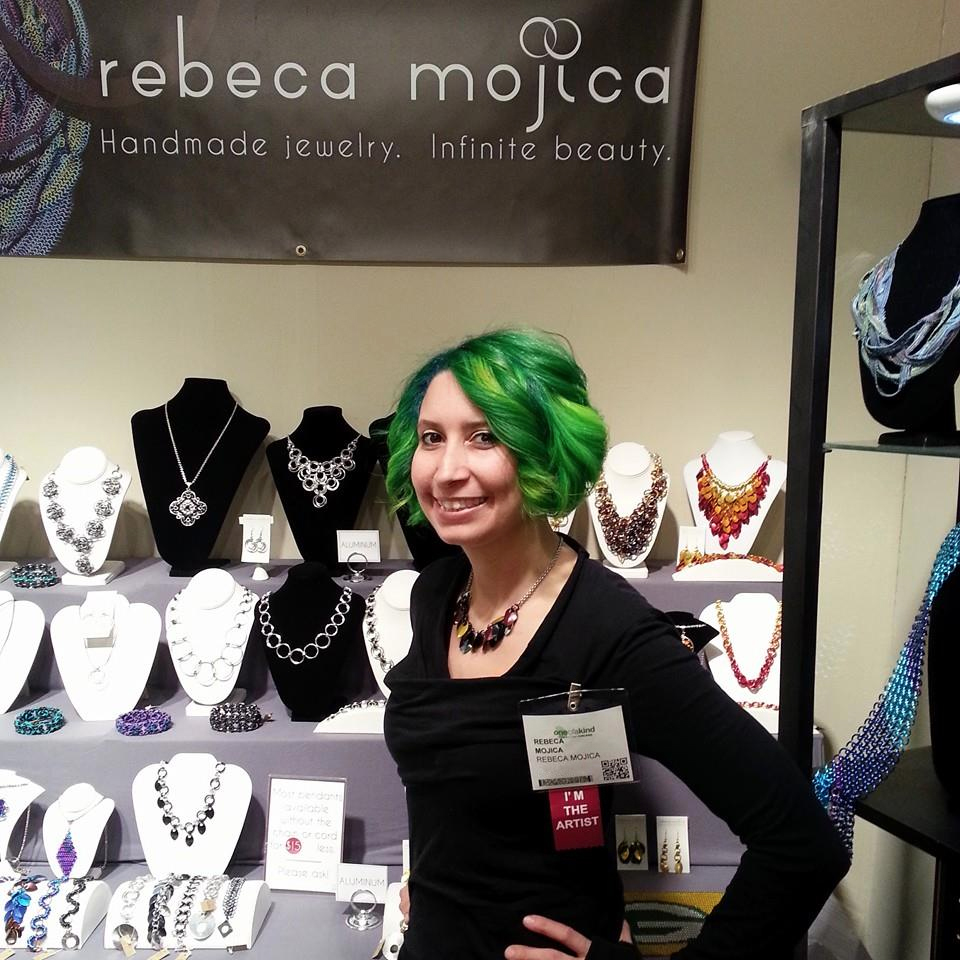