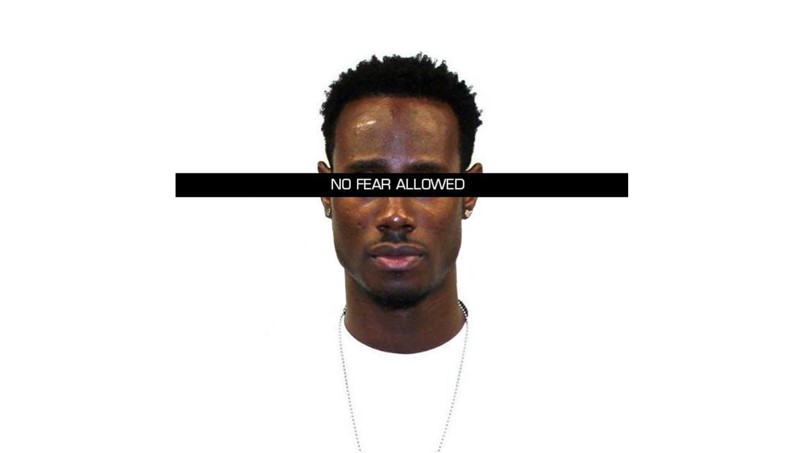 Today we’d like to introduce you to Quintin Williams.

Quintin, let’s start with your story. We’d love to hear how you got started and how the journey has been so far.
My story begins in a small rural town called Elko, GA. Although I was born at Keesler Air Force Base in Biloxi, MS, Elko is my true home.

I say this because that was the place that truly shaped me into the man that I am today. I learned what hard work entailed and what responsibility looked like through growing up in a farm environment.

My grandfather owned a cow and pig farm. I helped raise and feed them throughout my childhood and teenage years. This gave me the advantage of “getting the job done” mentality regardless if I was tired or unmotivated…I was given a task and I must complete it. No “if’s” “and’s” or “but’s” about it. Today I appreciate those moments more than ever because I understand how impactful they were.

From a young age, I knew that I had a natural talent and love for art. I drew everything from cars, shoes, to anime characters. I got a thrill showing my parents my latest drawing/sketch. They always showed me love through taking the time to applaud what I created and it only boosted my confidence to continue to create the future.

Outside of drawing, my other passion was always basketball. I would spend hours outside playing the sport either by myself or with my cousins that lived a few miles away. I dreamed of becoming a professional basketball player. My idol was Michael Jordan. I watched endless amounts of tapes and video of him play. I admired his passion and drive for the game….his will to be the greatest ever. I still model my drive and dedication after his play till this day in my professional world.

As I matured in age, I could easily see my natural talents belong to art and design. My senior year of high school, I decided to quit basketball all-together and focus on my skills as a designer. My art teacher at the time mentioned our alma mater, Savannah College of Art & Design (SCAD), and how she taught I’d be the perfect fit for that type of artistic education.

I visited the campus on SCAD Day with my parents and little brother and I instantly knew that it was the place where I needed to be. Partly due to the fact that the Industrial Design program at the time just completed a functioning car prototype. I looked at that as proof that I could become a car designer! My second passion.

I sent in my portfolio and was later accepted into the Industrial Design program at SCAD. I was so excited to move forward in my journey to become a car designer.

Like basketball, I later found that my niche talent laid in footwear design. Although I drew shoes for years, I never looked at it as a potential career until I tried to enter into a Reebok footwear apprenticeship and failed. I loved the process of being innovative on both the performance technology side and the aesthetic side of shoes. I essentially bridged my love for the line flow of car design and the performance of basketball sneakers, which I knew about from all of the years of playing the sport, and turned that into a new way for me to fulfill my dreams of becoming a designer……a creator.

In my junior year of college, I landed my first internship in shoes in Brooklyn, NY, at a small private design firm that produced private label construction and hiking boots for European clientele. I gained so much knowledge on the process of making shoes and the logistics of what it takes to enter and finish production. This only boosted my love for the craft.

Directly after my stint in New York, I flew to Portland, OR as I was selected to attend PENSOLE. PENSOLE is a footwear, intensive academy led by the former Brand Director of JORDAN Brand – D’Wayne Edwards. Being in Portland for three weeks gave me a bird’s eye view of how big the footwear marketplace was not only domestically, but internationally. I understood then my growth potential in the industry and how big my impact as a designer could be.

I went back to SCAD to finish my senior year and graduated with a bachelor’s degree in Industrial Design in Fall of 2011. Shortly after, I was invited to live in Dongguan, China, for two months with the same intern company in Brooklyn. I took the offer and was living on the factory designing and developing a new range of athletic boots to showcase to clients of the company. I was in hope that after completing this trip that I would be offered a job. I was offered the job, but the compensation I was offered didn’t fit what I knew my worth was…..so I respectfully declined.

I now was in search of finding employment within the industry. After eight months of emailing all of the contacts, I collected along the way, 5AM daily projects, and endless competition entrees…I was still without a job.

Those were some of the most discouraging months of my young adult life. I knew that I had the talent and know-how to fit into the industry, but no one was willing to give me a chance. I kept grinding. That daily grind later led me to win a nation design competition for a new, athletic start-up brand called Power Force Apparel based in Birmingham, AL. Winning 1st place in this competition led to me moving out to Birmingham as they didn’t have an in-house designer. My patience and hard work finally paid off. I was officially employed. After winning the competition, multiple job offers from the industry poured in and I respectfully declined them all. At this point in my career, I wanted to compete against the Goliaths of our industry. This way was much more fulfilling for me personally because it gave me the thrill of an athlete competing on a court. I would learn more about the business this way, as well as my hands, would be involved in many aspects. I was literally planting the seeds of entrepreneurship inside of my mental without truly knowing it.

A year later, I accepted a job in Los Angeles as Lead Footwear Designer for a Chinese brand called PEAK designing basketball product as I saw their potential to disrupt the current marketplace. I consciously chose this “underdog” route because it still gave me a sense of competition against the bigger, American players. It also provided the opportunity to expand my footwear experience internationally.

After 3.5 years of designing product for NBA players like Dwight Howard, Tony Parker, and George Hill, I gained more confidence and know-how of building product and how the distribution of this product takes place globally.

I recall sitting at breakfast in a hotel in Beijing saying to myself that “I can do this….it’s now or never.”

That was over four years ago. Today I’m the Co-Founder and Chief Global Designer for Q4 SPORTS with 5 NBA athletes linked to the brand wearing product on court. Every part of this journey I’ve part the work in. I’ve sacrificed a lot with my team to get here…..and we still have much more to accomplish.

Our mantra is “Work4Yours”. My personal testimony to this started as kid in Elko, GA. Never say any dream is too big. What they say is impossible today, you make possible tomorrow.

Has it been a smooth road?
The journey to create, launch, and successfully sustain a start-up brand has been everything but smooth. It’s to come expected because this industry is highly competitive. To our team’s credit, we are still accomplishing some amazing feats regardless.

Some of the struggles initially was getting people/athletes to try a new product. As a new brand on the scene, the first assumption that people make is that the shoe is inferior in performance compared to our competitors. We’ve been out to market for over two years now and have been reviewed via many main-stream sneaker weartesters, and not to mention multiple NBA athletes that play at the highest level, and our shoes have proven to be high-quality performance and comfort.

Once we exited out of that stigma, we gained much more traction in the basketball community and have been highly favored in the grassroots basketball scene (high school and AAU teams) and overseas. We will continue to expand because the marketplace is craving something new and fresh. We are the new kids on the block.

So let’s switch gears a bit and go into the Q4 SPORTS story. Tell us more about the business.
At Q4, we are currently focused in on delivering premium, performance basketball footwear for athletes around the world. We specialize in recognizing how powerful a player’s brand can be domestically and globally and give them a platform to customize and create their own Player Edition/Signature shoe to distribute to the masses.

What makes us different is that we view our athletes as true partners and we work together to boost both their brands to a higher level while simultaneously boosting the Q4 brand. With social media growing daily, athletes and influencers have the ability to create a unique product for their followers and fans that truly reflects who they are and what drives them.

With that said, I’d say the thing that makes me most proud of our company is that we are the “Peoples/Players Brand”. We cater to what our consumers and players want to see and wear on and off the court.

We have plans to transition into more apparel and other categories so we can continue to give the people what they want!

How do you think the industry will change over the next decade?
In the next 5-10 years, I see the footwear industry headed in a more “bespoke” and “niche” direction. I believe consumers are becoming tired of the major conglomerates and are craving to be different. They are looking for smaller brands that focus solely on the unique needs of a certain demographic of people.

Limited runs of product will be more of the norm. 3D printing will assist in this as well. As the process of this becomes more fluid and integrated, consumers will expect more bizarre, out-of-the-box designs and function.

More companies, specifically performance brands, will start to focus more on the e-gaming world as well as they are becoming the new superstar athletes of the world as younger consumers become more and more engaged with digital.

The world is ever changing. Some trends will be recycled, but the evolution of technology will bring in more innovative ways to serve new product to hungry consumers. 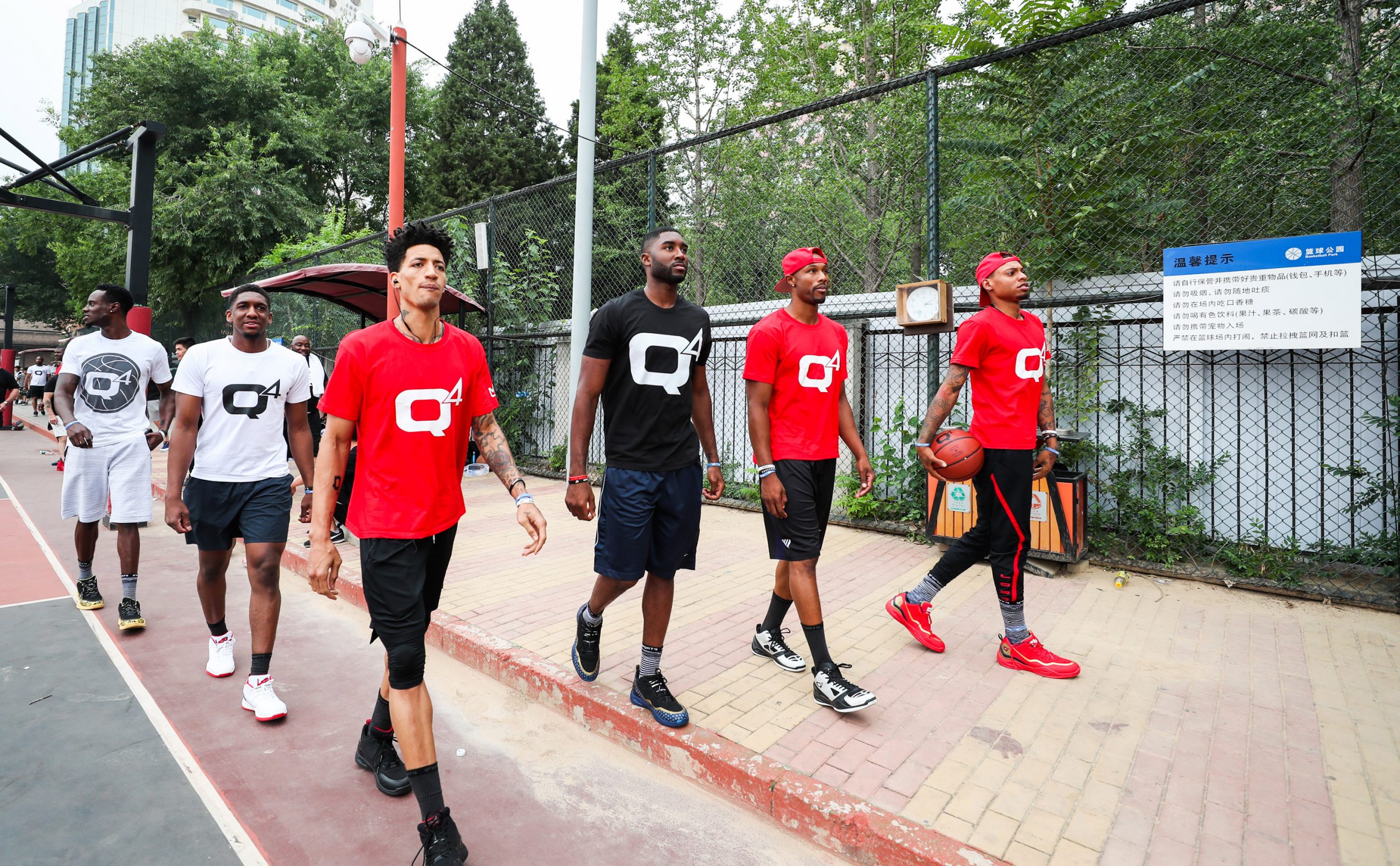 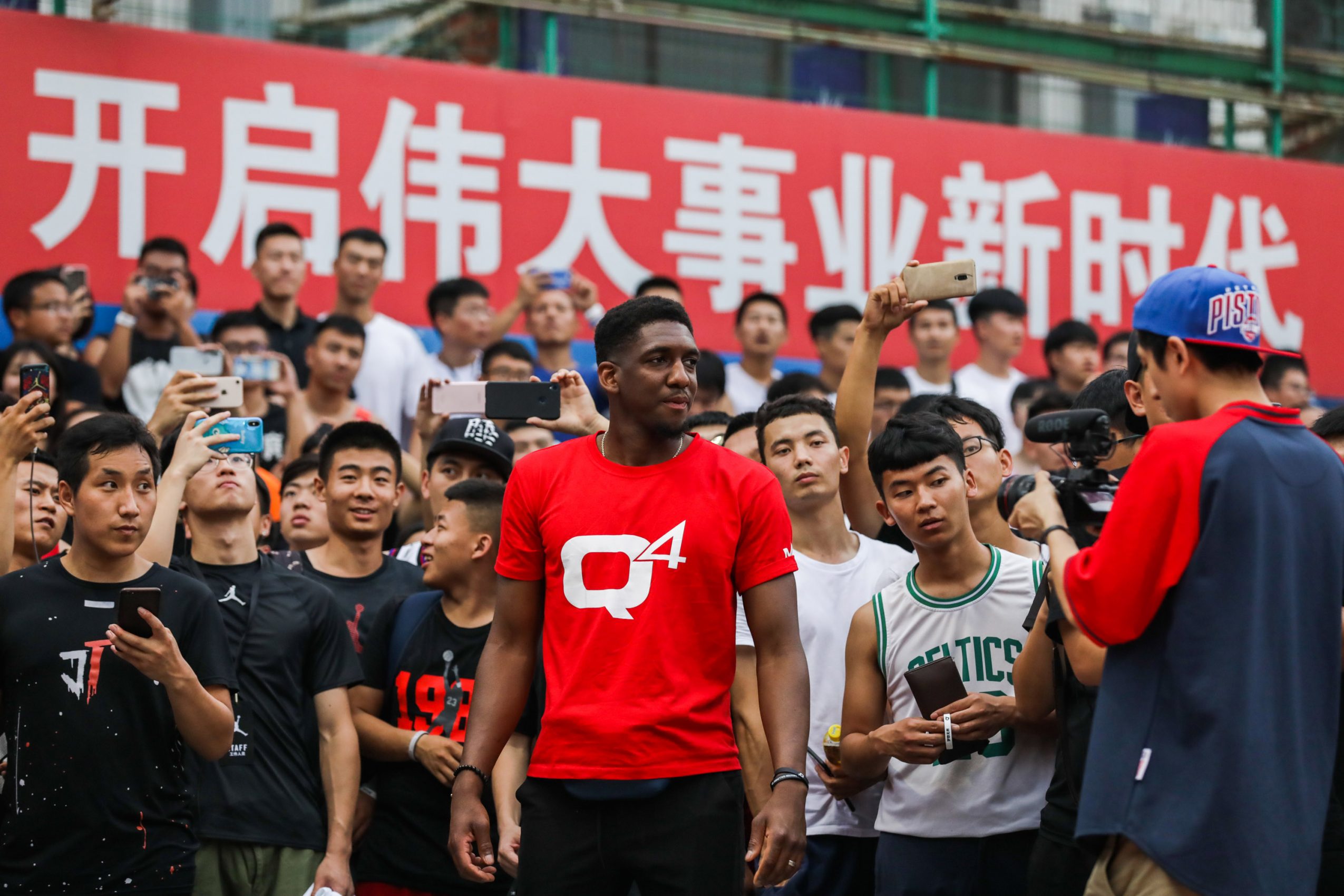 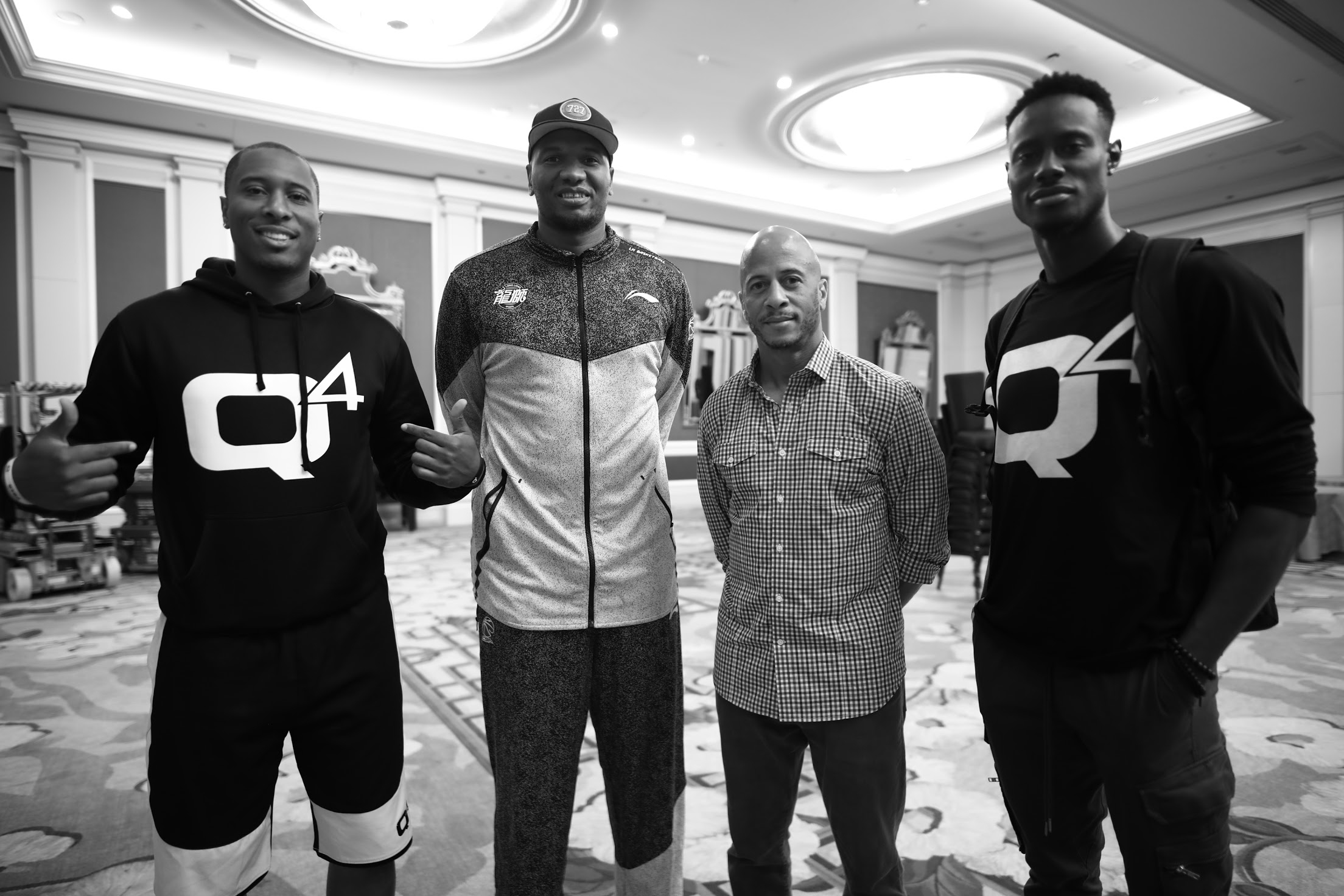 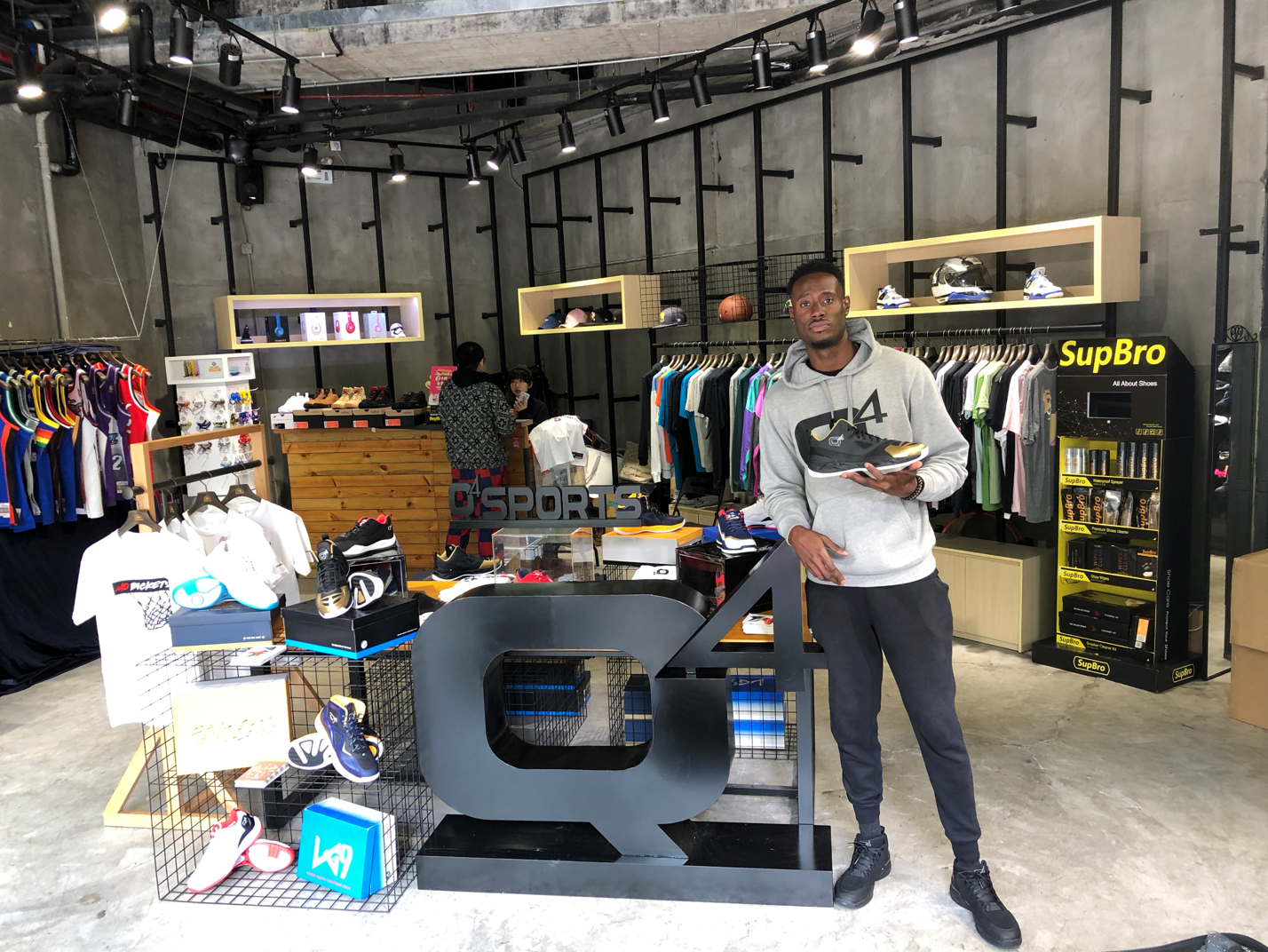 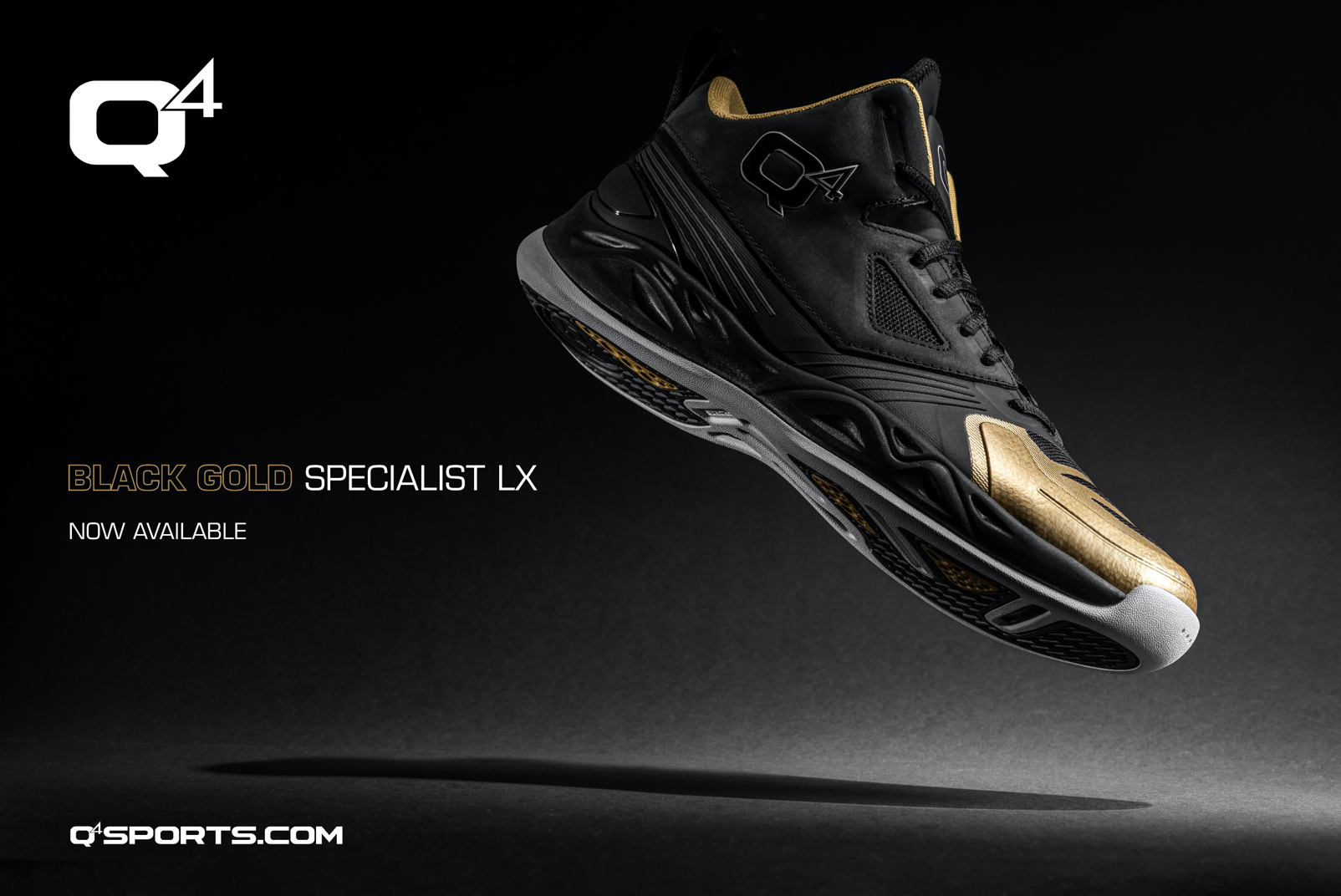 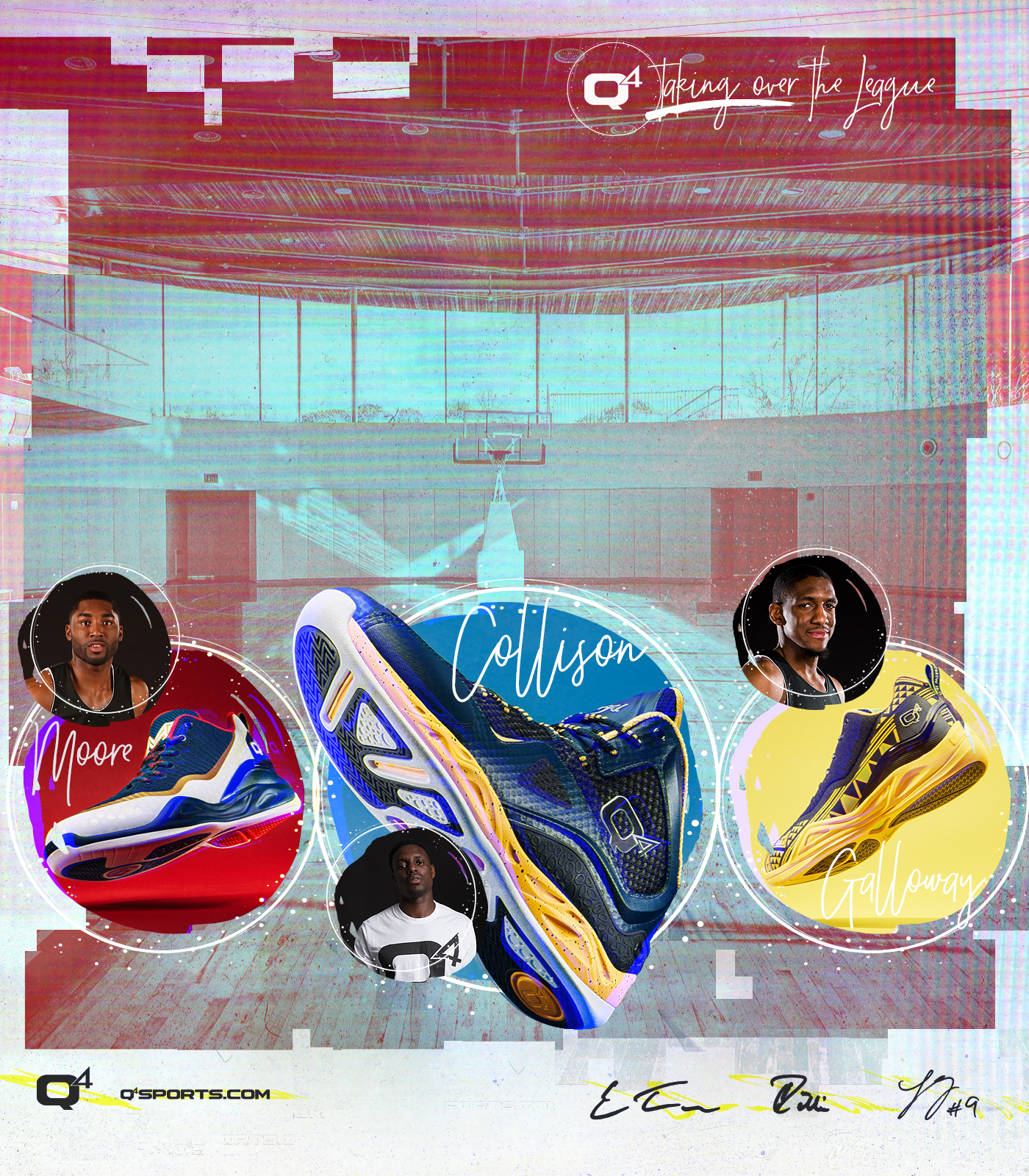 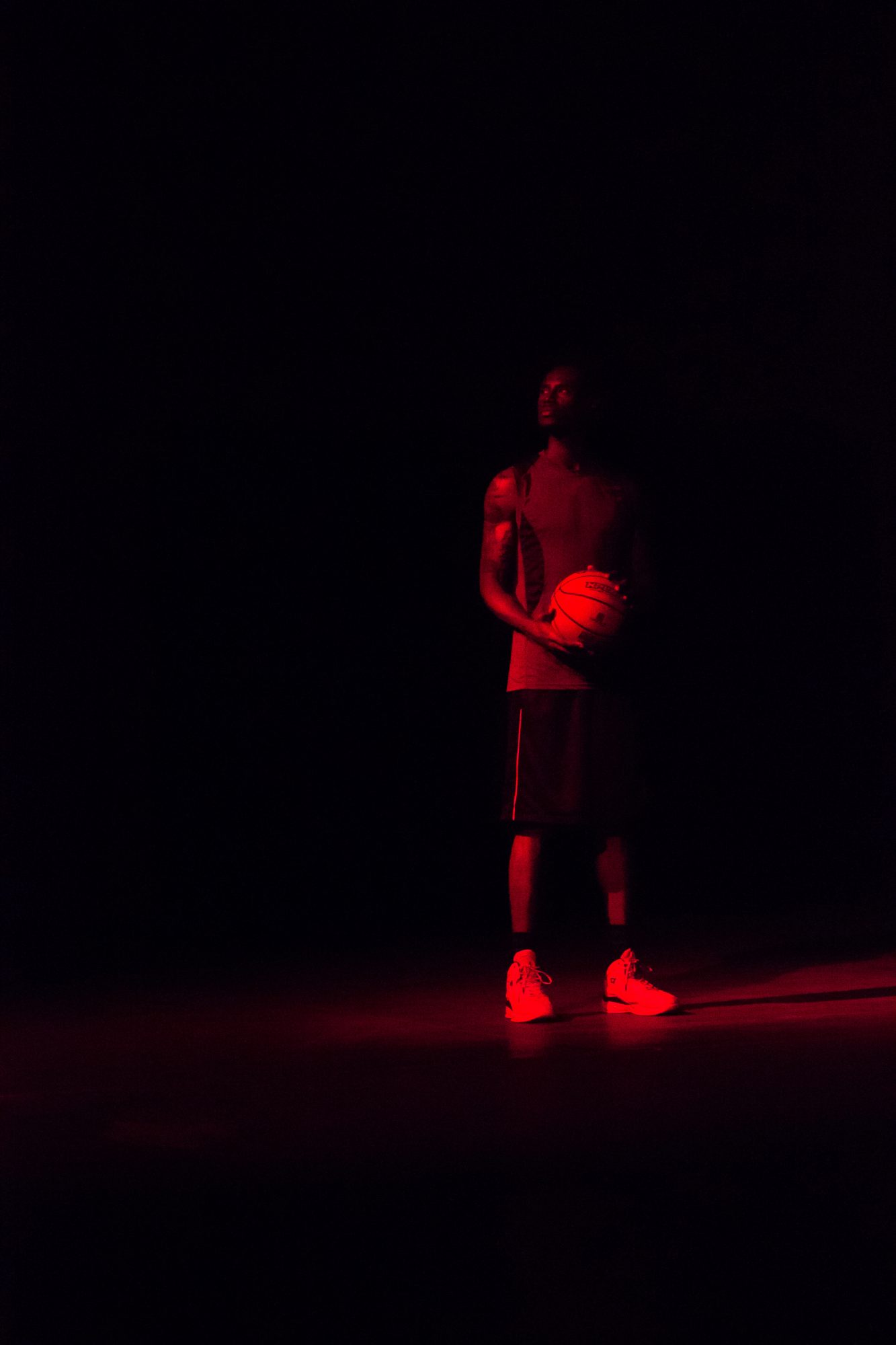 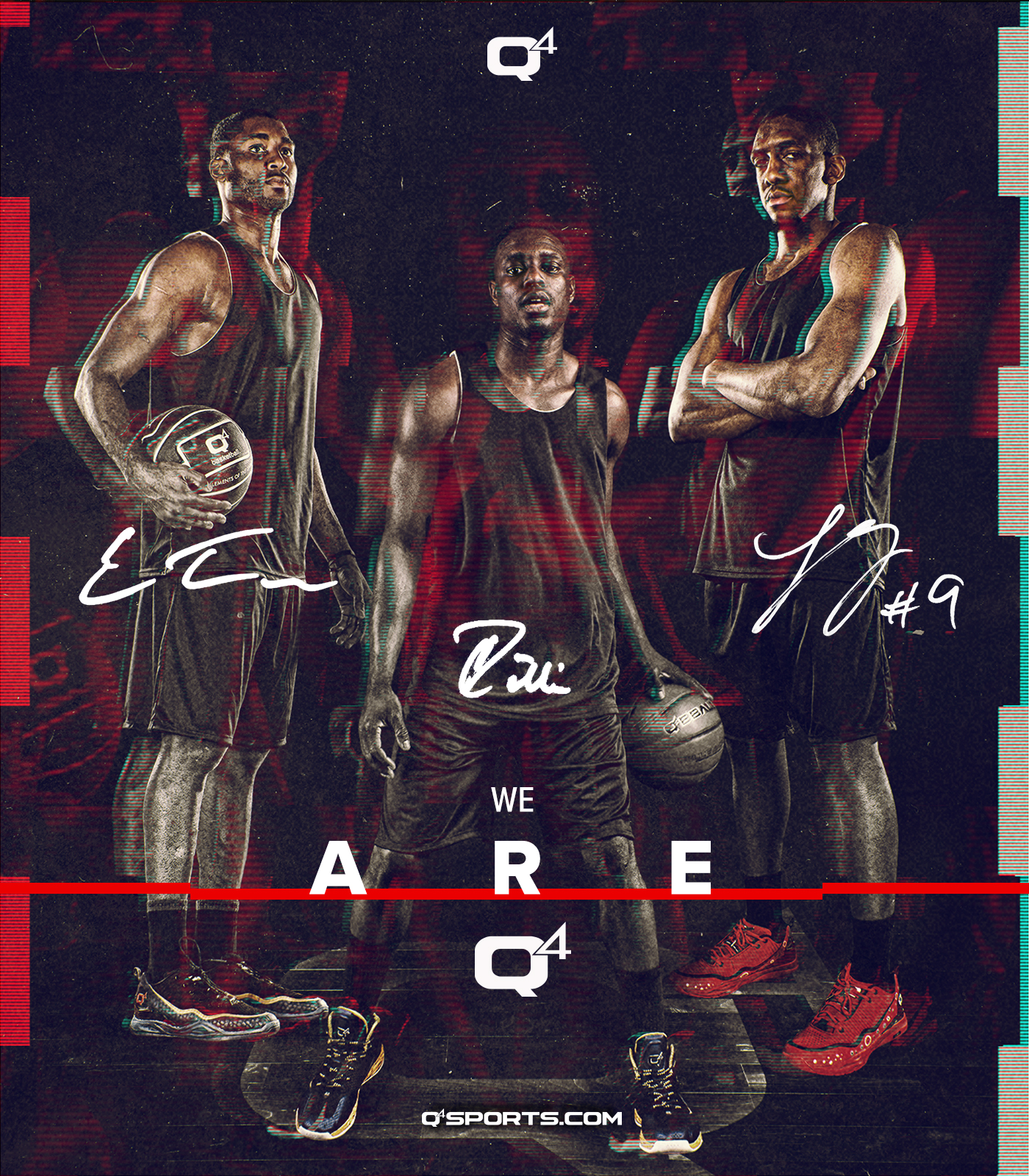