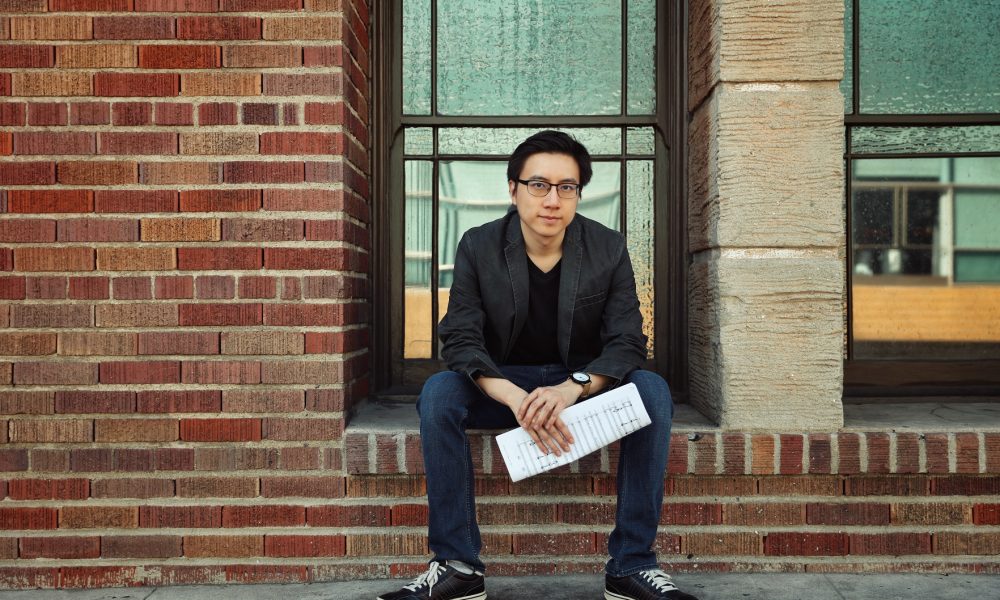 Today we’d like to introduce you to Peter Lam.

Every artist has a unique story. Can you briefly walk us through yours?
Born and raised in Hong Kong, I started learning the violin and piano at a young age. I am (to this day) a pretty mediocre instrumentalist as I am always too lazy to practice. But what fascinated me was the imagination, drama, and stories that music and the arts could present in front of and evoke from within us. The collection of Western films at home accompanied my early years and I could remember how one of my major childhood dreams was to become a cowboy. While that hasn’t quite work out (yet), it was the sweeping, dramatic music that caught my attention.

This appreciation developed into something more when I was involved in a school production, performing as a violinist in a musical. I not only experienced the thrill of music and drama from the audience’s point of view but experienced it as part of the production team. It was from then on that I wanted to compose and make music that captures my (and others’) imagination.

This led me to relocate to England for high school and university for a better musical education. I considered myself as a true student-composer during my years in the UK. I wasn’t really concerned about whether I would compose for film or not, but instead, I just focused on music – trying to learn and absorb as much as I can to enrich my composition skills and musical vocabulary. I felt lucky to have spent some of my best years as a student in London. With its vibrant art scene, I was constantly surrounded by great concerts, exhibitions, and performances. The cosmopolitan nature of the city also had a great impact on me, which challenged and enabled me to always be open-minded creatively, and continue to try to learn and absorb new things into my own music-making process.

Another turning point in my life was when I was about to graduate – I was accepted into USC’s film scoring program. It felt like “homecoming” in the sense that after all these years of musical adventure and training, I am now practicing what first inspired me to do what I do – to write for the pictures! Exactly a month after I received my undergraduate degree, I packed up and moved to LA. It was a great year at USC, where I got to enrich my dramatic sensibilities on top of my musical foundation and to collaborate with upcoming filmmakers, many of whom I still work with to this day. This is my third year out of school in LA, and I feel truly lucky to be making music almost on a daily basis.

I’m still in my mid-twenties, but looking back at my journey thus far – it is music that brought me to settle in amazing cities around the world and meets wonderful people along the way. I certainly hope there are more exciting adventures in the years to come!

Please tell us about your art.
Although I’m currently devoting most of my time to composing and arranging music for film and television, I enjoy working across various mediums and collaborating with artists and storytellers across different disciplines. I have composed music for a wide range of medium, from mobile ringtones to experimental theater, from superhero television series to experimental films. Regardless of the nature of the project or the medium the music would be consumed in, I always strive to immerse myself into the concept or story behind the work – and that is where inspiration comes from. From that, it is about creating unique musical worlds that could carry and nourish these concepts and stories. As actors would fully embrace their characters, I think it is just as important for me as a composer to be fully immersed into the imaginary space that I am trying to create and make sense of, musically. I always enjoy the challenge of creating music on a blank page, and to hear musical ideas growing organically out of it. It is the diversity of the projects and the non-repetitive nature of the process that keeps my creative spark going.

As a music-lover, I always find it fascinating how music transcends emotions and spaces. Hence, as a music creator, I aim to write music that would not only invite listeners into the musical worlds that I have created but to create a space for listeners to expand their imaginations and create their own narratives out of my work.

One of the greatest joy of being a composer for the applied arts is the opportunity to collaborate with artists outside of my discipline. Over the years, I have worked with filmmakers, artists, and musicians from different parts of the world, from Ethiopia to Peru, from Canada to Macedonia. Growing up and having lived in some of the most culturally diverse cities, I am always interested in cross-cultural collaborations. Despite each other’s differences in artistic backgrounds and sensibilities, I am a firm believer in the universality of music and its power to transcend boundaries and spaces, and I hope these qualities could be reflected in my music too.

I had the pleasure of composing music to Australian artist Kathy Smith’s award-winning experimental film “Slippages | Grace” recently. It is an immersive work of animation, music, and sound exploring human’s consciousness near death. This work was inspired by Kathy’s parents back in Australia, yet the theme is pretty much universal. We collaborated with Grammy-winning percussionist M.B. Gordy, and I had the chance to arrange his improvisations as part of the score. It was a fascinating creative experience, as the three of us practice in distinctive disciplines, and have our own artistic sensibilities, yet we all shaped the film’s unique character and created a holistic emotional space that is greater than our individual input. At the moment I am working on an experimental music project with Arab-American Violinist Abby Abdel-Khalek, and I hope to continue to explore and create music that is cross-cultural, and that which transcends genres.

Given everything that is going on in the world today, do you think the role of artists has changed? How do local, national, or international events and issues affect your art?
Different times come with its own challenges and issues, nevertheless, I don’t think the role of artists has changed. I see art as a (conscious and/or subconscious) reaction to reality – one that presents new perspectives challenges conventions and creates spaces for imagination. In that respect, real-world events and issues could often act as a springboard for inspirations and discoveries for both its creators and consumers.

Behind the audio-visual thrill of the cinema, there’s always a story at the core of every film. One of the great pleasures of composing for such medium is to immerse myself into these fascinating themes or subject matters which are often based on or inspired by true events. When composing for film, I strive to create unique musical-worlds for these stories. Moreover, as a firm believer in the universality and the equalizing power of musical-storytelling, I always aim to write music that not only echoes the subtexts of personal and localized stories but to amplify them in such a way that the film’s message could transcend boundaries and resonate among audiences to a greater extent.

For example, I recently composed for an upcoming feature-length documentary on California’s drought problems. While the subject and issues examined are on a relatively local scale, I felt the environmental themes explored are universally relevant. Through this process, I hope my score was able to elevate the emotional subtexts of the film so that foreign audiences could also be inspired by the film and reflect on their own situations and communities in face of climate change.

Another project that I felt deeply engaged with was scoring the short film “Where Dreams Rest”. As a foreigner who came to this town to chase my own dreams, I was very moved by the film’s story of an immigrant and her struggles to live out the “American Dream”. It was undeniably a very personal scoring experience, but more importantly, I hoped the music has evoked an extra emotional layer to the poetics of dreams and realities to the cinematic experience.

How or where can people see your work? How can people support your work?
Highlights and updates of my works can be found on my website (www.peterlammusic.com). Most of my film scores are screened at major film festivals, both locally and internationally. Apart from composing for film, I am currently working on an album of my own music set to be released next year…so stay tuned!

In addition to my own work, I have also contributed additional music and arrangements to TV series such as Doom Patrol (DC Universe), Titans (DC Universe), and Jane the Virgin (the CW). Tracks of mine has also been licensed for content by NatGeo TV, Netflix, BRAVO, Lifetime, and Hallmark Channel. 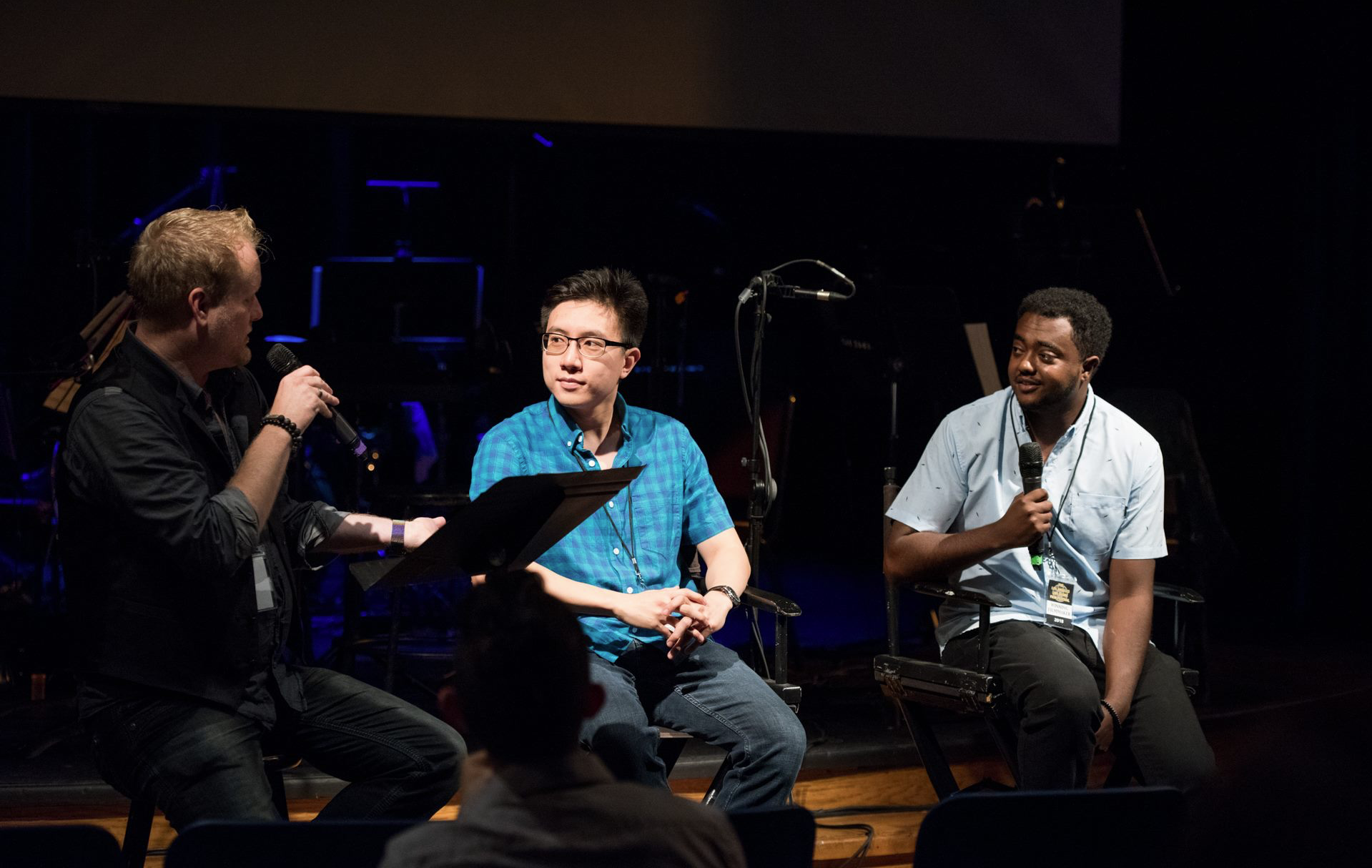 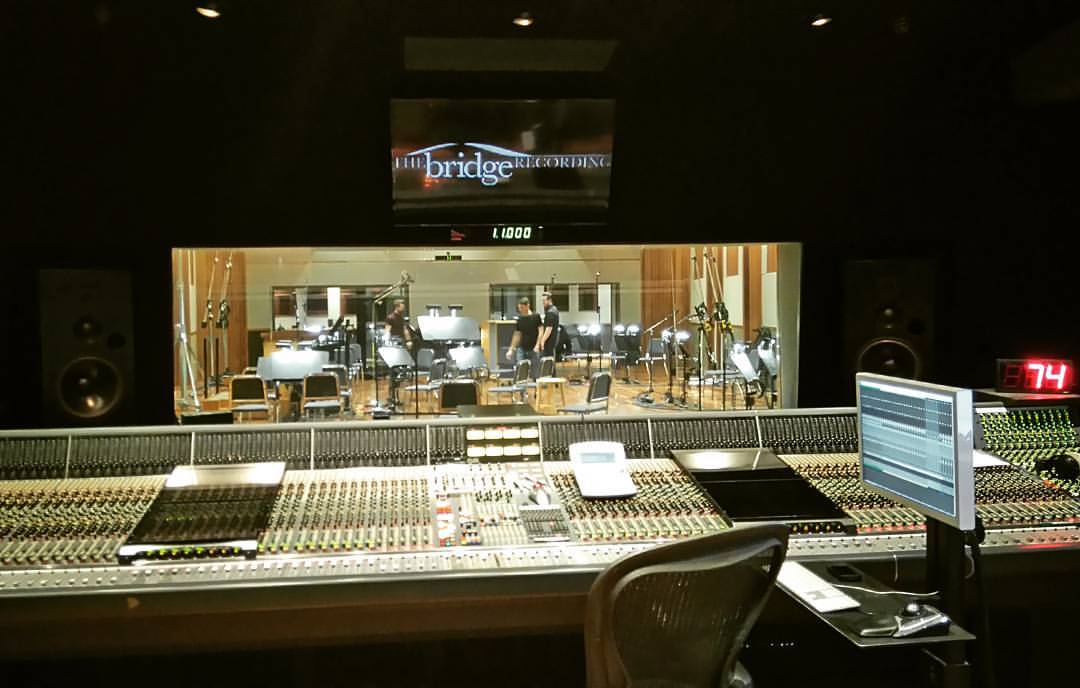 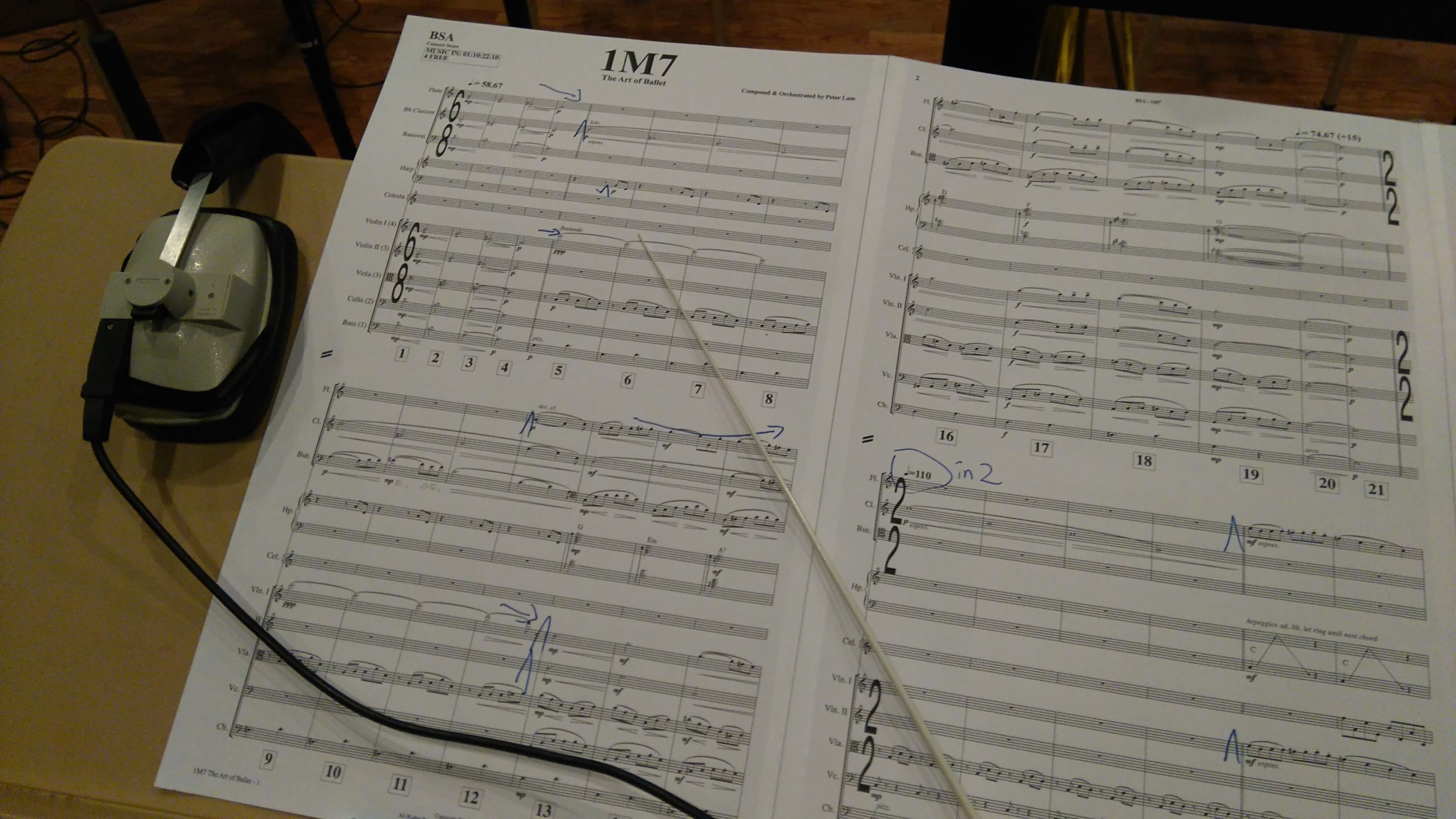 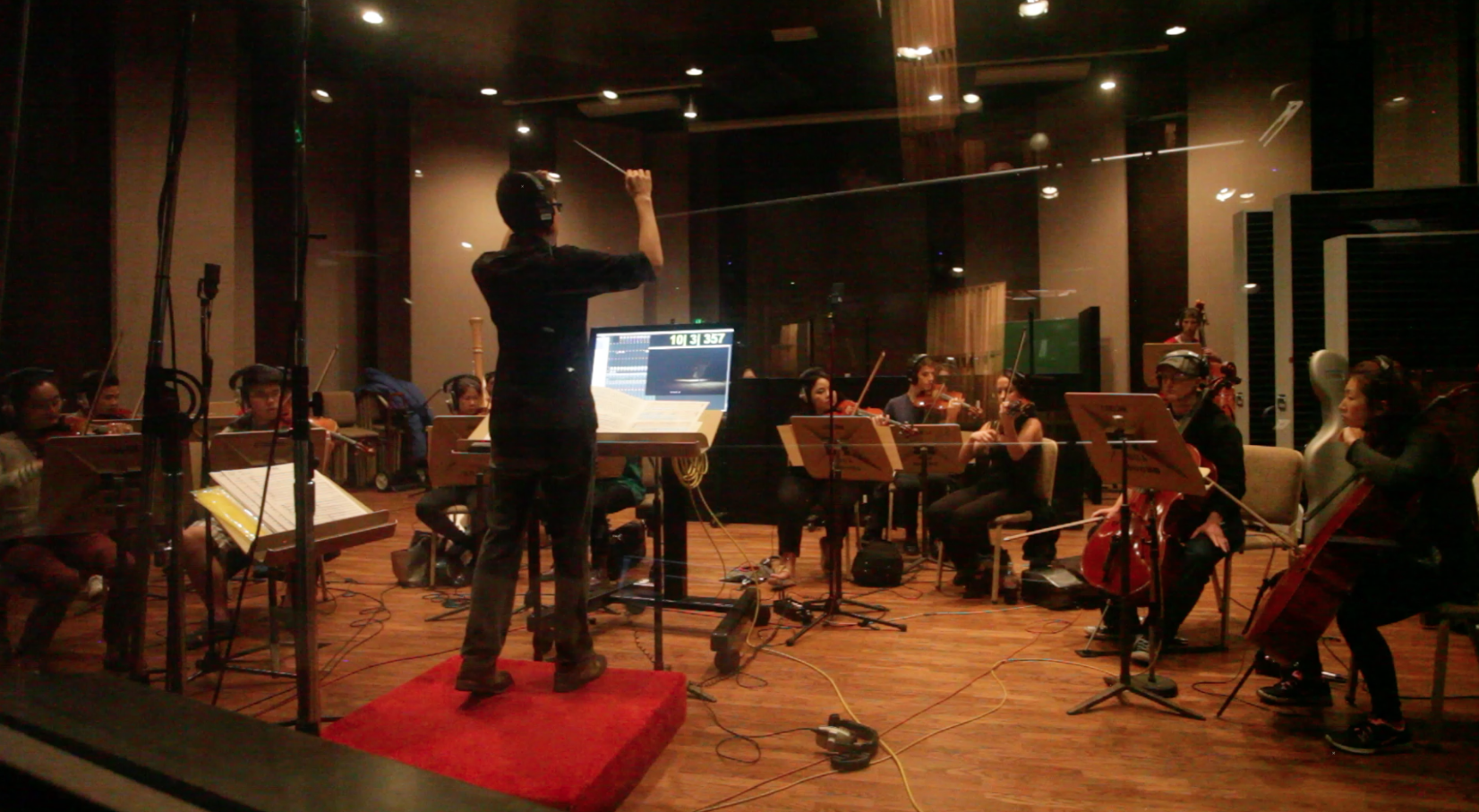 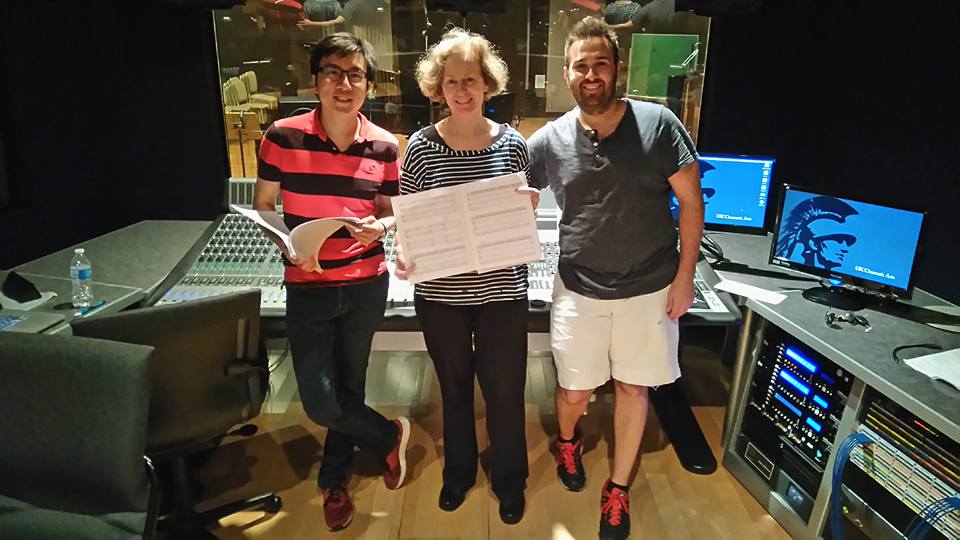 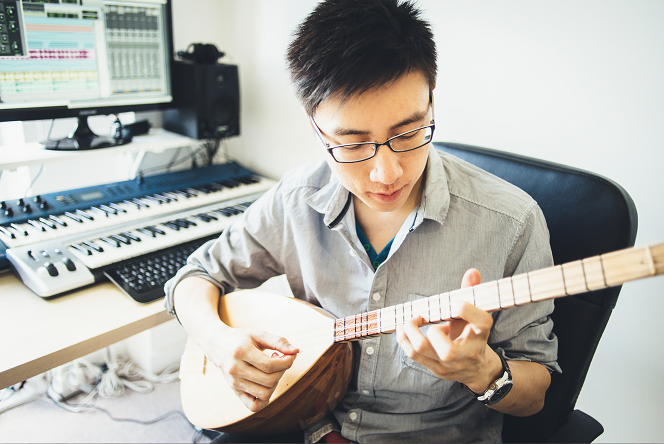