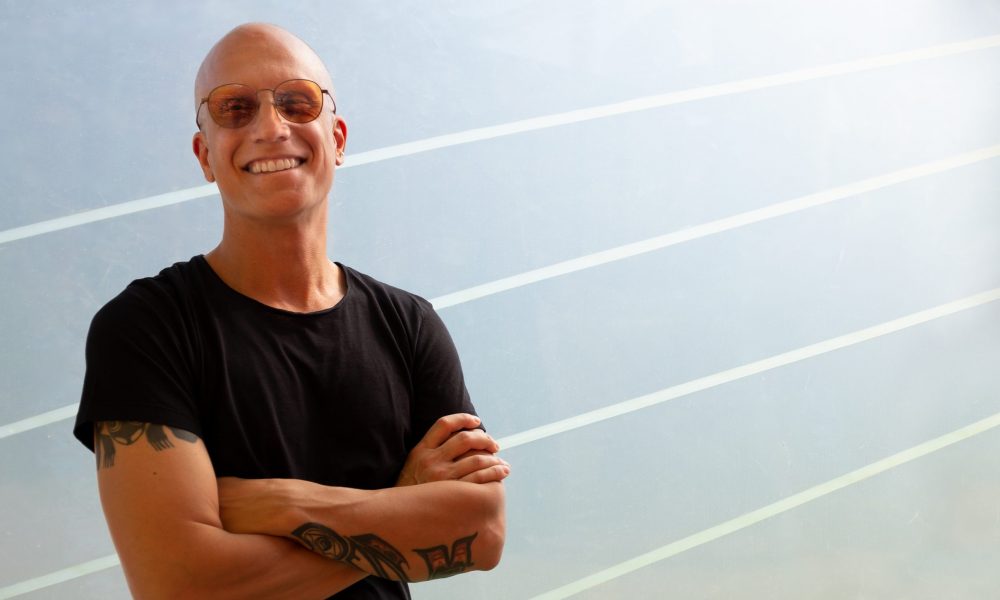 Today we’d like to introduce you to Omer Avarkan.

Thanks for sharing your story with us Omer. So, let’s start at the beginning and we can move on from there.
It’s been a colorful and challenging journey so far. I was born in Geneva, Switzerland to a Brazilian mom and a Turkish dad. It was a culturally diverse environment in the house to start with. We traveled quite a bit moving through Brazil, Italy, Switzerland and eventually settling in Istanbul, Turkey when I was about five years old. Having an early exposure to a wide variety of cultural influences, including arts, music, languages and belief systems helped me build a good foundation on becoming a designer.

Early on, I was hard wired to look and analyze my surroundings from different perspectives. I was fascinated with deconstructing forms, ideas, words, dogmas, concepts and seeing them under different contexts. Creating such mental puzzles were magical. The urge to communicate and express these connections slowly became more apparent as I got older.

The desire to become a designer was quite clear by the time I finished high school. However there were three notable moments that really injected the idea in my head.

• Cover of Colors Magazine Issue #1 July 1991 http://www.colorsmagazine.com/magazine/1. I was immediately struck by the newborn image on the cover and how the typography imitated the crying of a baby. That image somehow stuck with me to this day. It was a bold statement at the time. The magazine’s design attitude and layouts were and are still timeless. The issues they cover are daring and diverse. Colors is still one of my all-time favorite magazines today.
• Windsurfing. I got super interested in it while I was a teenager, spending summers in the Mediterranean. It was and still is liberating to be gliding fast on the water with wind power. The use of design, typography, color and negative space on the windsurfing equipment, specifically the boards and sails always impressed me over the years. I think my initial interest in graphic design and typography were fed by them immensely.
• Movie Seven title sequence. https://www.artofthetitle.com/title/se7en/. It was a great film by David Fincher and beyond the film, I was impressed by the opening titles created by Imaginary Forces. The storytelling, design, typography, photography, sound design and editing came beautifully together and created a timeless motion design piece. This was probably the first time I realized how design can be more effective and emotional on a time-based medium.
Over the years my interest and passion for design hasn’t faded, it’s constantly growing. It is a big part of who I’m today.
Has it been a smooth road?
The biggest struggle was adapting to a new country, a new language and a new culture. I came to the USA initially to get my degree in Communication Arts and Design at VCU Arts in Richmond, VA. After graduation, I wanted to come out to LA since I came out here for a design internship prior. I loved the city and the diversity of people. Most of all, Los Angeles was becoming a pinnacle place for the motion design industry. There were some great studios here. Naturally, I wanted to build a career as a designer here. However, I needed to be sponsored by a studio in order to stay and be able to work. It was not an easy path, I worked hard to show my skills and my willingness to grow as designer. The Ant Farm, a design and motion picture advertising studio worked with me for six months. After the temporary position ended, they sponsored me for a green card. I stayed with them for six years. While there, I worked as an art director on big films such as Lord Of The Rings, Harry Potter, Bourne Identity and Mission Impossible, just to name a few. After my time with The Ant Farm, I continued my career as a freelance design director. There were some struggles there as I was building a network of studios and creatives that I wanted to collaborate with.

My constant passion for visual arts and design, as well as a good work ethic served me well. Over the years my connections, friends, colleagues and mentors grew in numbers and eventually got me where I’m today. I’ve always dreamed of being able to work on exciting projects and collaborate with talented artists as an independent designer. It has taken hard work and patience to get here. The journey still continues though. I’m still learning and growing as a designer. When you love what you do, it truly becomes your lifestyle rather than your career, and the struggles become your lessons on getting better at it.

We’d love to hear more about your work and what you are currently focused on. What else should we know?
I’m an independent designer, director specializing in design strategy, concept integration, motion design, visual design, motion branding and channel branding. I design and art direct on a diverse range of projects in broadcast, film and various digital platforms. I mainly collaborate with design and animation studios. My most current projects focus on sports brands, sports channels, movie titles, tv show titles and promos, as well as tech and digital products.

I’m favored by my clients since I have an extensive understanding of design, design systems and typography principles, as well as 3D, animation, motion design, editing and rendering. I can lead projects from pitch phase through production. Most importantly over the years, I learned to adapt to project needs and different pipelines. I believe what sets me apart most is my willingness to keep learning new ways, experimenting and breaking through conventional approaches.

Let’s touch on your thoughts about our city – what do you like the most and least?
Diversity of the residents, growing art and design scenes, ever expanding food culture, the festivals, the concerts, the hiking trails, the dog people, the weather and the beaches are among my favorites in LA.

Unfortunately, the increasing rate of homelessness and traffic would be my least likes about the city. Hopefully, we’ll be able to tackle those issues sooner than later. 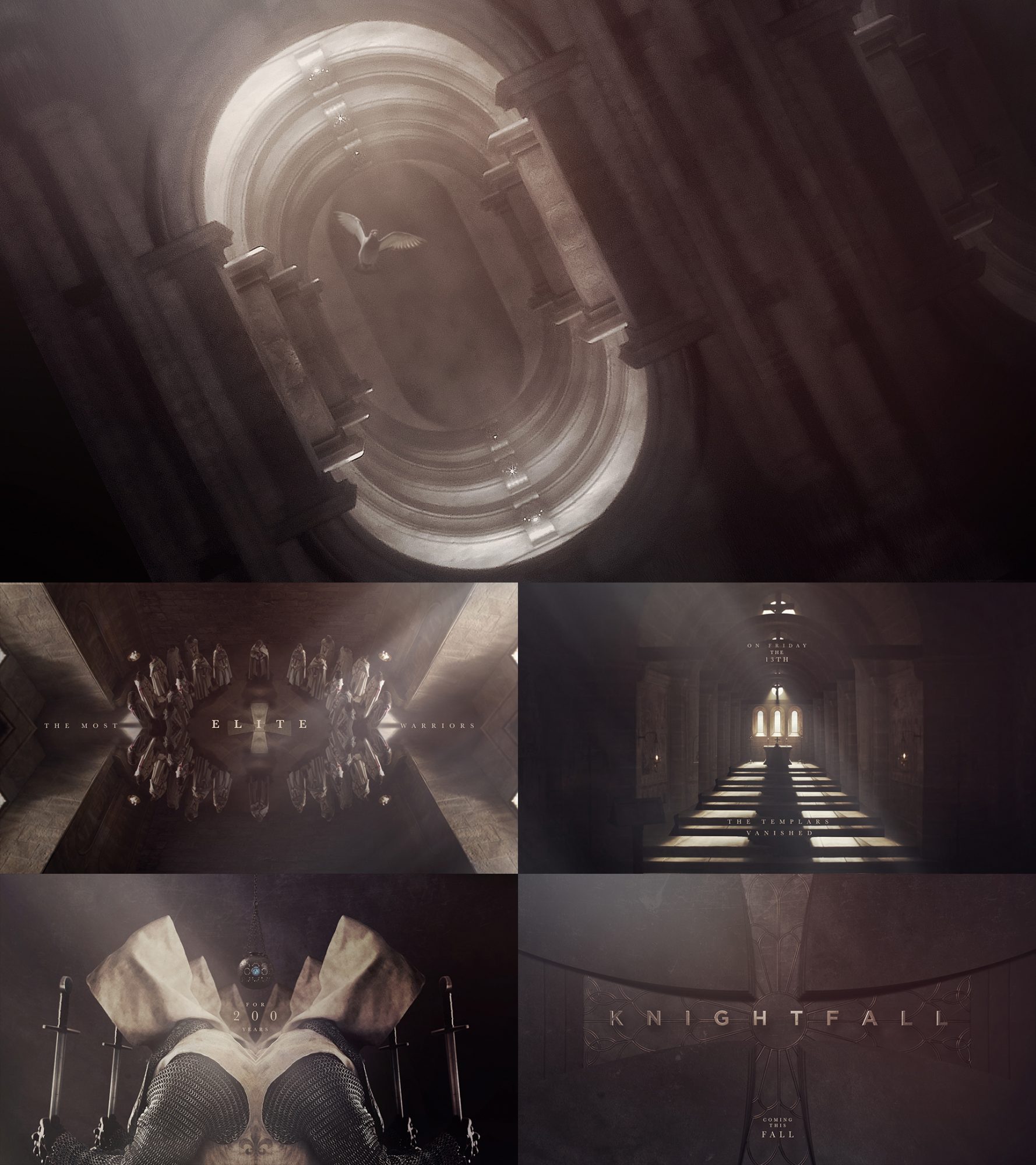 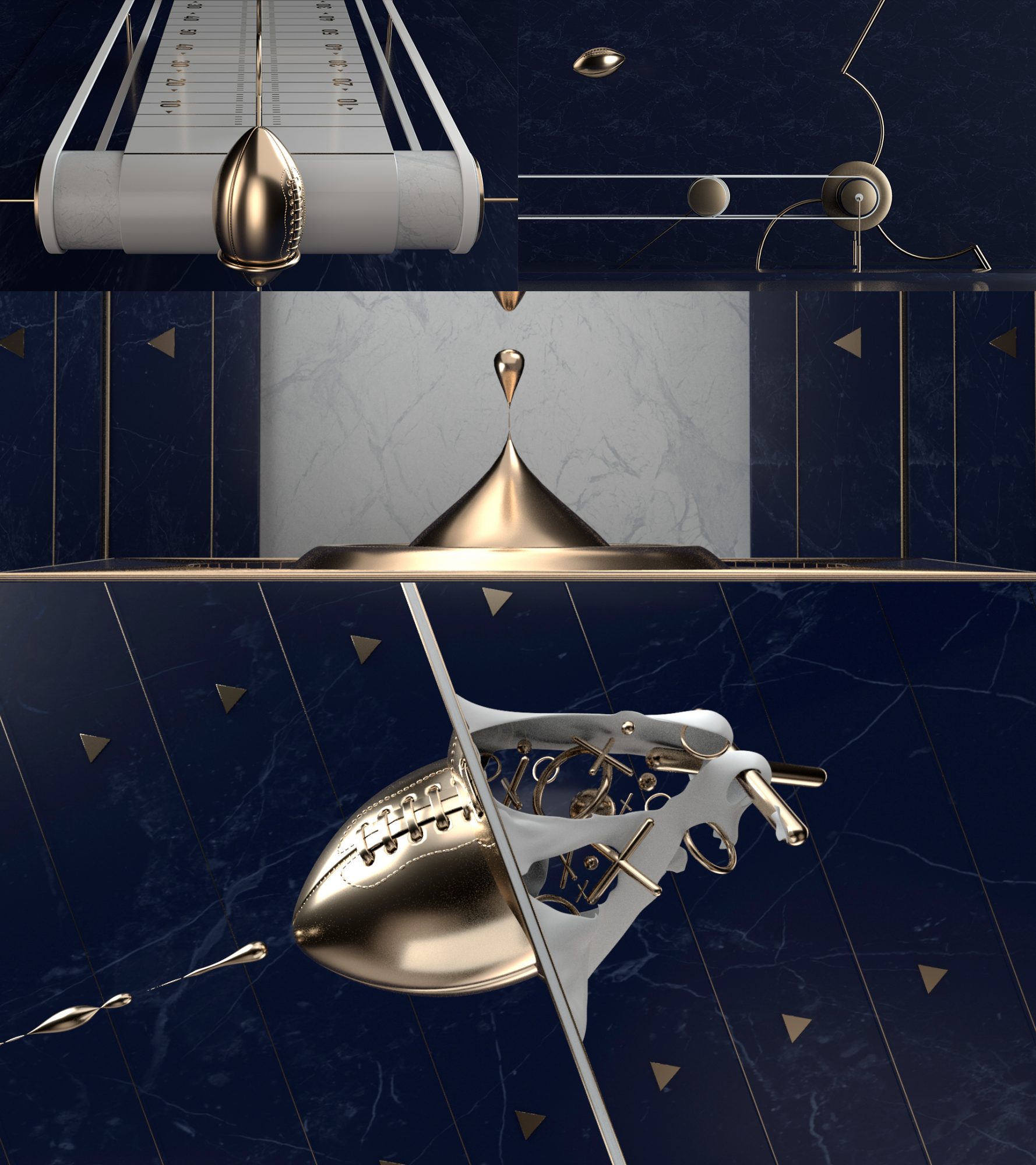 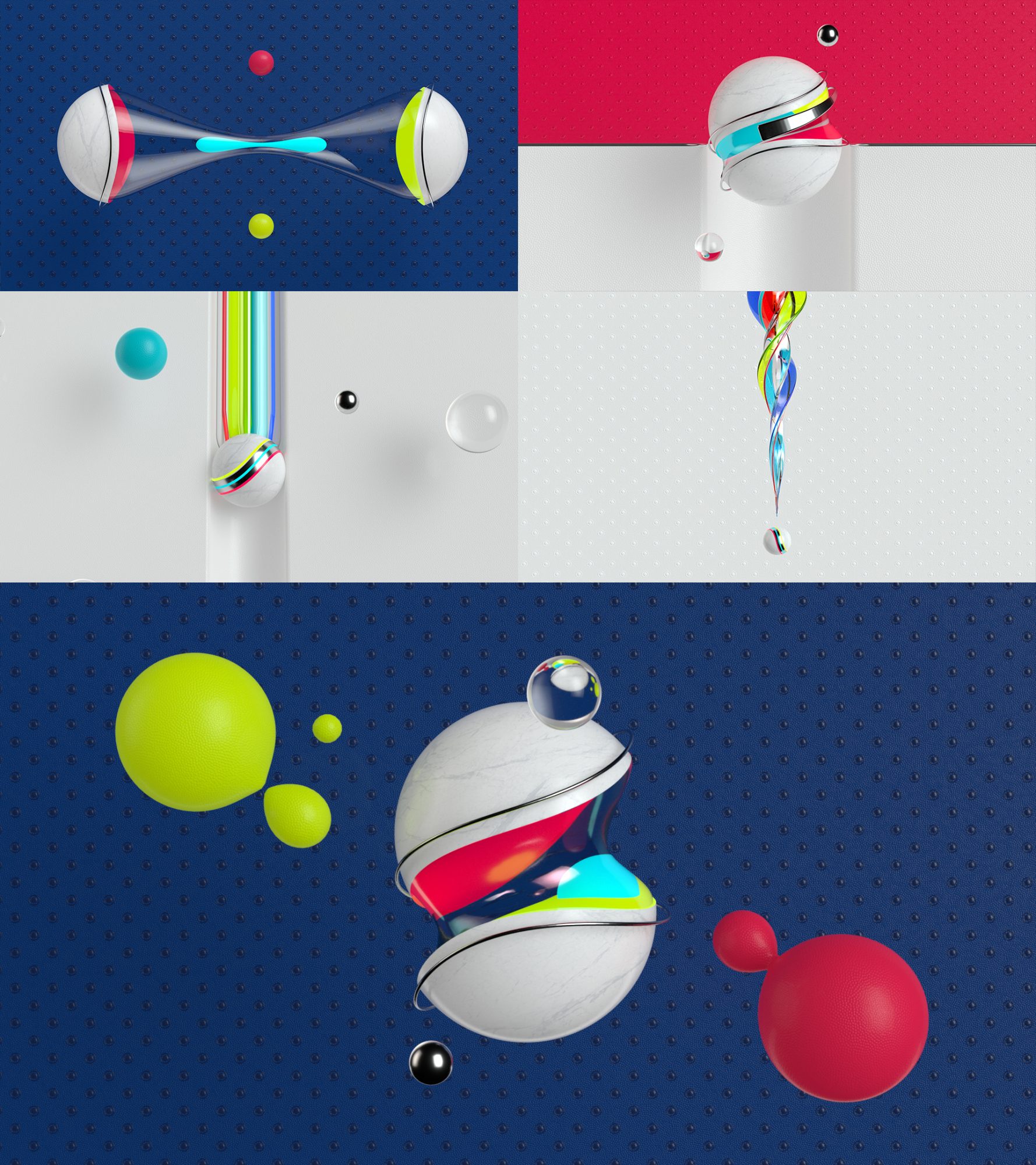 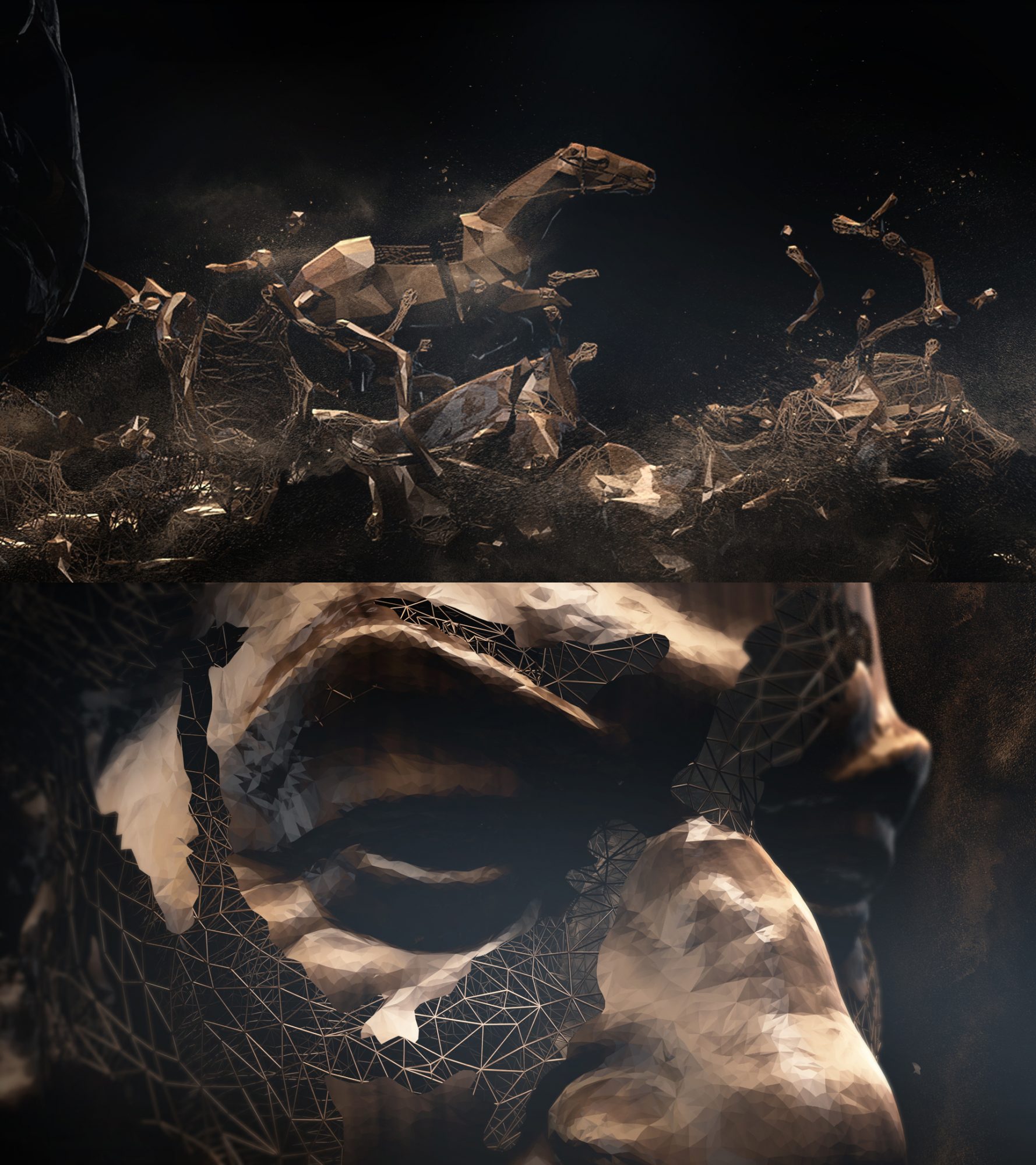 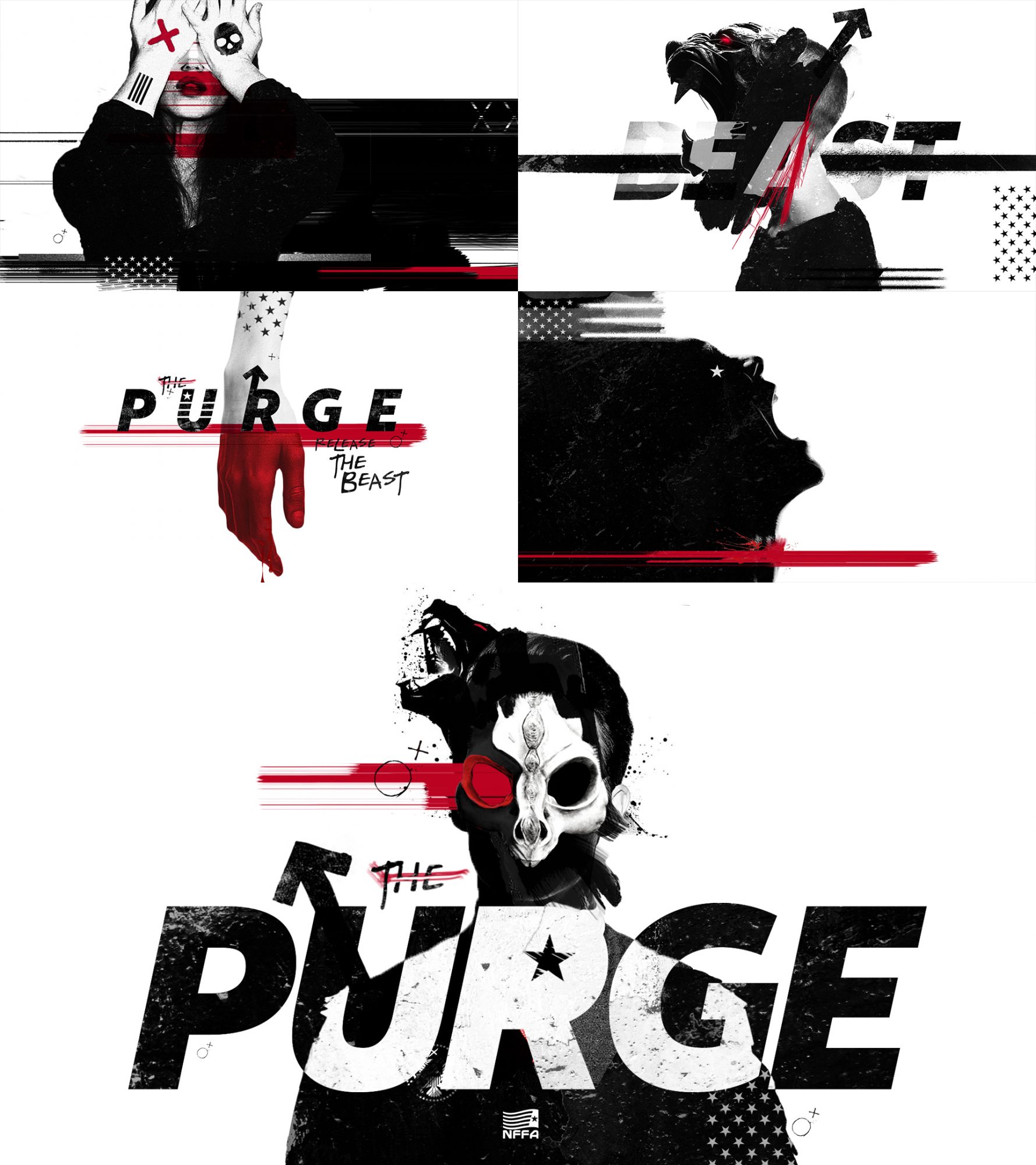 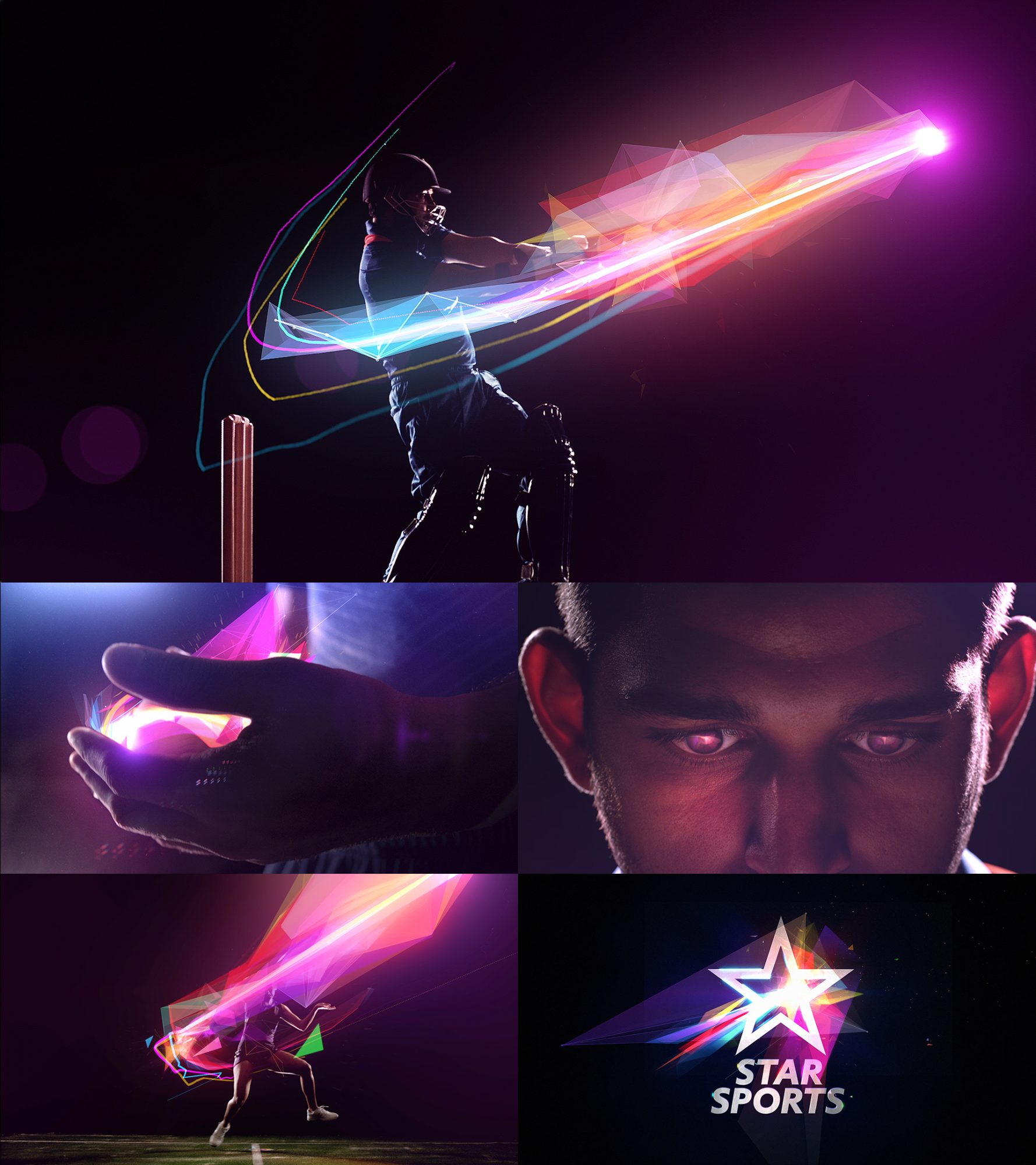 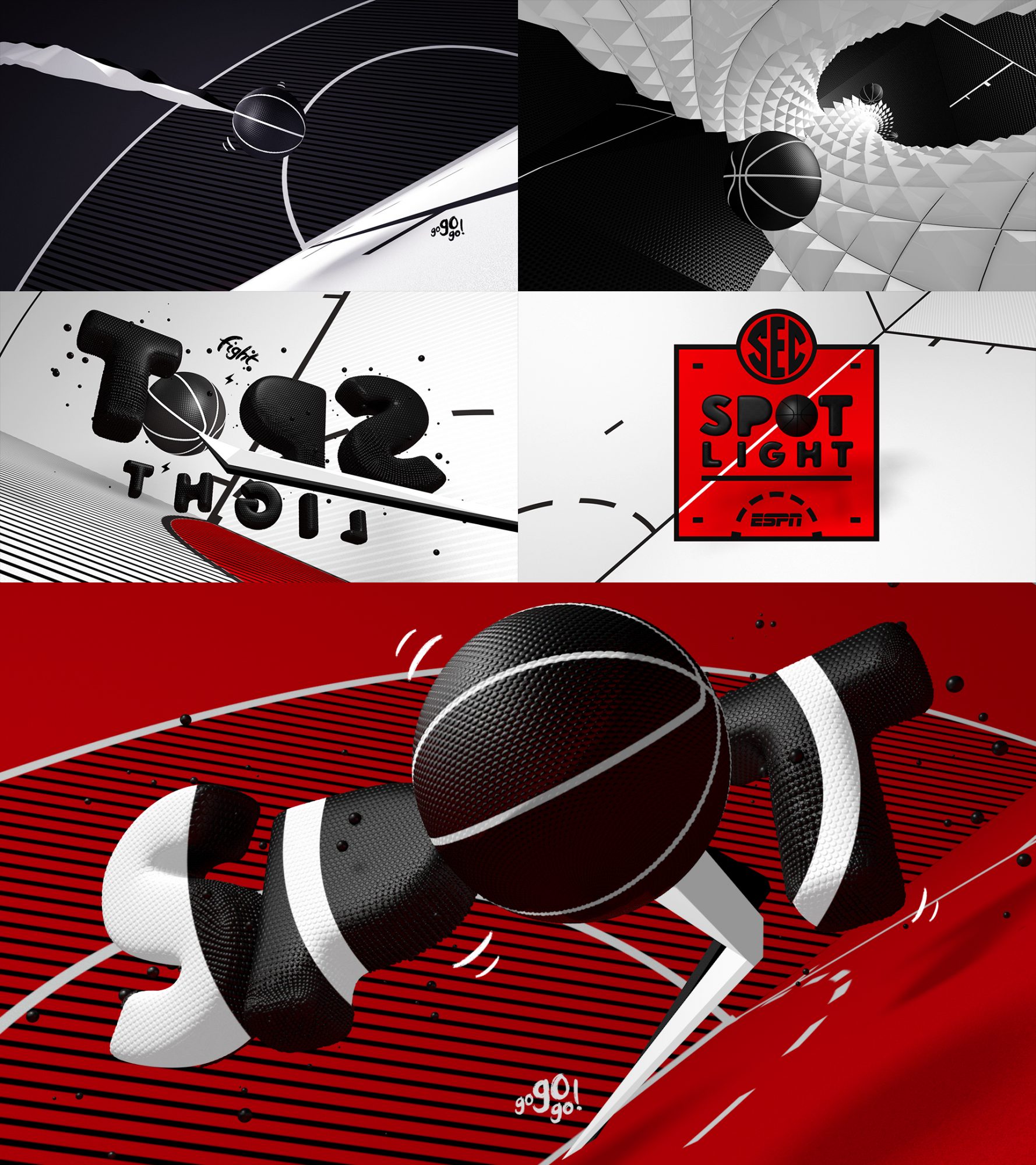 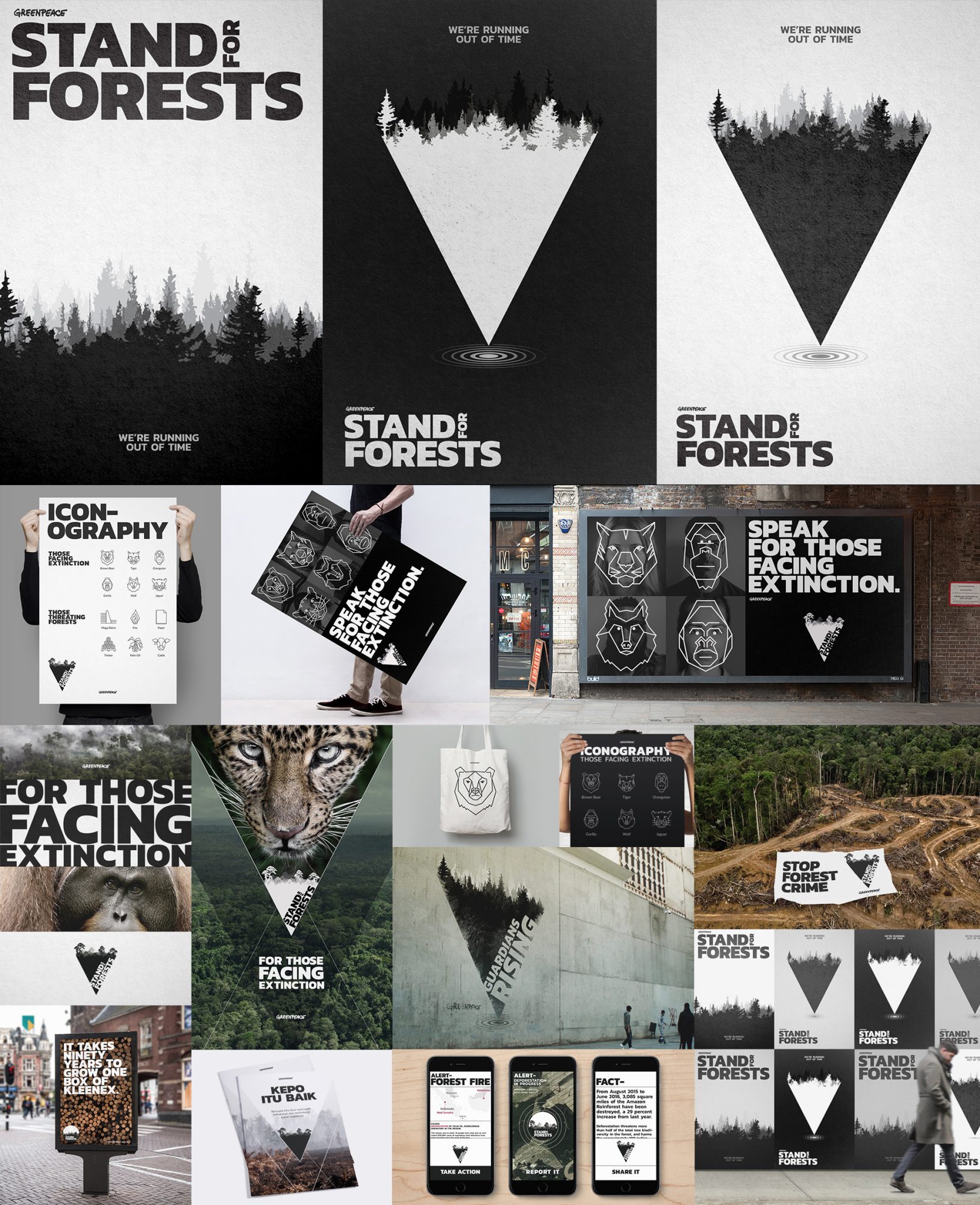 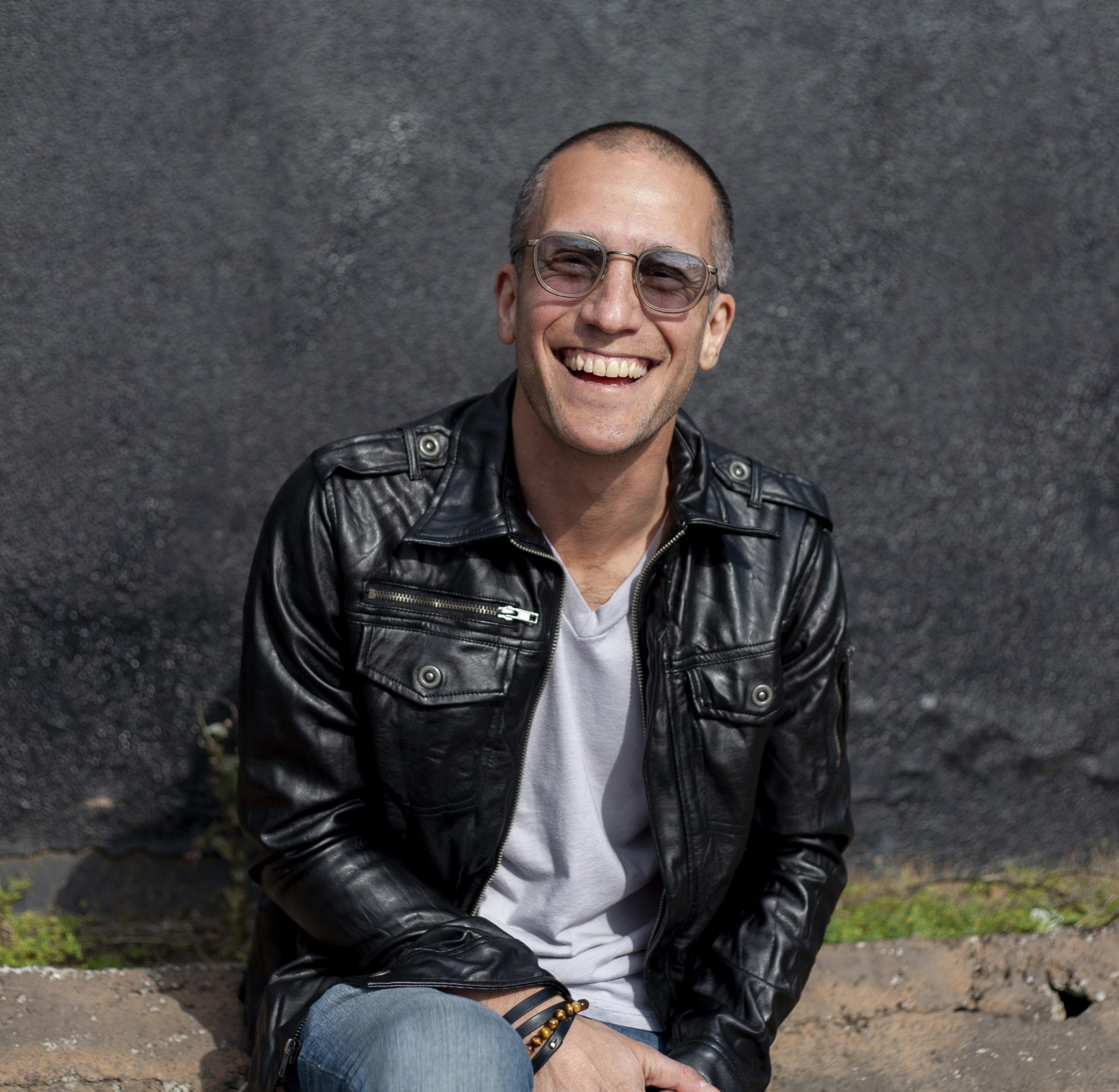 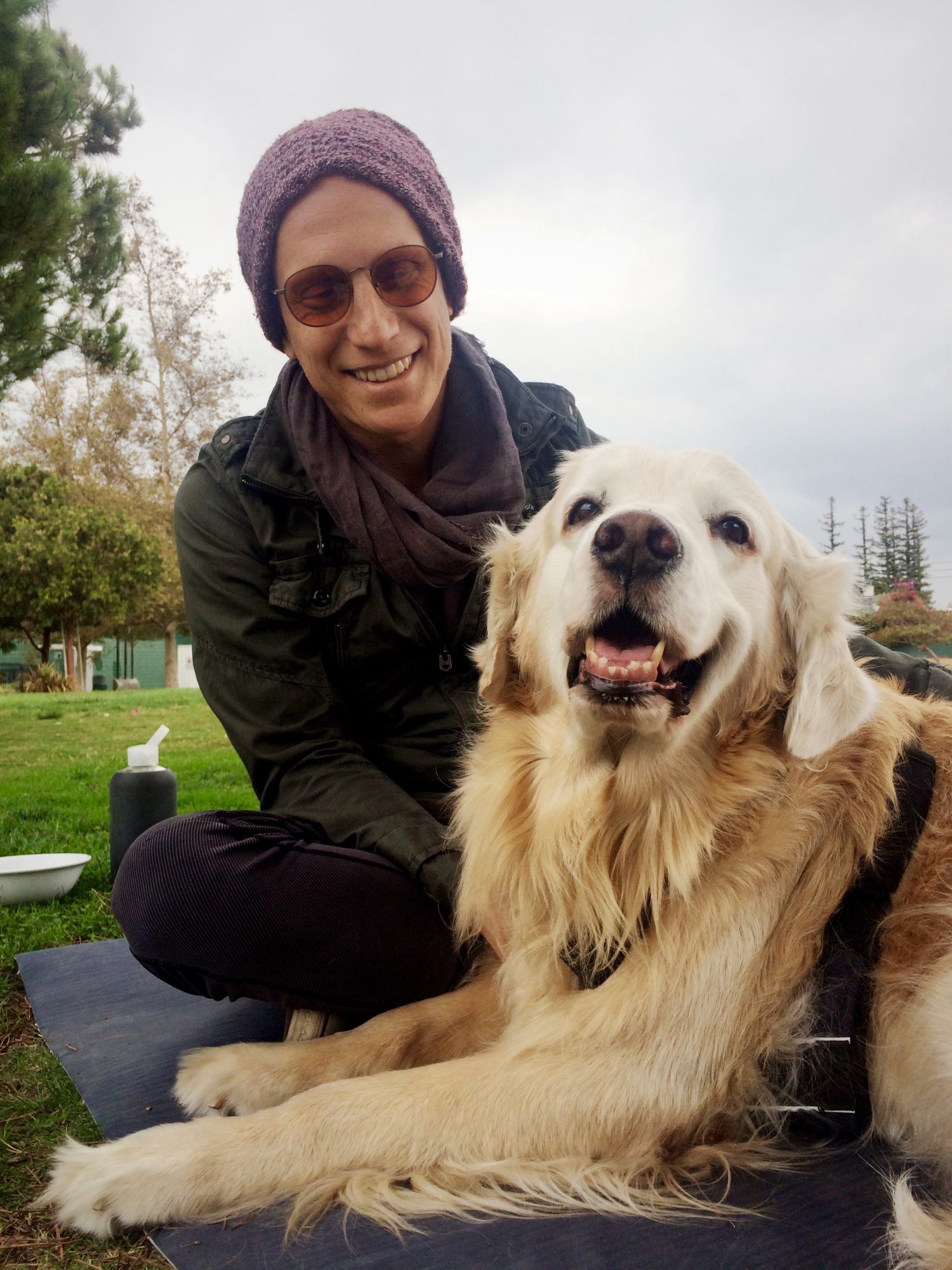 Image Credit:
All design works and images within the slides are created and rendered by Omer Avarkan. Portrait photography by Rebecca Truszkowski.