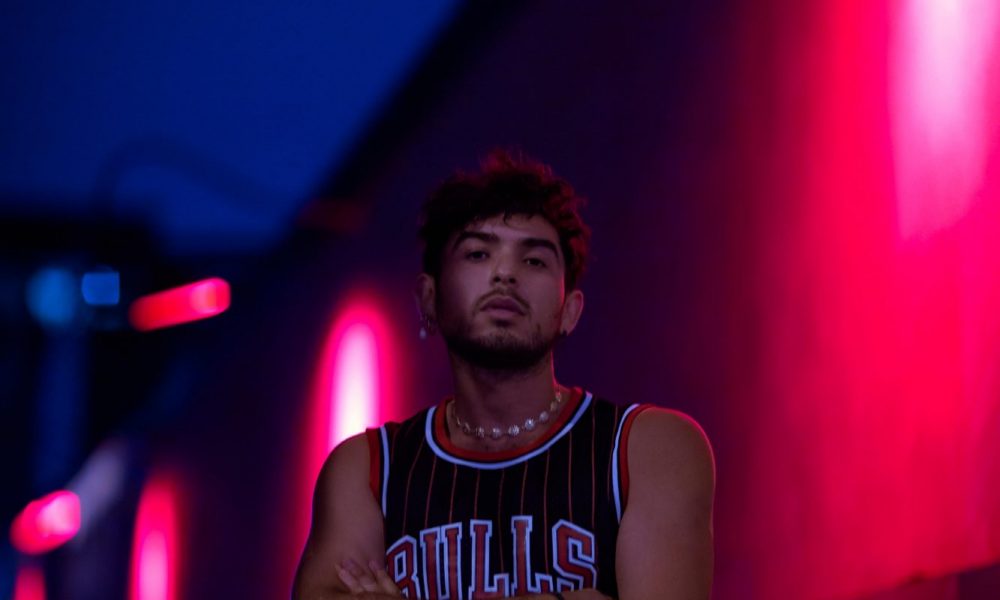 Today we’d like to introduce you to Nicolas Varela.

So, before we jump into specific questions, why don’t you give us some details about you and your story.
How I got to where I am today? Wow. I started my career as storyteller in Chile as a stage actor. Acting really opened my perspective as human being and brought to my attention the power of storytelling. Chilean theater is a political hotspot and this translated into a really strong social sense in my art. Power, abuse, sexual diversity and the B side of crime are the themes I’m driven to explore in my career. From theater I jumped into filmmaking; I brought my stage experience into the world of moving images and that became my personal signature.

As soon as I decided to pursue filmmaking, I went to Buenos Aires, Argentina, to start my career. In the process, I unfortunately became really ill and I was forced to go back to Chile, stop my studies, and take time to focus on my recovery. My luck shifted, as back in Chile, I received an invitation from New York Film Academy to participate in an audition, since they were looking for Latin talents. I was unsure about coming to the USA but attended the audition regardless. I was selected among others from Chile, Argentina, and Brazil, receiving a scholarship, so decided to make the life-changing decision to move to LA. I shot my first few projects, including Aphrodite, after just two months in film school and have already had the privilege to take this film to three film festivals (LALSFF, OUTFEST, Newport Beach Film Festival).

I’m currently working on the post-production of “Trophic Chain” which is based around the real experience of a man I met on the streets; He was forced into taking opioid medications by his doctor, becoming highly addicted, paying for the pills through sexual services. I’m currently in pre-production of my thesis film, shooting this June. “Hidden Stone” explores the themes of stepping back into being a father after doing time behind bars and having no relationship to work with his own daughter. His circumstances drive him to take extreme actions in order to fix his relationship with her and ultimately save her from a spiraling-downhill life.

Overall, has it been relatively smooth? If not, what were some of the struggles along the way?
I wouldn’t say my journey has been exactly “smooth”. I am from Chile, a small and isolated country. Although this increased my drive to succeed, its definitely comes with its difficulties. Learning to speak English in a fluent enough manner to write effectively and to direct actors was a challenge in itself. Although its always been an option to have someone write for me, I’ve always loved writing myself, developing a story, complex characters, and themes that I want to share with the world. However, since I moved to LA, it meant writing in English. I’ve spent many long nights and days fixing my language: ‘struggle’ may be an understatement but it has been a hugely satisfying experience seeing my English language, vocabulary and writing grow in such a little time.

Tying into this was moving to a country where I knew no one. It was a bold move and intimidating to say in the least and although I started with a very small circle of friends who were also just starting out, I feel like this has been a real stepping stone experience. Film festivals have been huge in pushing me forward into the industry, expanding that circle. I have met professionals, friends, mentors or just people simply interested in my art and there to help me out. Ever since my first festival, I feel like my confidence has grown, as that Chilean outsider, becoming more and more excepted and involved in the industry here across the ocean.

We’d love to hear more about your work and what you are currently focused on. What else should we know?
I am my own brand. I specialize in writing, directing and separate to this, acting. I think different people would know me for different things. I like to think I am most known for my final product of writing and directing. I create complex characters that often don’t fit in with the ‘good’ vs ‘bad’ stereotypes: I think of my characters as human beings, people pushed to make desperate decisions. Whether my character is the hero or the villain will vary in the eyes of each audience member. As well as this, I never feel afraid to address topics others might shy away from. In fact, I gravitate towards them. Many of my co-workers joke around at my, at times, dark take on filmmaking but I see it as topics that need to be discussed and talked about more. Summing this up is a quote that I believe defines my art: ‘I do not seek consensus, nor do I have the ambition to conquer the whole audience. It is necessary that one part applauds and the other gets scandalized.

Otherwise, there is nothing to say”. This was said by Heiner Müller. Besides that, I’m also known for my attention to detail when it comes to visual filmmaking. Since I started, I have been categorized as a ‘signature director’, as not only do I have an eye for directing but like to have an influence over the visuals in the frame from production design to color choices. I love the nuance of subtext in a frame, maybe a lipstick stain left on a glass or an empty photo frame tucked under a pillow will say more about a character or their situation than dialogue can ever say. All of these aspects that I believe I am known for also tie in with what I believe sets me apart from other filmmakers and makes my art that little bit more unique.

Any shoutouts? Who else deserves credit in this story – who has played a meaningful role?
One of my biggest talents is to make good friends; If it wasn’t for those surrounding me I wouldn’t be in the position I’m in today. Unlike many artists, it was actually my parents that stopped me in my original track of becoming a lawyer. I laugh about this now. They pointed me in the direction of becoming an artist, especially my father telling me I’d direct one day, not just act. For them, I will always be grateful.

In addition, here in LA, I’ve been counting on two women from the very beginning: Maria Ignacia Hojas (Actress) and Emma Nobbs (Director). Both of them have worked alongside me, demonstrating how encouraging and empowering Women are in this industry and how we need more of them.

My mentor, Robert Taylor, has been fundamental in encouraging and pushing me to become a better and better writer and has become a close friend in the industry. Another mentor I’m thankful for is Crickett Rumley, who was the one who pushed me to submit my first film into festivals and ultimately move my career forward. Last but certainly not least, Danny Delillo, one of the programmers for Newport Beach Film Festival and New Filmmakers Los Angeles. Since we met, he is being an enormous support for me as an artist. He genuinely wants to help me to build a career here in United States and believes in me as a filmmaker. 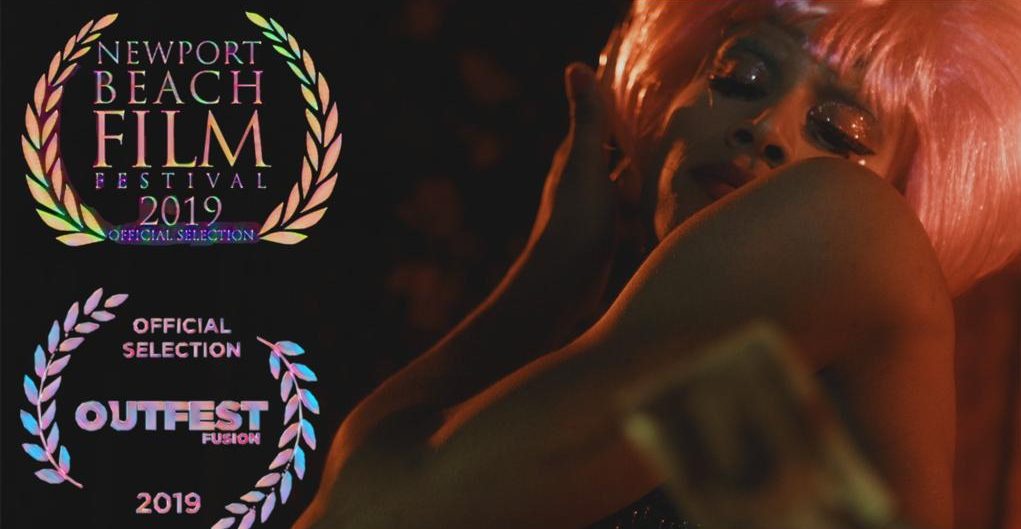 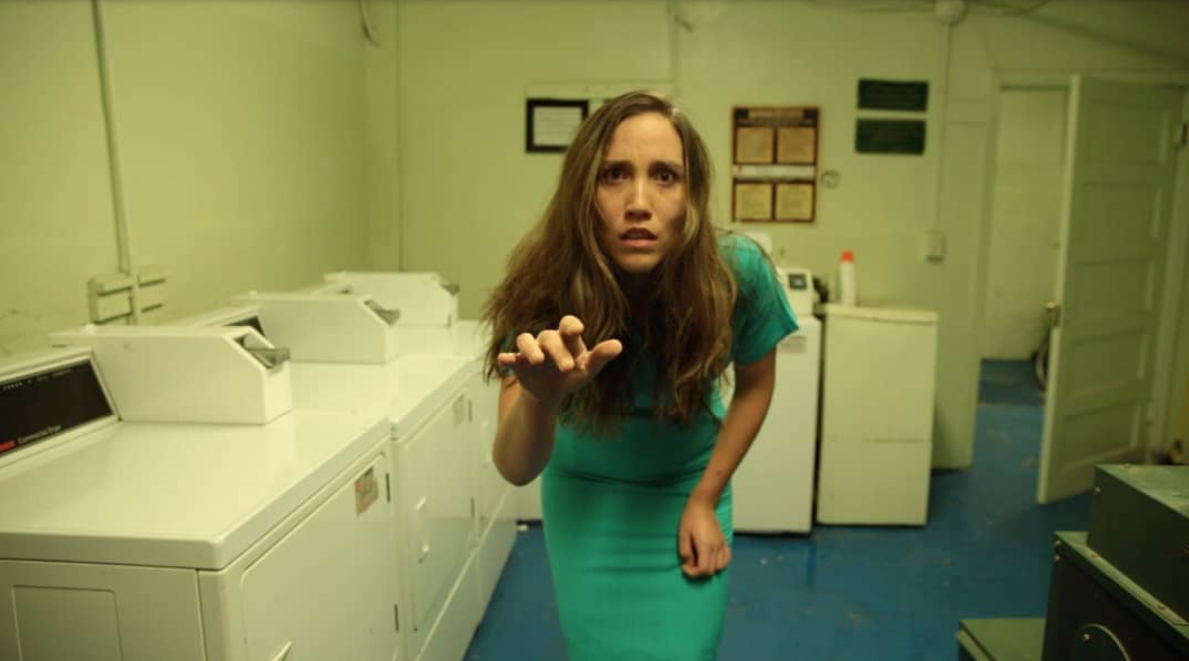 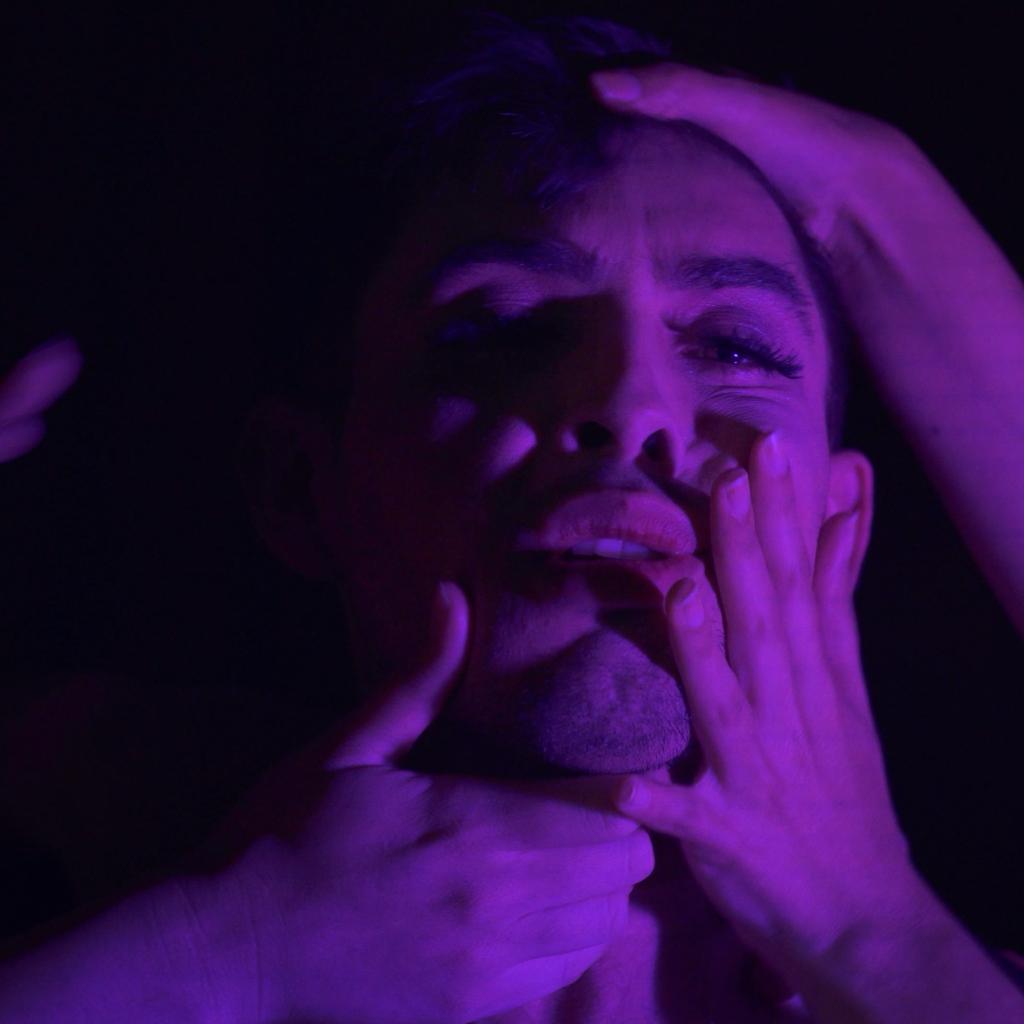 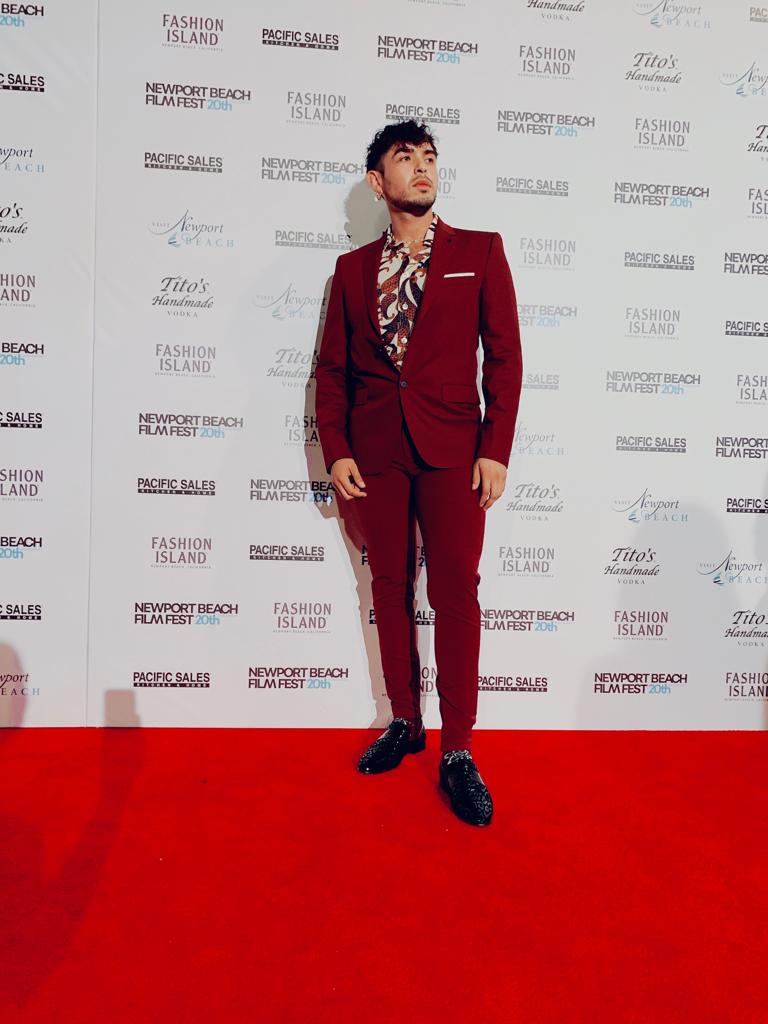 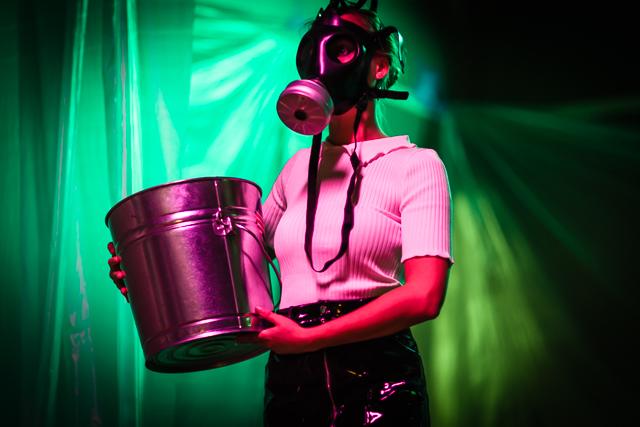 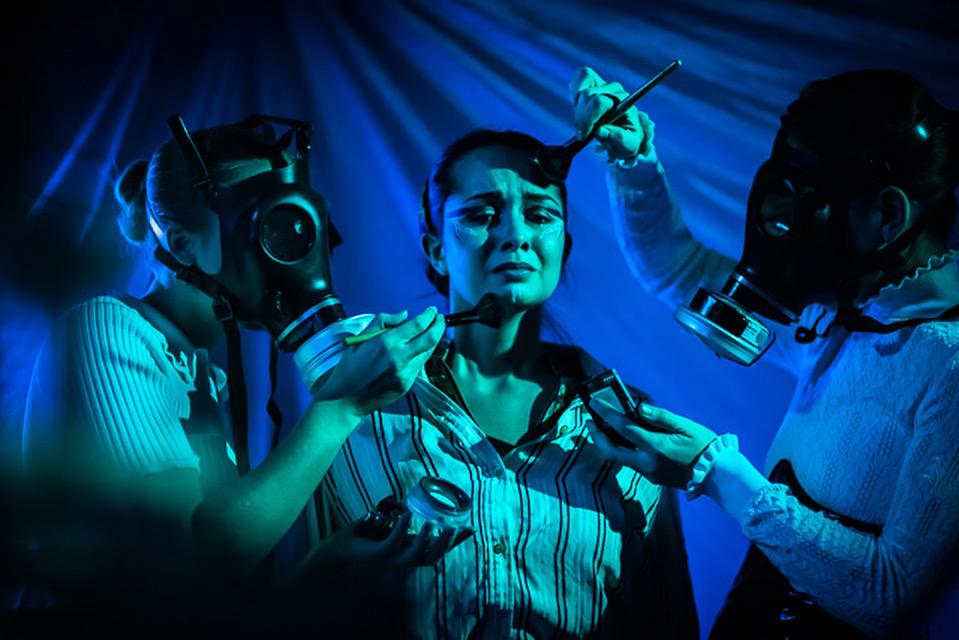 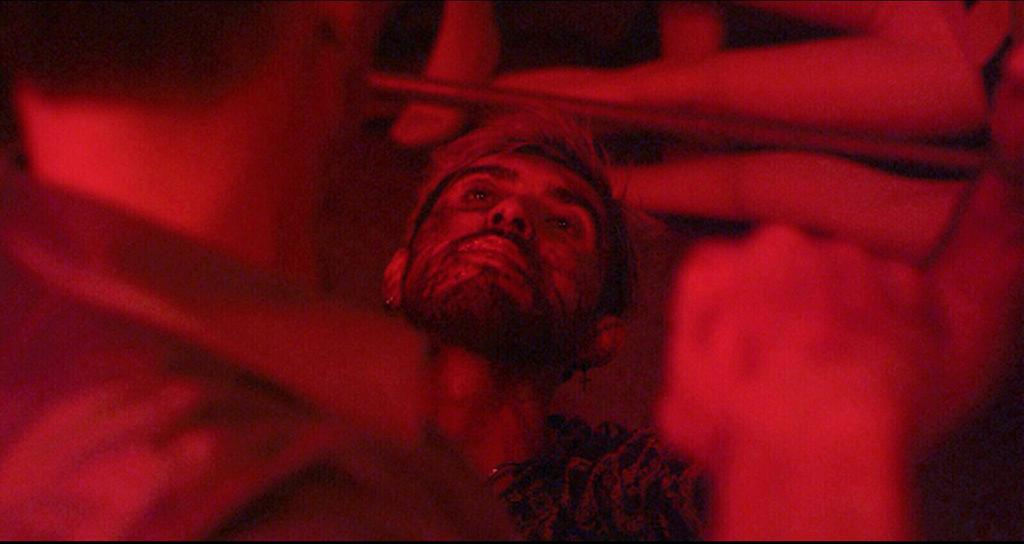 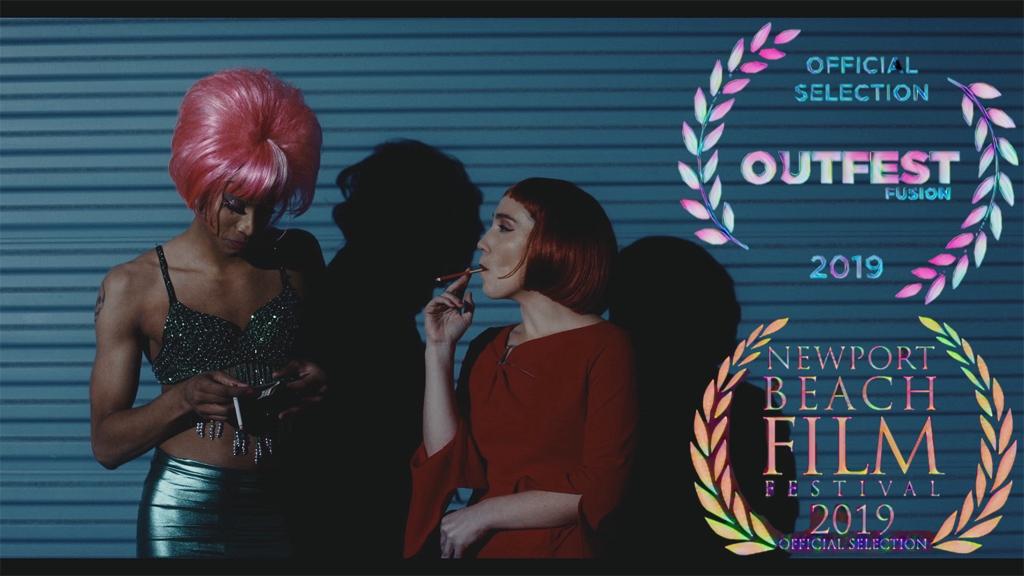