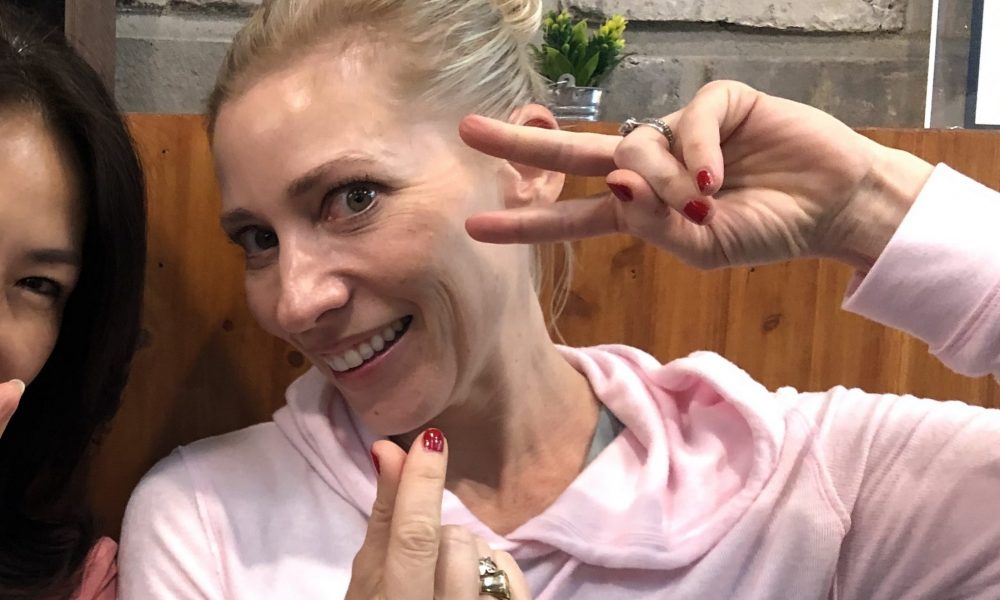 Today we’d like to introduce you to Molly Niles Renshaw.

Molly, let’s start with your story. We’d love to hear how you got started and how the journey has been so far.
I am a native Angeleno! I grew up in Toluca Lake which is a cute pocket in the Valley. I left LA from 1991 to 2004 when I went to Skidmore College in Saratoga Springs, NY then moved to NYC to pursue a dance career in 1995. Being that modern dance wasn’t exactly a cash cow I was also a waitress and a model for art classes.

We had a classical Pilates instructor in our dance department at Skidmore. I loved it and began taking classes in the city when I moved. After a few years of waitressing late at night, I decided to pursue a healthier job and started looking into a Pilates certification. Thankfully since Pilates wasn’t yet a household name there was only one place to get certified at that time in New York, The Pilates Studio on the upper west side of Manhattan. I was very fortunate to do my first certification with Joseph Pilates protegee, Romana Kryzanowska there and at Drago’s Gym. It was hardly a weekend workshop but a rigorous yearlong program where we were thrown into the lion’s den daily. After surviving the certification program with Romana I felt I could teach anywhere. Romana passed away in 2013 and there are very few people left who actually met and worked with Mr.Pilates. I taught alongside many great teachers in NY for four years.

I moved back west in 2004 and lived right on the beach in Santa Monica. I was quickly employed as a New York, Romana-certified instructor. I worked at every classical Pilates studio in town but settled into Mari Winsor’s west side studio for a decade. She was diagnosed with the horrible disease, ALS in 2014 and was forced to close her studios in 2016. Mari is still with us but is bedridden and can’t move at all. She was a great mentor to me and taught me so much about Pilates, marketing and branding and also how to treat people well. She’s an amazing person.

After Winsor Pilates closed, most of the teachers moved to another Santa Monica studio. A year later that studio abruptly closed. Another Winsor teacher I was close to, Hector Mercado and I looked at each other and said: “Should we open a studio together?” “What should we call it?” I said. Without skipping a beat Hector said “Phoenix Pilates. After all the crashes and burns, we’ll be the studio that rises from the ashes.” I love it, I said.

In the summer of 2018, we began looking for studio space and we’ve been settled into our cozy studio in the heart of Santa Monica. We’re a small, second-floor studio on Wilshire and 24th Street. I love being a hidden gem. You have to know we’re here. No walk-by traffic but it’s been great. A lot of word of mouth referrals. Hector and I have tried to recreate the friendly, familial community of Winsor Pilates. We have clients who have become like family to us. We teach classical style Pilates which means the same exercises in the same order on very similar equipment to what Joseph Pilates taught his clients on. His method was perfection and it holds up today. Classical Pilates isn’t trying to reinvent the method but carry it on as intended by Mr. Pilates.

Along the way, I met my husband, Alan, got married, had two darling children and moved to Venice. I love teaching pre and postnatal Pilates after my experience with my own pregnancies. 2019 marks 20 years teaching Pilates and I feel like I’m just getting started. I’ve just returned from Seoul, Korea where I presented several workshops on pre and postnatal Pilates to a group of teachers there. I hope to expand Phoenix Pilates to my Venice neighborhood.

Overall, has it been relatively smooth? If not, what were some of the struggles along the way?
Not at all! Starting a business from scratch is no joke! Hector and I started Phoenix Classical Pilates with a five-minute conversation. We had no idea what we were doing. Sure, I’ve been teaching for 20 years but I’d never started a business before. I didn’t know anything about spreadsheets, budgets, websites, business licenses – nada! When we were still looking at spaces, a friend said: “so what’s your marketing strategy?” Uhh… No clue.

I have learned A TON this year. I have read dozens of books on business including Warren Buffet’s biography! I’ve watched so many online videos on YouTube and Creative Live on how to have a compelling Instagram and Facebook page, how to write a newsletter on Mailchimp, how to track finances on Quickbooks. I mean, I really started from scratch. I was a dancer/waitress then a Pilates teacher. I still at age 46 have never had a job at a desk.

I really thought if we signed a lease and our clients from the old studios followed us, BAM, we’d be doing great. Well, that’s not exactly what happened. We do have awesomely loyal clients and most did follow us but to have a successful studio you need new bodies in the door on the regular! We had bills! Rent, scheduling software, Gratz equipment is the gold standard – the best- and it’s not cheap. Now we have all this overhead. Thankfully we have a few great teachers who rent space from us which helps with that. We also enlisted the help of Alison Graham who has helped get our name out there with PR.

If I’d known all the hard work that goes into starting a brand new business I might’ve taken a little more time thinking it over. Now that I’m in it I absolutely love it. There’s nothing more rewarding and satisfying than having your own business.

Phoenix Classical Pilates – what should we know? What do you guys do best? What sets you apart from the competition?
My company is called Phoenix Classical Pilates. We specialize in classical Pilates in small groups. I strive to create an intimate, safe setting to practice Pilates on the best equipment available. Many people have commented that they feel like they’re in a NY studio with its exposed brick and almost hidden location. We are known for our superb instruction and the private setting. We do have some really fun group classes (Men’s Class, Mostly Mat, Teacher’s Class, Pilates for Seniors) but we mostly specialize in private instruction. We have one or two small group classes (4 people) a day but our focus is on the one-on-one session to hone in on what that person needs that day.

I think I’m known for my calm, patient demeanor. I’ve been teaching for so long and had the experience with thousands of different bodies and personalities that nothing shocks me. I can take on any client, with any issue. I am so proud of our fledgling company because we started from scratch and have worked so hard to create a positive, inclusive community of teachers and clients. We have 80-year-olds and 15-year-olds, all races and genders. Every time I walk into my studio I feel happy, a deep satisfaction.

What sets us apart from the other million Santa Monica studios is our authenticity and experience with the Pilates method. I don’t and won’t knock other studios – it’s all good. Movement is good. But what I teach is the original method from Joseph Pilates as passed down from his protegee, Romana Kryzanowska. I haven’t changed anything but have spent a lot of time studying the body and correct biomechanics to teach the healthiest, most effective movement I can. My goal is to help my clients with their goals and that is different depending on the person. A woman in her 20’s may come to Pilates to look a certain way. Whereas an 80-year-old wants to be able to still climb stairs or get up off the floor. I work individually with the clients’ goals. Mostly I seek a strong, healthy, pain-free body.

Any shoutouts? Who else deserves credit in this story – who has played a meaningful role?
Oh my gosh, so many! I have a great business partner, Hector Mercado who I met in 2006 when I started teaching at Winsor Pilates in Santa Monica. After a dozen years working together, we decided to open Phoenix Classical Pilates together because we knew there was a deep trust between us.

To thank my husband, Alan He’s always been my biggest supporter and makes it possible for me to have my own business because he helps so much with our kids.

Also, Mari Winsor has been an amazing supporter of me. To this day, she is the best boss I’ve ever had. I worked in her studios for ten years – longer than I worked anywhere before. She’s an awesome people person with the unique ability to read people. She knew when to mentor, give advice – when to leave you alone. She never micro-managed her team. Her clientele was made up of the rich and famous but also regular people and she treated them all like gold. She always gave new teachers the opportunity to assist her teach her most famous clients. The horrible disease she has been cursed with, ALS is so unfair. We’ve received a lot of help from Alison Graham of AJG PR. She has given us great advice and helped bring our studio out of the shadows. She is a client of ours and has become a friend.

I have had some awesome teachers – I was so lucky to study with Romana and her daughter, Sari. Also, the late Bob Liekens had a huge influence on my teaching. They gave me the bones of the method – a really solid base from which to teach. Currently, I see Trish Garland in the Valley for lessons. She runs the Romana’s Pilates program at her studio. Another is Shari Berkowitz who I take lessons from online. She and I were certified around the same time in NY. She’s classical with a focus on correct biomechanics based on science, which I appreciate. Many Pilates teachers are former dancers, including myself. We teach with imagery and simple anatomy – arms, legs, feet. I’ve learned so much about how the body actually works and anatomy – the bones, muscles, ligaments and how it all works together from Shari. All of these teachers have made me the well rounded, knowledgeable teacher I am today.

I’ve also gotten tons of positive support from Alisa Wyatt and Jack Coble who started the website, Pilatesology. It’s an awesome platform showcasing classical Pilates teachers with 100’s of workouts to do wherever you want from the best instructors all over the world. Alisa and I were certified the same year in the same program in NYC in 1999. They’ve always been cheerleaders of mine. I appreciate them so much. They had faith in me and I was one of the first instructors on the site back in 2011.

I’ve heard over the years that the Pilates world, although small is super competitive – even cutthroat! I have to say, I have not had that experience. Of course, there are a few bad apples but mostly I’ve worked with extremely kind and generous souls who have gone to bat for me, supported me, given me awesome opportunities and cheerleaded me from the sidelines. 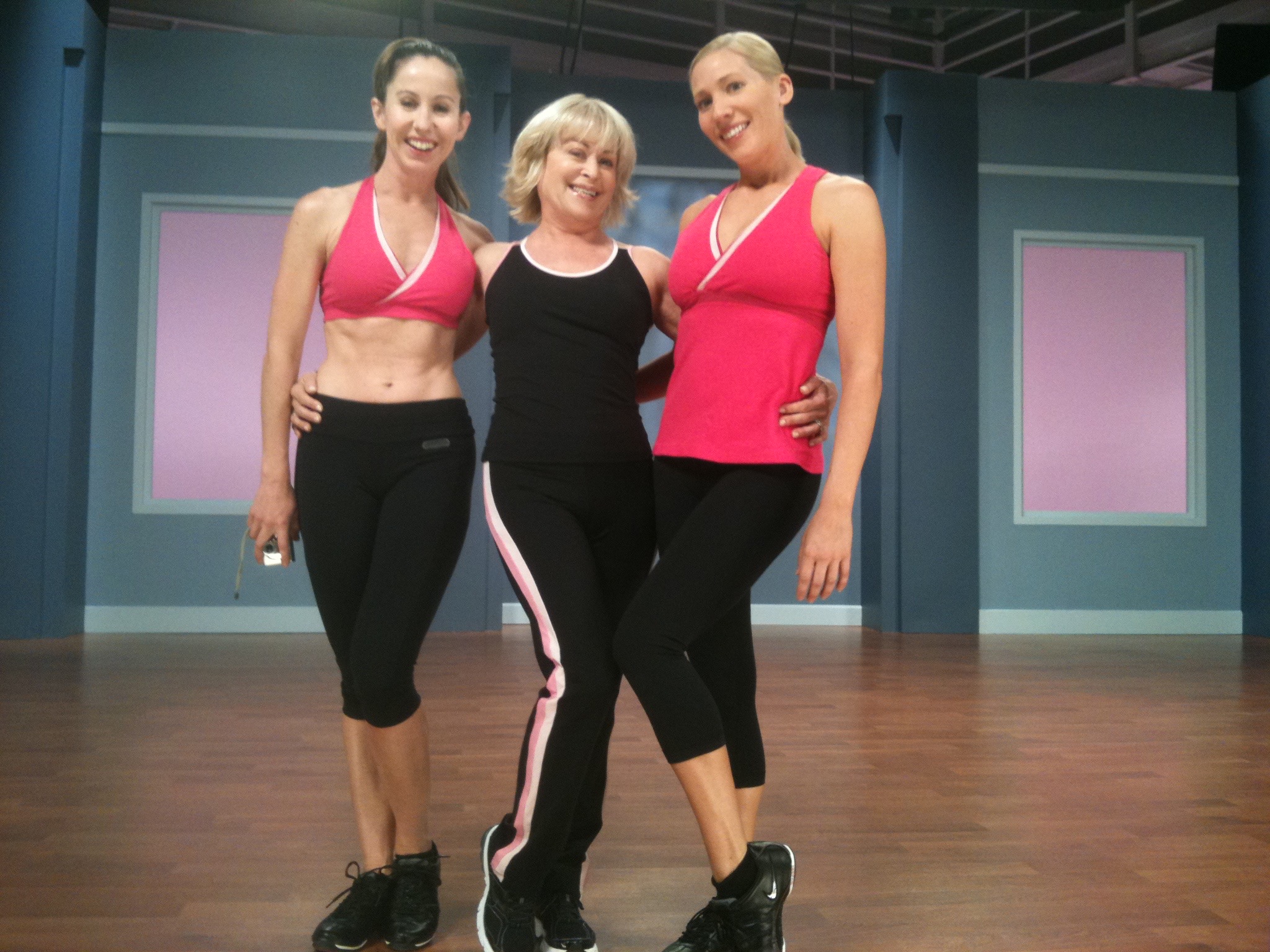 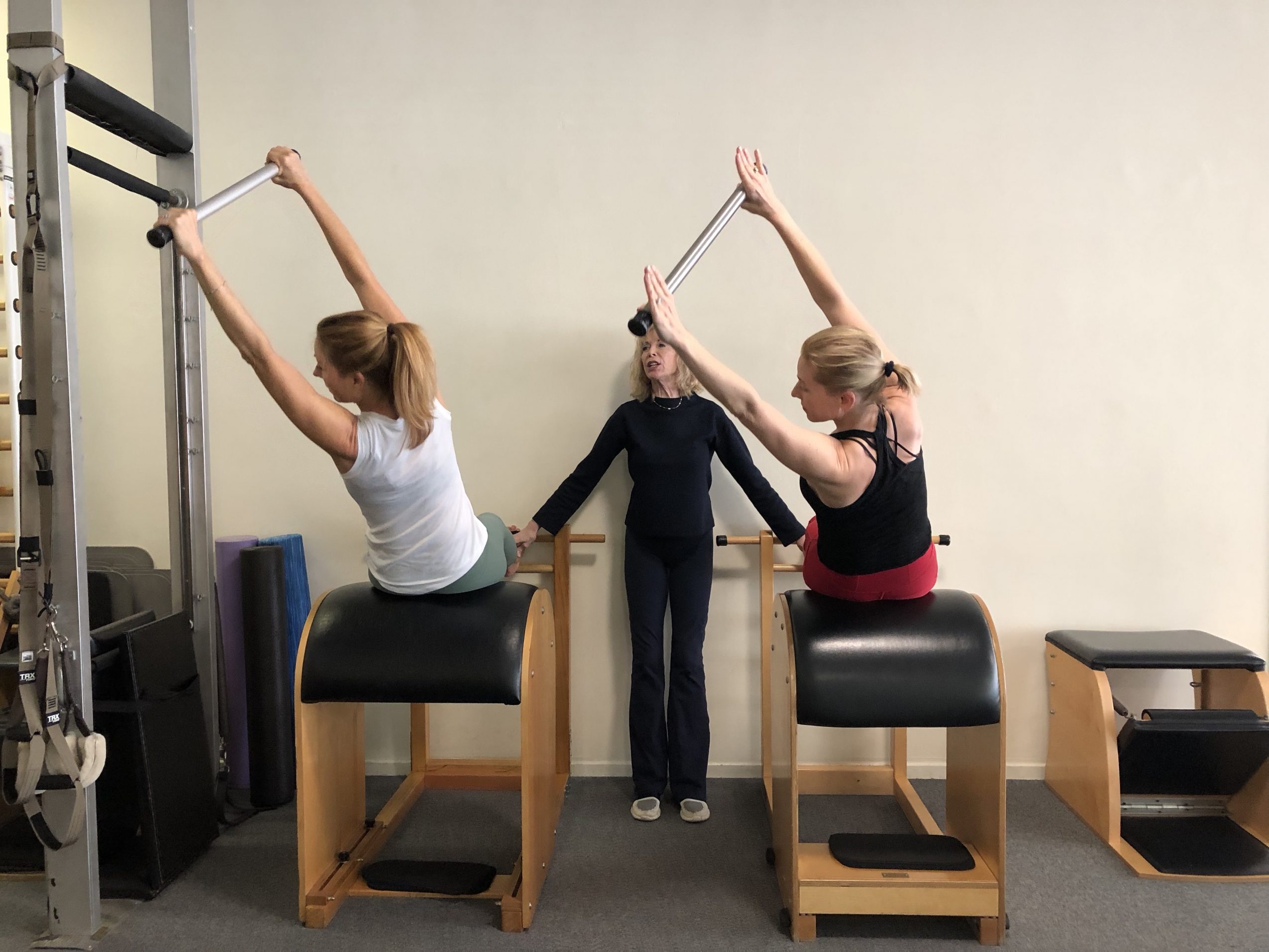 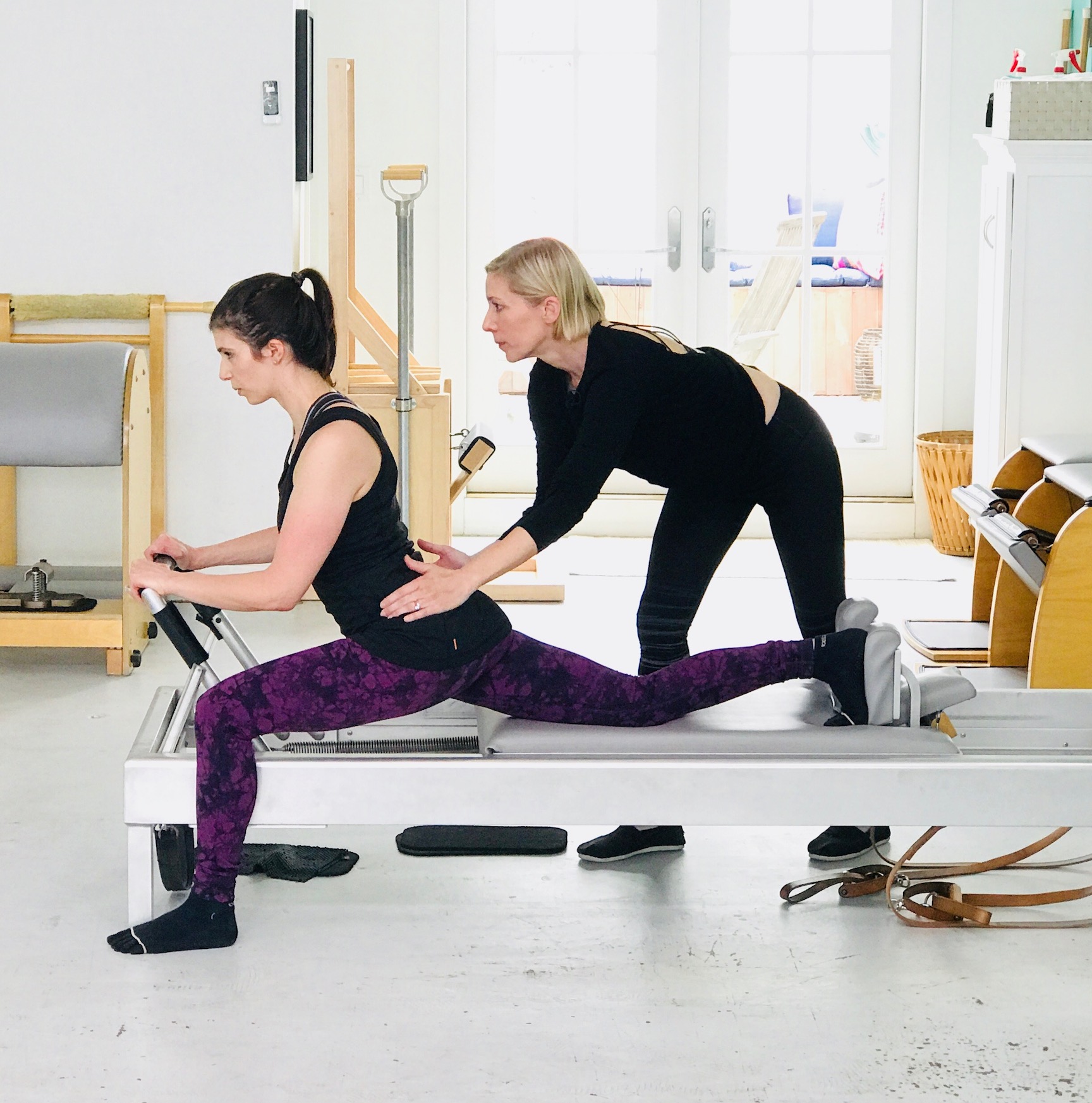 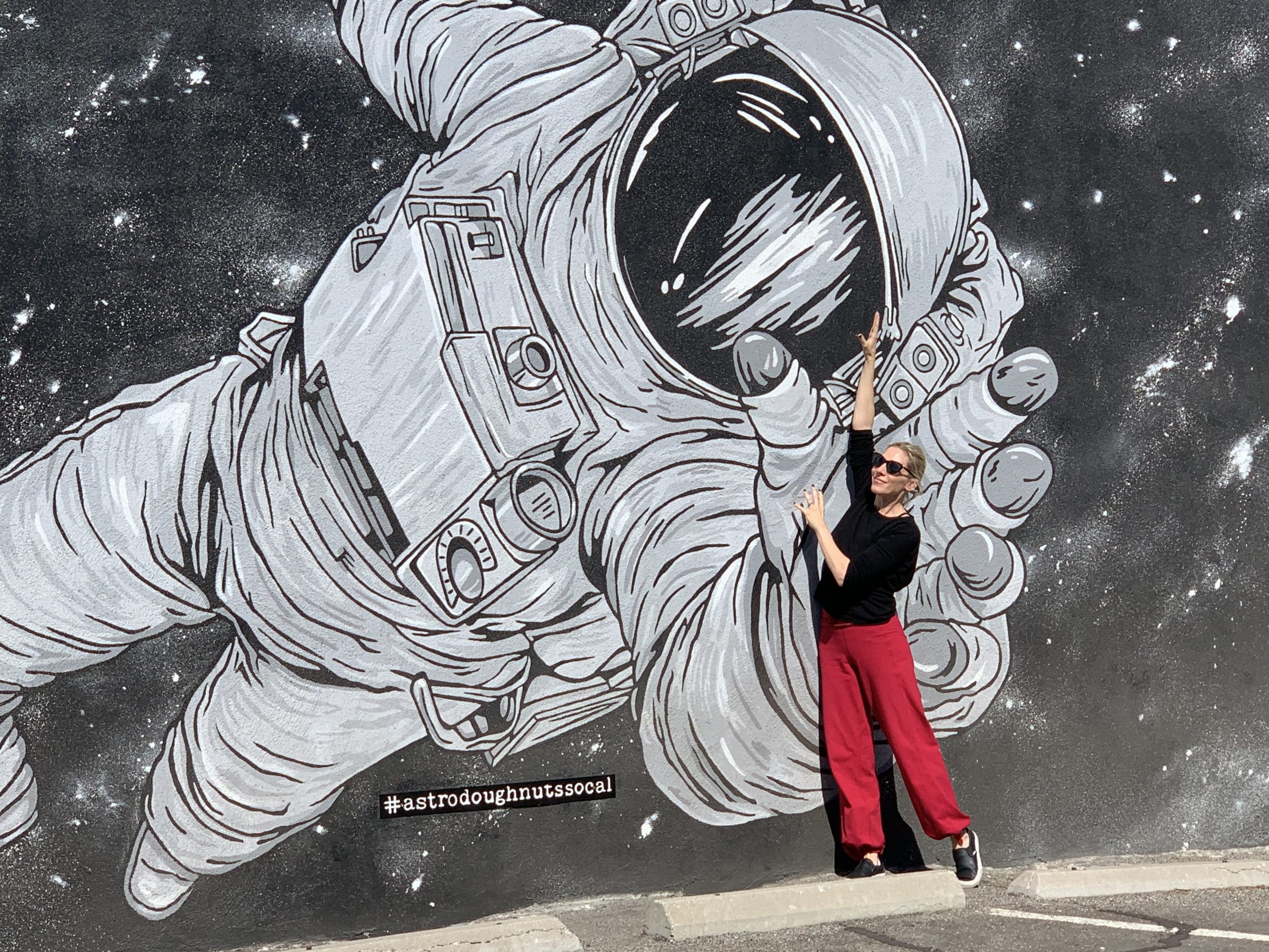 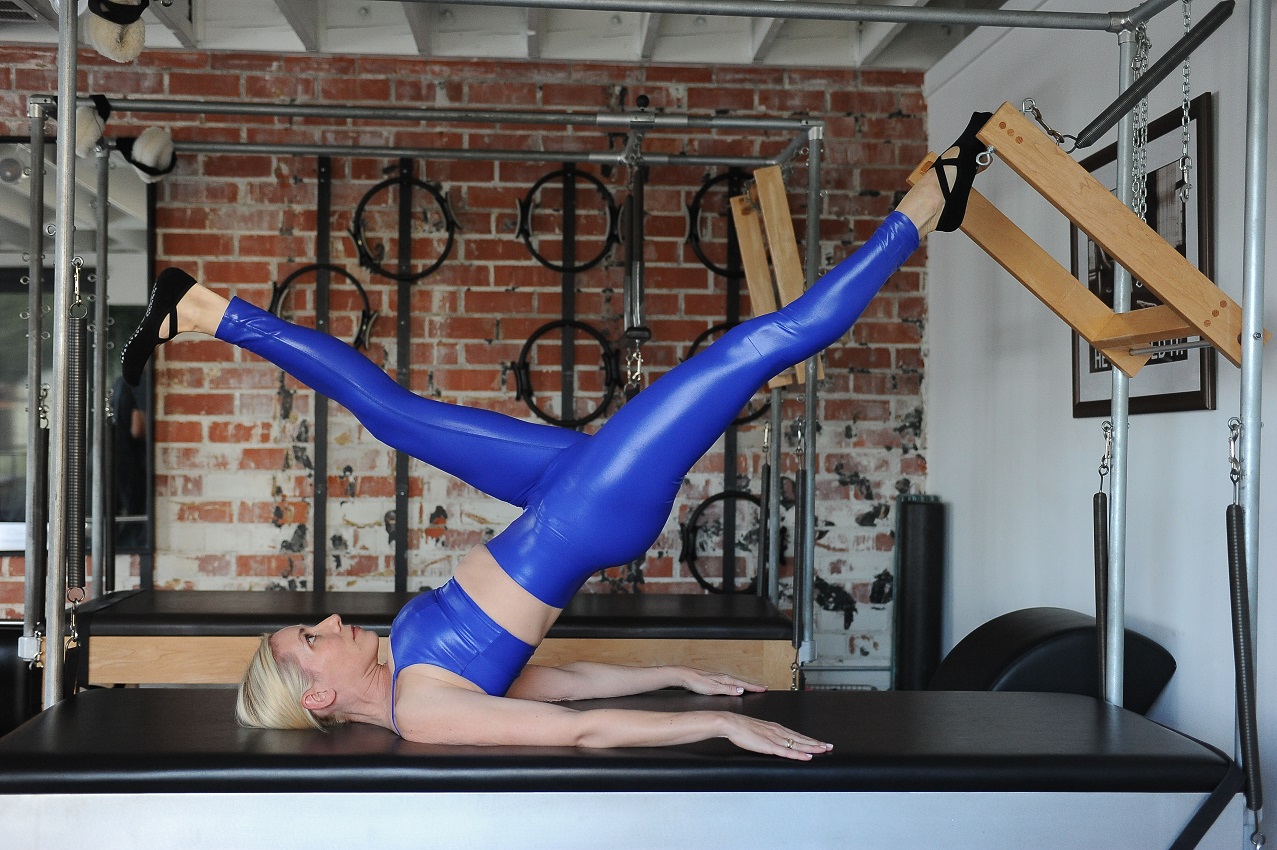 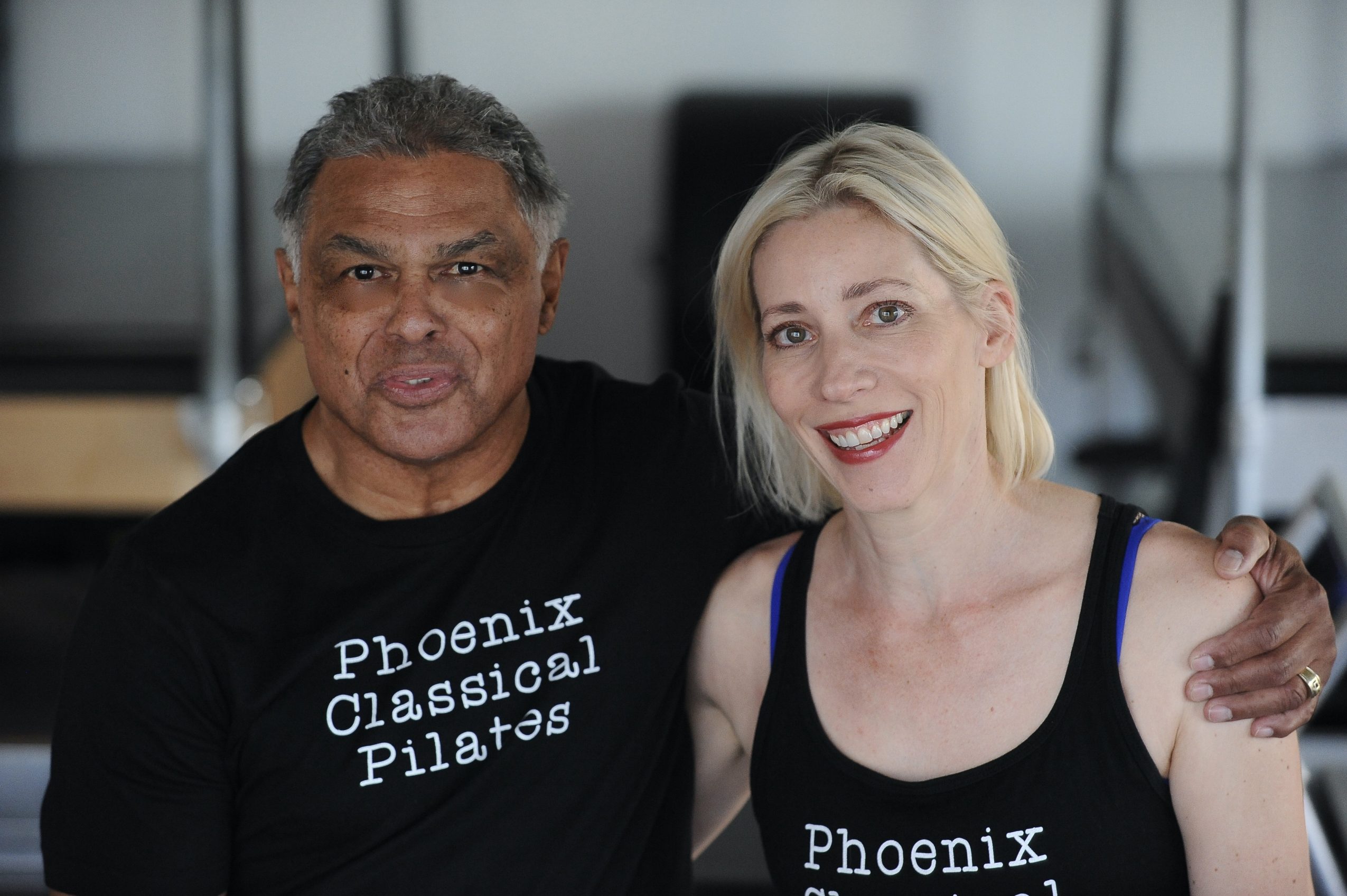 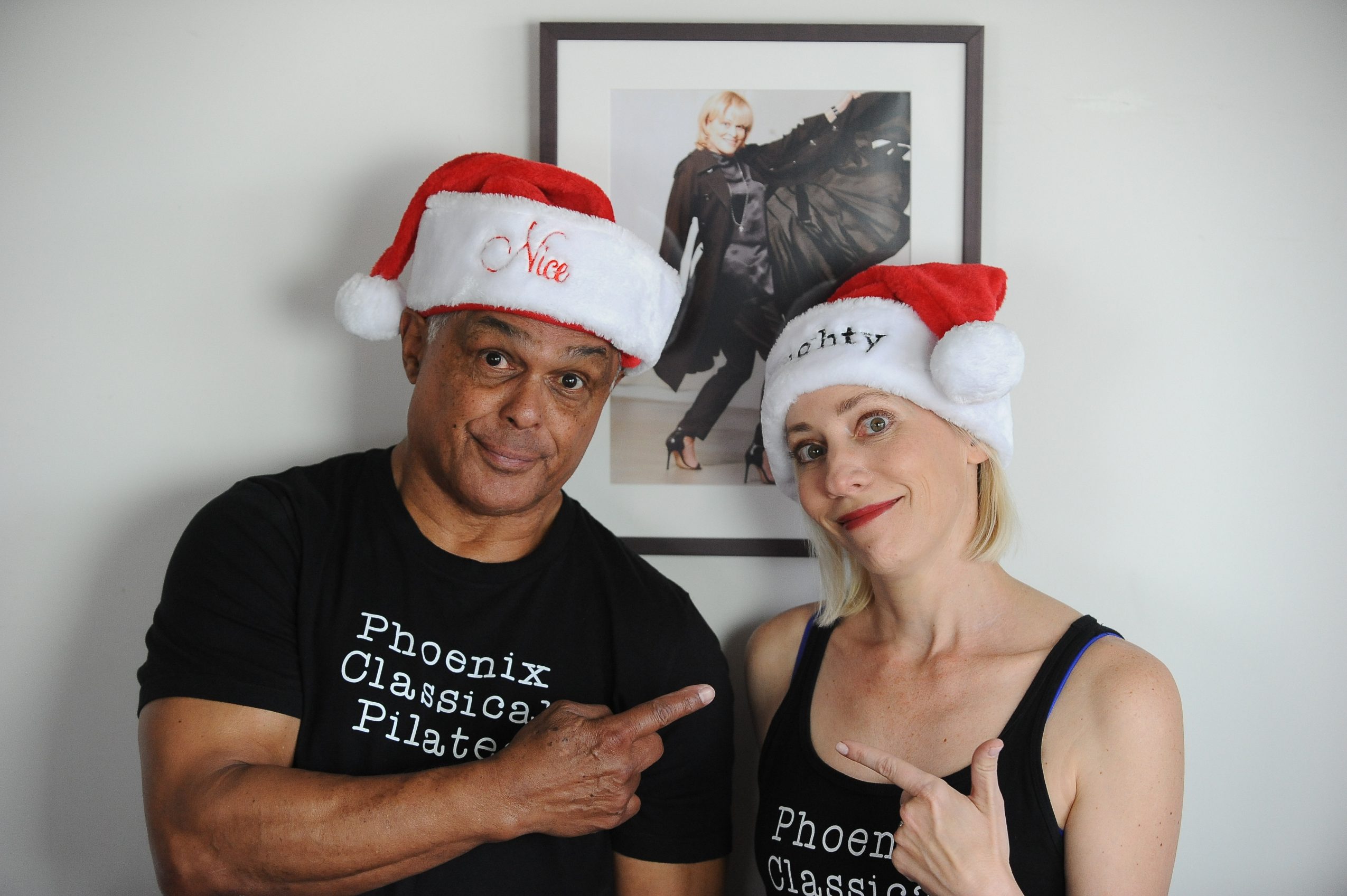 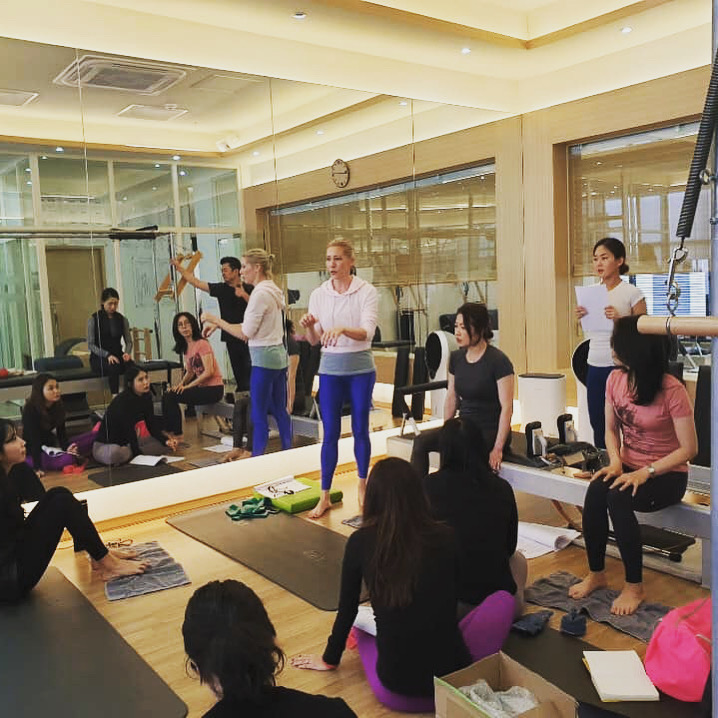 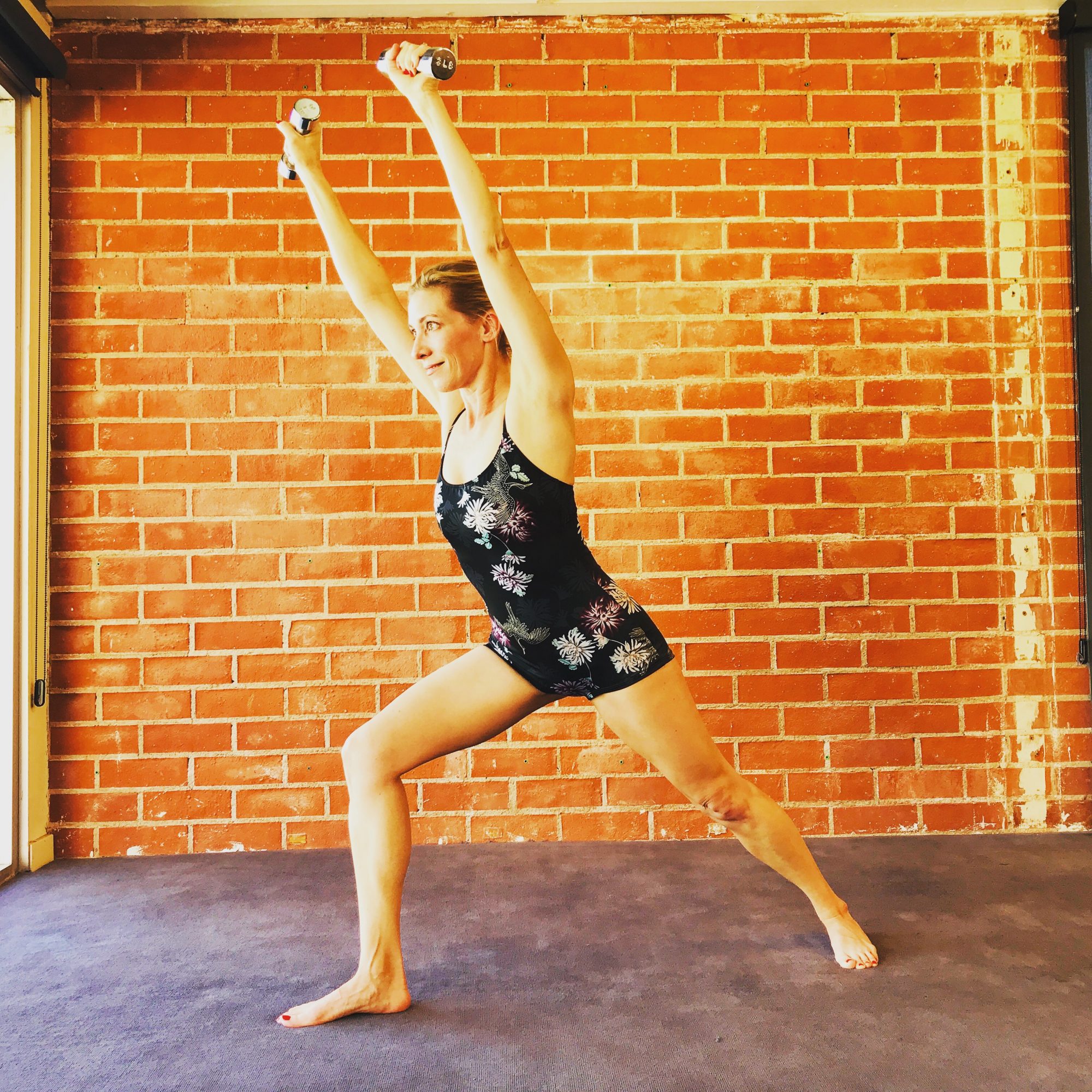 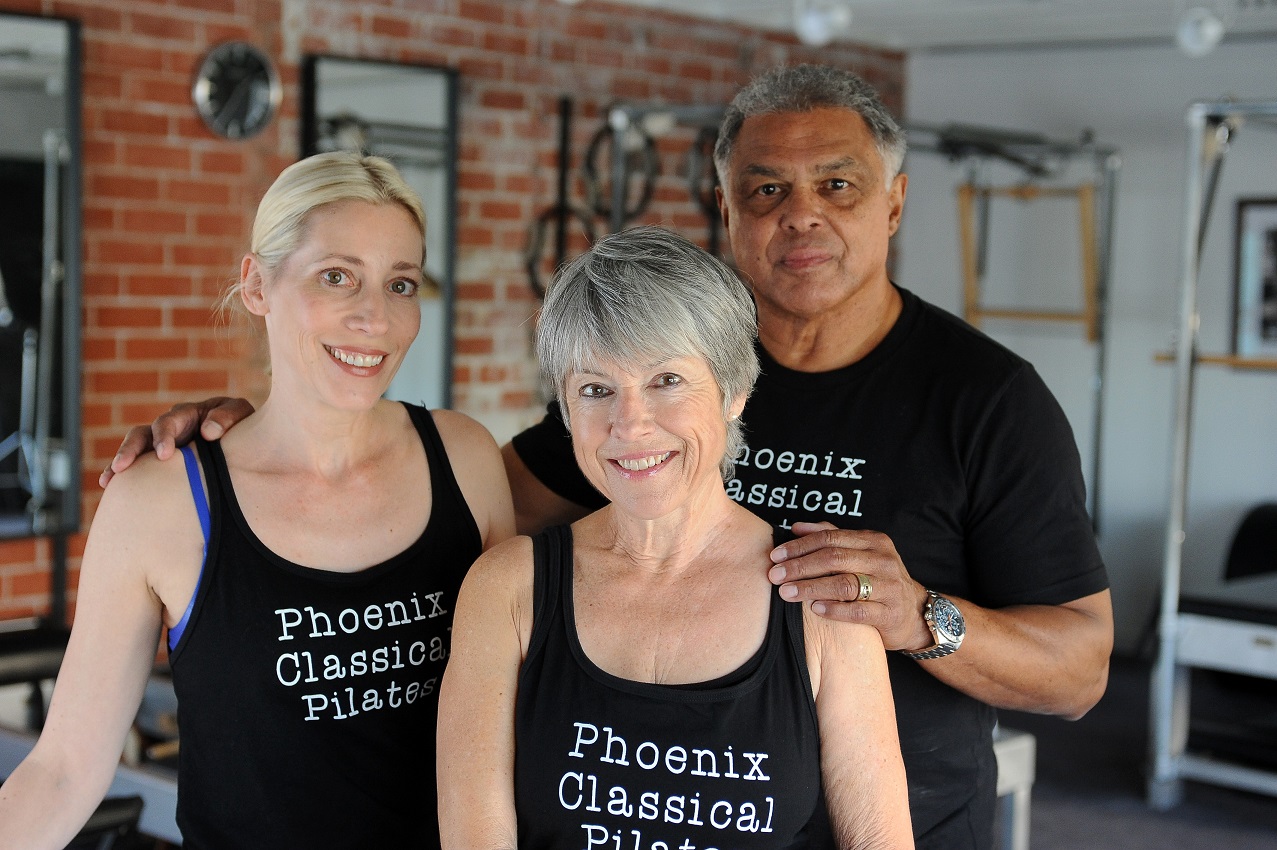 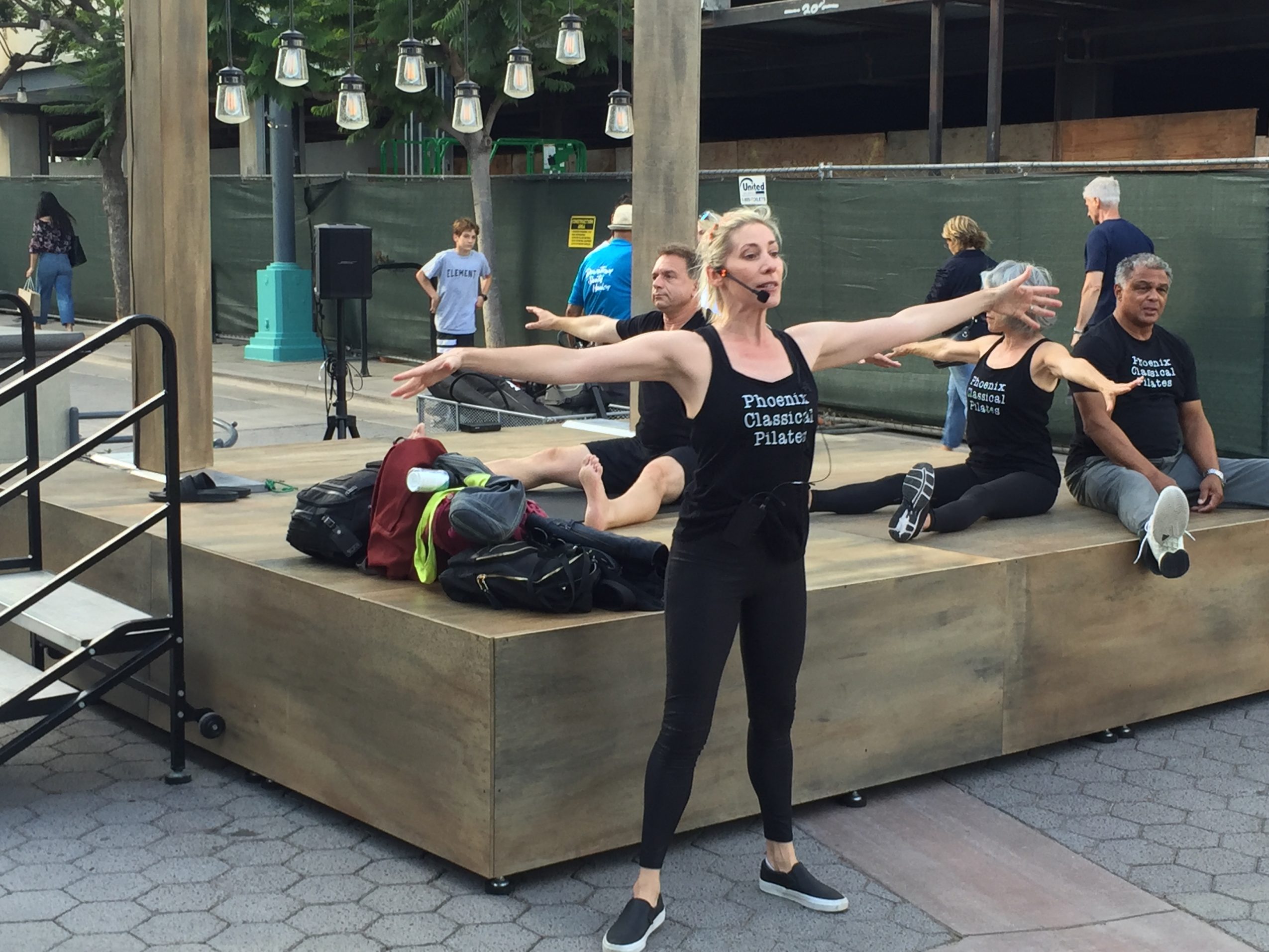