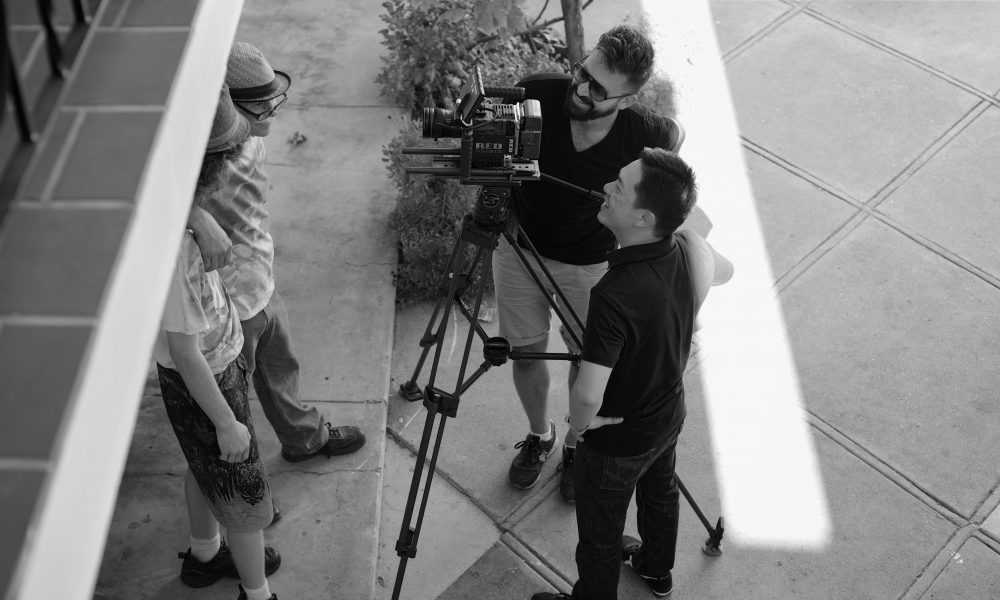 Today we’d like to introduce you to Ming Lai.

Thanks for sharing your story with us Ming. So, let’s start at the beginning and we can move on from there.
I’ve always loved film ever since I was a kid. However, becoming a director seemed impossible so I explored other careers, including medicine and law, before getting into advertising and eventually film.

I went to UCLA and received a B.A. in English. And then I attended CSULB and earned a M.A. also in English, doing my master’s thesis on Akira Kurosawa’s “Throne of Blood,” his adaptation of “Macbeth.”

Afterward, I studied advertising at The Bookshop and Art Center at Night. I eventually started my career as a copywriter and learned how to create commercials.

After 9/11 and then my sister’s passing, I decided to seriously pursue my love of film. I took filmmaking classes at UCLA Extension and studied directing at the Judith Weston Studio for Actors and Directors.

Then I started making short films and later commercials and corporate videos. I eventually transitioned to feature-length documentaries. I also started to become passionate about photography, inspired by my father who was a professional photographer.

Overall, has it been relatively smooth? If not, what were some of the struggles along the way?
As an independent filmmaker, one of the biggest challenges is finding funding for your projects.

Luckily, for our latest feature documentary, “Visions of Warriors,” we received a generous grant from the Stanford Medicine & the Muse Program, significant corporate sponsorship from Artisan & Artist, Evike, and Freestyle Photographic Supplies, and many donations from family, friends, and the public. Our film wouldn’t have been possible without their strong support.

Another big challenge is distributing your film when it’s done. Even if you find a good distributor, they usually take most, if not all, of the profits. If you choose to self-distribute your film, it’s a huge task to try to reach your audience without the advertising budget of a big studio.

Luckily, this distribution model is changing, and independent filmmakers can self-distribute their films through digital platforms and keep much more of their profits. We plan to self-distribute our film and release it on Veterans Day.

Alright – so let’s talk business. Tell us about Humanist Films – what should we know?
I’m the Founder/CEO of Humanist Films, LLC, a film and photography production company based in Los Angeles.

Humanist Films is less of a traditional production company than an innovative think tank, gathering the brightest minds to research, plan, create, and change.

The name of our company honors legendary director, Akira Kurosawa, who was praised for his humanist compassion and inspired us to become filmmakers.

Our latest project is “Visions of Warriors,” a feature documentary about four veterans from the Vietnam era to the Iraq War who participate in the groundbreaking Veteran Photo Recovery Project at the VA Menlo Park and use innovative photography therapy to treat their mental illness.

Any shoutouts? Who else deserves credit in this story – who has played a meaningful role?
In my life, I’ve been very fortunate to have the love and support of many family, friends, teachers, mentors, colleagues, and clients. Filmmaking is an extremely tough career, where you often experience more failure than success. Luckily, all of these people have nurtured, supported, taught, guided, collaborated with, invested in, and most of all inspired me throughout my life.

My sister, Mini Lai, is one of my greatest inspirations. She was an illustrator and fine artist, graduating from the prestigious Art Center College of Design. She was born with congenital heart disease and later required a heart transplant. Despite this debilitating medical condition, she pursued her dream of becoming an artist.

After receiving her heart transplant from a generous donor, she graduated from UC Irvine, built a portfolio at Pasadena City College, and was accepted into the Art Center College of Design. Shortly after she graduated from Art Center and started working professionally, she passed away suddenly.

Through her incredible life, she inspired me to become a filmmaker. In her honor, my family, friends, and I created the California Community Foundation/Mini Lai Scholarship Fund to benefit Art Center College of Design illustration students and help them achieve their dreams.