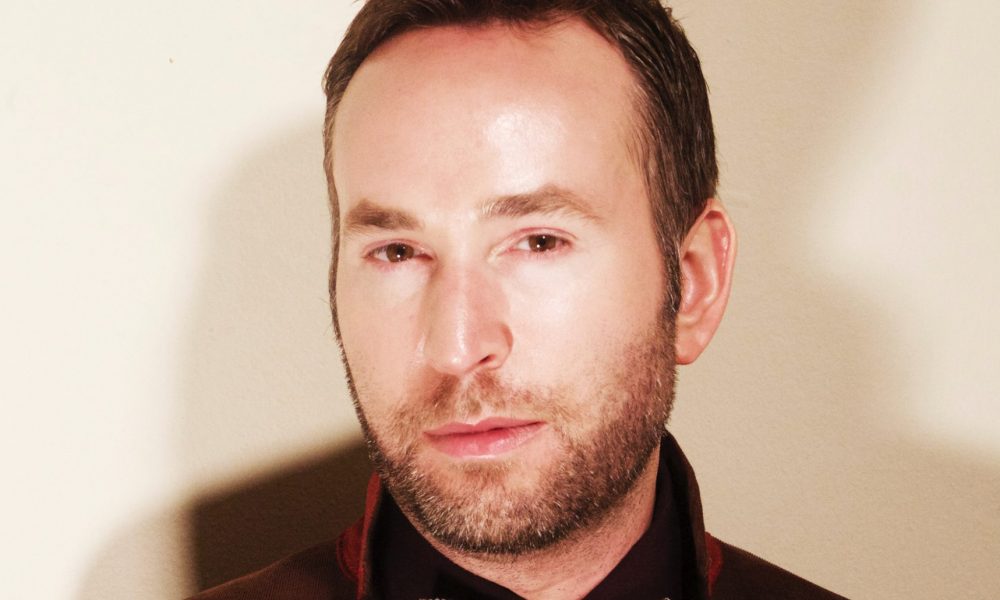 Today we’d like to introduce you to Matthew Craffey.

Matthew, can you briefly walk us through your story – how you started and how you got to where you are today.
Since I was a little kid, I’ve always connected with the Republican Party. I would watch the Republican National Convention on TV every four years. I wore Rush Limbaugh ties to high-school. In fact, before I knew or understood that I was gay, I knew for certain I was a Republican. But back in the 1990’s when I was coming of age, the notion that you could be “gay” AND “Republican” seemed a foreign concept to me and many others in society. In fact, when I started to finally deal with questions about my sexuality and confided in my only gay friend I had at the time, I told him “I have these feelings, but I must not be gay…I’m a Republican.” He laughed and said those two things are not mutually exclusive, and then went on to tell me about an LGBT Republican group called “Log Cabin Republicans.” I had struggled with accepting that I was gay for more than ten years, but the simple knowledge that there were others like me was a game-changer in that struggle. Within three months of learning about Log Cabin, I was “out” to everyone in my life.

Feeling a need to get more involved, I quickly became involved in my local gay and lesbian community center, which was called the Ventura County Rainbow Alliance. Within a short period of time, and only 21 years old at the time, I was asked to join the board and became the youngest board member to serve, and I believe the only Republican. Ventura was a fairly Conservative county at the time, and the LGBT community had mostly viewed it as a futile effort to try and build ties with our local elected Republican representatives. Being young, and ambitious, I decided to take on the challenge anyway, and by focusing more on what we all agreed about rather than what divided us, I was able to help build close relationships and significant support between our elected Republicans and the local LGBT community for the first time.

Seeing the positive power that respectful dialogue can have on policy, I turned my focus at school from getting a Business degree to getting a degree in Political Science and International Relations. The later course work of my bachelor’s degree at California Lutheran University in Thousand Oaks focused on writing op-eds and experiential learning, which was incredibly exciting. Once I graduated, I began actively writing op-eds for local newspapers such as the Ventura County Star, and then for national publications such as The Advocate and The Federalist. The ability to impact thought and public discourse on important issues was an incredibly humbling and rewarding experience, one that I wanted to build upon in whatever was coming next in my life.

A short time after, I was offered an amazing opportunity to work at UCLA, which also meant relocating to Los Angeles. While I had been on the mailing list for the Los Angeles chapter of Log Cabin Republicans for years, the drive from Ventura to Los Angeles had kept me from ever making a group meeting. Now that I was living in Los Angeles, I no longer had that excuse. Twelve years after first learning of the existence of Log Cabin Republicans, I attended my first meeting, and it was a transformative experience for me. While on some level I felt like I could be myself for the first time when I came out as gay in 1999, I always felt like I had to hide my political identity when with my gay friends. Conversely, when I was hanging out in Republican circles, I felt like I had to hide my sexuality. For the first in my entire life, I didn’t have to hide either of those fundamental aspects of who I am, and the feeling of liberation and validation was indescribable. I was finally “out” in every sense of the word. Not only that, but the people I met at that very first meeting are still some of the closest people in my life to this day. Indeed, I consider them my family.

Within the first year of my involvement, I joined the board of the Los Angeles Chapter of Log Cabin Republicans. A year later, I became the President of the chapter and served in that role for three years. During that time, same-sex marriage was legalized by the U.S. Supreme Court, Caitlyn Jenner came out as trans (and as a Republican), and Trump was elected President of the United States. Busy times indeed, but in addition to those milestones, one of the most special events for Log Cabin and for me, was that after 40 years of existence, Log Cabin Republicans become an officially chartered volunteer organization within the California Republican Party. We as a group and as individuals, were finally given the respect and recognition within the party that we had long deserved. This is quite an achievement not only when you consider that only a handful of organizations can meet the strict membership and organizational requirements to even be considered, but that once eligible, being chartered required a majority of California Republican Delegates to vote in support of us! In the end, we received almost 80% of the delegate vote! This was quite a demonstration of support and recognition from the California Republican Party and its delegates, and shows how far we’ve come in the struggle for equality. Log Cabin is now a key player in driving the issues and vision of the California Republican Party.

In 2017, I became the Chairman of Log Cabin Republicans of California, overseeing the ten Log Cabin chapters we have throughout the state of California. My job as Chairman is to support each of those local chapters, help support pro-equality Republican candidates throughout the state, and to work with California Republican Party on shared issues that matter to our members. Perhaps the most important role of Log Cabin Republicans in Los Angeles and throughout this country, is providing a forum and platform not only for fellow gay Conservatives to meet and connect, but to be a home for anyone who simply doesn’t identify with the current agenda of the LGBT-Left that so often attempts to speak for all of the LGBT community. Many of our members are former-Democrats, Libertarian or Independent in their party identification, but appreciate that within our Log Cabin community, we don’t tell anyone how they need to think. We believe that true diversity includes diversity of thought, and different beliefs and opinions are welcome and respected in organization.

It continues to be the experience of a lifetime being part of this amazing organization. I’ve had the privilege of meeting and becoming good friends with our current U.S. Ambassador to Germany and Log Cabin member, Ric Grenell, do countless interviews with numerous television and radio personalities, including Chelsea Handler, but most special of all is getting to experience the fellowship and friendship of the most amazing group of people in the world…The Log Cabin family.

Has it been a smooth road?
The Los Angeles chapter of Log Cabin Republicans is actually home to our first chapter in the country. Formed in 1977 in response to the Briggs Initiative in California that sought to ban openly gay teachers from being able to teach in schools, gay Conservatives enlisted the help of former-Governor, Ronald Reagan. Reagan wrote a passionate op ed as to why this initiative is un-American and should be defeated. Before Reagan’s op-ed, polls showed California voters overwhelmingly supported the initiative. After the op ed, the polling flipped, and the initiative ended up losing by a wide margin. It was likely Reagan’s efforts that ultimately swayed voters’ minds and kept gay teachers from being fired.

In the 1980’s and early 1990’s, the AIDS crisis claimed the lives of many of our members, including those in leadership in our organization. Additionally, the early 1990’s gave rise to anti-gay planks being added to state and national Republican Party platforms. Bob Dole, running for President in 1996, famously returned a check from Log Cabin, in an attempt to disassociate himself with the “gay lobby.” Throughout the 80’s, 90’s, and 2000’s, Log Cabin Republicans in California fought to become a chartered volunteer organization within the California Republican Party. Each attempt failed.

How satisfying it is then, to be alive in a time when we are an officially chartered volunteer organization within the Republican Party and have a Republican President of the United States who came into office supporting same-sex marriage as the “settled law”, has welcomed Log Cabin’s support of his administration, has appointed our members to prominent roles within the administration, and has current initiatives to fully eradicate HIV/AIDS by the year 2030, and to decriminalize homosexuality around the globe! What a difference 40 years makes!

We’d love to hear more about your organization.
We represent free-thinking LGBT Conservatives, Republicans and allies, as well as Independents, Libertarians, or anyone else who doesn’t identify with the issues, actions, or agenda of the LGBT-Left.

Is our city a good place to do what you do?
The high-taxes, homeless crisis, and poor infrastructure of the city presents some challenges. Also, the one-party control of the city’s politics and policies have created a lack of transparency and accountability that are likely responsible for many of the challenges we currently face.

Having said that, this adversity has created a vibrant environment for our group to flourish and has helped make the group even more important and relevant to our members. Also, even most people in the city who don’t share our political philosophy, support the work we are doing and our right to gather at public places in West Hollywood. 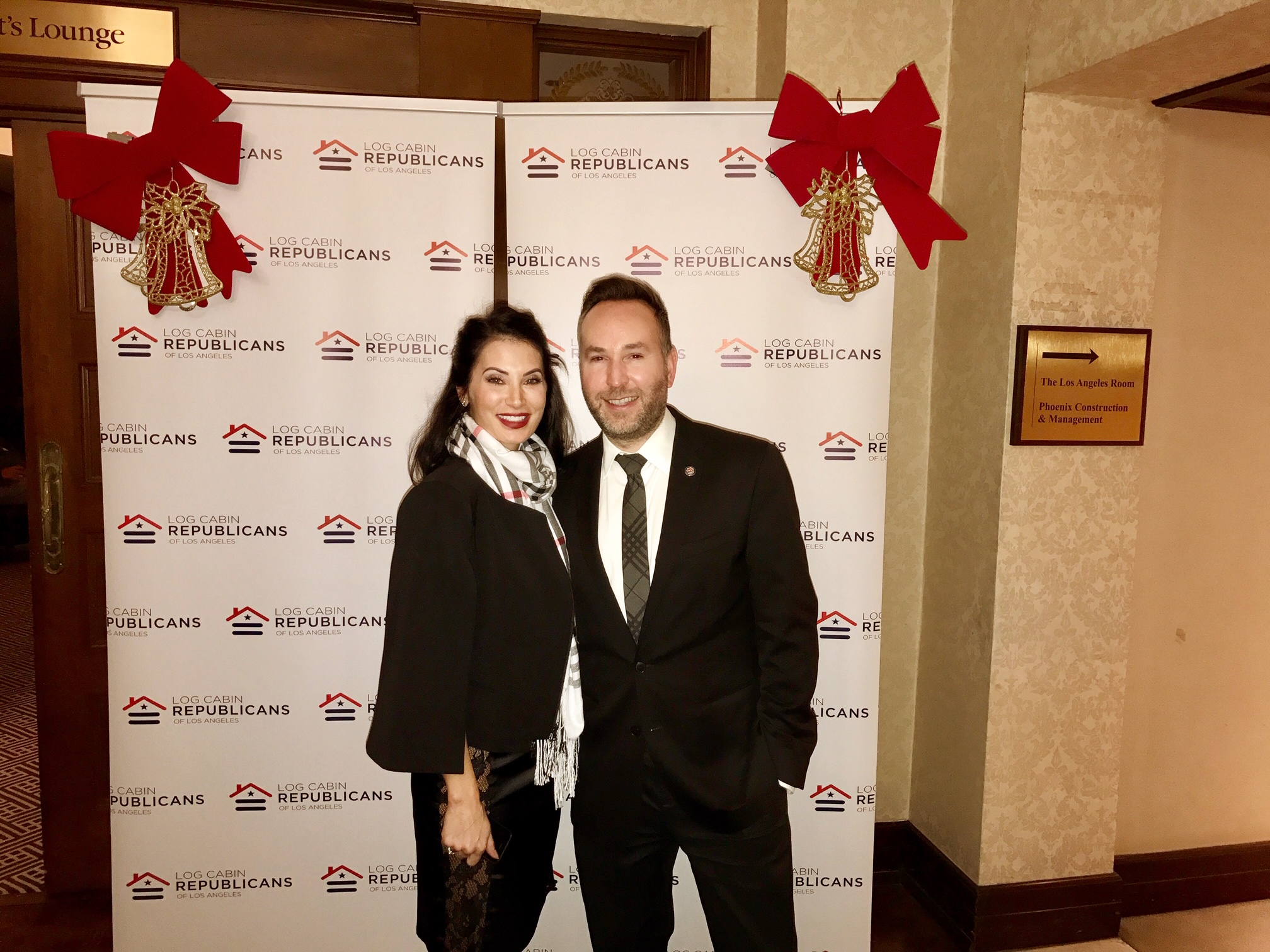 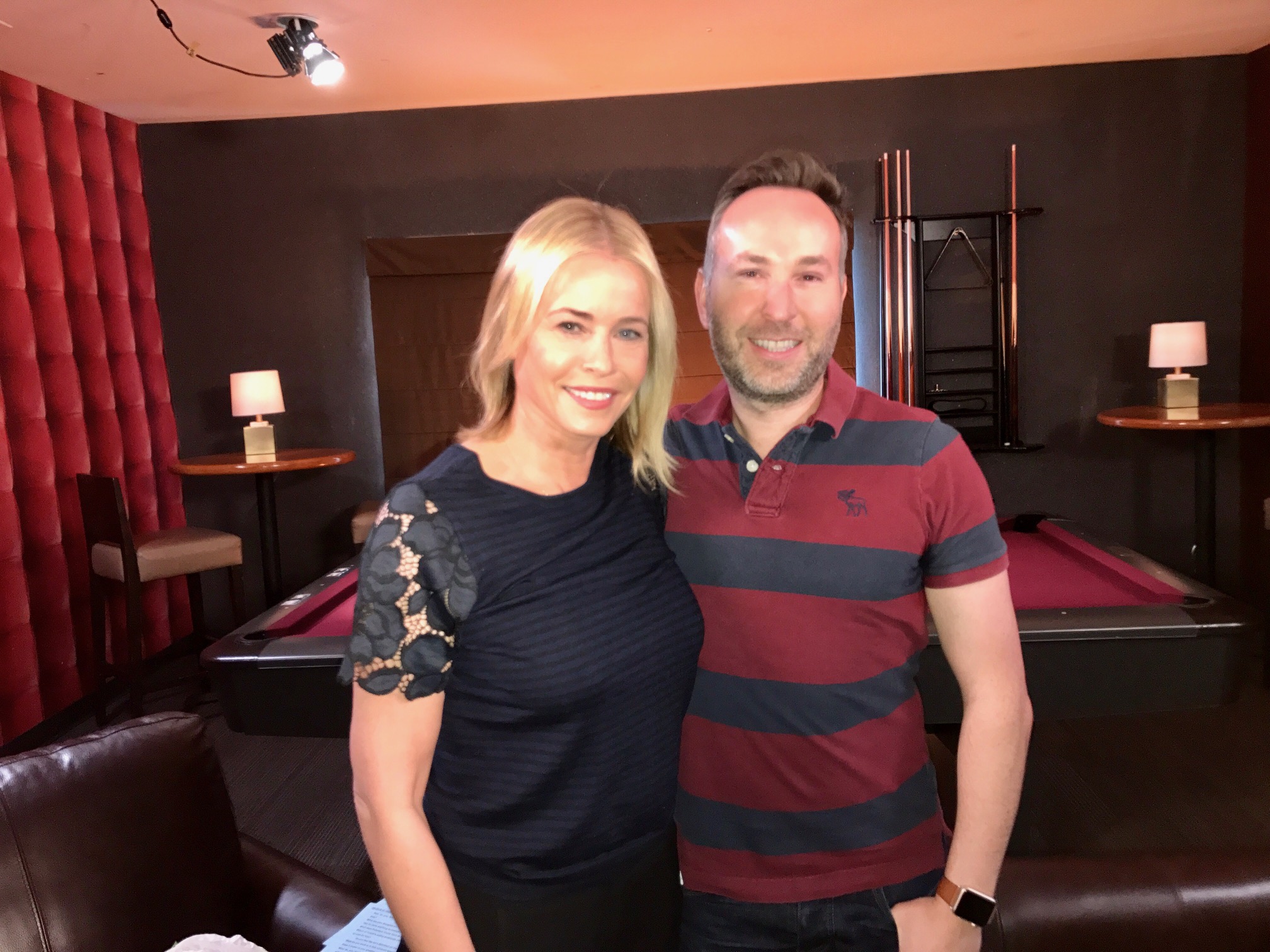 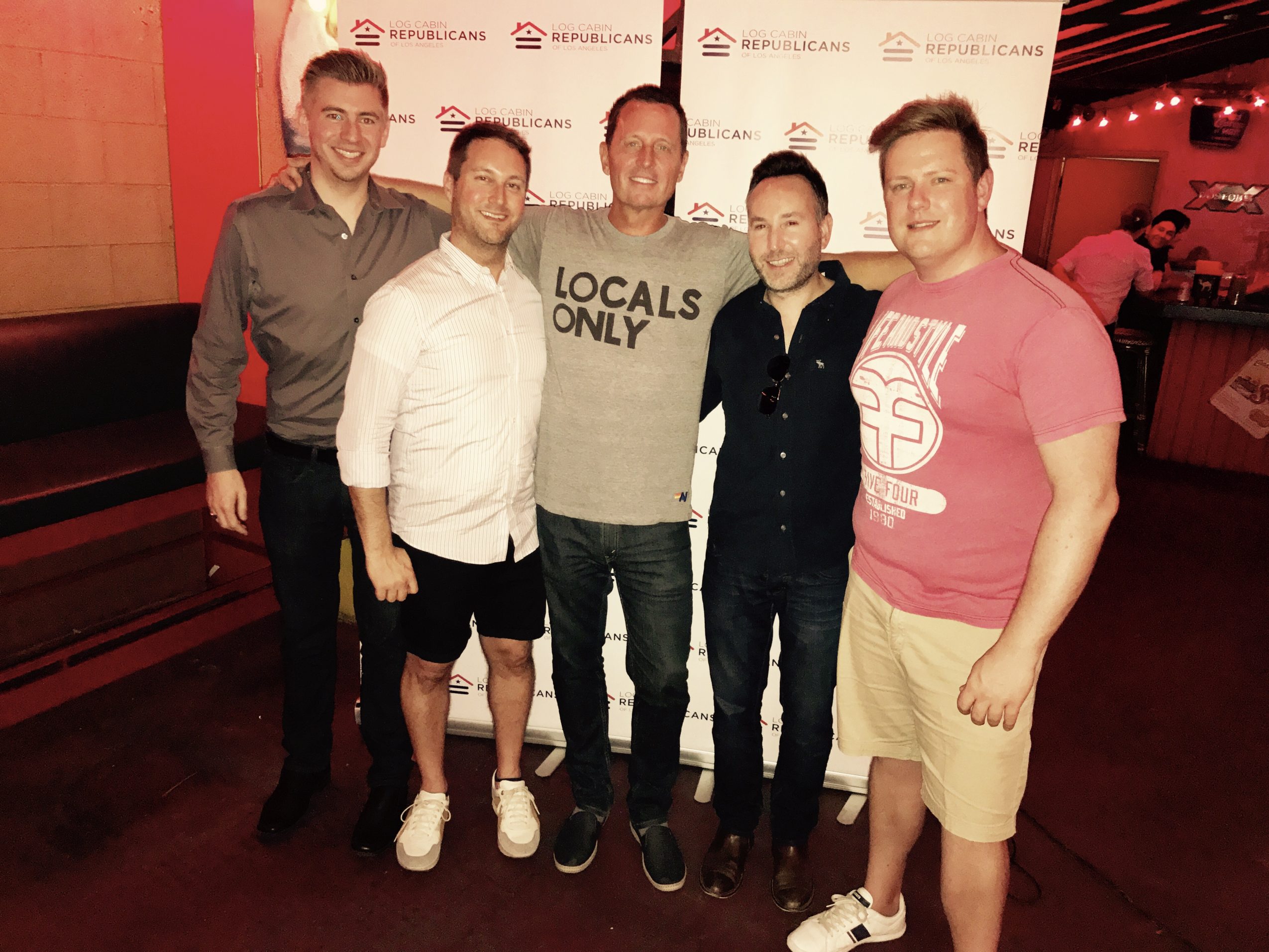 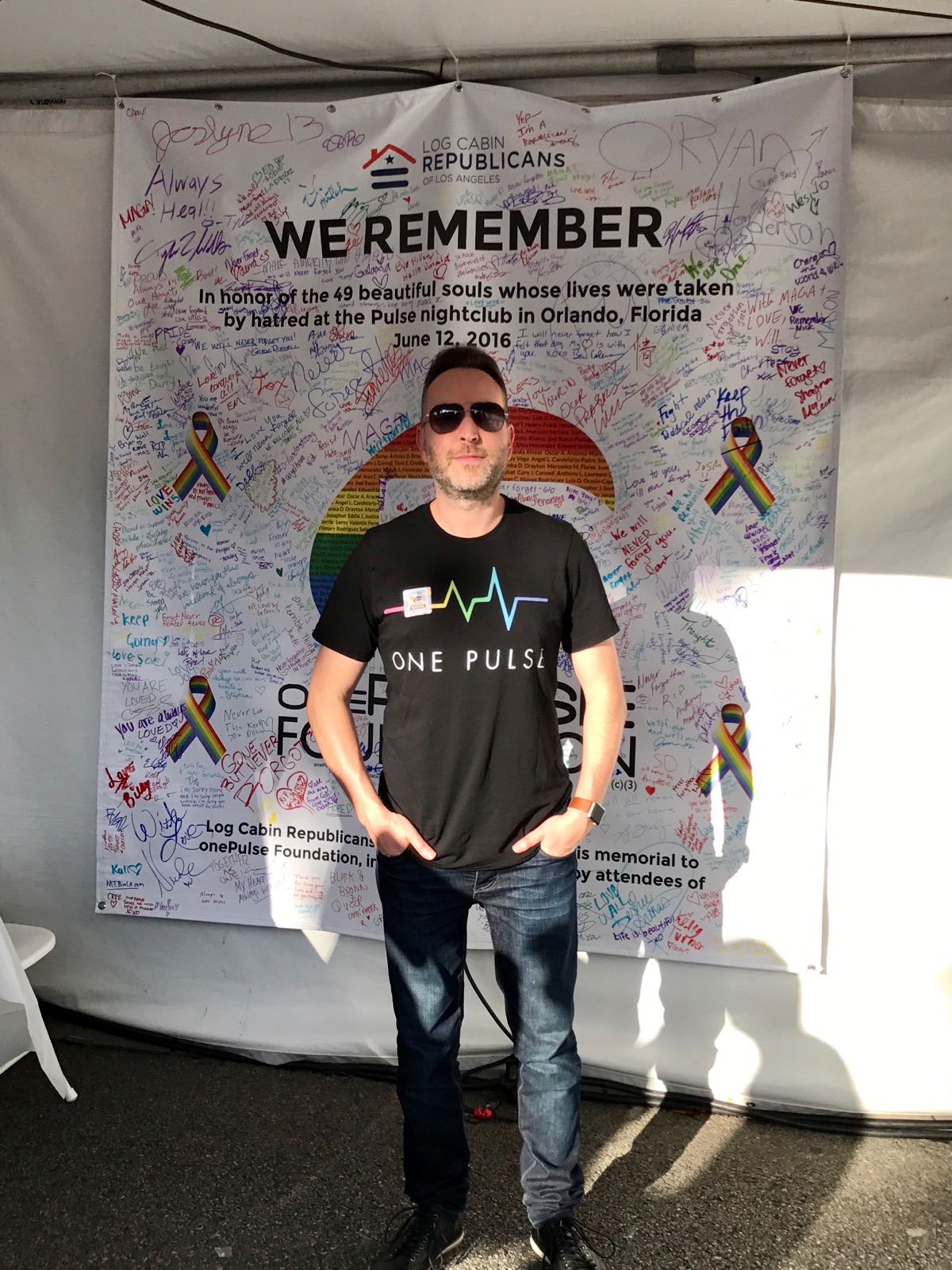 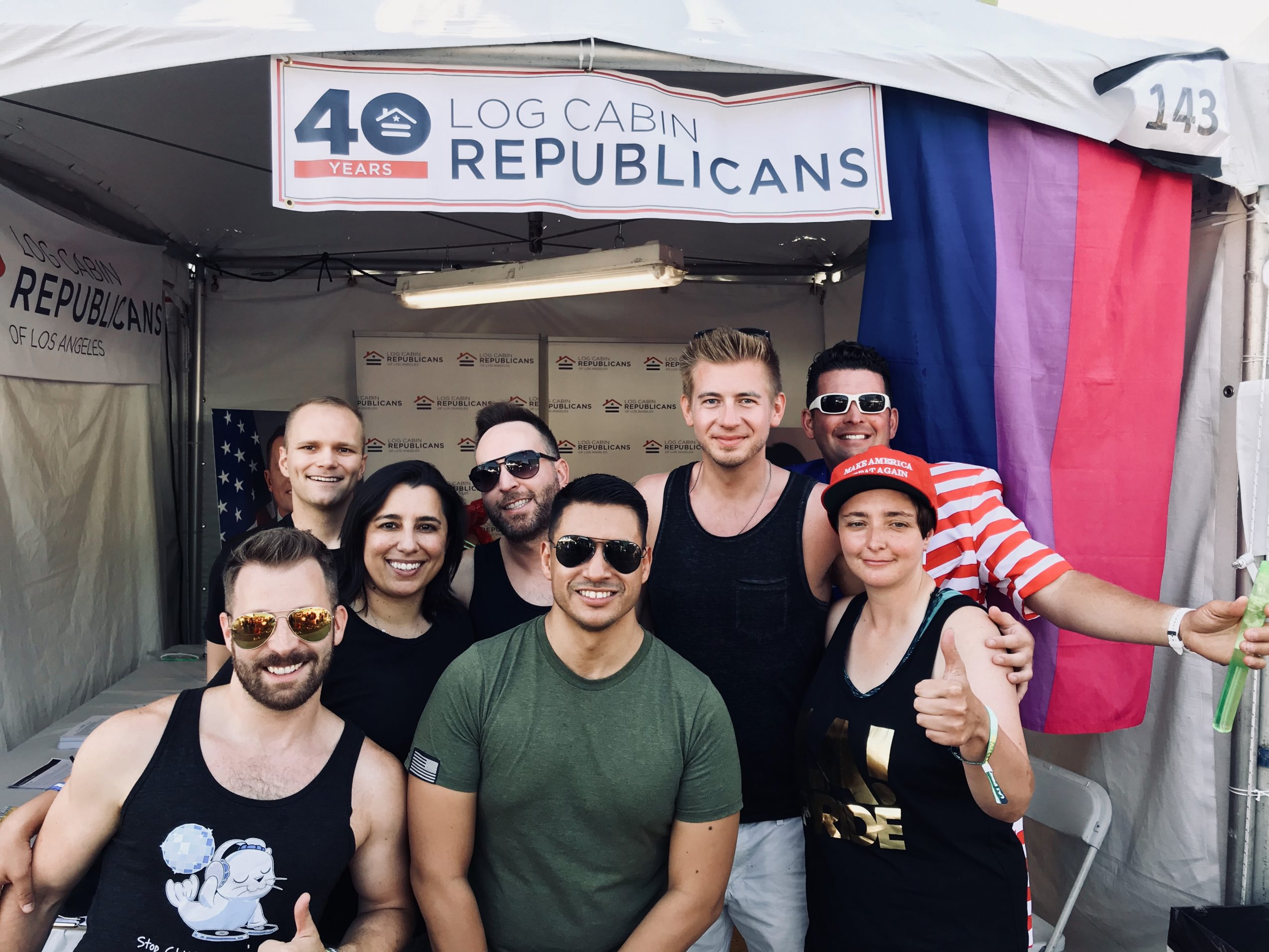 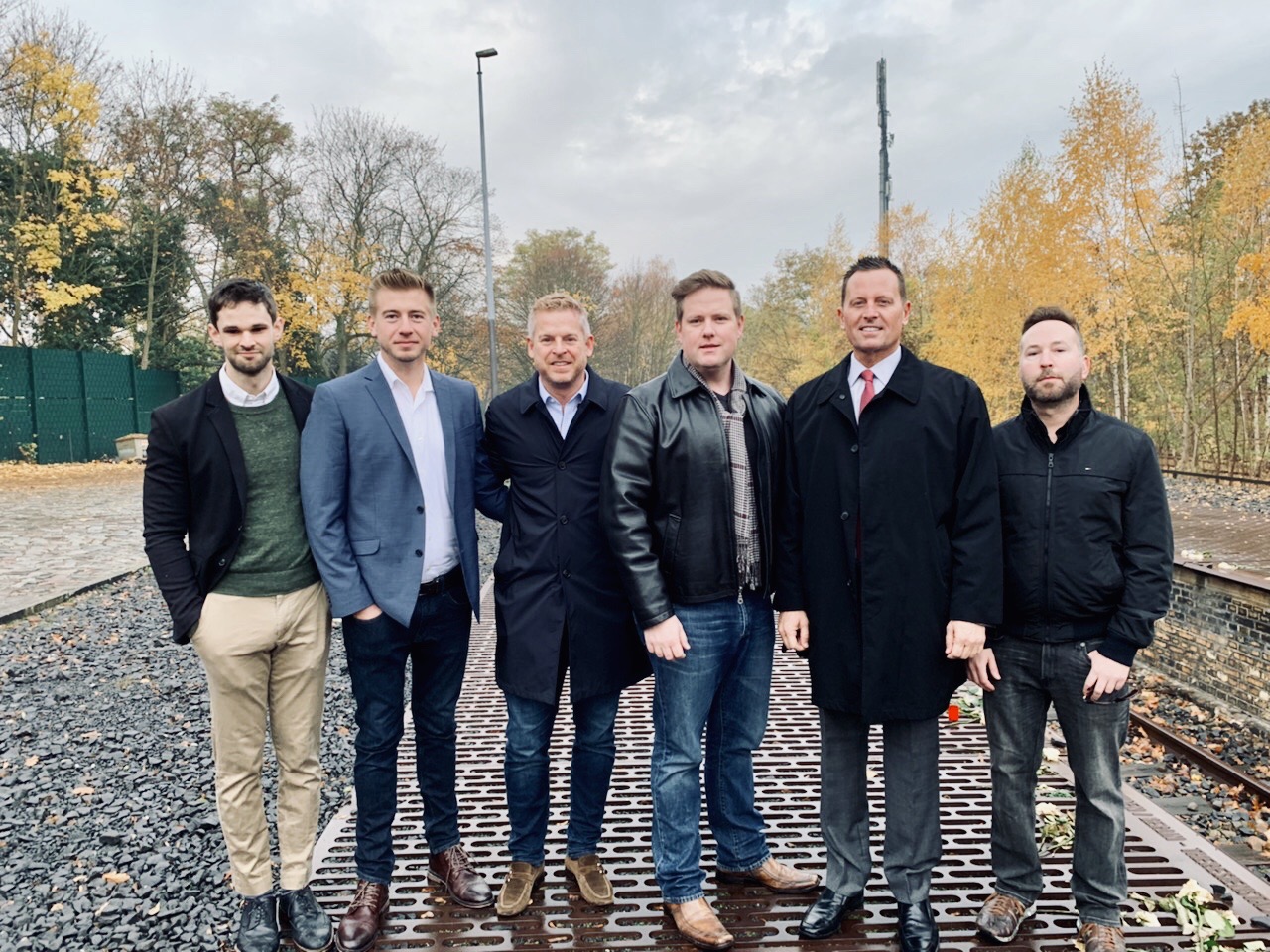