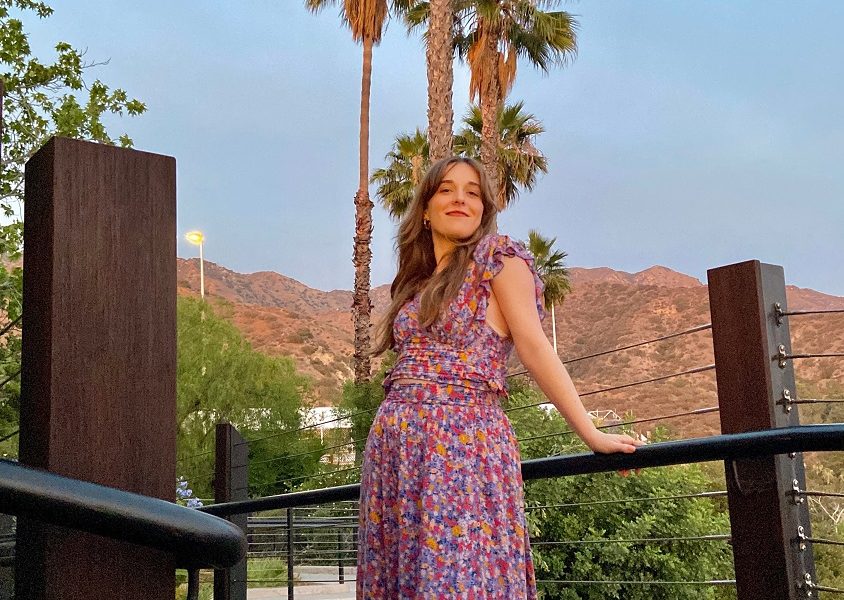 Today we’d like to introduce you to Mackenzie Coffman.

Hi Mackenzie, it’s an honor to have you on the platform. Thanks for taking the time to share your story with us – to start maybe you can share some of your backstory with our readers?
If you would’ve gone up to five years old me and told me that I would be an actress one day….first of all, my face would turn red from embarrassment, and then I’d run away crying.

It wasn’t until I was a teenager (and deeply struggling with self-esteem issues) that I discovered acting. I started going to an Improv class outside of school for fun. I thought if anything, I would learn how to step out of my comfort zone and make new friends. After one class, I felt like I had found buried treasure. I mean, what better way to get over your shyness than to crawl around on a stage with strangers as different types of animals? For the first time, I didn’t take myself too seriously. It was liberating, and I wanted to hold onto that feeling forever.

I started taking acting classes and auditioning in the local (Arizona) film community. And I worked! Looking back, I definitely had NO idea what I was doing…I just read my silly little lines and hoped at least one person would believe me. But I had to start somewhere! I was learning as I went, working background in student films, acting in indie films that never saw the light of day, and getting paid for my work in pieces of pizza for lunch. But at least I was acting?

When it came time to decide on colleges, all I could think about was California. Even as the rejection letters came in (boy did they come in), I knew I would still find a way to be out in Los Angeles. I got accepted to AMDA (The American Musical and Dramatic Academy) and I walked around like I was the HOTTEST actress on the market because of it. While preparing to make the big move to LA, I booked a feature film in Atlanta. I pumped the brakes on school, shot the film, and six months later was ready to enroll in AMDA again. While in the middle of packing the car for LA, I got a call that I booked another feature film, this time in Arizona. At the time, I didn’t know if this was some sort of sign from the universe or if I was just really good at procrastinating school. I called an admissions counselor, who I’m positive was destined to answer my phone call that day and explained why I had to postpone my enrollment again. I’m forever grateful for how honest she was with me. She carefully said, “I just want you to understand something….people come to this school with the hope that when they graduate, they will become working actors…you’re kind of already…a working actor? I think you should just keep working. You can always go back to school if you want to. But right now, I really don’t think you need us. Ride this wave.” That was the last thing I was expecting to hear. I just remember saying “okay…….thank you. Can you tell that to my parents?”

To get a gist of what LA was like, my mom graciously offered to move with me to Burbank for a month for pilot season. We called it a soft move-in. We rented an Airbnb and tried to follow my admissions counselor’s advice of “riding the wave.” I went on auditions, studied at casting director workshops, got new headshots, and basically threw everything at the ceiling to see if it stuck. To my absolute dismay, I was not an overnight Hollywood sensation. But one thing did stick: this move was possible. I could do this.

About six months later, I finally made the leap and moved to North Hollywood. I was 19, had never driven on a highway, and only knew two people in Hollywood–my agents. Even though I wasn’t in college, I immediately started picking acting studios I wanted to try out. I instantly found a home at Scott Sedita Acting Studios, Zak Barnett Studios, and The Second City. I applied everywhere for a part-time job and finally got hired to decorate Christmas trees at Bloomingdales. (Side note– none of the part-time jobs I’ve had in Los Angeles sound real. Decorating Christmas trees? Working at The Museum of Ice Cream? Getting cats adopted at a Cat Cafe? All real, I promise).

That first year was a lot of learning about myself and memorizing the city around me. I felt like I was constantly overstimulated by it all, and it wasn’t until this year that I realized it’s become more like home. I worked as many acting jobs as I could, tried to collect SAG vouchers like Willy Wonkas Golden Tickets, and stepped foot in audition rooms that I wasn’t even sure I deserved to be in.

I’ve been out here for five years now, and I can’t really put into words how much I’ve evolved as an actress and a person. The confidence that I faked as a teenager feels real now. I’m able to walk into audition rooms unafraid to take up space.

Alright, so let’s dig a little deeper into the story – has it been an easy path overall and if not, what were the challenges you’ve had to overcome?
I do want to acknowledge that I had the immense privilege of having the support of my parents when I decided to move out here and pursue acting. I say that because I’ve seen peers who did not have that, and I know how much harder it’s made their journeys. I’m beyond grateful for my parents and the mountains they moved for me.

I’ve had a fair share of bumps in the road, but nothing that I couldn’t get through with some help. Something people fail to tell you when you’re moving to a big city is how lonely and isolating it can really be. Making solid friends here has been the one challenge that keeps coming back like a boomerang. I felt like all the actor friends I made were trying to compete with me, and all the non-actor friends I made didn’t get why I was an actor, and I didn’t feel my best on either side. I always have to keep an eye on who I surround myself with and why. It impacts us more than we think!

There have been plenty of projects I’ve worked on that never fully came to fruition. And that’s okay! I had to learn to stop taking everything personally. Sometimes there’s not enough money to make a movie. Sometimes the joke didn’t work so they had to cut that scene. Sometimes that actress knew a guy, who knew a guy, who worked for the director, so now that role has been recast. There were so many moments that felt like a direct blow to my self-esteem that didn’t even have to do with me. I was just too hurt in those moments to recognize it.

As you know, we’re big fans of you and your work. For our readers who might not be as familiar what can you tell them about what you do?
I’m learning that I’m a Saoirse Ronan/Jenna Fischer-type actress. One half of the internet is convinced I will work strictly in period pieces, while the other half is convinced I was born to play Pam Beesly on a reboot of The Office. Time will tell?

During the pandemic, I reenacted some of my favorite Pam Beesly scenes from The Office and compiled them together as one video. No one will believe me when I say this, but I didn’t think anything would come from it. I was bored out of my mind and wanted to pretend I was Pam Beesly for 5 minutes. I posted the video on Twitter and tagged Jenna Fischer, the OG Pam Beesly. Not even two hours later, Jenna replied to it, SHOUTED ME OUT TO NBC, and said that she found the “new Pam.” Which is the origin story for why the internet now thinks NBC should throw me a contract for a reboot.

It’s become clear over recent years that I have a weird talent of going viral. It started with Taylor Swift tweeting one of my Youtube videos, then my cat went viral for being in love with my neighbor, then the Jenna Fischer shoutout, and most recently Brie Larson liked a video I posted of me reenacting one of her scenes from Short Term 12. When it comes to people like Taylor, Jenna, and Brie, I just wanted to launch myself into their world. These are women I admire and take extensive notes from. I just wanted to say “hey, I made this!” but the validation I got from each of them makes me feel like the luckiest girl in the world. I feel like my best work happens when I least expect it.

I’m proud of the way I tap into my vulnerability in my acting–it is my superpower. It’s the one thing I hold closely throughout all of my projects. Everything I might be scared to say as me, Mackenzie, I’m not afraid to say in a scene as someone else. There have been dozens of times when I’ve worked through a Mackenzie struggle through the lens of the character I’m playing. It sounds insane, but it’s incredibly therapeutic.

Do you any memories from childhood that you can share with us?
One of my favorite childhood memories is when my dad took me to a Hannah Montana concert. I was nine years old, and I remember the original plan was that my mom would take me to the concert. I was dressed for the occasion — Bermuda shorts, my Hannah Montana t-shirt, hot pink converse, and a blonde wig that I would take off as soon as “Hannah” turned back into Miley. Leading up to the concert, my mom had a work conflict and it was decided that my dad would have to take me to the concert. I remember being a little bit bummed because the concert was pitched as a “girl’s night” type of vibe. I didn’t know how my dad would handle a teeny-bopper concert such as this one.

Nevertheless, nothing would derail me from seeing my queen, Miley/Hannah. I will never ever forget the look on my dad’s face when the lights in the arena blackened, and all 15,000 teen girls started screaming of excitement. He jumped as if someone had lit a rocket under his seat. We had a blast. I was dancing and screaming throughout every song while my dad just stood beside me smiling and occasionally giving a thumbs up. We still talk about that concert to this day, and I’m willing to bet it’s one of his favorite shows he’s ever been to. 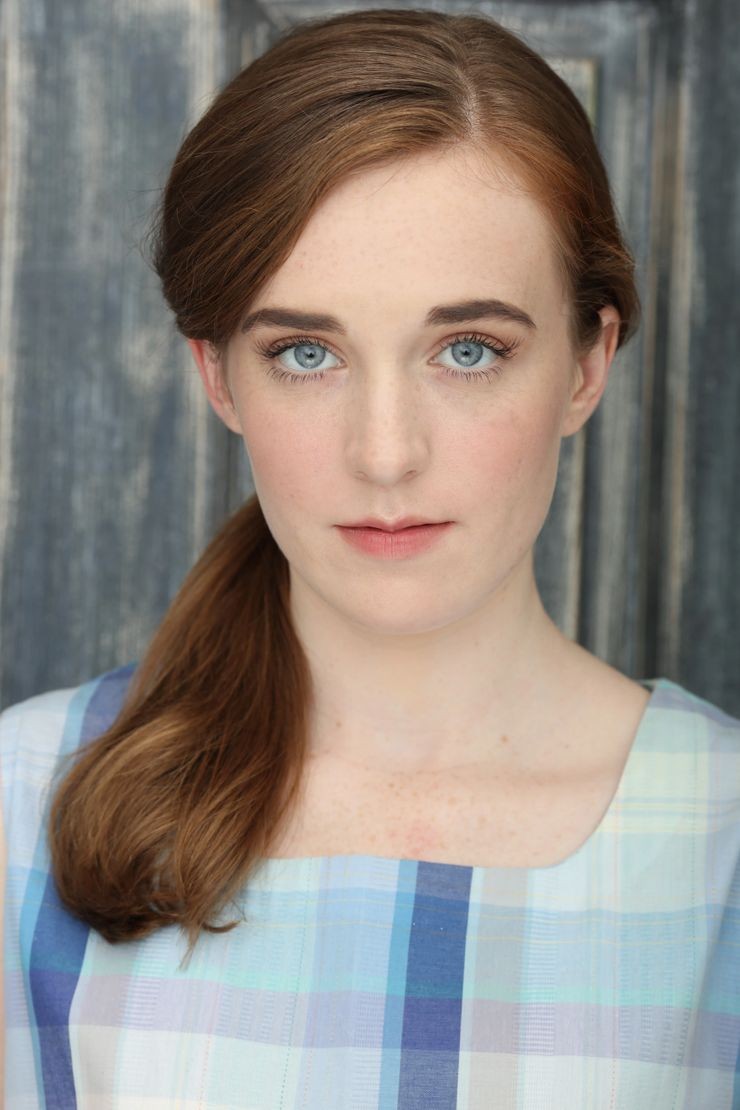 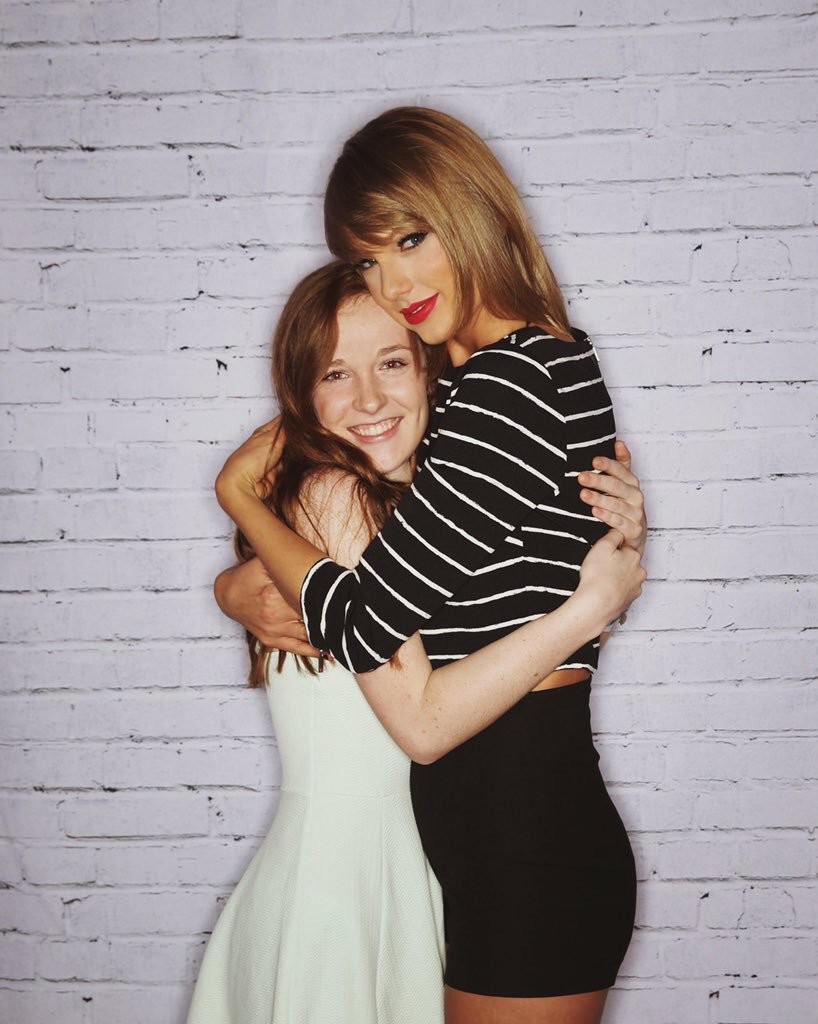 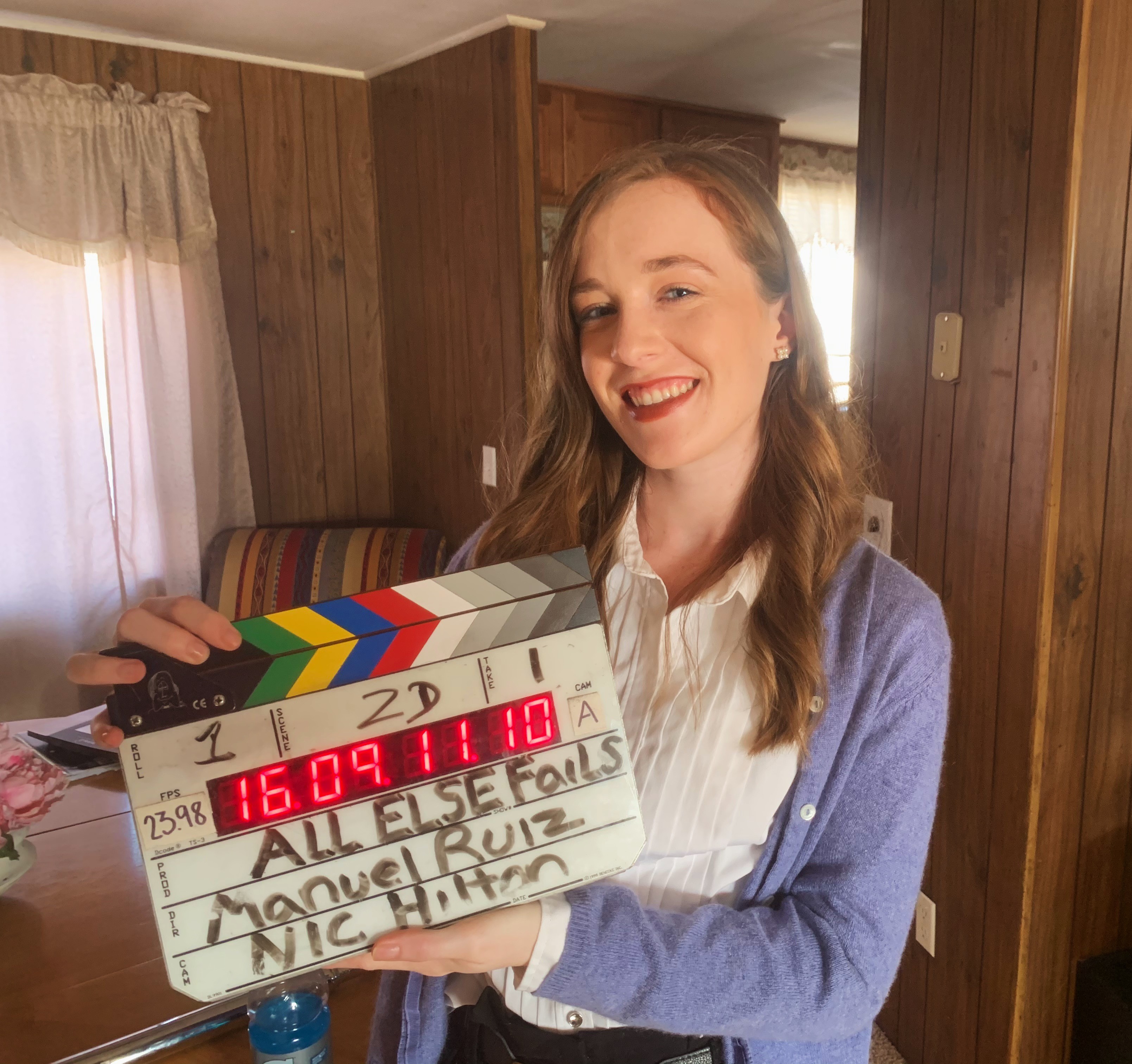 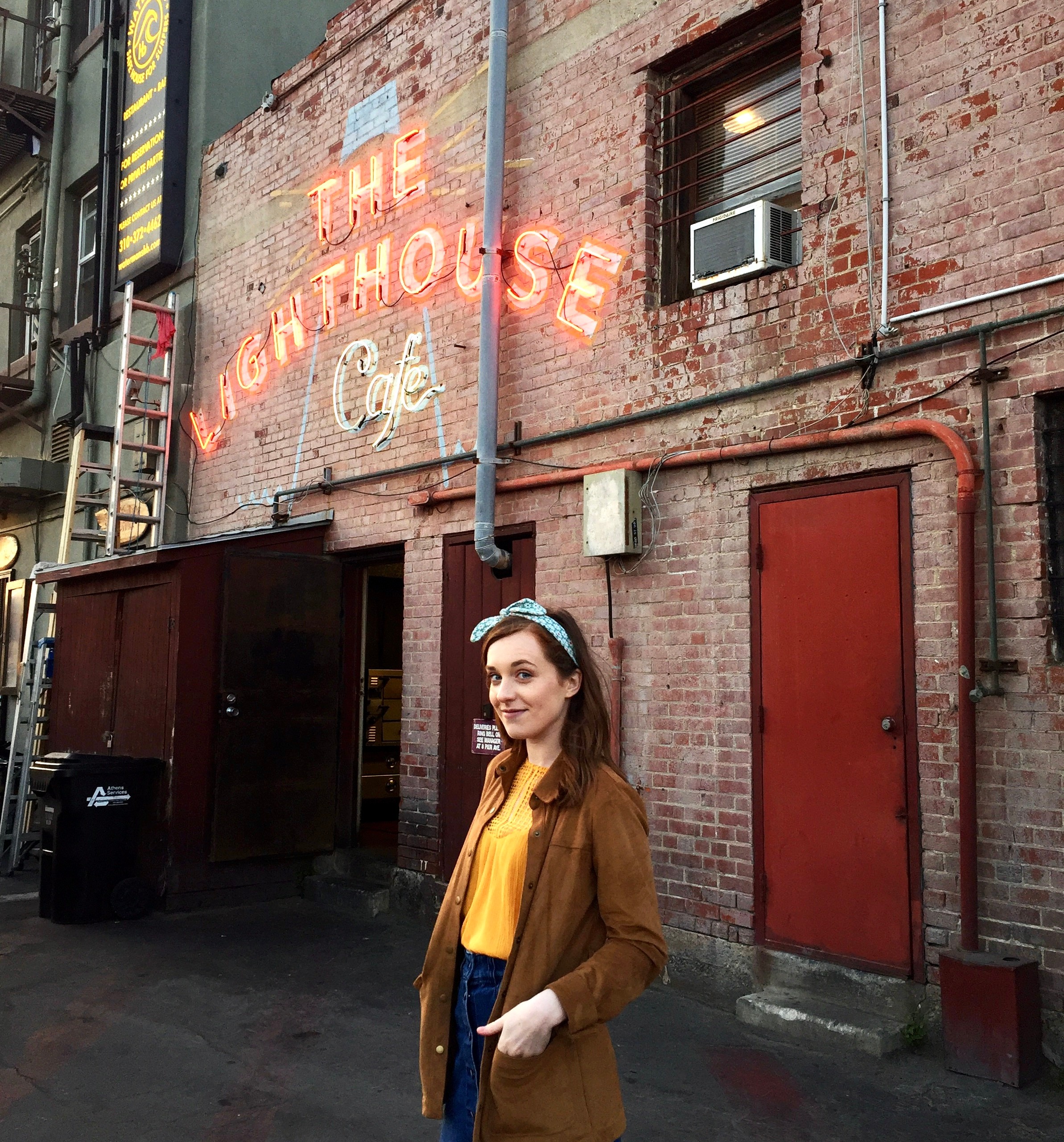