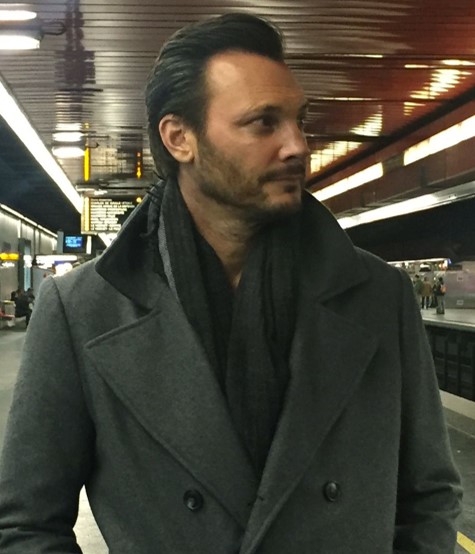 Today we’d like to introduce you to Mark Gantt.

Mark, please share your story with us. How did you get to where you are today?
I’m what you might call a late bloomer when it comes to my creativity. As a kid, when I was around seven or eight years old, a girl down the street and I created a neighborhood newspaper that we made using colored markers. We had a sports section, local news and a lifestyle page. We spent hours every day after school drawing pictures and writing stories. It’s one of my fondest memories of that time period. I loved the ability to take a blank page and make it come to life. Then sports came along and my desire to fit in with the cool kids won out and my art was left behind.

It wouldn’t be until fifteen years later that I picked up a paintbrush and a camera. When I moved to Los Angeles in 1992 to work on movies, I met a Texan named James Brown. He was always creating and learning. He read books, knew all the best movies, painted (his walls adorned with his work), acted and loved to make people laugh. He encouraged me to read, lending me Bukowski’s Women and Kerouac’s On The Road. One day I mentioned that I wanted to learn how to paint. He said; “Gantt there’s nothing to learn. Just have fun…” He set up a canvas in a section of his wall, put a whole bunch of paints and brushes on a little table and told me to go play. That was just the beginning, and soon after I bought a camera and started shooting things that moved me.

I’ve worked hard over the last ten years to expand my creativity, which now includes graphic design, acting, writing and directing. I love telling stories with images and sharing my passion with the world. I appreciate the raw reality of everyday life, the fleeting beauty of those in-between moments, and I do my very best to take every picture with that in mind. I want my viewers to relate to my photographs through recognition of and familiarity with the situations, the emotions, and the energy so much that they wonder if they are looking at a picture of someone they know.

Has it been a smooth road?
I think with all of life, I think the definition of success or failure can be determined by our own expectations and interpretations of said success. At times I think I would have wanted it to be smoother and ‘faster’ but most of the time I think I am who I am as an artist because of the journey. I think all artists struggle at some point or another wondering if people are moved and interested in our work. You put yourself out there and at times it feels like it’s pointless and all of a sudden you’ll get a note, a text or a comment that reiterates your reason for doing what you do, someone is touch, moved and inspired but what you do. The moments in between you have to hunker down to your own vision and not give up, focussing instead on creating and listening to your heart.

What were you like growing up?
I was the oldest of three and I took on the mantle of the one to teach and guide, I used to run mock soccer practices with my brother and neighbor kids as well as started a neighborhood newspaper with a girl down the street. We used to cut out photos from magazines and glue them to butcher paper and write headlines underneath each one and a few paragraphs about the story. I loved watching TV, it was a great escape for me, I could get lost in another world.

Do you look back particularly fondly on any memories from childhood?
In the summer, we’d go to Lake Shasta with another family and stay in these great cabins right on the water. We would spend two weeks, skiing, swimming, fishing, exploring and playing video games at the lodge while our parents would eat dinner and play games. It was such an incredible time.

So, what should we be on the lookout for, what’s next in store for you?
I’ve been building a production company with my wife Brianne Davis, she’s also an actor/director and we’re working on several projects in TV and film. We have already produced three projects together and yes, we’re trying to produce a little one of our own in the near future as well. That will be a BIG change!