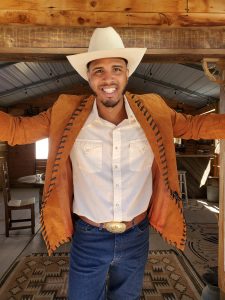 Today we’d like to introduce you to Llewellyn C. Radford II.

Thanks for sharing your story with us Llewellyn. So, let’s start at the beginning and we can move on from there.
It all started when I was born in Bartow, FL at 11:44 pm on April 30, 1984 to Alexis C. Carter and Llewellyn C. Radford Sr. We moved to Hampton, VA and eventually settled in Newport News, VA where I’d say I grew up. Newport News isn’t a place for the fainthearted. I always say I’m a product of my environment but I’m a product of my household.

I’m thankful for the mother God gave me. I don’t know where I’d be without her. I am the oldest of seven children. Being a big brother is the first thing that taught me leadership and speaking in front of people, as well as putting on productions. We would do presentations for my mother on Mother’s Days and birthdays. I love my siblings. Growing up, we didn’t always have much but we made it work. My father wasn’t in my house but he was always a part of our lives. I didn’t know I’d be an actor as a child but I always enjoyed the attention. I did however plan to be a doctor then an electrical engineer.

In elementary school, I thought I’d be a gastroenterologist. Then I entered a magnet program for middle school and that changed everything. I was a part of the Engineering, Math, and Technology program. By the 11th grade, I was planning to be an engineer. My mother and father both went to Hampton University and I did too, but even before I was there officially I was in a program entitled Prism as a rising senior in high school. I took college courses at Hampton in preparation for my future as an engineer but I later found that I had a different purpose.

When I got to college, I was extremely bored in my engineering courses but still had no clue that I would act, write, inspire, or anything of the sort. I was just a regular guy from the hood. Nevertheless, my friend and big sister invited me to be in a fashion show. I was reluctant at first but eventually modeling became a passion. I went on to do lots of fashion shows and photo shoots. I was even in magazines and catalogs. I just knew I was America’s Next Top Model. During that time, I would say that I’d probably fall into acting but I didn’t know for sure. I didn’t know anyone who was acting and I didn’t have any family or close friends who had made it in the entertainment business. It was when my mother saw a casting for the movie The Box in the newspaper that you can say acting became real. I was cast as Special Ops Number 9 and I worked for a week. It felt so good taking my excuse to school for my week-long absence. I was in a movie! That’s when I knew I had to do it NOW!

The summer of 2008, I went to visit a friend in Chicago for the Taste of Chicago, however I never made it to The Taste. I found everything I could about acting. I ended up auditioning for a studio that had a six month program for modeling and acting. At the end of the program, you would participate in a showcase in Los Angeles and I had already made up my mind that I wanted to live in LA so it was perfect. The only problem was it cost $5,000 and me nor my momma had that at the time and my father passed away two years prior. Nevertheless, I moved forward knowing that my faith was bigger than any obstacle. I auditioned and they had me come in the next day for a callback. That was the first time I did a cold read. I did really well, they loved me, and I found a new love! I found something that I was extremely passionate about. I didn’t know how I would pay for the program but God made a way. I literally started working at a hospital the day after my call back. My friend’s mom hired us to clean at a hospital in Olympia Fields, outside of Chicago. I was working and paying for the class as well as working to be an actor. I knew I fell in love with acting because I was working for it. I cleaned in surgery rooms just to learn the craft of acting. Unfortunately, the company I was working for lost the contract at the hospital and I was no longer able to work there. I couldn’t pay for the classes anymore but they let me finish and attempt to find a way to pay so I could make it to the showcase. That studio was good to me, REM Studios, where I first learned about acting. I was unable to get the remaining balance and I was crushed. I went back to Virginia and I was there for another year before coming to LA.

One of my friends from college was hired to be a young singer’s DJ and he asked our group of friends to come meet him in LA. I was on the first thing smoking and never came home. I came to LA with $500 and duffel bag. I didn’t know what was going to happen but I knew I had enough money to go home if necessary. I stayed with a few friends before getting my first apartment with my granny’s help. At that point, I worked and took acting classes. I experienced many pitfalls and setbacks on my journey but I continued to move forward with God on my side. I would write poems to inspire myself when going through tough times. Those poems became my book, Dream On Dreamers: A Book of Inspiration. But before the book, I was doing background work on television and film. I worked on every major television network, I was on every set I could get on, learning everything I could. As I learned more and gained experience, the roles and opportunities got bigger. I also got involved with sketches on social media and was fortunate enough to work with some of the biggest names on that level. I knew that wasn’t my limit though, I came here for more! I was auditioning for short films and smaller budget projects then I booked an Under Armour commercial. They flew me out to San Francisco for a week. I knew I was doing something right. I continued to work on my craft and even create my own, knowing that I can’t just sit and wait for opportunity. I have realized that out of momentum comes more opportunity so I just keep moving and trusting God. The work and determination never stops. I booked a short film with Ritz Carlton and Hearst entitled Deuce where I was the lead that is still running at Marriott Hotels worldwide.

Almost 11 years later and near 12 years into an acting career, I am an actor, published author, writer, entertainer, and inspirer. I believe God has blessed me with gifts and talents to share with the world, and I am doing just that. I currently have a live series on Instagram where I talk with greats and beasts or those working to be greats and beasts about journey, success, failure, and everything in between. The name of the show is Goats and Lions. I am working on a second book and a second film that I co-wrote, directed, and starred in. Before it’s all said and done, I want to be sure I gave everything in me to my purpose. I have a son now and that’s even more motivation than I had before. I set out to just accomplish dreams, now I’m looking to change the world through my dreams. I’ll always say Dream On Dreamers because dreaming is infinite. We just keep going, growing, and doing! With God, nothing is impossible! Dream On Dreamers!

Has it been a smooth road?
It has not been smooth but smooth doesn’t build character. I have been disappointed, let down, rejected, and more but I’m a better me because of it all. I’m in a business of rejection and I come from a mother who holds no punches as well as my friends and the rest of my family so I have had no choice but to be strong.

However, some of my biggest obstacles and challenges along the way have been watching my father die in my face, not being able to be in an actor’s showcase in 2008, and not being able to be with my son daily. The regular challenges and struggles as an actor and entertainer come with the territory but with faith and resilience I keep going. I have had to sleep on couches and floors, I have had to work all kinds of jobs to make ends meet, and there have been days where I needed to borrow money to eat. I’ve also struggled to create my own productions, not having the financing, or not having the people see it all the way through.

I still hurt the most not having my father and not seeing my son but the strength that God lends me daily helps me push through.

We’d love to hear more about your work and what you are currently focused on. What else should we know?
I am an actor, writer, entertainer, and inspirer but I am an actor first, everything else comes from that. Inspiration drives me, I love when people tell me they are inspired. I feel like I’m doing my job. My crazy faith and positive attitude has set me apart from others and continues to link me with like-minded individuals. I am currently working on a second book, my second film that I co-wrote, directed, and starred in. I am also focused on more film and television productions, inspiring millions, and whatever else God has for me. Check out my website for my latest work and things to come!

How do you think the industry will change over the next decade?
I believe that there will be more opportunities for black and brown people in the entertainment industry. There will continue to be great stories told by and for us! I’m looking forward to being apart of the history that is being written daily. 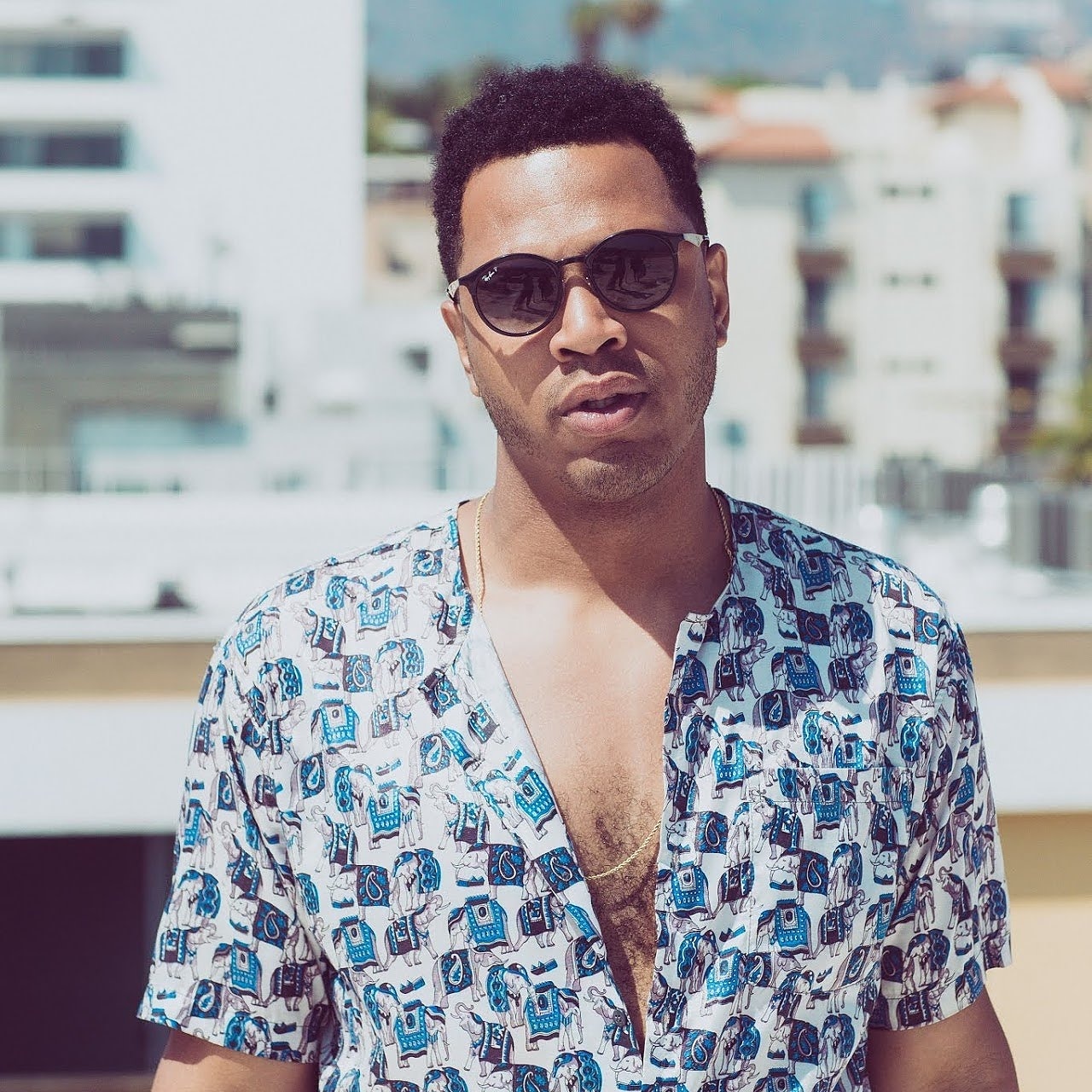 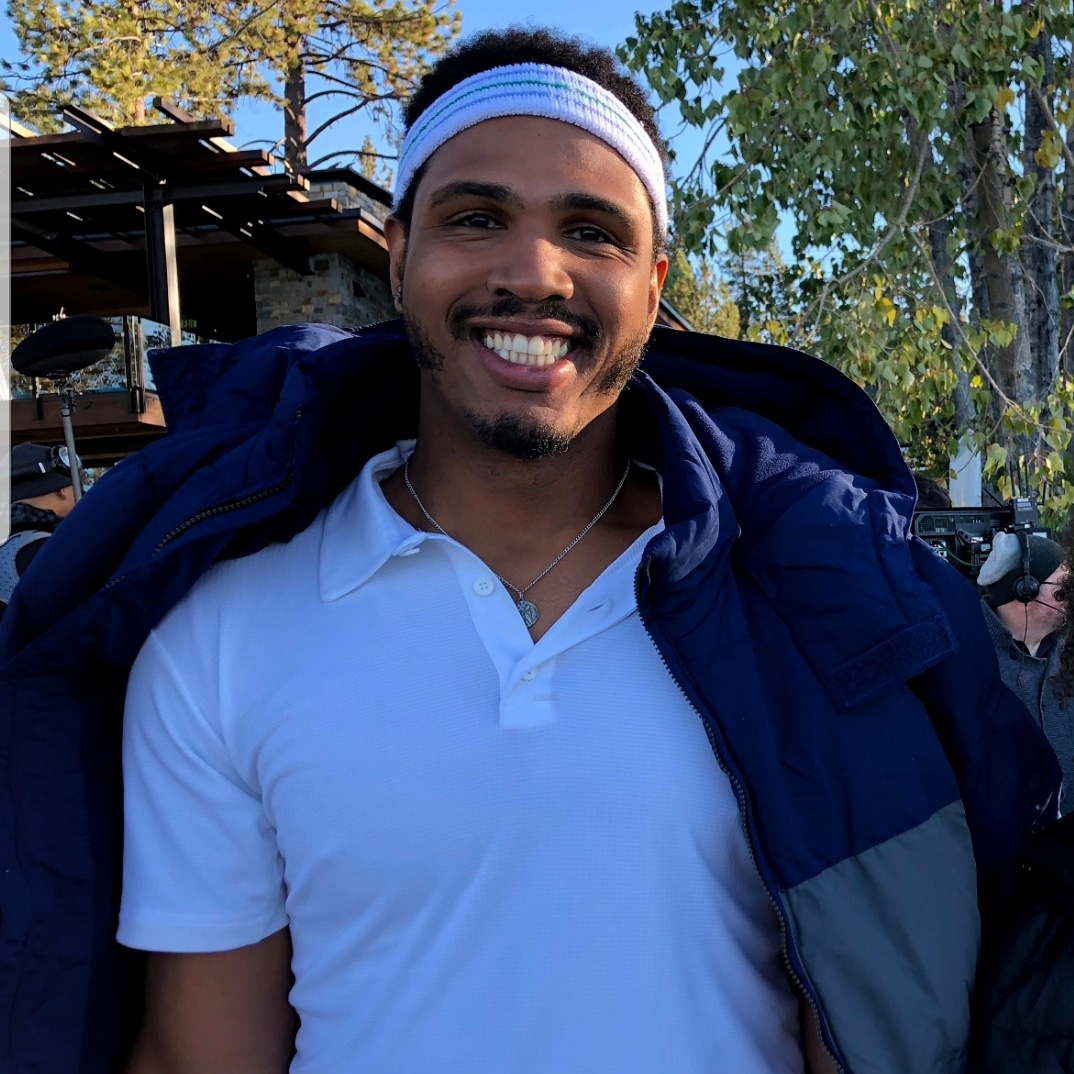 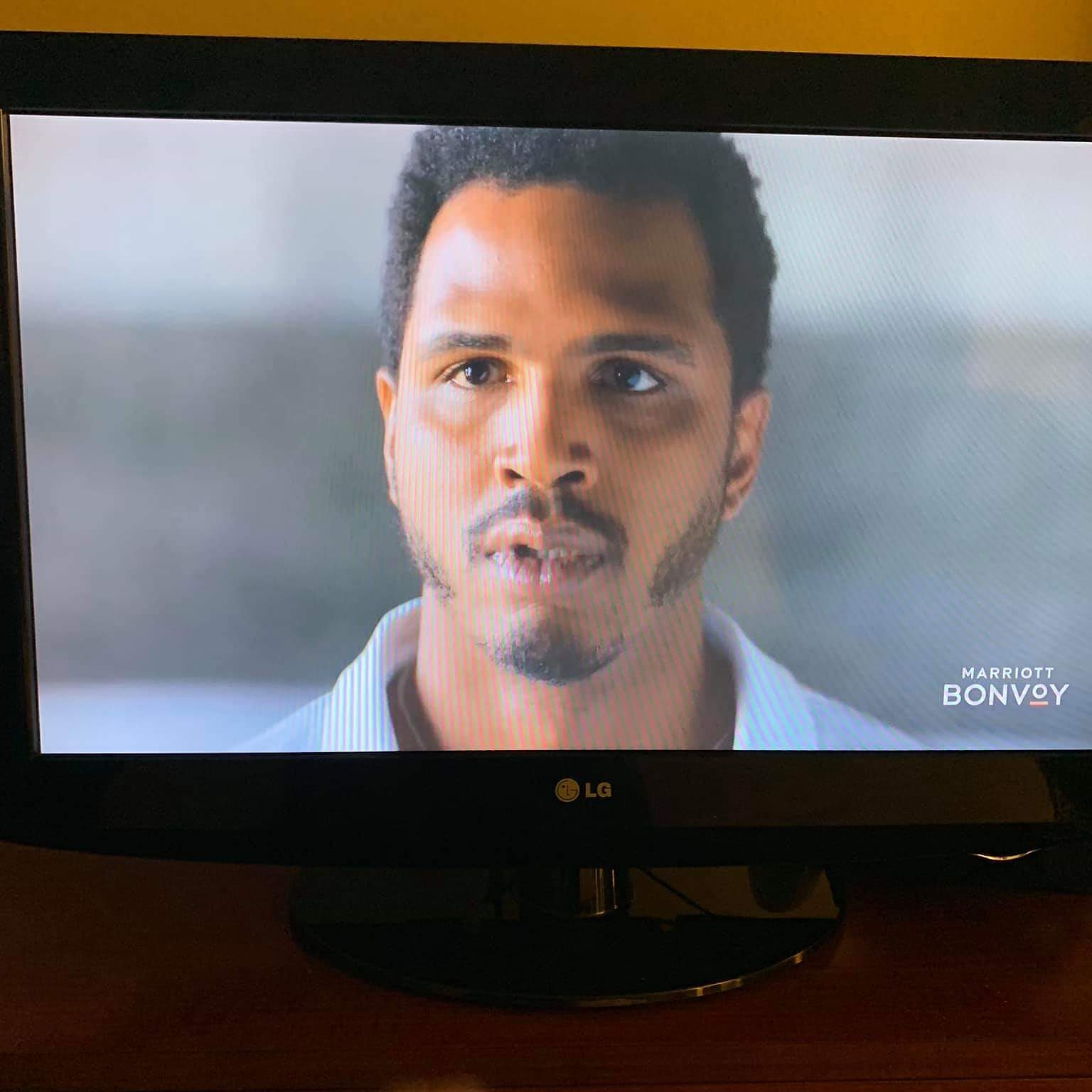 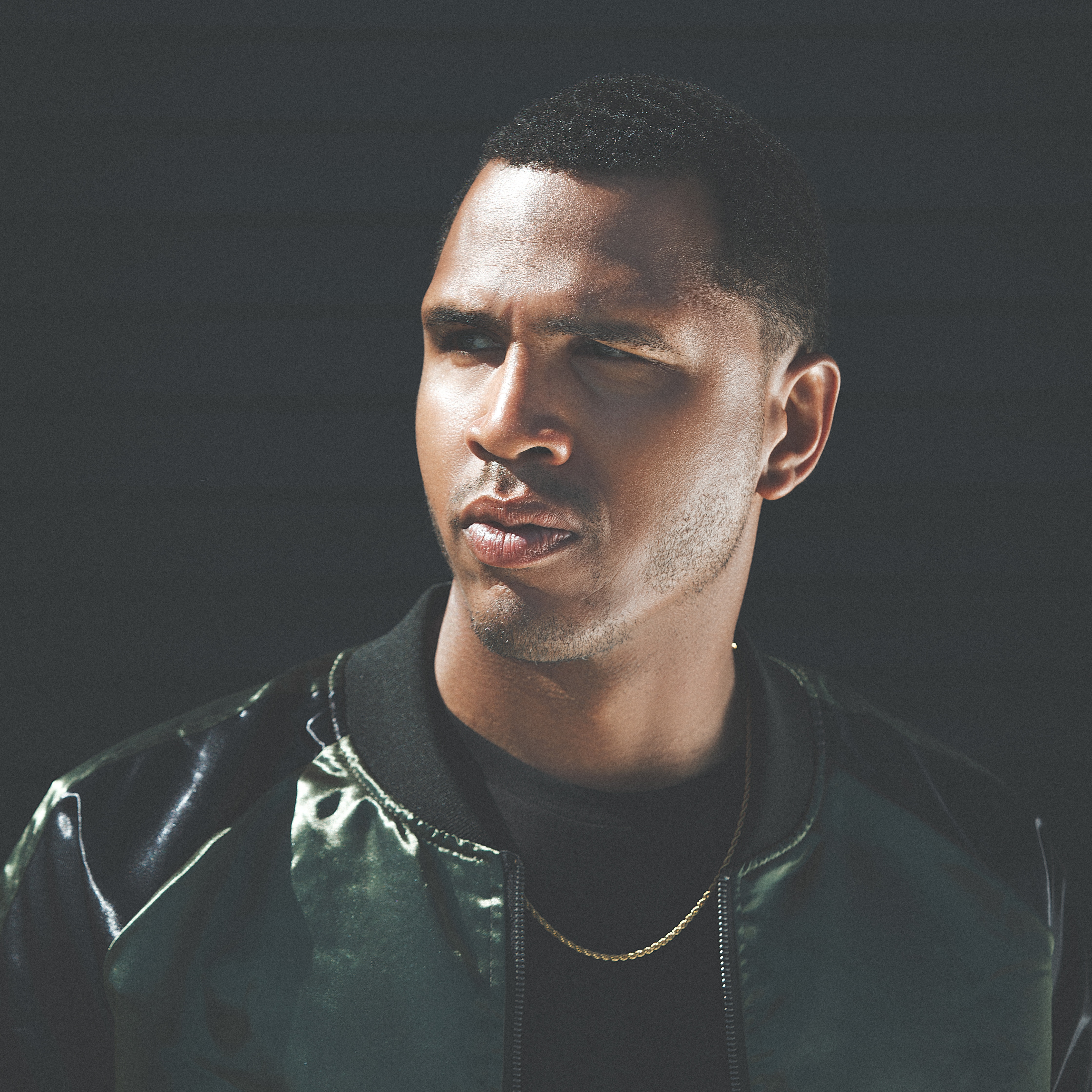 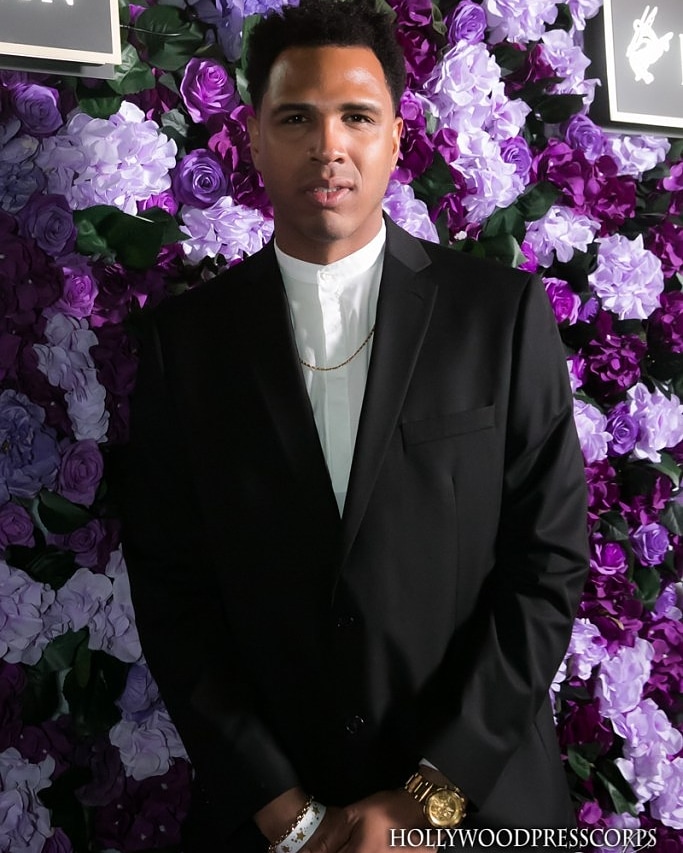 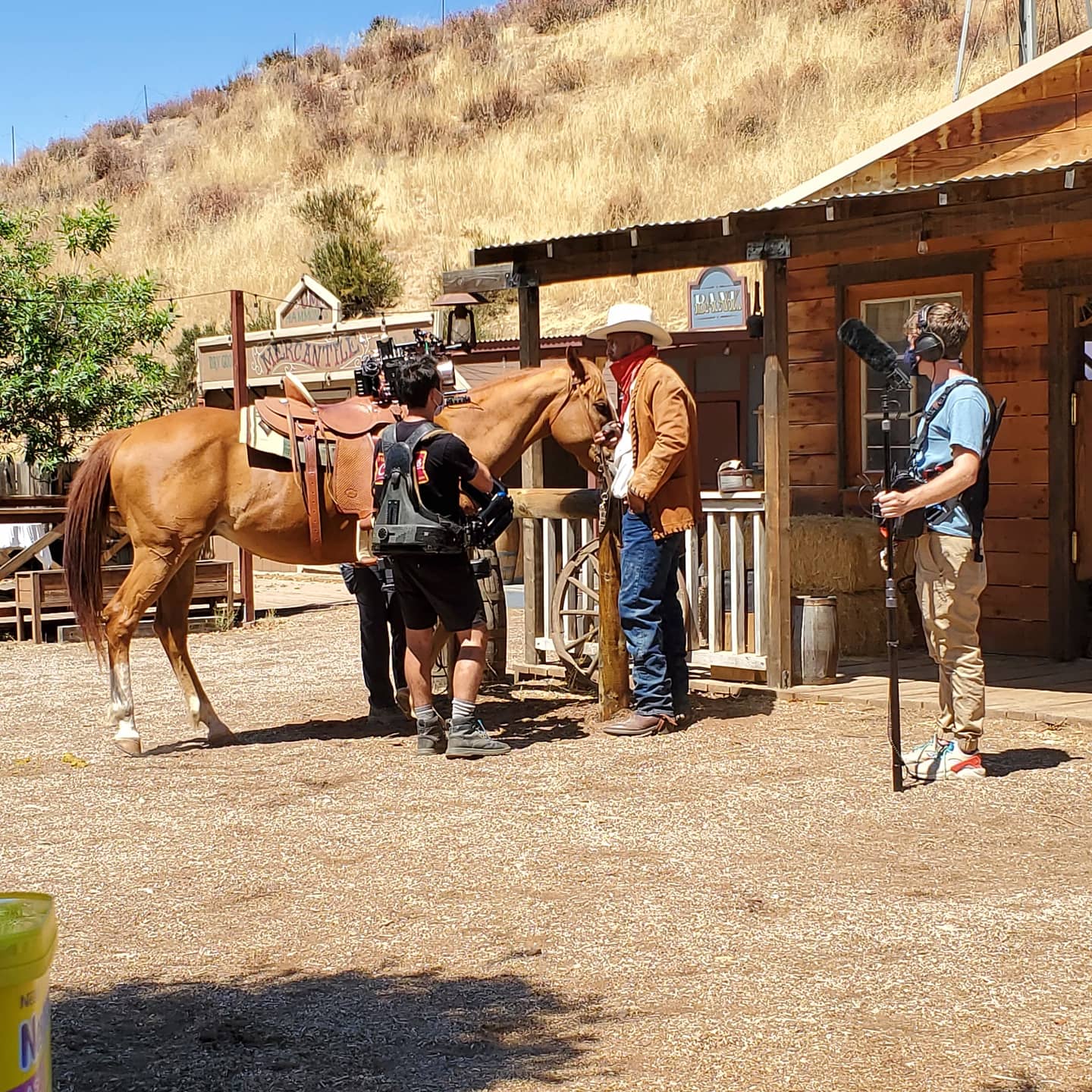