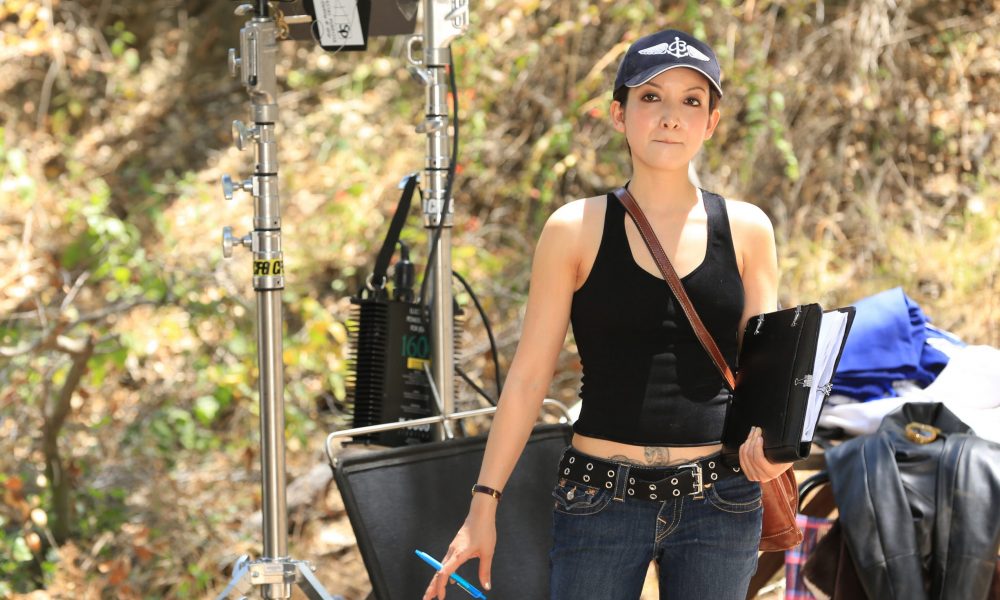 Today we’d like to introduce you to Lina Linh Nga.

9669films started business since January of 2014. Lina, also known as Linh Nga founded her second film company after she graduated from Chapman University with MFA degree. She is a successful artist in 1990 in Vietnam. Vietnamese people know her for many roles she acted in movies and television series, as well as a face model for so many well-known articles. In 2002, she won the award for TV Best Series for the film Xuoi Nguoc Duong Tran (in English: In The Shadow Of Life) at the Vietnamese International Film Festival VIFF. With a desire to create content that entertains and enlightens, 9669 Films has reached beyond its humble beginnings to become a full featured studio capable of handling projects of all sizes.

Great, so let’s dig a little deeper into the story – has it been an easy path overall and if not, what were the challenges you’ve had to overcome?
We think the road to sustainable growth does not always run smooth. Growing a business is harder than starting one. At first, we were so impatient to get the business off the ground we jumped in some really bad relationships with some partners, then bad thing happened and we were the one who had to take it all and clean up after. We were spreading ourselves very thinly, and the number of man hours involved was untenable. However, our first project “What’s the good of being good?” was lucky enough to get done on time. To create a sustainable business growth model, we have to recruit for longevity, and this requires putting a lot of time and effort into finding the ‘right’ talent. We have learned that it is worth searching for the right people, and ensuring structures are in place before growth occurs. Things continued at much the same pace for 9669films until Lina Linh Nga featured on her latest documentary last year and finished her first short action/comedy this year. The film “What’s the good of being good?” will be released this November.

Alright – so let’s talk business. Tell us about 9669films company – what should we know?
Taking its name from the luckiest number of Vietnamese tradition, 9669Films is a film production company based in California, United States. Focusing on high quality genre and niche films, the company founders and leaders, Lina Linh Nga and her brother Linh Duy Nguyen are at the forefront of producing varied and groundbreaking films of the high quality. We oversee the development, financing, and distribution of the company’s slate, and all co-productions activities. As well as producing, Lina Linh Nga has also written and directed the two of 9669filmss’ recent titles, the action/comedy short film What’s the good of being good? and a documentary, which is still in remaining Untitled at this moment. Our 9669films company is inspired by the tradition of American-Vietnamese dreams which celebrates quality genre film and embraces fantasy, horror, action, documentary and science fiction. We understand the industry is changing so fast that MEDIA training initiatives along with our own Screen Training American are a vital way to keep up and stay ahead of these changes. Over the years we’ve certainly seen that funding has become more competitive and we have continued to refine our approach. For example, we now focus a lot more on the distribution and marketing strategies for our films, which of course is a natural progression, given the changes in film distribution overall. For us, the MEDIA Programme is a vital support for our company. It has enabled us to allocate more time and resources to project development and now that we’ve received good funding we can continue to do so. The next few years are a very exciting time for 9669Films! We are very proud of our strike rate of turning self-developed projects into completed films.

Is there a characteristic or quality that you feel is essential to success?
We believe having a high focus has very been important. Doing one thing and doing it well is the big lesson we’ve learned. There is a lot of talent across the U.S and a lot of great films being made. So how does a company based on the periphery of American-Vietnamese make a home for itself? We decided we needed to focus on content that would set us apart and that we must do well. We are huge fans of genre films so it was an obvious area that we could bring both passion and expertise to.