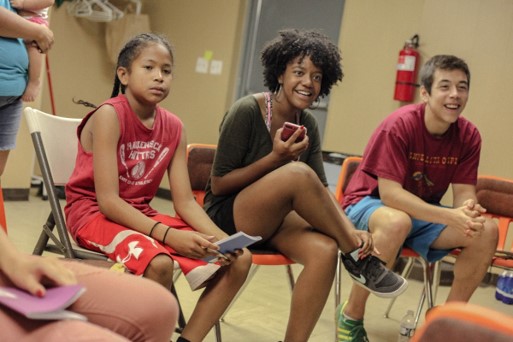 LaTerrian, can you briefly walk us through your story – how you started and how you got to where you are today.
In 2015, while studying Film and Television Production at The University of Southern California, I came across a presentation on Pine Ridge Indian Reservation in South Dakota. The presentation, while well-meaning, depicted the community as sad, desperate, poverty-stricken alcoholics. The presenter showed several photos of underfed and poorly dressed children and passed out drunk adults. It was tragic – but not in the way one would think. I found it appalling that a person who wasn’t a member of the community went to the reservation and broadcast the worst circumstances they could find.

As a woman of color, I asked myself, how would I feel if someone came to my community and amplified our struggles without highlighting our strengths. With that feeling, Outlast Film Camp was born. I reached out to a few women who were in the film program with me and asked if they were interested in leading a film workshop on the reservation in South Dakota. I figured that there was clearly a story that needed to be told, and those who live there were the best ones to tell it. I wanted to craft a program that would give young people the technical skills needed to make content that would empower them to reclaim their narratives and tell their own stories. It was a big idea.

At the time, we were all around 21 years old and had never been to South Dakota. In addition, outside of a volunteer opportunity here and there, none of us had ever led a workshop teaching children or organized a summer camp. We ended up using Indiegogo and spent three months crowdfunding. We pushed our campaign all over social media, hounded our friends and family, used Tumblr, sent emails, you name it. We just barely hit our goal of $7,500 needed to be able to fund the camp. The money was used to fund everything we needed to host the camp, from film equipment to food and transportation for the campers.

In July 2015, myself, Nix, Kaitlyn and Emily loaded up an SUV and drove from Los Angeles to South Dakota. We worked with Suanne Big Crow Boys and Girls Club. They provided us with the facilities needed to host the camp and brought in our first round of students. Our first year, we had about 17 kids. Outlast is free of charge for the campers, and we also provide transportation, breakfast, lunch, and snacks. The first year, we only had one vehicle and spent hours in the car doing rounders to make sure all the students who wanted to come to camp could get there with no problems. Pine Ridge is huge, and there’s no major public transportation.

It’s interesting, we had these big grand plans for exactly how camp would go, how we would teach, the outcome, but we quickly learned that we had no idea what we were doing! It was the most exhausting, transformative and challenging experience we’d ever had. But it was also so much fun. We were surrounded by all these young people and had a responsibility to give them fun but informative experience. We had to adapt quickly to all the varying personalities and needs. We figured out early on that the only way we could teach was if we gave them ample play time, so we played a lot, and I mean A LOT of basketball. We took walks to parks and ice cream shops, we danced… we really took the time to get to know the students so that we could create an experience that was unique to them and their needs.

We spent a week teaching cinematography, editing, and sound to some of the strongest, most talented kids I’d ever met. We separated into groups, and each of us mentors worked with one of the teams to create documentaries on subjects entirely of their choosing. The students created documentaries on friendship, prominent Lakota figures, music, and skateboarding. It was exciting because all of their stories reflected their lives and experiences growing up on the Rez. It wasn’t about poverty, drugs or sadness.

Instead, they crafted unique stories about themselves as complex and multidimensional human beings. Seeing the students watch the final product of what they created was probably my favorite part of the camp experience. Students who had never really considered filmmaking as an option had become filmmakers over the course of five days.

Truthfully, the first Outlast Film Camp was supposed to be a one-time thing. I felt inspired to create this summer program, but 21 years old me wasn’t thinking long term. I thought it’d be a good, fun thing to do over the summer. I thought working with fellow people of color was a step in the right direction in building bridges and coming together to push back on media misrepresentation. I just hadn’t thought about what the next step in that was. On the last day of our 2015 camp, during our goodbye party, one of the students raised their hand and said to me “Thank you for coming, Terri (my nickname at the time). I love you, and I’m sad I’m not going to see you anymore.” And with that phrase, I was in it for life.

Without a second thought, I replied “What are you talking about?! We’ll be back next summer!” And here we are, four years later, prepping for our 5th camp at Pine Ridge Indian Reservation.

Over the years, a lot has changed. The mentors have graduated from college and are working professionally. I’m a cinematographer, and camera assistant and those who started camp with me have gone on to produce award-winning content. Our growth as artists and professionals have made us much better educators, and after a lot of trial and error, we have found a workshop format that works best with our campers. We’ve gotten sponsorships that allow us access to higher quality, film industry standard equipment.

We’ve brought in Native American musicians and artists to work with our students, including Lakota Rapper Frank Waln and poet Tanaya Winder. The students work from the 2018 camp was featured in TeenVogue in honor of Indigenous Peoples Day. This summer, we’re heading back to the Rez, and we’ve partnered with Thunder Valley CDC, a community center that hosts a number of workshops and events. They’re doing the work to uplift their community and have invited us to host our camp through them. This is our final year where our camp will be exclusively at Pine Ridge.

Our 501c3 status is pending, and once that goes through, we can start applying for federal grants, which will afford us the funds to host our camp in additional marginalized and underrepresented populations. This is a huge step for us because once we realized that Outlast was an ongoing endeavor, we really wanted it to act as a bridge across communities, with women and People of Color coming together to create socially minded, respectful and accurate narratives about people who too often are ignored or poorly represented.

I’m really proud of what we’ve created. While the team has changed a bit over the years, Outlast is still run entirely by Women and People of Color. We’re a bunch of young creatives who now work professionally in our fields. We’ve got cinematographers, art directors, actors, producers, musicians, all of whom spend eight months prepping camp for free and a week on the Rez working camp for free. None of us are paid, and we do this work because we deeply believe that it’s important.

Great, so let’s dig a little deeper into the story – has it been an easy path overall and if not, what were the challenges you’ve had to overcome?
Our biggest struggle continues to be funding. Since we are not yet 501c3, we rely on crowdfunding and fundraisers to support our camp. Our camp is growing, as well as the scope of the student’s projects, so keeping up with funding is the most challenging part.

Outlast Film Camp – what should we know? What do you guys do best? What sets you apart from the competition?
The goal of Outlast Film Camp is to give the students the necessary tools to depict stories that share their view of the world. Every activity is centered on fostering the creativity and confidence needed to produce films that empower students to craft their own narratives. Our aim is to lay the foundation for the next generation of culturally and ethnically diverse filmmakers by teaching a nuanced set of skills, including but not limited to collaboration, organization, and attention to detail

We’re most proud of how everything about our organization shatters stereotypes. I am a Black woman and founded an organization led by women and people of color that allows us to share our skillset to empower the next generation of ethnically and culturally diverse artists. We aren’t aiming to be saviors. In fact, its the opposite. We collaborate to create space for us all because together, we can Outlast anything.

What moment in your career do you look back most fondly on?
I’m proud that we’ve created something that inspires students to come back every year. We have several students who have come back most, if not every summer. It means our program is something they enjoy and that they’re getting something from the creative process. I’m proud to service budding artists that are so often ignored by mainstream media.

Most recently, I’m proud of the students for doing such phenomenal work on creating a music video from Frank Waln’s “Wokiksuye” that he released it as his official music video and that TeenVogue featured it. The students made the music video on their own. They filmed it, art designed it, choreographed and directed it. 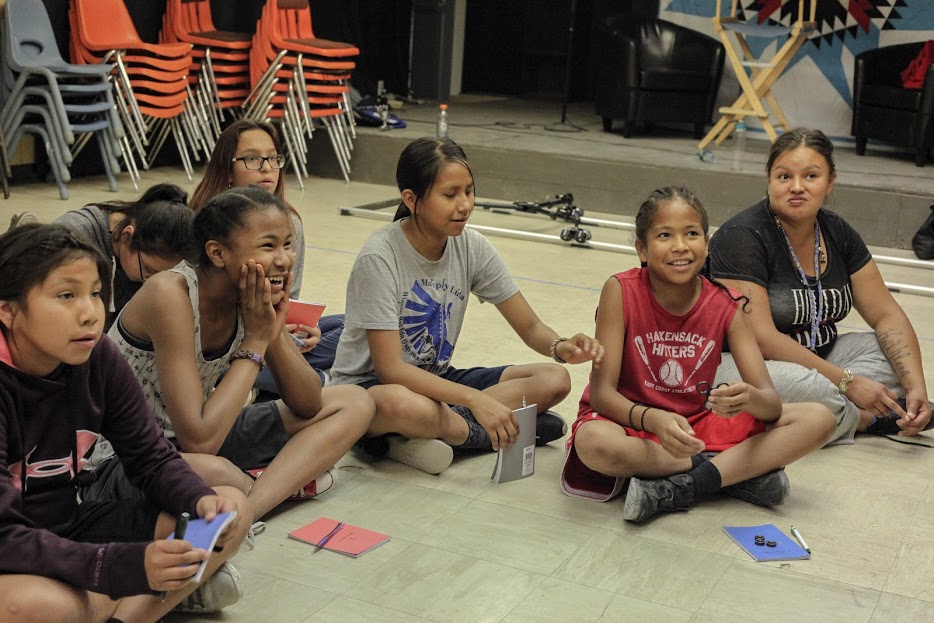 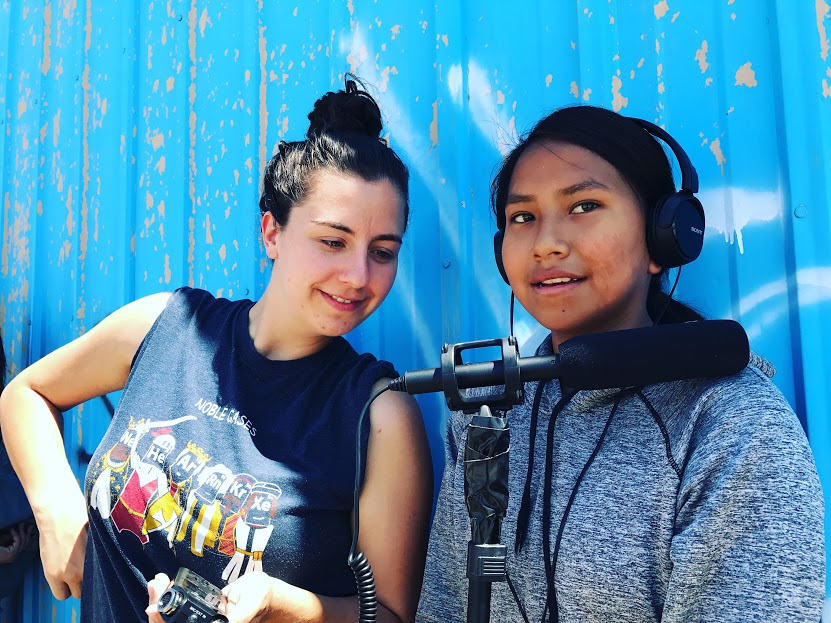 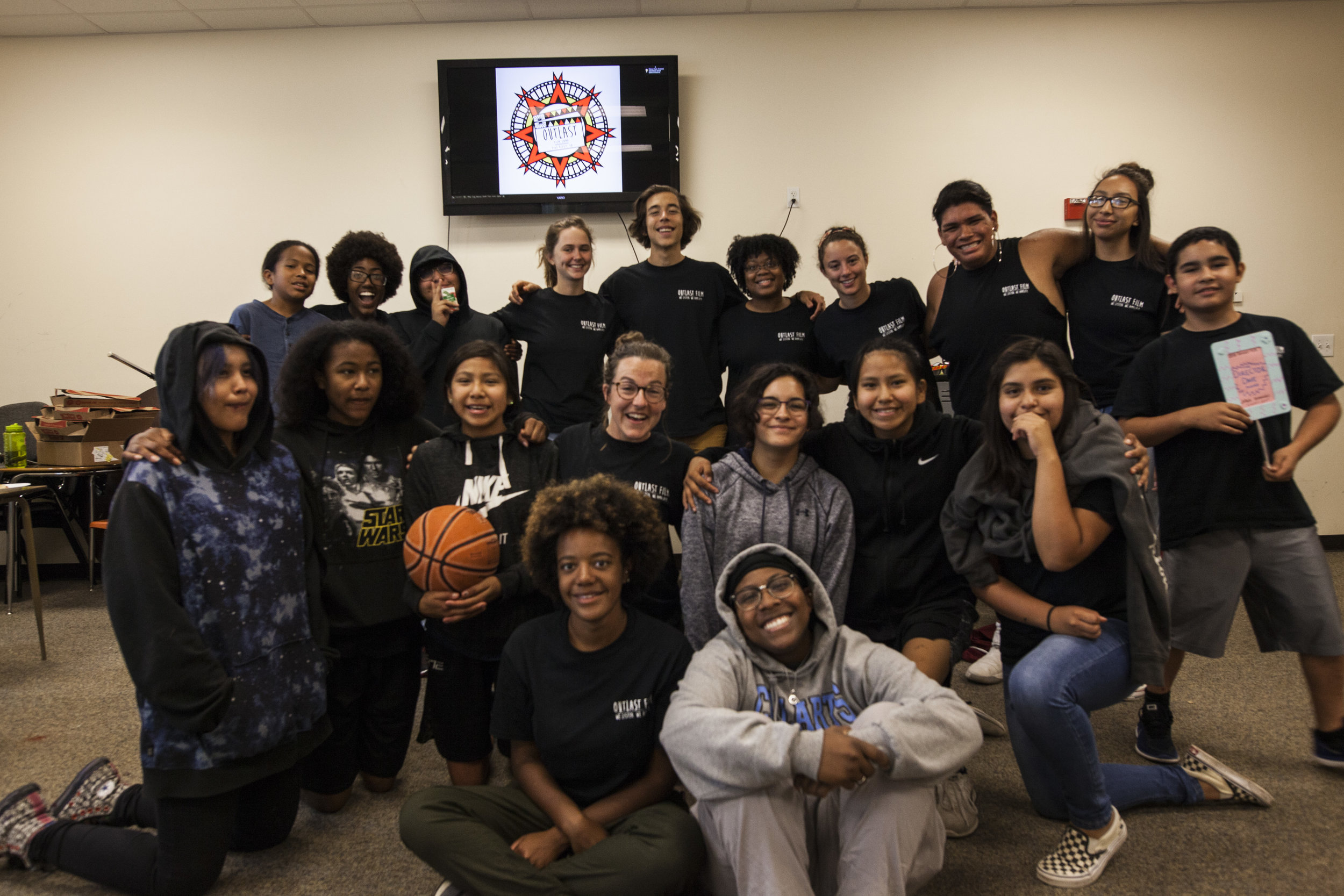 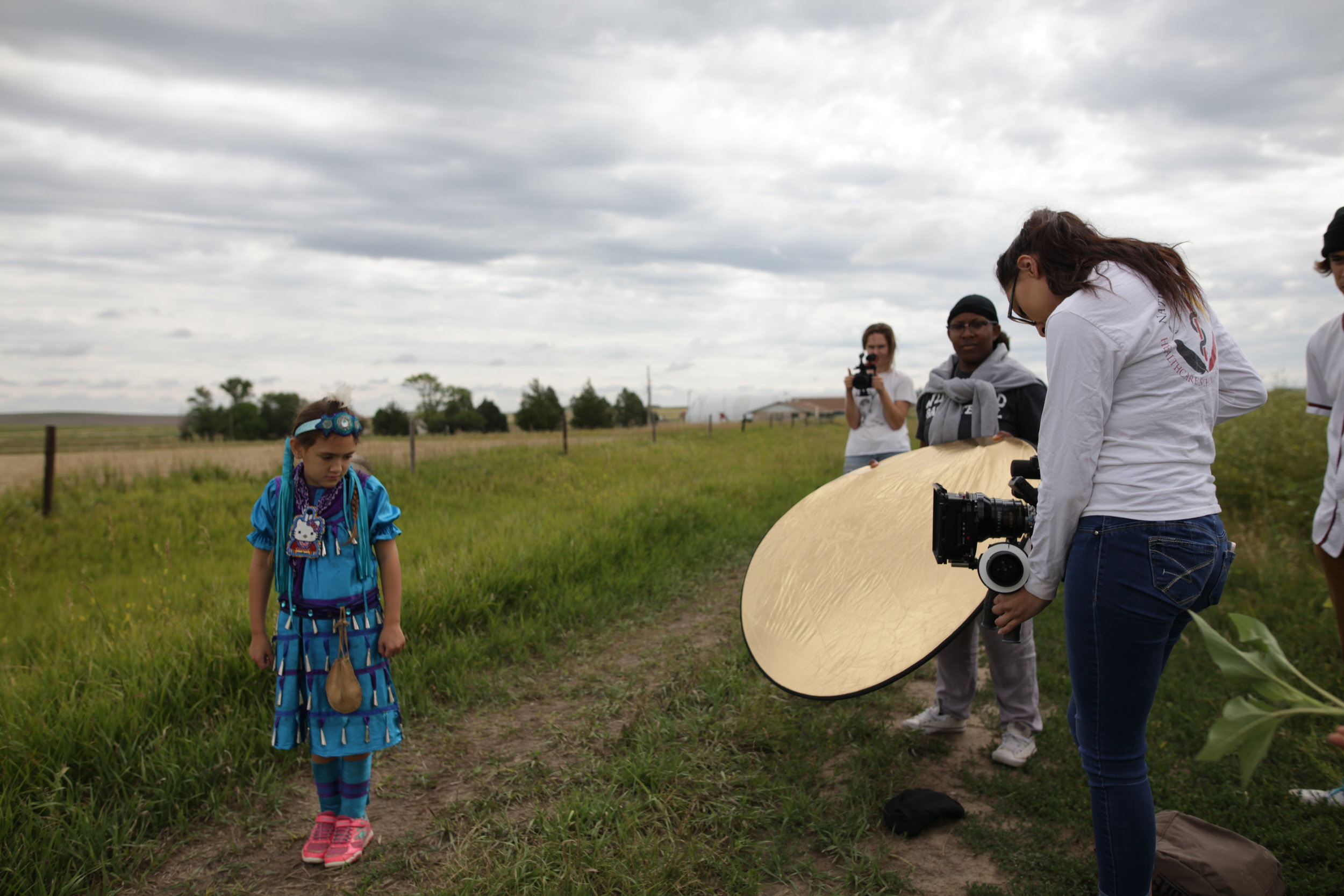 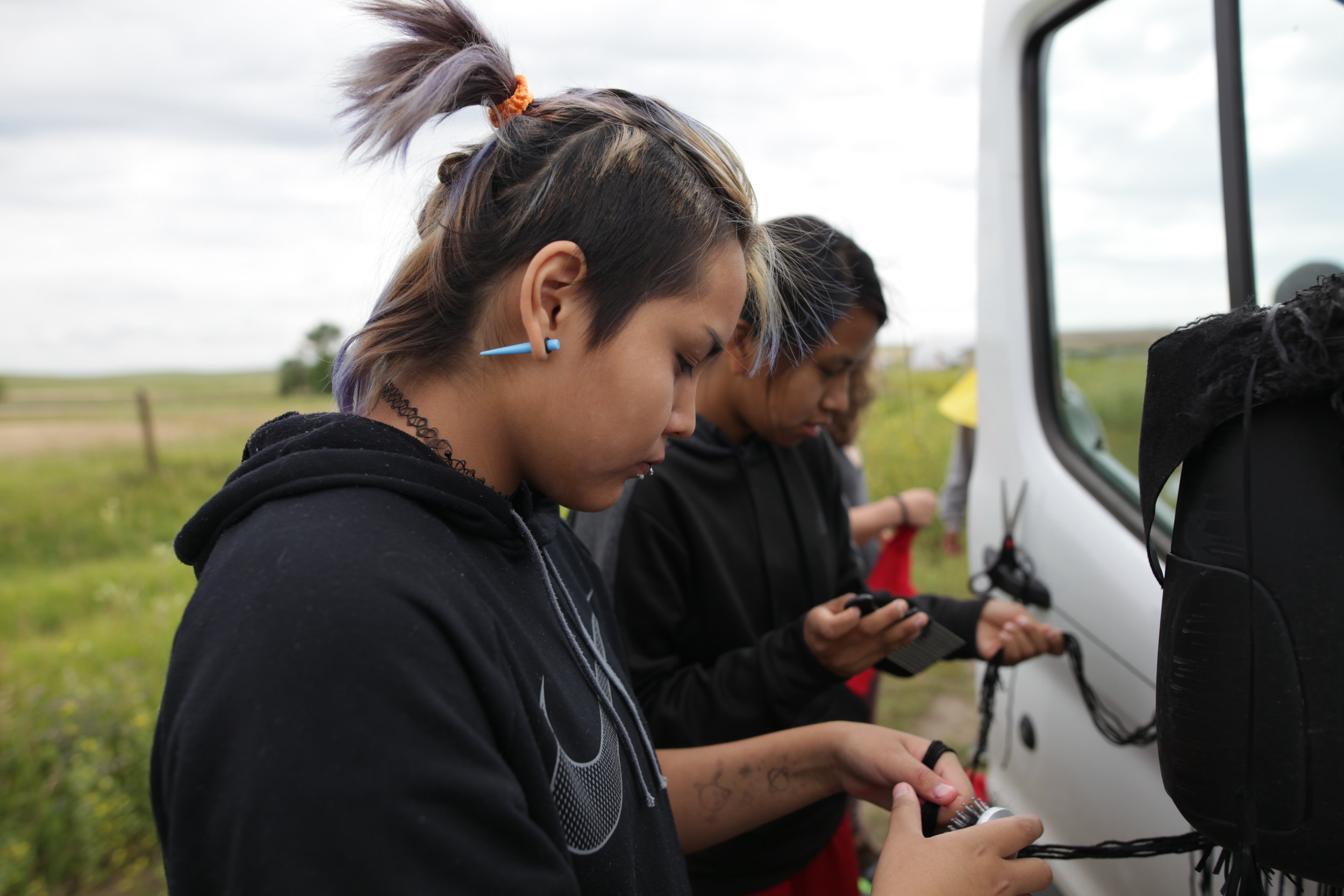 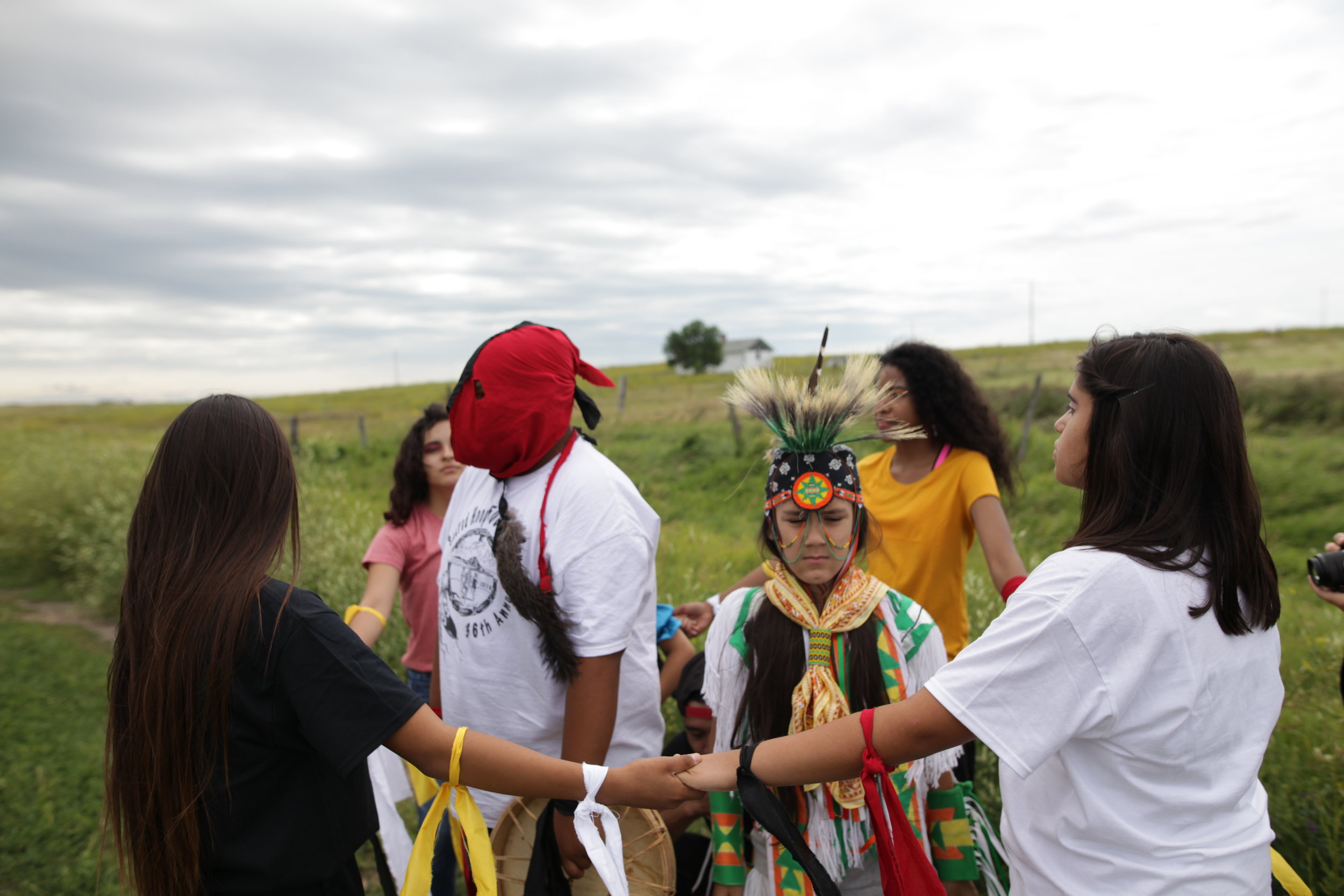 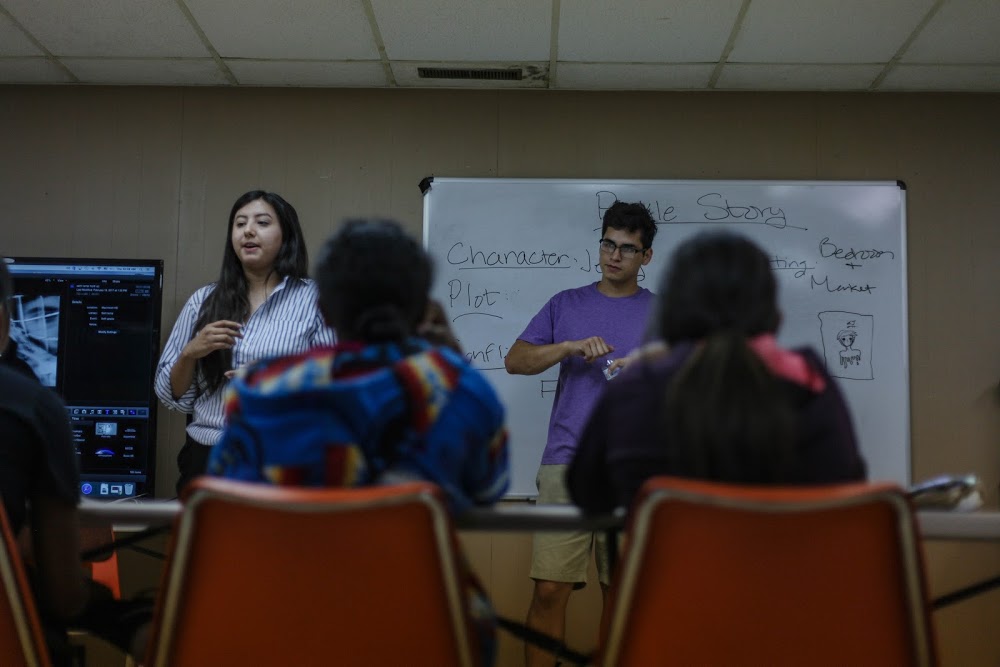