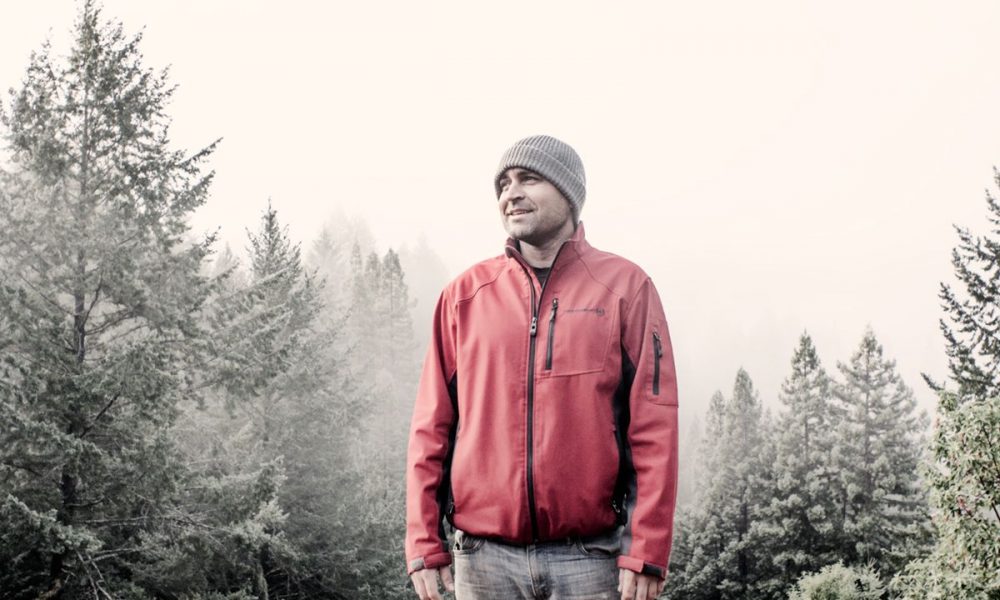 Today we’d like to introduce you to David Lee Dailey.

David Lee, please share your story with us. How did you get to where you are today?
Born and raised in N. California. Found photography at age 15, and immediately loved it. I prefer shooting and hand-processing B+W film. Attended college at CSU Sacramento; enrolled as Mechanical Engineering major. Was a pro snowboarder for a few years. Moved to Los Angeles about 5 years ago, where I try to make as many portraits as possible. I love photographing people; whether portrait, documentary, candid, or whatever.

Has it been a smooth road?
Haha, absolutely not. Aside from the cliche of being a “starving artist” for over a decade, I have had some pretty crazy living situations; my first roommate in LA turned out to be psycho and placed a ton of irrational rules on me after one week in that space- he would become enraged after I would grind veggie cuttings in the garbage disposal, or hang my towel in the bathroom to dry. I’ve lived in my car for weeks with only a few bucks in my pocket; the only thing that kept me going at that time was the knowledge I would make something happen because my heart was full of love and dedication… that did work out for me. Also, I’ve really had to earn the faith of family members, and friends alike, who doubted ANYONE’S ability to survive as a photographer in this society. Lol. Outside of those major, personal struggles and doubts about my future, I’ve had plenty of girlfriends give me trouble because they were either uncomfortable with the fact that I work with beautiful women, and/or, they thought I was going to be broke forever; in the end, I’m better off without the gold-digger types. Haaa! And just like all successful artists, I’ve had to face a lot of rejection; I’ve performed gigs where people were very dissatisfied with my work (I feel it’s because they weren’t hiring me for my unique style, they wanted me to shoot like someone else they saw in a magazine). Making it this far has taken more tenacity than I realized I possessed, and I’m just beginning.

What are your plans for the future?
Over the next few years, I’ll be focused on expanding my client base, and creating new works that aren’t strict portraits. I really love social documentary photography and I’m working on a few projects, hopefully, one of them will be slightly compelling, haha. Also, I’d like to do more still photography on-set, and gallery work for films and television; I’ve done a little in the past, which I loved. On another note, I’m considering seeking an agent in the next year so I can focus exclusively on my works… that’s probably the only MAJOR change I have planned. Other than that, I will be surfing and backpacking as often as possible.

Let’s explore some of the challenges you’ve faced along the way. What was the most difficult part of your career so far?
I suppose the MOST difficult was my transition to LA. I visited the city for my first time in the summer of 2010, to work on-set with an independent film- that was my greatest summer ever. I decided I would move to Los Angeles the following year. When the time came, I packed my ’77 Mercedes with the bare necessities and drove south; after arriving I hit Craigslist for a place to live. I met with a few people and I moved in with one that seemed educated and cool- I was wrong about that. After 2 weeks it became apparent this living arrangement wouldn’t work. About 2 weeks later I came home around midnight and my “roommate” told me he had found someone else to take my place, but I had to leave immediately; the choice was easy, so I packed my car, again. After the car was packed, my second month’s rent was refunded and I drove off, nowhere to go…. I slept in my car that night and got a storage unit the next day. At that point, I didn’t have enough money for the first month plus security deposit, so I couldn’t really get into a new place. I decided the best thing would be to sleep in my car and use my laptop to look for jobs, that way I could make enough to get a place. Since I was living in my car, I knew the beach was the only shower I could access regularly, so I always stayed near the water. After about three weeks of unsuccessful interviews and living in the ’77 Mercedes around the Manhattan Beach area, I was running out of money… quickly. The only thing that kept me going was the knowledge that if I kept giving it my all, the universe would send something good my way- and it really did. I would always surf early and shower on the beach, so I could attend interviews, etc. Since I was something of a regular on the sand, I befriended several locals and, after learning my story, one of them offered me a room for a DRASTICALLY discounted rate- I accepted. So for the next year I lived there and worked on my portfolio while earning what little money I could to pay rent and I always cooked because I’m pretty handy in the kitchen, haha. I believe this individual truly did something altruistic to help someone they perceived as being too talented to be homeless; so for those of us who think Los Angeles is totally self-absorbed, all I can say is… “not completely”.

I found myself in that spot because I was chasing big dreams while carrying an empty wallet. Sometimes in life, belief in our ability to succeed is all we really need,though.

What about “Wow-moments” – any moments that stick out? Any moments when you felt like you had made it?
The first moment was when I saw my work in national circulation…. and a month later I was asked to shoot a second gig by the same publication. Lol.