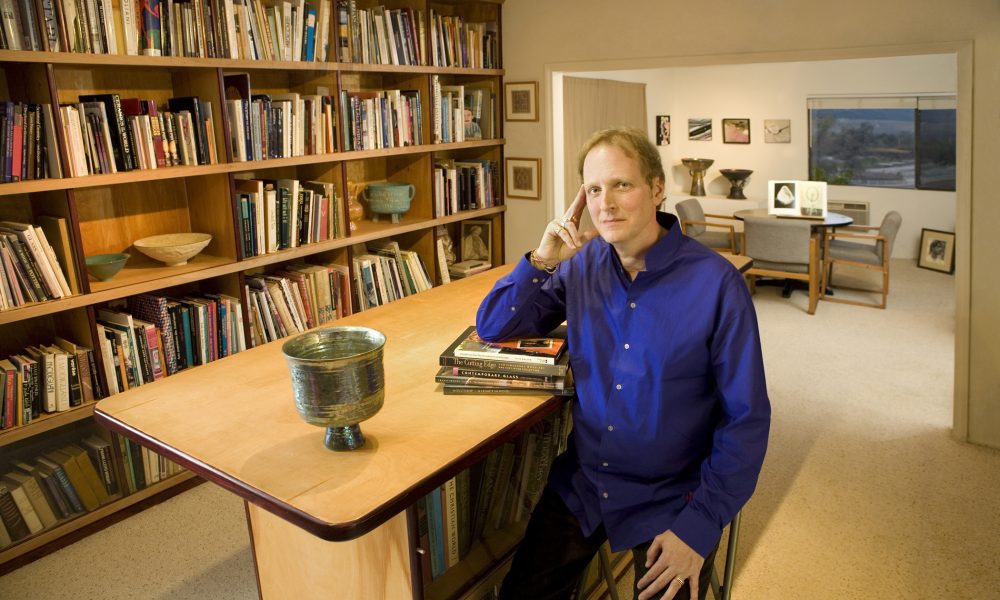 Today we’d like to introduce you to Kevin Wallace.

So, before we jump into specific questions, why don’t you give us some details about you and your story.
I arrived in Los Angeles in 1978 with guitar in hand. I was still in my teens and like so many who come to Hollywood with dreams, I was ready to be a rock star. While playing local clubs and recording songs, I found my music didn’t fit in an industry that had moved on to the likes of a more increasingly commercial electronic-Pop-MTV and New-Wave style kind of music culture. The country-folk-rock singer/songwriter tradition had fallen out of fashion, and what was considered cool at the time was not the kind of music I was interested in creating.

I fell madly in love with the first girl I met in California and we settled in West Los Angeles, where we lived for three decades. We worked together at del Mano Gallery in Brentwood for over a decade and came to Ojai to visit the artist Beatrice Wood – which ultimately became life-changing. I then became an independent curator, guest curating exhibitions for the Los Angeles Department of Cultural Affairs, the Los Angeles International Airport, the Craft & Folk Art Museum, the Long Beach Museum of Art and the Los Angeles County Museum of Art. I also became a writer, publishing a number of books celebrating the materials and processes that date back to the beginnings of human expression, as well as countless articles.

In 2005, I curated a Beatrice Wood exhibition for the Craft & Folk Art Museum and was invited by the Chairman of the Board to replicate the exhibition in Beatrice Wood’s Ojai home, turning it into an art Center. Today my wife and I, having been together since the day I arrived in LA, run the Center where we present workshops, performances and exhibitions.

Four decades after arriving in Los Angeles to become a rock star, I am pleased to announce a debut album of all original songs, released in celebration of my 60th birthday. The time has come for the songs I had quietly written over the decades to be shared with the world. While aging rock and country stars are still touring, with fans remembering their youthful looks and moves, there is a benefit to appearing on the scene already a little worse for wear.

My hope is to inspire but making clear that we should all embrace dreams that fell by the wayside. It’s never too late to record that album, write that novel, or begin creating works for exhibition and performance.

We’re always bombarded by how great it is to pursue your passion, etc – but we’ve spoken with enough people to know that it’s not always easy. Overall, would you say things have been easy for you?
It’s never easy and it’s not clear why things don’t work out the way we planned when it’s all happening, but I’ve found that in retrospect it all makes perfect sense. Every experience I’ve had is connected.

Sadly, I’ve lost two close friends and collaborators, and this effected my life and work. Brandon Dickerson, a musician friend who I met while in high school, was the one who arranged for me to have a job and place to live, making it possible for me to move to Southern California. He was also the one who introduced me to my future wife. We had so much in common, that we clicked from the moment we met. We were writing songs together in my garage studio in West Los Angeles when he passed away, and it was so difficult to deal with that I couldn’t bring myself to go out in the studio and work on music. I just didn’t pick up my guitar for years. Instead, I set about writing a novel about a guy who loses his best friend, using our songs as the basis for the story, which helped me to work through my feelings.

In 2003, I was introduced to an artist names Binh Pho, as mutual friends believed I was the ideal person to write the story of his life. It was quite a story – growing up in Vietnam during the war, attempting escape after the Communists took over and being put in a prison camp, getting out and attempting another escape, with the Communists firing at the boat and causing it to leak… they had to decide whether to go back and face punishment or risk death at sea – and they chose to keep going. They were bailing the boat out constantly until they arrived in Malaysia, where they were told there was no room and they had to go back. Instead they let the boat sink – and he ultimately fell in love with a young woman on that boat and they had a wonderful life in the US, with him becoming a successful artist. I wrote that book, in conjunction with a museum exhibition, and then we collaborated on a second book with an exhibition that toured museums across the United States. We were working on a third project when he was diagnosed with an aggressive form of cancer, which took him within a year. Fact is, I’m still working through that loss – he was someone so filled with life and it’s still difficult to believe he’s gone.

These losses impacted my life and my work. They were setbacks personally and professionally. I recently recorded a a new CD, with half the songs being ones I co-wrote with Brandon a quarter century ago. We do what we can to keep those we love alive, and it truly felt like Brandon and I were working together. I’m sure I’ll come up with a project that involves Binh’s work in some way eventually.

Please tell us about Beatrice Wood Center for the Arts.
I am honored to work for an educational non-profit, which began as a Utopian vision in 1927 for creating the model for a new civilization. My days are filled with sharing the stories of the fascinating people who have been part of this foundation – Annie Besant, J. Krishnamurti, Aldous Huxley, Beatrice Wood – and many others. People are inspired by Beatrice Wood, who was a member of the NY DADA Movement with Marcel Duchamp, worked as an actress for decades, reinvented herself as a ceramic artist at the age of 40 and began publishing books at the age of 90. She lived and worked until the age of 105, with the happiest, most successful years being in her 80s and 90s. This is one of the reasons I recorded a debut album at the age of 60 – it’s important to inspire others. She was also a great humanitarian, a romantic and had a wonderful sense of humor, so it’s an honor to care for her legacy. Pretty much everyone I know is an artist, musician, filmmaker, actor, dancer or writer. I always tell people that, if you want to get rich in this life, the arts might not be right for you, but if you want to live a rich life, you can’t beat it.

Has luck played a meaningful role in your life and business?
I don’t believe in luck, as it suggests a system (if a random one) and I believe that there is no way for us to truly understand what happens in this life. That said, I believe that there is something going on – something exceptional that is beyond our understanding – and that we have to trust out hearts and what our gut tells us in navigating this life. I believe we have to be suspicious of listening to the mind too much, as it thinks it’s the boss, and ego gets mixed up in it all. The mind is better used as a tool, than the driving force in our lives. 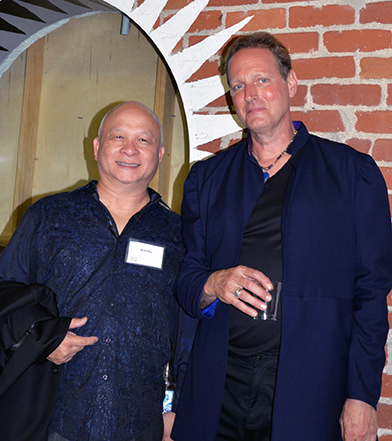 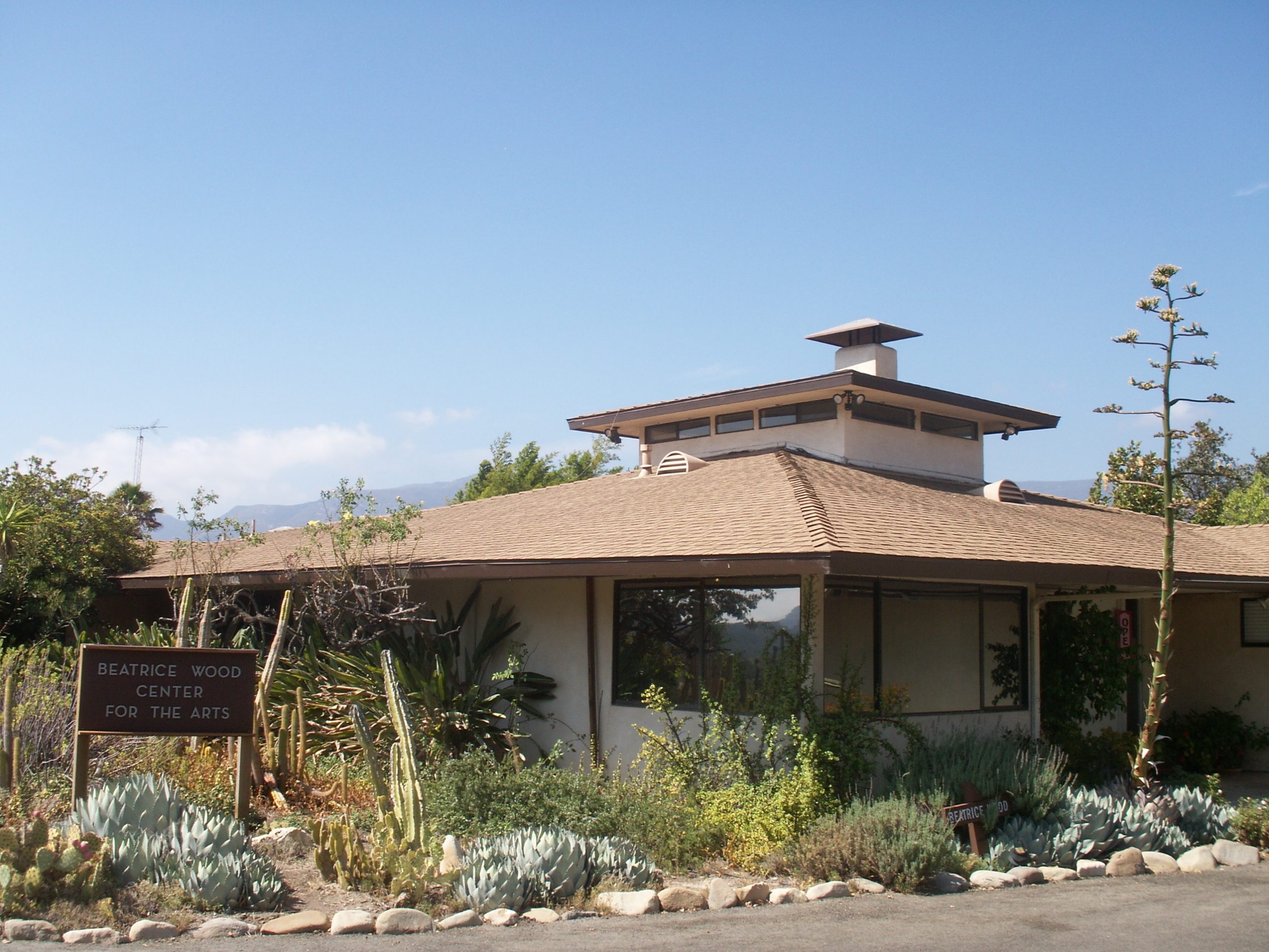 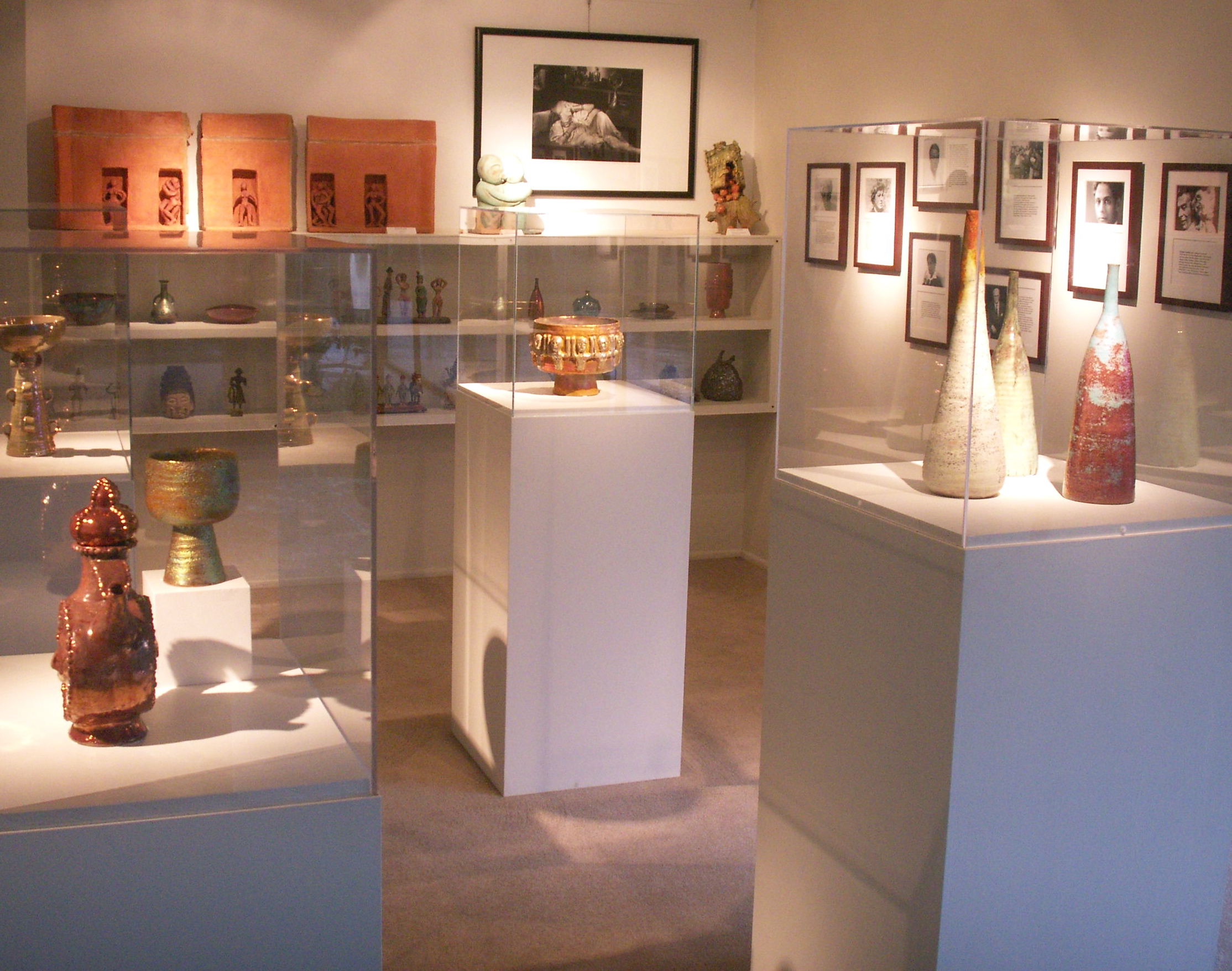 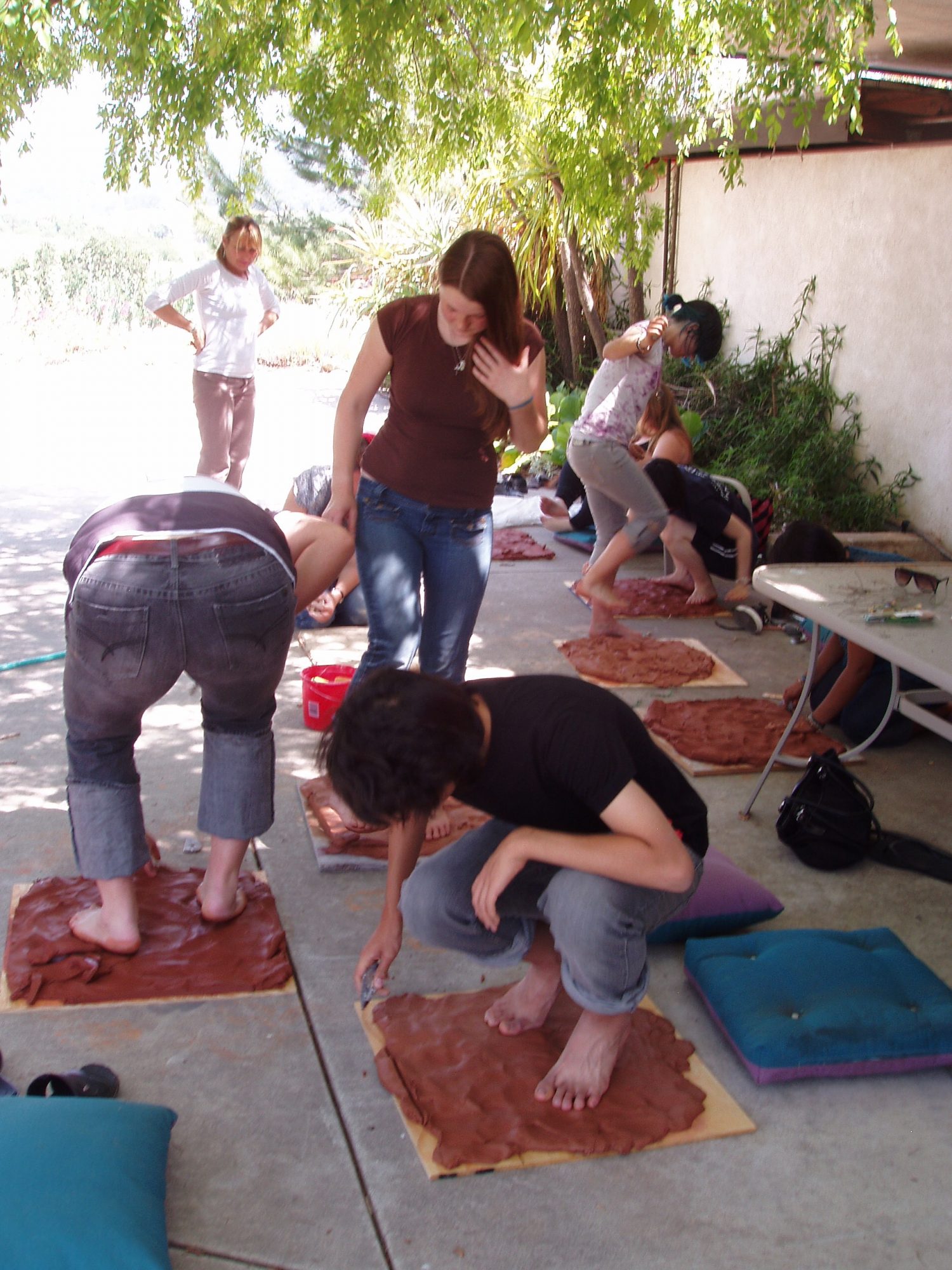 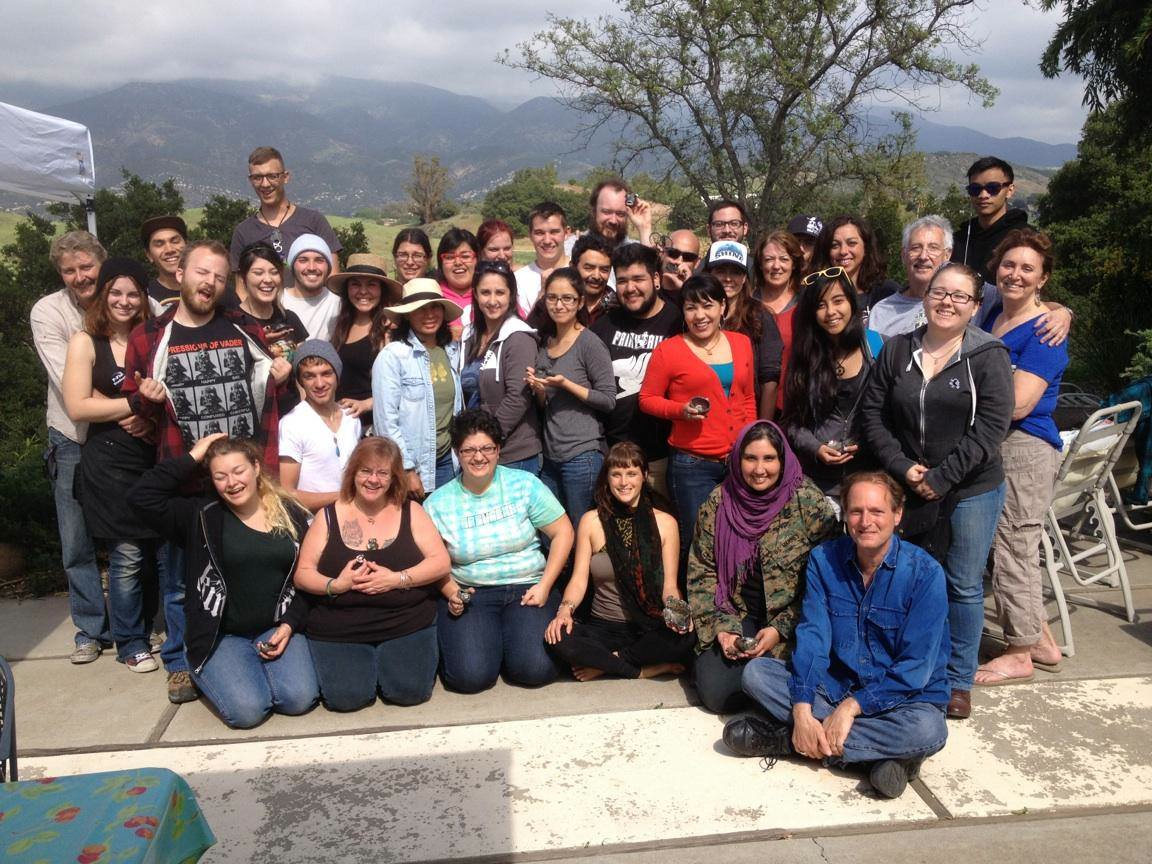 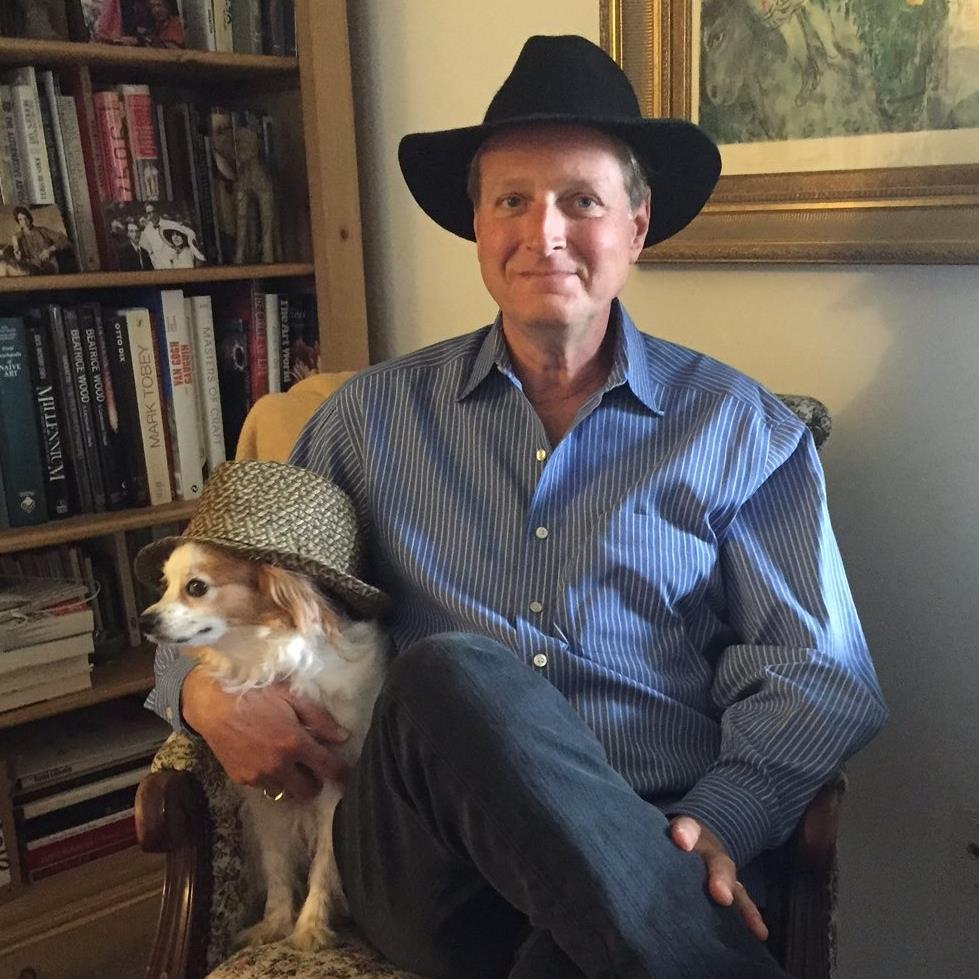 Image Credit:
Photo of Kevin Wallace and his dog Zelda by Seda Sevada, all other photos Courtesy Beatrice Wood Center for the Arts.