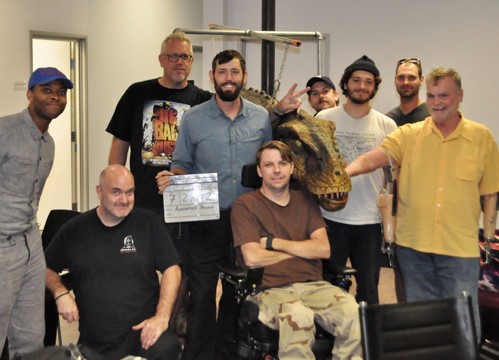 Today we’d like to introduce you to Kelli McNeil, Alexander Yellen, Tobias Forrest, and John Lawson.

Kelli, Alexander, Tobias, and John, can you briefly walk us through your story – how you started and how you got to where you are today.
Fed up with incorrect portrayals and the one-sided narratives in film and television of persons with disability, screenwriter Kelli McNeil set out to tell a story that was different from the usual Hollywood clichés. The real plot twist? Casting actors with the actual physical representations of the characters in the script: a paraplegic and a double amputee.

“I wrote Daruma as a way to process my own grief after a member of my family suffered a spinal cord injury that left them paralyzed,” explains McNeil. “But what I saw was that even though they no longer had the same body after their injury, their spirit and personality were unchanged. The characters in my story are fictionalized, both persons with a disability, but the movie is not about their disabilities. They’re just two normal guys who happen to be disabled.”

McNeil wrote the story more than a decade ago and it sat in a drawer until it crossed the path of the film’s now director, veteran filmmaker Alexander Yellen.

“By the second page I was laughing,” says Yellen. “It surprised her (McNeil). She hadn’t set out to write a comedy but what she’d created was a really smart, funny, moving narrative with these two great characters at the center. I knew it was going to be an uphill battle to get Daruma produced but I also knew it had to be made and that I needed to help make it happen.”

With more and more calls for film and television productions to accurately represent persons with disability, the pair set out to shoot a proof of concept and did a nationwide casting call to authentically cast their two lead actors in the fall of 2018. This led them to Tobias Forrest and John Lawson, both veteran film and theatre actors as well as disability advocates.

The project now has the support of organizations like The Christopher & Dana Reeve Foundation, RespectAbility, The Ruderman Family Foundation, and more.

The filmmakers have partnered with Seed&Spark and From the Heart Productions to begin crowdfunding for the project starting October 1, 2019.

Allen Rucker, Chair of the Writers with Disabilities Committee of the WGA and co-chair of the Media Access Awards weighed in on the current state of the industry and the way the filmmakers are approaching Daruma: “There are 61 million Americans with disabilities yet only a scant 2% of characters on TV are disabled. This is a historic disgrace. But change is coming and projects like Daruma are leading the way.”

“Having the chance to play a character that’s not defined by his disability and to tell a universal story that everyone can relate to is a rare and amazing opportunity,” says Tobias Forrest, who plays the lead role of Patrick.

“Being an amputee is a part of who I am but is not the sum total of what I am,” says John Lawson, who plays Robert in the film. “Having the opportunity to play a multifaceted character that just happens to be an amputee is what I’ve advocated for over 25 years for.”

“Most movies with disabled characters present disability as a thing the lead has to get over in order to achieve their goal,” said McNeil. “Or the infliction of a disability is the inciting incident in the movie, the clichéd narrative of ‘here was life pre-trauma, here’s the character coping with life post-trauma’. And I don’t think that’s right. I think diversity is something to be celebrated, now more than ever.”

Lauren Appelbaum of RespectAbility invited the filmmakers to screen their proof of concept at their entertainment summer lab during a session where John Lawson was a mid-career mentor.

“Daruma is exactly the kind of project RespectAbility advocates for,” says Appelbaum. “It embodies the values we’re pushing for in this industry— inclusiveness both in front of and behind the camera with a narrative that promotes a positive, accurate representation of disability.”

As interest in the story grew from other organizations, the production team sought and was granted fiscal sponsorship by From The Heart Productions and will be fundraising on the indie filmmaker platform Seed&Spark in October.

“We built Seed&Spark to be a place where people can connect through stories that matter, stories that give rise to voices that have been too long unheard, that not just entertain their viewers but help them see the world in a new way,” says Seed&Spark founder Emily Best.

Best continues: “Daruma is a family drama, but the way the team has chosen to craft and, more importantly, cast the story shows how the storytellers are trying to make an impact with their work. It’s the sort of impact a creator really only gets to consider when they have profound creative independence, which is why crowdfunding is such a powerful tool for change.”

Has it been a smooth road?
“Getting Daruma to become a reality has been and continues to be an uphill battle, which is why we are so grateful for the support of organizations like RespectAbility and The Christopher and Dana Reeve Foundation,” say McNeil.

“But with projects like “The Peanut Butter Falcon” starring Shia Labeouf and Dakota Johnson and “Pretty” from Santina Muha being produced by Kaley Cuoco’s Yes, Norman productions at CBS, the winds of change are in the air and a project like Daruma is poised for success.”

Though great strides have been made to bridge the gap for women and minorities in Hollywood, there is still much to do when it comes to creating opportunities for disabled actors and filmmakers. The team behind Daruma is committed to working with actors with disabilities and hiring persons with disability behind the camera as well and seek to prove that motion pictures are an art form that reaches everyone and so everyone should be able to participate in their creation.

So, as you know, we’re impressed with Daruma – tell our readers more, for example what you’re most proud of and what sets you apart from others.
Daruma is a feature film that stars two disabled lead actors but the movie has nothing to do with their disabilities – the leads in this movie just happen to have disabilities.

“This project is so different because it’s the first time I get to play a lead role that has nothing to do with my being an amputee,” says John Lawson.

“In real life I’m a dad, a granddad, a scuba instructor, and a private pilot. I like to think that casting directors don’t look at me and just see an amputee, but that’s the only time I get called in for roles when an amputee is required. I would love to see this industry change where I can be called in for the non-disability specific roles. I’ve played a few, but those were all indie films where the producers, like Kelli and Alex, saw past the hooks and saw the talent.”

In addition to authentically casting the lead roles, the team behind Daruma is soliciting resumes from persons with disabilities for crew and post-production positions. Those interested can apply on the website using the contact us form at www.DarumaMovie.com.

Let’s touch on your thoughts about our city – what do you like the most and least?
We’d looked at possibly shooting Daruma out of state to maximize potential tax incentives, but as we shot the proof of concept, we realized that everything we needed to successfully launch this project was right here in Los Angeles.

This year, Alex and Toby worked together on a short film for the Easterseals Disability Film Challenge founded by actor and producer Nic Novicki and John Lawson directed his own entry entitled “Second Date” starring Micah Fowler (ABC’s “Speechless”).

We’ve been overwhelmed by not only the support but the genuine talent in this community that calls Los Angeles home.

In addition to this, there are incredible resources like Seed&Spark and From the Heart Productions based here. Look out for our campaign to kick off October 1 on Seed&Spark! 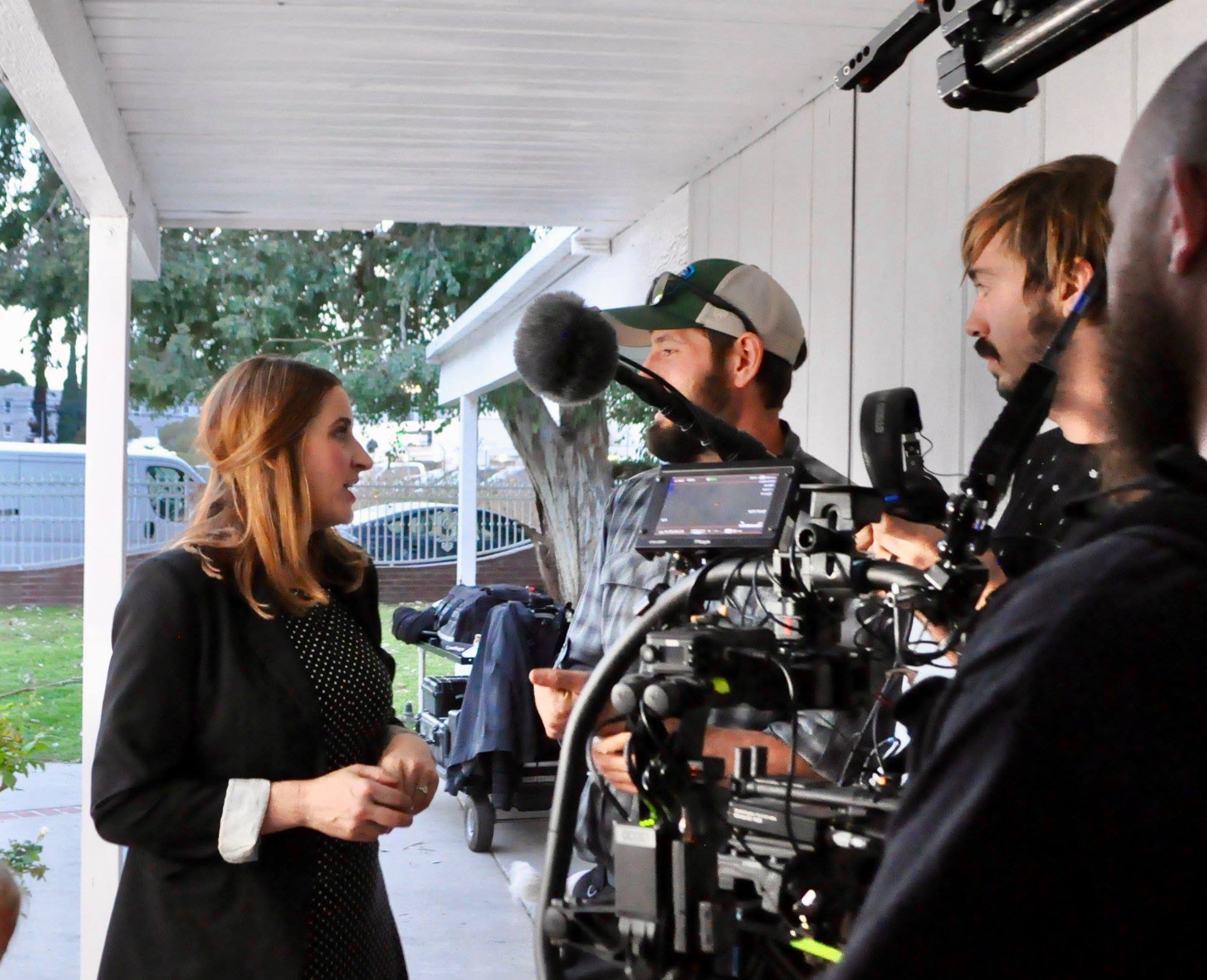 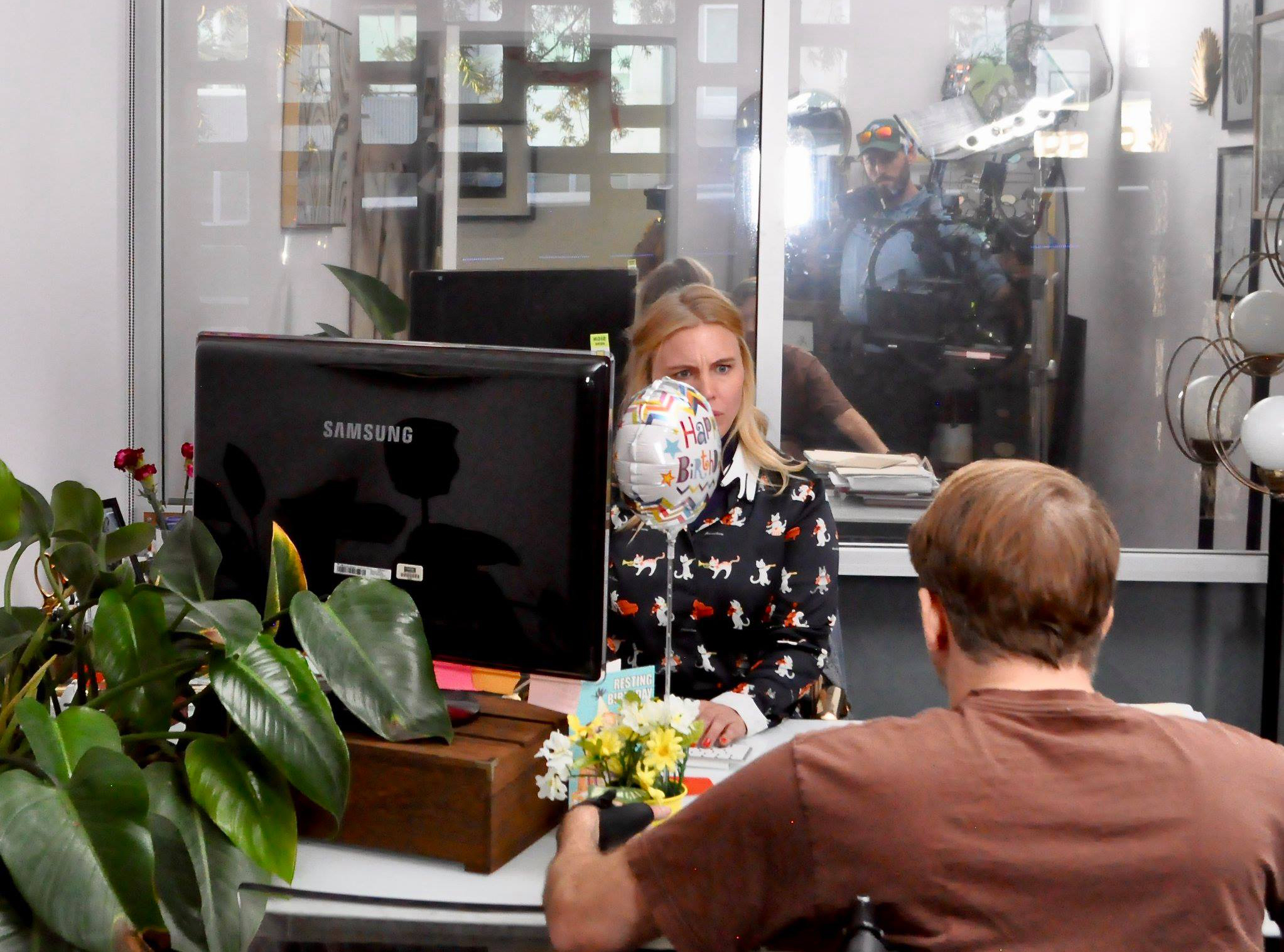 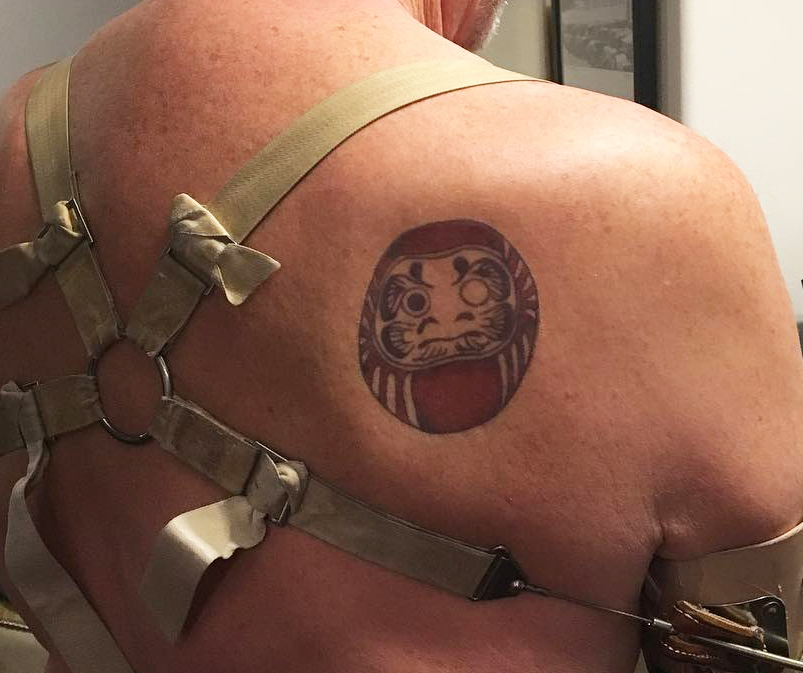 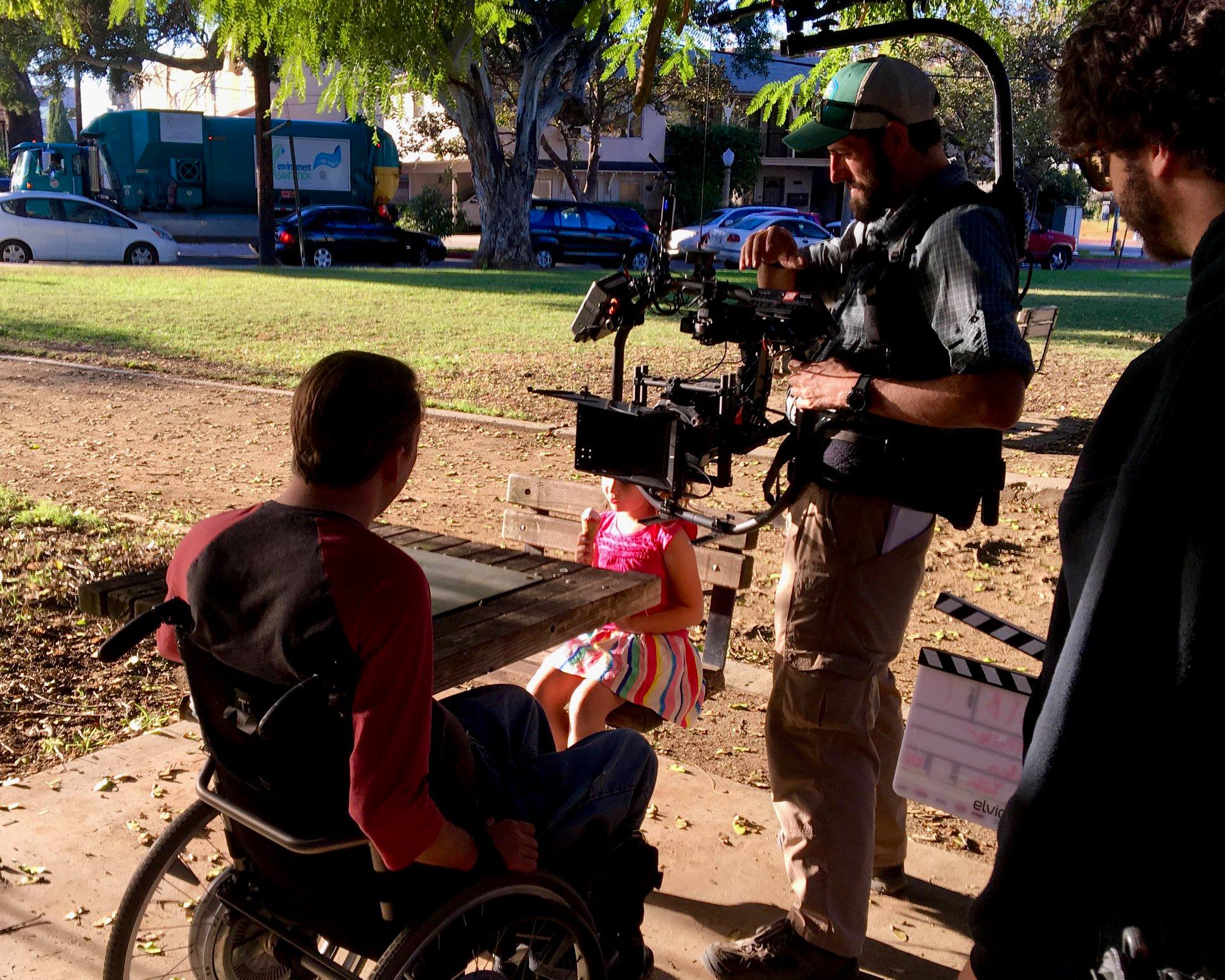 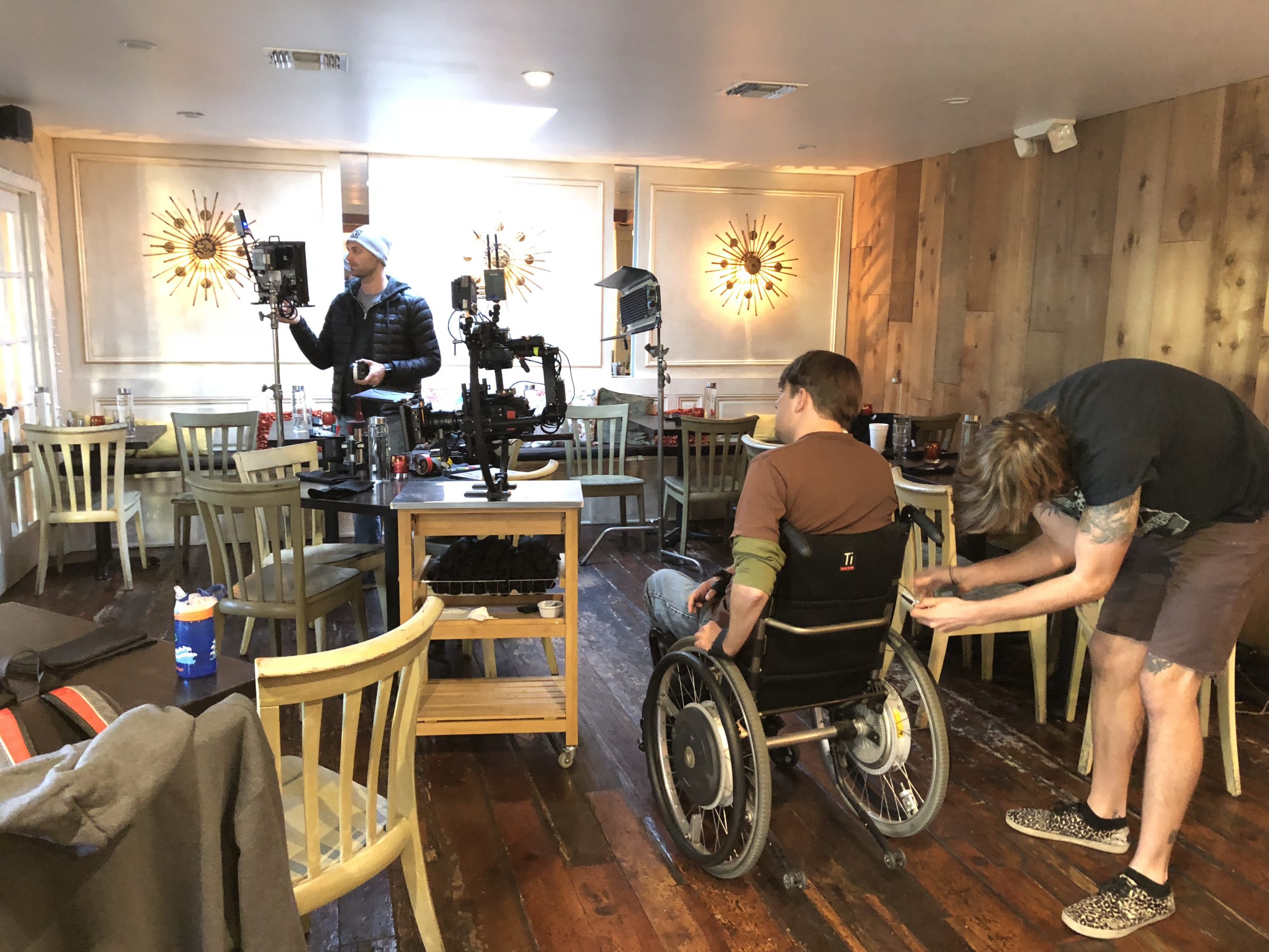 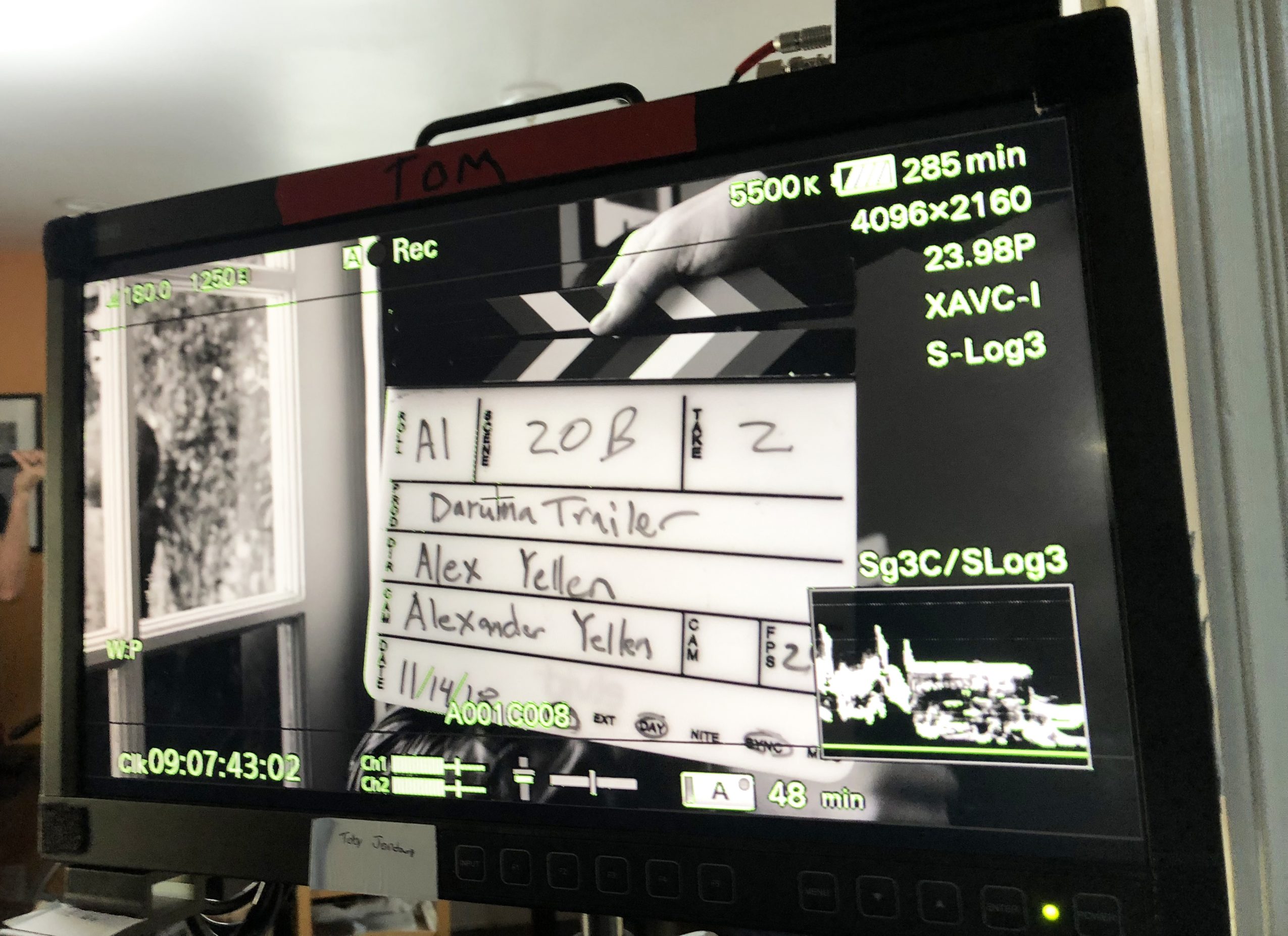 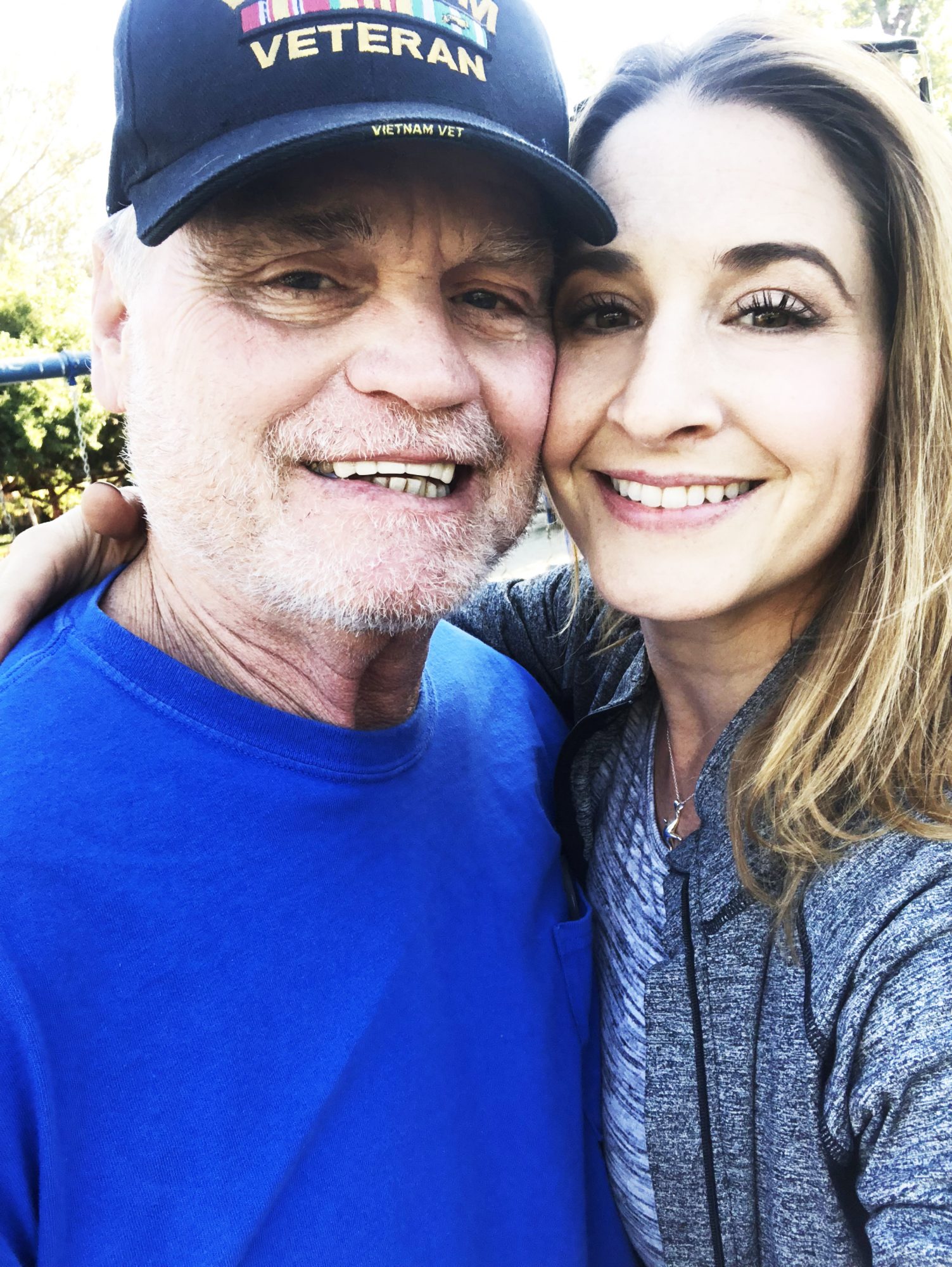 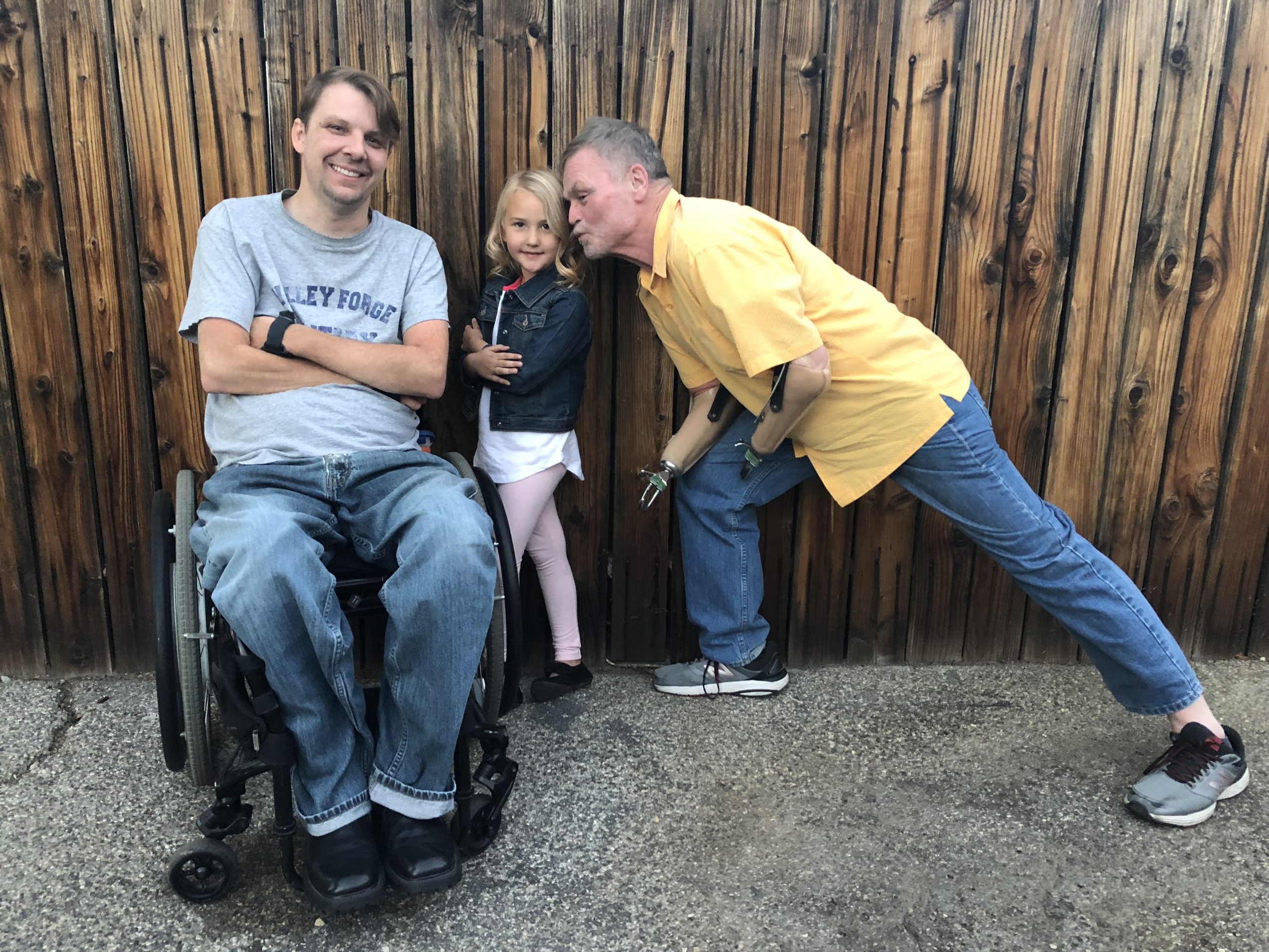